The chairman of Nike’s successful Jordan brand has revealed he murdered an innocent 18 year-old boy in 1965 while he was a gang member.

Larry Miller, 72, announced Wednesday in a interview that he served time in prison after fatally shooting Edward White when he was a 16 year-old member of Philly’s Cedar Avenue gang

Miller says he took to the streets drunkenly and in search of revenge after one of his friends and fellow gang members was fatally stabbed by a member of the rival 53rd and Pine gang.

The business tycoon didn’t know White, but wanted to avenge the murder of a fellow gang member, and says he ended up shooting and killing the first person he saw.

White did nothing to provoke him, and there’s no suggestion he was a member of any other gang. He died on the spot after being shot with a .38 Miller had gotten from his girlfriend.

Explaining himself, Miller said: ‘We were all drunk. I was in a haze. Once it kind of set in, I was like, “Oh, sh*t, what have I done?” It took years for me to understand the real impact of what I had done.

‘That’s what makes it even more difficult for me, because it was for no reason at all. 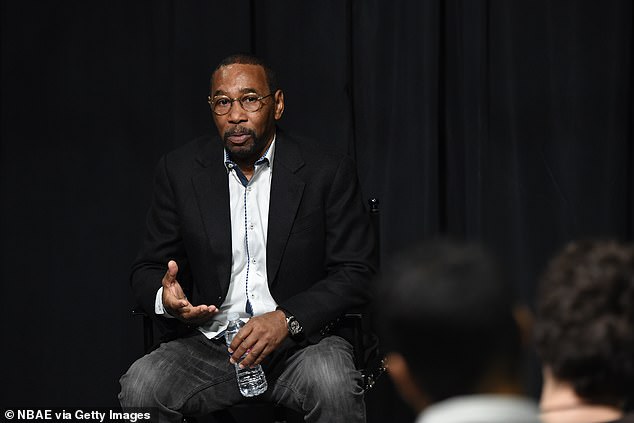 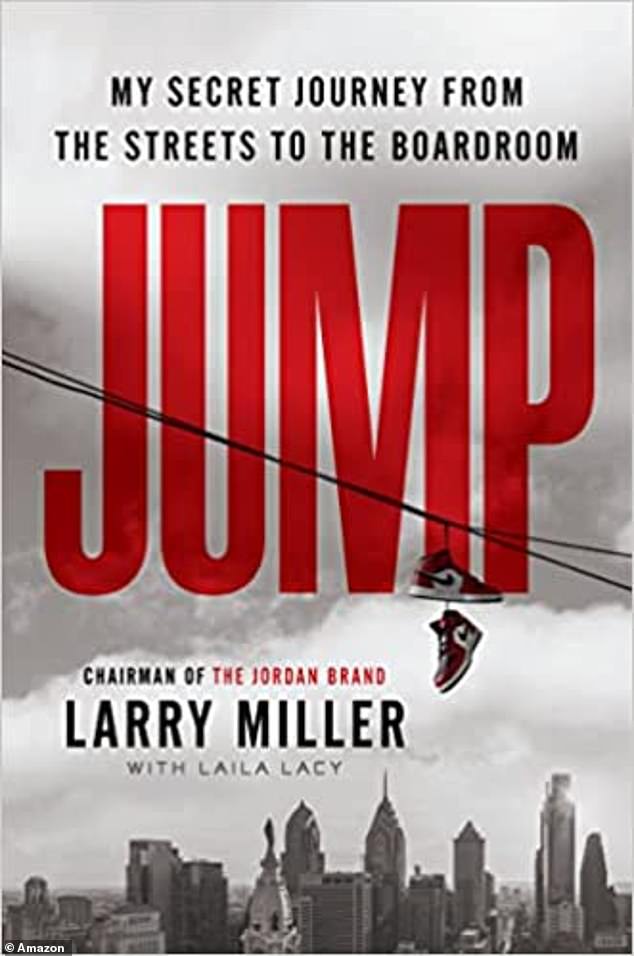 Miller has not revealed exactly what he was charged with in connection to White’s death or how long he spent in jail, but did indicate he was in and out of juvenile detention and prison for various offenses between the ages of 13 and 30.

He says he came from a good home, with a mom and dad who loved and provided for him, and was a straight-A student. Miller says he went off the rails at 13 after deciding he wanted people to ‘respect’ him more.

He say’s he’ll share more details in his upcoming book, which is being co-written with his daughter.  No photos of White have been shared, and members of his family have yet to comment.

Nike, famed for its desire to present itself as one of the United States’ wokest corporations, has come out in support of its CEO with a gushing statement.

CEO John Donahue gushed: ‘Larry Miller has played an influential role in Nike history and is a beloved member of the Nike family.

‘His story is an example of the resilience, perseverance and strength of the human spirit. I hope his experience can create a healthy discourse around criminal justice reform, by helping remove the stigma that holds people and communities back.’

Miller, who has also held held prominent roles with Campbell Soup, Kraft Foods and the Portland Trail Blazers, decided to share his story after suffering from severe migraines and recurring nightmares. He hopes by going public, he can prevent others, specifically at-risk youth, from making a similar mistake.

‘It was eating me up inside,’ Miller said. ‘If I could go back and undo it, I would absolutely do that. I can’t. So all I can do is try to do what I can to help other people and try to maybe prevent this from happening to someone else.’ 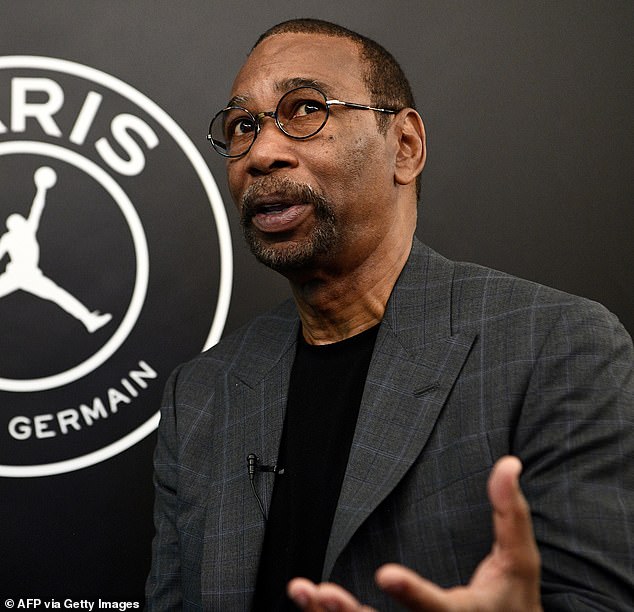 Miller decided to share his story after suffering from severe migraines and recurring nightmares. He hopes by going public, he can prevent others, specifically at-risk youth, from making a similar mistake

While incarcerated, Miller earned an accounting degree from Temple University.

After regaining his freedom he sought a job at prestigious accounting firm Arthur Andersen.

During his final interview for the position, Miller revealed the details of his past, which he says cost him the position.

‘I had an offer here all ready to give to you. But I can’t give it to you now. I can’t take the chance that somehow this blows back,’ the partner stated, according to Miller.

Miller claims in that moment he made the decision to never share his story again.

Although he claims he never lied on a job application, Miller said he lived in fear, especially as his career progressed and he was constantly in the spotlight.

He was able to get out of disclosing the murder, because most employers only asked for details of criminal convictions from the last five years.

Miller even went to visit the White House when Bill Clinton was president, and told of his shock when the security clearance came back fine.

‘[I worried] that somebody would tap me on the shoulder and say, ‘Hey, aren’t you …?’ Or, ‘Didn’t you…?’ And then everything would just kind of come crashing down,’ he said.

‘Just that pressure that was building up from keeping this inside and being afraid that it would come out and ruin everything.’ 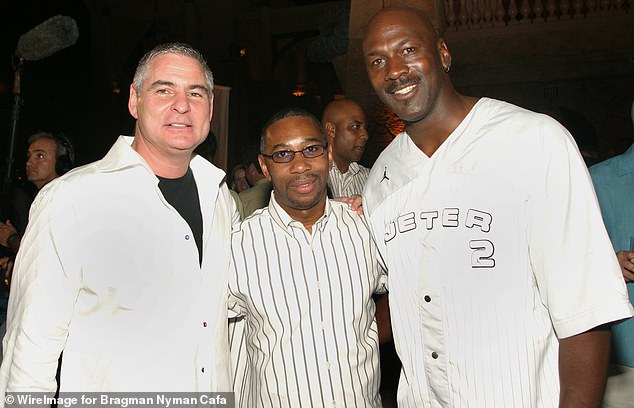 Miller (pictured center with Rick Mina on his left) says his friends, including Michael Jordan (right), and colleagues have been supportive of him sharing his story

He continued: ‘I was taking all these high-profile jobs. I’m like, ‘What is wrong with me? Why am I putting myself out there like that?’

Miller decided to share his story in the upcoming book Jump: My Secret Journey from the Streets to the Boardroom that he co-wrote with his daughter, Laila Lacy.

However, he decided to speak about the shooting before the novel’s January 18, 2022 release because he wanted to details of his past to become public on his terms and timeline.

‘This was a really difficult decision for me because for 40 years, I ran from this. I tried to hide this and hope that people didn’t find out about it,’ Miller shared. 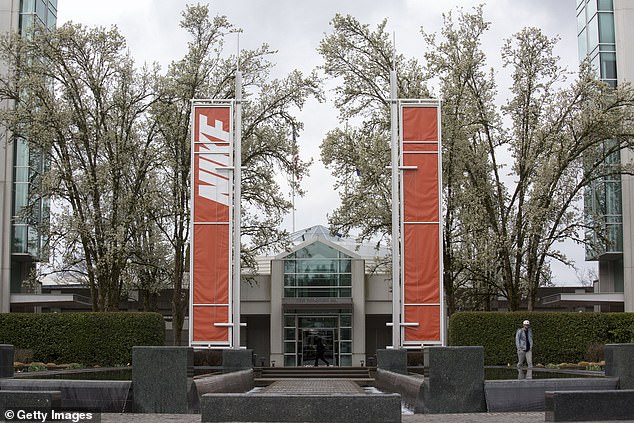 Silver echoed Nike’s claims saying that although he was ‘stunned’ after having never hearing a ‘rumor or whisper’ of Miller’s criminal past, he was amazed by the businessman’s strength.

‘I then went from stunned to amazed that Larry had managed his long and very successful professional career, operating at the highest levels in our industry, with this secret firmly intact, and was ultimately left with a feeling of sadness that Larry had carried this burden all these years without the support of his many friends and colleagues,’ he said.

Jordan, although not directly quoted, is also said to have been supportive.

Meanwhile, Miller is ready to present ‘both versions of himself’ to his loved ones and the public in hopes that others can follow his path. 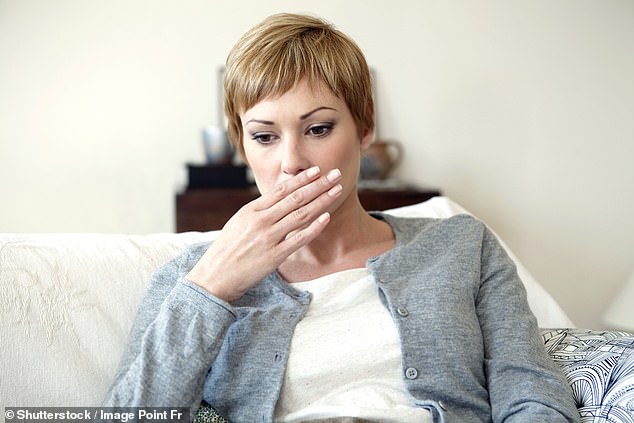 Burping is seen as ‘rude’… but it’s a vital bodily function to prevent pain, experts say 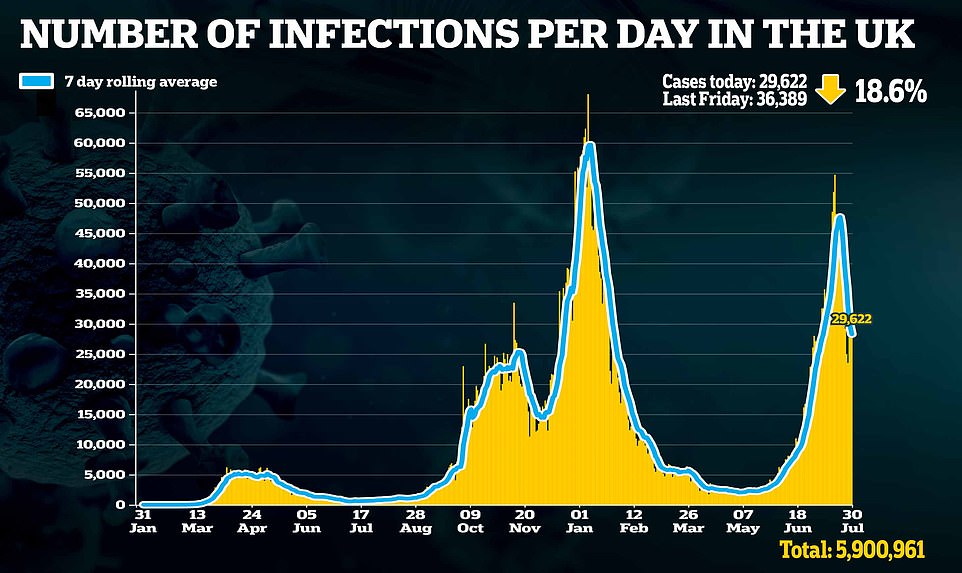 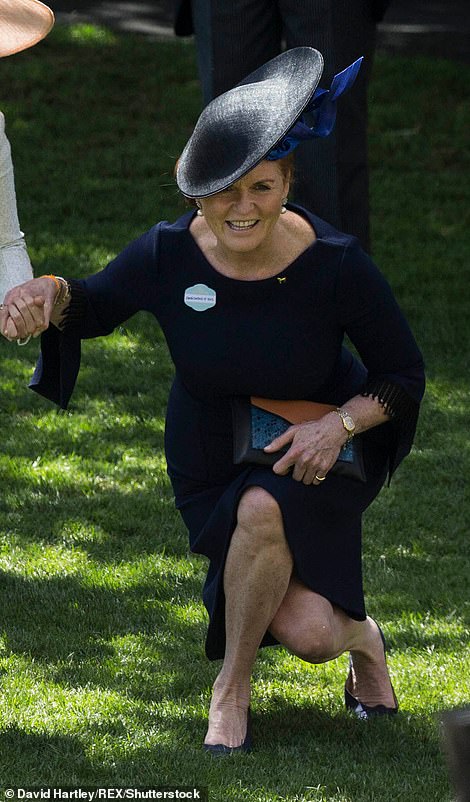 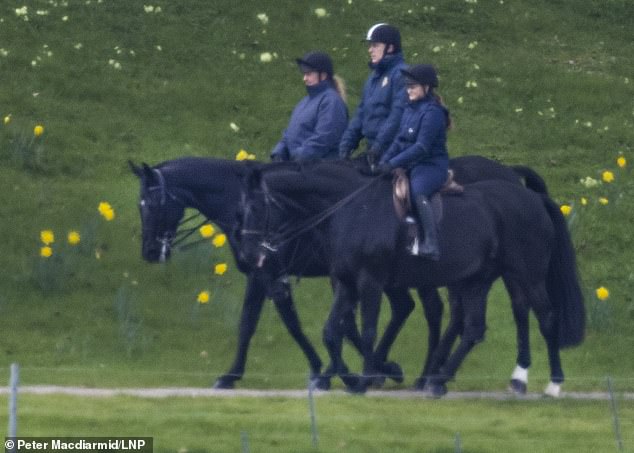 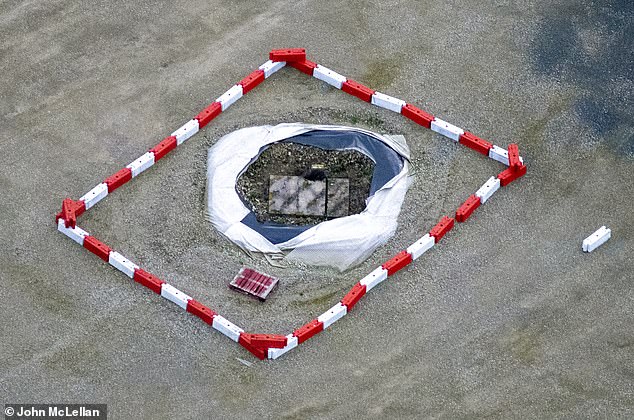 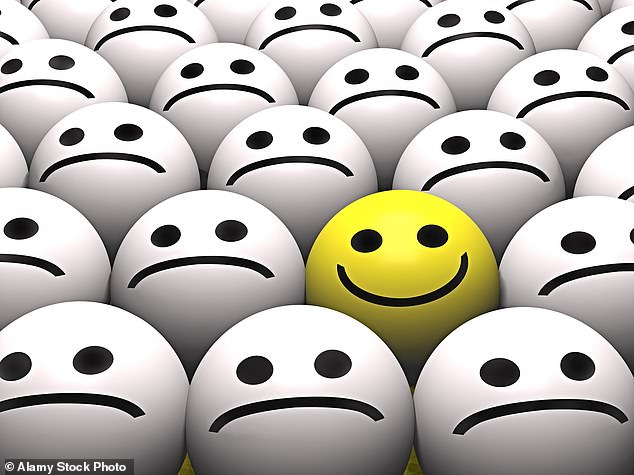 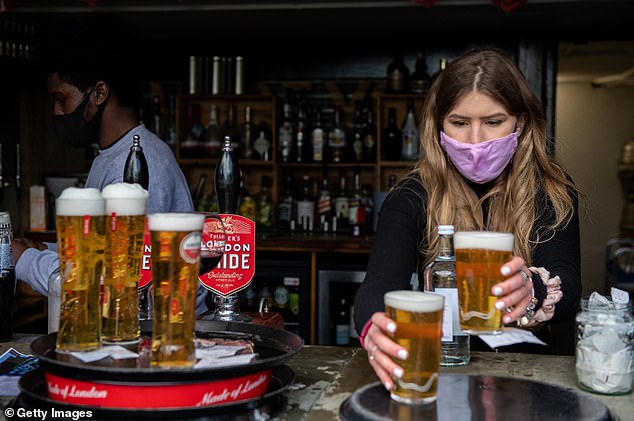