Instagram is halting its plans for Instagram Kids after the company faced backlash for ignoring research that revealed the the social media platform harmed the mental health of teenage girls.

Facebook, Instagram’s parent company, announced in March that it was planning to launch Instagram Kids – a version of the app for those under 13 which will feature optional parental controls.

But Adam Mosseri, the head of Instagram, revealed those plans are now on hold, following revelations that the social media giant’s own research found the app made teenage girls feel worse about their body image.

Mosseri hit back at claims Instagram was toxic for teens but admitted the company needed to ‘take more time on this’ to address concerns.

During his appearance on the TODAY show on Monday, Mosseri announced that they were pausing the roll out of Instagram Kids.

‘I still firmly believe that it’s a good thing to build a version of Instagram that’s designed to by safe for tweens,’ Mosseri said. ‘But we want to take the time to talk to parents and researchers and safety experts and get more of a consensus for how to move forward.’ 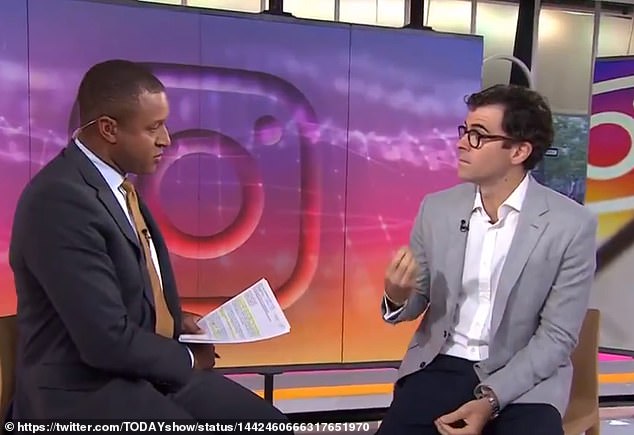 Instagram is halting its plans for Instagram Kids, a version of the app designed for tweens, announced Adam Mosseri, the head of Instagram, on an episode of the TODAY show this morning 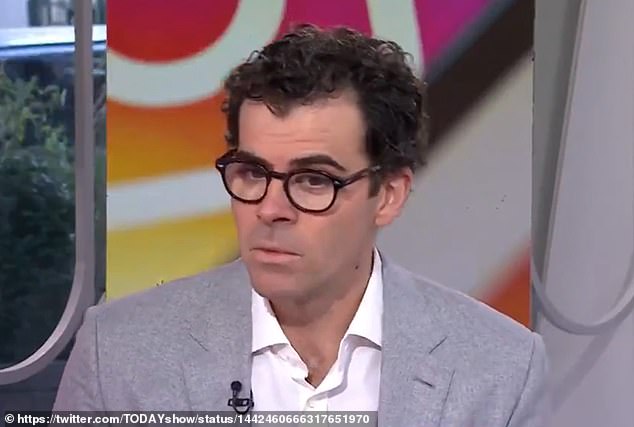 Mosseri defended the idea of creating a ‘parent-controlled’ version of the app for those under 13, however, and said the plans are not completely off the table

Mosseri’s appearance came less than two weeks after report by the Wall Street Journal found that the app made a third of teenage girls surveyed feel worse about their body image.

The Wall Street Journals findings, citing a review of internal company documents that included research reports, online employee discussions and drafts of presentations to senior management, said that researchers at Instagram’s parent company Facebook have identified ‘the platform’s ill effects,’ but failed to fix them.

Instagram continued to add beauty-editing filters to the app, despite six percent of suicidal girls in America blaming it for their desire to kill themselves, the documents also stated.

In a press release from Facebook’s newsroom, Mosseri wrote, ‘Recent reporting from the WSJ on our research into teen’s experiences on Instagram has raised a lot of questions for people. To be clear, I don’t agree with how the Journal has reported on our research.’

Concerns about Instagram Kids were raised in May, when a bipartisan group of 44 attorney generals wrote a letter to Facebook CEO Mark Zuckerberg urging him to drop it.

Their letter warned Instagram Kids could increase cyberbullying, leave children vulnerable to online predators, and perpetuate what they called Facebook’s ‘checkered record’ in not protecting the privacy of children on its platforms.

In a series of tweets ahead of his TODAY appearance, Mosseri explained his vision for Instagram Kids. He wrote, ‘We’re pausing ‘Instagram Kids’, although we believe building it is the right thing to do.’

In a follow-up, he wrote, ‘I have to believe parents would prefer the option for their children to use an age-appropriate version of Instagram – that gives them oversight – than the alternative. But I’m not here to downplay their concerns, we have to get this right.’

He then added that the app would be far different than the Instagram we know, writing, ‘This experience was never meant for kids. We were designing an experience for tweens (10-12yo), and it was never going to be the same as Instagram today. Parents approve tween accounts and have oversight over who they follow, who follows them, who messages them, time spent etc.’

‘But the project leaked way before we knew what it would be. People feared the worst, and we had few answers at that stage. Recent WSJ reporting caused even greater concern. It’s clear we need to take more time on this.’

Mosseri wrote in a  post Monday that the pause will allow the company time to ‘work with parents, experts, policymakers and regulators, to listen to their concerns, and to demonstrate the value and importance of this project for younger teens online today.’

Facebook had known for two years now that Instagram is toxic for young girls but continued to add beauty-editing filters to the app, despite six per cent of suicidal girls in America blaming it for their desire to kill themselves, according to documents given to the Wall Street Journal

Question of the things you’ve felt in the last month, did any of them start on Instagram? Select all that apply

Down, sad or depressed

Wanted to kill themselves

Wanted to hurt themselves

Question: In general, how has Instagram affected the way you feel about yourself, your mental health? 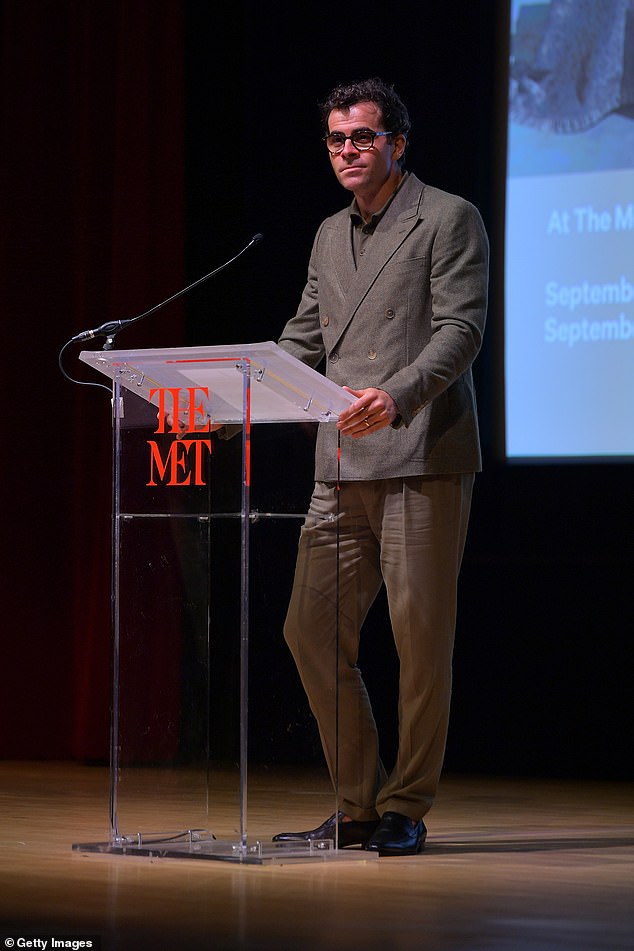 Mosseri defended Instagram Kids and said it would have more parental controls to mitigate harmful exposure to children. Above, he spoke at a fashion event at the Metropolitan Museum of Art on Sept. 13

Speaking on the TODAY show, Mosseri denied that the company isn’t paying attention to the potential harm is causes to teenage girls’ mental health and said that the app is rolling out features to mitigate this. ‘If anybody leaves using Instagram feeling worse about themselves, that’s an important issue we need to take seriously,’ he said.

The platform recently rolled out a feature to combat cyberbullying called ‘restrict,’ which allows users to make comments on their own posts private.

One feature he teased is a ‘nudge’ pop-up that will automatically appear if a user is spending a lot of time viewing one profile or tag. And the app plans to introduce a feature called ‘take a break,’ in which users could pause their accounts for a period of time during which they will still be visible, but others won’t be able to tag them in content or comment on their photos.

‘The idea being that you can put your Instagram on pause for a period of time if you’re in a moment of vulnerability, maybe you’re going through a break-up or you just switched high schools,’ he said. ‘You would be able to leave and come back where you left off.’

Mosseri also shared a link to a blog post written by Pratiti Raychoudhury, Facebook’s vice president of research, in which he claims that Instagram actually makes most teenage girls feel better about themselves.

Raychoudhury writes that the Journal did not note in its story that while girls did struggle with body image after exposure to Instagram, they said they felt better in other areas, like loneliness, anxiety, sadness, and eating issues.

‘Body image was the only area where teen girls who reported struggling with the issue said Instagram made it worse as compared to the other 11 areas,’ Raychoudhury writes.

‘But here also, the majority of teenage girls who experienced body image issues still reported Instagram either made it better or had no impact.’

Raychoudhury claims that the Journal ‘implied that we were hiding this research and that the results are surprising, but that is simply not accurate.’

Facebook claims that the newspaper failed to ‘put specific findings in context’ and that the research cited ‘did not measure causal relationships between Instagram and real-world issues.’

The whistleblower who leaked the notorious ‘Facebook Files’ which revealed that the social media giant knew Instagram could be toxic to teenage girls, will reveal their identity and testify Congress before the end of 2020.

A source familiar with the matter said the whistleblower has agreed to work with Congress and plans to appear before the Commerce Committee Consumer protection panel to discuss Facebook’s flaws, reports.

Facebook, which has long had to answer to Congress on how its platform is used, came under scrutiny once again when the leaked files detailed that Facebook knew Instagram was harmful to teenaged girls and still continued to rollout additions to the app that propagated the harm.

The social media giant confirmed that Antigone Davis, its global head of safety, would also testify before the Senate committee.

According to the documents given to the Wall Street Journal,  Facebook had known for two years now that Instagram is toxic for young girls but continued to add beauty-editing filters to the app, despite six per cent of suicidal girls in America blaming it for their desire to kill themselves.

When Facebook researches first alerted the company of the issue in 2019, they said: ‘We make body image issues worse for one in three teen girls.’

‘Teens blame Instagram for increases in the rate of anxiety and depression. This reaction was unprompted and consistent across all groups.’

One message posted on an internal message board in March 2020 said the app revealed that 32 per cent of girls said Instagram made them feel worse about their bodies if they were already having insecurities.

Facebook CEO Mark Zuckerberg testified before a senate committee last November on the companies practices. The social media giant continues to be scrutinized by Congress

About one in five said the app made them feel worse about themselves.

CEO Mark Zuckerberg has been quiet in the past about the issues the app is blamed for causing among young girls.

He told Congress in March 2021 that Instagram has ‘positive mental-health benefits’.

Instagram has a ‘parental guide’ which teaches parents how to monitor their kids’ accounts by enabling features like screen time limits and who can comment on posts, but there’s no way to verify someone’s age before they join the site.

Instagram claims it only accepts users aged 13 and over but says many lie about it when they join.

Forty percent of Instagram’s 1 billion monthly users are under the age of 22 and just over half are female.

Instagram also does not flag any photograph or image that may have been distorted or manipulated, despite flagging materials it deems to contain misinformation, political posts or paid advertising.

Sen. Richard Blumenthal, who sits on the Senate committee, told the Journal that Facebook’s answers were vague which raised questions that it was deliberately hiding the research.

‘Facebook’s answers were so evasive – failing to respond to all our questions – that they really raise questions about what Facebook might be hiding.

‘Facebook seems to be taking a page from the textbook of Big Tobacco – targeting teens with potentially dangerous products while masking the science in public.’

In the letter, the company also said it kept the research ‘confidential to promote frank and open dialogue and brainstorming internally.’

Blumenthal added that the committee will also meet with representatives from YouTube and Snapchat to testify about their products affect kids as Congress moves to rein in and understand social medias growing influence among children, the reported. 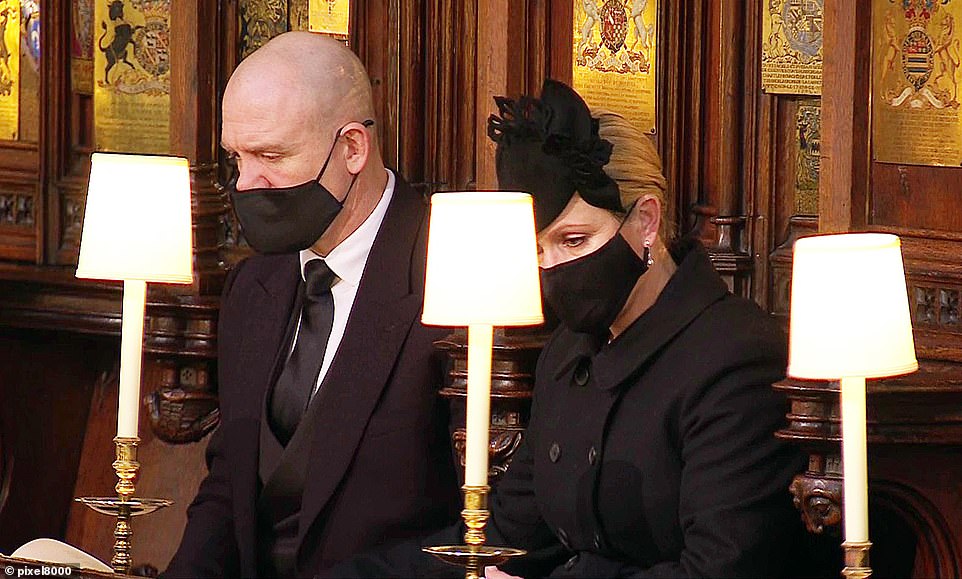 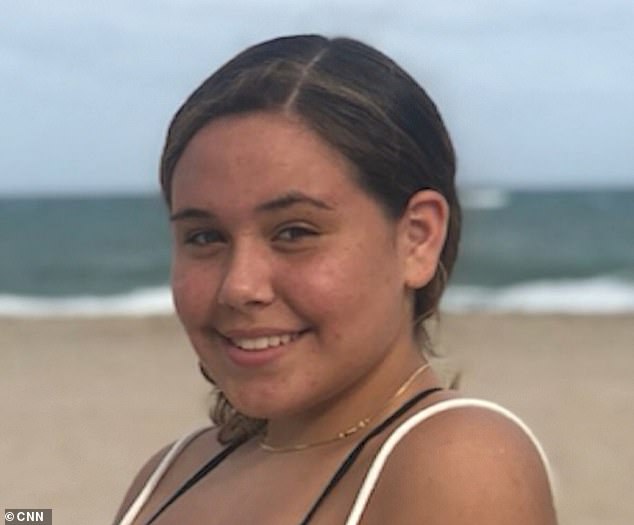 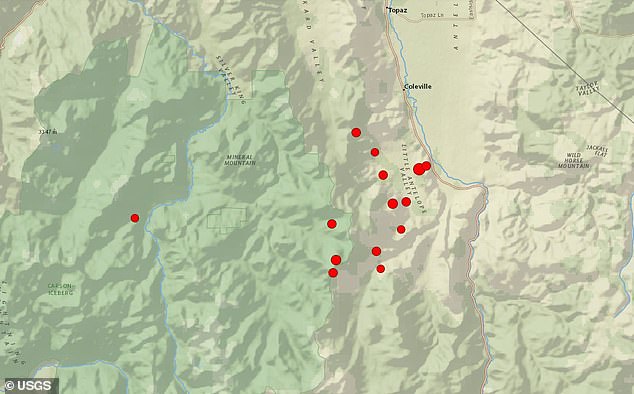 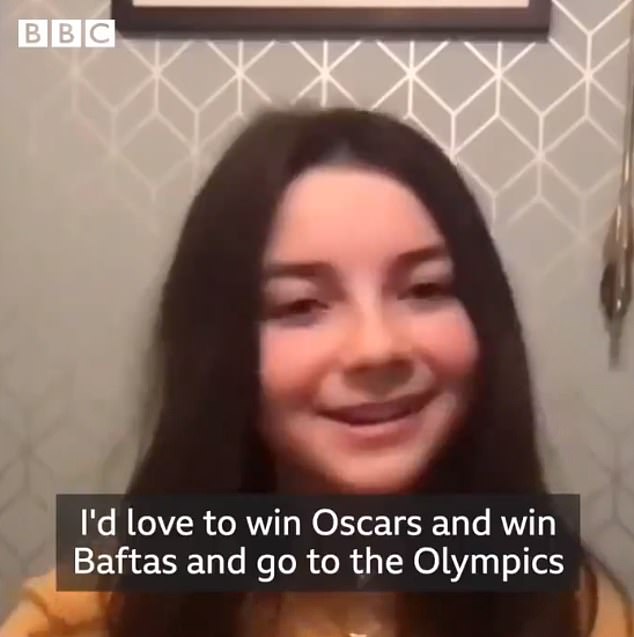 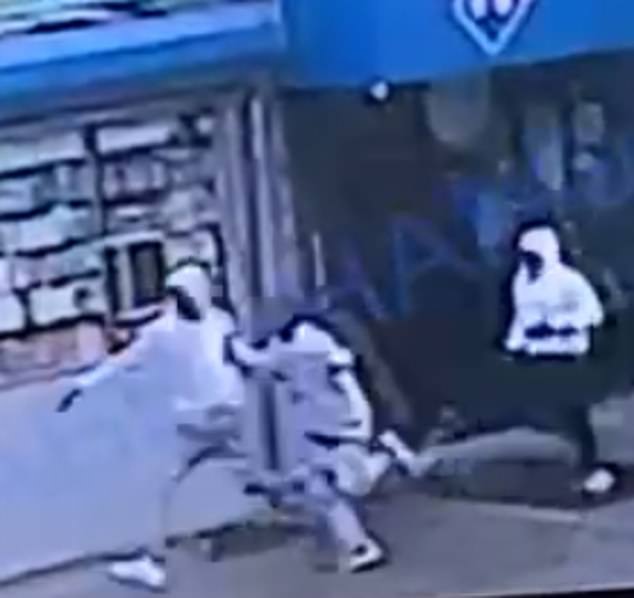 Video: Boy, 16, is accidentally shot in the head by his friend during shootout in Brooklyn 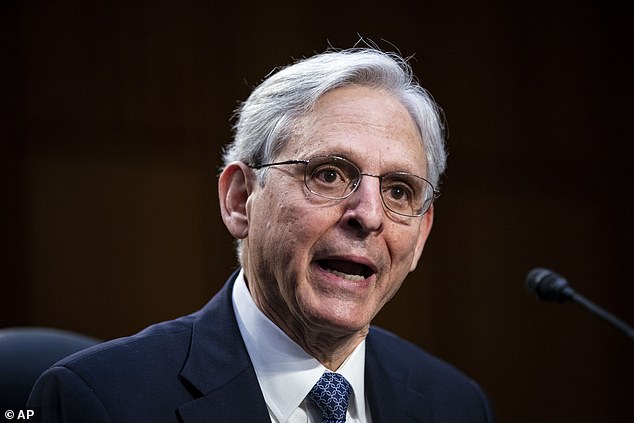 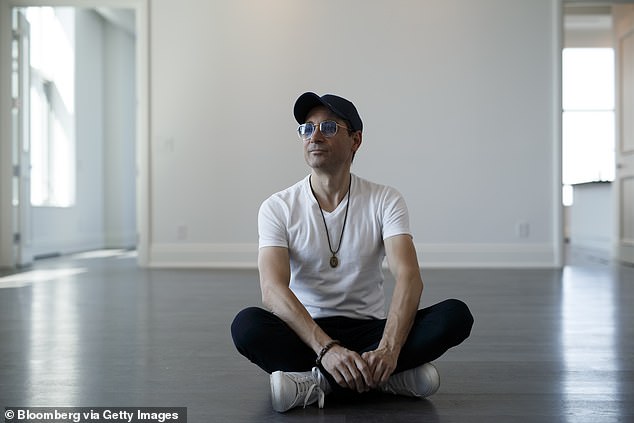