A concerned mother whose son is being bullied over his school lunches has been met with some witheringly blunt answers after asking for help on social media.

The woman, who is believed to live in the US, sought advice in a Facebook parenting group when her 10-year-old son admitted his classmates were ‘making fun’ of his packed lunch.

A photo of his lunchbox uploaded to the group shows a plastic container filled with grapes, a peach and two hardboiled eggs in cupcake cases, all chopped into halves.

The mother said she was baffled about why her son was being bullied, writing: ‘Is there something I can do to help this? He seems to be picked on a lot.’

Her plea sparked dozens of ‘mum shaming’ comments, with many criticising her for treating her 10-year-old like a baby by cutting his food and packing it in paper cases, while others urged her to avoid sending eggs and other foul-smelling snacks. 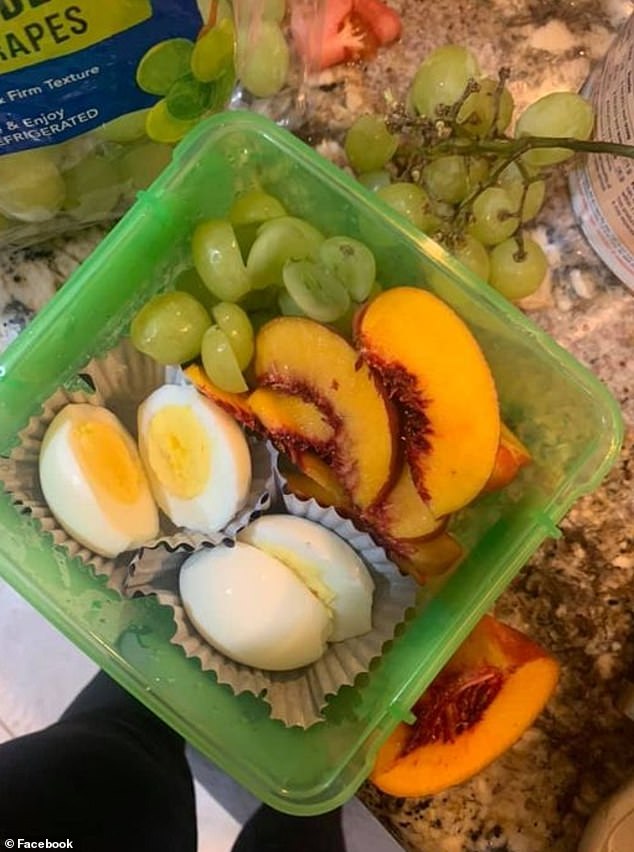 A photo of the 10-year-old’s lunchbox uploaded to the group shows a plastic container filled with grapes, a peach and two hardboiled eggs in cupcake cases, all chopped into halves

Do you think there’s anything wrong with the mother’s lunches?

‘Don’t cut his grapes, don’t use the cupcake liners and use a regular lunch box. Just being honest,’ one woman wrote.

She added: ‘Lunch looks great, but he’s in fourth grade and a boy.’

‘Why are you cutting his grapes? He’s in fourth grade,’ said a second.

‘I wouldn’t send boiled eggs, they smell. Also can you send an uncut peach? My kids like fruit whole, they’re in third and fifth grade.’

But some defended the mother, insisting there was nothing wrong with the lunches she was making for her son.

‘It looks delicious. The first thing you should do is let the school know there’s an issue – there’s noting wrong with his lunches,’ one woman wrote.

Others encouraged the mother to ask her son to explain exactly what was being said to him so that she can identify the item that is causing the bullying.

‘If it’s a specific thing, say the egg, maybe the kids are saying ‘it’s stinky’ and that’s what is getting to them,’ one woman said.

‘Also ask him to tell you what the other kids are eating, just to understand the why – not to conform.’

Another agreed, urging the mother to ‘ask ALL the questions’.

She added: ‘Is it just playful picking, or actually being mean? I always try to dig in whenever my kids tell me something to get the actual story/full details.’ 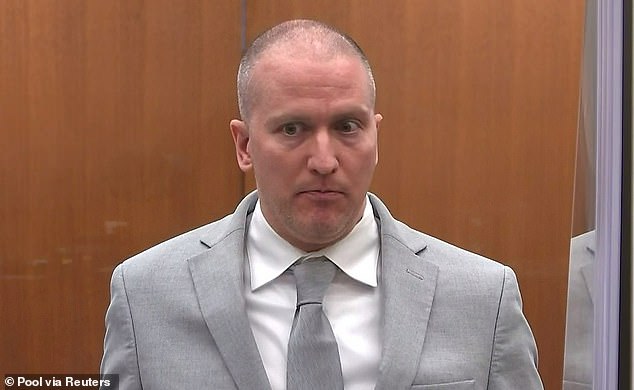 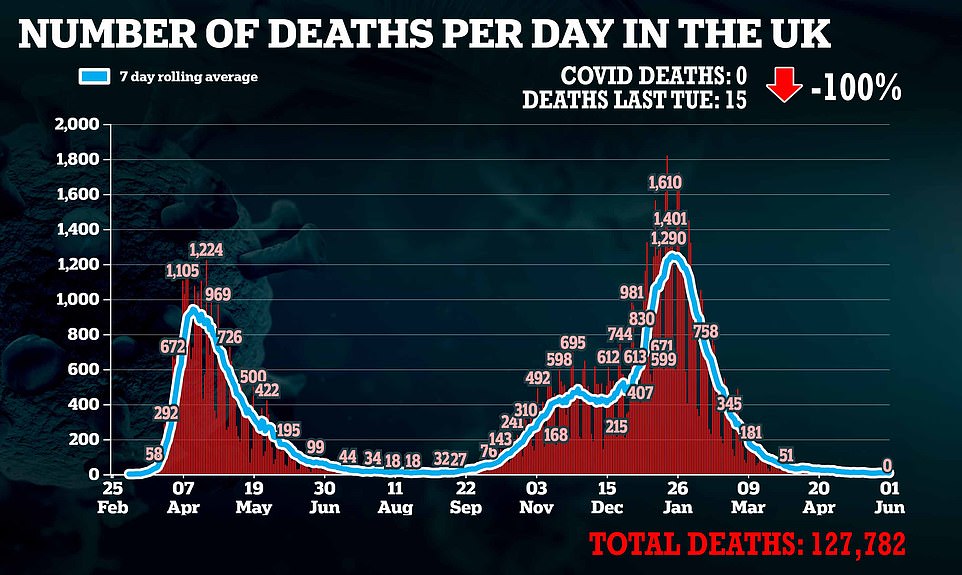 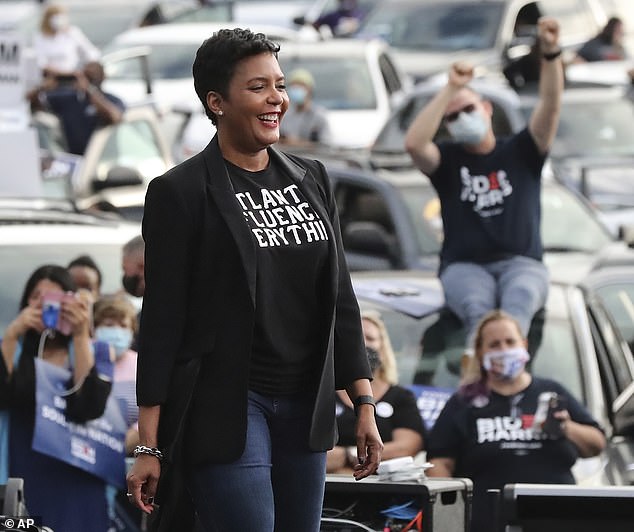 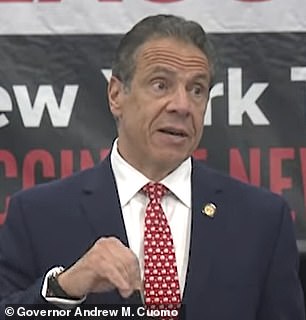 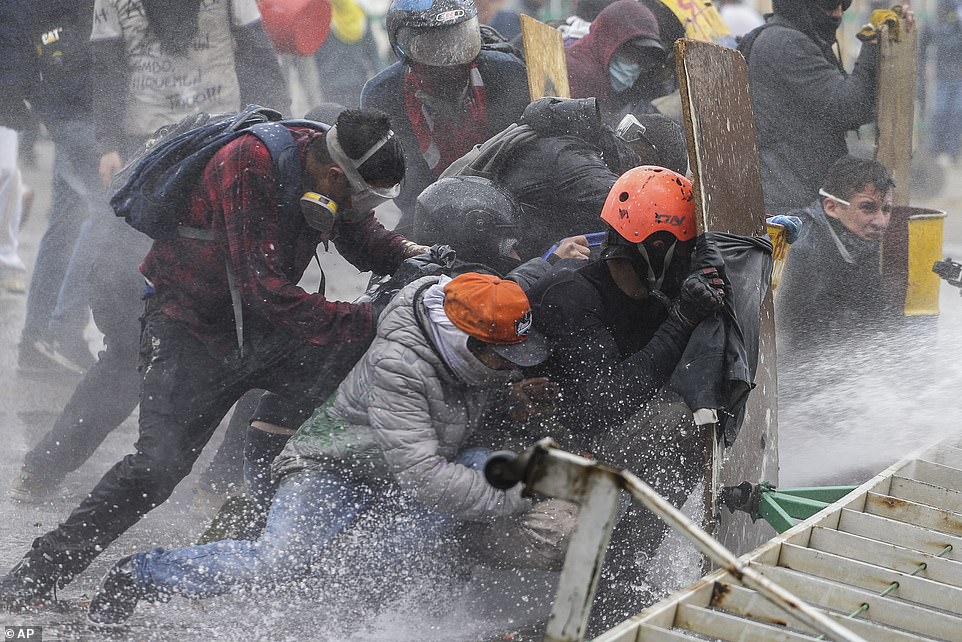 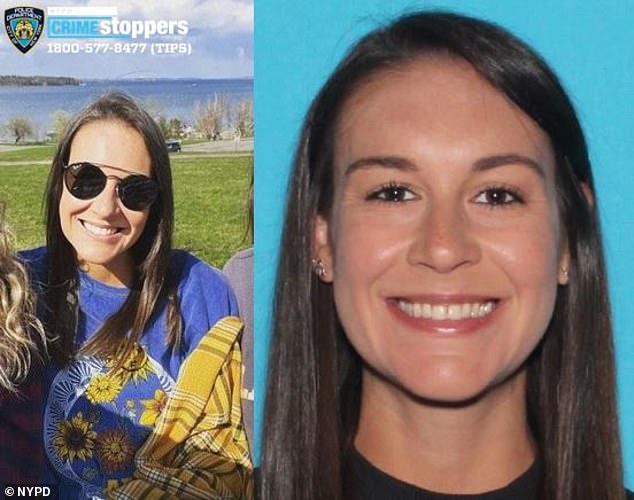 Maine woman, 29, is missing after getting into a car in Times Square 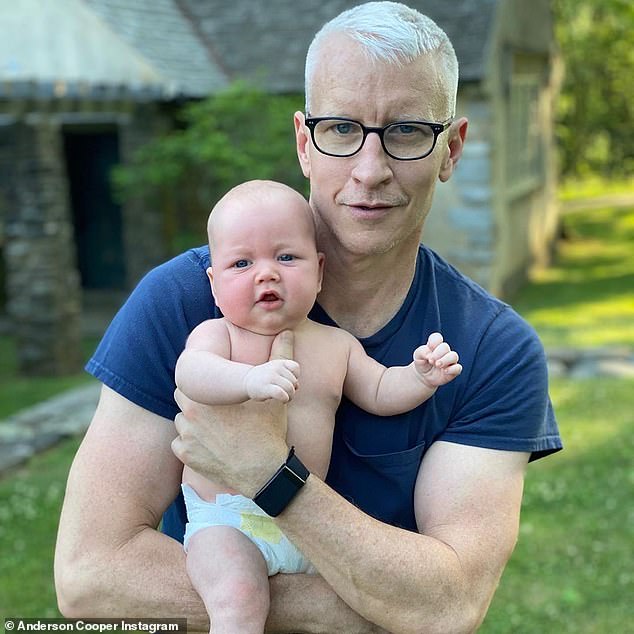