Horrific video footage captured the moment a father shouts in terror after his six-year-old son was hit by a drug-driver going 60mph in a 30 zone.

James Herring’s helmet-mounted GoPro camera caught the distressing scenes after his son Noah was struck by a Mercedes Benz driven by Harry Summersgill, 24, in Eaglescliffe, County Durham, on February 28.

In the footage, released by police at the request of Noah’s parents, Mr Herring can be heard panicking and telling his son not to move as he speaks to emergency call handlers.

The father and son had been cycling to the park in a designated cycle path when the Mercedes crossed two lanes of traffic before mounting the pavement and striking Noah.

Summersgill was found to be driving under the influence of cocaine, cannabis and ketamine. He was later charged and pleaded guilty at Teesside Crown Court and was jailed for three years.

The court had heard how the driver stood back and did nothing to help the injured boy following the 7am collision. Noah was rushed to hospital suffering a bleed on the brain as well as fractures to his lower left leg and his collarbone. 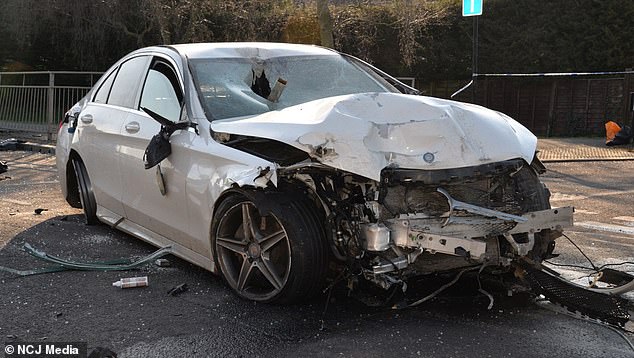 Pictured: The scene following the crash in Eaglescliffe, County Durham, on February 28 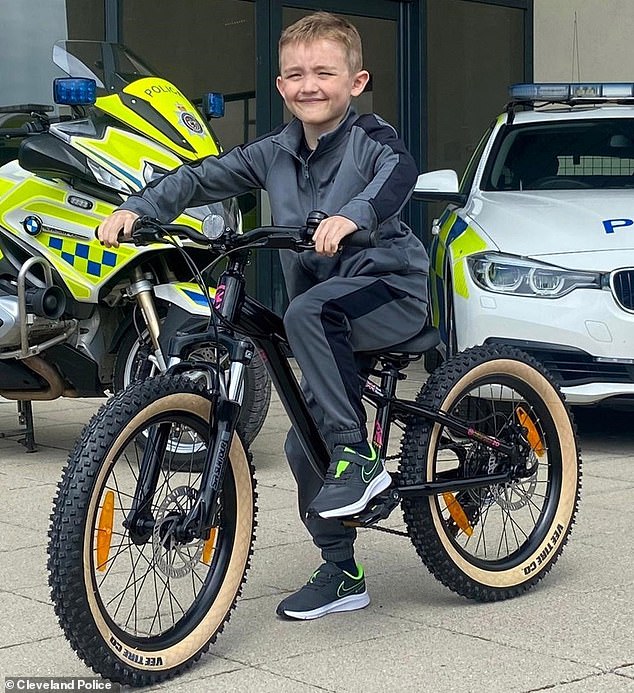 Inspector Dave Williams, from the Cleveland and Durham Specialist Operations Unit, said: ‘Noah and James were out riding their bikes and having a pleasant morning when Harry Summersgill, knowingly under the influence of a cocktail of drugs, drove his car and struck Noah at high speed.

‘Noah’s family know how lucky they were that day; the outcome could have been much worse and we’re all thankful that it wasn’t.

‘There will be increased activity and an increased focus on drug driving throughout the two-week National Police Chiefs Council (NPCC) campaign, although police will continue to tackle the issue all year round.

‘To anyone who may get into their car with the intention of driving whilst under the influence; I would urge you to watch this footage and see the horrendous circumstances for yourself.

‘No driver should ever take risks like these. It is unacceptable and we won’t tolerate anyone who takes drugs or drinks alcohol and gets behind the wheel of their vehicle.

‘Our message is simple. Don’t do it.’

Following the collision, Summersgill described the crash as a ‘simple accident’ and admitted having cocaine still in his nose. But in a statement, Noah’s father James told Summersgill that he had turned his back on him and Noah, not caring if he was alive or dead. 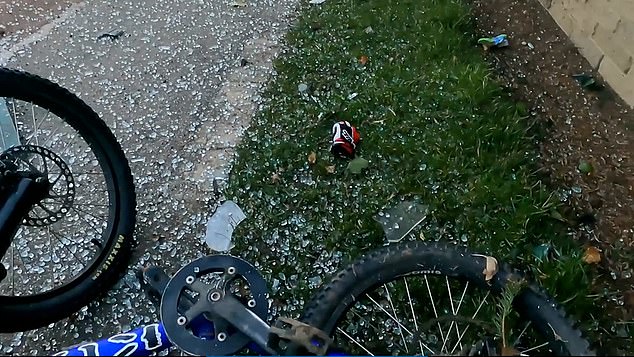 James Herring’s helmet-mounted GoPro camera caught the distressing scenes after his son Noah was struck by a Mercedes Benz driven by Harry Summersgill, 24, in Eaglescliffe, County Durham, on February 28

Mr Herring said: ‘Noah was exactly where he was supposed to be that morning in front of his dad listening to instructions.

‘You, Harry, however, were not, you were too caught up in your own selfish act of self-destruction to care about the consequences of your actions for anyone or anything around you.’

Susan Hirst, prosecuting, had said Noah and his father had been on an early morning bike ride to Preston Park when the collision occurred on Sunday, February 28.

She said his father, who was wearing a camera to film their journey, usually took their bikes in the van but had decided that Noah was fit enough to cycle the whole route.

Ms Hirst said Mr Herring had planned out the route carefully to make sure Noah, who was wearing his helmet and high visibility vest, was safe.

She said: ‘He has taken every precaution he could to look after Noah.’ 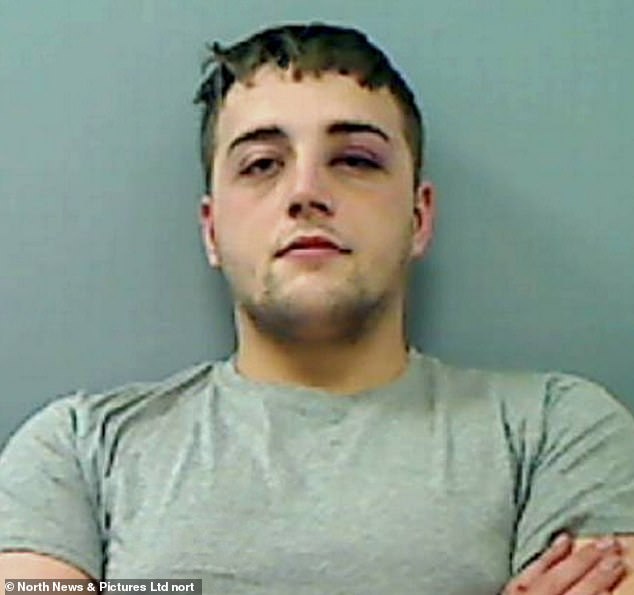 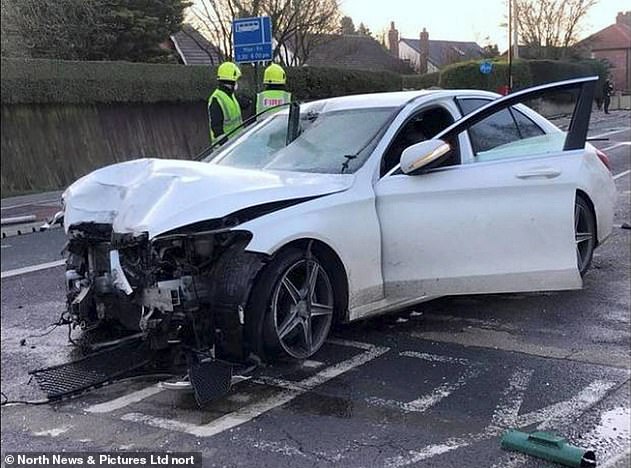 The court in Middlesbrough heard how Summersgill, who was also taken to hospital, had been driving at more than 60mph on the 30mph road. Pictured: Summersgill’s Mercedes Benz

The court heard how the pair were cycling in the cycle lane on Yarm Road, shortly after 7am, when Mr Herring heard a noise from behind him which sounded like a speeding car.

Ms Hirst said that he looked over his shoulder and saw a Mercedes speeding towards the two of them.

She said: ‘It was travelling across the bus lane and in the cycle path. Mr Herring heard a bang and heard the car crash into the bus shelter, taking Noah with it.

‘There was dust and debris and initially Mr Herring could not see where his son was. He realised Noah was on the ground. He thought that he had not survived.’

Ms Hirst told the court that Noah opened his eyes but appeared to be in ‘terrible pain’. She said that a nearby resident, who was a nurse, came out to help and a woman said to her ‘We have hit a kid’.

Ms Hirst said she saw a metal pole through the front of the windscreen and the back window was smashed. She added how the nurse saw Summersgill, who was dressed in dark clothing, standing back and not offering any help.

Summersgill, who appeared in court via video link to Durham prison, let out a relieved sigh as Ms Hirst told the court that Noah, who did not require surgery, does not expect to have suffered any long term physical effects from the injuries.

The court in Middlesbrough heard how Summersgill, who was also taken to hospital, had been driving at more than 60mph on the 30mph road.

She said: ‘The defendant’s response to his arrest was that it was a simple accident.’

Officers found a bong known for smoking cannabis inside the vehicle, which was owned by the other woman at the scene, passenger Laura Webster.

Ms Hirst said that Ms Webster told police how they had previously been to Tesco to buy a bottle of vodka, they had both consumed drugs and Summersgill had taken cocaine.

She said: ‘When this was put to him he did not dispute it, saying he could feel cocaine in his nose. I stated he had taken drugs for approximately 10 years for what he describes as a release.’

During his victim impact statement, Mr Herring said he mentally struggled to deal with everything that morning, but mostly Noah’s injuries.

He said: ‘I have had to tell him everything is going to be OK when I didn’t know it was going to be. I slept my his side every single night for four weeks due to us not wants to leave each other’s sides.’

He told Summersgill: ‘This is not a simple accident. The biggest question I ask myself now is can I protect my son from someone like you?

‘I live by the fact that Noah is still with us by some miracle. I hope your punishment will affect your life as you have affected mine. You may not have taken my life that day but you have taken my spirit.’

In her victim impact statement, Noah’s mother Samantha told the defendant: ‘I hope you have seen the harm you have caused Noah, myself, his father, his siblings and your own family.’

She told him that she hoped he would never put another family through this again and Noah returns to the carefree child he was before the accident.

She repeated: ‘This is not a simple accident.’

He also banned him from driving for six-and-a-half years. 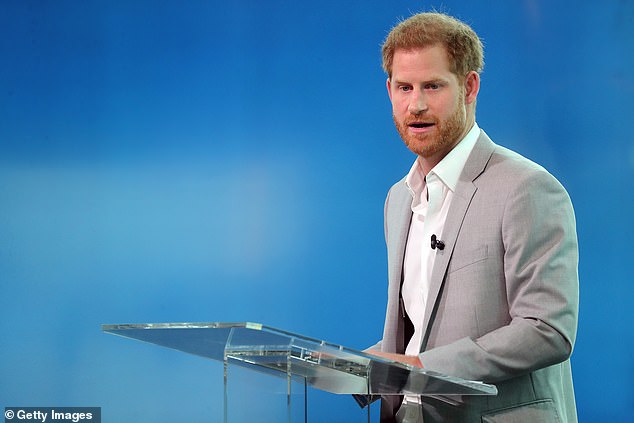 Was Donald Trump wearing his pants BACKWARDS at rally? 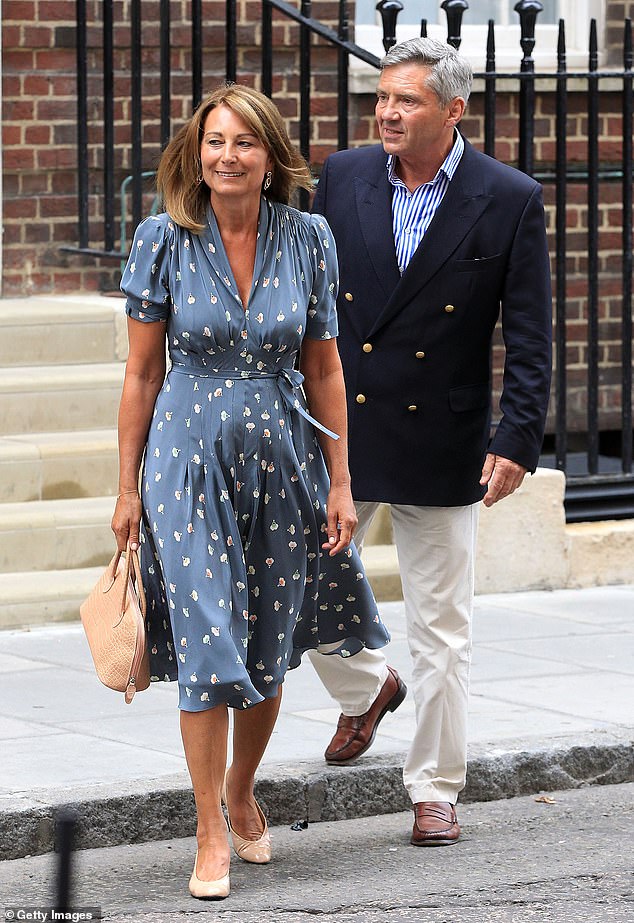 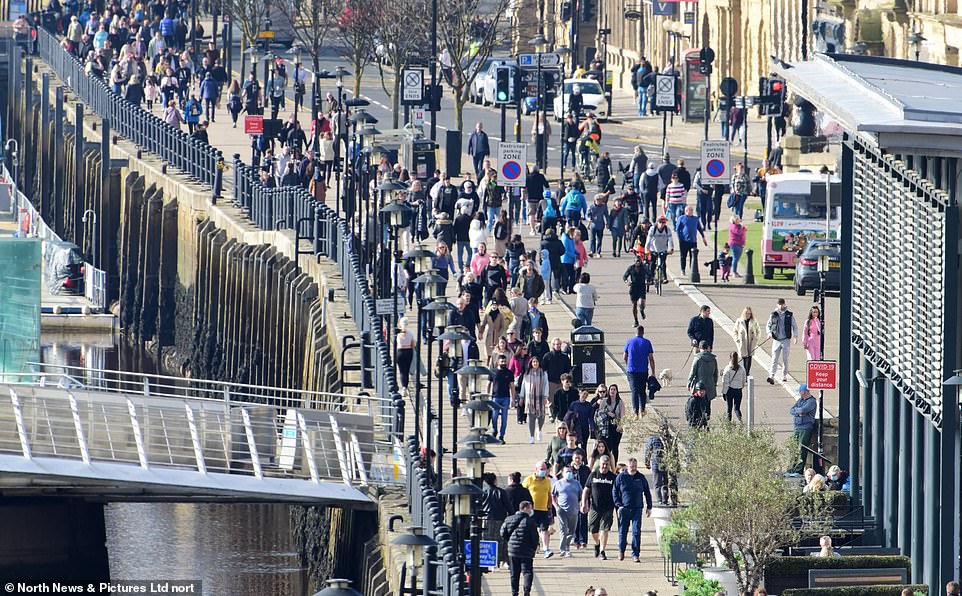 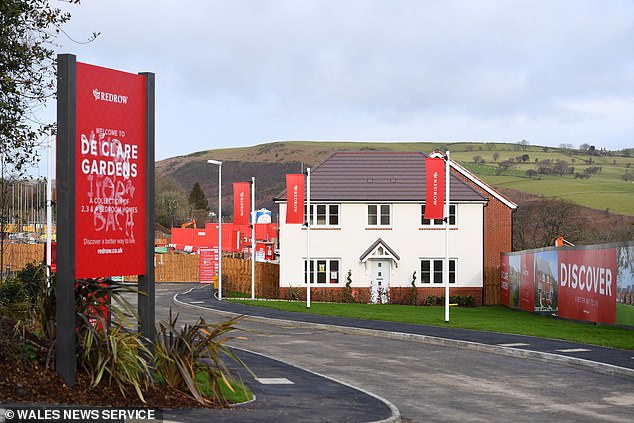 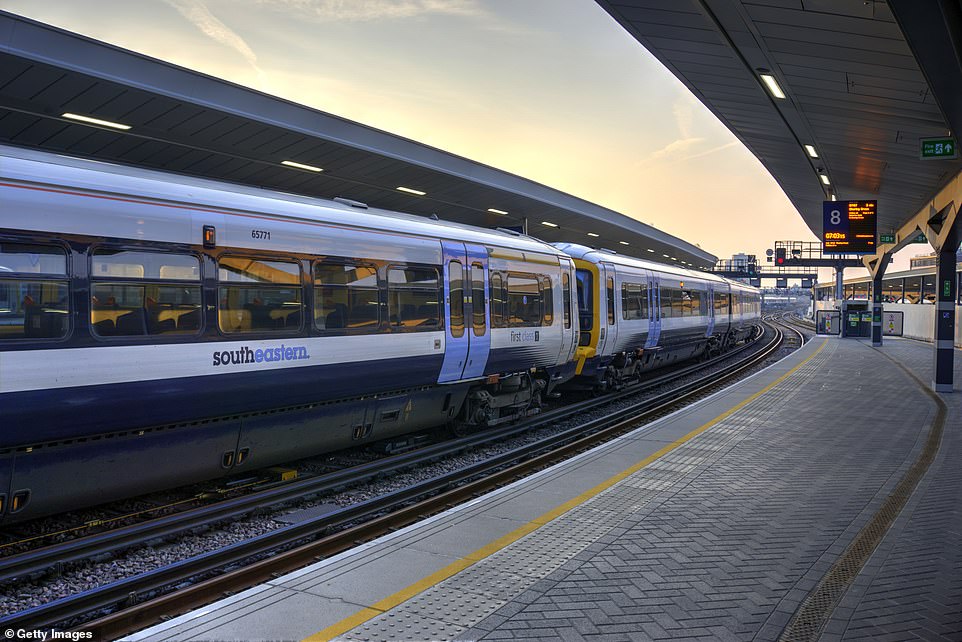 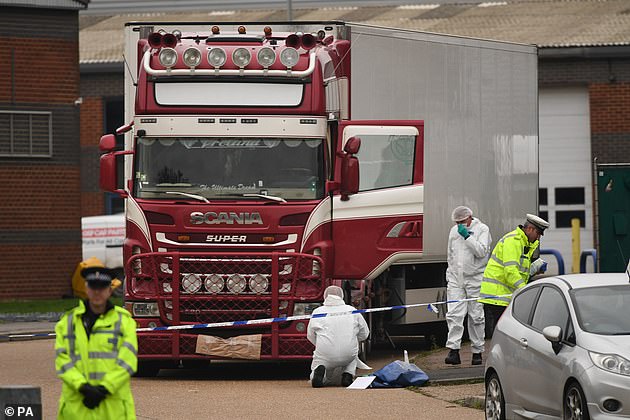