Maybe it’s time for Benedict Cumberbatch to become a verb. Thus to ‘Cumberbatch’ a film would mean to add touches of steely authority and velvety class that it might otherwise have lacked.

The same could easily apply to Colin Firth, so that every so often a production featuring both actors, such as the Sam Mendes film 1917, would be both Firthed and Cumberbatched.

The Courier is a fine example of Cumberbatching. In many ways it is an unexceptional spy picture, even a little turgid at times, but his moustachioed presence in the title role adds tremendous heft.

He plays Greville Wynne, the British businessman who in 1960 was recruited by MI6 to smuggle military secrets out of Moscow.

His source was Oleg Penkovsky (Merab Ninidze), a Soviet war hero and colonel in military intelligence, whose motivation for betraying his country was a cocktail of anxiety and altruism: he thought he could help save the world from nuclear destruction and he probably did. 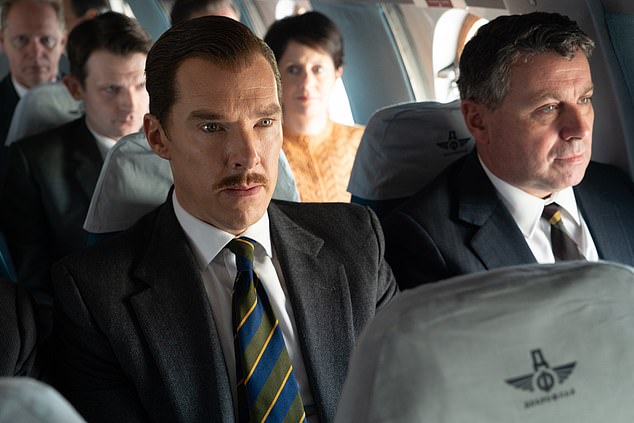 He plays Greville Wynne, the British businessman who in 1960 was recruited by MI6 to smuggle military secrets out of Moscow

The reams of information he passed to Wynne are said to have defused the 1962 Cuban Missile Crisis by alerting the West to Soviet limitations, and indeed to have altered the entire course of the Cold War.

Dominic Cooke’s film tells this fascinating and important story without frills. In truth, it could probably do with some.

Cooke is an illustrious theatre director with a list of credits as long as your arm — but his only previous film, four years ago, was an adaptation of Ian McEwan’s novel On Chesil Beach. About the oppressive relationship between two inexperienced newlyweds, that film, practically a chamber piece, played more obviously to his strengths. But coincidentally it was also set in the early 1960s; and here again, Cooke has got his period detail down pat.

Wynne and his wife Sheila (the excellent Jessie Buckley, rather wasted in a minor supporting role) lead an unremarkable London life with their young son Andrew (Keir Hills), just about managing to overcome a past infidelity of Greville’s.

Then, because of his clubbable personality and regular, entirely innocent sales trips to Eastern Europe, he is identified by an MI6 officer (Angus Wright) and a CIA operative (Rachel Brosnahan) as the ideal chap to establish contact with Penkovsky, now working in ‘scientific research’. At first he dismisses the idea as preposterous — ‘I’m just a salesman’ — but he, too, is swayed by the spectre of a nuclear Armageddon.

He duly learns the rudiments of spycraft and builds a genuinely touching friendship with Penkovsky, though his wife, kept entirely in the dark, begins to suspect that he is again being unfaithful.

As far as the ever-watching KGB is concerned, Wynne is feeding Penkovsky useful titbits of information about British industry.

By the time they realise what is really happening, the damage is done. But it’s not too late to arrest both men and imprison them in Moscow’s dreaded Lubyanka.

The film slightly botches its one action sequence, when Wynne and his handlers try to smuggle out Penkovsky himself; it is regrettably difficult to follow what’s going on. But Wynne’s capture does at least facilitate some top-class Cumberbatch acting. Gaunt and dead-eyed, he truly looks like someone who has been to hell and back.

While freeing Greville is an entirely sombre business, freeing Guy is mostly a hoot. Director Shawn Levy made the Night At The Museum films and their influence isn’t hard to spot in Free Guy, about a background ‘non-player character’ or NPC in a hit video game called Free City.

Known only as ‘Blue-Shirt Guy’, he goes rogue and becomes the game’s action hero.

He is played by Ryan Reynolds, and it’s hard to think of anyone else who could carry the enjoyably daft premise quite so appealingly.

Jodie Comer is nicely cast, too, doubling up as Molotov Girl, the sexy killer in Free City whose fatal attractions have lured Blue-Shirt Guy out of his NPC role, and as Millie, one of the two brilliant programmers whose ideas have been stolen by a villainous video-game tycoon played by Taika Waititi.

There are also vivid echoes of 1998’s The Truman Show, as Guy gets to realise that his universe is fake. Free Guy isn’t a classic like that film but it does have some worthwhile things to say about Artificial Intelligence, and for that matter about the whole video-game phenomenon.

Above all, though, it’s fun.

Both films in cinemas now.

Read the signs: this is no ordinary coming of age story

The title of CODA is an acronym, meaning Child Of Deaf Adults. Available in some cinemas and on Apple TV+, it’s a U.S.-set remake of a French film, about a teenage girl, Ruby (British actress Emilia Jones), who is the only hearing member of her family.

Ruby’s father (Troy Kotsur) and brother (Daniel Durant) are fishermen off the Massachusetts coast. Her mother (Marlee Matlin, who apparently insisted that the other deaf characters also had to be played by deaf actors) looks after the books.

Fluent in American sign language, Ruby acts as everyone’s ears and works on the boat, but she is also a fine singer and yearns to go to music college.

The juggling of family responsibilities with her personal ambitions gives the film its coming-of-age narrative drive, but there is also a crush on a boy in the school choir and a few bullying issues, all of which open Sian Heder’s film to a charge of cliche. Yet I really enjoyed it for its sensitive portrayal of disability, for some genuine laughs, and for one scene near the end that I confess moved me to tears.

Minamata tells a true story and stars a barely recognisable Johnny Depp as a dissolute but brilliant Life magazine photographer who in the early 1970s helped to expose a mercury-poisoning scandal in coastal Japan. Worthy but ponderous. 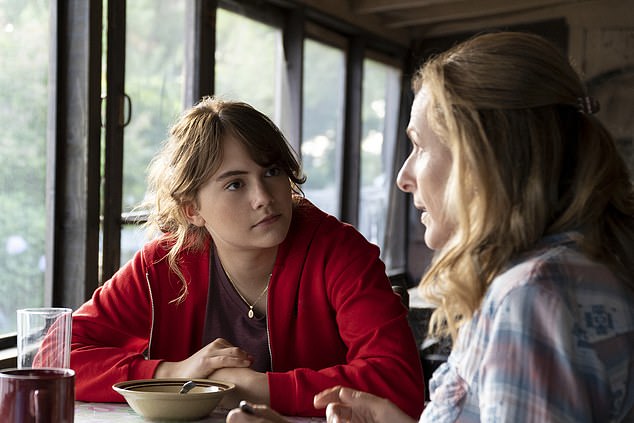 The title of CODA is an acronym, meaning Child Of Deaf Adults. Available in some cinemas and on Apple TV+, it’s a U.S.-set remake of a French film

Tinies’ favourite pups to the rescue

Paw Patrol: The Movie (U)

The two-year-old daughter of Olympic gymnastics champion Max Whitlock, who can already turn perfect forward rolls, is head-over-heels in love with Paw Patrol. Indeed, he said in Tokyo that little Willow might well prefer to watch that than his final.

Now he’s home, I’m sure he’ll be taking her to see Paw Patrol: The Movie although the truth is that this big-screen spin-off from the wildly popular TV animation is aimed at slightly older kids.

I saw it at the Odeon Hereford yesterday with my young chum, ten-year-old Pippi, and she really enjoyed it. The story will certainly fly over the heads of toddlers, not least because — almost obligatory these days — it features a mental health issue.

But they will enjoy the vivid colour as our puppy troubleshooters go to the aid of Adventure City, which is in the grip of a Trump-like egomaniac called Mayor Humdinger (who’s ‘more of a cat person’).

The voice cast includes Kim Kardashian as a poodle.

I saw it at the Odeon Hereford yesterday with my young chum, ten-year-old Pippi, and she really enjoyed it 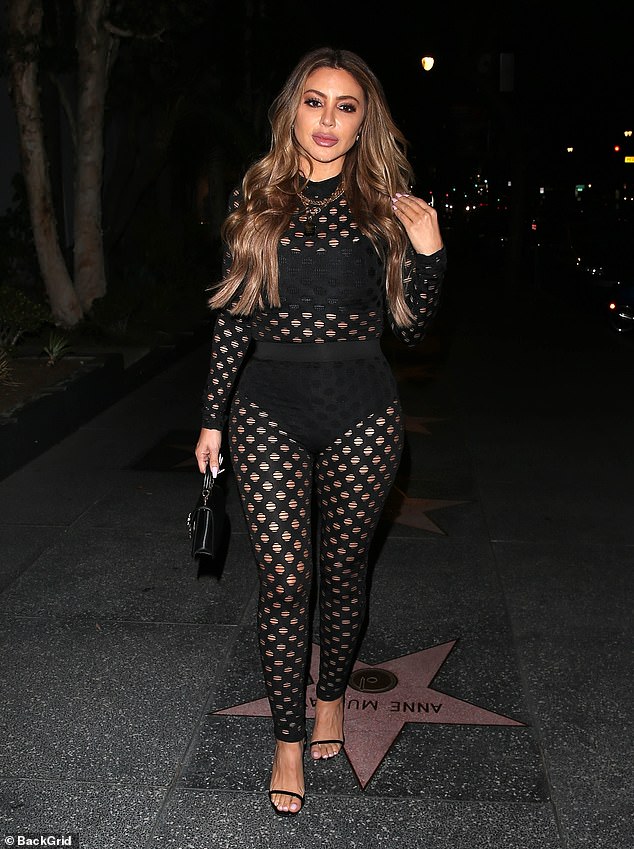 Julianne Moore and Michael J. Fox lead the stars at his Parkinson’s benefit in New York 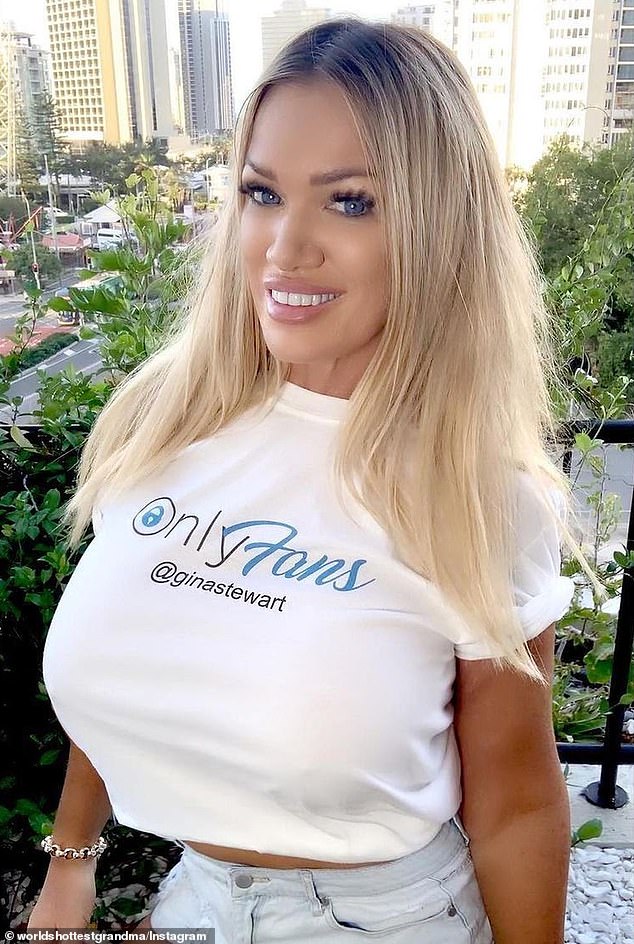 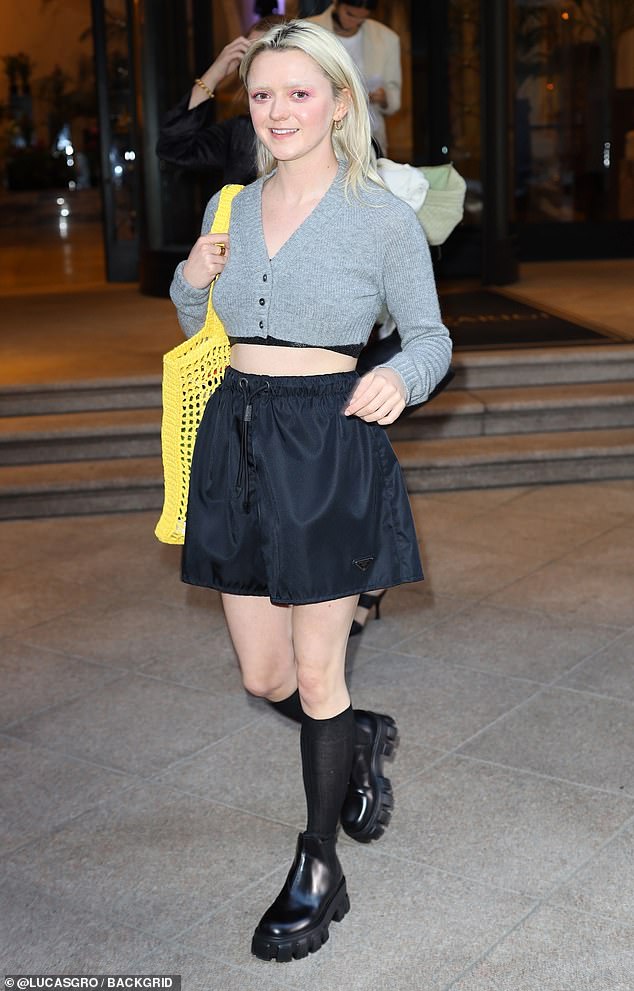 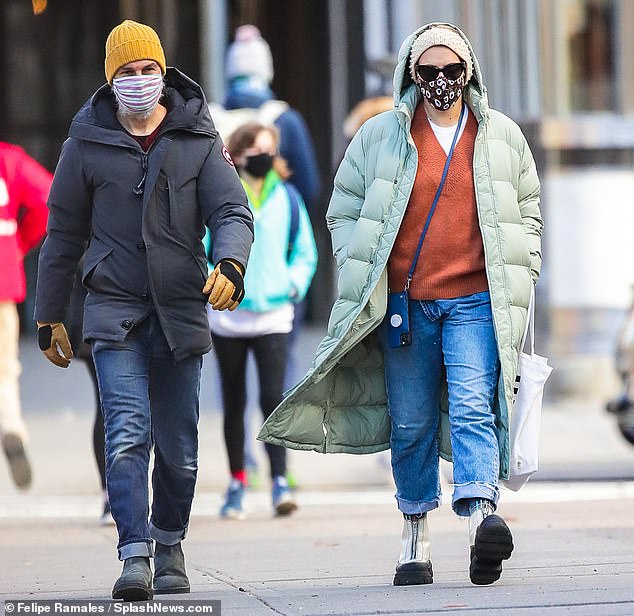 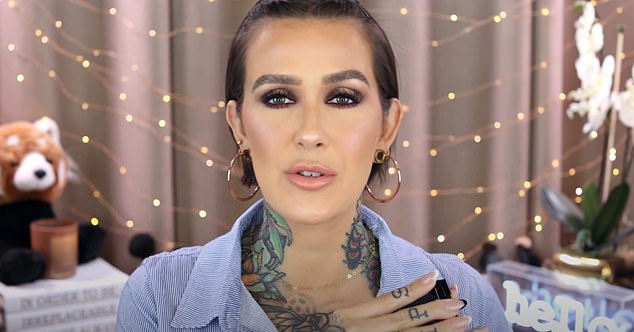 YouTube star Mel Thompson dies at the age of 35, two days after her final video on the channel 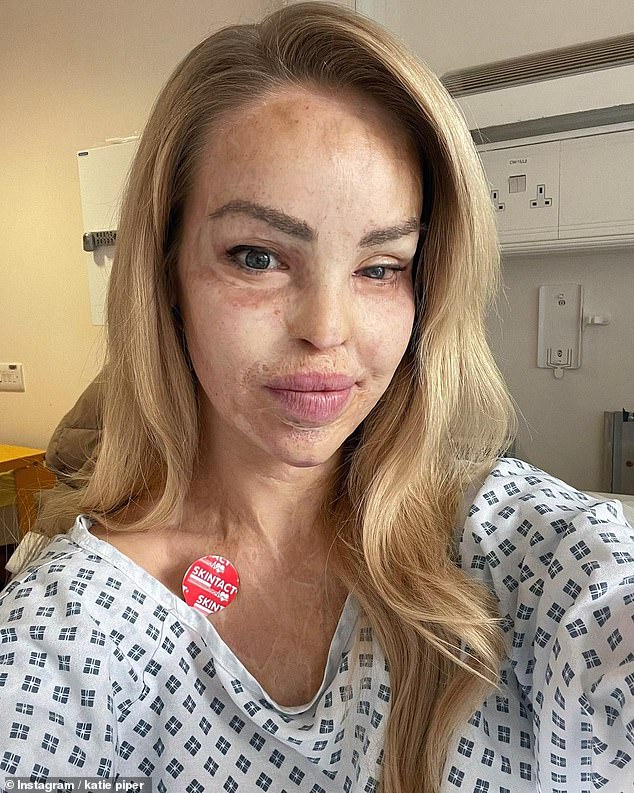 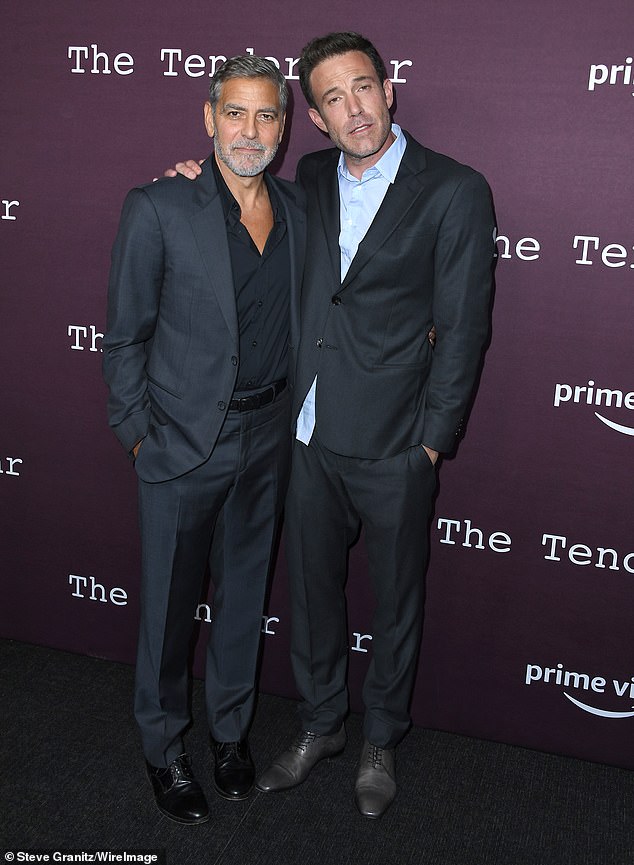 Batmen reunite! Ben Affleck goofs around with George Clooney at the LA premiere of The Tender Bar