Ryan Gigg’s ex-girlfriend Imogen Thomas is suing her dentist for £25,000 after claiming she was left with a gap-toothed smile and multicoloured teeth.

The Big Brother star and former Miss Wales, 38, who famously had an affair with married former footballer Ryan Giggs, hired Dr Jagdip Soneji to give her veneers in 2016.

But she claims the dentist fitted veneers of different colours which didn’t fit properly and left gaps between her teeth.

The dentist denies liability, claiming Miss Thomas only had the work redone because she kept changing her mind about what she wanted.

Miss Thomas has had her dental costs refunded and eventually went to a different dentist to have the work redone. 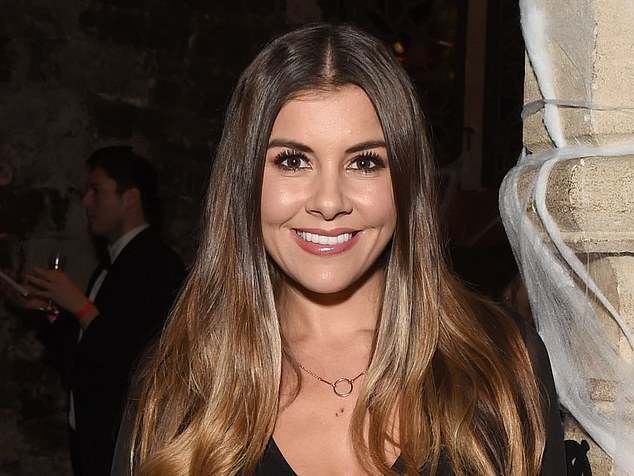 BEFORE, October 2016: The Big Brother star and former Miss Wales, 38, who famously had an affair with married former footballer Ryan Giggs, hired Dr Jagdip Soneji to give her veneers in November 2016 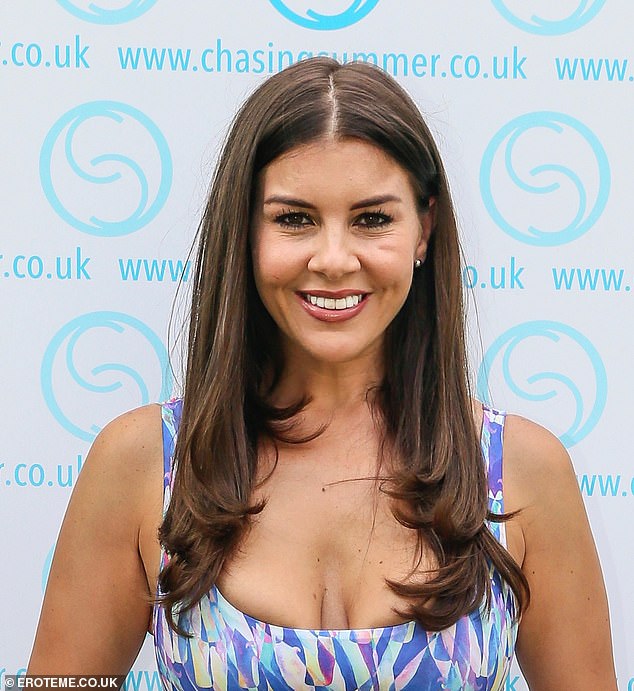 AFTER, July 2017: Miss Thomas claims the dentist fitted veneers of different colours which didn’t fit properly and left gaps between her teeth 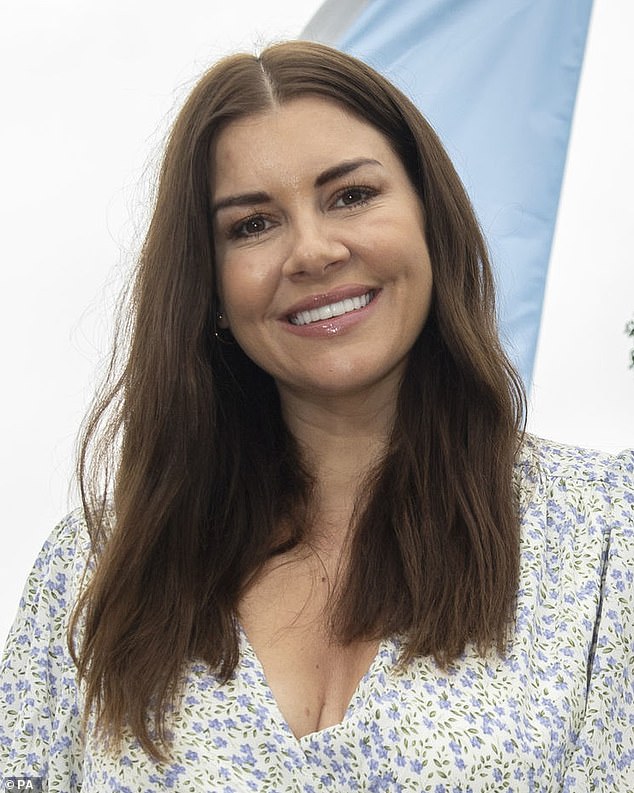 Miss Thomas (pictured on July 24 this year) is suing for £25,000 compensation at Central London County Court in a case predicted to run up court costs of about £170,000, with whoever loses footing the bill

She is suing for £25,000 compensation at Central London County Court in a case predicted to run up court costs of about £170,000, with whoever loses footing the bill.

Miss Thomas shot to fame after appearing on the seventh series of Big Brother in 2006, having earlier been Miss Wales 2003.

In 2011, she was at the centre of a scandal surrounding her affair with married Man United star Ryan Giggs.

According to court papers, Miss Thomas, of Wandsworth, south London, was treated by Putney dentist Dr Soneji for six months from November 2016.

She told him she wanted work done because she was unhappy with previously fitted veneers, which she thought were of different shades.

But her barrister Robert Mills says the work was planned so poorly that the result was she was left without a ‘uniform smile.’

‘The veneers had gaps between them, were incorrectly aligned and were a poor colour match with each other and the adjacent teeth,’ he said.

Miss Thomas complained repeatedly and had the work re-done four times, but says she had similar problems and eventually got a refund and changed dentists.

‘The outcome was repeatedly poor and the claimant was dissatisfied with the appearance of the veneers,’ said her barrister.

‘The restorations would be incorrectly angled, as well as being a poor colour match. 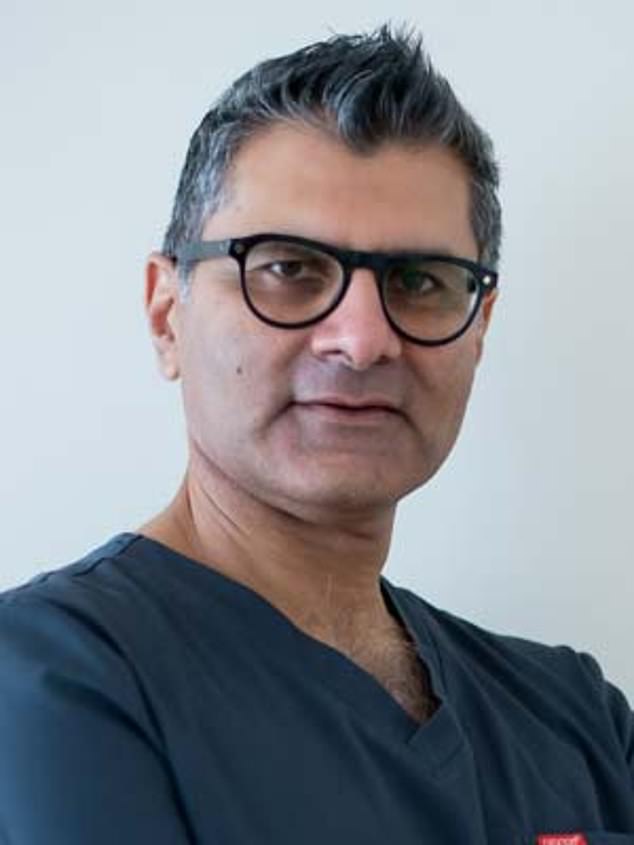 Dentist Dr Jagdip Soneji (pictured) denies liability, claiming Miss Thomas only had the work redone because she kept changing her mind about what she wanted

‘In the circumstances, the veneers were of such a poor standard as to be considered negligent.’

He said that with correct planning and preparation, the veneers could have been adjusted to give an ‘aesthetically pleasing result’ without the need for multiple procedures.

‘The repeated instances of having aesthetically poor restorations on her upper anterior teeth has caused her significant distress in light of her career as a professional model,’ he added.

‘She became very self-conscious and her relationship with her partner was negatively affected. Her trust in the dental profession has been impaired.’

The barrister also claimed that in accessing a root canal, the dentist had removed too much of one tooth, meaning it will eventually have to be removed.

In his written defence to the claim, Dr Soneji’s barrister Thomas Crockett denies any negligence.

After the first fitting, Miss Thomas had been given the chance in the surgery and in natural light to check her veneers and was ‘happy with their appearance and colour.’

It was over a month later that she first suggested she wasn’t happy and that she wanted a lighter shade, he said.

‘Each time before the restorations were permanently cemented, they were tried in, and the claimant was given the opportunity to approve them,’ he said.

‘Repeated visits to re-do the work were necessary because the claimant changed her mind about shade and shape.’

He said the quantity of tooth taken to access the root canal was ‘not unreasonable.’

The claim has not yet been heard by a judge. 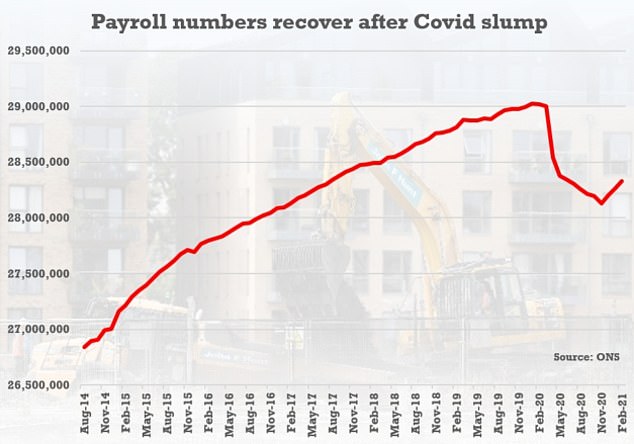 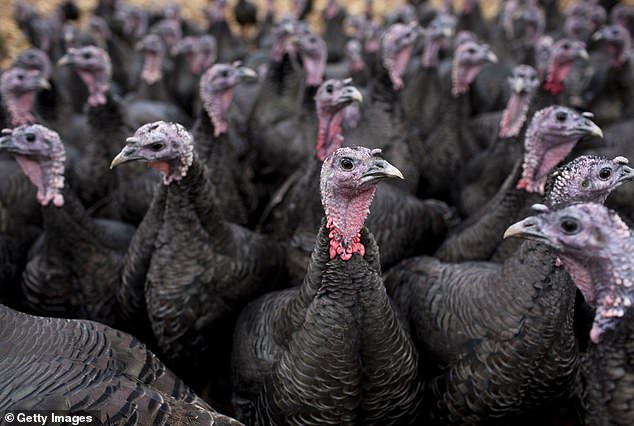 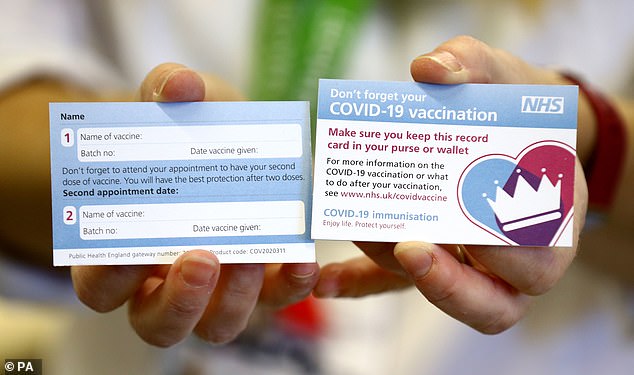 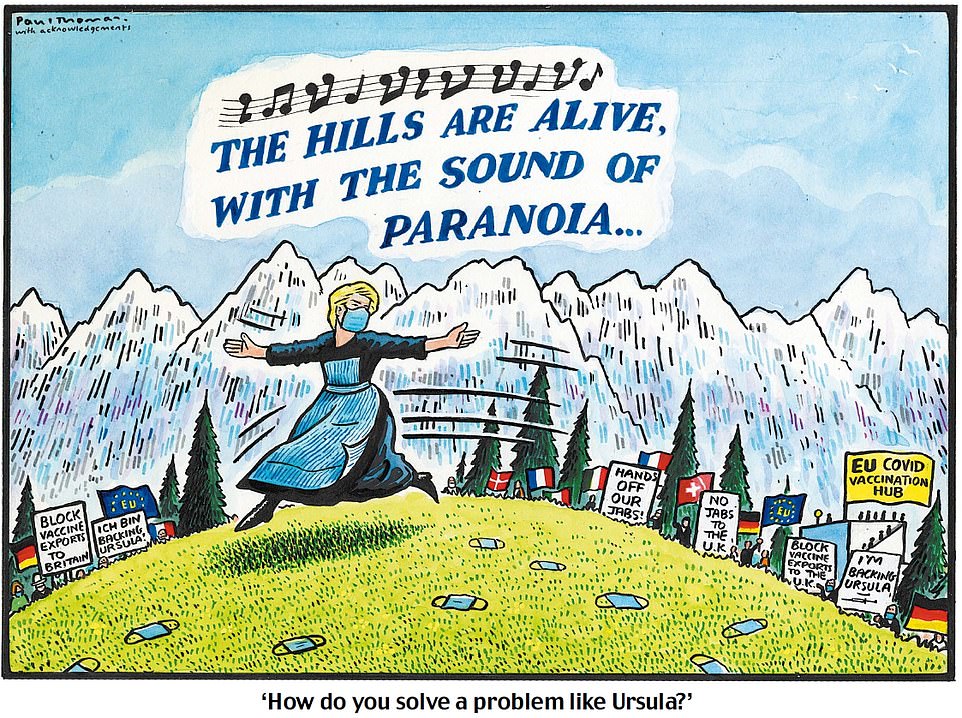 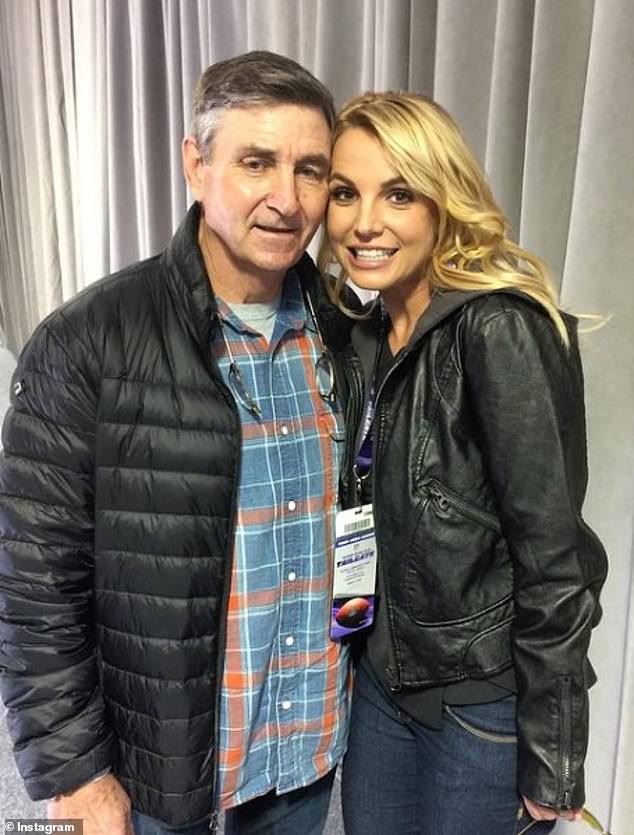 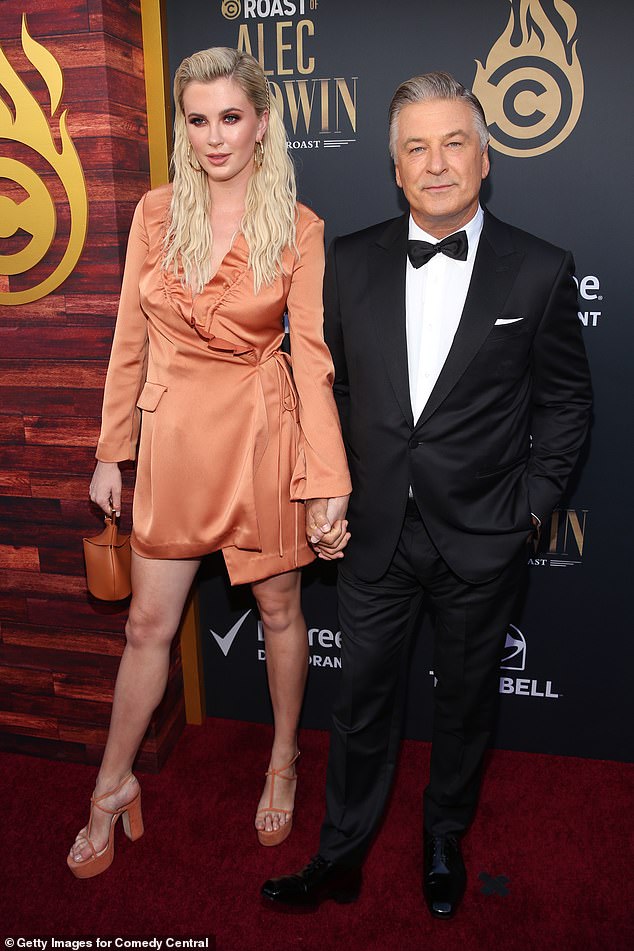 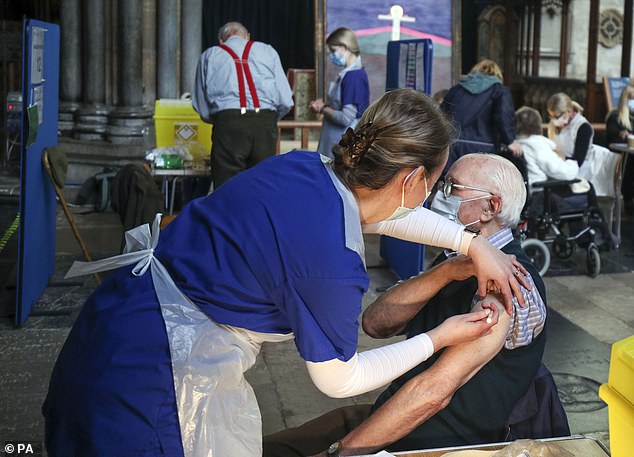 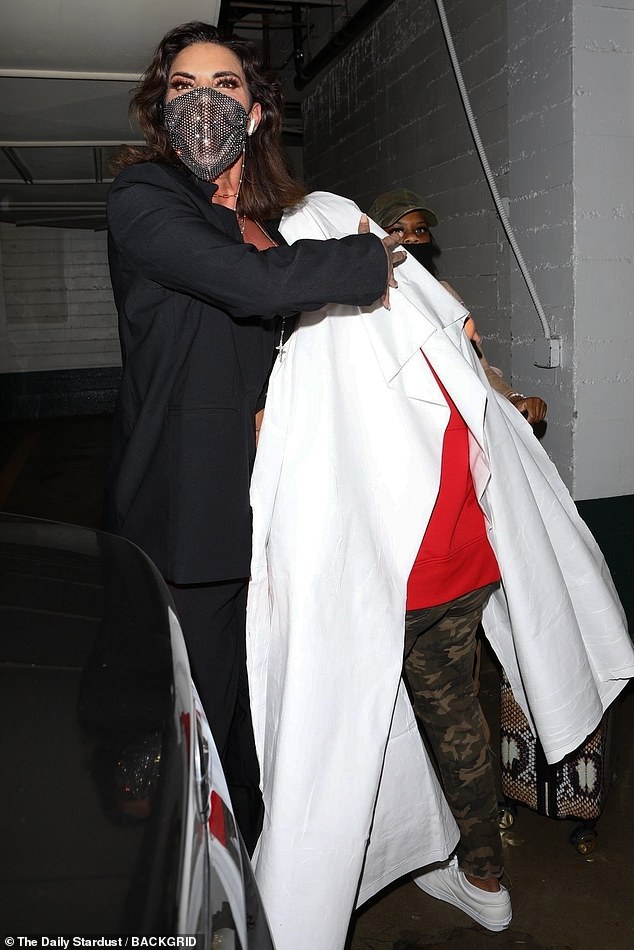