The alleged American mastermind behind the assassination of Jovenel Moïse believed he was sent by God to take over Haiti in a plot he claimed was backed by Washington , according to people close to him.

Christian Emmanuel Sanon, a 63-year-old doctor and pastor, reportedly told Haitian professor Michel Plancher at a meeting last month it was God’s ‘mission’ for him to replace Moïse as the leader of the Caribbean country.

‘He said he was sent by God. He was sent on a mission of God to replace Moïse,’ Plancher, a civil engineering professor at Quisqueya University in the Haitian capital Port-au-Prince, told the .

‘He said the president would be resigning soon. He didn’t say why.’

Plancher said he first met with Sanon on June 1 in a home in Port-au-Prince after receiving a call out of the blue. He was told Sanon was planning a political campaign and the two men met up again – this time with around eight other people – a day or two later.

Another associate of Sanon has suggested the US supported the plot for the Floridian to assume control of the country, saying the mission was supposed to ‘save Haiti from hell, with support from the US government’.

The associate, who spoke on condition of anonymity out of safety concerns, said Sanon told him he was approached by people claiming to represent the US State and Justice departments who told him they wanted to install him as president.

The plan was only for Moïse to be arrested, the associate said, insisting Sanon would not have participated if he knew Moïse would be killed. 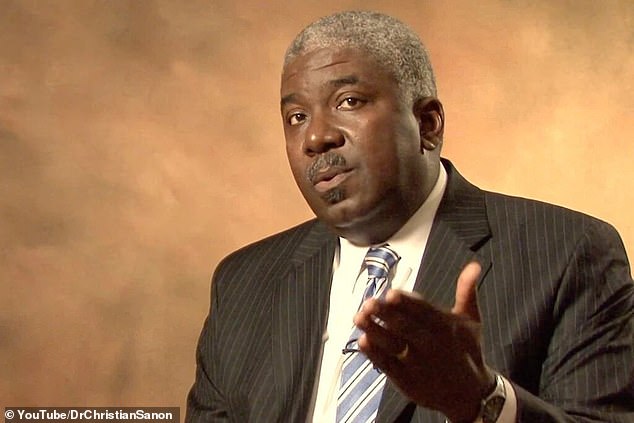 The alleged American mastermind behind the assassination of Jovenel Moïse believed he was sent by God to take over Haiti in a plot he claimed was backed by Washington DC, according to people close to him. Christian Emmanuel Sanon above

Haitian authorities have accused Sanon of being one of the key players in Wednesday’s deadly raid on the president’s home – something that has sparked disbelief among many who know the 63-year-old.

Sanon – a physician, a church pastor, and a failed Florida businessman who filed for bankruptcy – is unknown in Haitian political circles.

Associates described him as ‘gullible’ and suggested Sanon may have duped by those really behind the assassination plot.

One associate told AP he attended a recent meeting in Florida with Sanon and about a dozen other people, including Antonio Enmanuel Intriago Valera, a Venezuelan émigré to Miami who runs CTU Security.

CTU Security is said to have recruited the hit squad of assassins which included at least three Haitian Americans and 26 Colombians – many of whom are ex-military.

The associate said the meeting included a presentation on rebuilding Haiti, including its water system, converting trash into energy and fixing roads.

He said Sanon asked why the security team accompanying him to Haiti were all Colombians and was told that Haitians couldn’t be trusted and that the system is corrupt. 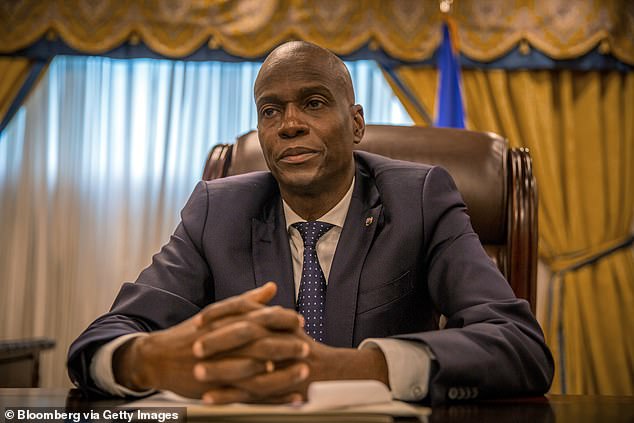 Moïse is pictured in 2018. The president was assassinated at his mansion in Port-au-Prince in the early hours of Wednesday 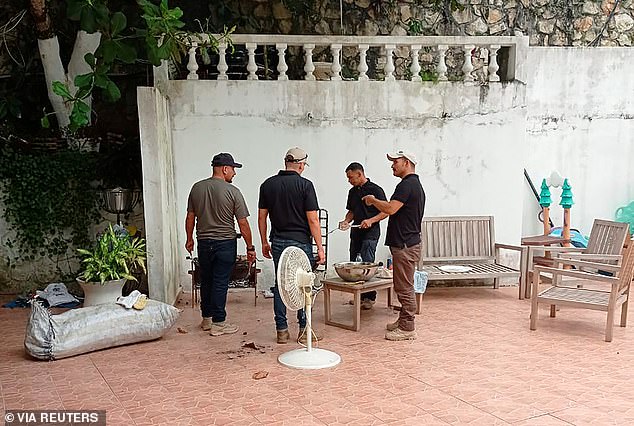 Colombian ex-soldiers, accused of involvement in the assassination of Haitian President Jovenel Moise, stand in a courtyard in Port-au-Prince, Haiti, days before the deadly raid

He said Sanon called him from Haiti a few days before the assassination and said the Colombians had disappeared.

‘I’m all by myself. Who are these people? I don’t know what they are doing,’ the associate quoted Sanon as saying.

Sanon ‘is completely gullible,’ the associate added. ‘He thinks God is going to save everything.’

Sanon’s brother Jean Sanon, who also lives in Florida, told DailyMail.com outside his West Palm Beach home that his brother is innocent.

Rev. Larry Caldwell, a Florida pastor who worked with Sanon setting up churches and medical clinics in Haiti between 2000 and 2010 also said he didn’t believe he would be involved in a murder plot.

‘I know the character of the man,’ Caldwell said.

‘You take a man like that and you’re then going to say he participated in a brutal crime of murder, knowing that being associated with that would send him to the pits of hell?

‘If there was one man who would be willing to stand in the breach to help his country, it would be Christian.’ 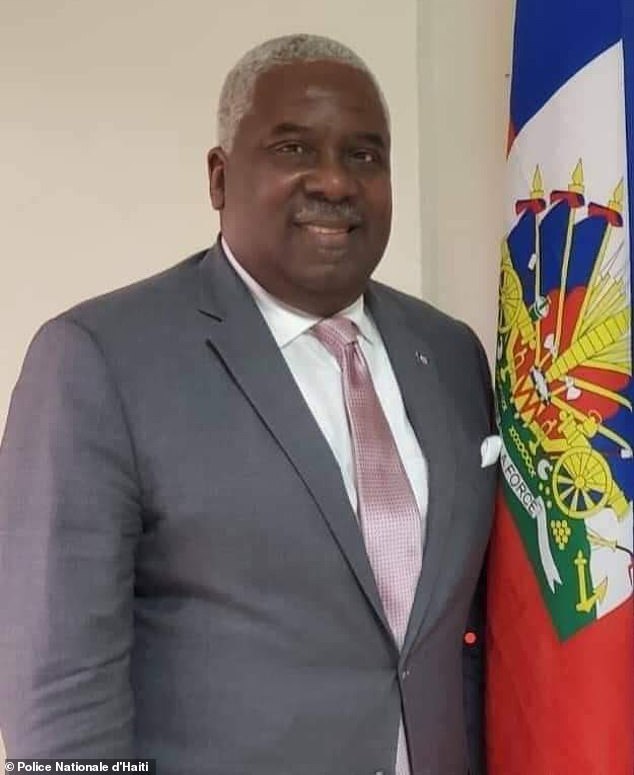 Sanon (pictured), a 63-year-old Florida doctor and pastor, reportedly told Haitian professor Michel Plancher at a meeting last month it was God’s ‘mission’ for him to replace Moïse

However Haiti’s National Police chief Léon Charles said Moïse’s killers were protecting Sanon, who he named as the mastermind of the assassination in a plot to install himself as the next president.

Colombia’s national police chief Gen. Jorge Luis Vargas said its company credit card was used to buy 19 plane tickets from Bogota to Santo Domingo for some of the Colombian suspects.

Most arrived in the Dominican Republic in June before entering Haiti within weeks, Vargas said.

Charles said Sanon flew into Haiti in June on a private jet accompanied by several of the alleged gunmen.

The suspects were told their job was to protect Sanon, but they were later ordered to arrest the president, Charles said.

Charles said that after Moïse was killed, one of the suspected assassins contacted Sanon who then got in touch with two other people believed to be masterminds of the plot. He did not identify the masterminds or say if police know who they are.

Authorities are yet to present evidence of Sanon’s involvement in the assassination plot. 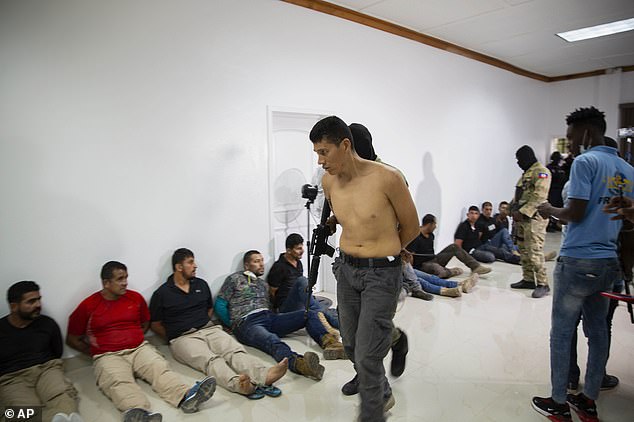 Suspects in the assassination of Haiti’s President Jovenel Moïse are shown to the media in Port-au-Prince, Haiti on Thursday 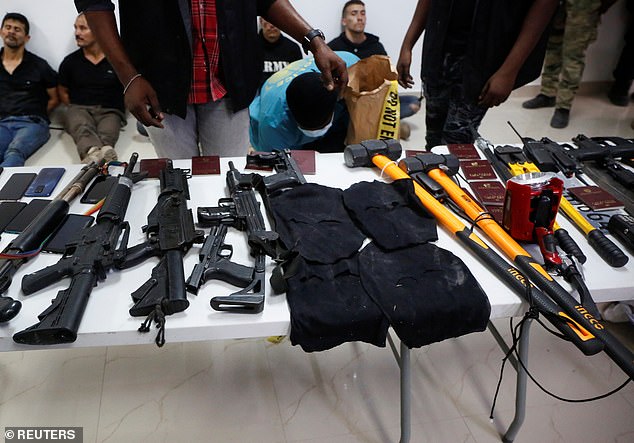 Weaponry, mobile phones, passports and other items are being shown to the media along with suspects in the assassination 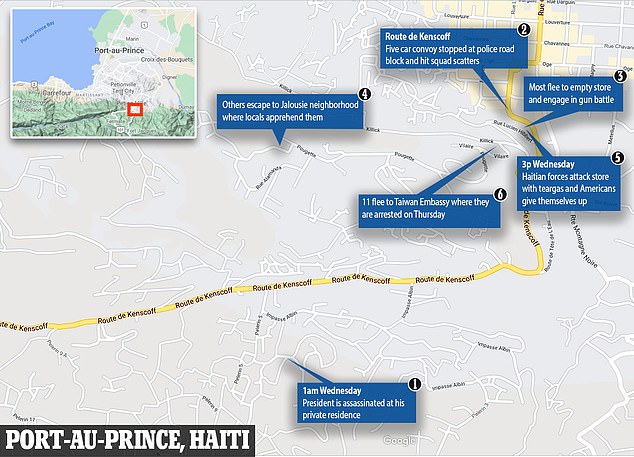 Haitian police said officers found a hat emblazoned with the logo of the US Drug Enforcement Administration in Sanon’s home in Haiti – along with an arsenal of weapons including 20 boxes of bullets, gun parts, four license plates from the Dominican Republic, two cars and correspondence.

Sanon launched a website last month campaigning to replace Moïse as president in, DailyMail.com has revealed.

As part of the campaign he claimed to have the backing of a key UN figure and wrote a letter to a State Department official saying he had been picked as interim leader of the country.

His political ambitions appeared to at least date back to February 2011 when he launched a website entitled ‘Dr Christian Sanon Leadership pour Haiti’.

The site has since vanished but archived web pages from 2011 to 2016 include a portal for donations, a ‘plan for Haiti’, and news updates on Sanon’s efforts to build clinics in the aftermath of the devastating 2010 earthquake.

In a YouTube video for the campaign, he hits out at the nation’s leaders for corruption.

Sanon has lived in the US since the 70s including Kansas City, Missouri and most recently Florida. 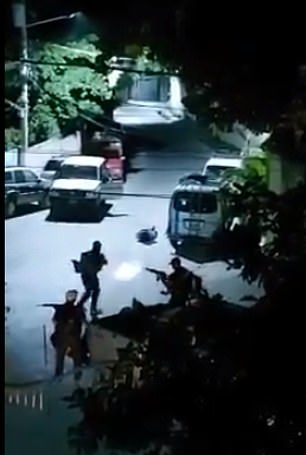 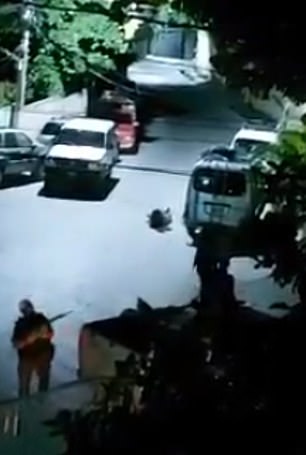 Florida records show he started about a dozen businesses over the last 20 years, all of which failed, including ones that appeared related to medical imaging, physical therapy, fossil fuel trading, real estate and veganism.

In court papers filed in a 2013 bankruptcy case, he said he was a physician and a pastor at the Tabarre Evangelical Tabernacle in Haiti.

He also said he had stakes in enterprises including the Organization of Rome Haiti, which he identified as a non-governmental group, a radio station in Haiti and medical facilities in Haiti and the Dominican Republic.

Records show Sanon has never been licensed to practice medicine or any other occupation covered by Florida’s Department of Health.

Sanon is one of three Haitian Americans arrested over the assassination plot. The two others are James Solages, 35, a maintenance worker and charity president, and Joseph Vincent, 55.

Vincent was a DEA informant who handed over the warlord responsible for leading the last coup in the Caribbean nation, it has been revealed.

The DEA has admitted one of their ‘confidential sources’ was involved in the assassination but denied it orchestrated the plot. 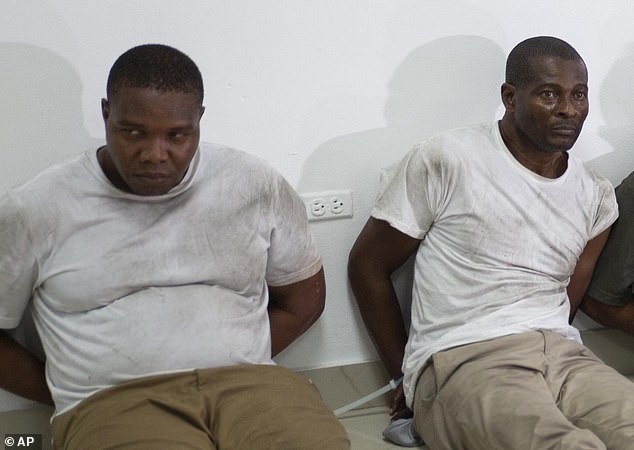 James Solages, 35, (left) and Joseph Vincent, 55, (right) are seen Thursday following their arrests. It has emerged Vincent was a DEA informant who handed over the warlord responsible for leading the last coup in the Caribbean nation

The agency was forced to reveal one of its informants was allegedly involved in the plot after the suspect called a DEA contact after the killing and they helped orchestrate his surrender to authorities.

While the DEA did not confirm the identity of its confidential source, Vincent was named by sources to the as the DEA informant.

Vincent helped the DEA in 2017 to arrest Guy Philippe, who led a 2004 coup against then-President Jean Bertrand Aristide, on drugs trafficking charges, the sources said. Vincent was with Haitian Police when Philippe was handed over to the DEA at an airport. Philippe is now serving nine years in a US federal prison.

A number of the arrested suspects are FBI informants,  reported.

Footage from the early Wednesday assassination shows an attacker with an American accent shouting in English ‘this is a DEA operation’ as the hit squad arrived at the president’s mansion.

Both US and Haitian authorities insisted in the hours after the assassination that the DEA was not involved. 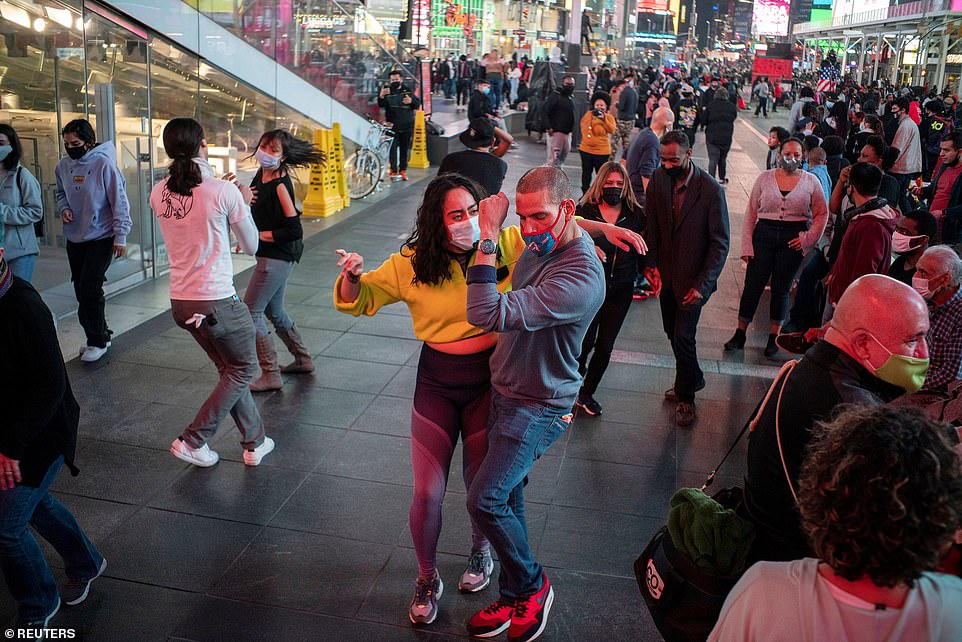 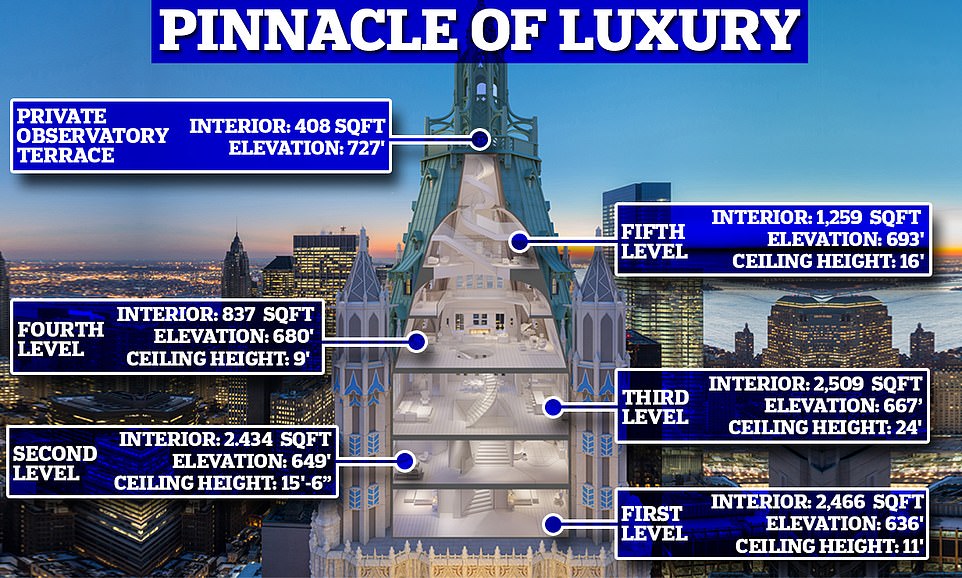 On top of the world! $79million apartment in the spire of the Woolworth Building hits the market 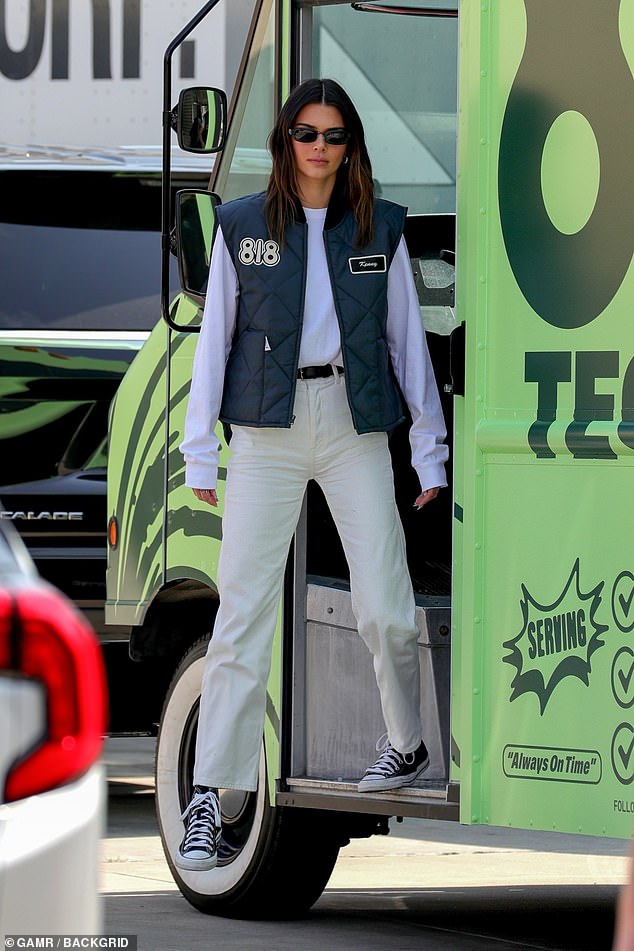 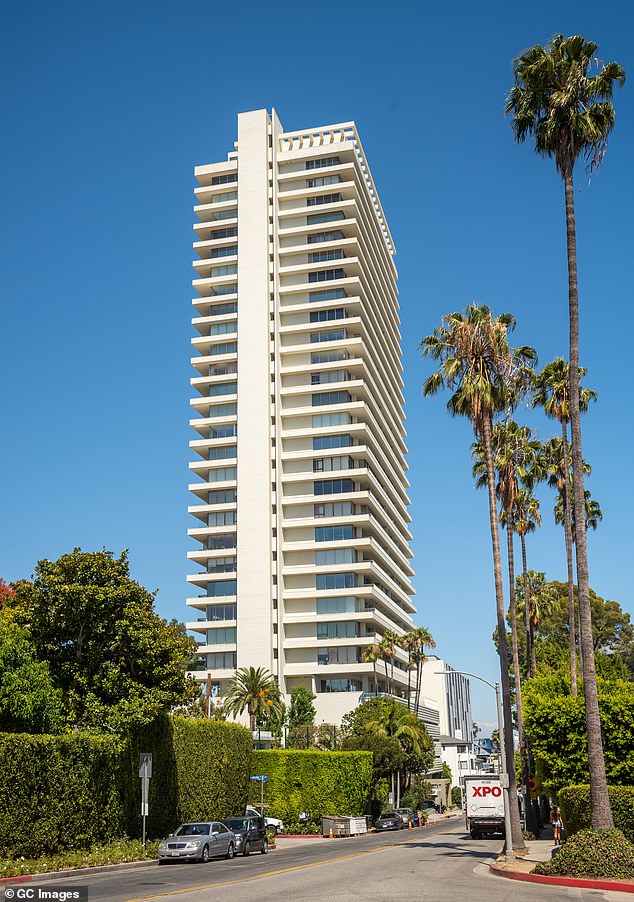 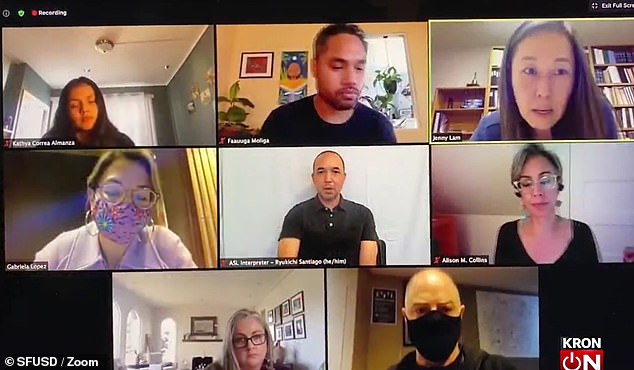 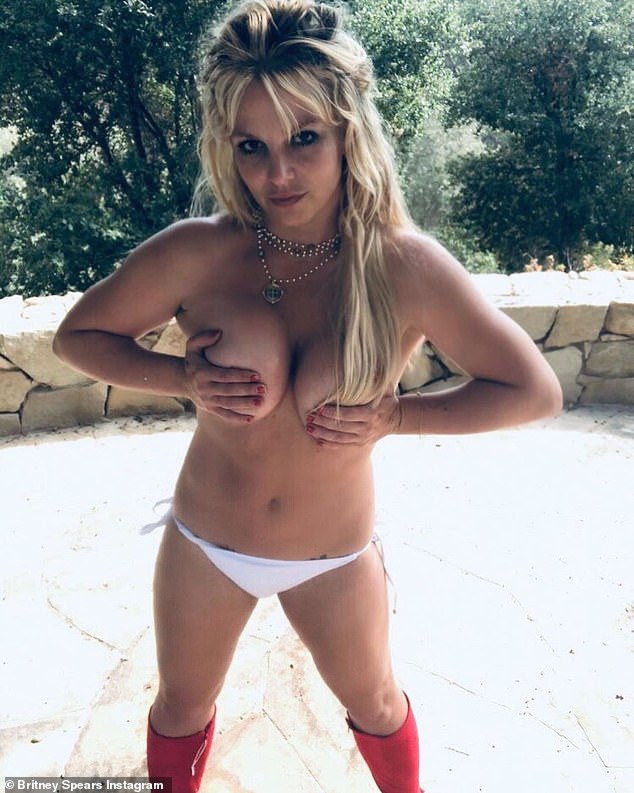 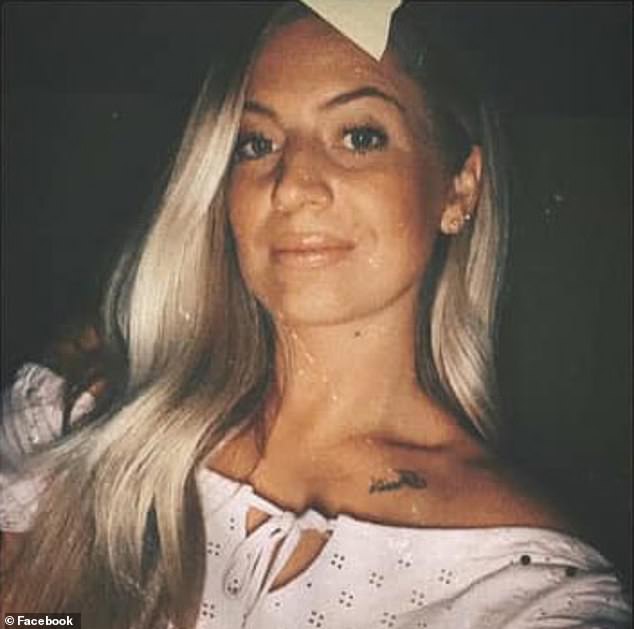 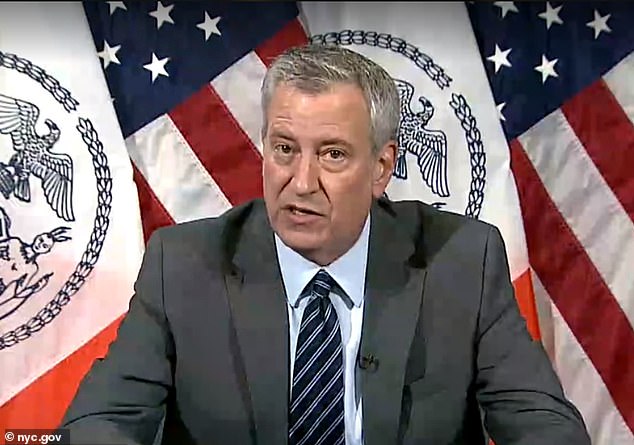