A venue became a sea of England flags last night when David Baddiel, Frank Skinner and Lightning Seeds took to the stage to perform their song Three Lions.

The special gig was put on for England fans ahead of the final as part of the ‘s Revive Live campaign at 229 club in London.

Sir Geoff Hurst, who scored a hat-trick for England as the team won the 1966 World Cup Final introduced comedians Skinner and Baddiel onto the stage, decorated with England flags and flashing lights, to the delight of the crowd. 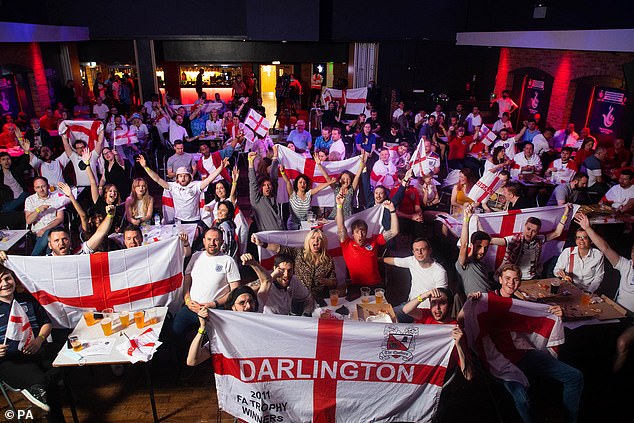 Fans became visibly emotional as the infamous tune began, with England chants continuing after the song was done and the audience breaking out into a rendition of Sweet Caroline.

People danced on chairs and tables as security gave up on attempts to remove them.

Fans described the concert as amazing and emotional.

Camilla Daza, 27, from New York, said: I’m not even British but I felt emotional. After the year that you’ve had it was really nice to see everyone come together behind something really positive.’

David Smith, 51, from Grimsby said that the night was his ‘Woodstock moment’. 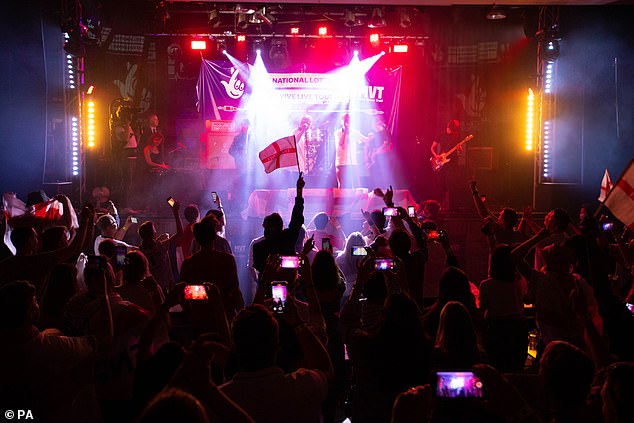 David Baddiel, Frank Skinner and Lightning Seeds performed the tune at a special gig for England fans ahead of the Euro final against Italy on Sunday evening 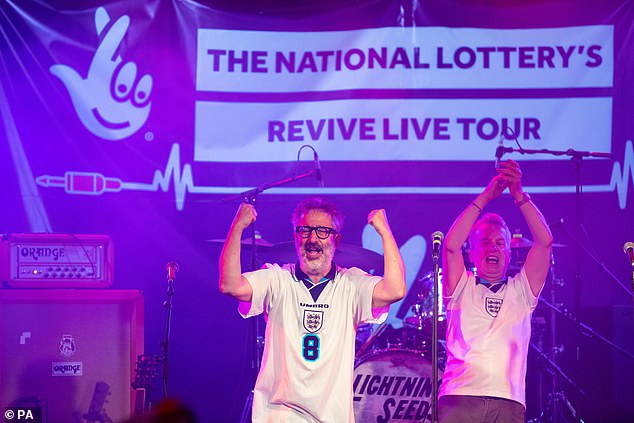 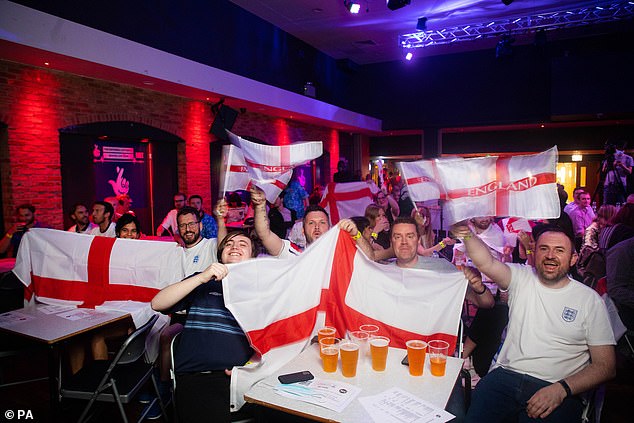 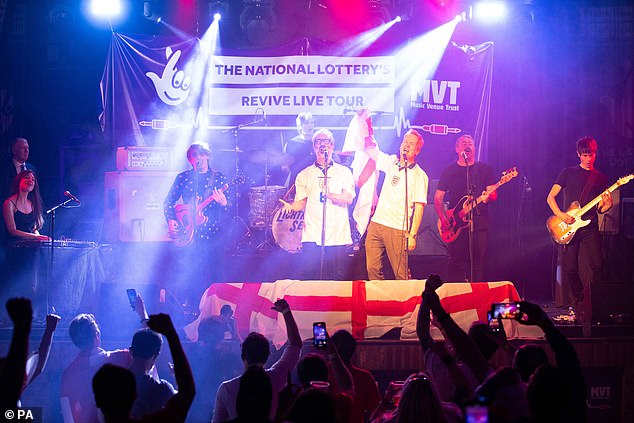 The crowds were captured loudly singing along to 90s classics including Oasis’ Wonderwall, Under The Bridge by the Red Hot Chili Peppers, and The Reason by Hoobastank

A four-day bank holiday in August could be declared if England win the European Championships tonight.

Britons could be granted another reason to cheer on the Three Lions as they face off against Italy at Wembley, as reports suggest a victory could mean extra time off in August.

A petition calling for the bank holiday has already topped 350,000 signatures.

Friday August 27 is thought to be the most likely option for the additional day off because it would align with the summer bank holiday on the following Monday, The Telegraph reports.

A source said the potential four-day weekend would spark an economic boost as more Britons would be able to take mini-breaks before schools go back for the next academic year.

‘It was absolutely amazing and surreal,’ he said. ‘I started crying, I was so emotional. To see Sir Geoff Hurst introduce the best song ever.

‘This is our moment, we’ve waited so long for this. This is our time.’

The crowds were captured loudly singing along to 90s classics including Oasis’ Wonderwall, Under The Bridge by the Red Hot Chili Peppers, and The Reason by Hoobastank.

It comes after UEFA reportedly stopped the duo from singing Three Lions before the  final as it is too ‘partisan’ and ‘unfair’ on the Italians.

While appearing on the TV show , Skinner shared his frustrations with UEFA’s decision.

He reminded viewers that Andrea Bocelli sang Nessun Dormua at the opening ceremony – which saw Italy kick-off the tournament against Turkey.

But, that didn’t stop the pair from taking to the stage last night.

Ben McDonald, 19, from Hampshire said: ‘You can definitely feel something building up.’

‘You can sense a real buzz in London today, it’s like something is about to pop.’

Across the country, celebrations are already kicking off as fans clamber onto buses outside Wembley, pack out pubs and set off flares in King’s Cross and Leicester Square before this evening’s match against Italy.

Supporters sporting the team’s red and white and singing Football’s Coming Home and Sweet Caroline crammed into pubs as an estimated 35 million people tune in to watch the once-in-a-generation clash on TV while 60,000 spectators cheer on Gareth Southgate’s men later today.

Crowds of fans draped in England flags arrived outside Wembley, the Home of Football, several hours before kick-off. 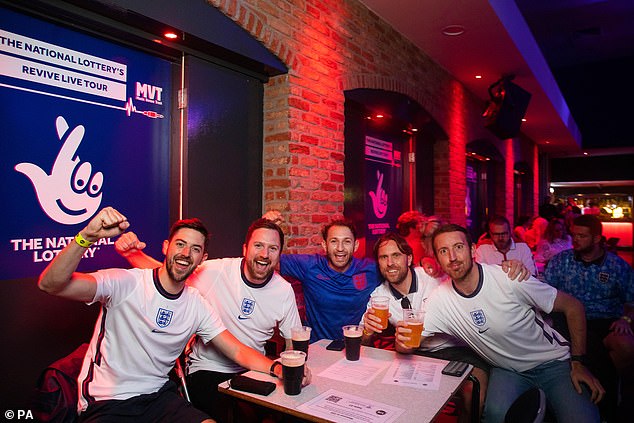 Fans became visibly emotional as the infamous tune began, with England chants continuing after the song was done 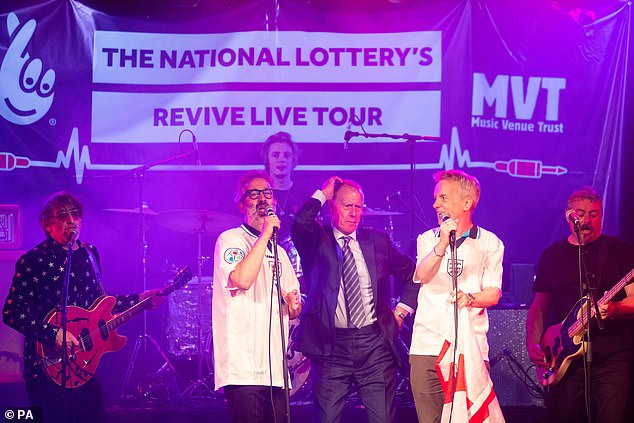 Sir Geoff Hurst, who scored a hat-trick for England as the team won the 1966 World Cup Final introduced comedians Skinner and Baddiel onto the stage

Some even climbed on top of a bus outside the grounds, while others outside King’s Cross station in the capital let off red and white smoke during the celebratory build-up.

Although tickets quickly sold out, a category A seat became available at 2pm for around £810, and was snapped up almost immediately.

MailOnline previously found tickets selling for tens of thousands of pounds on so-called ‘touting’ websites the day after the semi-final against Denmark.

England captain Harry Kane said his team hopes to do the nation proud in their bid for Euro 2020 glory. 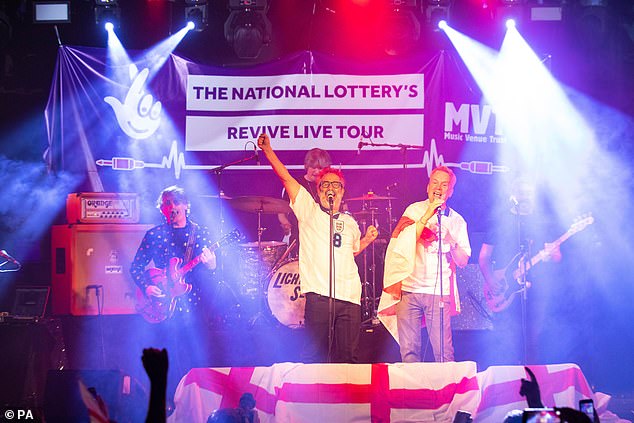 He told reporters at a press conference last night: ‘We want to go and bring the trophy home’ – adding: ‘We know how much it means to the English fans all over the country so we’re proud to be representing them and hopefully we can do them proud again.’ 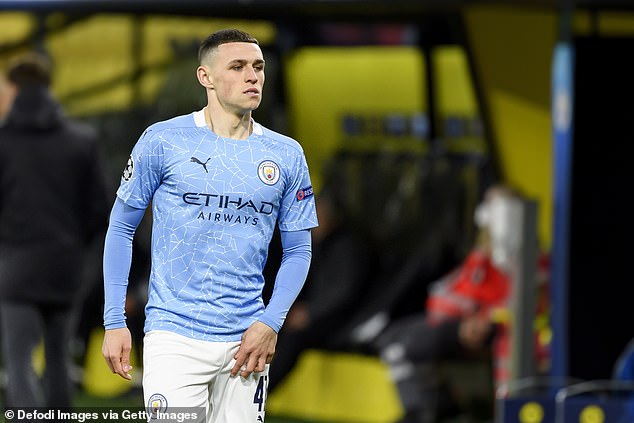 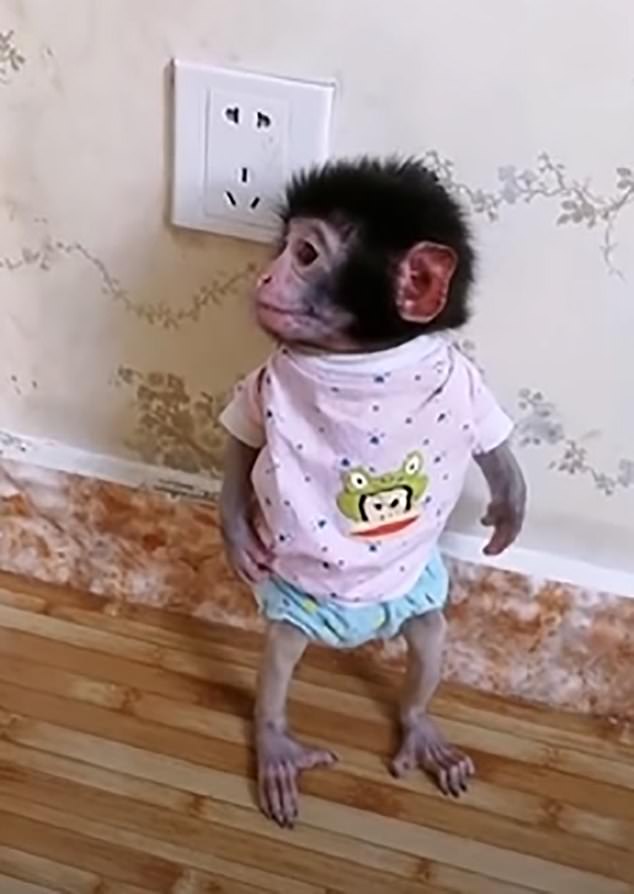 Baby monkeys are beaten, thrown into a lake and tortured to death in horrifying YouTube videos 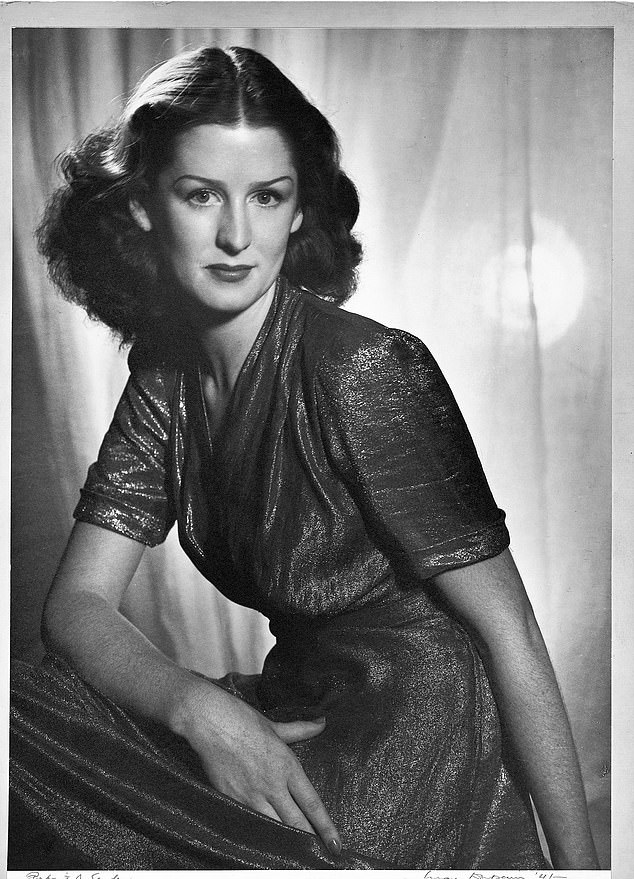 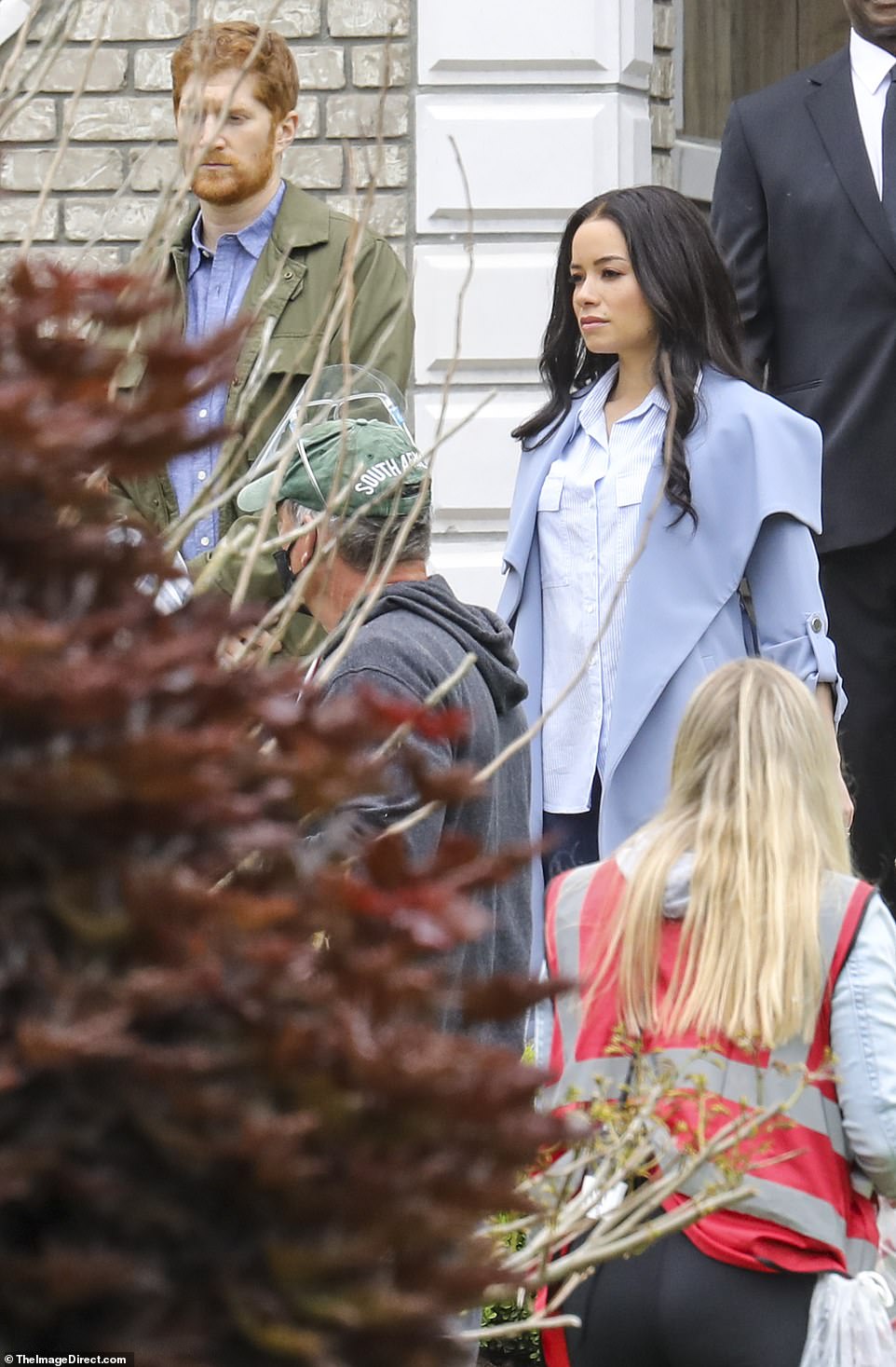 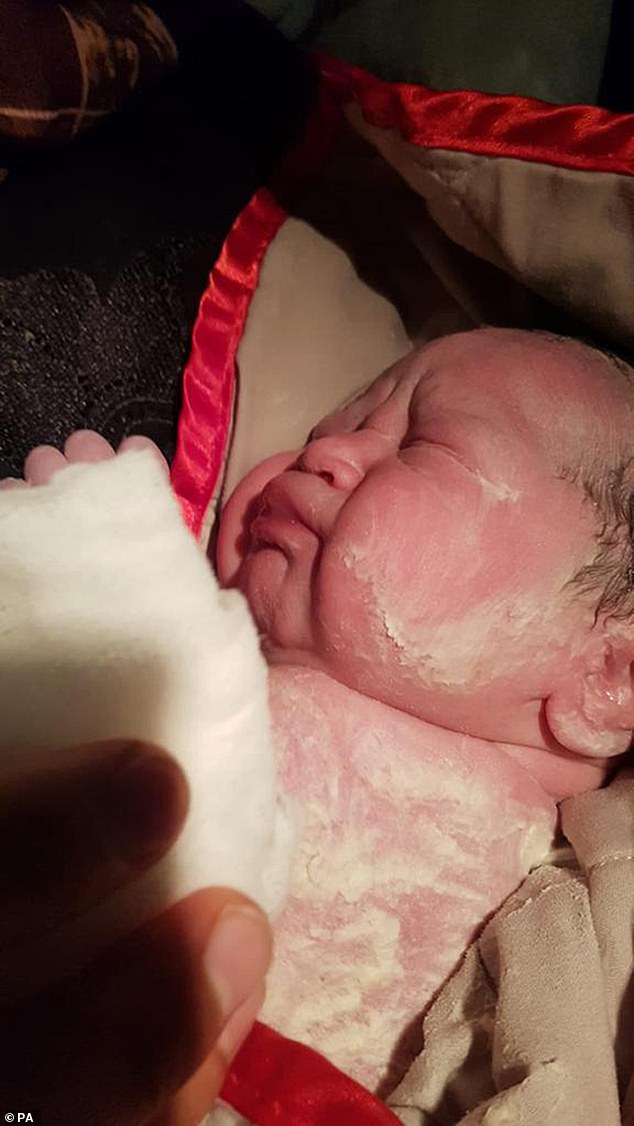 Baby Havva born at 33,000ft on flight from Dubai to Birmingham after mother evacuated from Kabul 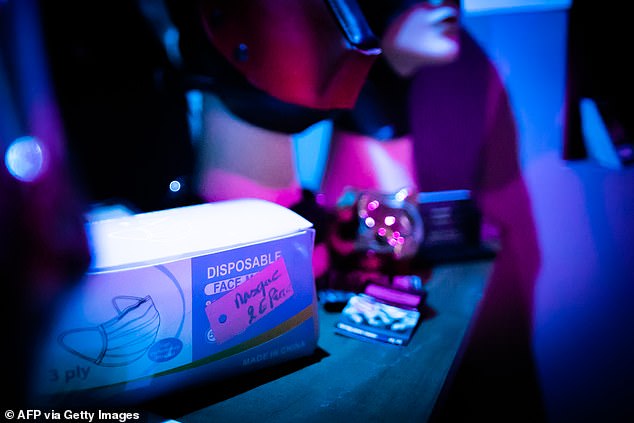 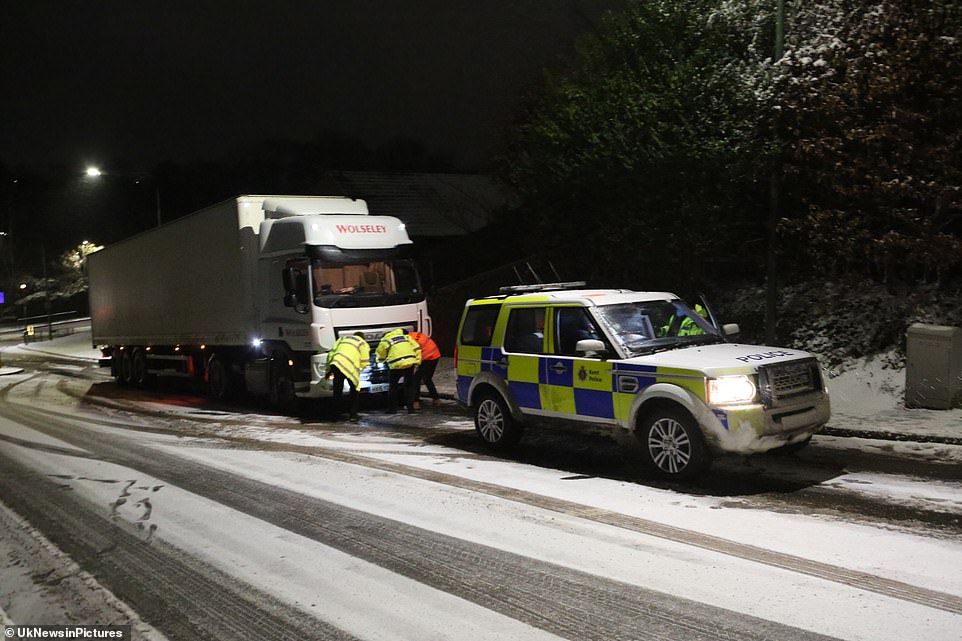