January Jones brought her good sense of humor and even better body to a Friday Instagram post.

The 43-year-old Mad Men actress bared her chest while modeling nothing but ‘uneven boob tape’ and a black thong.

The intimate snap of the makeup-free blonde was taken in the privacy of her bathroom and she joked: ‘This post will self destruct in 5, 4, 3, 2.’ 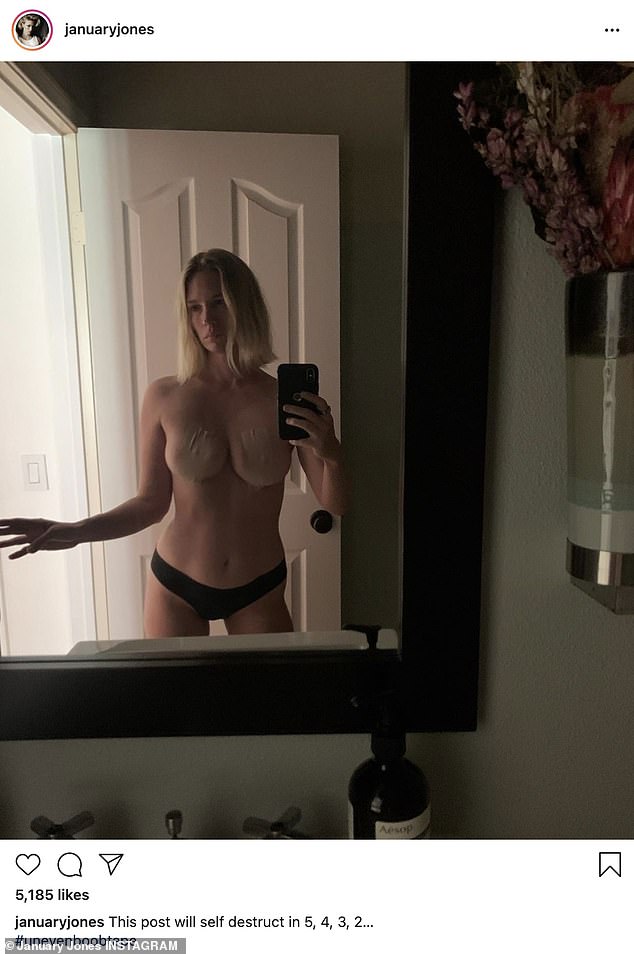 January Jones, 43, sets instagram ablaze as she wears nothing but boob tape and a pair of black underwear in a racy bathroom snap

Jones mirror selfie came as a delight to her 1.1M followers who could not but help overheat in the comments section.

‘Good lord,’ wrote on follower, while another joked ‘This post should be illegal.’

She later took time to explain to a fan that the tape: ‘Keeps my bubs in place when I wanna wear a dress or a top that looks wrong with a bra.’

Though some of her followers have brandished her barely-there snaps as ‘desperate’ or ‘attention seeking,’ Jones has found a way to turn it back around with a blunt sense of humor. 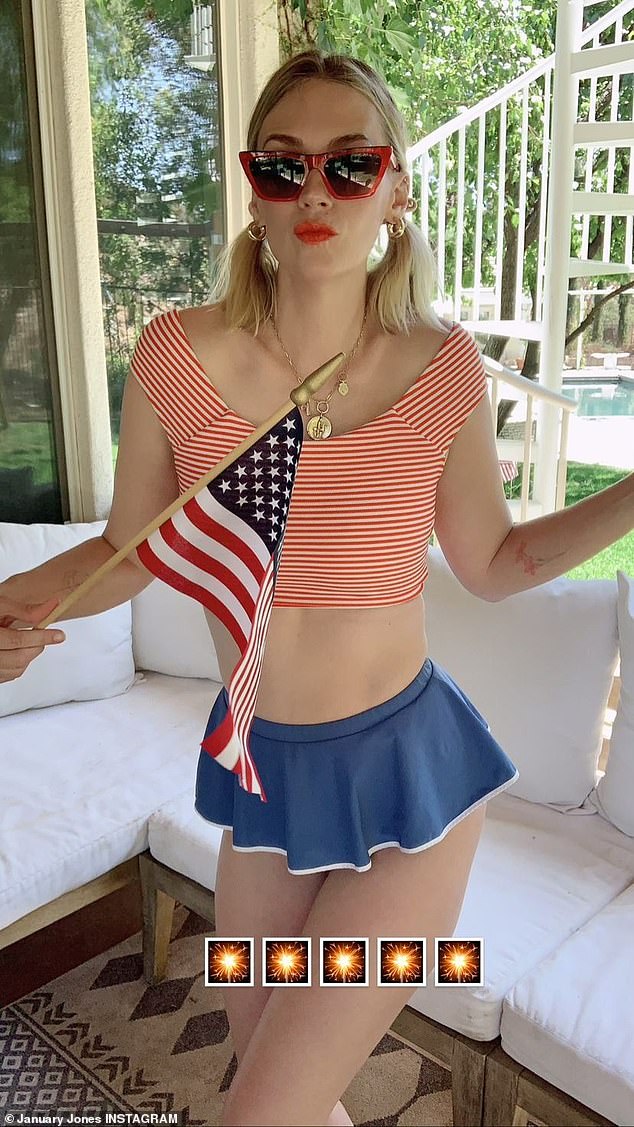 Barely there: The Mad Men actress is not shy about showing off her incredible figure on Instagram; pictured July 4 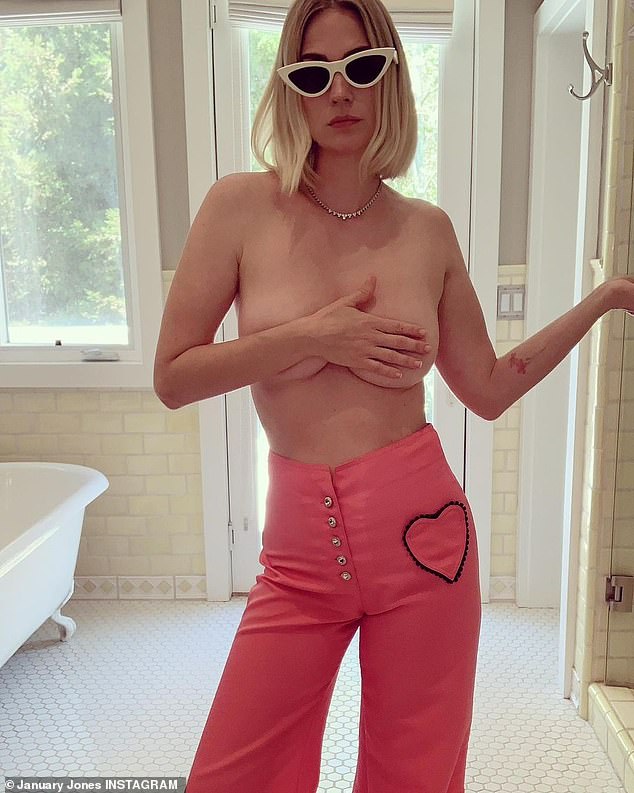 ‘Attention-grabbing’: She has also had to fend off trolls who have brandished her content as a ‘desperate cry for attention’; pictured April 16 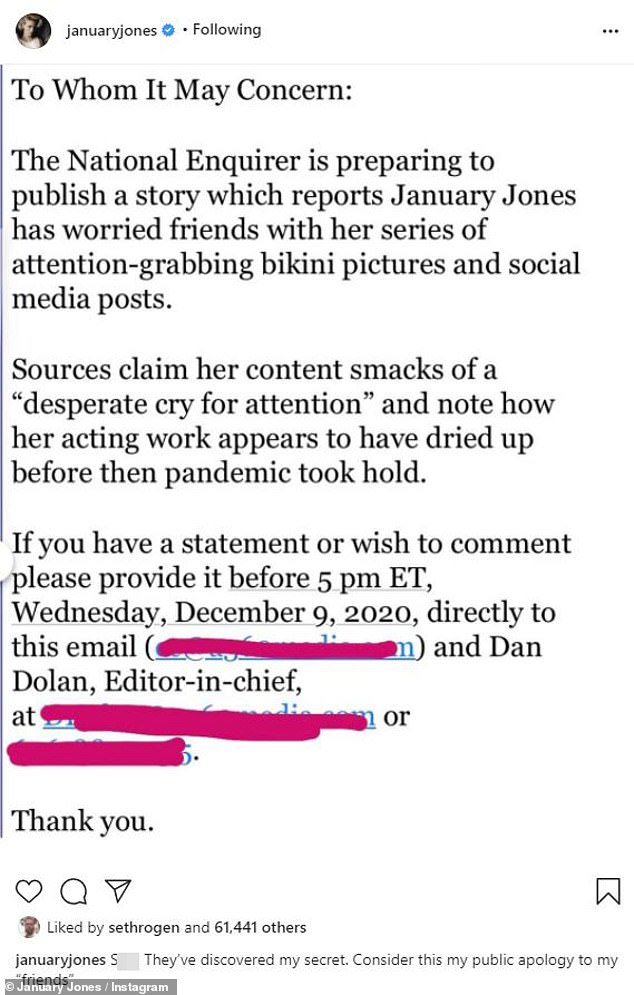 Clapping back: Jones posted what looked to be a legal request to Instagram from the National Enquirer in December in which they stated they were set to release a story over her ‘attention-grabbing posts’ which ‘worried’ pals; December 8

In December she posted what looked to be a legal request from the National Enquirer, which alerted she and her team that they were set to release a story that friends were ‘worried’ about her relentless ‘attention-grabbing’ posts.

An excerpt from the request read: ‘Sources claim her content smacks of a “desperate cry for attention” and note how her acting work appears to have dried up before the pandemic took hold.’

She shared the snap with the caption: ‘S**t. They’ve discovered my secret. Consider this my public apology to my “friends.”

Another snap she posted in a red bikini came complete with the caption: ‘#DESPERATE.’ 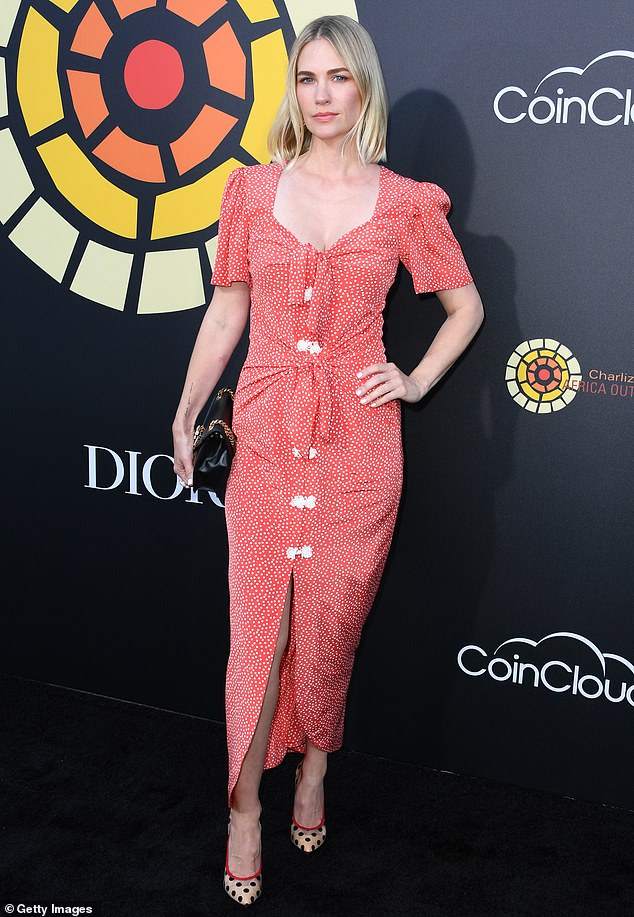 Hot mama: The actress has one son Xander, who she welcomed in 2011 but has never revealed the identity of the baby daddy; pictured June 26

The actress welcomed her first child Xander, eight, in 2011 but has never revealed the name or identity of her baby daddy.

In the past she had been romantically linked to Bachelor’s Nick Viall who spoke about the relationship and how it came to be, on

‘She went on TV and kind of anecdotally talked about being a fan of The Bachelor, and she brought my name up. People thought either she was teasing me or flirting and so, I just DM’d her,’ he said.

Though the relationship fizzled Viall said: ‘She was a delightful, wonderful person, and I enjoyed my time with her, and you know, it was great to get to know her,’ in the March interview. 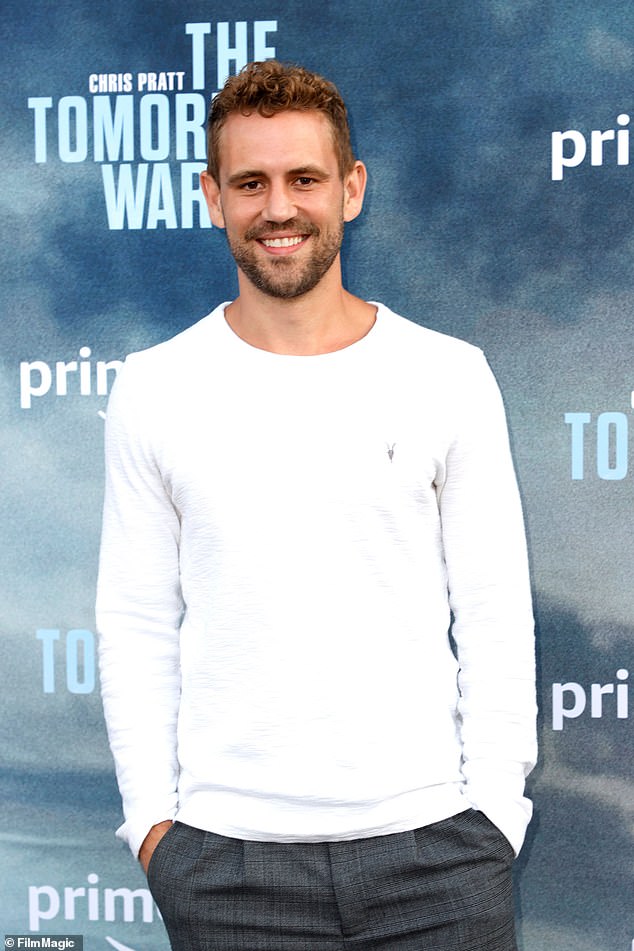 Brief fling: The Bachelor’s Viall spoke about his time with Jones in a March interview where he called her ‘a delightful, wonderful person’; pictured June 30 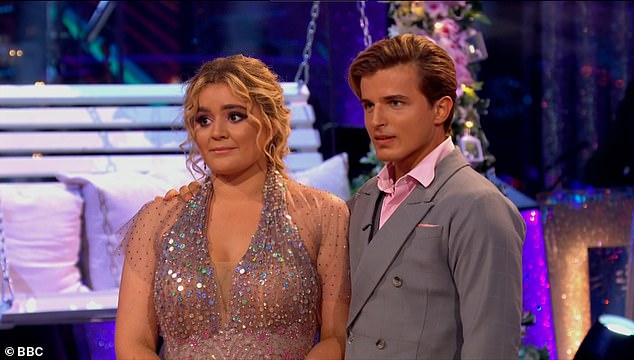 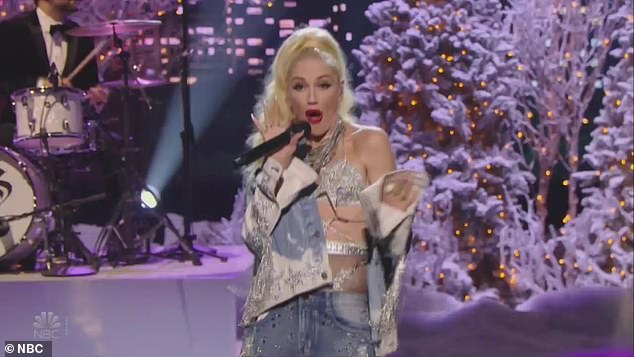 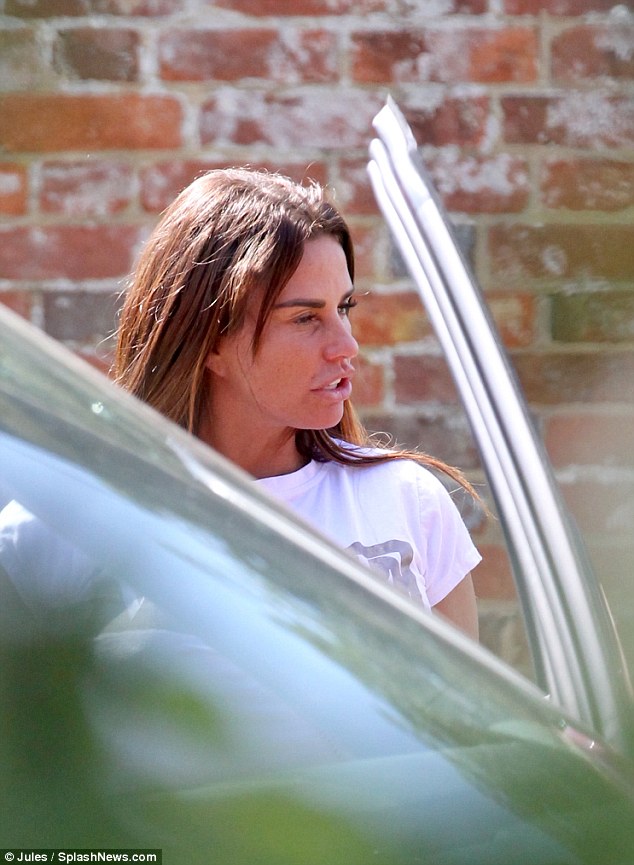 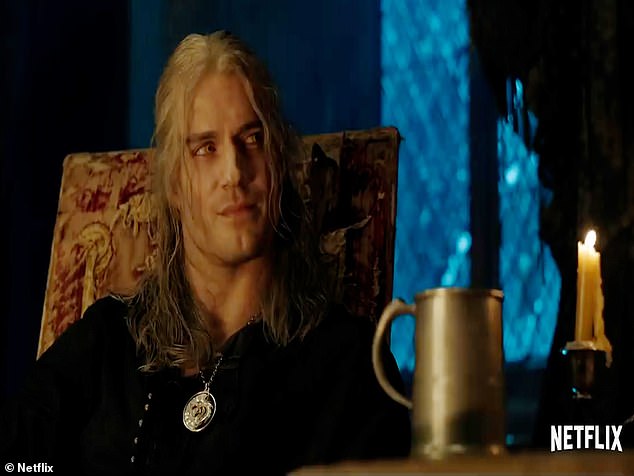 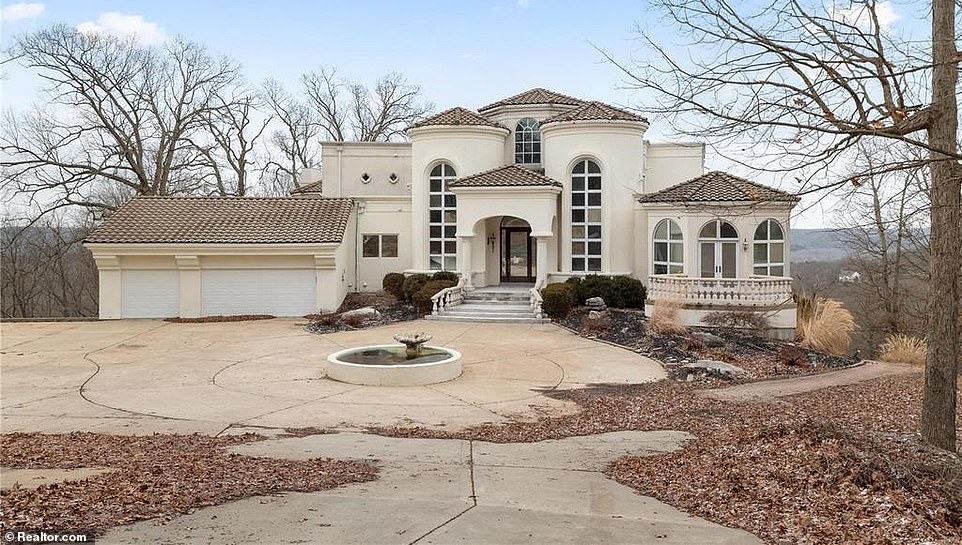 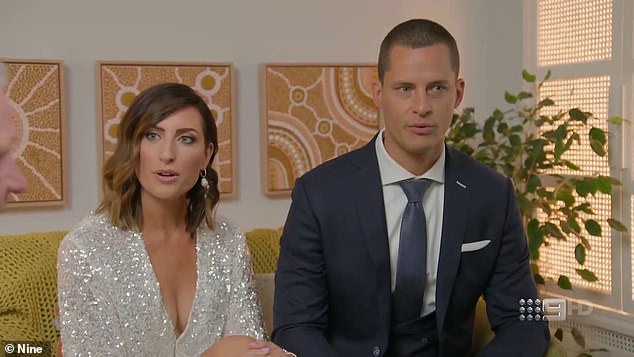 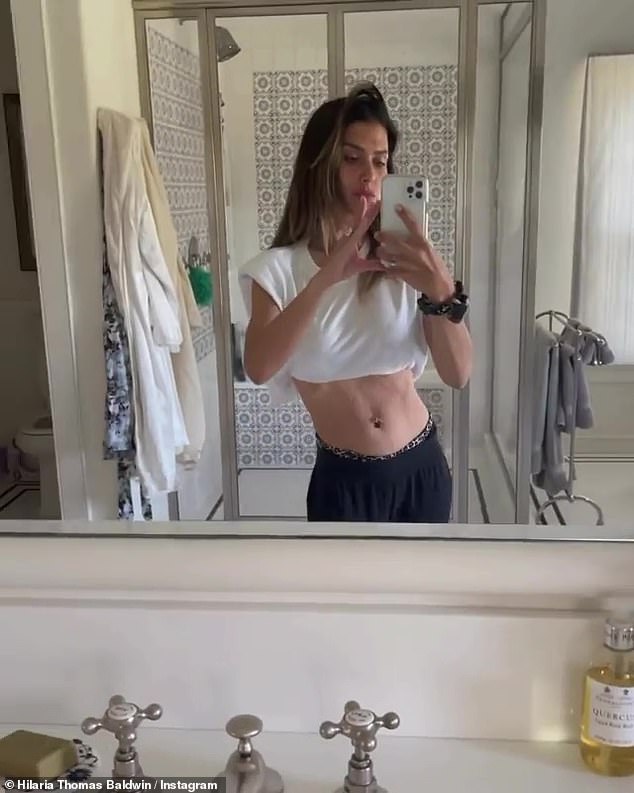 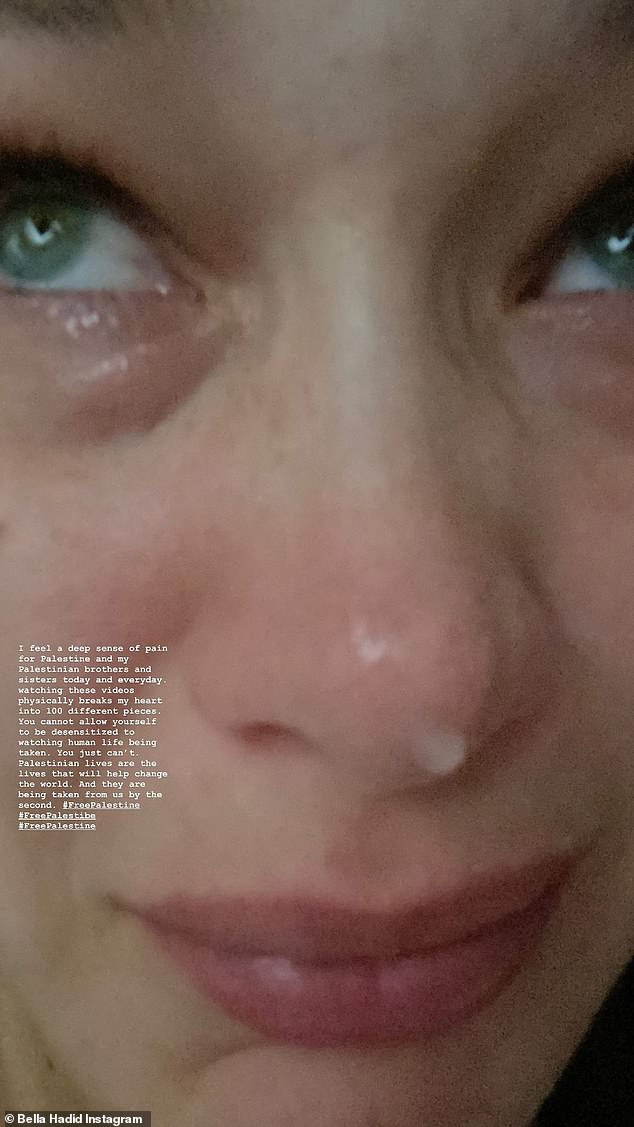