Her book about finding love in old age was turned into hit film The Best Exotic Marigold Hotel, but Deborah Moggach has admitted defeat in her own marriage.

I can disclose that the best-selling novelist has split up with her writer husband, Mark Williams, after eight years.

‘I think it was quite courageous to leave a marriage at my age,’ she declares. ‘Some people would stick it out. I’m obviously too demanding. I’d rather be free and independent.’ 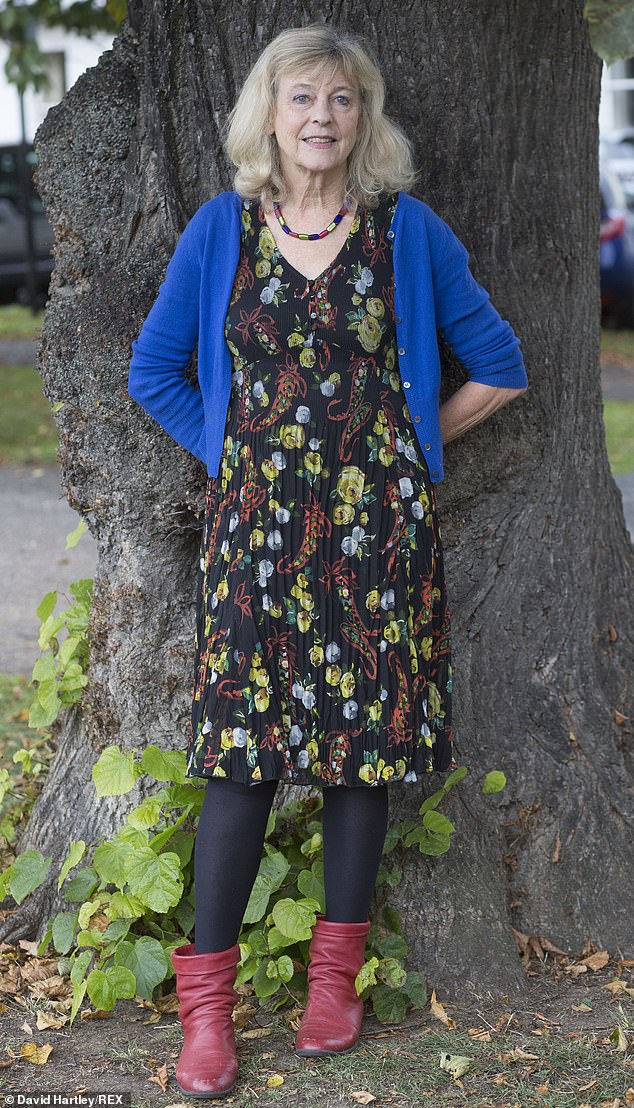 I can disclose that the best-selling novelist Deborah Moggach has split up with her writer husband, Mark Williams, after eight years

When Moggach, whose books include Tulip Fever and These Foolish Things, exchanged vows with Williams in 2013, her son, Tom, jokingly referred to her new husband’s ‘racy past’, which included a conviction for laundering more than £2 million of drugs money for which he was jailed for three years. 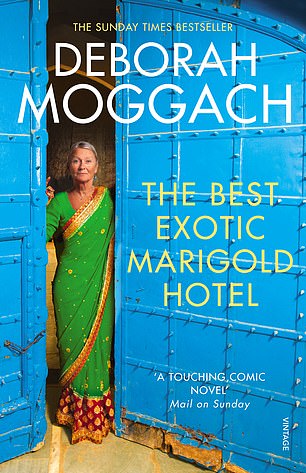 ‘After the first lockdown, my husband and I parted,’ she explains. ‘I spent the second and third lockdowns on my own. I hadn’t been alone for ten years and I missed having someone to chortle along with when listening to the radio, and to make supper for.

‘Sometimes, I think having anyone in the house is better than nobody. I like the floorboards creaking and someone else being around.’

Deborah, who turned 73 yesterday, was previously married to the late publisher Tony Moggach, with whom she has two children.

After their divorce, she went out with cartoonist Mel Calman, who died suddenly in 1994. She then dated Hungarian artist Csaba Pasztor, who was 15 years her junior. ‘When we’re in a marriage, we’re very different people with our partners,’ says Moggach, who splits her time between her house next to Hampstead Heath, in North London, and a cottage in Kent. ‘We mentally put on our tracksuits with them. They’re the last person we bother to try for — and marriage needs work. I’ve been writing about marriage for 50 years, and it’s inexhaustibly fascinating.’

Moggach, who wrote the screenplay for the acclaimed 2005 film of Pride & Prejudice starring Keira Knightley, adds: ‘I think the closer we are to someone, the more of a mystery they are — partly because sexual love is so overpowering that opposites attract, and in normal life you might not have had a lot in common.

‘Once you’ve split up, you realise it’s the difference that causes the friction.’ 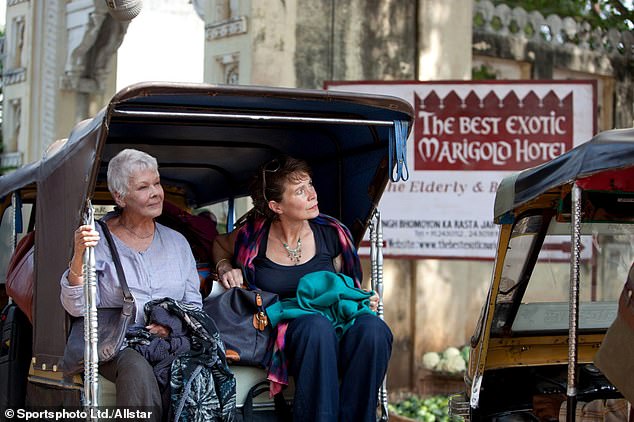 Moggach and her husband parted after the first lockdown and she spent the second and third lockdowns alone (pictured: Judi Dench and Celia Imrie in The Best Exotic Marigold Hotel film)

West End star Georgina Castle — who plays a stepsister in Andrew Lloyd Webber’s new musical, Cinderella — is furious that stage shows are facing stricter pandemic restrictions than sporting events such as Wimbledon, where her father, Andrew Castle, is a BBC commentator.

‘It’s frustrating that they’re allowed more people,’ she tells me. ‘We have to get on a packed Tube and walk through Leicester Square to get to the theatre, so it all just seems upside-down.’ Castle, 28, points out that Wimbledon will have full capacity of 15,000 on Centre Court over the finals weekend and, if it rains the roof will go up, so ‘it will be indoors, just like the theatre’.

Charlie’s Angel walks her mum up the aisle 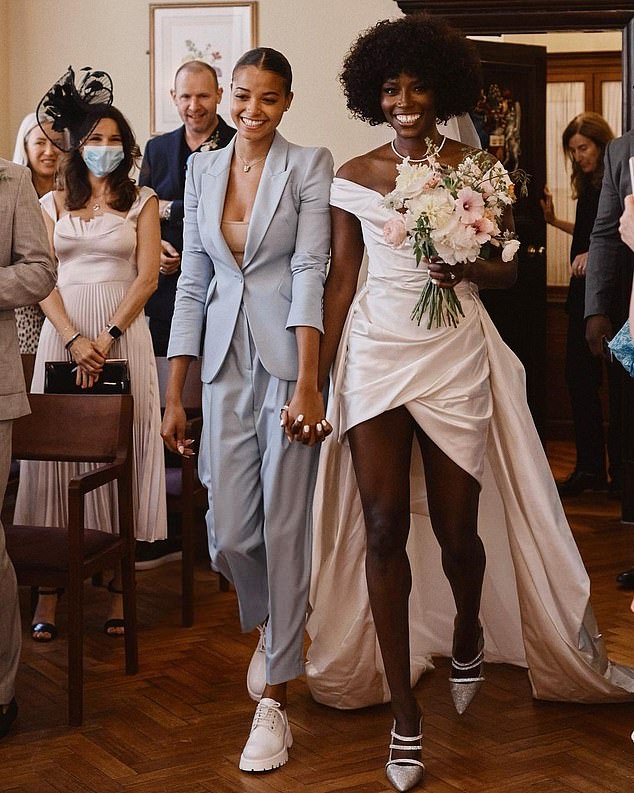 As a star of Charlie’s Angels, Ella Balinska is used to challenges, but at the weekend she carried out her most daunting one: walking her mother up the aisle.

Model-turned-television chef Lorraine Pascale, 48, exchanged vows with businessman Dennis O’Brien, 45 (inset), at Chelsea Old Town Hall and Ella, 24, made sure she got there. ‘Gave my mum away and found my forever family,’ Ella says. Pascale was adopted at 18 months old and never developed a relationship with her natural father. She was previously married to Polish musician Count Kaz Balinski-Jundzill.

The chef, who has sold almost one million recipe books in Britain, was delighted that Ella did the honours, exclaiming: ‘My powerhouse of a daughter gave me away!’ 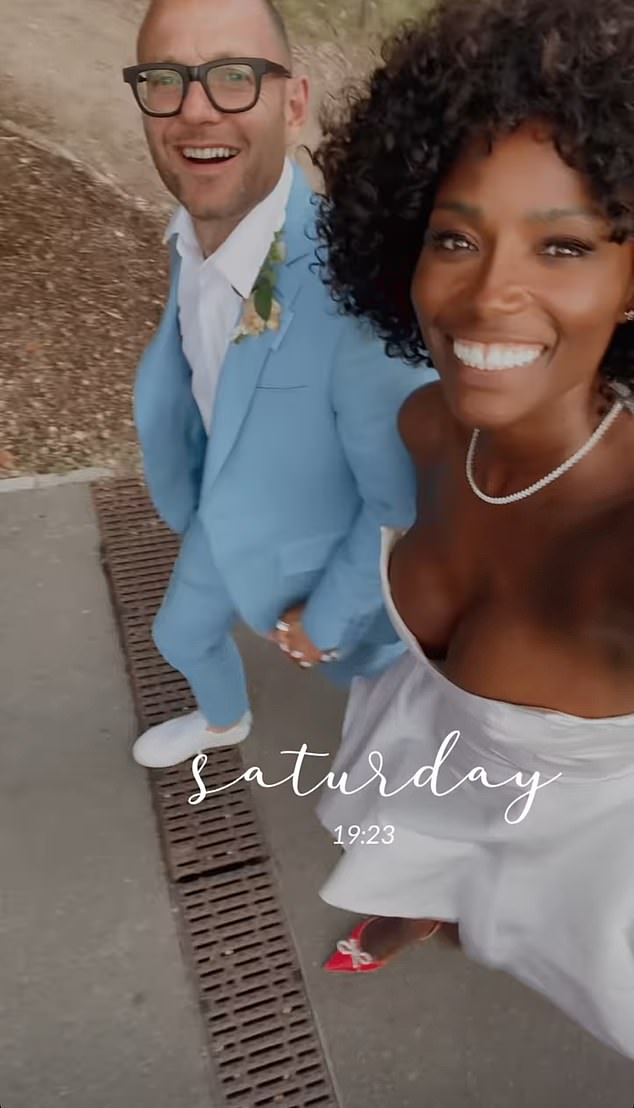 Matt Hancock would have been free to carry on philandering if he were a Victorian politician, says author Lady Antonia Fraser. ‘In those days, there was no fuss about extra-marital relationships, and no press or social media to worry about,’ she says at the Daily Mail Chalke Valley History Festival. ‘The rules are quite different.’

Ronnie Corbett’s daughter, Sophie, and her son Dylan have had The Two Ronnies tattooed on their arms in memory of the celebrated comedian, who died in 2016 aged 85. They both sport the symbol of two pairs of glasses which was synonymous with Corbett’s comic partnership with the late Ronnie Barker. ‘I wanted him with me every single day,’ says Dylan, who describes Corbett as a ‘best friend, a grandfather and an idol’. 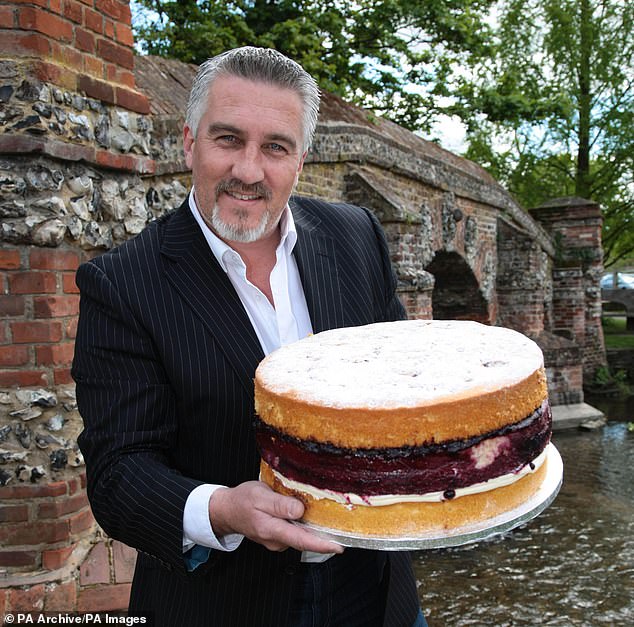 It has been revealed that Paul Hollywood put a value on himself — £10 million. The master baker’s business, HJP Media, which handles some of the money from his TV shows and numerous books, says he’s worth £9.95 million to the firm

With his baby blue eyes and cheery smile, Paul Hollywood is regarded as The Great British Bake Off’s biggest asset. And now it’s been revealed that he put a value on himself — £10 million.

The master baker’s business, HJP Media, which handles some of the money from his TV shows and numerous books, says he’s worth £9.95 million to the firm.

Newly filed accounts list the figure under the company’s intangible assets in a section called ‘goodwill’.

Separately, documents also show Hollywood, 55, was due to pay more than £200,000 in corporation tax over the past two years. 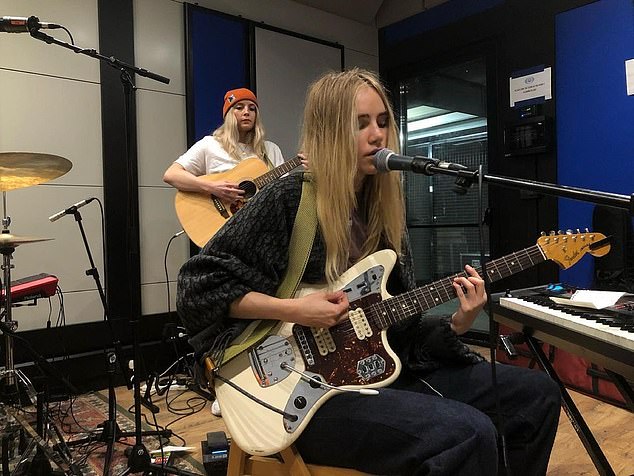 Suki Waterhouse’s efforts to become a pop star have not been an unqualified success — her single, Brutally, failed to make the top 200 in the UK’s download charts — but the model and actress is undeterred

Suki Waterhouse’s efforts to become a pop star have not been an unqualified success — her single, Brutally, failed to make the top 200 in the UK’s download charts — but the model and actress is undeterred.

Of her music, she has said: ‘I like lo-fi dream pop, but also simple folk.’

Pop stars controlled the skies as well as the airwaves in the 1980s, according to Spandau Ballet songwriter Gary Kemp. Recalling a jaunt to Ibiza, he says: ‘We went to [film director] Roman Polanski’s house for a party he was throwing.

One of the servants came up to our manager and said: “There’s a phone call for you.” It was Ibiza Air Traffic Control. ‘They’d had a message from a pilot in a private plane above Spain somewhere carrying Duran Duran. And the message was: “Duran Duran want to know if you’re going out?” ‘The power we had in those days!’ 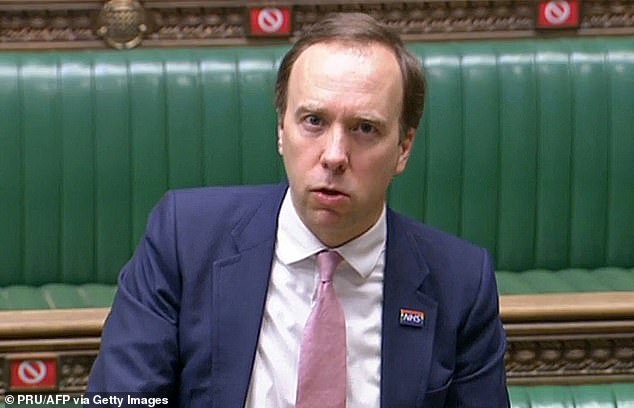 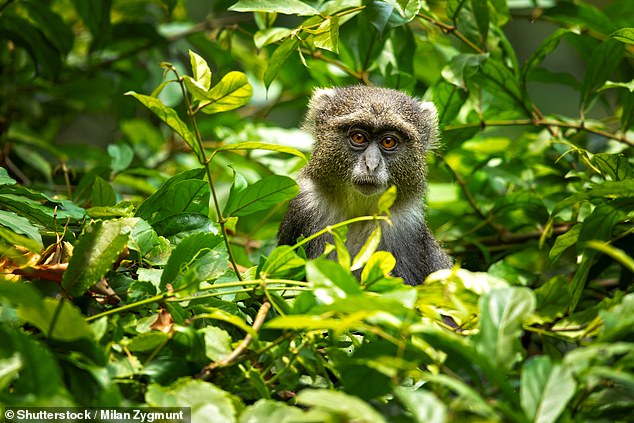 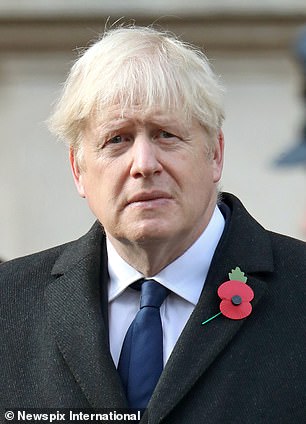 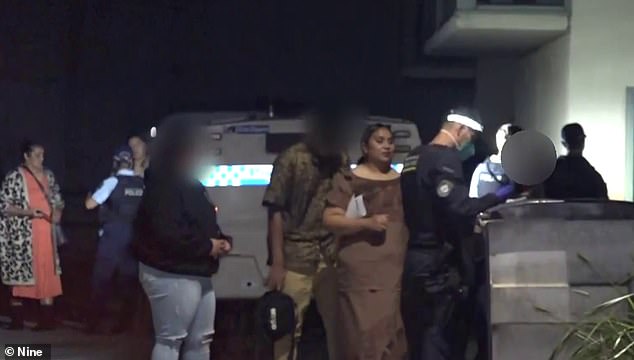 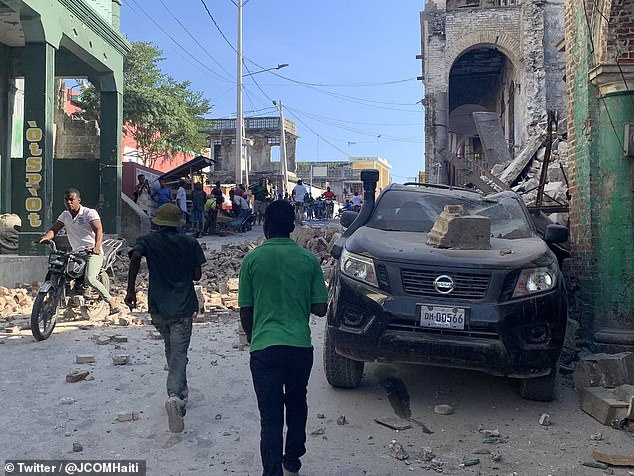 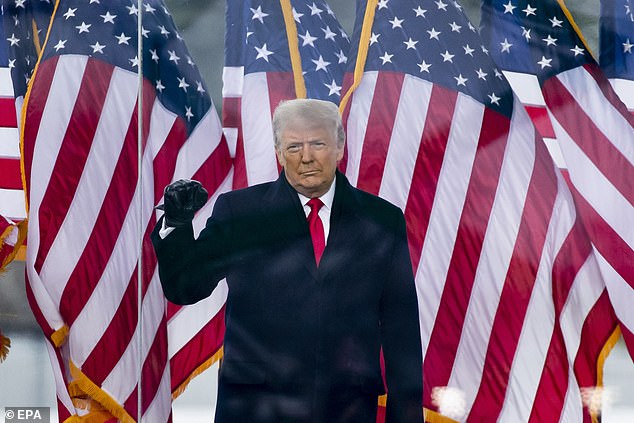 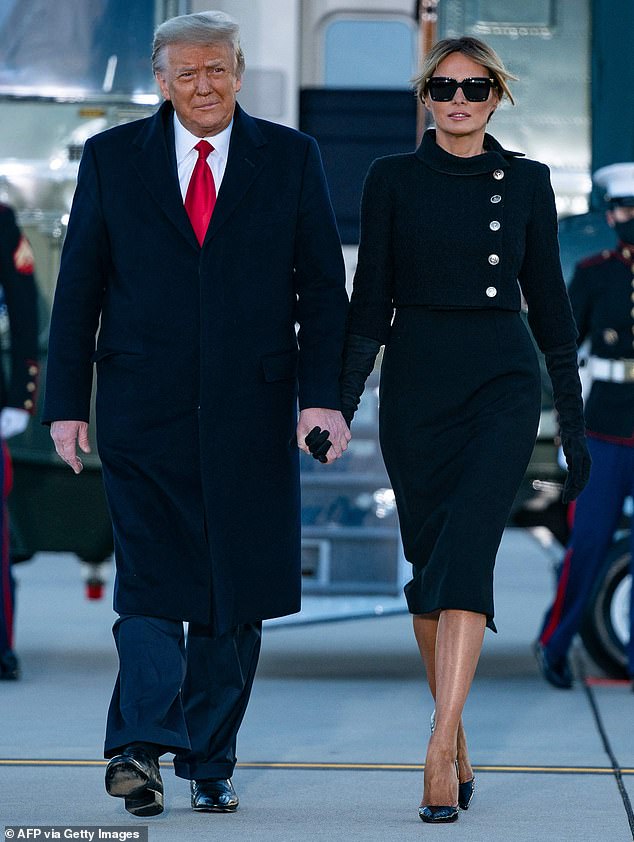 Why has Melania Trump shied away from the spotlight at Mar-a-Lago? 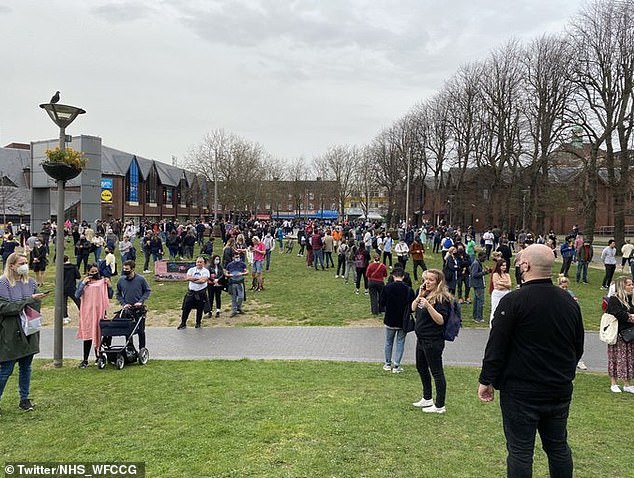