Shocking video shows the moments a 12-year-old boy feared he was going to die after he was chased by a grown man following a playground brawl.

The footage shows Charlie Back being slammed against a parked car, ‘dragged’ by his hair and thrown to the ground.

His family said it followed an incident where he hit a boy in self-defence, leaving him with a black eye, in a park in Brighton last week. 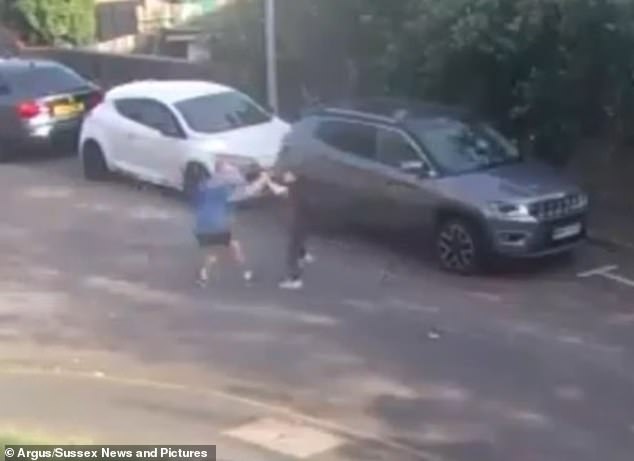 This is the shocking moment 12-year-old Charlie Back, right, is attacked by a grown man in Brighton last week 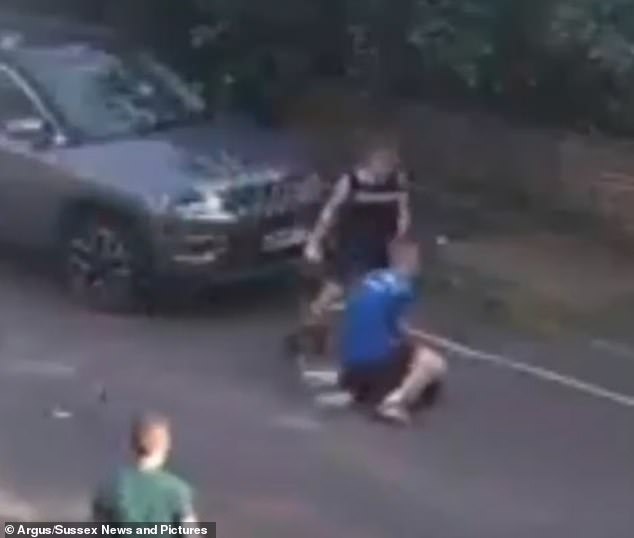 The youngster was pinned to the ground by the man. Sussex police confirmed they are investigating the incident

To his parent’s horror, the furious father hunted down the schoolboy and pinned him down, leaving Charlie shaken and scared to leave his home.

CCTV footage shows the man, wearing a blue top, cornering Charlie after chasing him for 15 minutes, before throwing him against a car and then to the ground.

Charlie’s father Daniel said: ‘It was quite hard watching at first.

‘We watched the first few minutes then that was it, I was like “I can’t watch that”.

‘Obviously your temper riles up.

‘Charlie fears for his own safety. On going out at the minute, he is a bit on edge in case he was to bump into him.

‘He did say at the time “when he had me on the floor, I thought I was going to die”.’

In the footage, Charlie can be seen screaming in fear and curling up on the floor before a passerby, believed to be one of Charlie’s old teachers, rushes to his defence.

Seconds later, Charlie returns to his feet and runs to his home, where his parents were waiting for him.

The man confronted Mr Back and demanded his son return outside to face him.

Mr Back added: ‘He went “get him out here now.”

Charlie’s parents realised the incident had been caught on camera.

His horrified mother Cherrie shared the video on Facebook and said she wanted to warn other parents.

She wrote: ‘What he did is beyond disgusting.’

While running away from the group, Charlie called 999 in fear of what would happen to him.

A spokesman from Sussex Police said: ‘Police are investigating a report of an altercation involving a group of youths and a man at [Brighton](/sport/albion/) Racecourse at 6.35pm on Monday, June 14.

‘Enquiries into the incident are ongoing.’ 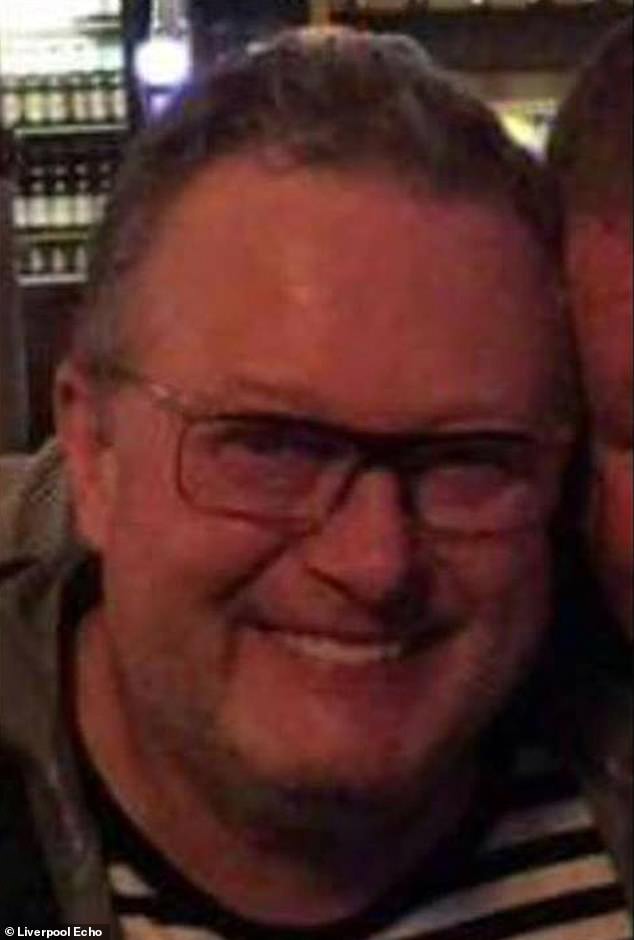 Cannabis dealer denies being gang boss who directed torture and murder of father-of-one, 54 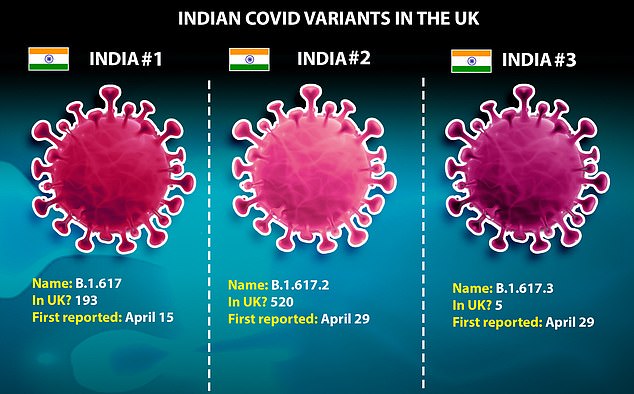 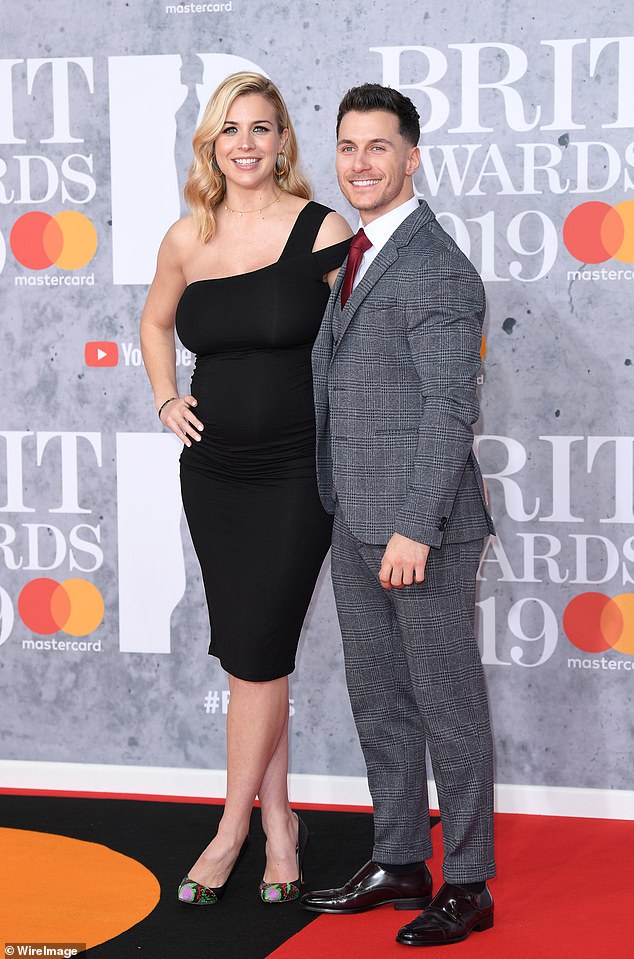 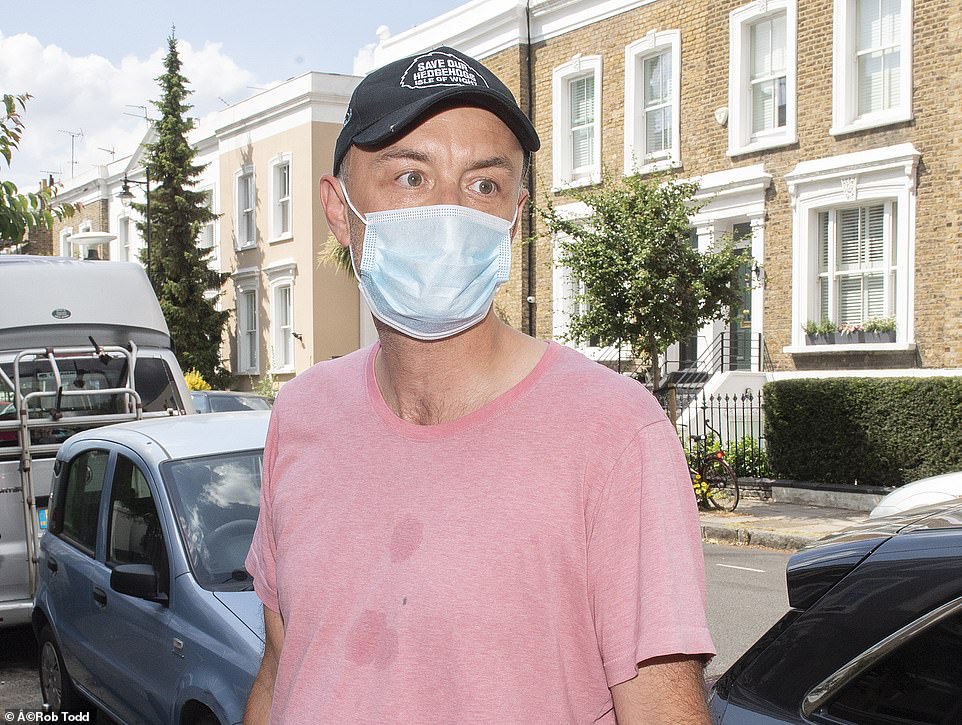 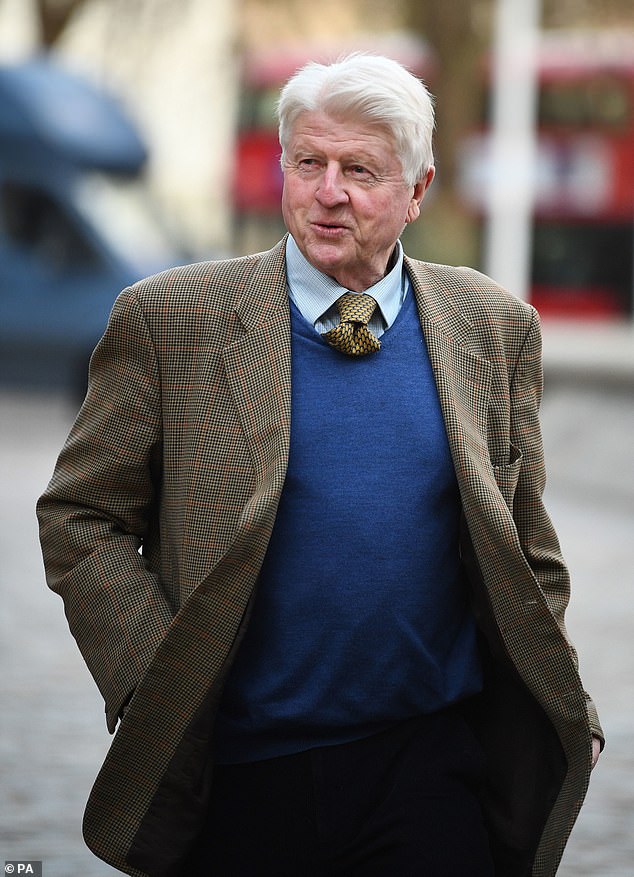 EDEN CONFIDENTIAL: Why Boris Johnson’s gift to his father Stanley was dead on arrival 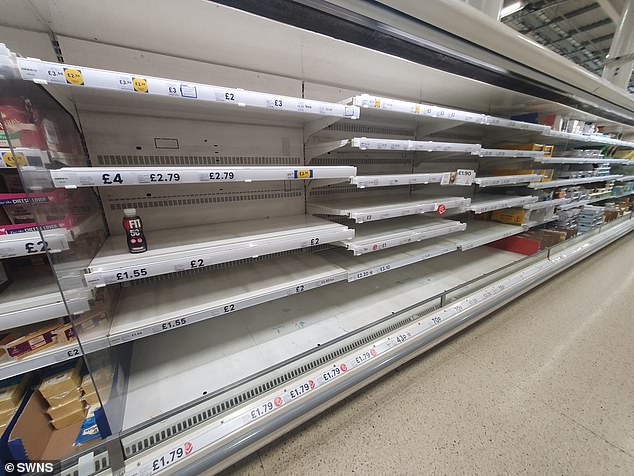 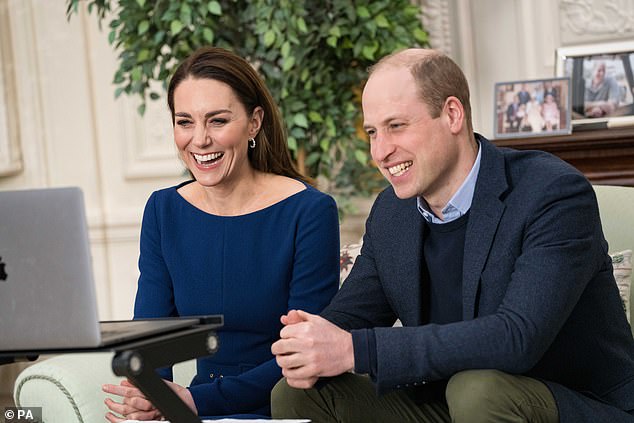 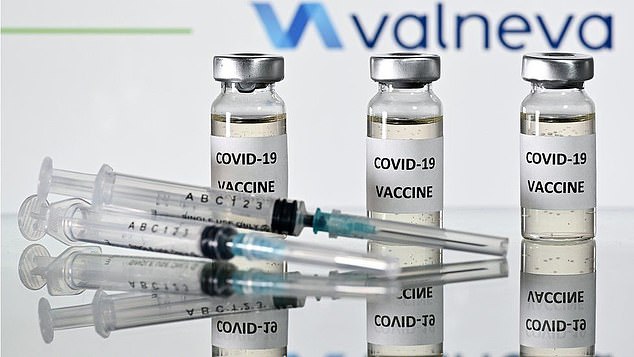