In The Heights (PG)

Verdict: Long, but worth it

There was an implicit joke in the title of The Hitman’s Bodyguard four years ago, since we all know hitmen don’t need bodyguards.

Calling the sequel The Hitman’s Wife’s Bodyguard means that the joke expires, but at least it has company.

The premise is lifeless, too. And the plot is beyond resuscitation, even at the hands of Ryan Reynolds, Samuel L. Jackson and Salma Hayek, all of whom can claim a title role, and all reprising their parts in the original. So does Gary Oldman, and Morgan Freeman pops up this time, too. Maybe the payday was too good to refuse. 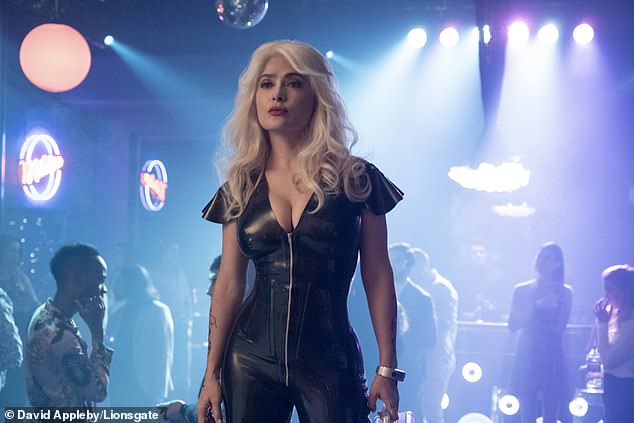 I gave a one-star rating to the 2017 film, not because it was irredeemably dreadful but because the level of graphic violence seemed wildly, worryingly inappropriate in a comedy. I recall a grisly torture scene played for laughs, and a chucklesome chase through a restaurant kitchen, during which a baddie had his face griddled next to the burgers. Chuck Berry’s Little Queenie and other jaunty tracks accompanied the carnage. Now Britney Spears gets in on the act.

At least the first film told a vaguely appealing story, in which a highly competent but disgraced ‘executive protection agent’ called Michael Bryce (Reynolds) had to ensure the safety of the world’s greatest assassin, Darius Kincaid (Jackson), as he was transported from prison in England to give evidence at the trial in The Hague of a fearsome war criminal. 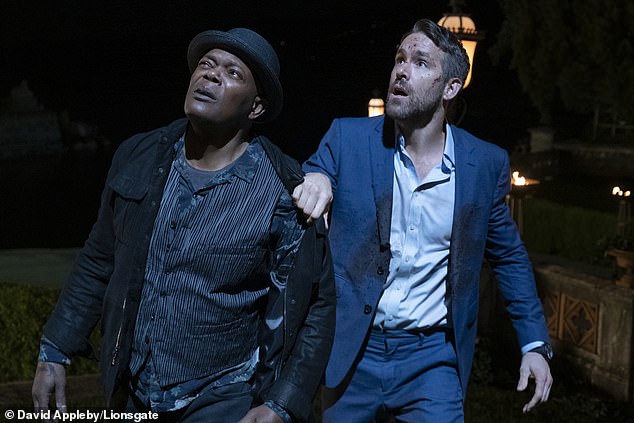 That was worthy of Tolstoy compared with the plot in the sequel, which might have been cobbled together on the back of an envelope, using a broad-nibbed marker pen.

A Greek super-villain called Aristotle (Antonio Banderas, spitting those Hellenic vowel sounds only found in southern Andalusia) is holding Europe to ransom, threatening to hack into the EU’s top-secret cyber-system and bring chaos to financial markets. Our trio, armed with nothing except limitless high-velocity weaponry, must stop him.

At first, you might be duped into thinking all this could be fun. Rebecca Front, always a hoot, delivers a nice cameo performance as a therapist, advising the tormented Bryce — aghast at being stripped of his bodyguard licence — to give up violence.

Director Patrick Hughes and his screenwriters get as much mileage as they reasonably can, and then a fair bit more, out of Bryce’s new pacifist mindset.

But when they need to, there are other running jokes to flog, principally that Sonia Kincaid (Hayek) is menopausal, desperate for a baby and more profane than a particularly sweary stevedore. ‘Your mouth needs an exorcism,’ says a shocked Bryce. 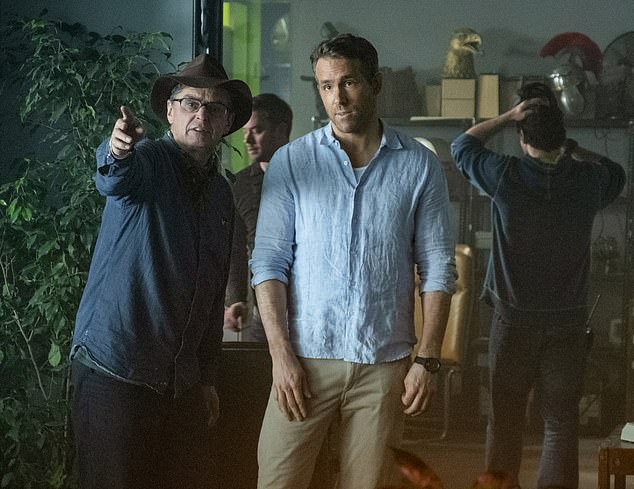 At first, you might be duped into thinking all this could be fun. Rebecca Front, always a hoot, delivers a nice cameo performance as a therapist, advising the tormented Bryce — aghast at being stripped of his bodyguard licence — to give up violence

Also, American Interpol agent Bobby O’Neill (Frank Grillo), when he’s not repeatedly ordering people to ‘get the chopper’, just wants to get home to Boston. He’s fed up with working in Europe, where ‘the only thing you people do is watch soccer’. It isn’t much of a gag but if nothing else it’s topical.

The shame of all this is not so much that a top-notch cast deserves better, but that we do, after so long being locked out of cinemas.

The cast are as culpable as anyone else. It’s not as if Reynolds, such a fine comic actor, doesn’t get the occasional funny line to burnish with his trademark glib self-deprecation — I even laughed aloud once or twice. But that so much expertise should again be expended on a film that uses extreme violence (not as unpleasant as first time round, but still downright incontinent) as a vehicle for laughs is profoundly dispiriting.

There’s nothing dispiriting about In The Heights, Lin-Manuel Miranda’s hit Broadway musical, smartly repackaged for the screen. In fact, if it doesn’t make you want to dance and sing at least part of the way home then you should probably ask for your money back.

In truth, it goes on a bit, as these things generally do. But it is so gloriously, joyously, exuberantly done, that an investment of almost two and a half hours seems profitably spent.

There was more hype surrounding the last film version of a Miranda creation, the record-breaking Hamilton. But that just pointed cameras at the Broadway stage. This, skilfully directed by Jon M. Chu and adapted by Quiara Alegria Hudes, is a proper movie, brilliantly blending hip-hop, rap and salsa with older musical theatre traditions.

In truth, it goes on a bit, as these things generally do. But it is so gloriously, joyously, exuberantly done, that an investment of almost two and a half hours seems profitably spent

The story, romanticising the mean streets of New York as beguilingly as West Side Story, celebrates the power of community — as well as a yearning for the beaches of the Dominican Republic — in the Latino neighbourhood of Washington Heights over three days of a blazing Manhattan summer.

It is thrillingly performed by many of the original stage cast (with Anthony Ramos outstanding in the lead role once occupied by Miranda himself), and it’s a particular pleasure to see Jimmy Smits as a proud, anxious middle-aged father; no longer as killer-cheekboned sleek as he was in NYPD Blue of blessed TV memory, but still with charisma to burn.

In The Heights is in cinemas from today, The Hitman’s Wife’s Bodyguard from Monday.

Luca, the latest Pixar film newly available on Disney + and reviewed in more detail in yesterday’s paper, is a mild disappointment.

I yield to no one in my admiration for Pixar’s output since the studio’s debut, Toy Story, in 1995. But of the 23 films they have now released, Luca might be the least captivating.

Luca (voiced by Jacob Tremblay) is an adolescent sea monster whose parents refuse to allow him anywhere near the surface. But his curiosity gets the better of him, only for him to find that when he emerges from the water onto land, he turns into a boy. 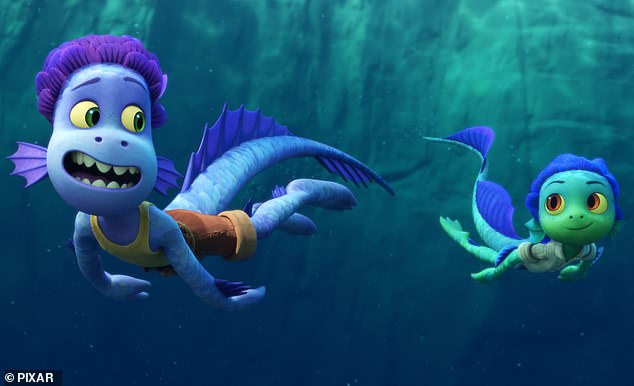 I yield to no one in my admiration for Pixar’s output since the studio’s debut, Toy Story, in 1995. But of the 23 films they have now released, Luca might be the least captivating

In the seaside town of Portorosso, with his best friend, another reckless teenage sea monster called Alberto (Jack Dylan Grazer), Luca becomes acquainted with strange human ways. He learns that they are as scared of sea monsters as sea monsters are of them. And he becomes infatuated with a picture of a Vespa, realising that his best chance of acquiring one is to beat the local bully and win the Portorosso Cup, a uniquely Italian triathlon (involving a bike race, a swimming race and a pasta-eating competition). 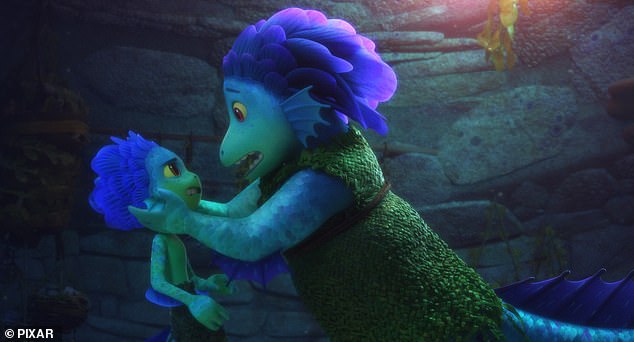 There is some whimsical charm in all this but the whimsy too often feels forced, the characters don’t engage enough and the animation rarely reaches Pixar’s usual stratospheric heights or, indeed, underwater depths — the marvellous Finding Nemo (2003) created a much more seductive subaqueous world.

In the Earth is a firmly land-based film, a blend of British folk-horror and survivalist thriller, made during lockdown last year and, in fact, set during a pandemic. The writer-director is Ben Wheatley, a quirky operator at the best of times, who here makes up for a conspicuous lack of budget with some tricksy editing and camerawork. But it’s smartly done and genuinely creepy.

Luca is on Disney +. In The Earth is in cinemas. 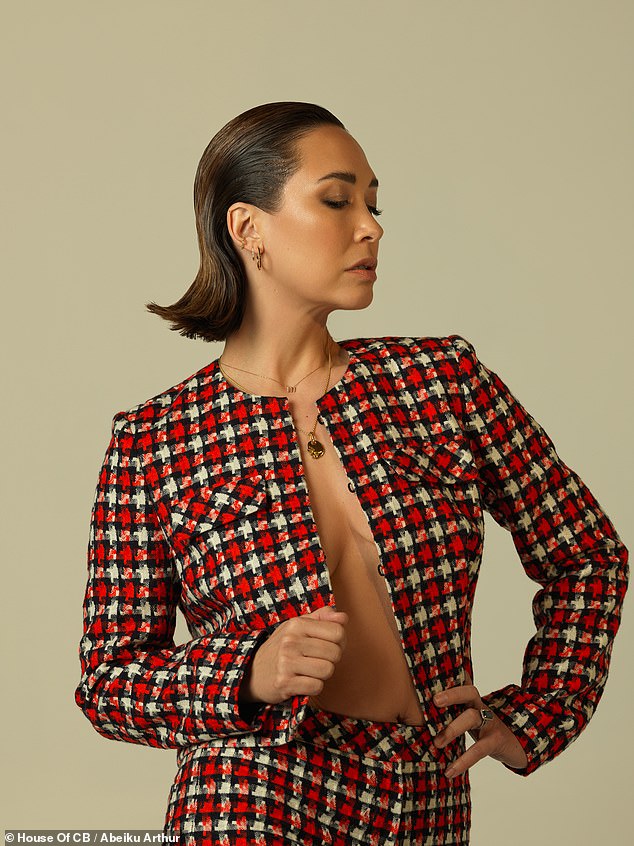 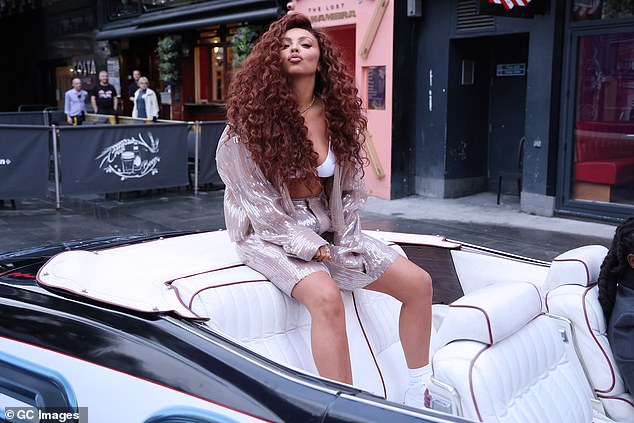 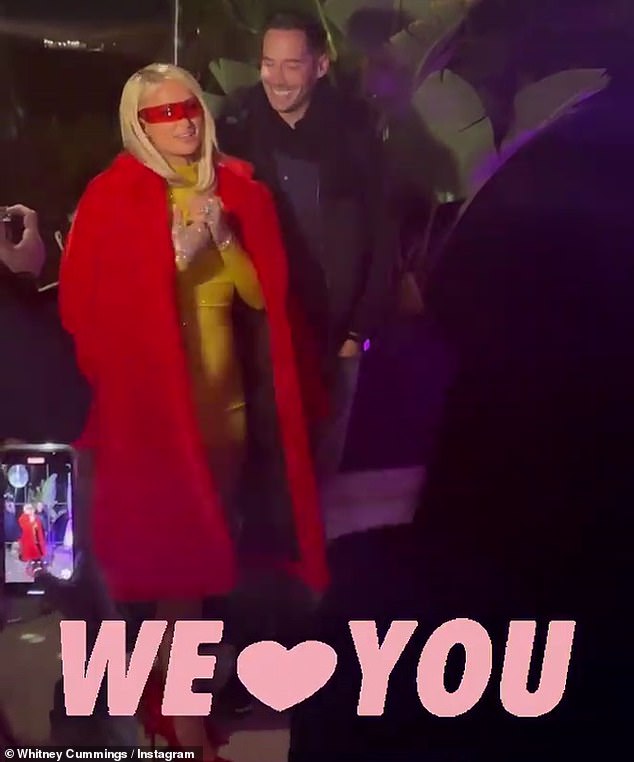 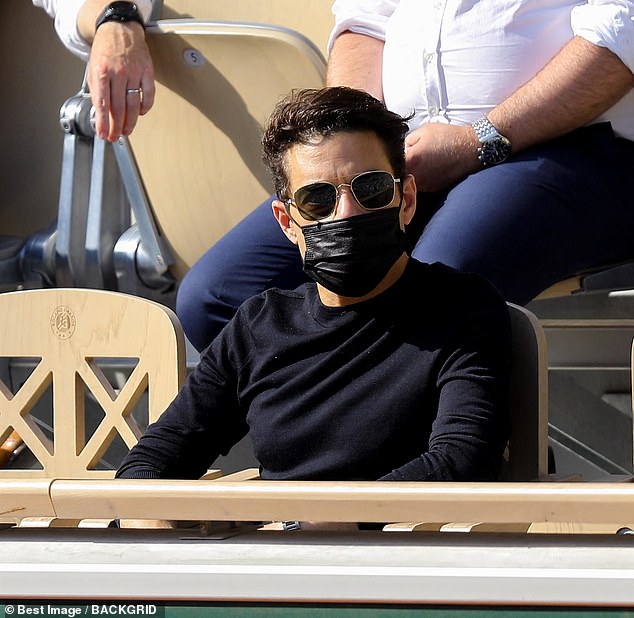 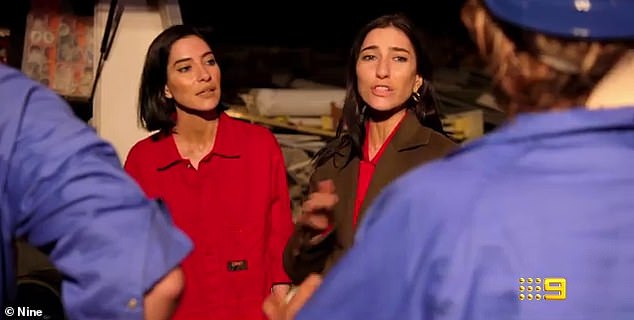 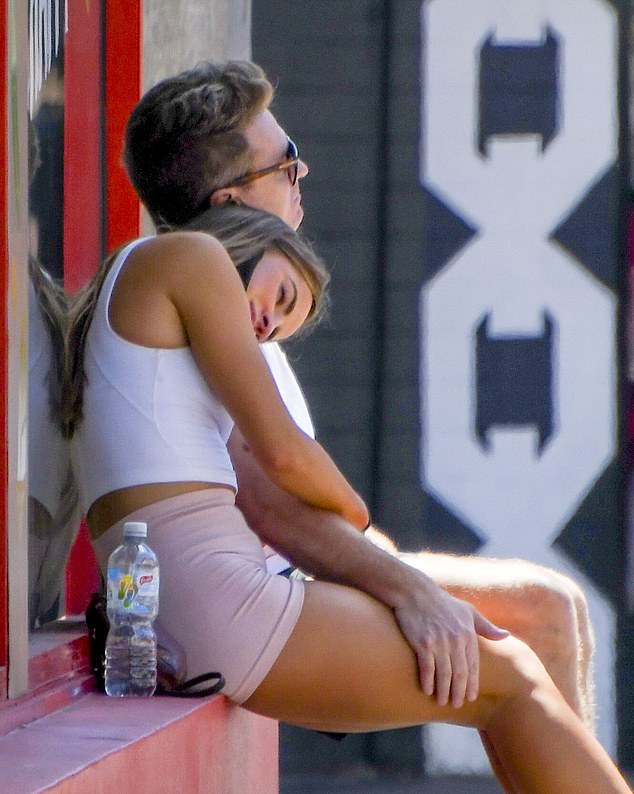 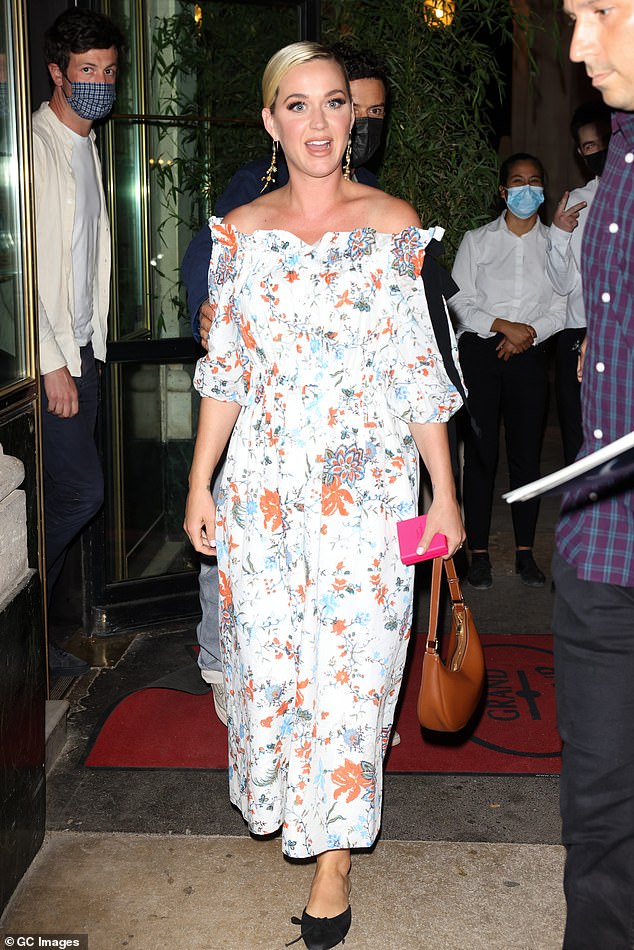 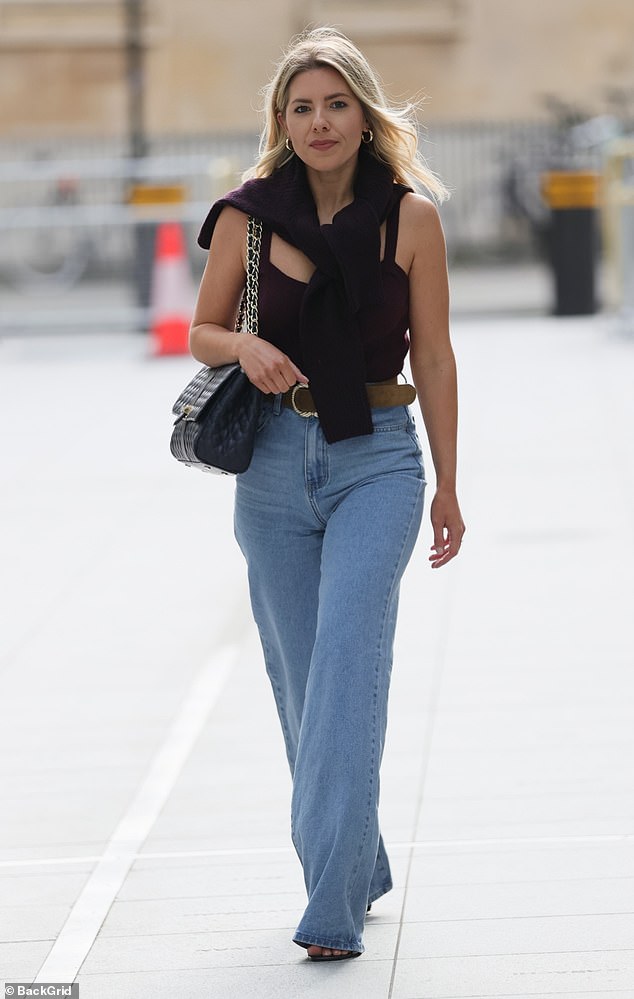