The mother of a five-year-old boy who was found dead with blunt head trauma in a motel on June 1 has said she believes the child’s father was involved.

Sarah Olson on Tuesday spoke for the first time about the death of her son, Samuel.

She believed that Samuel was being cared for by his father, Dalton, in Houston.

Samuel’s body was found in a motel 100 miles from Houston, with Dalton’s girlfriend Theresa Balboa, 29.

On Tuesday Sarah said that she was convinced Dalton was involved with their son’s death – despite Balboa being the only one charged so far.

Asked if she thought Dalton participated, Sarah replied: ‘I do. I don’t see how he couldn’t.

‘With all the evidence now brought to light – how were you not involved.’

She added, of Balboa: ‘I know she lied.’ 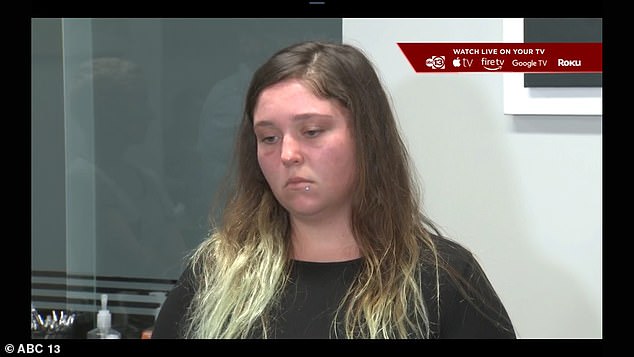 Sarah Olson, the mother of Samuel Olson, spoke for the first time on Tuesday since her son’s body was found on June 1. Police now believe that he died around May 12, and his body was hidden by Theresa Balboa, his father’s girlfriend. She has been charged with tampering with evidence, specifically a corpse. She remains in custody 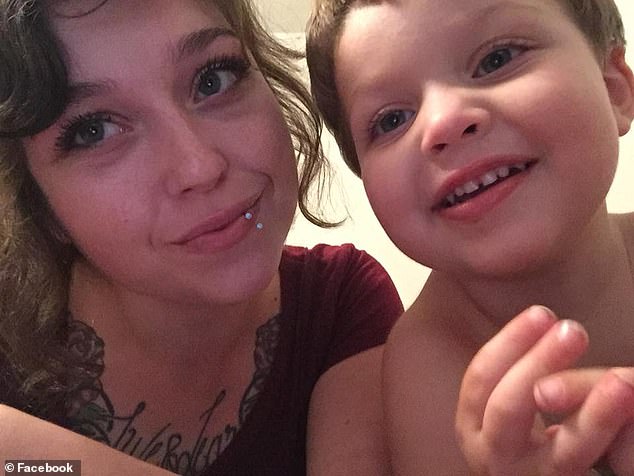 Sarah Olson last saw her son Samuel on his fifth birthday, on May 31, 2020. His father, Dalton, had taken him in January 2020 and was refusing to give him back – despite Sarah having custody. Sarah went to the police repeatedly to try and secure the little boy’s return, but was told it was a matter for the courts 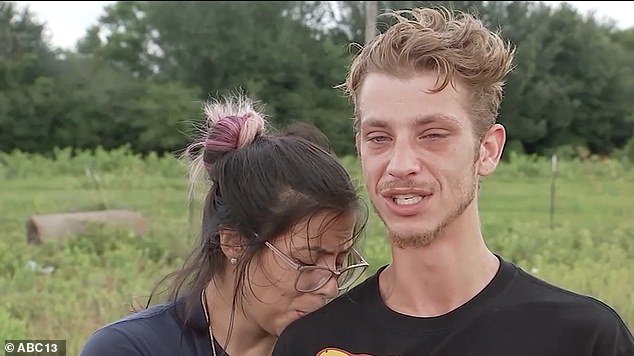 Theresa Balboa and Dalton Olson are pictured during a search for Samuel. Dalton is currently cooperating with police

Sarah had custody of the little boy, but Dalton took him from her in January 2020.

She said he ‘never returned him.’ 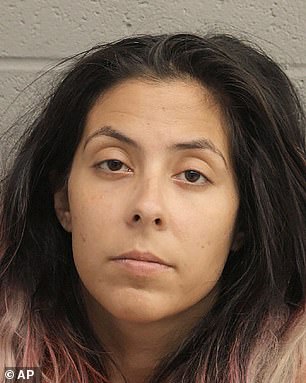 Theresa Balboa is seen following her arrest on June 1 in Jasper, Texas. She was detained at a motel where Samuel’s body was found in a trash can. Police believe she was on her way to Louisiana

Sarah told the press conference: ‘Actually told me I would never speak to him again.

‘I called police after police, trying to figure out what to do. But it was a civil matter – I had to take him to court. Things can be slow.’

‘When I got there he told me I knew you would come for me,’ Sarah said.

‘He physically stood with me the whole time.

‘I was planning on taking him home that day, but I was stopped.

‘I was not allowed.’

Sarah met her ex’s girlfriend, Balboa, at the party and the pair exchanged brief greetings.

Over the course of the next year, Sarah fought to get her son back. But she was repeatedly frustrated. 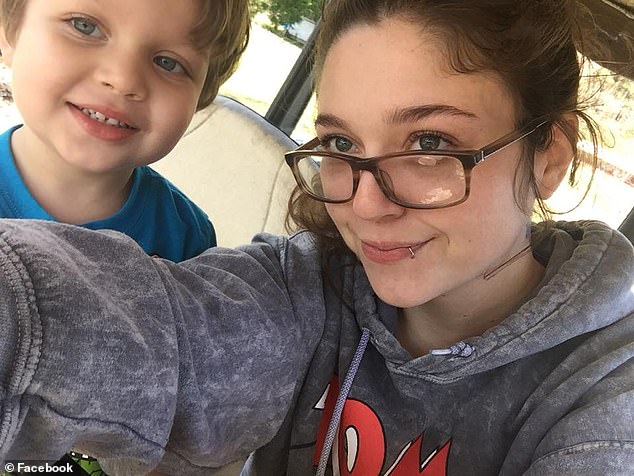 Sarah Olson is pictured with Samuel, who would have turned six on May 31. His body was found at Theresa Balboa’s Houston apartment, according to her roommate Benjamin Rivera, on May 10. It is unclear why Samuel was staying with Theresa rather than his father, as Sarah thought 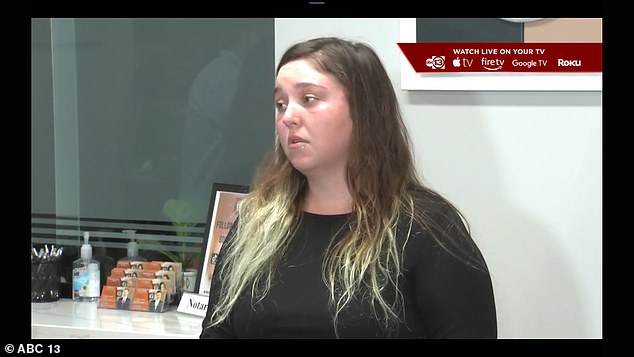 Sarah Olson is seen on Tuesday addressing a press conference in Houston, at her lawyer’s office

She was unaware that Dalton was having problems with Balboa, who assaulted him in November 2020, choking him. 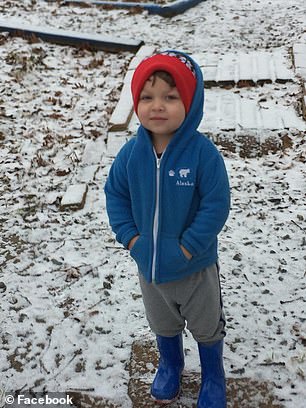 Dalton took out a restraining order against her as a result of the attack, according to .

Balboa had also lost custody of her own two children, in 2019.

It was unclear why Samuel was being looked after by Balboa.

‘I thought Dalton had him,’ said Sarah.

‘I thought he was good with his dad.’

She described her son as ‘very sweet, very open, definitely a momma’s boy.’

She said he loved Toy Story. He was found wearing Buzz Lightyear shoes.

Asked if she had spoken to Dalton, one of Sarah’s lawyers replied: ‘She has nothing to say to Dalton, and does not want to speak to him.

‘It could not have been the work of one person alone,’ she added.

Dalton has been speaking to investigators, along with two men who reportedly aided with moving Samuel’s body. 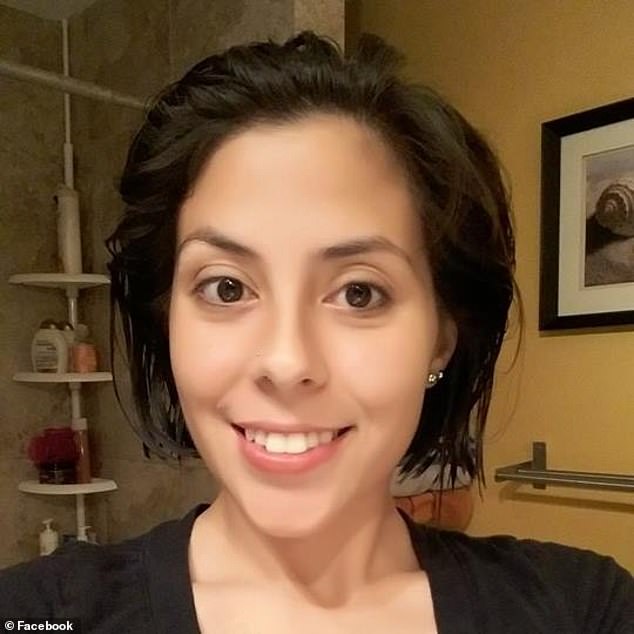 Balboa, 29, lost custody of her two children in 2019 and assaulted her boyfriend Dalton Olson in November 2020, leading him to take out a restraining order. It’s unclear why Dalton Olson then left his son Samuel in Balboa’s custody 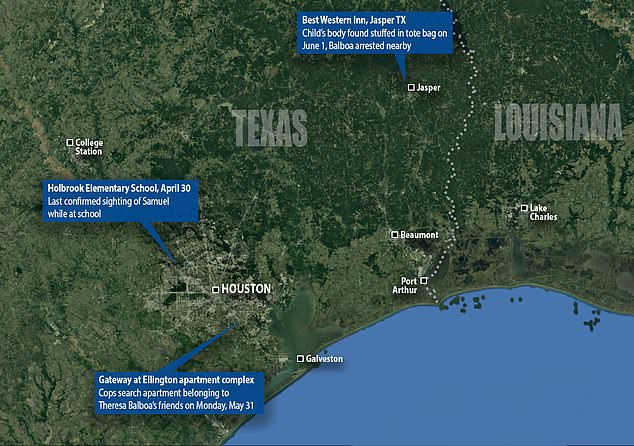 One is Balboa’s roommate, Benjamin Rivera, who said she called him on May 10 to say find Samuel was dead.

He found the boy’s body on a bed, covered in bruises. The pair left Samuel’s body in the bathtub for two days and then moved.

A second man helped Balboa dispose of the body in a garbage can at the motel in Jasper.

Police believe that Balboa was on her way to Louisiana at the time.

She spoke to detectives when they began to investigate Samuel’s disappearance and claimed that she saw Sarah with a police officer.

Balboa claimed Sarah showed up at Dalton’s home that morning and demanded Balboa give Samuel over to her, Houston’s Assistant Police Chief Heather Morris said.

Balboa said she complied, and handed Samuel over to his mother.

Further investigation revealed that Sarah Olson was at her home the entire time, and never left. 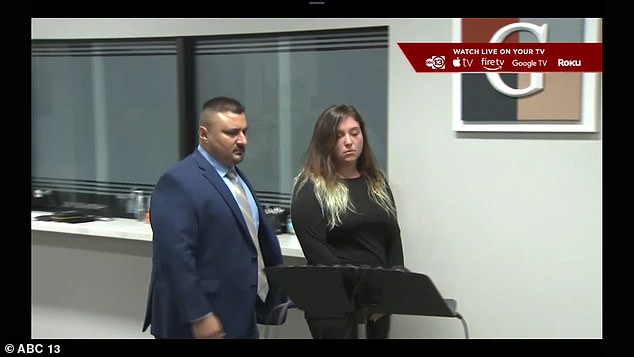 Marco Gonzalez, Sarah Olson’s lawyer, said that there urgently needed to be reform to custody laws. Sarah had custody of Samuel, but Dalton still took him from her in January 2020 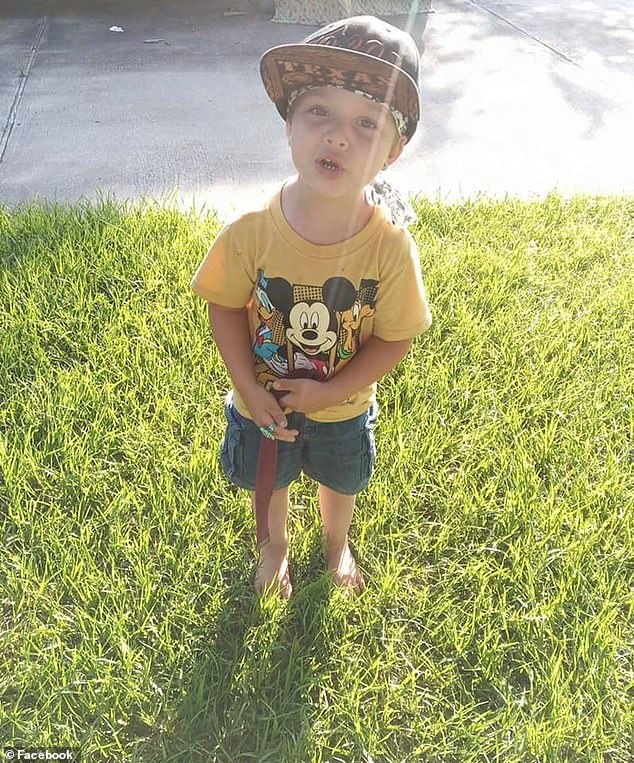 Sarah described Samuel as ‘very sweet’ and ‘a real momma’s boy’. She last saw him in May 2020

Marco Gonzalez, Sarah Olson’s lawyer, said on Tuesday that there needed to be a change in custody law.

‘There’s going to be a lot coming out of my office in terms of family law,’ he said.

And he said it was shocking that Balboa would try and pin the murder on Sarah.

‘There have been a lot of lies from the other side at the start – concoct a story, about someone trying to impersonate a police officer – it’s insane,’ he said.

‘For Balboa to participate with the search, trying to find the body, pass out flyers, and try to pin it on Sarah – it’s tough to understand why people do certain things.

Sarah said she wanted justice for her son, and for no other parent to go through what she was suffering.

Asked what she hoped for, she replied: ‘For the people involved to get, legally, what they deserve.

‘A lot of change needs to happen in the legal system, among parents.

‘It’s a lot of people going through the same thing. And something needs to be done.’ 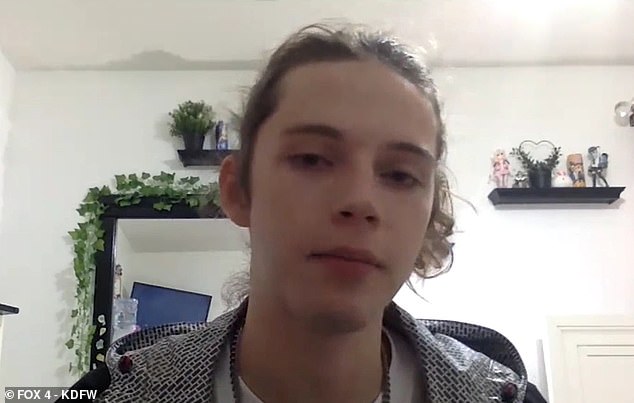 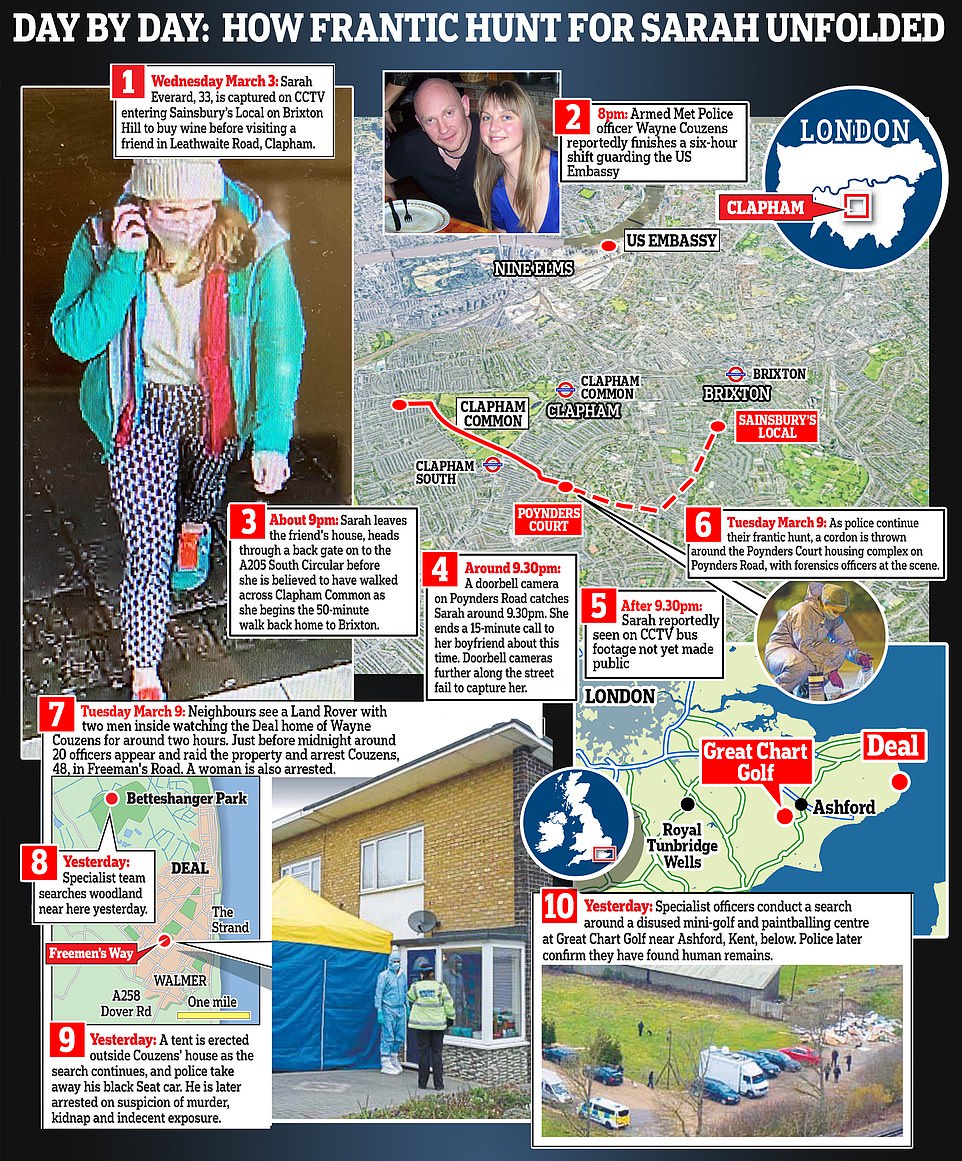 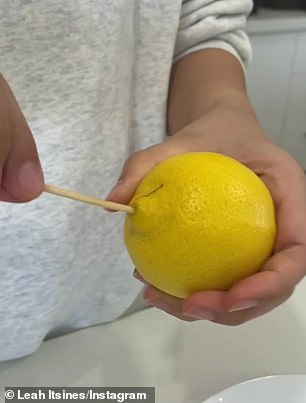 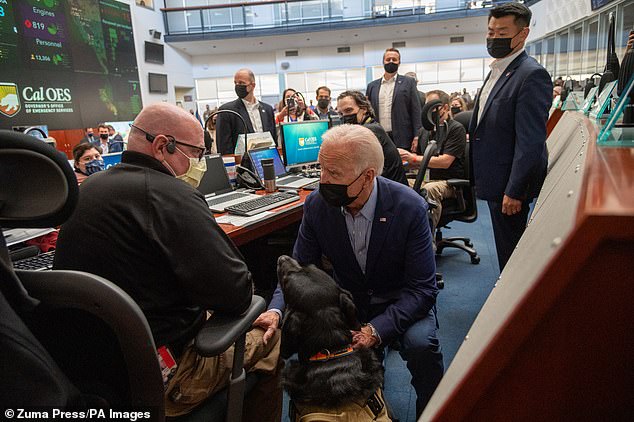 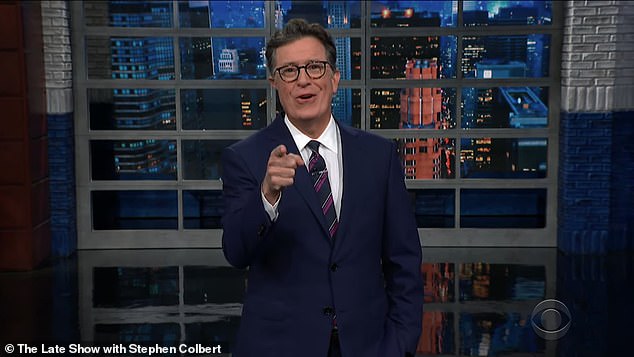 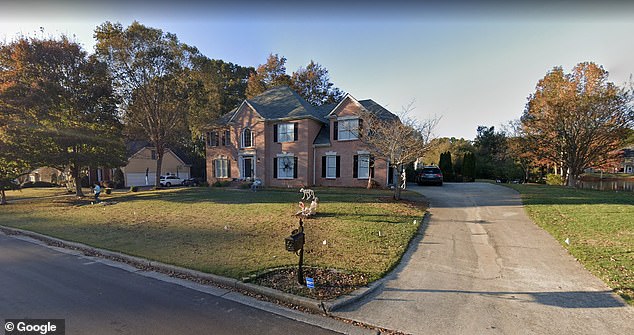 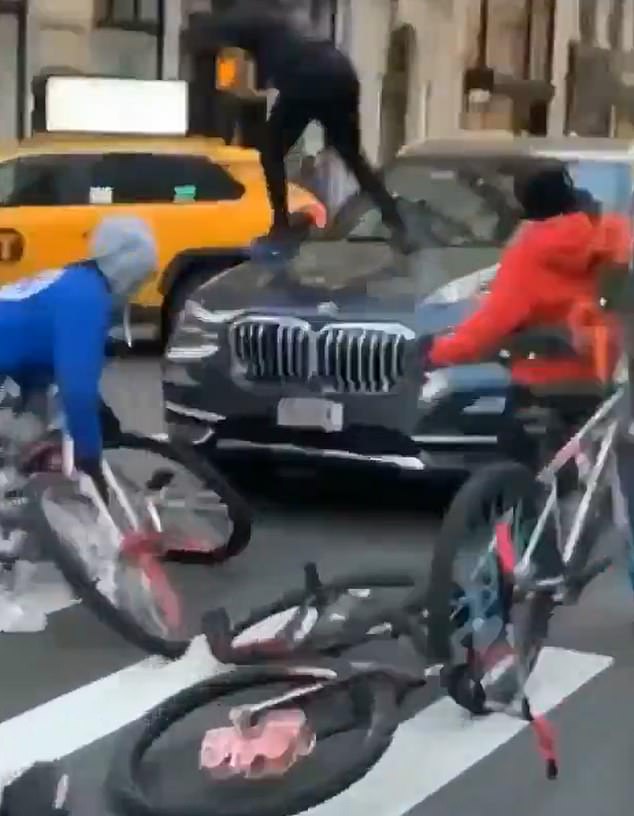 Boy, 15, is arrested for smashing a BMW in New York City 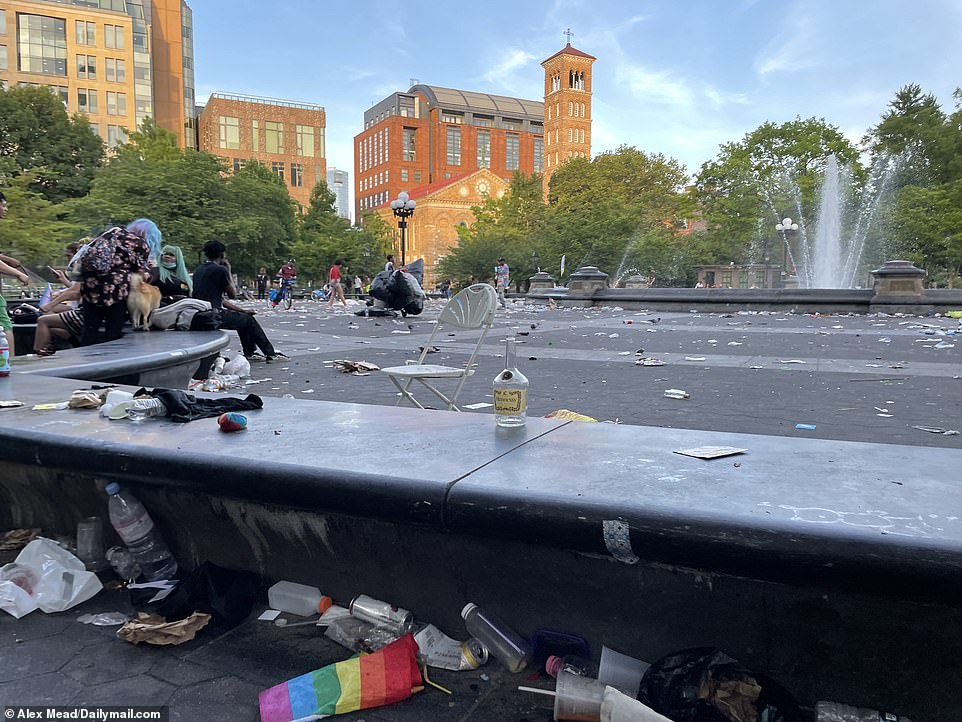