A dad from Yorkshire was left ‘needing therapy’ after forking out a whopping £54 on four portions of fish and chips at a pricey restaurant.

Gareth Jones took to to explain how his dad, Les, 83, who was visiting the capital from Yorkshire, generously offered to treat the family to a meal in Ilford, east London on Saturday night.

However, he was left in shock when the total at the chippy – which he did not name – came to a whopping £54 and his son Gareth, a vicar, decided to share his dad’s experience in a series of amusing tweets.

He penned: ‘Dad wanted to buy fish and chips last night. We let him and he gave me his card to pay for them delivered. 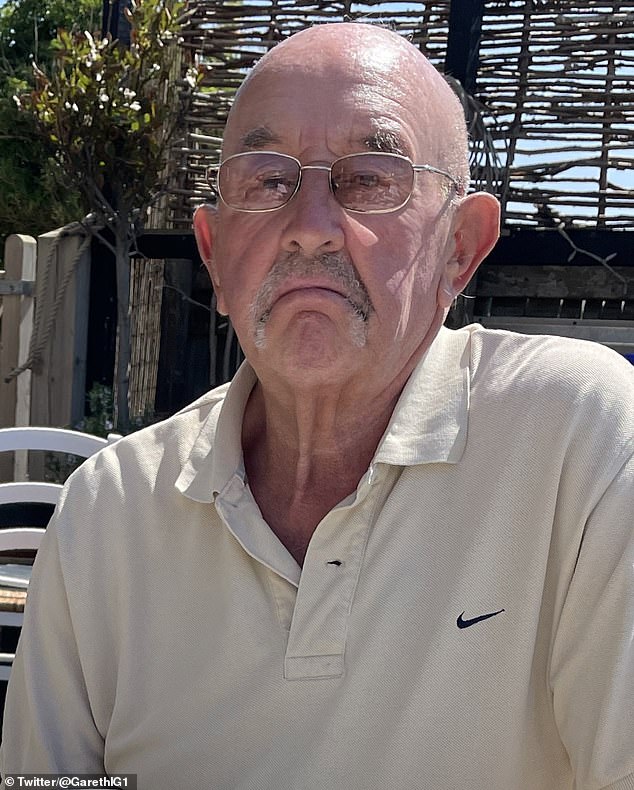 Les, 83, from Yorkshire, was left ‘needing therapy’ after forking out a whopping £54 on four portions of fish and chips at a pricey London restaurant in Ilford, east London on Saturday night 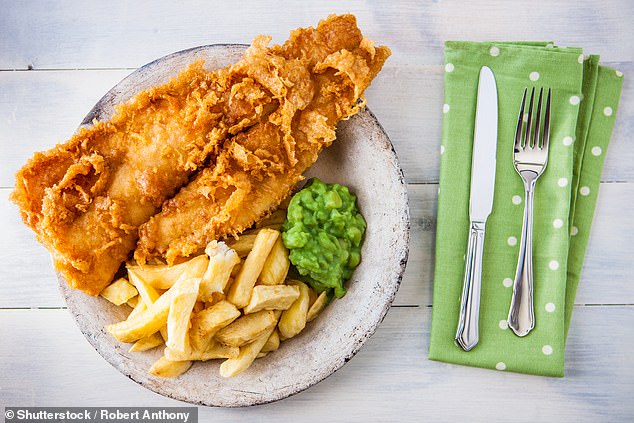 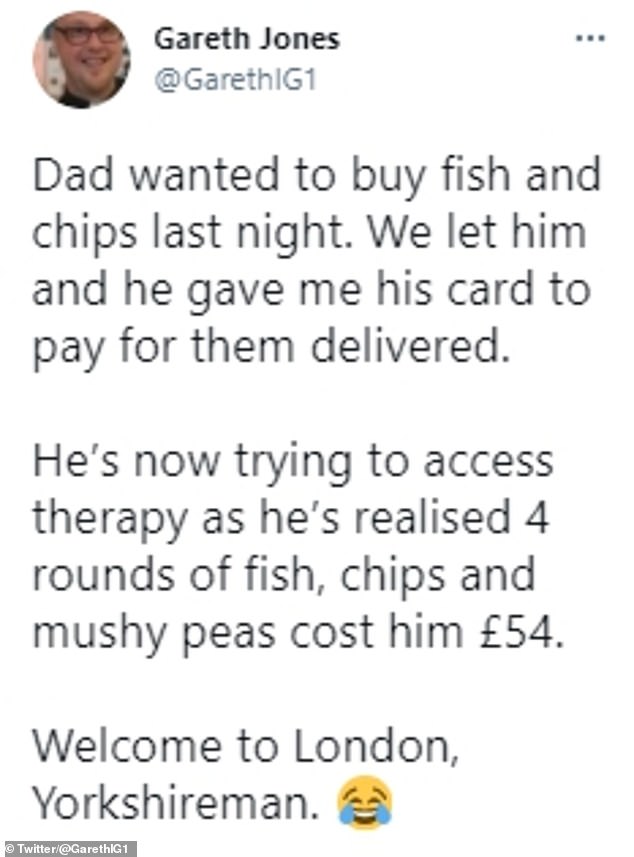 The initial tweet has since garnered over 12,100 likes and has received over 500 comments from amused social media users.

Many were quick to mock the extortionate price by comparing it to the bargain cost of their local chippies.

‘£7 for a large cod and chips in North Shields tonight (I did ask for small). Straight from the fish quay into the fryer. Lovely it was,’ joked one.

A second tried to explain why the cost of Les’ fish and chips was so expensive and wrote: £155 pound for box cod fillet used to be 90 pounds not long ago.

‘Rapeseed oil, litre now 22 pounds up from 18 pounds last year. If you used online delivery they take 35% give restaurant 65%. Out of that restaurant pay vat.’

Others told how Les wasn’t the only one in shock after discovering the high price – with many refusing to return to their local chippies for tea. 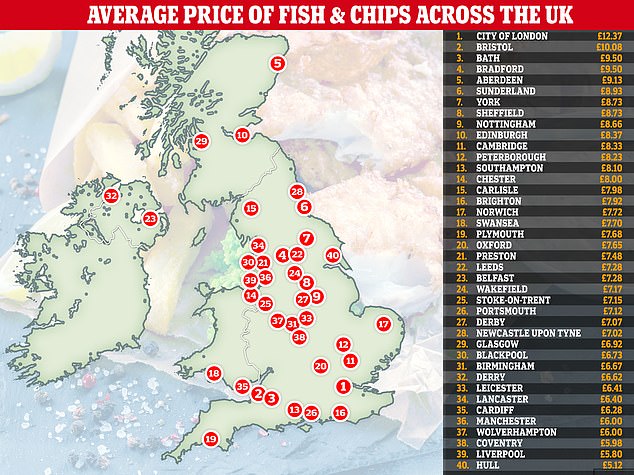 ‘My grandparents local pub has stopped being one of those ‘2 meals for a tenner place’ since reopening. They recently paid £9 each for fish and chips and have concluded they will not be eating there again,’ revealed one.

A second joked: ‘I was once shouted at in a fish and chip shop in Farnham for splitting my fish and chips into two portions so as to reduce cost. Also, my Yorkshire dad would check there was no skin on his fish. Gave many a shop a swerve down south,’ while a third wrote:

‘In reverse, buying a large round in Houghton le Spring, checking with the barmaid that she got the cost right because it was so cheap, she laughed and said, correctly, that I must be from London. Gobsmacking it was.’

Elsewhere, another added: ‘Reminds me of a friend who came from London and thought his pint was cheap. Then he realised he had paid for the round.’

Asked in another post whether it was enjoyable in the end, Gareth replied: ‘It was delicious. Always is from my local. And they pay their staff a London Living Wage, so happy to pay it.’

In a further post, the vicar said his dad was left amused by the social media and wrote: ‘Dad is slowly recovering, helped by some red wine and reassuring words. He’s tickled that this post generated so much fun. Here he is looking much more content and very good for 83!’

A few hours later, he joked: ‘I drove him back to Yorkshire this morning. His blood pressure is decreasing, and after two cups of @YorkshireTea and a long lay down, he’s regaining equilibrium. I’ve generously offered to him buy fish & chips from the village tonight – £4.95.’

Gareth told how the viral thread had boosted his father’s mood after recently losing his wife of 46 years, saying: ‘He doesn’t own a smartphone and can’t use a computer. So Twitter is alien to him – but he’s sat reading all the comments today!’ 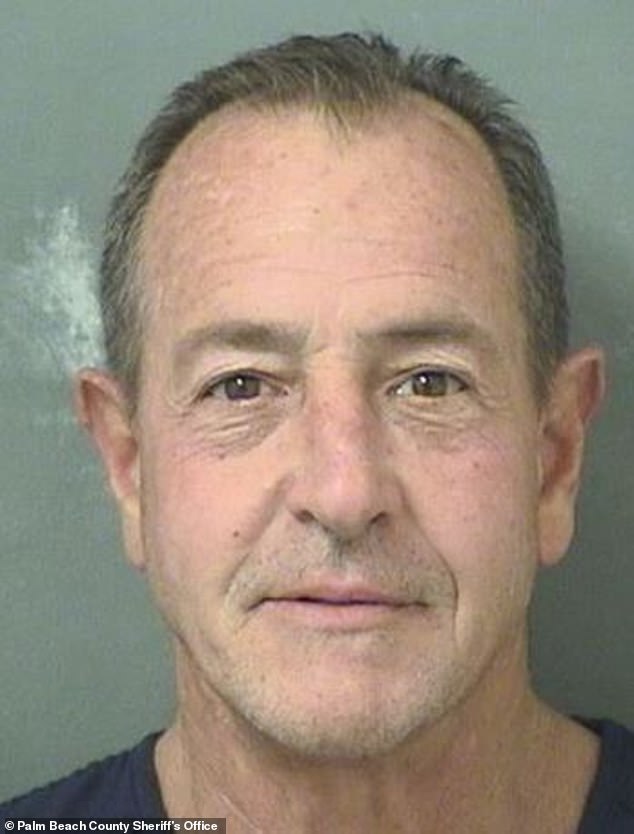 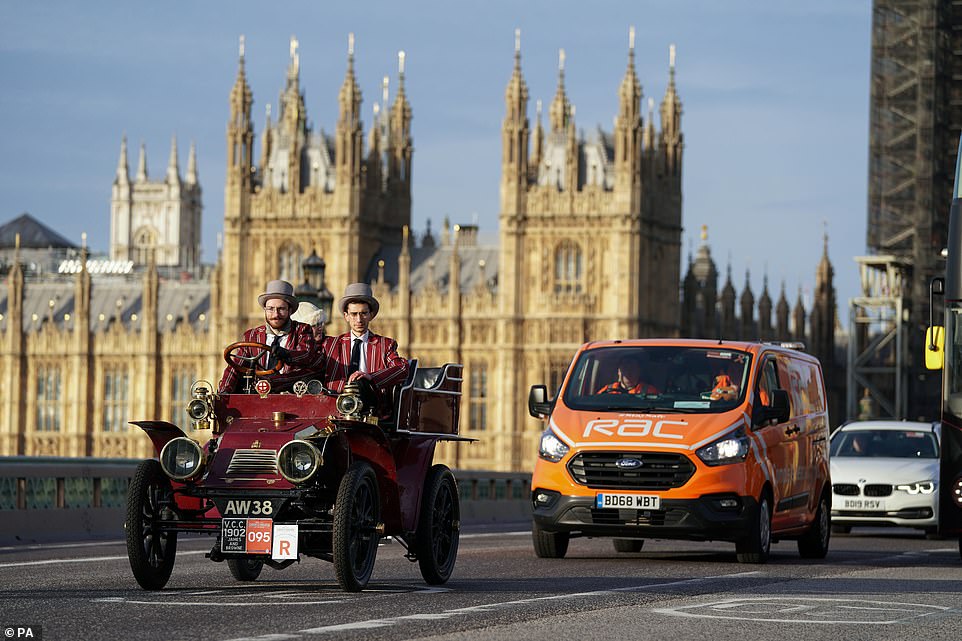 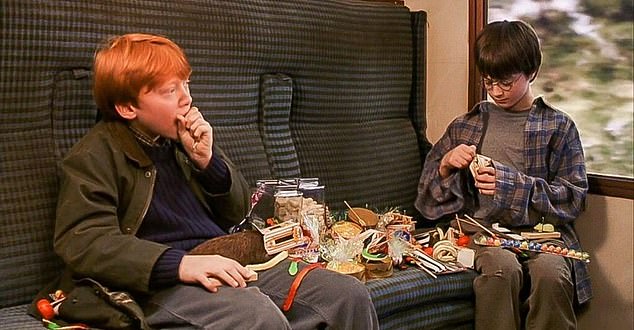 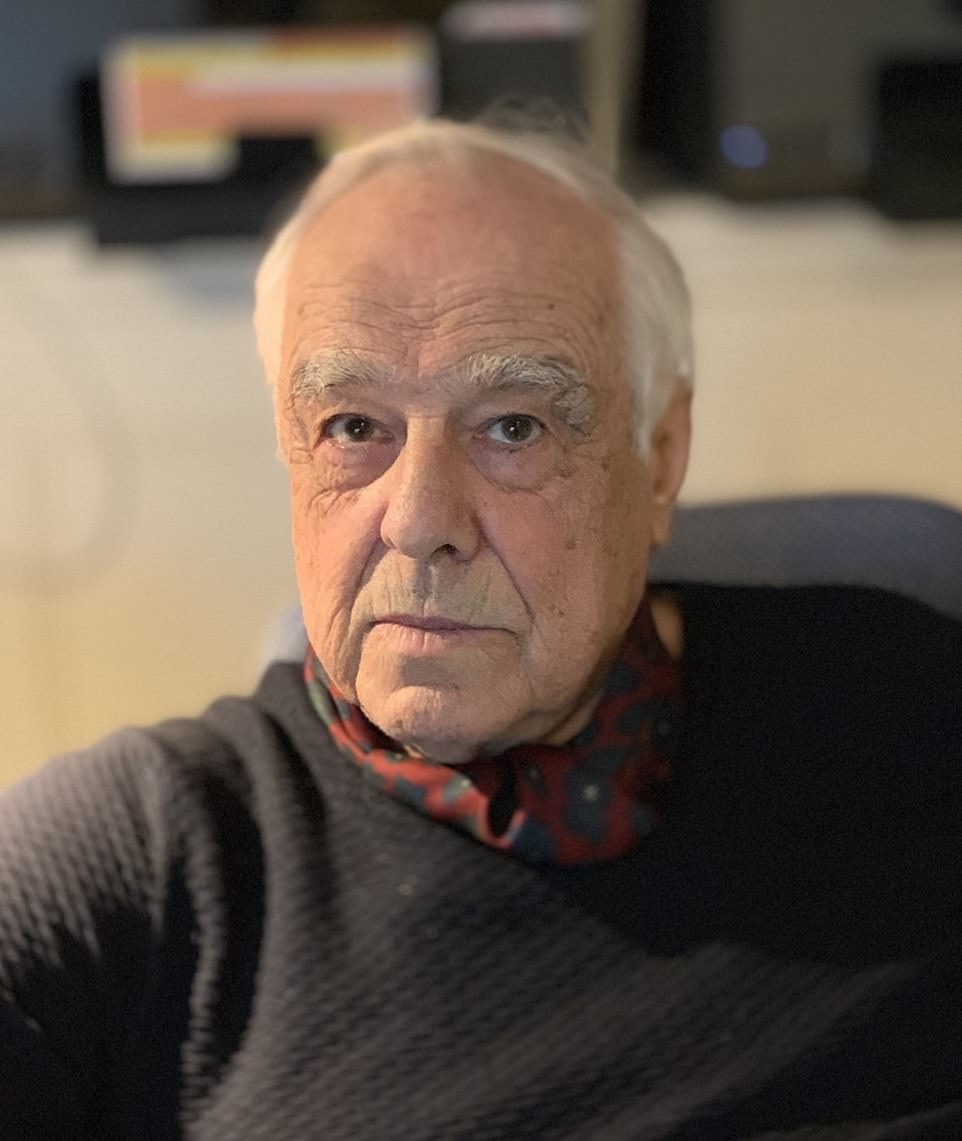 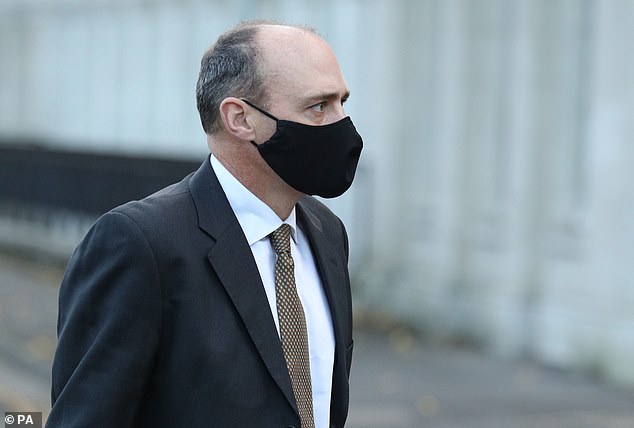 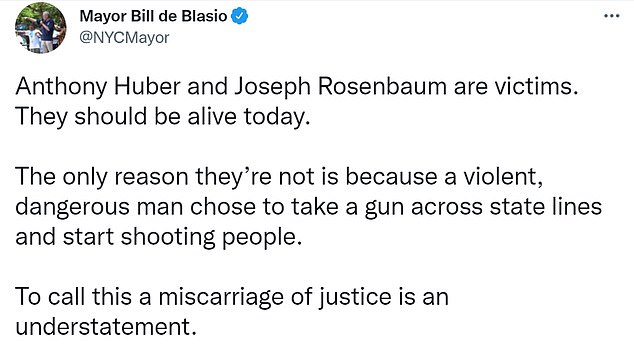 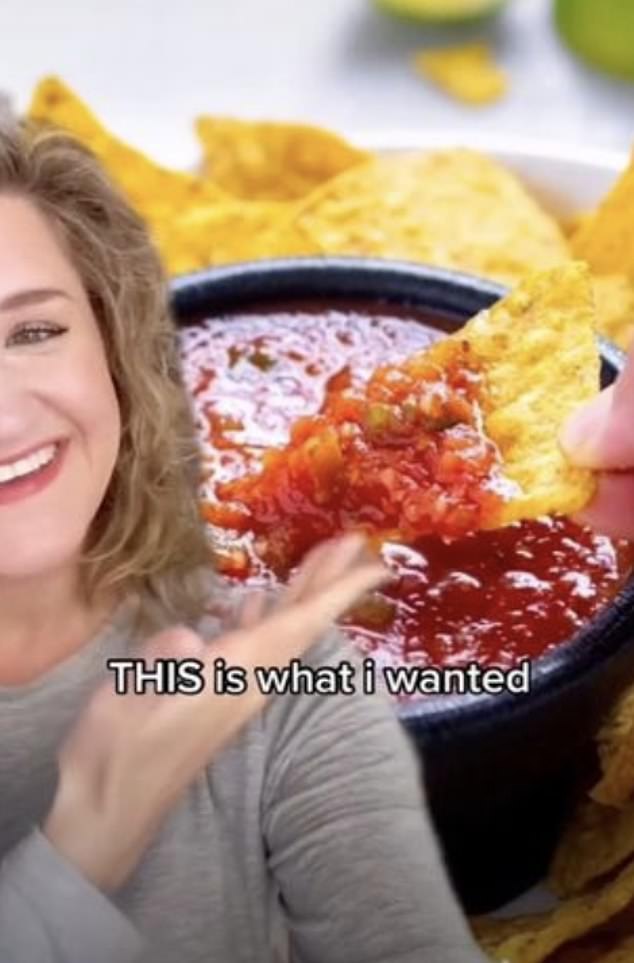