President  told new graduates that systemic racism is one of the ‘greatest crises of our time’ and said it was an ‘inflection point’ similar to the Vietnam War.

Biden’s brief video message to graduates was released by the White House under his @ address as the pandemic has put a dent in commencement ceremonies.

Comparing today’s students to those who graduated during the era of the civil rights and anti-war protest movements, Biden encouraged them to seize the moment to tackle and systemic racism which he described as one of ‘the great crises of our time’. 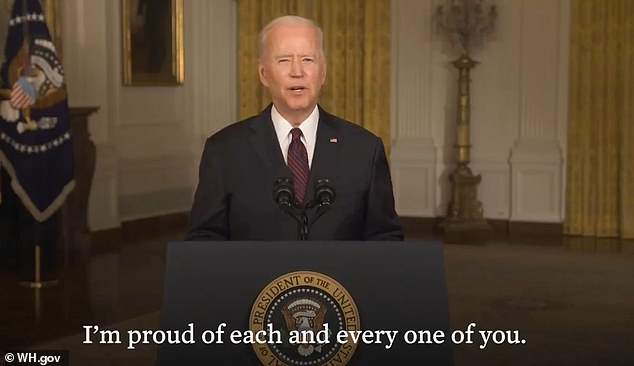 During a video address aimed at the Class of 2021, President Joe Biden called systemic racism one of ‘the great crises of our time’

Biden recounted his own experience and said that shortly after he graduated, his generation faced an inflection point as the Vietnam War split the nation coupled with fights for civil rights, women’s rights and environmental rights.

‘And now you face another inflection point,’ he said. ‘As we put this pandemic behind us, rebuild our economy, root out systemic racism and tackle climate change, we’re addressing the great crises of our time with a greater sense of purpose than before.

‘And because of you, your generation, I’ve never been more optimistic about the future than I am today,’ he added.

‘Just three years after I stood where you’re standing, two of my political heroes, Dr. King and Robert Kennedy, were gunned down.

‘The Vietnam War divided the nation and divided families. We’re in the midst of a great movement for civil rights, women’s rights, and environmental rights.

Biden told the graduates that only once in every few generations does a class enter history at point ‘where it actually has a chance to change the trajectory of the country,’ as he said theirs will. 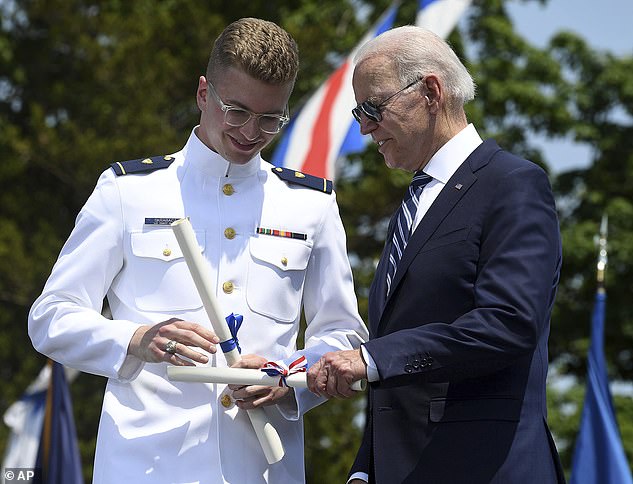 Biden delivered remarks last month at the Coast Guard Academy’s graduation in New London, Connecticut, pictured, but has no other commencement remarks scheduled this year 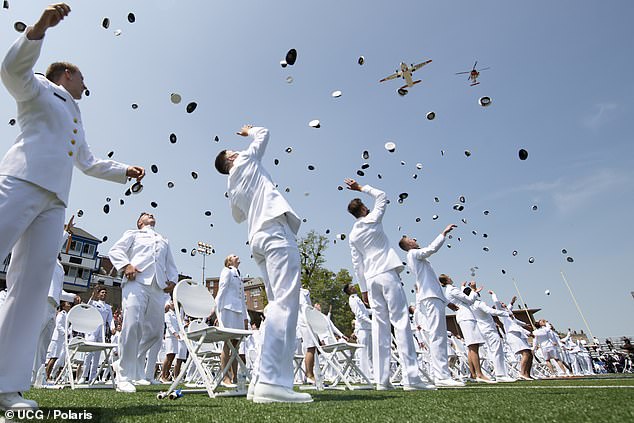 Biden struck a note of optimism during his Saturday address describing graduates as representing ‘one of the most gifted and talented and well-educated generation in American history.’

‘You’re going to see more change in the next 10 years than you saw and we saw in the last 50 years,’ Biden predicted.

‘It’s going to be up to you to translate that unprecedented change into a greater measure of happiness and prosperity for not only you and our nation, but for the world around you, and I know you will.’

Biden has spoken of his belief in systemic racism several times before but with the caveat that he does not believe Americans themselves are not racist. 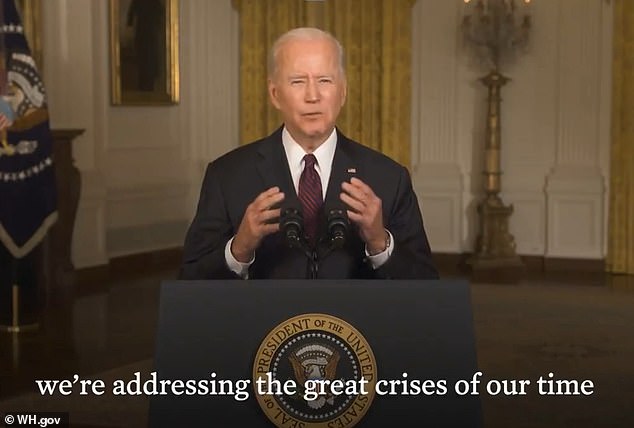 ‘You’re graduating at an inflection point in our nation’s history – and you have a genuine opportunity to change the trajectory of our country,’ he said 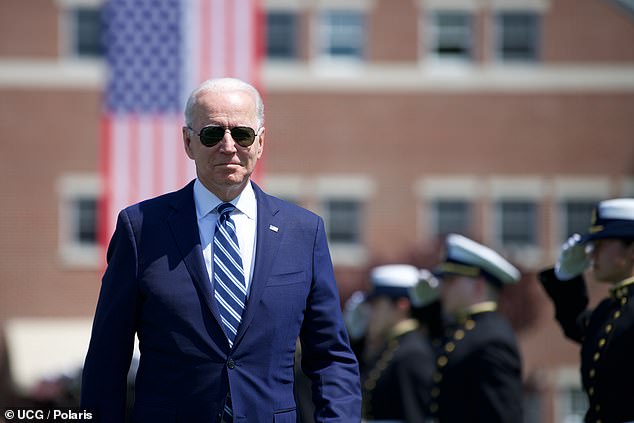 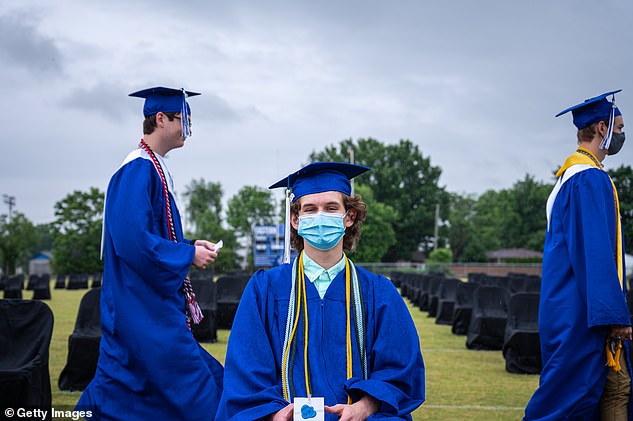 A former student of Jefferson County Public Schools, dressed in cap and gown, sits while other graduates walk behind during their graduation ceremony in Louisville, Kentucky. The makeup ceremony was held to celebrate the students whose graduations were disrupted due the coronavirus pandemic the previous year (file photo)

‘No, I don’t think the American people are racist, but I think after 400 years, African-Americans have been left in a position where they are so far behind the eight-ball in terms of education, health, in terms of opportunity,’ Biden said in April.

Biden delivered remarks last month at the Coast Guard Academy’s graduation in New London, Connecticut, but has no other commencement remarks scheduled this year.

Biden told graduates there similarly that ‘the world is changing. We’re at a significant inflection point,’ as he spotlighted ‘disruptive nations’ such as China and Russia as a top challenge facing the U.S. 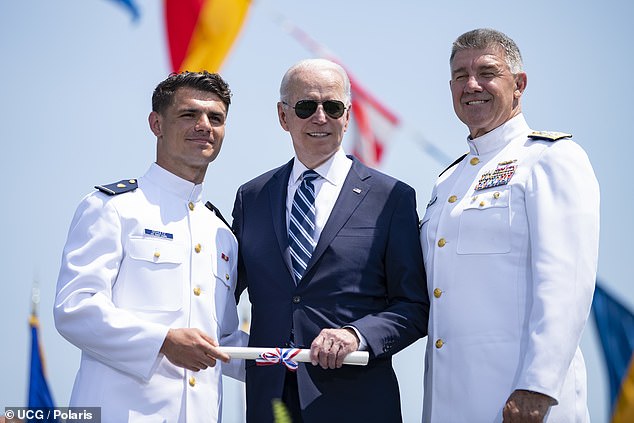 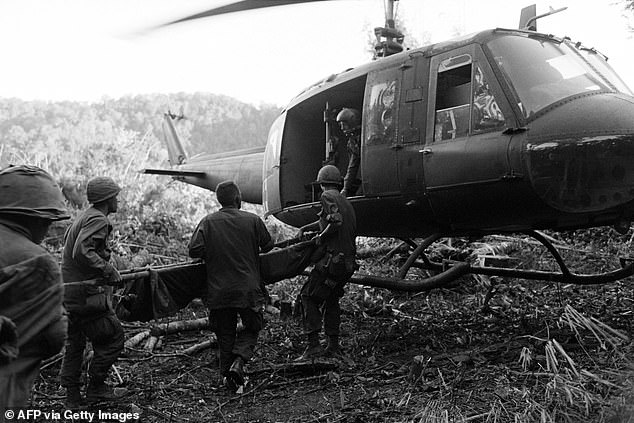 Biden compared the current ‘inflection point’ to when he graduated around the time of the Vietnam War. Pictured, Wounded US soldiers are evacuated by helicopter after a battle during the Vietnam war in 1967 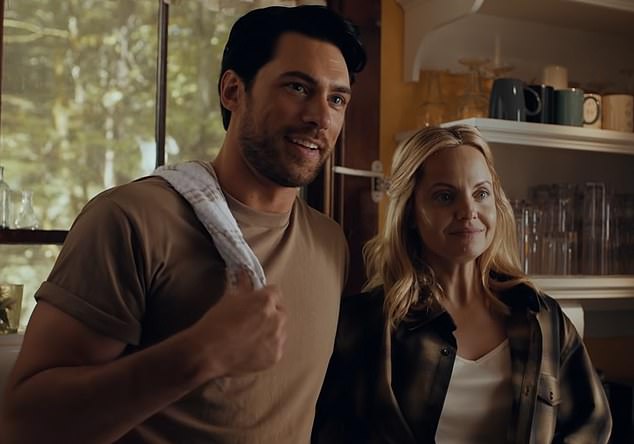 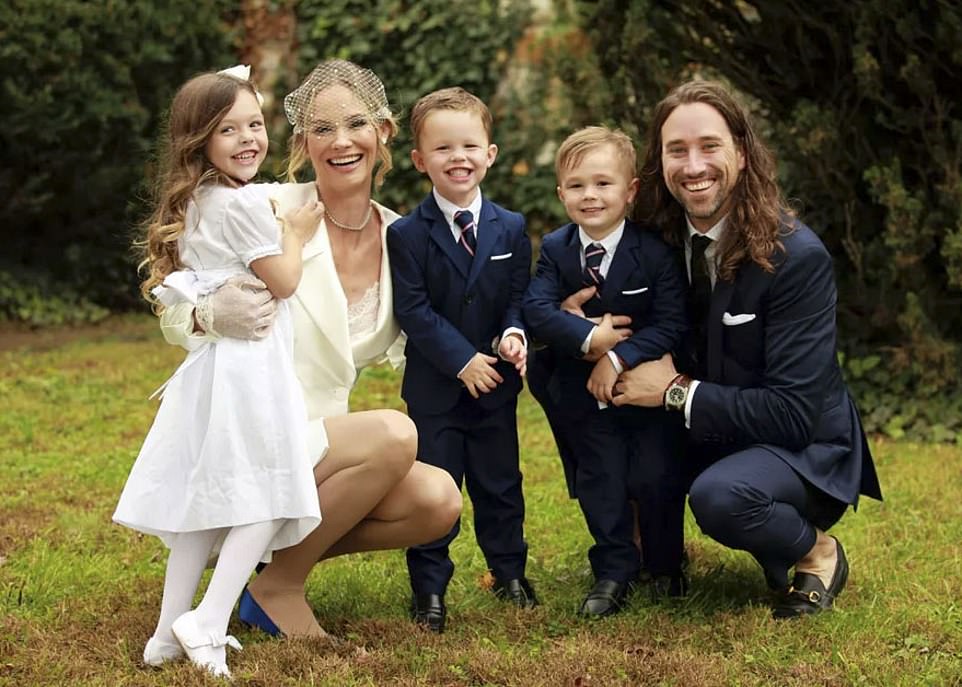 PICTURED: Meghan King and her three kids join the Biden clan as she weds Cuffe Owens 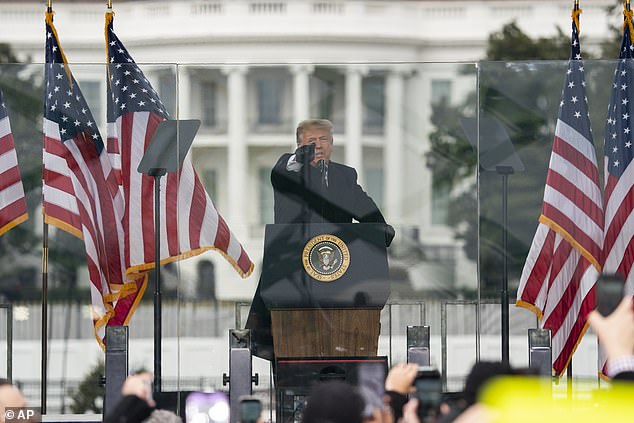 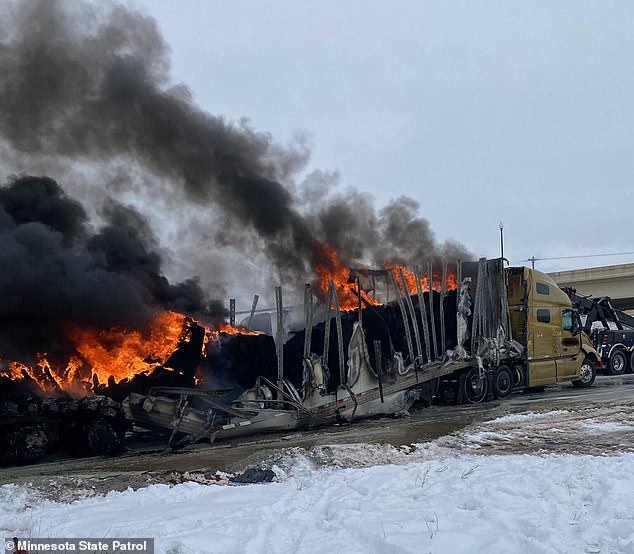 Nine people are hospitalized in 29-car pileup on Minnesota highway 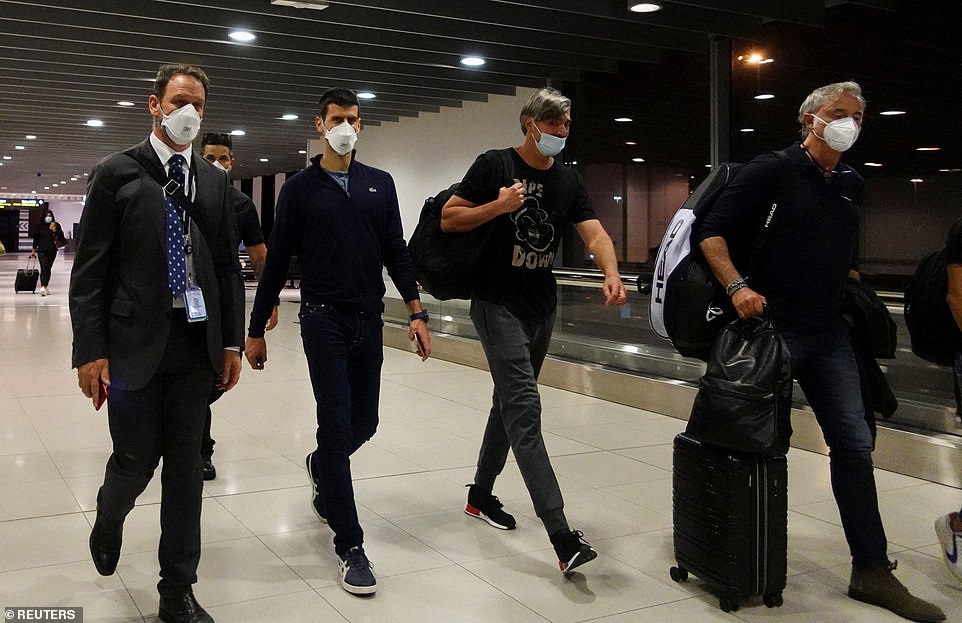 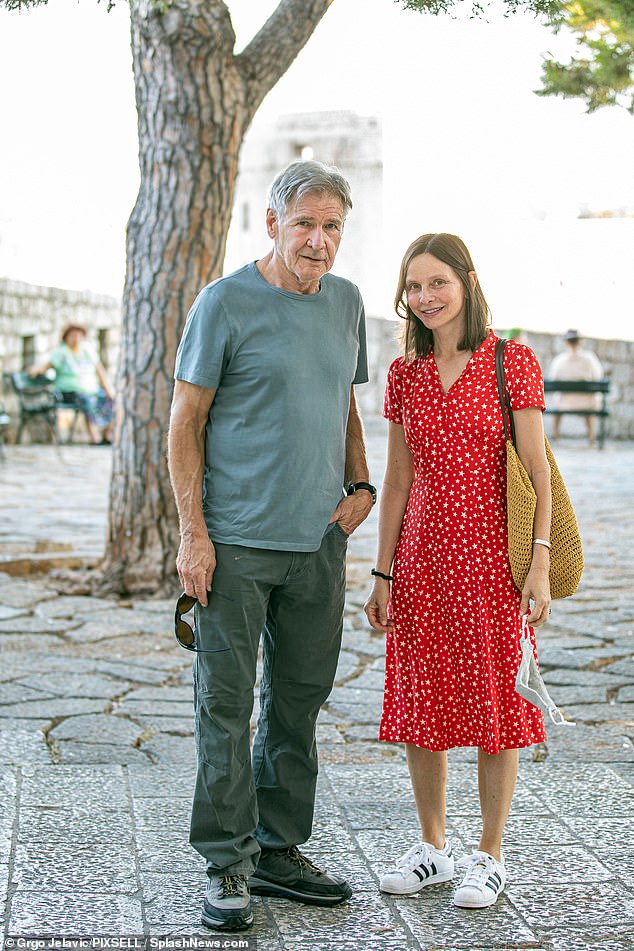 Harrison Ford, 79, enjoys the sunshine with his wife, Calista Flockhart, 56, in Croatia 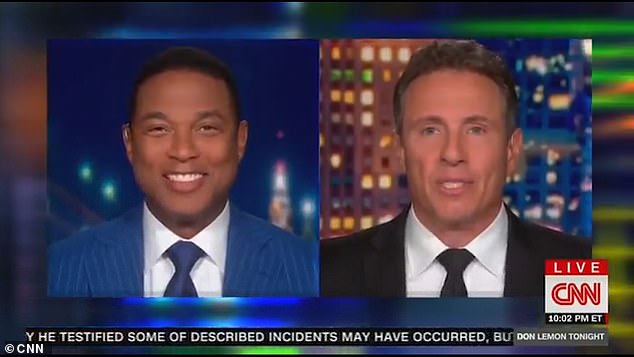 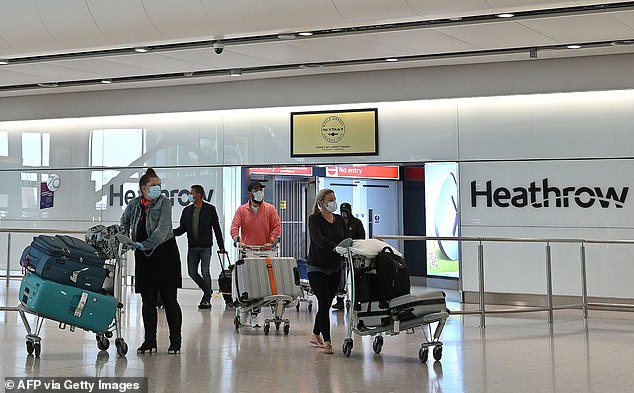