They announced they are expecting their second child last month.

And Ore Oduba and his wife Portia beamed with happiness as they made their first public appearance since their baby news at the British Ballet Charity Gala at the Royal Albert Hall in on Thursday night.

The Strictly star, 35, cut a dapper figure in a black suit and bow tie, while Portia, 32, dressed her pregnancy curves in a purple figure-hugging gown. 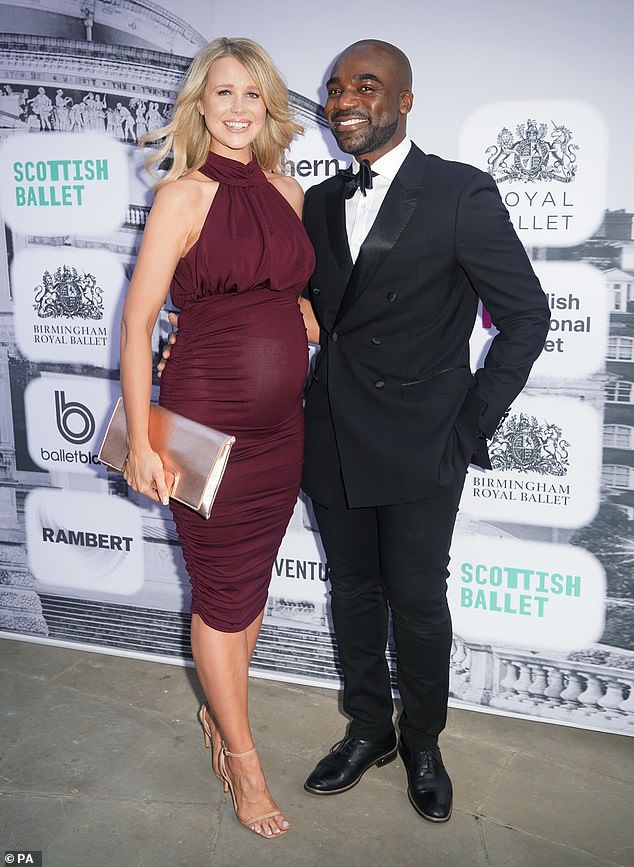 Expecting: Ore Oduba and his wife Portia beamed with happiness as they made their first public appearance since their baby news at the British Ballet Charity Gala on Thursday

The midi dress featured a halterneck neckline and highlighted her blossoming bump.

Portia cut a glamorous figure as she teamed the look with nude pink sandals and wore her blonde locks in soft curls.

The couple took a night off from parenting duties to mingle with the likes of Emma Weymouth and Darcey Bussell. 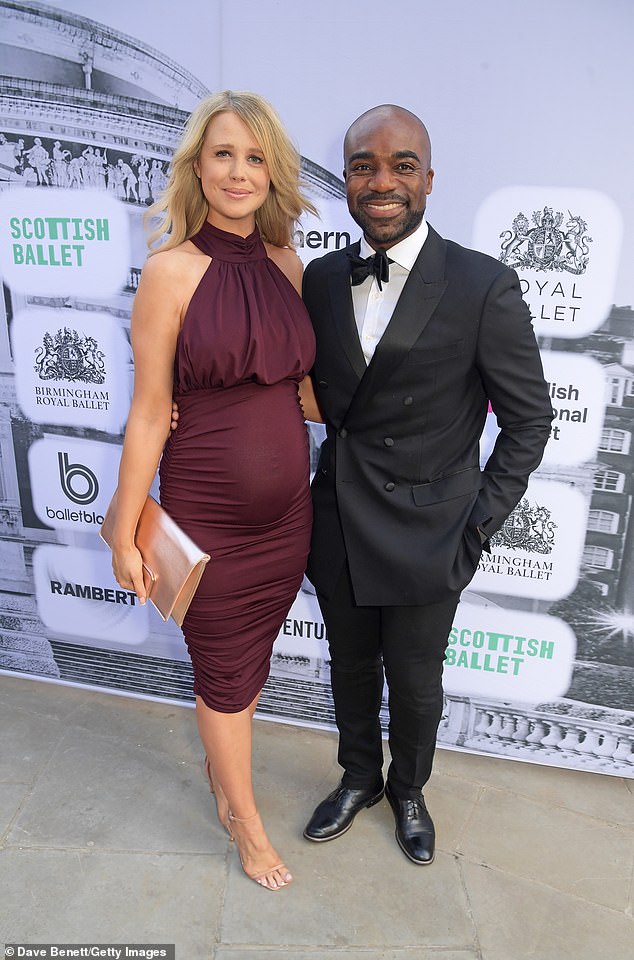 Baby joy: The Strictly star, 35, cut a dapper figure in a black suit and bow tie, while Portia, 32, dressed her pregnancy curves in a purple figure-hugging gown

The British Ballet Charity Gala, held at the Royal Albert Hall with Darcey and Ore hosting promises a ‘unique evening of ballet’.

The event, for the very first time, will see dancers from all eight of Britain’s main ballet companies, including Ballet Black, Birmingham Royal Ballet and English National Ballet, perform on the same stage accompanied by Royal Ballet Sinfonia.

The British Ballet Charity Gala is aiming to raise both awareness and funds for the ballet industry. 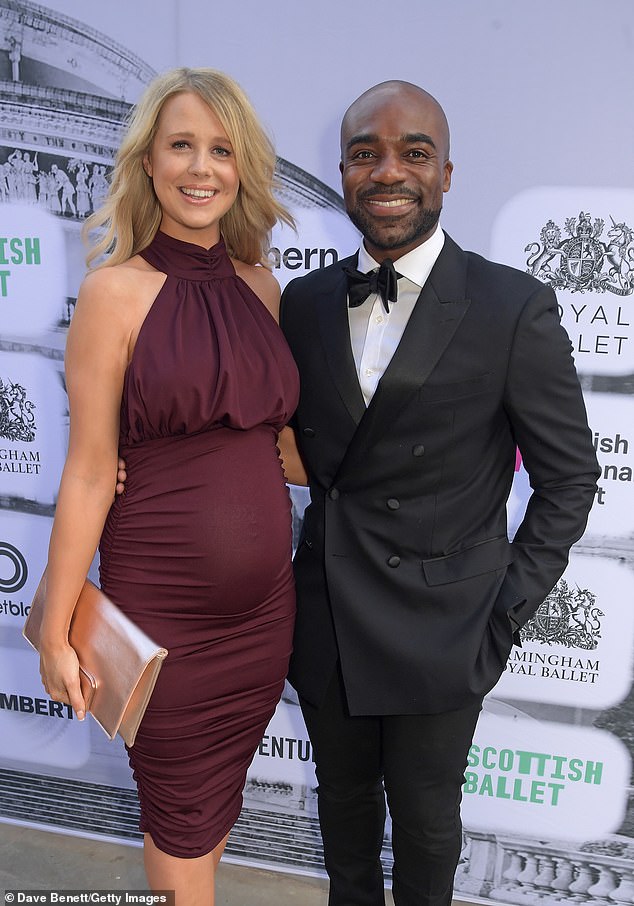 Evening out: The couple took a night off from parenting duties to mingle with the likes of Emma Weymouth and Darcey Bussell

Ore and Portia announced their news in an interview with magazine from his  home, marking the 10th anniversary of their first date.

He said: ‘We’re thrilled. I never thought I was going to find the person I wanted to spend the rest of my life with so when I think that 10 years on from our first date, we’ve got one amazing little boy and another baby on the way, I get quite emotional. This is the life I’ve always dreamt of.’

Revealing that the child’s due date falls in October, Oduba added: ‘The last year has been the biggest test of our entire relationship.

‘I thought I’d be terrified (at having a second child), but after this year I say bring it on.’ 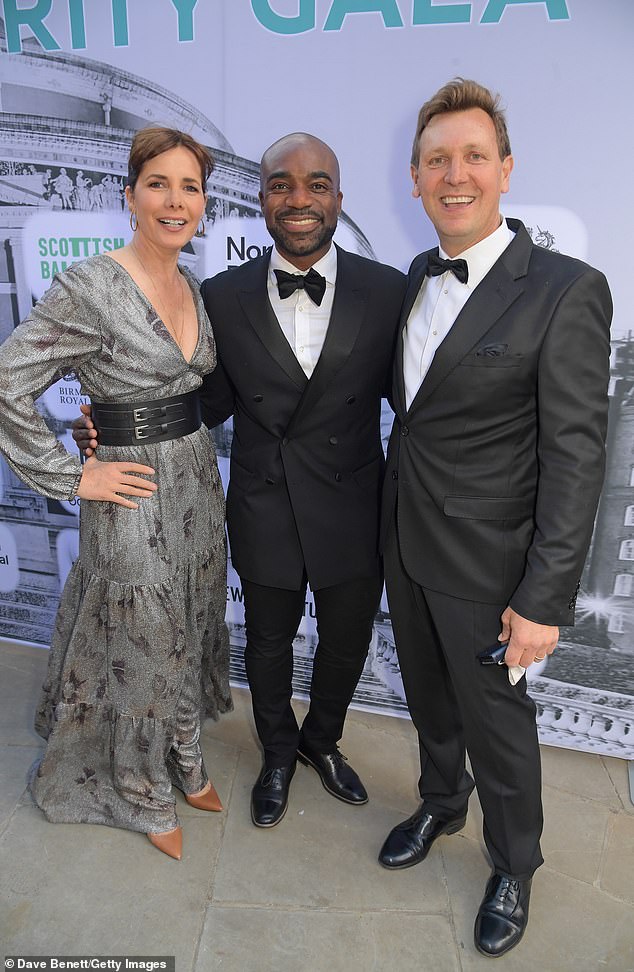 This comes as Ore recently shared how parenting in lockdown had tested his marriage to wife Portia.

The couple who have been together for nearly ten years welcomed their son Roman, in 2018.

And in an interview on  recently, Ore spoke about how the past 12 months have been particularly ‘challenging’ and that he and Portia have to ‘remember we love each other’.

Host Kate Garraway said to the presenter, who appeared on GMB to talk about starring in the Rocky Horror Show: ‘It’s not easy when you go from 2 to 3 and become a family.’

Ore replied: ‘Yeah, he came along and knocked all our plans up, that’s what kids do.

‘My wife and I will be ten years together next month and we’ve never done anything more challenging than the last 12 months. There were tears, tantrums.

‘Roman has enhanced our world more than we could have dreamt but there are times we have to remember that we love each other and what’s why he’s here. He’s been our guardian angel in lockdown but he’s also been the cause of a few little tiffs.

‘It’s just finding that time for each other. Every household is different. Communication is the key. We don’t go to bed in an argument.’

The Strictly star continued: ‘I’m someone who thrives on routine. When we didn’t have that, I found it quite difficult to get some kind of structure.

‘Spending more time with each other gave us more appreciation for what the other person does.’ 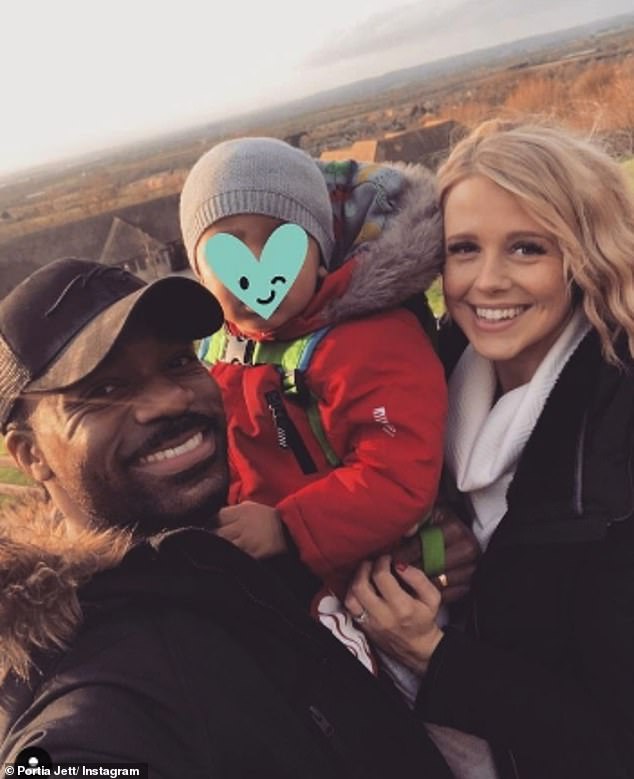 Family: The couple welcomed their son Roman, three, in 2018 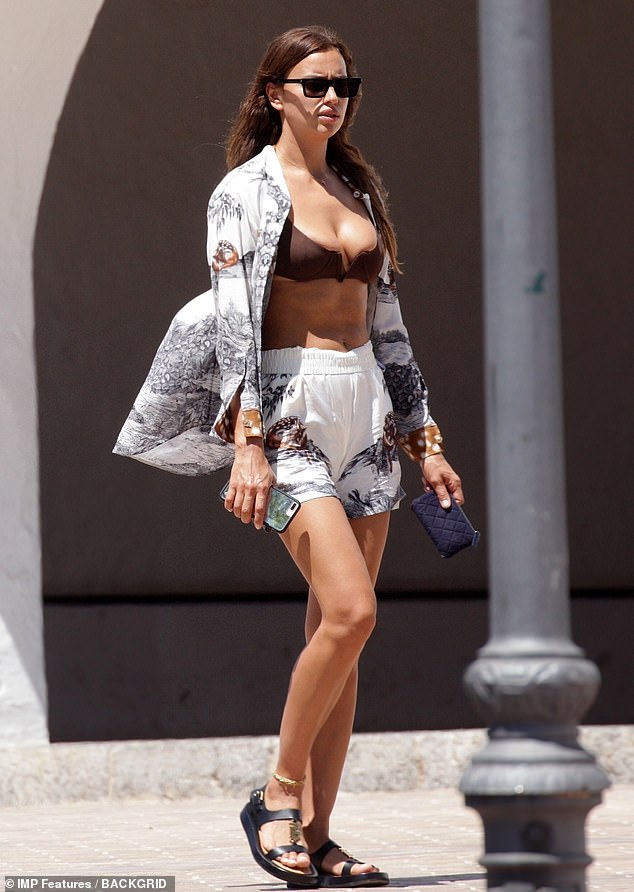 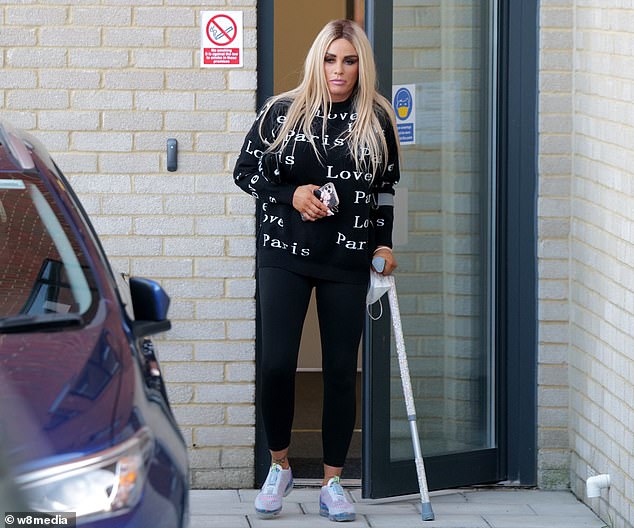 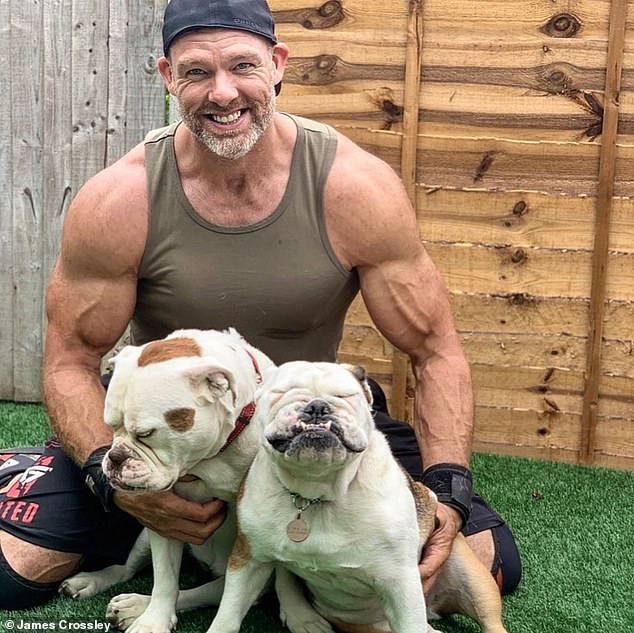 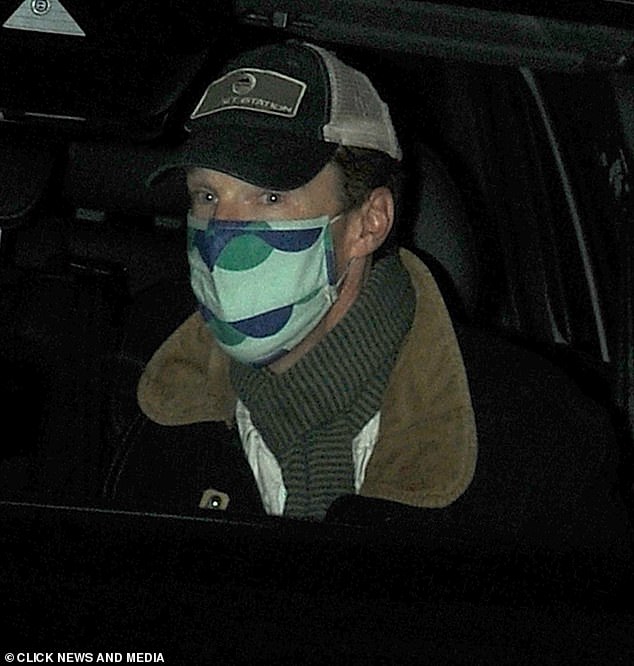 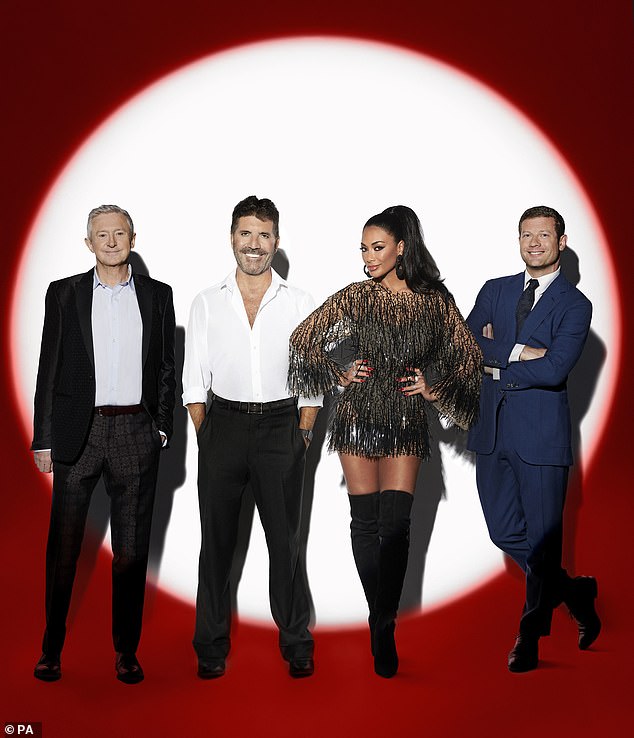 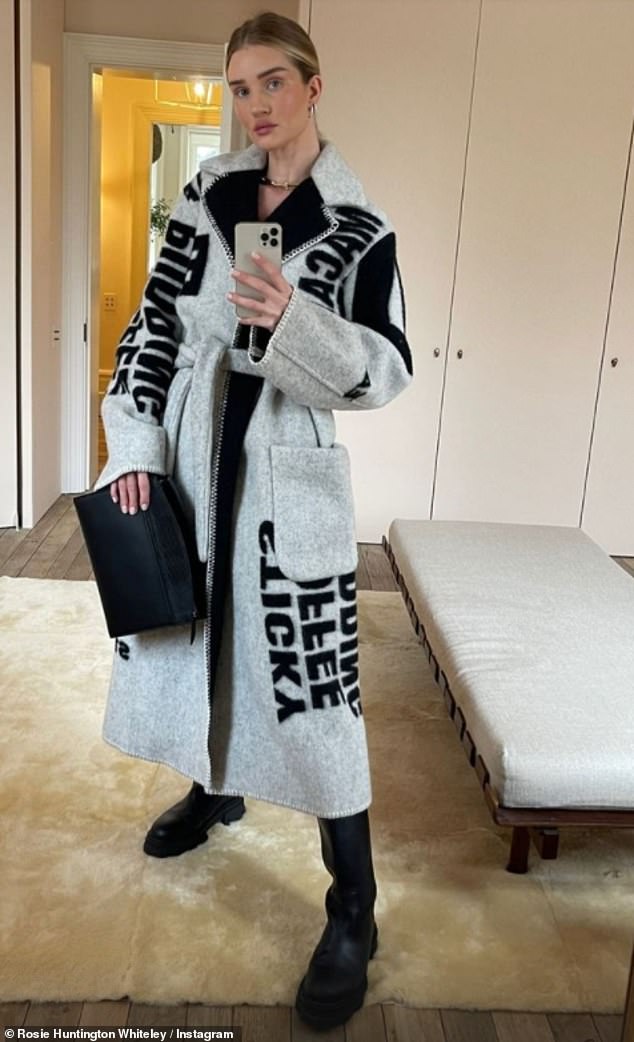 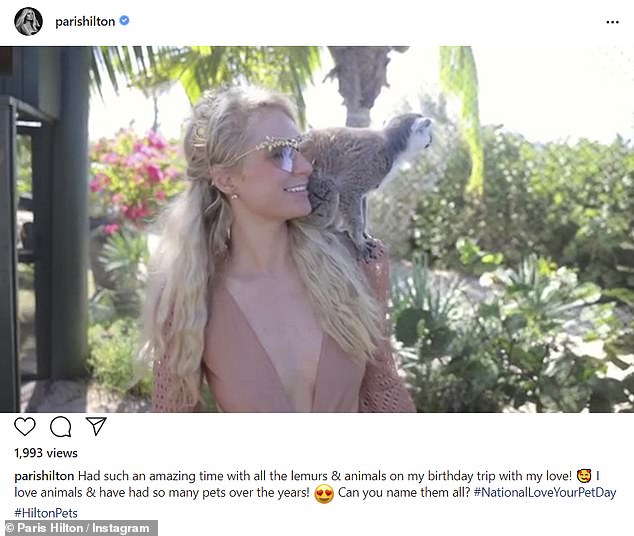 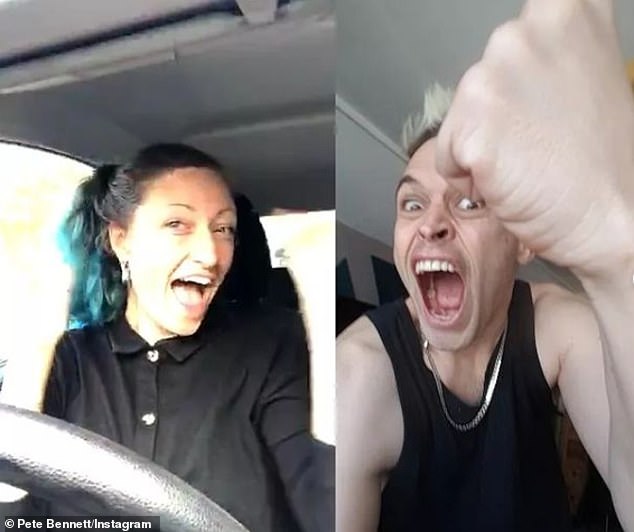