She’s never one not to make a stylish entrance.

And on Thursday night, Lizzie Cundy, 53, pulled out all the stops as she attended the launch of new restaurant 63rd & 1st in Surrey.

The former WAG made sure she was dressed for the occasion and rocked up to the Cobham-based eatery flaunting her pins in a chic white mini dress and strappy nude Christian Louboutin heels. 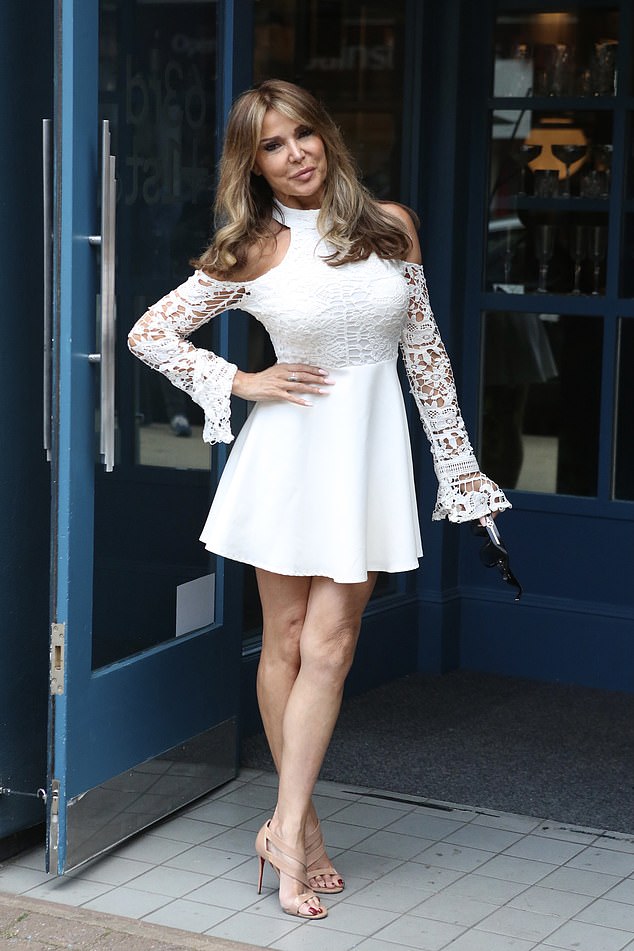 Leggy display: Lizzie Cundy, 53, pulled out all the stops as she attended the launch of new restaurant 63rd & 1st in Surrey in a chic white dress

Lizzie’s stylish number, with lace sleeves and cut-out shoulders, was the perfect outfit choice to show off her tanning efforts from the UK’s recent heatwave.

After spending the last few days soaking up the sunshine, Lizzie looked bronzed for her evening out and finished off her look with a floppy white hat and bouncy blow-dry.

She joined other stars at the venue launch, including former EastEnders star Charlie Brooks and Dancing On Ice’s Matt Lapinskas, and had hosted her drivetime radio show for Talk Radio live from the restaurant.

Her appearance came after Lizzie was seen stripping down to her swimwear for a sunbathing session in her garden, as she vented about being ‘over-charged’ for a bikini wax. 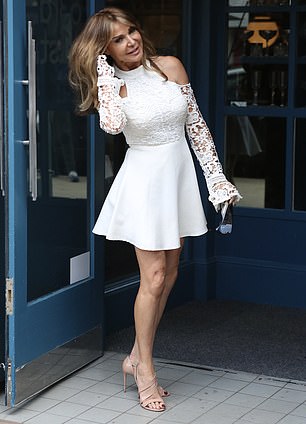 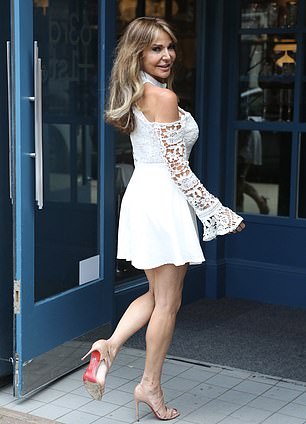 Chic: The former WAG rocked up to the Cobham-based eatery flaunting her pins in a chic white mini dress and strappy nude heels 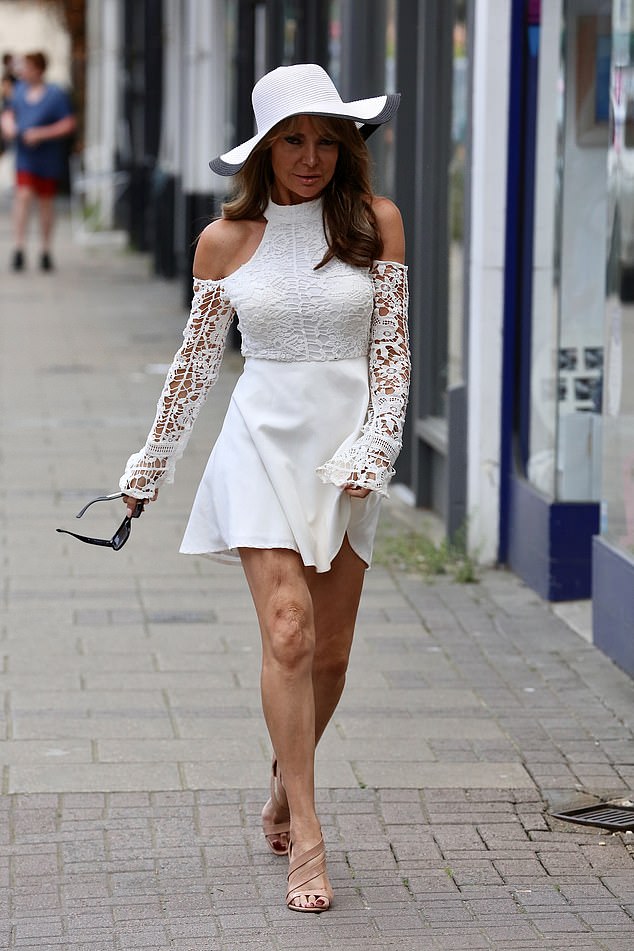 Style queen: She teamed her dress with a matching floppy hat and a bronzed tan

Posting a saucy selfie in a very daringly cut-out swimsuit, Lizzie told fans: ‘I’ve just been overcharged for my bikini wax. It was a total rip off!!’

Her followers didn’t seem to be as concerned, however, and instead inundated the mum-of-two with compliments over her incredible figure.

She’s become known for her sultry shots and admits they can leave her sons ’embarrassed’ from time to time.

Speaking about her boys, Josh, 25, and James, 21, Lizzie said: ‘I know sometimes my sons put their head in their hands with the pictures I post.’ 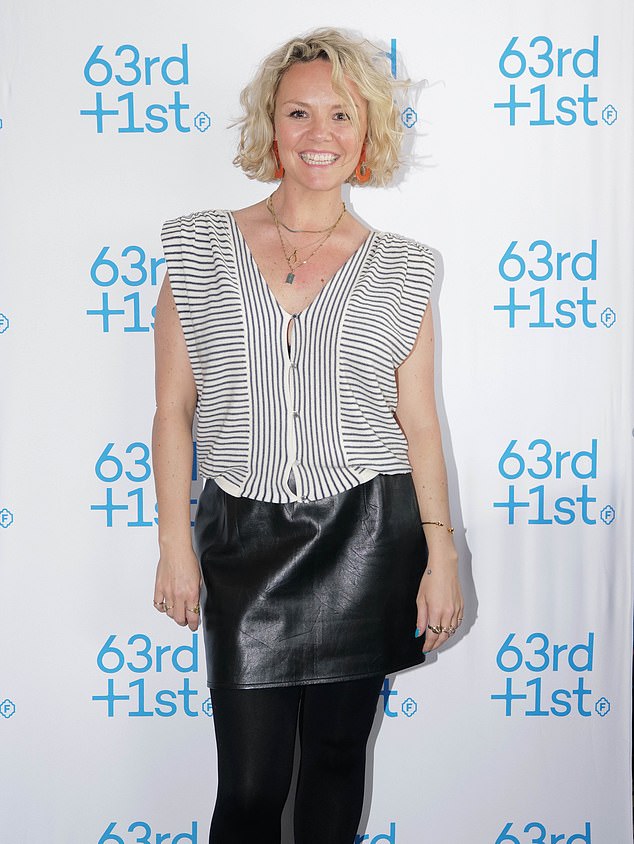 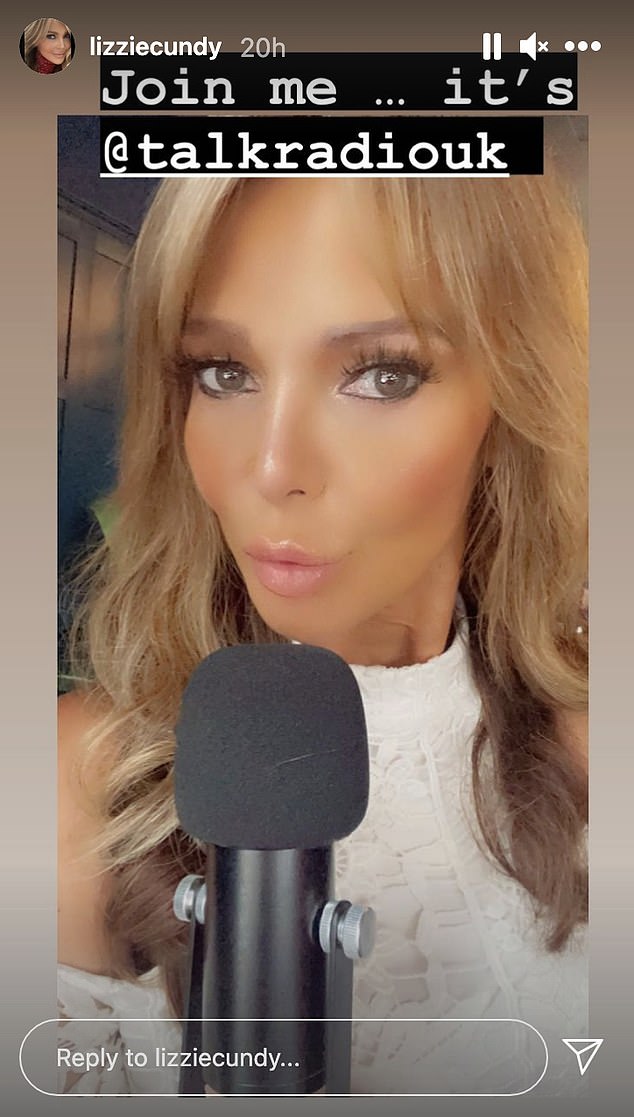 Leading the show: Lizzie had hosted her drivetime radio show for Talk Radio live from the restaurant launch 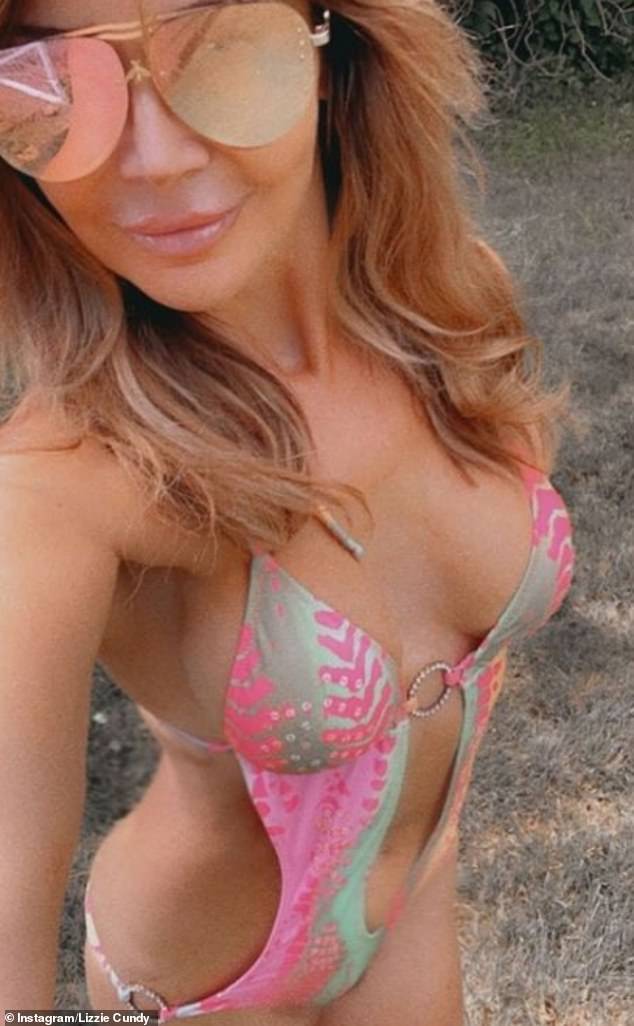 Bikini ready: It came after Lizzie was seen sunbathing in her garden and venting over being ‘ripped off’ for her latest bikini wax

While her snaps have gone down a treat with her friends, the former WAG admitted her sons Josh, 25, and James, 21, have sometimes felt embarrassed by their mother’s sultry shots.

The TV star recently said: ‘I know sometimes my sons put their head in their hands with the pictures I post.’

When she’s not posing up a storm for her followers, Lizzie has been busy putting together her very own vegetarian cookbook after adopting a meat-free diet during lockdown.

Back in April, Lizzie joked she is coming for Nigella Lawson’s crown as she revealed she’s ‘fallen in love with cooking’ over the last few months.

‘ So move over Nigella Lawson I’m bringing out my own cookery book!! I’ve fallen in love with cooking over lockdown and especially making healthy recipes with beautiful produce,’ Lizzie revealed on Instagram.

‘I’ve gone veggie !! And I’m cooking seriously sexy food ! I’m loving cooking with these fresh organic vegetables with @piktfresh… 5 a Day is enough for any girl!!’ 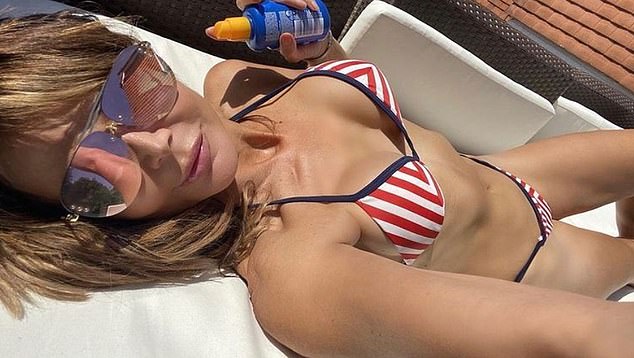 Too saucy: The mum-of-two admits her provocative posts on Instagram can leave her sons feeling ’embarrassed’ 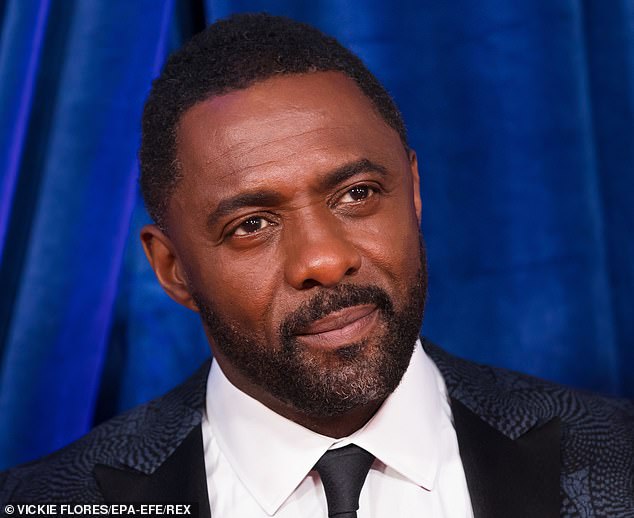 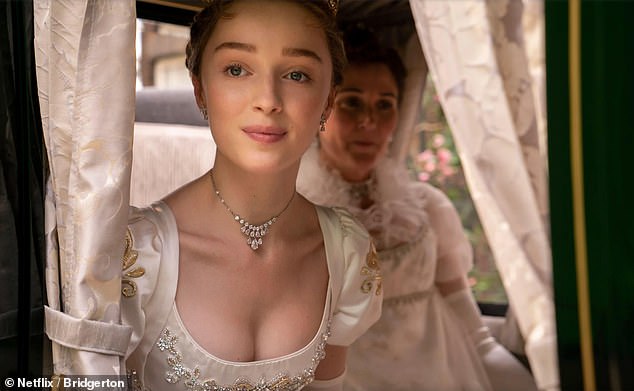 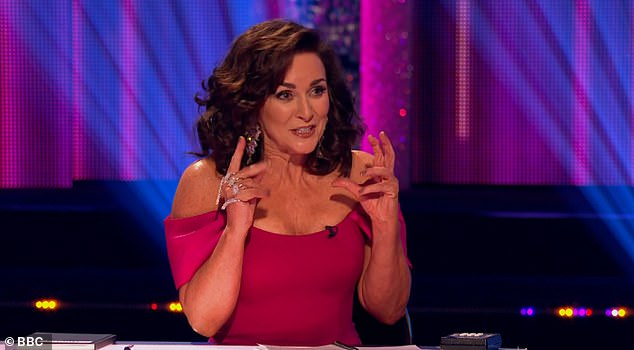 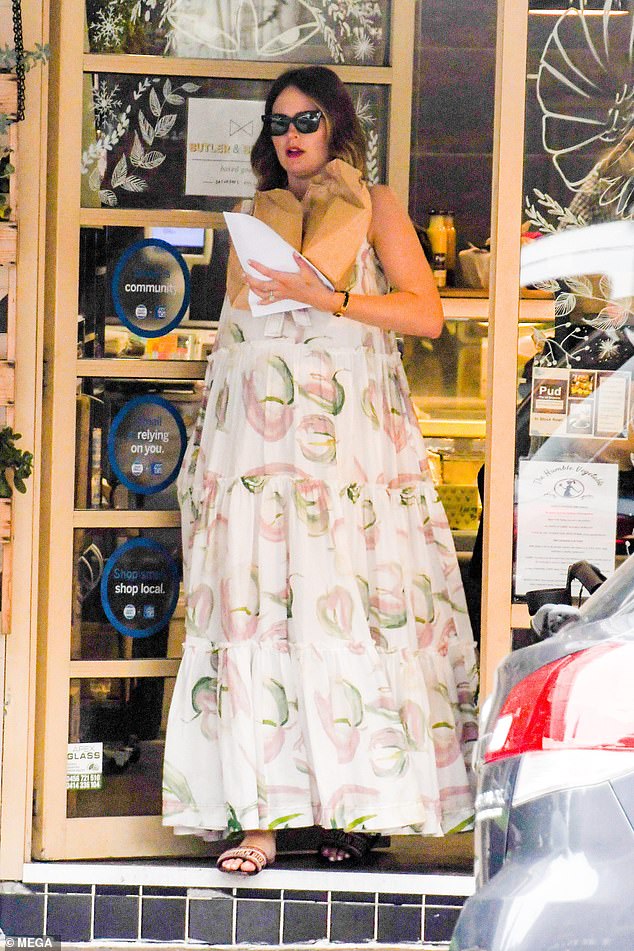 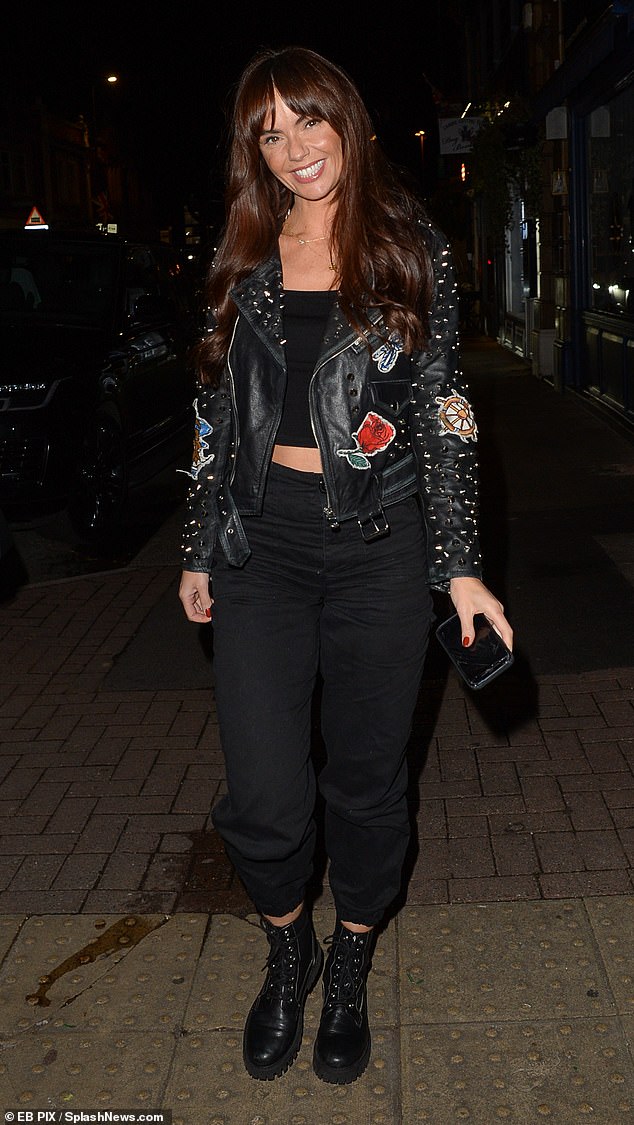 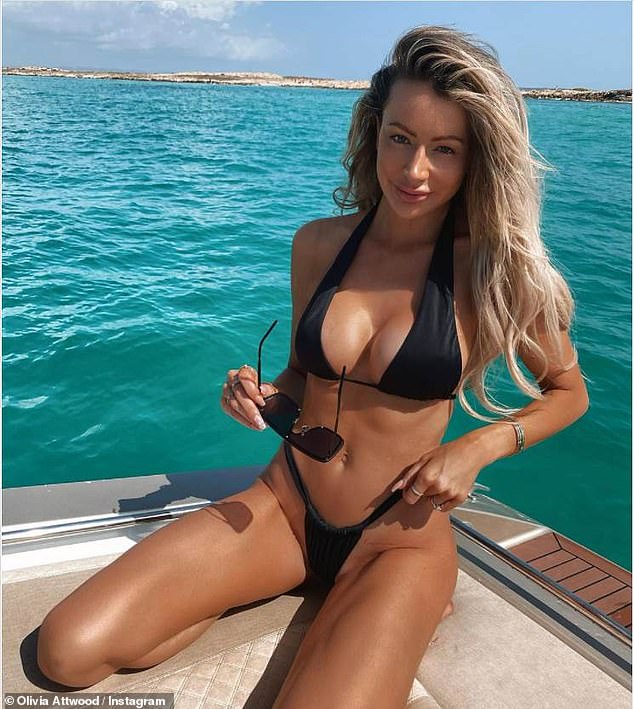 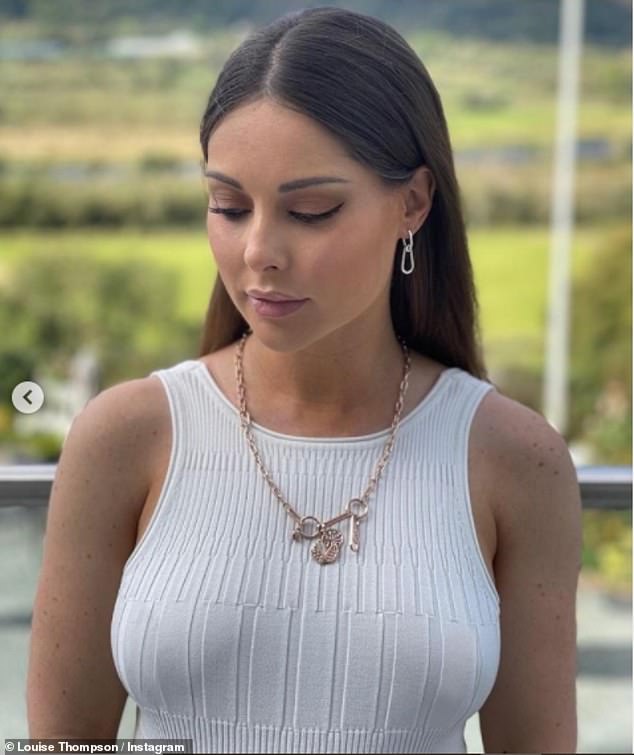