The Iranian navy’s largest ship has caught fire and sunk near the Gulf of Oman.

A blaze broke out on board support vessel Kharg on Tuesday afternoon while it was on a training mission near the port of Jask, according to Iranian news agencies.

All crew members were evacuated to shore before firefighters attempted to tackle the blaze, but could not save the ship.

Kharg sunk into waters at the mouth of the Strait of Hormuz on Wednesday morning after 20 hours of efforts to save it.

It is not clear how the fire started. Iran and Saudi Arabia have been involved in clandestine attacks on rival vessels around the Strait of Hormuz that can initially be reported as fires. 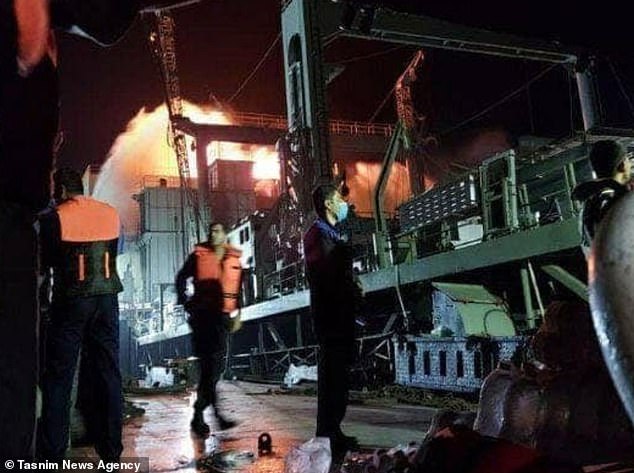 The ship had around 400 crew and students on board when the fire broke out, a government spokesman told the Tasnim news agency.

He said around 20 people had received minor burn injuries before the ship was evacuated, and that nobody was seriously hurt.

The spokesman added that the cause of the fire is still under investigation, and a statement will be made soon.

Photos circulated on Iranian social media of sailors wearing life jackets evacuating the vessel as a fire burned behind them.

State TV and semiofficial news agencies referred to the Kharg as a ‘training ship.’

The Kharg serves as one of a few vessels in the Iranian navy capable of providing replenishment at sea for its other ships.

It also can lift heavy cargo and serve as a launch point for helicopters.

The ship, built in Britain and launched in 1977, entered the Iranian navy in 1984 after lengthy negotiations that followed Iran’s 1979 Islamic Revolution.

The sinking of the Kharg marks the latest naval disaster for Iran.

In 2020 during an Iranian military training exercise, a missile mistakenly struck a naval vessel near the port of Jask, killing 19 sailors and wounding 15.

Also in 2018, an Iranian navy destroyer sank in the Caspian Sea. 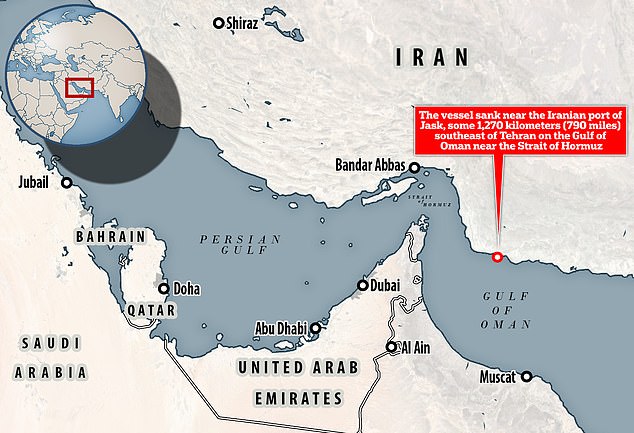 The blaze broke out around 2.25am at the mouth of the Strait of Hormuz, with all sailors evacuated to shore before the ship went down 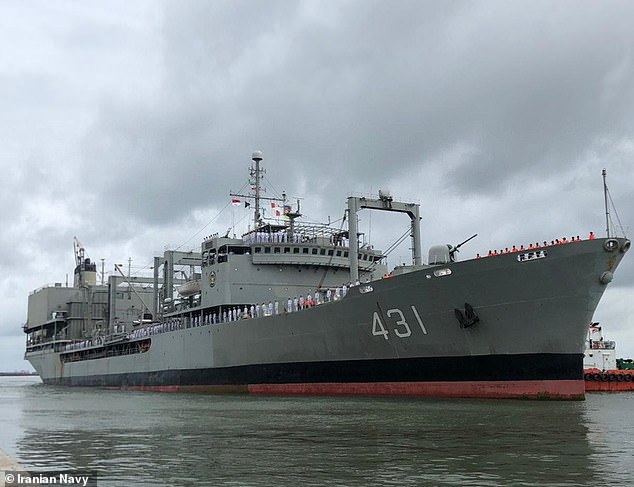 The Kharg was built in Britain in 1977, and which entered the Iranian Navy in 1984 . It was designed to resupply other ships at sea, lift heavy cargo, and launch helicopters

Two Iranian fighter jet pilots were killed on Tuesday when their ejector seats activated before take-off, smashing them into the hangar roof.

State broadcaster IRIB reported the F-5 fighter jet had a ‘technical problem’ that killed both the pilots, identified as as Kianoush Basati and Hossein Nami.

The report said the incident unfolded at Dezful Vahdati Air Force Base, approximately 270 miles south of the capital Tehran, and near the Iraq border. 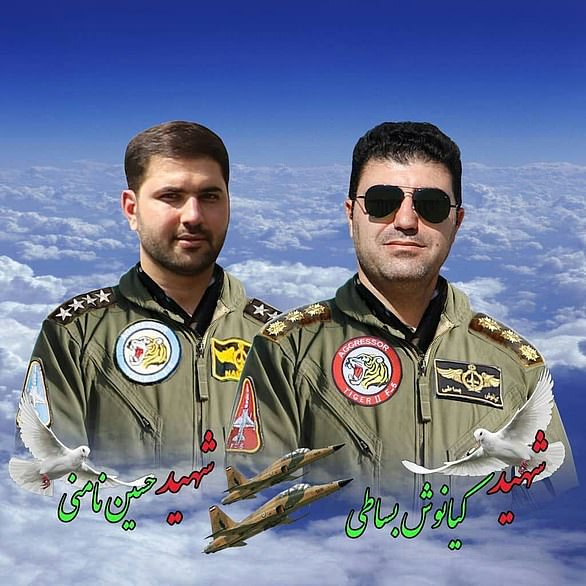 According to BBC Persian, ejector seats were ‘wrongly activated’ for both the front and rear cockpit pilots. Both men ‘lost their lives due to a severe impact with the roof of the hangar’, the report added.

State TV channel IRNA said the incident happened before takeoff but did not elaborate.

Social media users identified Basati as a colonel and Nami as a lieutenant. 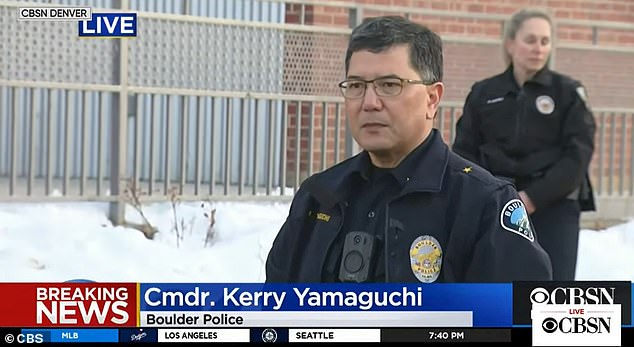 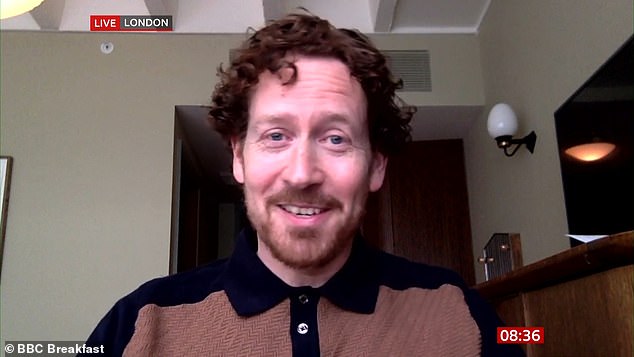 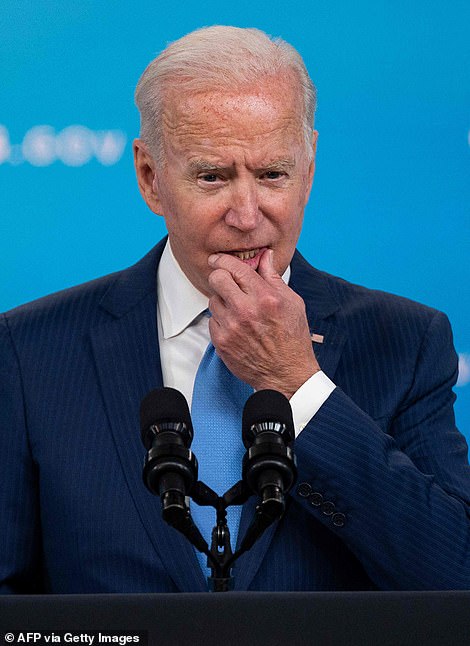 R. Kelly assistant says she NEVER helped him recruit women ‘because he was a mega superstar’ 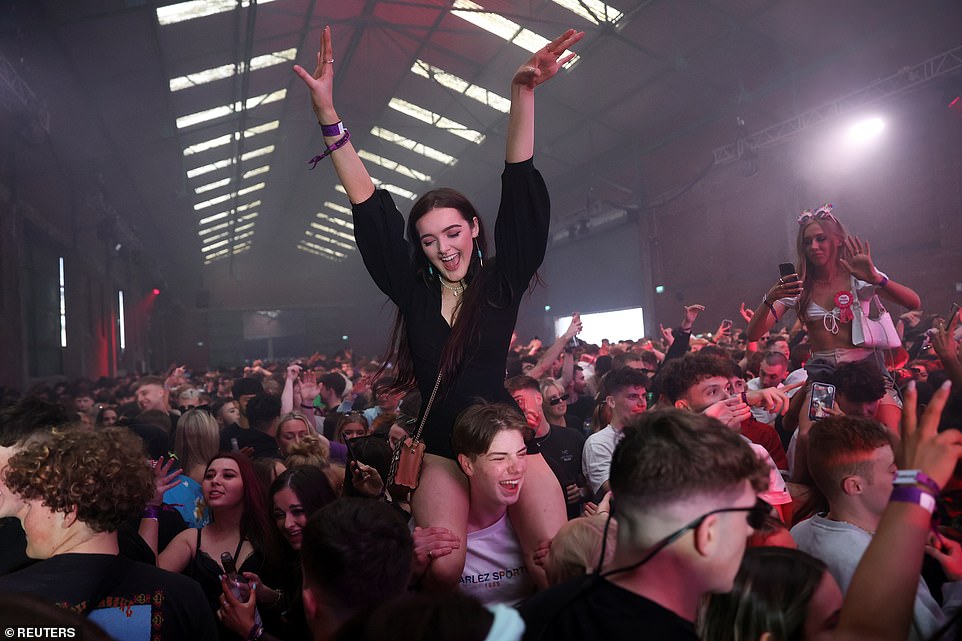 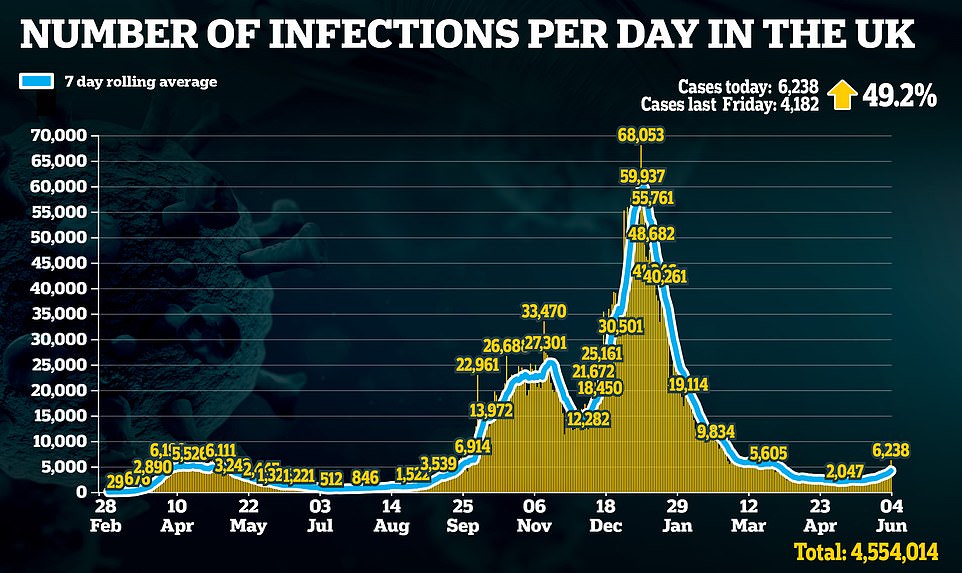