Once in an eon, all the planets align. That’s what Friends: The Reunion is like … not so much a TV show, more an accident of astrology. Courteney Cox, who played Monica in the sitcom that defined the Nineties, is emphatic in tonight’s two-hour show: ‘We are not going to do this again.’

And Lisa Kudrow, who co-starred as the ditzy Phoebe, looks aghast when host diffidently suggests there might be another series or even a movie.

Never, she insists. She wants to remember the characters as we left them, saying: ‘I don’t want anyone’s happy endings unravelled.’ 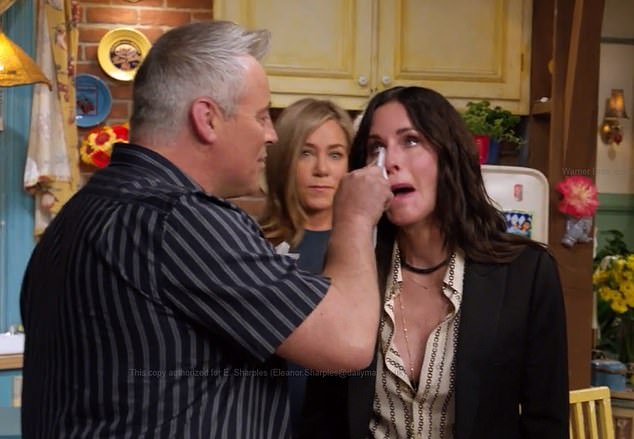 Weepy: Matt LeBlanc dries Courteney Cox’s tears as Jennifer Aniston looks on. Once in an eon, all the planets align. That’s what Friends: The Reunion is like, writes Christopher Stevens

Since it has taken 17 years to get the six stars on screen together, we’ll have to accept these denials. Friends fans, this is your lot.

Why has the get-together taken so long? All six insist they adore each other, speak regularly on the phone and meet for dinner. Matthew Perry (the acerbic Chandler) claims that whenever one former Friend bumps into another at a party, they spend the rest of the evening chatting, to the exclusion of everyone else. And tonight’s special certainly involves endless cuddles, hugs and hand-holding. They’re a tactile bunch.

So it’s a mystery why they’re adamant it’ll never happen again. True, this event feels heavily scripted but there is nothing very complicated about it. One by one, the stars arrive at a studio where their old set has been lovingly recreated.

‘Oh, weird,’ says Jennifer Aniston. ‘Well, where’s the tissue box?’ A lot of viewers will have just the same, lump-in-the-throat reaction. It is strange to see the sets remade as museum pieces.

They sit on the sofa in the girls’ apartment. They sit on the sofa at Central Perk coffee house. They sit on a sofa in front of the fountain from the title sequence. In every possible sense, they are never out of their comfort zone. And with each actor paid an appearance fee rumoured to be up to $2.5million (about £1.8million), you can’t blame them for looking satisfied.

Some have worn better than others. Aniston is still sporting a version of her famous ‘Rachel’ hairstyle. Cox and Kudrow are imperceptibly older, at least by comparison to how they were in the finale. 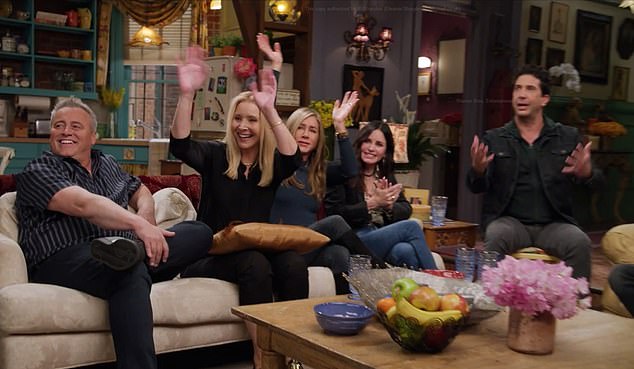 Sofa so good: Five of the Friends back in the comfort zone of Monica and Rachel’s apartment

Perry, whose health and addiction problems have been well documented, sometimes appears unwell, slurring his words. (A source close to the actor has since attributed this to ‘an emergency tooth procedure’ on the day of filming.) His co-stars support him, staying silent when he speaks, perhaps to make it easier for his lines to be honed in the editing suite.

And it is Perry who strikes the only sorrowful note in an otherwise cheerful show.

Describing the anxiety he felt performing before a live audience, he says: ‘I felt like I was gonna die if they didn’t laugh. It’s not healthy. I would sometimes say a line and they wouldn’t laugh, and I would sweat and go into convulsions. I felt like that every single night.’ The secret of Friends was always its big emotions. There’s nothing subtle about the characters and their feelings. Ross always looks like a wet-eyed puppy begging for a treat. Rachel is perpetually on the verge of hysterics, Joey is forever realising how randy he is.

That makes it easy for fans to develop a bond with one or other in the ensemble. During the reunion, celebrities queue to tell us which is their special Friend. 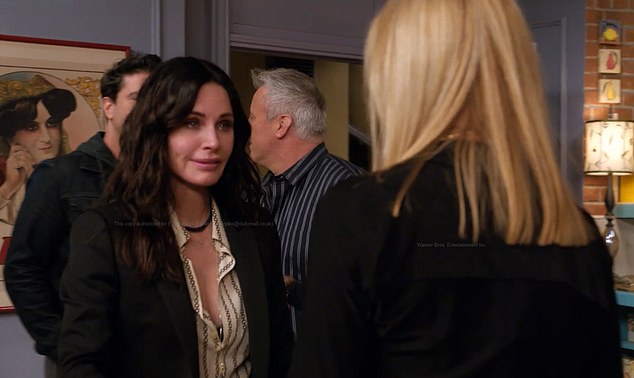 Turn back time: Courteney Cox (Monica) greets Lisa Kudrow (Phoebe). One by one, the stars arrive at a studio where their old set has been lovingly recreated

Nobel Peace Prize winner Malala Yousafzai reckons she’s like Joey, because she loves making her room-mate laugh with unexpected quips. David Beckham watches repeats in hotel rooms: ‘I have to say, I’m most like Monica because I’m a clean freak.’

He cites the episode where Chandler and Joey fight over an armchair: ‘It makes you smile almost to the point of crying.’

Reese Witherspoon, who guest starred as one of Rachel’s sisters Jill, makes a flying visit. So does Elliott Gould, who played Monica’s dad, and Tom Selleck, her first serious boyfriend Richard.

Others are seen only in flashback, such as Ben Stiller and Danny DeVito. We even glimpse a young Brad Pitt – though Jen refers to her ex-husband by his surname only.

You’d have to be a true devotee to know all the special guests, actors who win whoops and shrieks from the sparse and socially distanced audience. But then, if you don’t know who Janice, Gunther or Mr Heckles are, why would you be watching?

Why? Perhaps because no other sitcom in TV history has warmed our hearts quite like Friends. Good to see you guys again. We’ve missed you.

Friends: The Reunion is on Sky One at 8pm today. 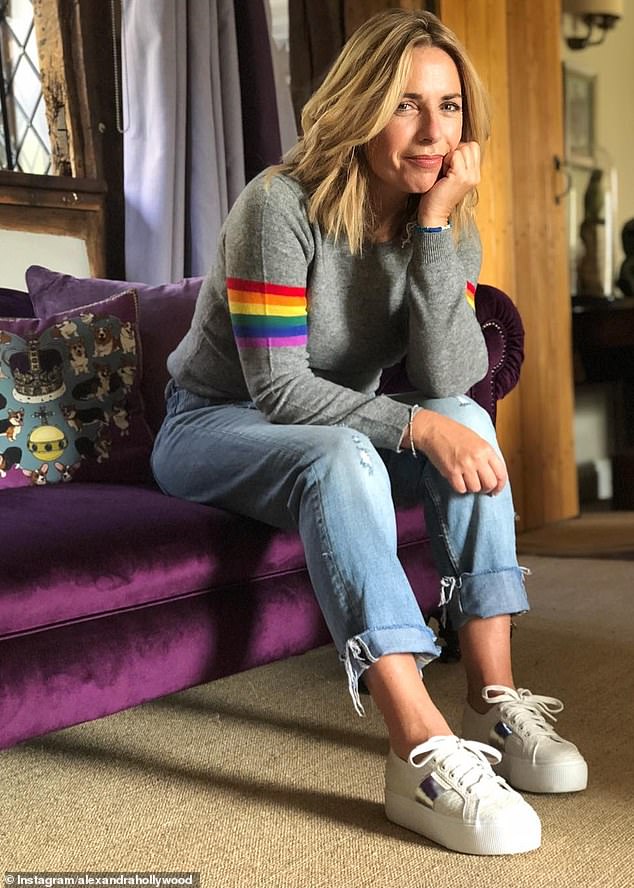 Paul Hollywood’s estranged wife, 54, speaks out about her ‘rough year’ 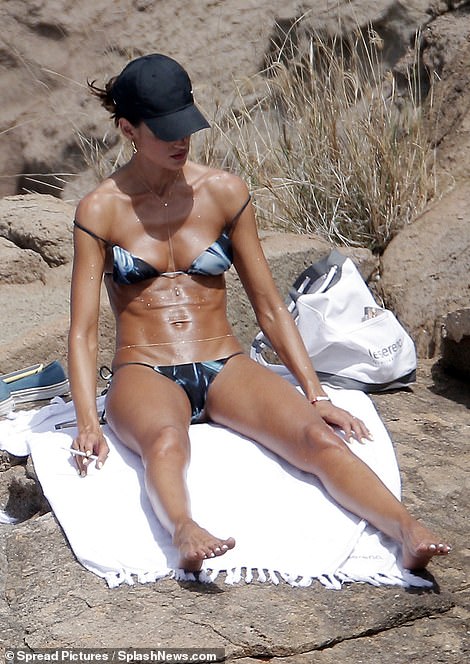 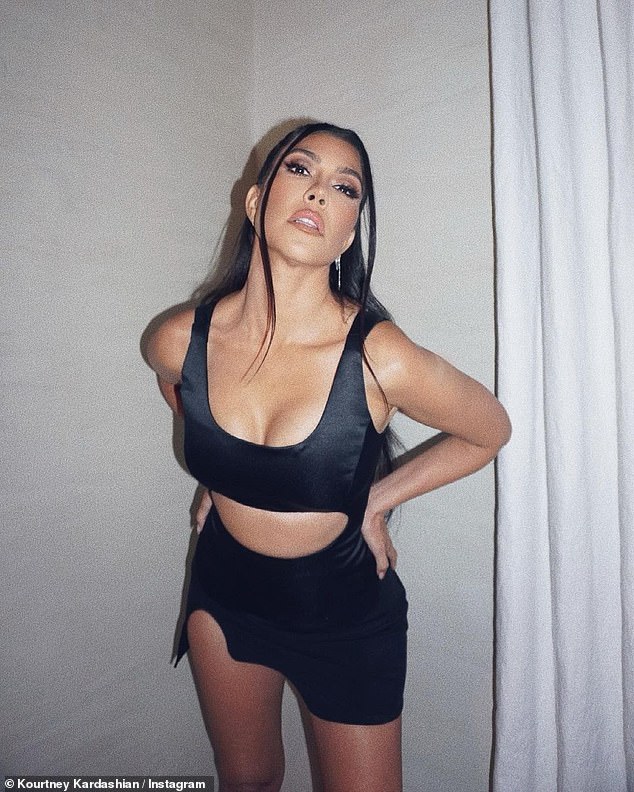 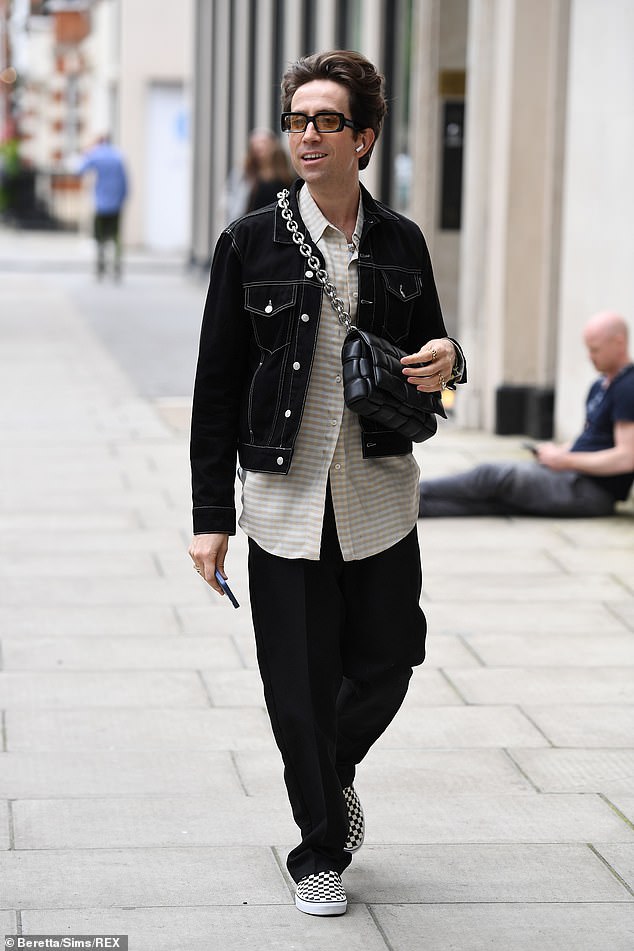 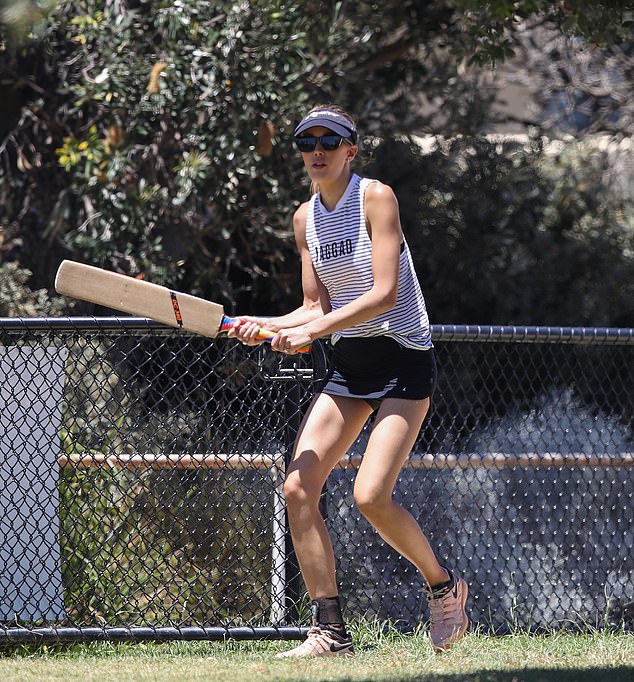 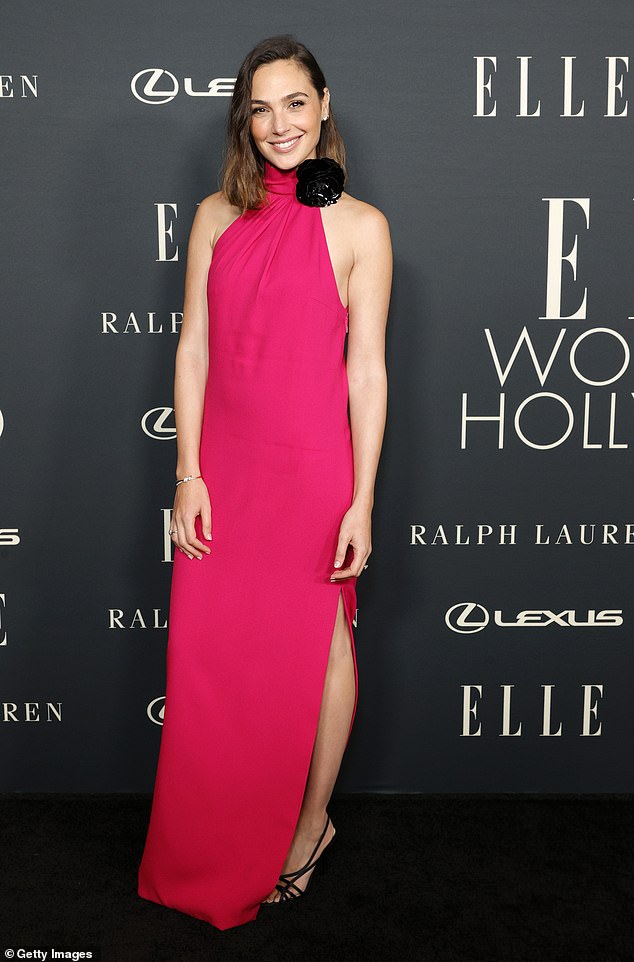 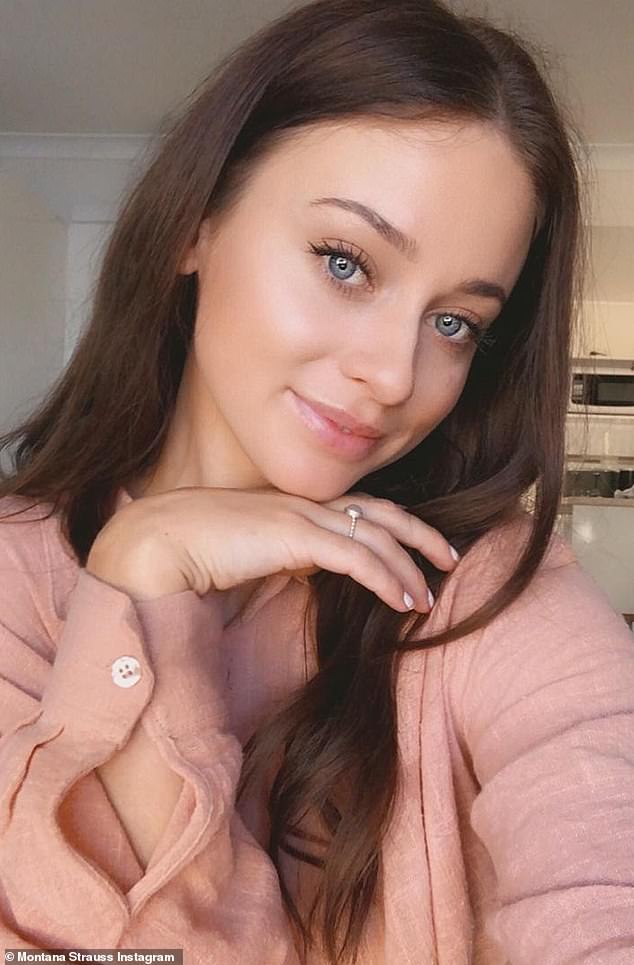