has ordered an inquiry into a prominent Muslim cleric paid by the Government to combat extremism after he told an angry crowd that Israel is a ‘terrorist state’.

The Home Secretary was responding to a Mail investigation into Imam Irfan Chishti MBE, who has played a leading role in the country’s Prevent programme designed to combat radicalisation since 2013.

His company, Me and You Education, gives training to the police, the and in schools on how to spot extremists and neutralise radicalisation. On its website, Mr Chishti says that his goal is to heal divisions between communities.

But this newspaper has obtained a video of him addressing a crowd of hundreds at a rally in Rochdale eight days ago to support Palestinians.

The audience responded with cheers and chants as Mr Chishti described non-Muslims at the Al-Aqsa mosque in Jerusalem as ‘vile human beings’ who were ‘desecrating’ it.

Imam Irfan Chishti MBE addressed a crowd of hundreds at a rally in Rochdale eight days ago to support Palestinians and said Israel is a ‘terrorist state’. Pictured: Mr Chishti in 2017

Demo for Palestine in Rochdale

He said he was not referring only to the recent conflict, but the ‘historic’ loss of Palestine. Under Muslim rule it had been peaceful, but Israel was ‘this terrorist state forcing terror upon our brothers and sisters’.

Mr Chishti said Muslims must be smart, adding that ‘our Jewish brethren’ are ‘a lot smarter than us’.

Mr Chishti suggested that if they wanted to become ‘mujahideen’, holy warriors, then they should emulate the Muslim general Saladin, who expelled the Crusaders from Palestine in 1187. ‘Where is the modern-day Saladin?’ he asked repeatedly.

The term ‘mujahideen’ can also mean those who engage in purely spiritual struggle.

He also praised shahids, or martyrs, saying: ‘We ask you Allah that you accept every single shahid who has given their life for Palestine.’ Militant groups such as Hamas use this term both for civilians and those killed as suicide bombers or in combat. 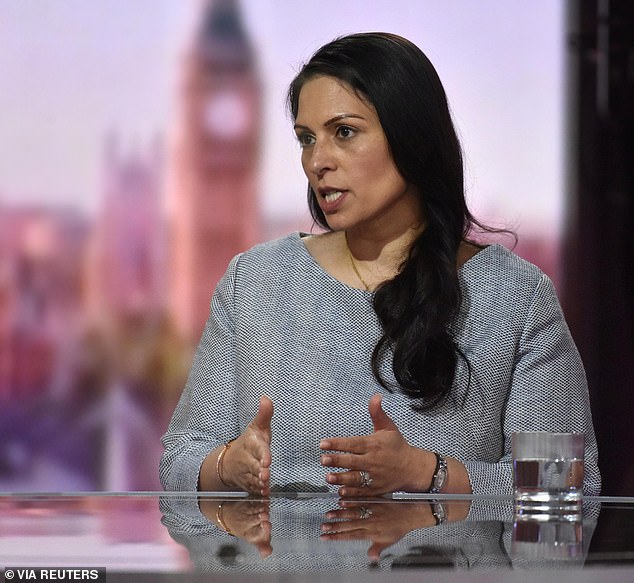 Miss Patel ordered the inquiry after the Mail showed a transcript of Mr Chishti’s speech to Home Office counter-terrorism officials. The probe has been endorsed by Downing Street.

A Home Office spokesman said: ‘These comments are completely unacceptable and risk damaging community relations and undermining Prevent’s important work. We have launched an urgent internal investigation and will take appropriate action.

‘There is no place for hatred in our communities and anti-Semitism will not be tolerated.’

Home Office sources say Mr Chishti’s Prevent role will now be reviewed. Yesterday, he issued an extraordinary apology. The cleric was a member of the Government’s Task Force on Tackling Extremism, whose 2013 report warned that ‘it is often too easy for extremist preachers to spread extremist views which can lead people into terrorism’.

He says that through his company he is ‘part of the solution’, and he has been a Prevent partner since 2013. He got his MBE for services to Muslim communities in 2009.

An official Prevent catalogue says his firm fights radicalisation. For up to £1,500 a day it will ‘present some counter-narratives to extremist ideologies’.

His speech caused dismay among Jewish organisations, who pointed out that police say the conflict between Israel and Hamas that ended in a ceasefire on Thursday appears to have provoked a surge in anti-Jewish incidents.

Extremism expert Dr Alan Mendoza, executive director of the Henry Jackson Society think-tank, welcomed the Home Office inquiry, saying: ‘Provocative comments like these are the very antithesis of what Prevent is supposed to be about.

‘Nobody who makes incendiary speeches that inflame community tensions and damage social cohesion in the UK should be allowed anywhere near this programme.’

Yesterday Mr Chishti said: ‘Reading my speech from the protest back in print, really jolted me, and whilst my objective was to encourage the expression of opinions within democratic and lawful norms, upon reflection I recognise that I could have chosen better and less equivocal words for communicating that message.

‘Some of my words reflect a clear error of judgment, in the heat of the moment and do not reflect my sentiments or the sentiments of the audience.

‘I now appreciate that my ill-chosen words will have caused offence and hurt to the Jewish community and I tender my most profound apologies.’ Kate Garraway shares emotional moment with wife of man who, like Derek, remains in hospital 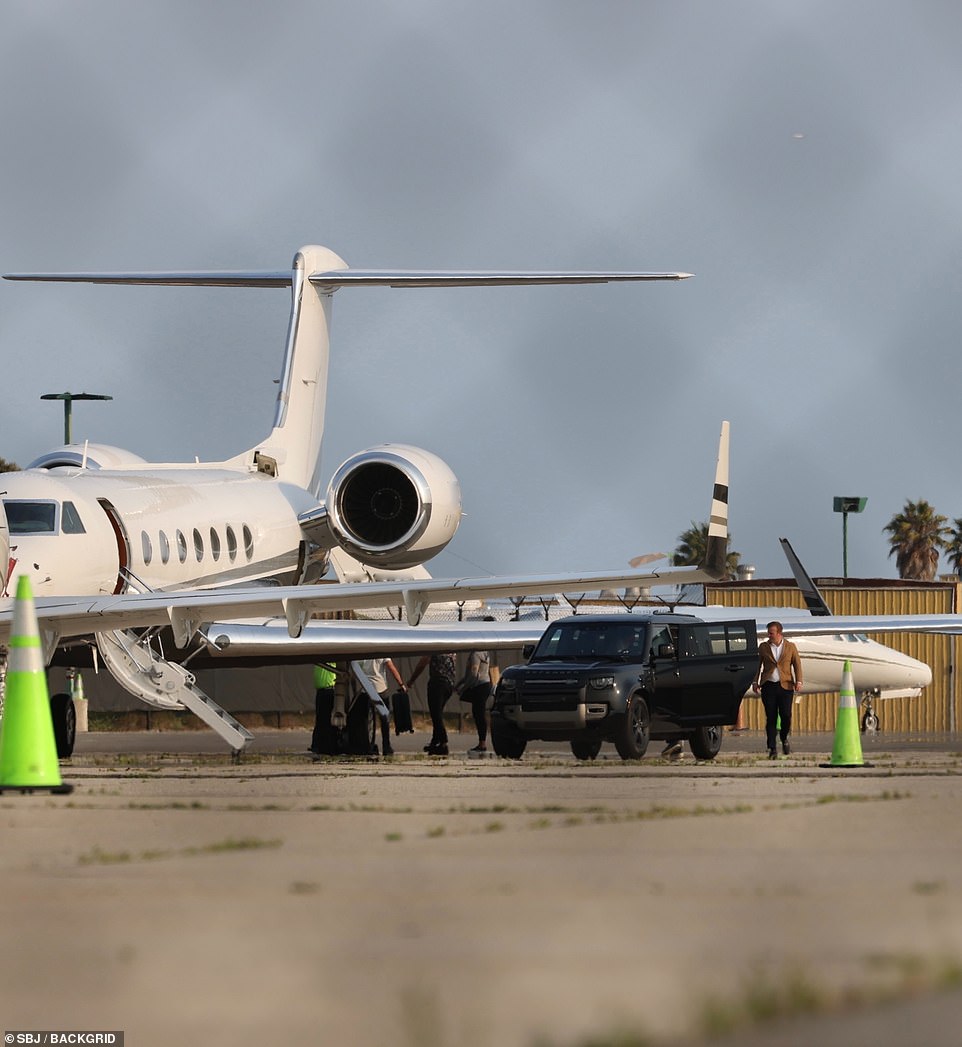 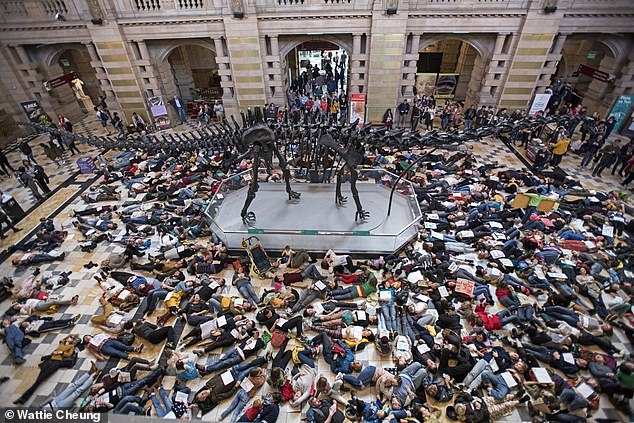 Why is BBC a pulpit for eco-fanatics and their doomsday climate cult? 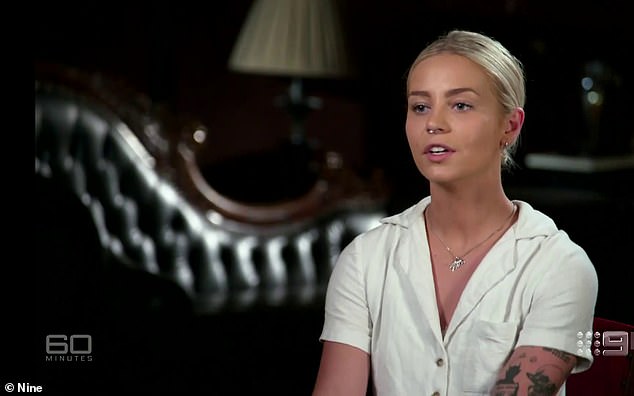 The dark side of OnlyFans: Teen girl has her Instagram pictures targeted by online criminals 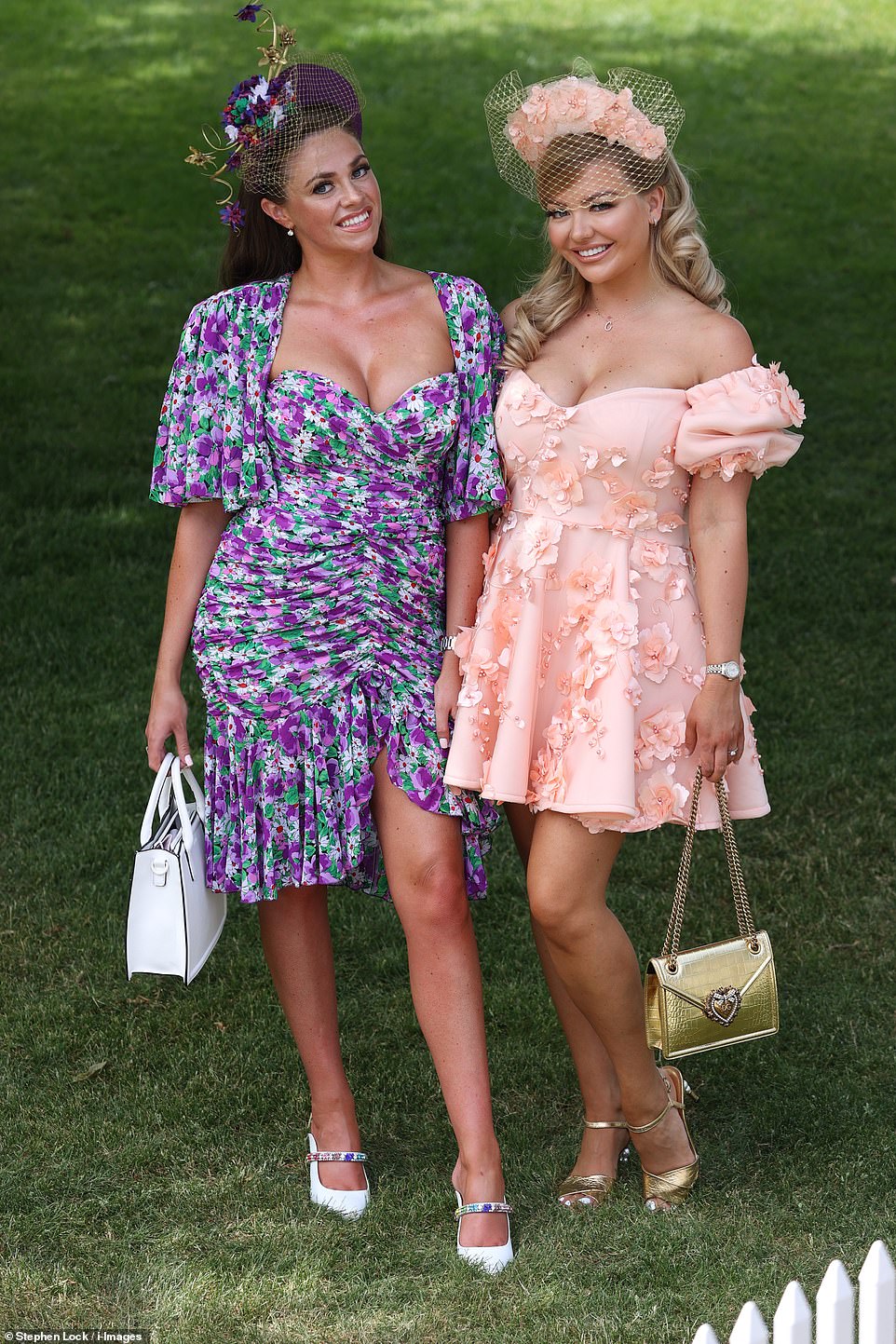 Ladies set a glamorous tone as they join 12,000 other revellers at Royal Ascot 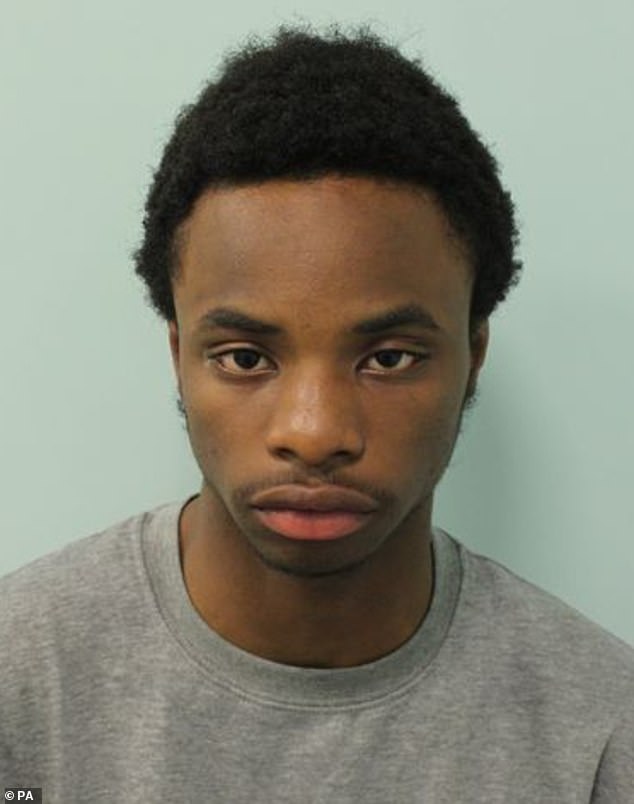