enjoyed a weekend filled with good food and even better company as she stepped out for brunch with mom Goldie Hawn and her longtime partner Kurt Russell.

The 42-year-old actress was seen dining with the Hollywood vets at Porta Via in the posh Pacific Palisades neighborhood of on a sunny Saturday.

Hudson also had kids Rani, two, and Ryder, 17,  by her side and after brunch the family traveled to a nearby park with partner Danny Fujikawa to watch son Bingham, nine, play little league baseball. 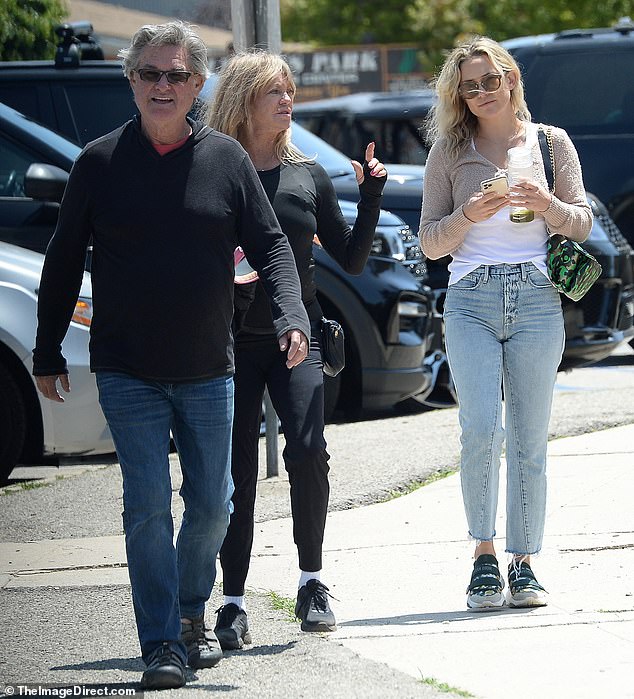 For the action packed day the Almost Famous actress slipped her frame into blue jeans with a white tank top and cropped nude cardigan.

She opted for comfort as she wore a pair of turquoise accented sneakers and carried a colorful patterned purse and a green juice.

Kate went au-natural as she showed off a fresh face and her natural blonde waves while hiding her eyes beneath a pair of sunglasses.

And Goldie, 75, exuded lots of charisma as she led the conversation at brunch in black workout attire and brought along a pink visor for sun protection. 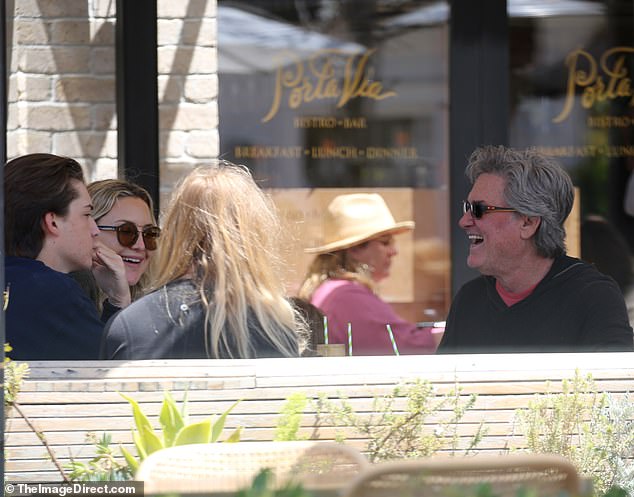 Brunch bunch: The family was seen dining al fresco at Porta Via in the Pacific Palisades 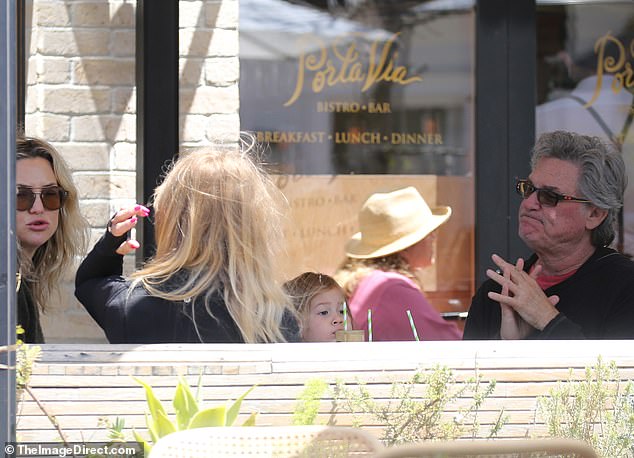 Catching up! The conversation looked to be flowing as they all put on animated displays

Her partner of nearly 38 years, Kurt, 70, kept cool in blue jeans and a lightweight black hoodie as they all dined al-fresco on a bright California day.

After chowing down they made their way to a local park to watch son Bingham tear up the baseball field in a New York Yankees uniform.

Fujikawa was seen doting on the budding athlete as he strolled behind him in grey sweatpants and a crew neck with a baseball cap.

Kate shares her two sons with former partners Chris Robinson and Muse’s Matt Bellamy. She and Fujikawa began dating in 2016 and together they share daughter Rani. 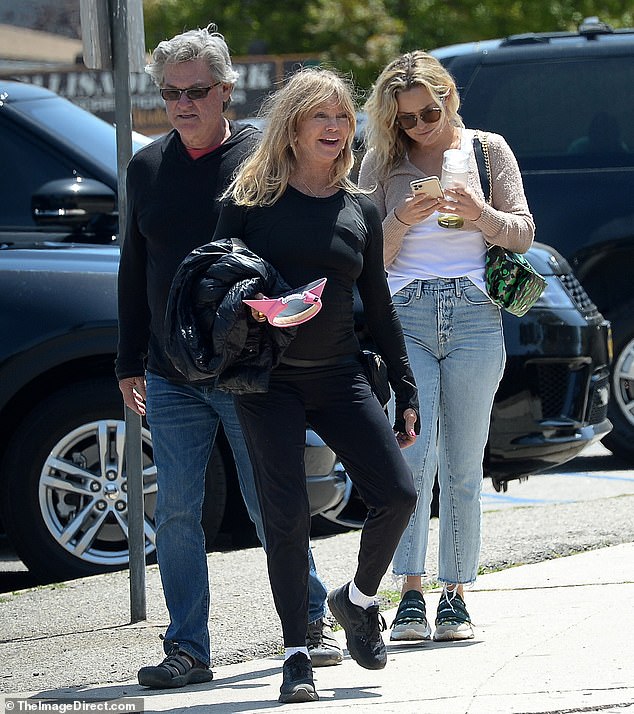 Energetic squad: Goldie was seen looking very enthused as she made her way to the baseball game 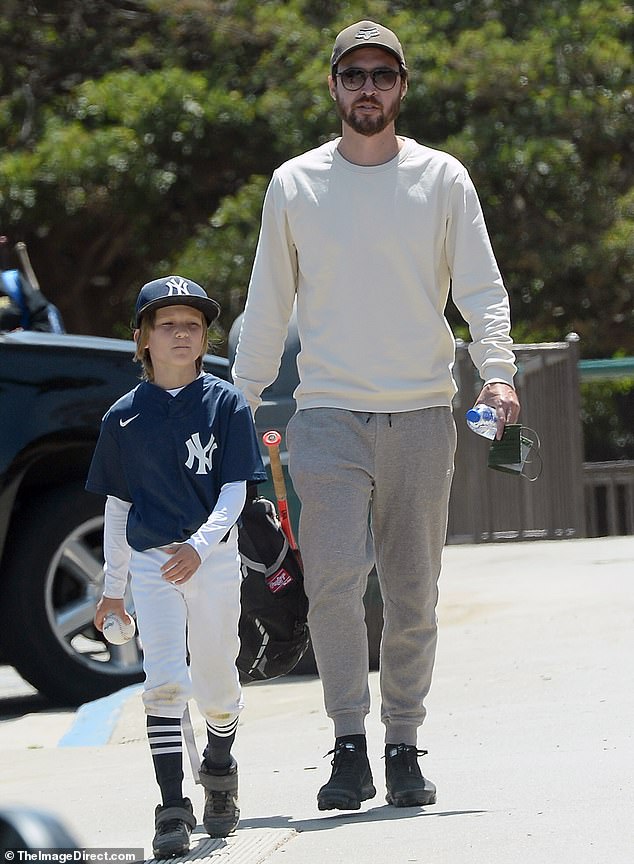 Ready for the big leagues? Fujikawa was seen doting on the budding athlete as he strolled behind him in grey sweatpants and a crew neck with a baseball cap

The Fabletics designer has had a bustling weekend of social plans including dinner with Hawn and Russell at Giorgio Baldi and an appearance at Kendall Jenner’s 818 tequila launch.

Perhaps celebrating some exciting career news, just days ago it was revealed that Kate would be joining the star studded cast of Knives Out 2, led by Daniel Craig.

Per the Hollywood Reporter she is set to join newcomers including Leslie Odom Jr., Kathryn Hahn, Janelle Monáe, Dave Bautista and Edward Norton in the second installment of the franchise.

And on Sunday the How To Lose A Guy In 10 Days actress seemed to tap longtime friend Baron Davis as babysitter, as she shared a photo of the former NBA star playing with Rani in her kitchen. 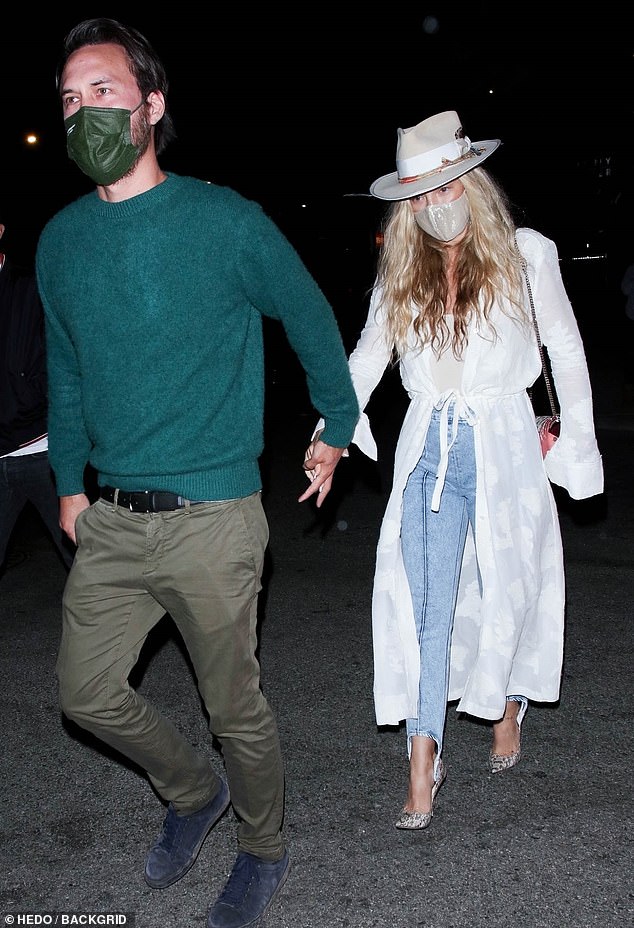 Date night: The Fabletics designer has had a bustling weekend of social plans including dinner with Hawn and Russell at Giorgio Baldi and an appearance at Kendall Jenner’s 818 tequila launch; pictured at The Nice Guy May 21 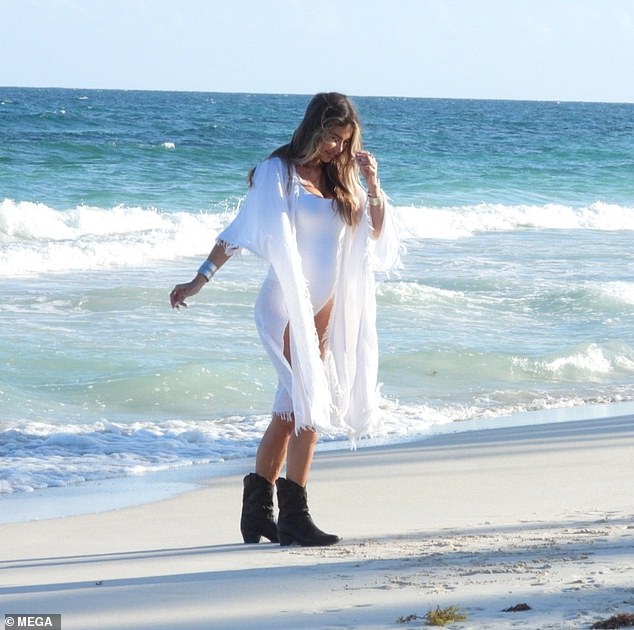 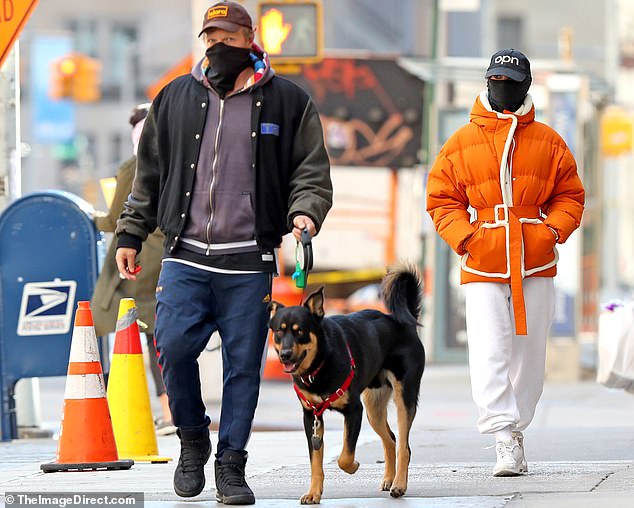 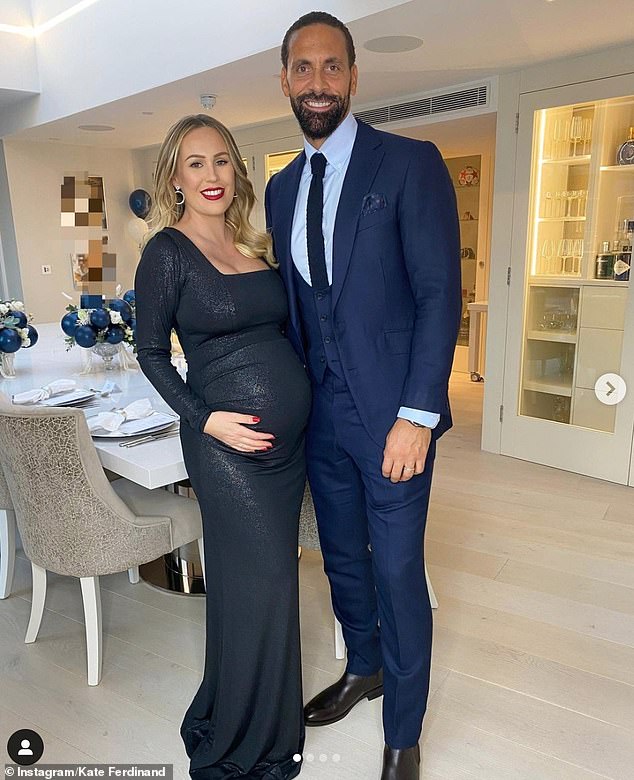 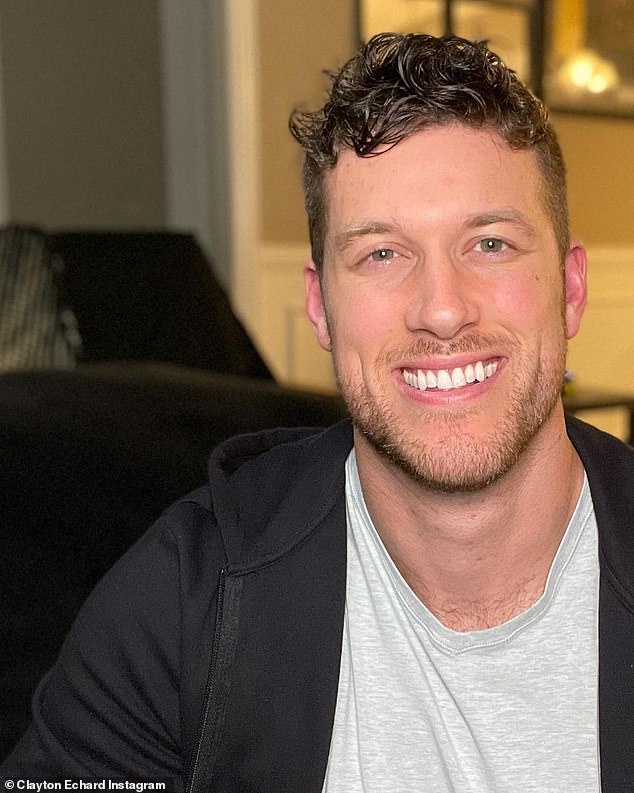 The Bachelor! Clayton Echard, twenty-eight, to look for love on top season 26 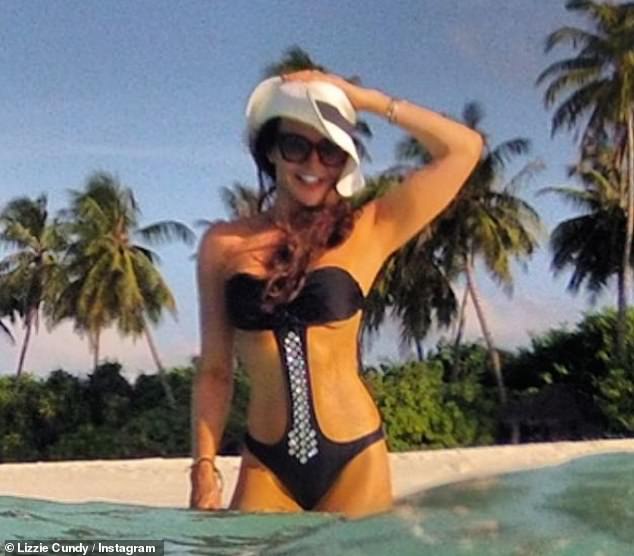 Lizzie Cundy, 52, shows off her astounding figure in a racy swimsuit when throwback snap 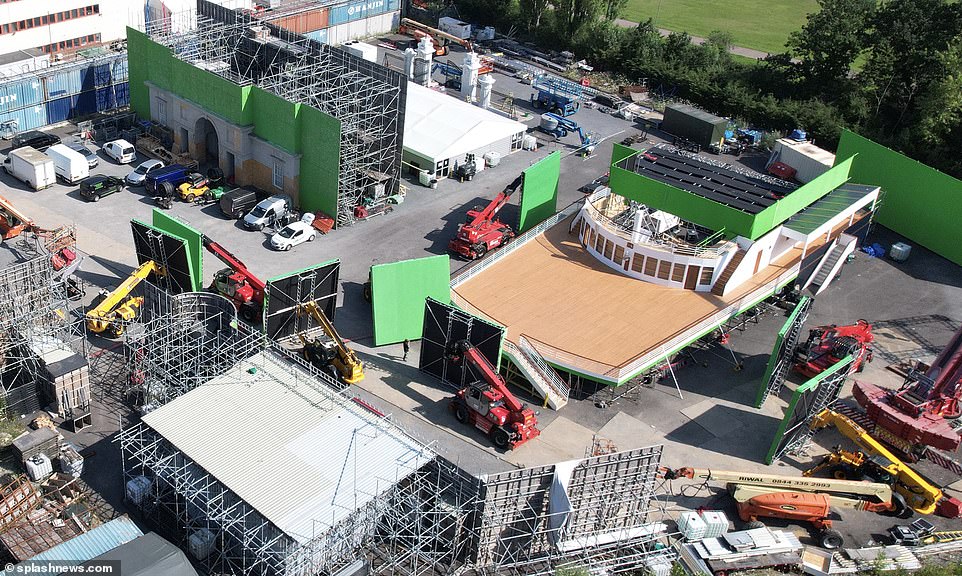 The Crown series five: Replica of the iconic Royal Yacht Britannia is built at Elstree 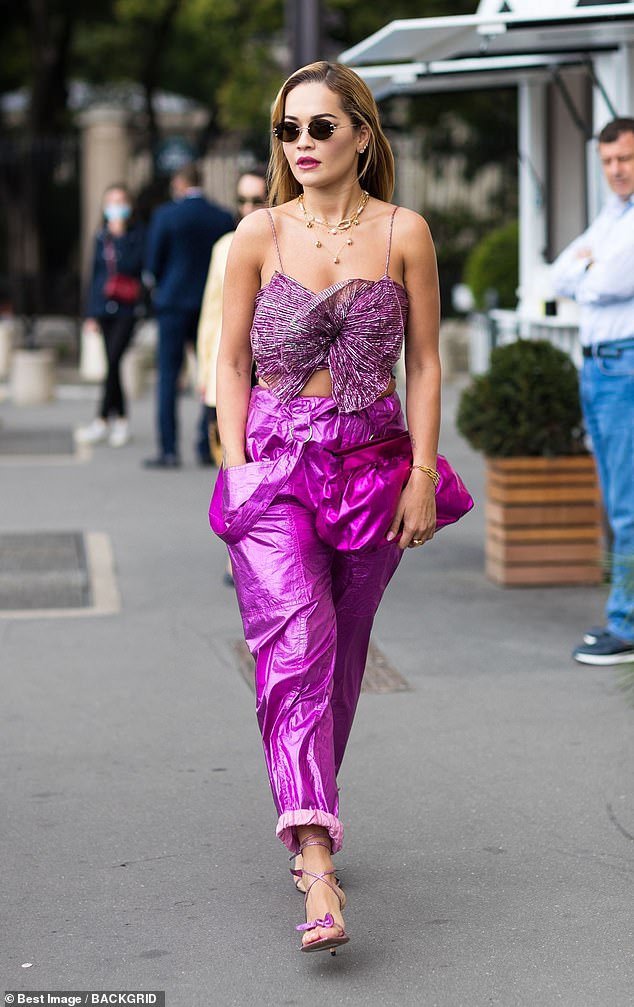 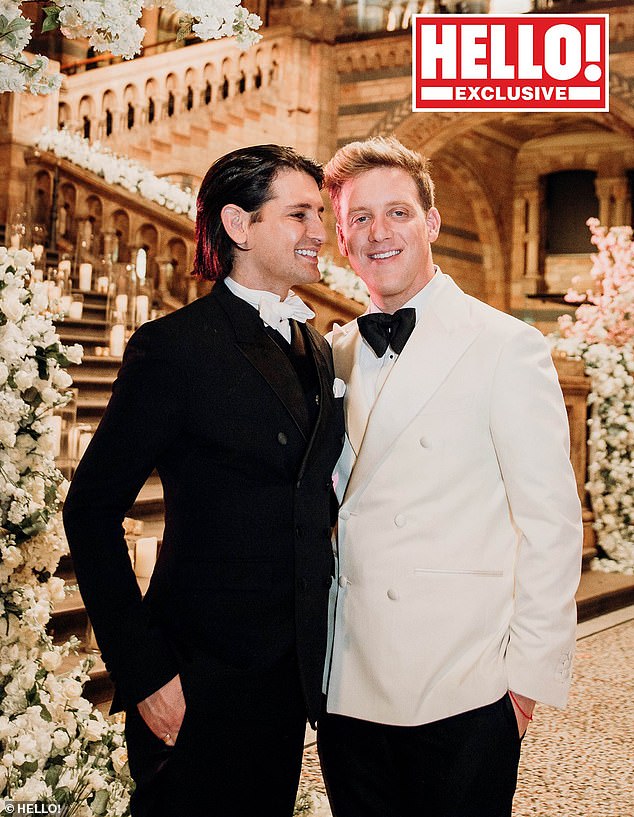