The prospect of going to Portugal this month was thrown into doubt on Thursday night as the country’s government held crunch talks on Covid restrictions.

Portugal had been expected to lift its ban on European tourists entering its borders – including UK holidaymakers – from this Sunday.

But there was confusion amid reports the ban could be extended to May 30.

It would mean Britons with holidays booked there next week – to coincide with the UK’s own travel ban being lifted on Monday – face having them cancelled.

It would also block thousands of football fans who have booked tickets for the Champions League final in Porto on May 29. 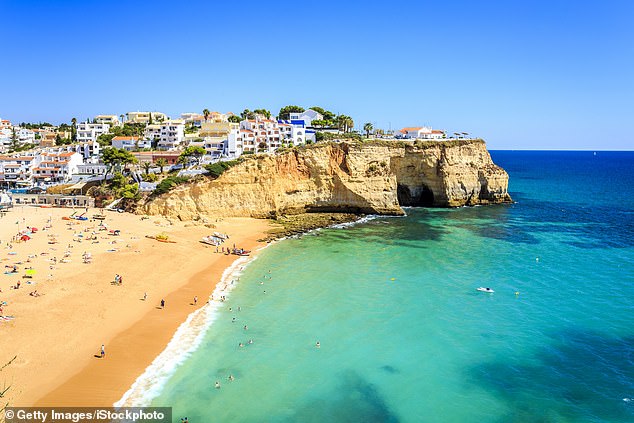 The prospect of going to Portugal this month was thrown into doubt on Thursday night as the country’s government held crunch talks on Covid restrictions. There has been a rush on flights and holiday bookings to the Algarve from next week

The match had previously been due to be held in Istanbul but was moved following talks between UK ministers and UEFA organisers after Turkey was added to England’s travel red list.

The final is between Chelsea and Manchester City and around 6,000 fans from each club planned to attend.

However, officials in Lisbon suggested the Portuguese cabinet talks about Covid concerned extending the country’s official ‘state of calamity’ and would not change the lifting of the travel ban.

They said it related to its ability to introduce emergency Covid legislation and would not include tourism, which they said was still expected to be given the green light from Sunday.

A formal announcement clarifying the situation is expected on Friday.

It came as the BBC reported that the Portuguese government will require UK football fans to fly in and out of the country on the day of the match. Fans will also have to stay in a ‘bubble’ while in the city.

The country’s cabinet affairs minister, Mariana Vieira da Silva, said: ‘They will be moved to the stadium and from the stadium to the airport, being in Portugal less than 24 hours.’

But as Portugal appears set to extend its ban on foreign entrants, a string of other European nations said they would waive restrictions for Britons who have been vaccinated, putting British ministers under mounting pressure to relax travel curbs.

, , the and Switzerland have said jabbed citizens or overseas visitors will be able to sidestep testing and quarantine measures this summer. 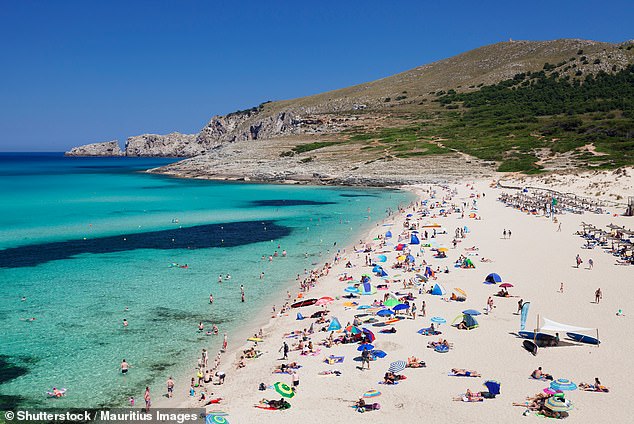 Ministers are under growing pressure to relax travel curbs after a string of European nations said they would waive restrictions for Britons who have been vaccinated. Germany, Spain (pictured), the Netherlands and Switzerland have said jabbed citizens or overseas visitors will be able to sidestep testing and quarantine measures this summer

By contrast, vaccinated Britons must follow the same onerous rules as those who have not had the jab when returning home.

However, airport officials warned of ‘border chaos’ when international travel restarts next week.

Johan Lundgren, chief executive of easyJet, said tougher rules meant ‘not only are Brits going to be beaten to the sun loungers by the Germans, Dutch and Swiss but this will leave them picking up a bigger bill for their holiday, coupled with an onerous, expensive and unnecessary testing regime for low-risk countries.

‘We don’t want Britons to be left behind in the race to the sun when the huge success of our vaccination programme does mean travel can safely reopen.’

Tim Alderslade, of Airlines UK, said: ‘The UK will rapidly fall behind the rest of Europe unless it looks again at its overly cautious approach to international travel.

‘There is no reason why our green list can’t be expanded to include the US and the most popular European hotspots, or for the UK not to follow the EU’s lead in exempting vaccinated travellers from restrictions.’

Just 12 destinations are on the green list. Holidaymakers do not have to quarantine on return but must take two tests, one before and one after travelling.

Travellers to amber countries must take three tests in total and self-isolate for ten days on return.

On Wednesday the Netherlands said vaccinated travellers to and from countries it designates green or yellow can sidestep testing and quarantine rules.

And Spain has said all Britons would be welcome this summer if our infection rates stay low.

Tory MP Henry Smith, chairman of the parliamentary cross-party Future of Aviation group, said: ‘Our aviation and travel industries will be vital to our economic recovery, and placing them at a competitive disadvantage to our competitors makes no sense whatsoever.

This must be considered at the highest levels of Government ahead of the first review point.’

It came as Heathrow officials raised concerns about whether Border Force was equipped to deal with the expected surge in passengers as more countries join the green list later this summer.

The airport has seen seven-hour queues despite just a fraction of pre-pandemic passenger arrivals.

All Covid paperwork is checked manually, meaning it can take 15 times longer to process people.

Travel chiefs said reopening e-gates and integrating them with passenger locator forms, which each traveller must fill out, was crucial to avoid lengthy delays.

‘The Government does need to resource and automate some of these checks so the technology and e-gates can speed things up.’

A Home Office spokesman said: ‘To protect public health, queues and wait times are expected to be longer as it is vital that thorough checks are undertaken.’

Package holiday firms have been warned against any repeat of the refunds fiasco of last year.

Many firms failed to pay proper refunds within the legally required 14 days after overseas travel was banned by the Government.

The Competition & Markets Authority stepped in last year and made sure that five major holiday companies paid more than £200million in refunds.

And it has now written to 100 of the biggest package holiday firms putting them on notice that they must not let customers down again this year.

Transport Secretary Grant Shapps has paved the way for a resumption of foreign holidays – but the situation remains fluid and the emergence of new variants could see travel plans cancelled.

The CMA’s letter reminds the firms of their legal obligations and of the need to ensure refund options are clear and accessible. 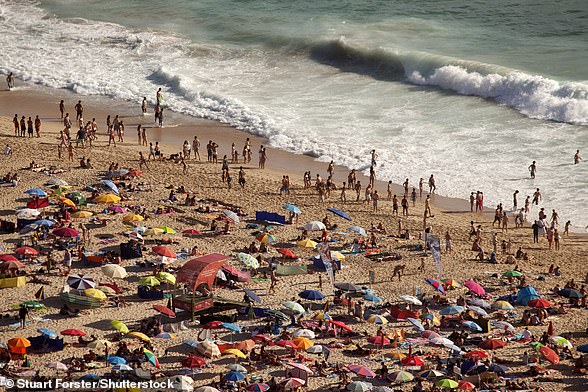 Package holiday firms have been warned against any repeat of the refunds fiasco of last year. Many firms failed to pay proper refunds within the legally required 14 days after overseas travel was banned by the Government

The rules state that trips cancelled by holiday companies must be refunded within 14 days under the Package Travel Regulations.

Any offer of a refund credit note must be accompanied by the option of a full refund and customers should be able to exchange their credit note for a refund at any time.

People also have a legal right to a full refund where they decide to cancel because unavoidable and extraordinary circumstances at the destination significantly affect the holiday they have booked or their travel there.

This would apply if the Foreign Office advises against travel to the package holiday destination.

Andrea Coscelli, chief executive of the CMA, said: ‘We want to make sure people are fully aware of their refund rights, so they can make informed choices about booking a holiday.

‘We’ve secured millions in refunds for people… and now we’re calling on package holiday companies to make the refund process less hassle in the future.’ 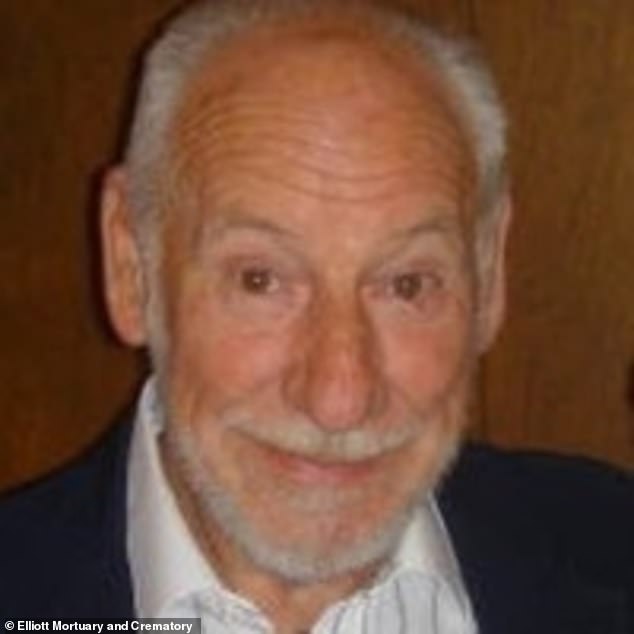 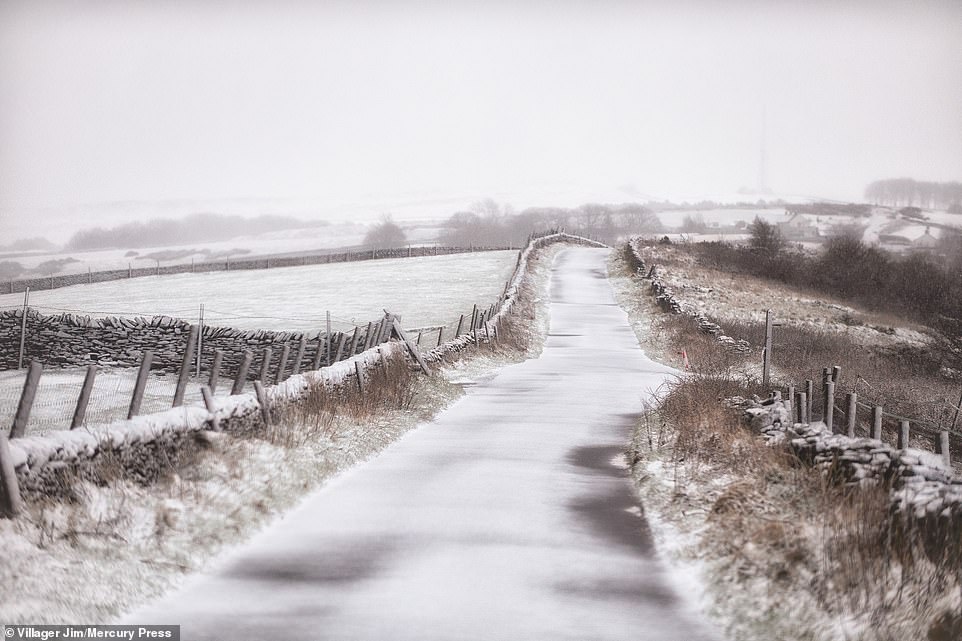 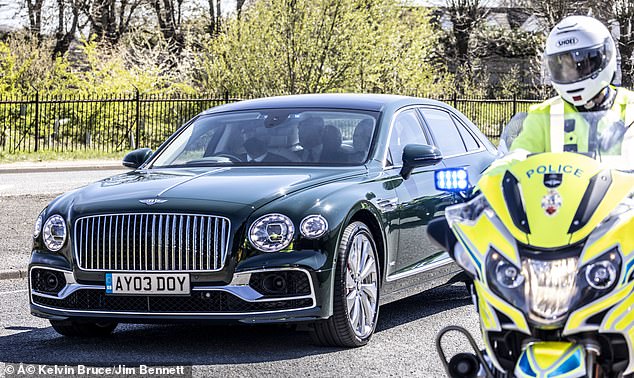 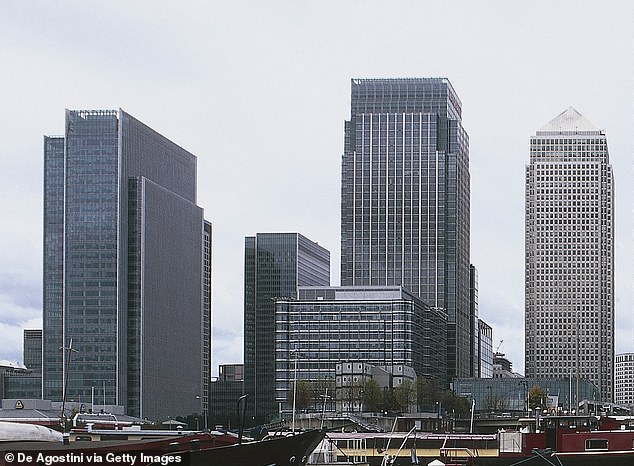 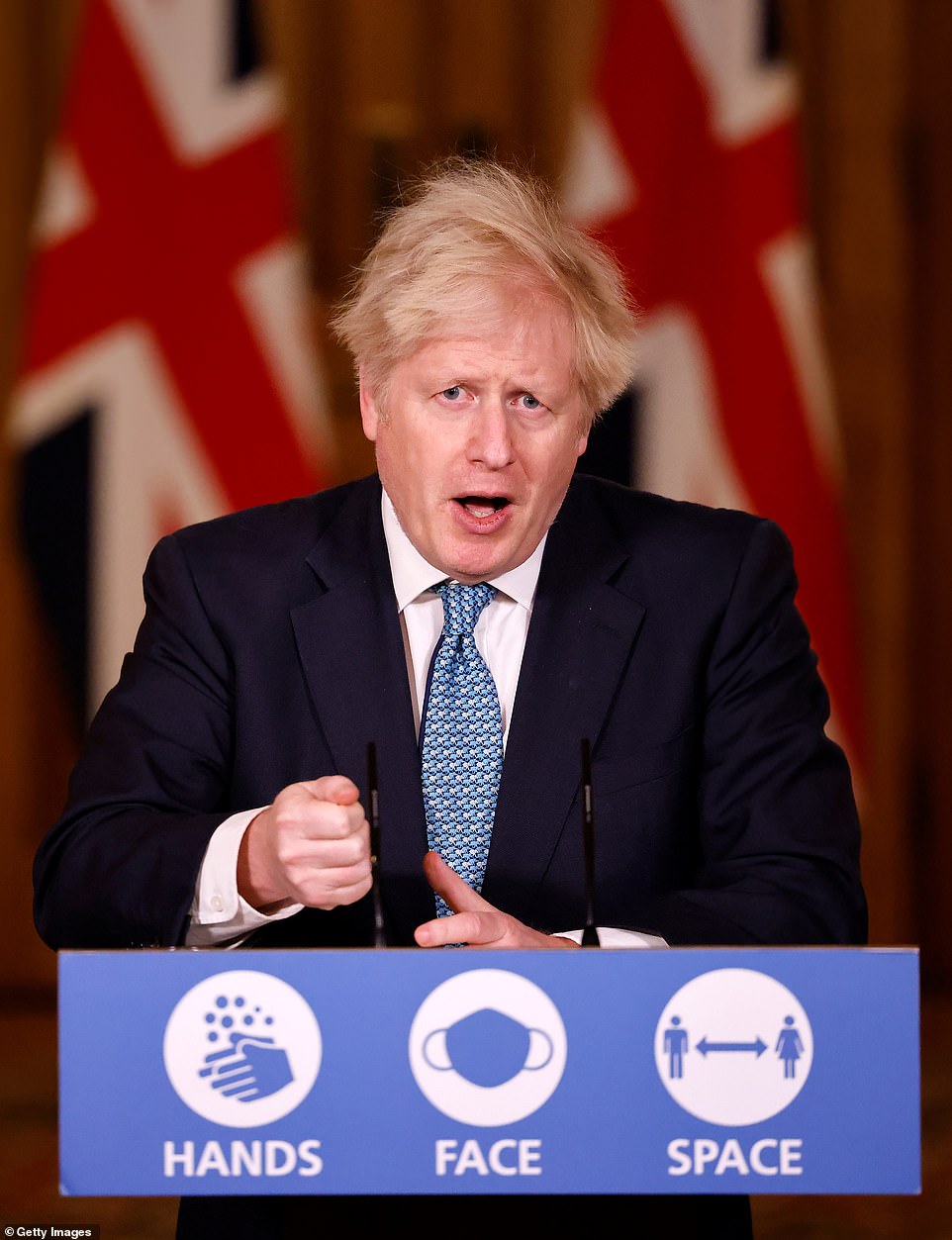 The most DANGEROUS places to live in England and Wales 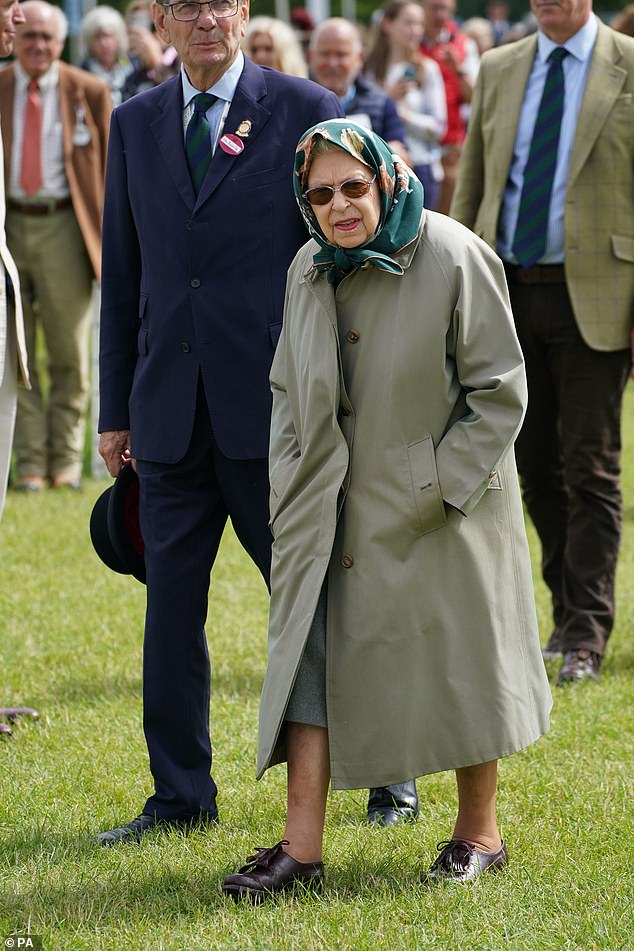 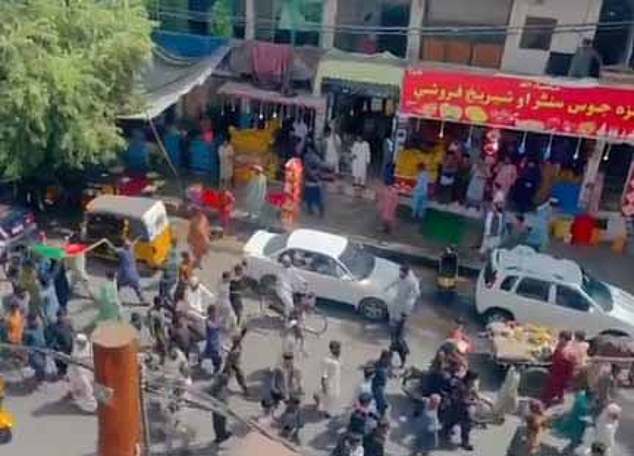