Cat Deeley has admitted that she never thought she would ‘crack’ America due to her appearance after refusing surgery when she first began working in Hollywood.

The TV presenter, 44, who moved back to last year following 14 years in the States, candidly discussed being judged critically on her appearance across the pond.

According to the mother-of-two, she was told to consider getting a nose job after she landed a host position on So You Think You Can Dance in 2006. 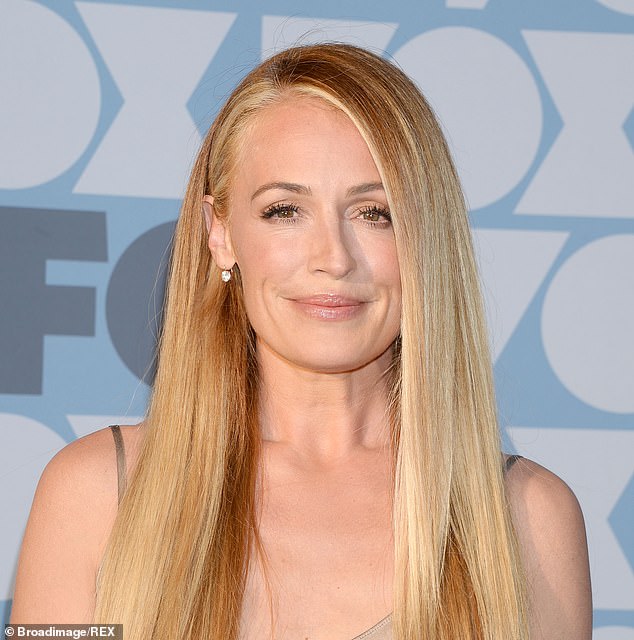 ‘I’ve still got no boobs and a nose that goes that way’: Cat Deeley has admitted that she never thought she would ‘crack’ America due to her appearance after refusing surgery when she began working in Hollywood (pictured in 2019)

Speaking to The Sunday Telegraph’smagazine about the pressure to live up to beauty standards, she said: ‘I’ve still got no boobs and a nose that goes that way.’

‘When it comes to stuff like that, you’re asking the wrong woman,’ Cat added of her decision to refuse surgery. She also stated: ‘I never thought I was going to crack America.’

However, one positive habit that the star has taken back to the UK after living in Los Angeles is yoga, as she said ‘it clears my mind and lengthens everything’.

Cat decided to return to her home country with her husband Patrick Kielty, and their sons, Milo, four, and James, two, in 2020. 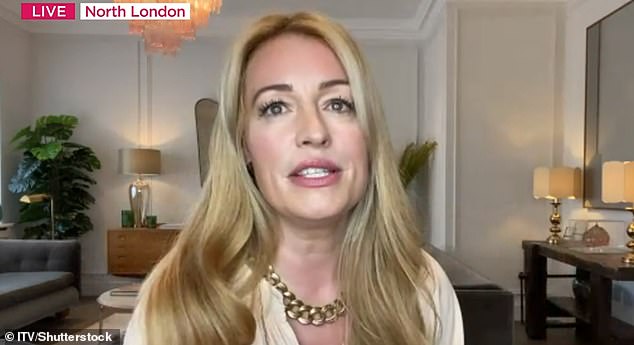 Judgement: The TV presenter, 44, who moved back to London last year following 14 years in the States, candidly discussed being judged critically on her appearance across the pond

In November, the TV host – who is set to reunite with Ant McPartlin and Declan Donnelly for a revival of SM:TV skit Chums – discussed the ‘terrifying’ reason she decided to move back.

The television presenter revealed her fear of gun violence, as she touched upon the gut-wrenching moment her husband, 49, and their eldest son narrowly avoided a public shooting incident.

She described the event at the Century City Mall as the ‘catalyst’ for their departure.

Speaking to Lorraine Kelly from her north London home, Cat said: ‘The catalyst for it was definitely a moment when Paddy called me and him and Milo were stuck in a shopping mall there.

In a previous interview with YOU Mag, the former SM:TV host discussed her anxiety surrounding a possible school shooting when her kids begin their education.

Her fear became a reality when her family had to escape the mall shooting, as she elaborated further on the incident.

She said in September: ‘That danger became even more real last summer when Milo and his father went to the Century City Mall in LA after morning nursery. 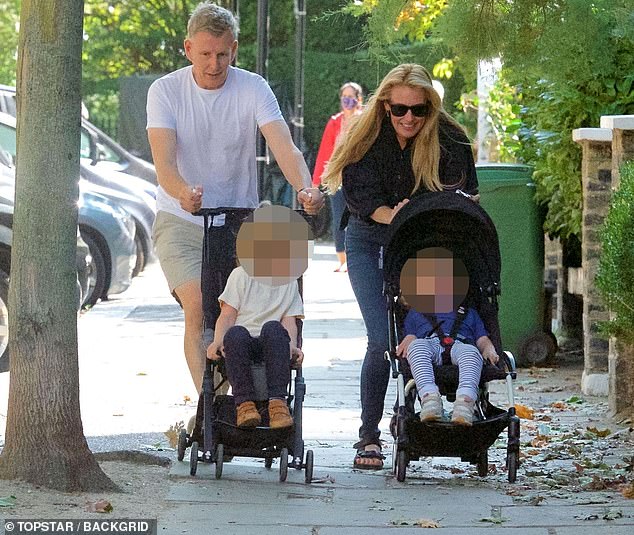 Scary: In November, Cat detailed a public shooting incident involving her husband Patrick Kielty, and eldest son, Milo, four, which influenced her decision to return to the UK (pictured in 2020)

‘The FBI turned up with guns and ordered everyone to take cover under counters or hide because a shooter was on the loose.’

Patrick and Milo were forced to take cover in a Shake Shack kitchen when they first discovered a gunman had entered the building.

Cat said her husband was trying to keep their son calm so he didn’t understand the danger and enormity of the situation.

She added: ‘They shut down the centre. I got a call from Paddy, saying, “They’re taking us out through the fire exits but nobody can get to their car. If we walk to a junction, can you come and get us?”

‘It was terrifying. Paddy was shaken by it, more than Milo, who was hot and cranky but didn’t properly understand.’

Luckily, they managed to escape the scary event unharmed, and Cat is focused on spending quality time with them and her extended family, which also prompted her decision to move back to London.

She also said to Lorraine: ‘We had always thought, our boys have got grandparents, aunts, uncles, cousins that they adore and they adore them right back.

‘It’s such a special moment in time and you don’t get those times back. We had always thought we would bring them back here so that they would know everyone in the family and friends.’ 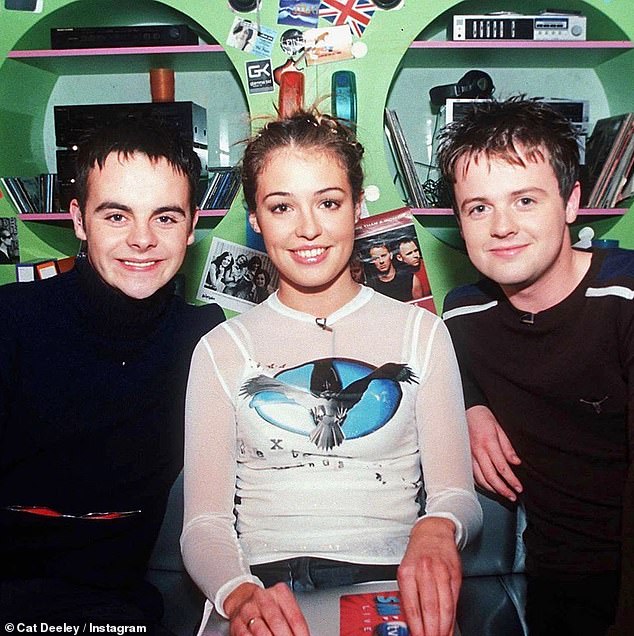 Throwback: Cat recently revealed that she is set to reunite with Ant McPartlin (left) and Declan Donnelly (right) for a revival of SM:TV skit Chums 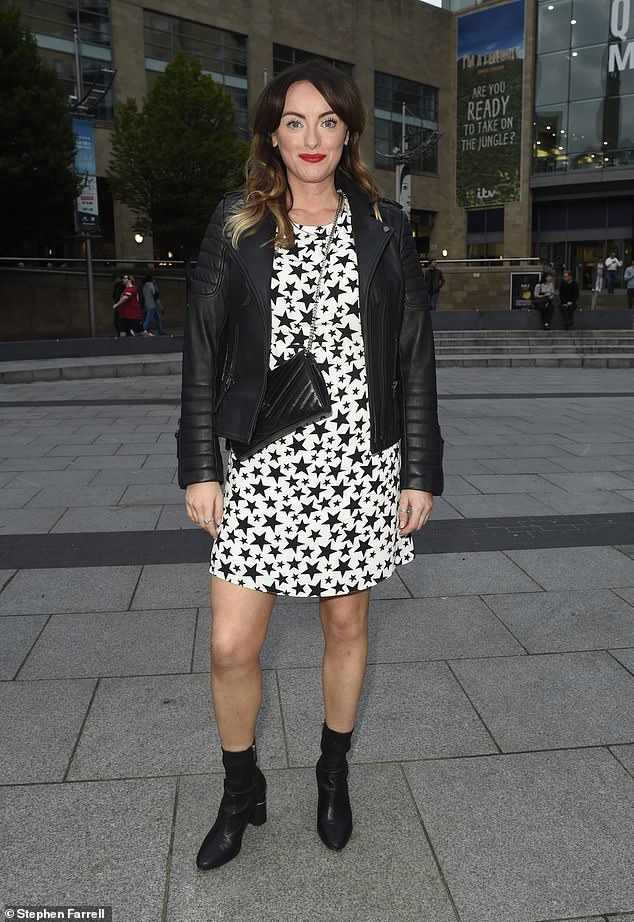 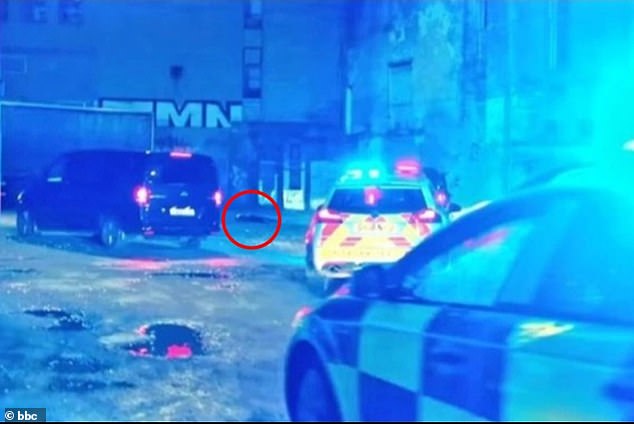 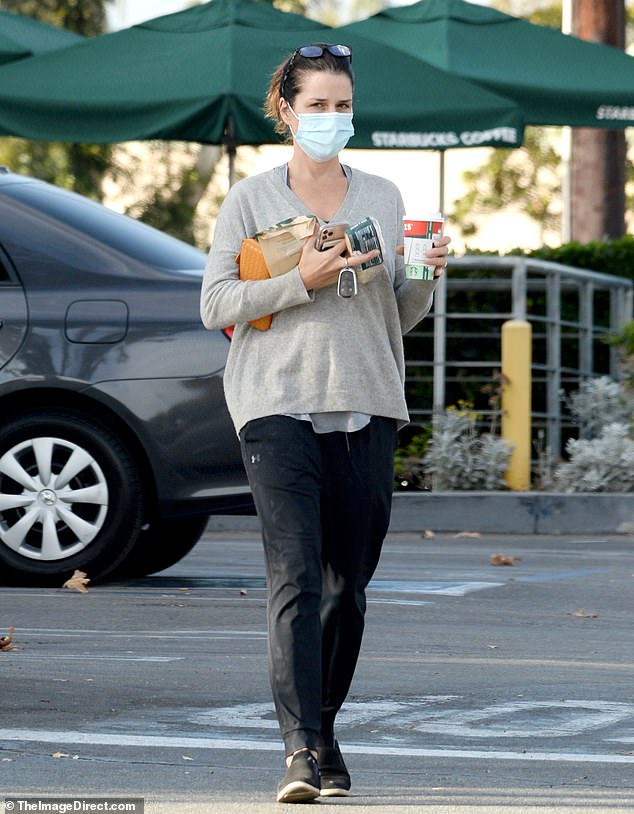 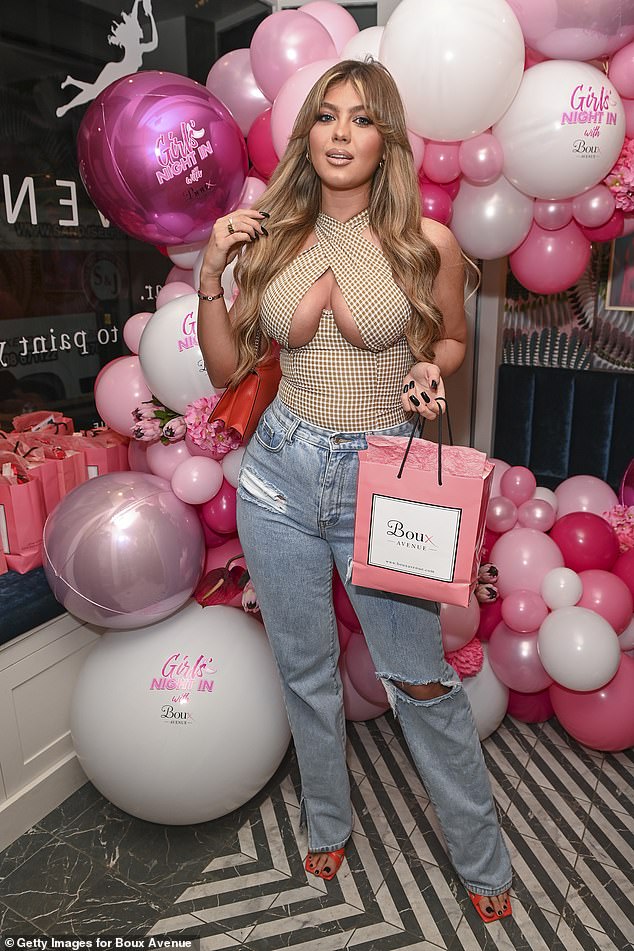 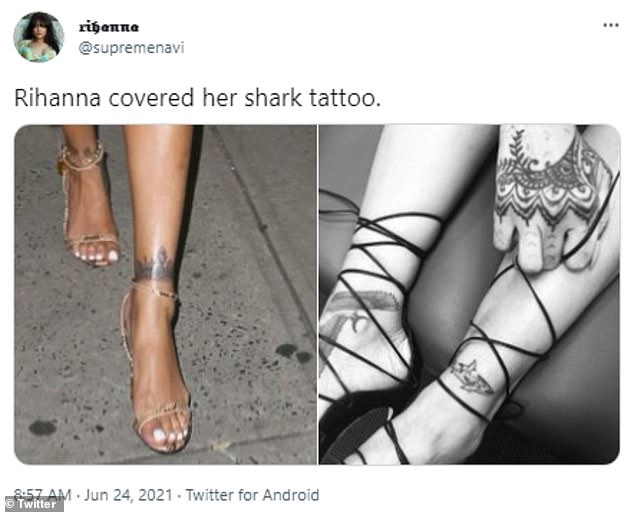 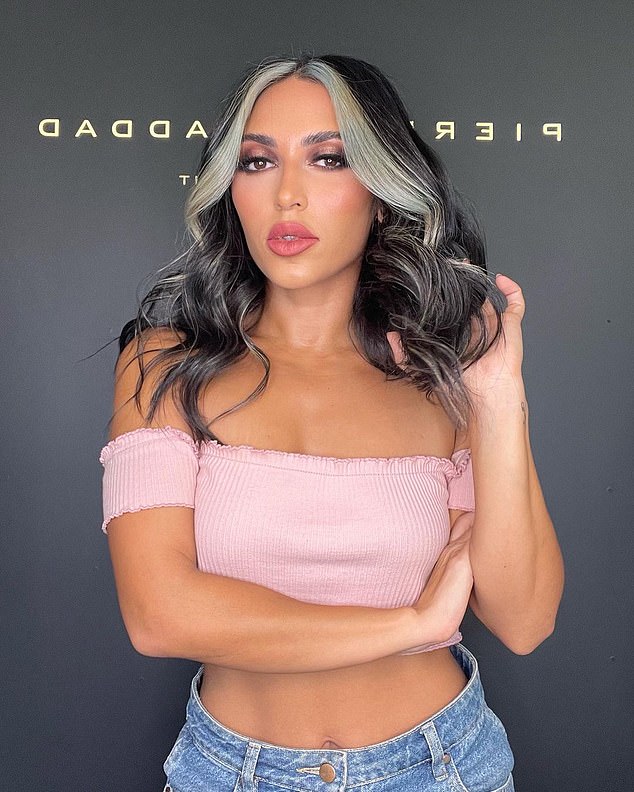 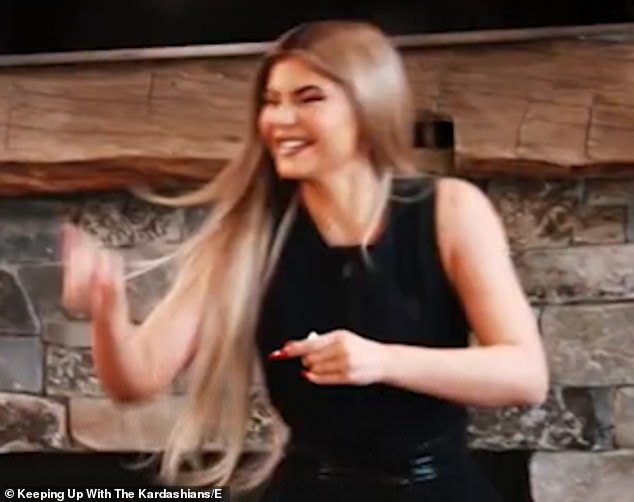 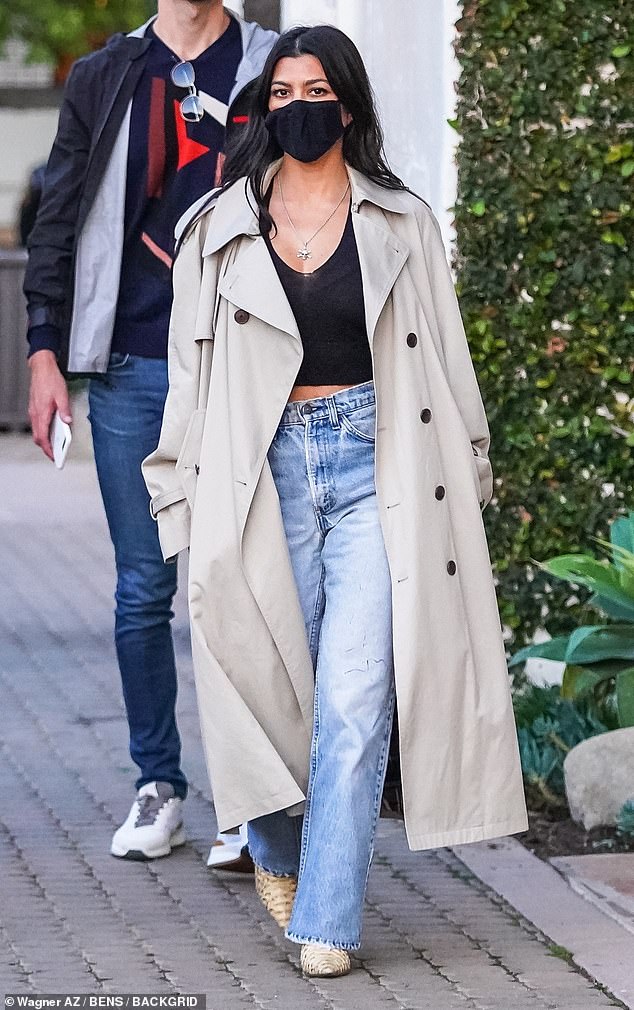