Joseph Baena took to social media to reveal he has switched up his career and become a realtor – and quickly followed the announcement up with a gym selfie.

The son of Arnold Schwarzenegger, 23, took to Instagram on Tuesday to publish the smart selfie announcing the change in his lifestyle.

Holding a clipboard in one hand and pointing towards a property in the background, the bodybuilder wrote about his new role. 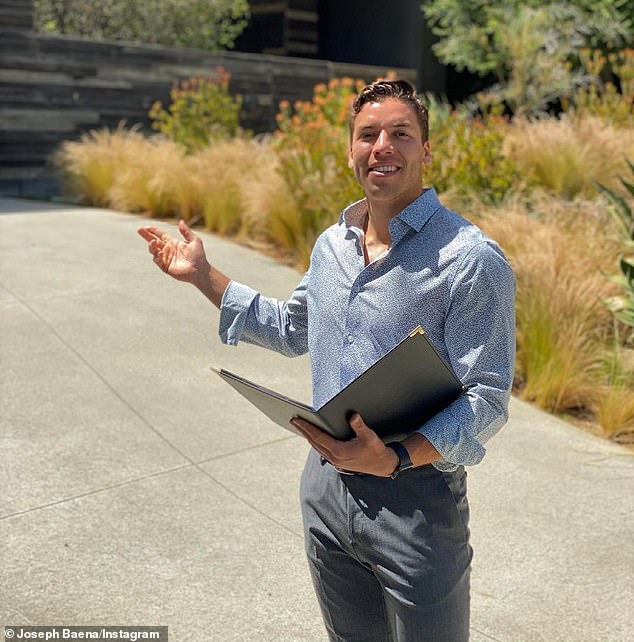 Model professional! Arnold Schwarzenegger’s son Joseph Baena looked smart as he announced his new career as a realtor on Instagram on Tuesday 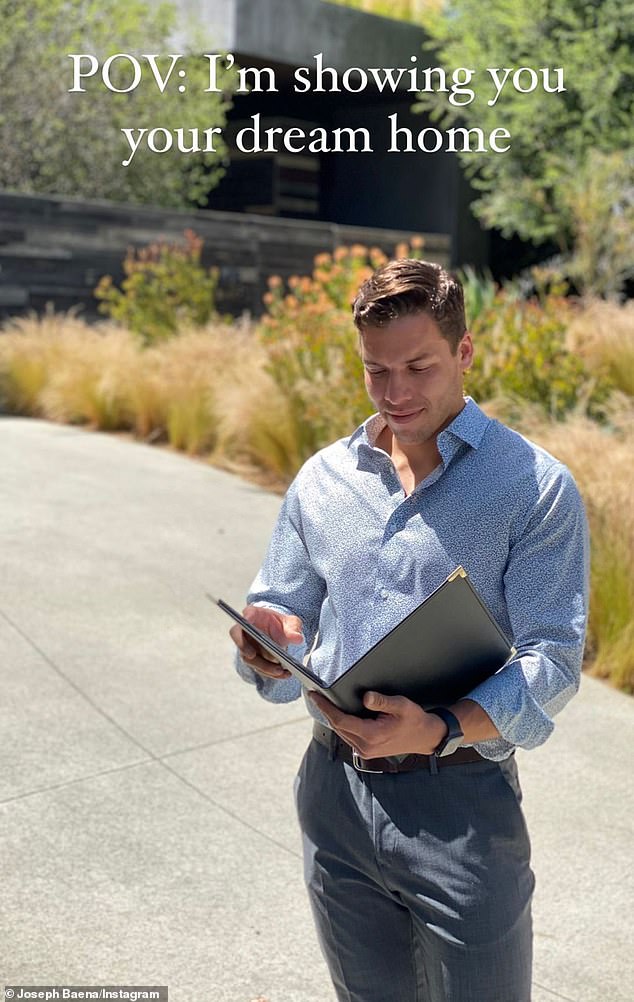 Concentration: With a clipboard in hand and standing in front of a show house, Joseph looked every inch the realtor as he stood in a smart suit and trousers 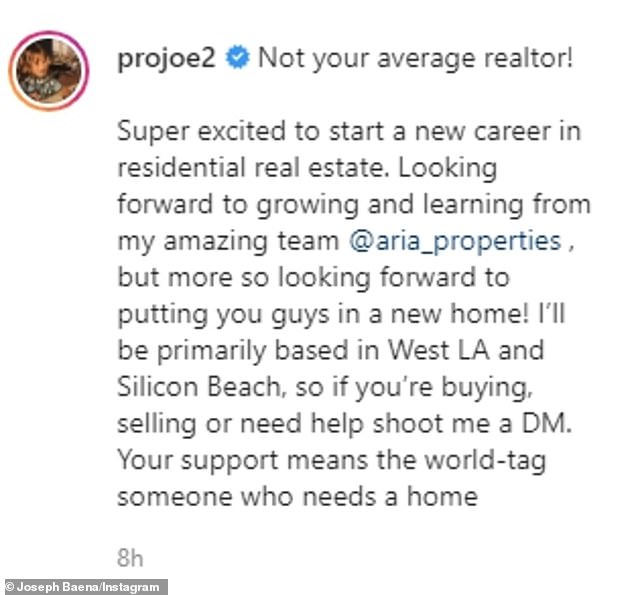 Not your average realtor!  Joseph described how excited he was to be starting his new career in West Los Angeles on his Instagram post

In the photo, Joseph wore grey suit trousers and a blue and white specked shirt with the sleeves rolled slightly up his forearm.

On his left wrist, he wore a watch with a black strap.

The post was published alongside the caption: ‘Not your average realtor!

‘Super excited to start a new career in residential real estate. Looking forward to growing and learning from my amazing team @aria_properties, but more so looking forward to putting you guys in a new home! 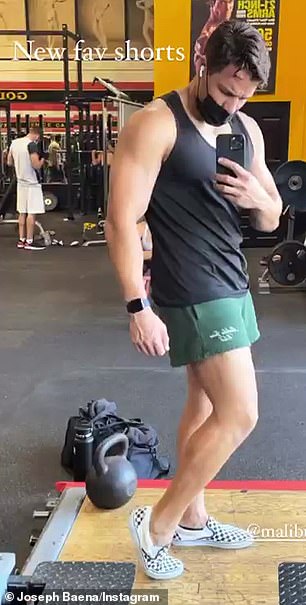 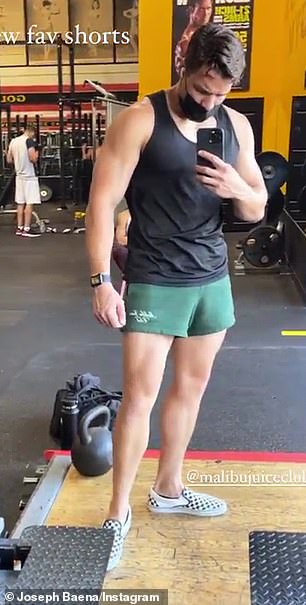 Leg day: Only an hour later, Joseph posted again on his Instagram, this time sharing a video of him at the gym, flexing his muscles

‘I’ll be primarily based in West LA and Silicon Beach, so if you’re buying, selling or need help shoot me a DM.

‘Your support means the world-tag someone who needs a home.’

Only an hour later though, Joseph sent his fans into another frenzy after posting a story on his Instagram page as he posed at the gym.

The hunk had ditched his formal outfit for a more relaxed workout ensemble as he hit the gym. 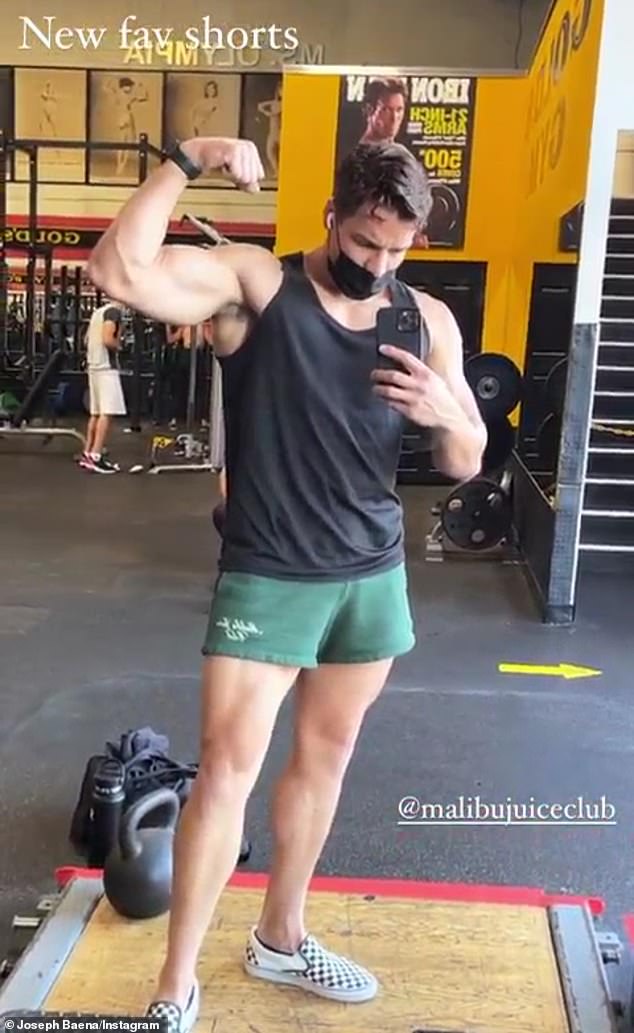 Impressive! At the end of his Instagram story, Joseph holds up his arm and flexes his bulging bicep in front of a mirror

Posing in front of a mirror, Joseph wore a black vest, checkered Vans sneakers and a tiny pair of green shorts.

A smart watch was also visible on his wrist, while a wireless earphone could be seen in his ear.

He then held his arm up and flexed, sending his fans into a frenzy as he showed off his bulky biceps. 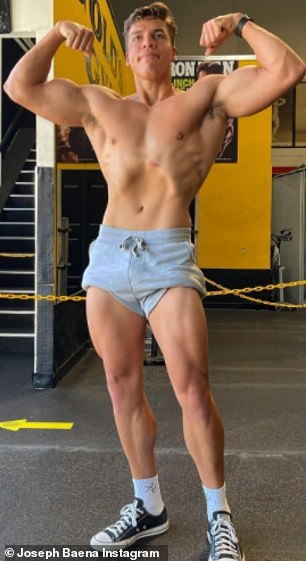 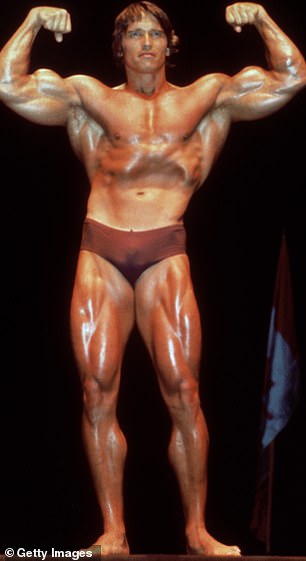 This isn’t the first time that Joseph has flexed his impressive physique.

Back in March he published a number of selfies stunning shirtless snaps to Instagram.

Joseph, who has followed in his father’s footsteps to become a bodybuilder, showed off the results of his hard work.

He struck a couple of poses flexing his astonishing muscles on his main page and also took the show to his Instagram Stories. 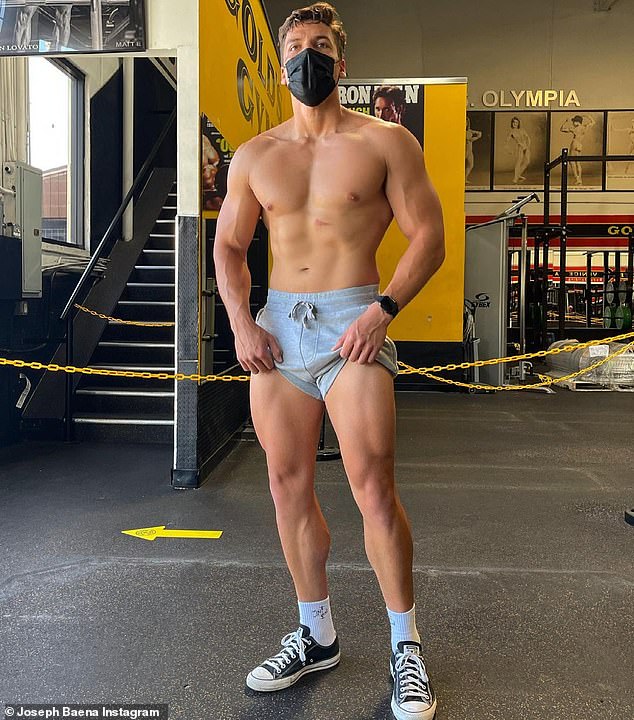 When you got it: Joseph, who has followed in his father’s footsteps to become a bodybuilder, showed off the results of his hard work

Before becoming a movie star and then a politician Arnie was a champion bodybuilder in his native land and was consequently known as the ‘Austrian Oak.’

In 1970 at the age of 23 he became the youngest ever winner of the bodybuilding title Mr. Olympia, but he retired from the sport a decade later.

Maria split from Arnold a decade ago after it emerged that he had fathered Joseph by the family’s housekeeper Mildred Baena.

Although Arnie is now dating a blonde 46-year-old physical therapist called Heather Milligan, his divorce from Maria has yet to be finalized. 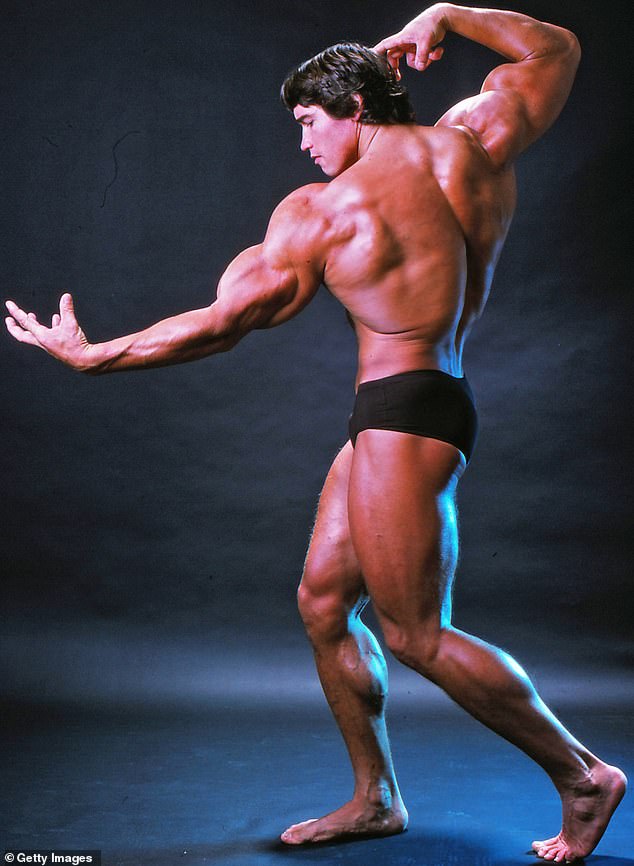 As seen in 1976: In 1970 at the age of 23 he became the youngest ever winner of the bodybuilding title Mr. Olympia, but he retired from the sport a decade later 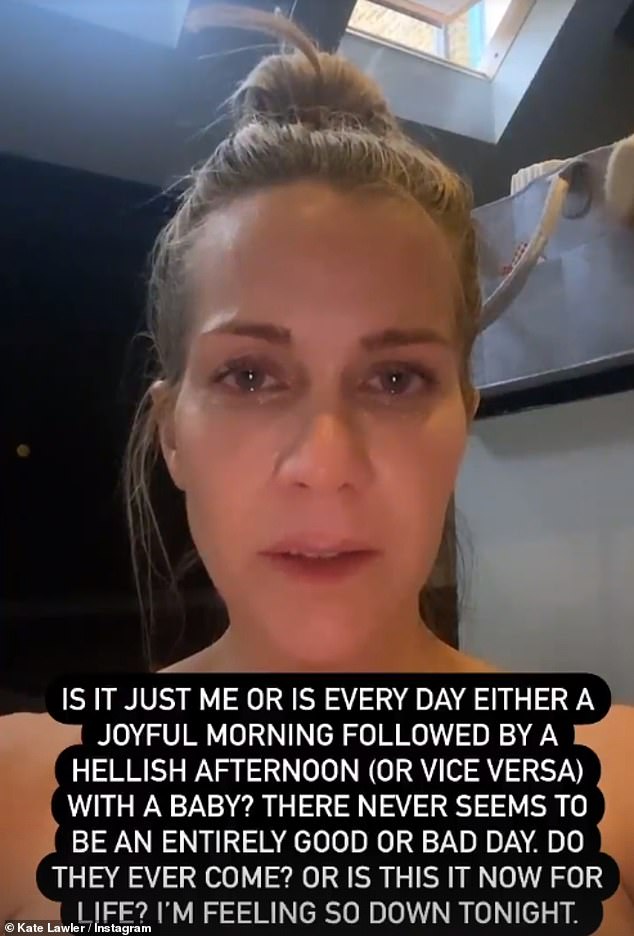 ‘I’ve had a hellish afternoon’: A teary-eyed Kate Lawler admits she’s feeling ‘so down’ 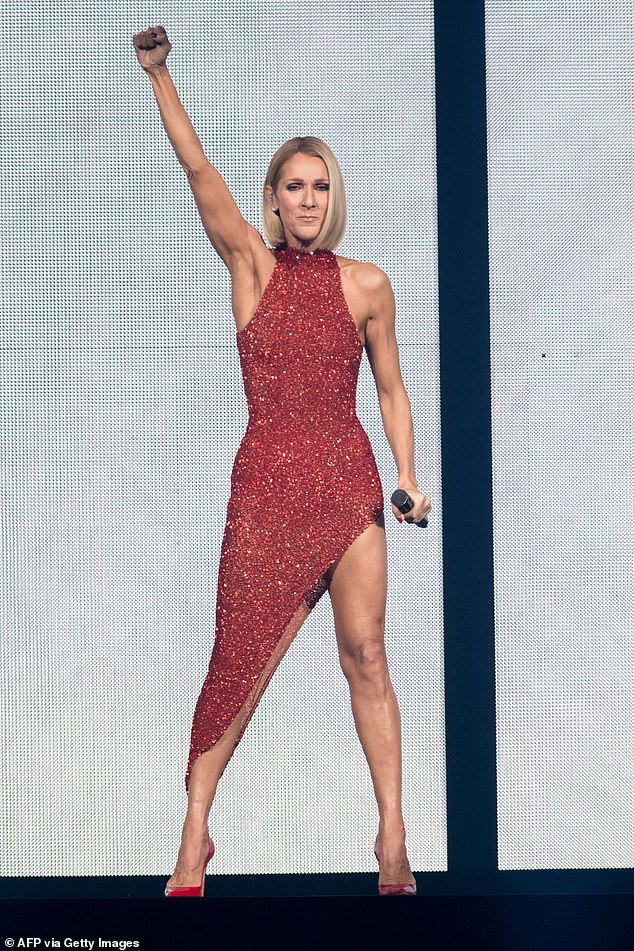 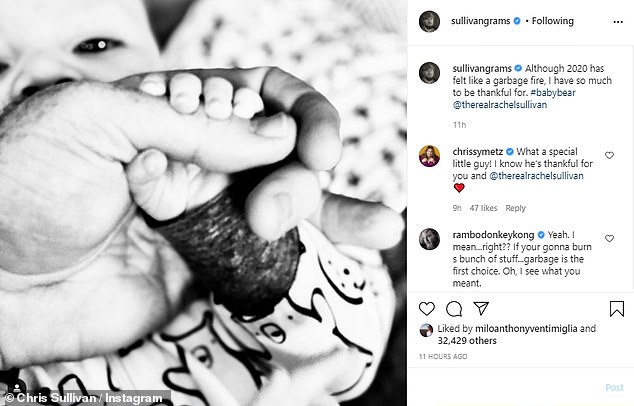 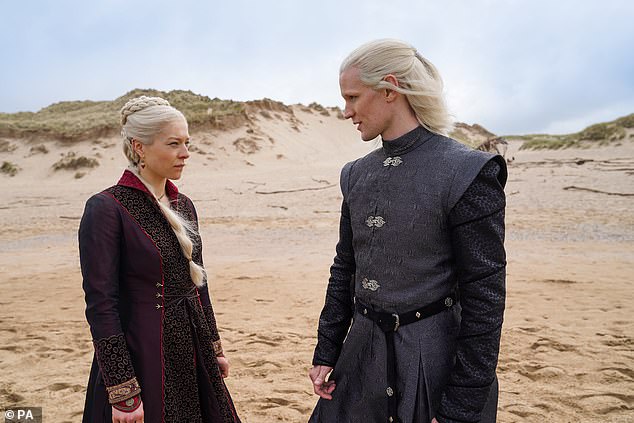 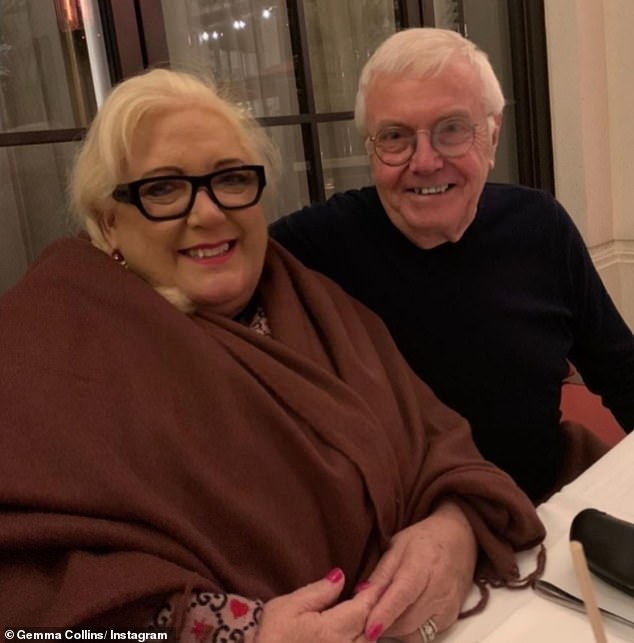 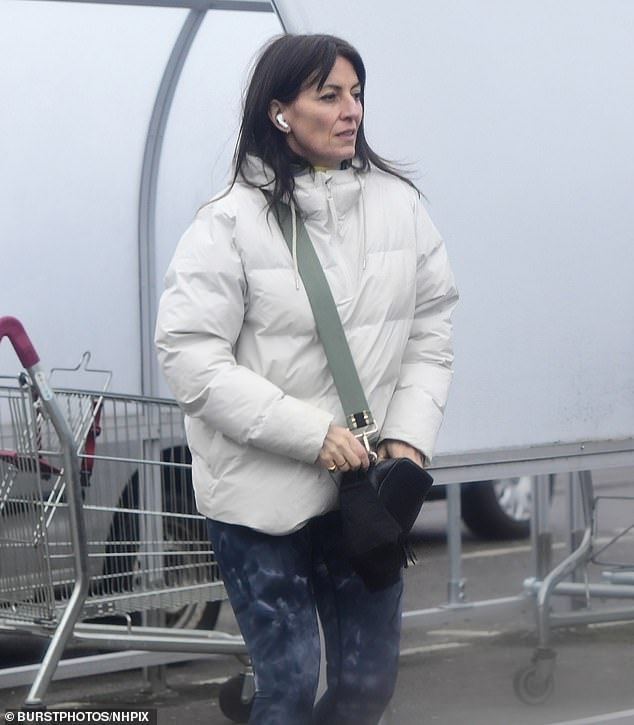 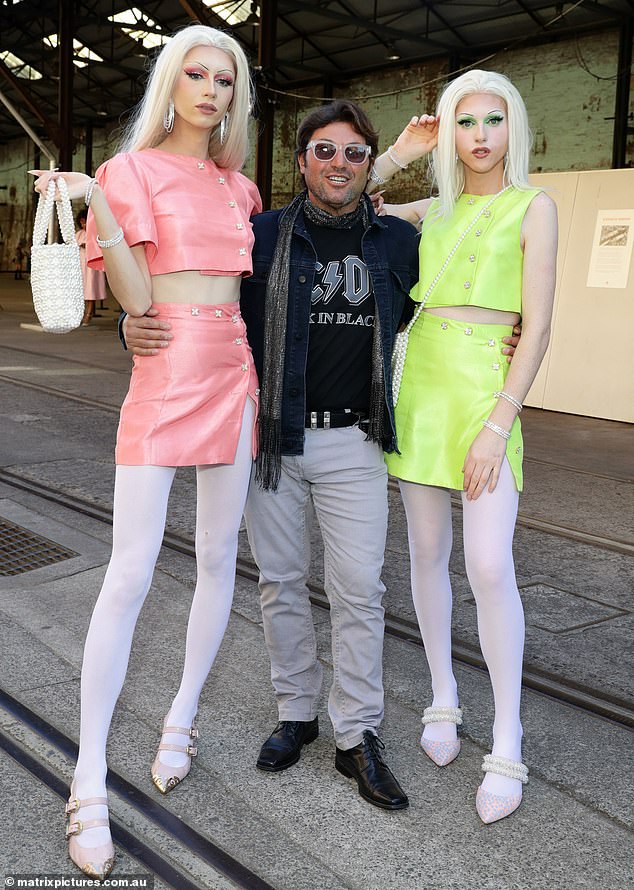