Dozens of people have been killed and many more critically injured in an Israeli bonfire festival disaster after a ‘stand packed with hundreds of Orthodox Jewish Lag B’Omer worshippers collapsed’ at Mount Meron.

The Magen David Adom (MDA) ambulance service said ‘dozens of people have been killed’ with ’36 injured lightly, three moderately and 10 critically’, adding: ‘MDA is providing assistance and evacuating the injured at the scene.’

Media outlets reported that a section of stadium seating had collapsed at the Lag B’Omer event in northern Mount Meron, where tens of thousands of ultra-Orthodox Jews were gathered at the tomb of a 2nd-century sage for annual commemorations that include all-night prayer and dance.

On Twitter, Israeli Prime Minister Benjamin Netanyahu called it a ‘heavy disaster’ and added: ‘We are all praying for the wellbeing of the casualties.’

The Magen David Adom ambulance service said dozens of people have been killed with ’36 injured lightly, three moderately and 10 critically’ 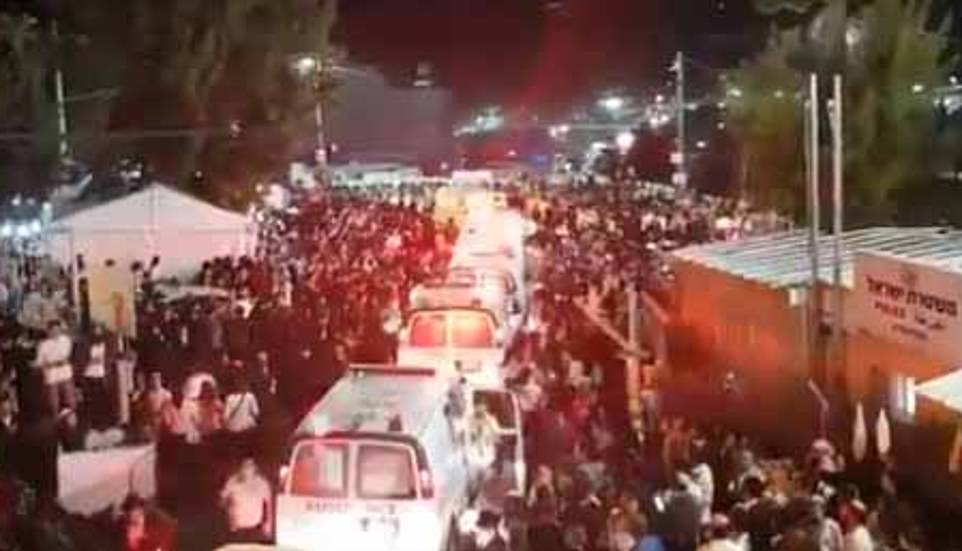 ‘Several people are feared dead and dozens more injured’ after a grandstand collapsed during a celebration of the Jewish festival Lag B’Omer in northern Israel, local media reported

The MDA posted a video on Twitter, showing a worker saying: ‘The Magen David Adom teams have finished providing medical response at the site.

‘They are currently evacuating in MDA ambulances and MDA helicopters to the hospitals. In addition they’re currently providing secondary transports from the hospitals in the area to level one trauma centres.’

Videos posted on social media showed chaotic scenes as Ultra-Orthodox men clambered through gaps in sheets of torn corrugated iron to escape the crush, as police and paramedics tried to reach the wounded.

Bodies lay on stretchers in a corridor, completely covered in foil blankets.

Emergency services and ambulances ‘are treating dozens of injured’, Zaki Heller, spokesperson for MDA, the Israeli emergency service, earlier said in a statement.

Tens of thousands of people had gathered at the foot of Mount Meron to celebrate Lag B’Omer – a Jewish holiday honoring Rabbi Shimon Bar Yochai, a 2nd century sage and mystic who is buried there. 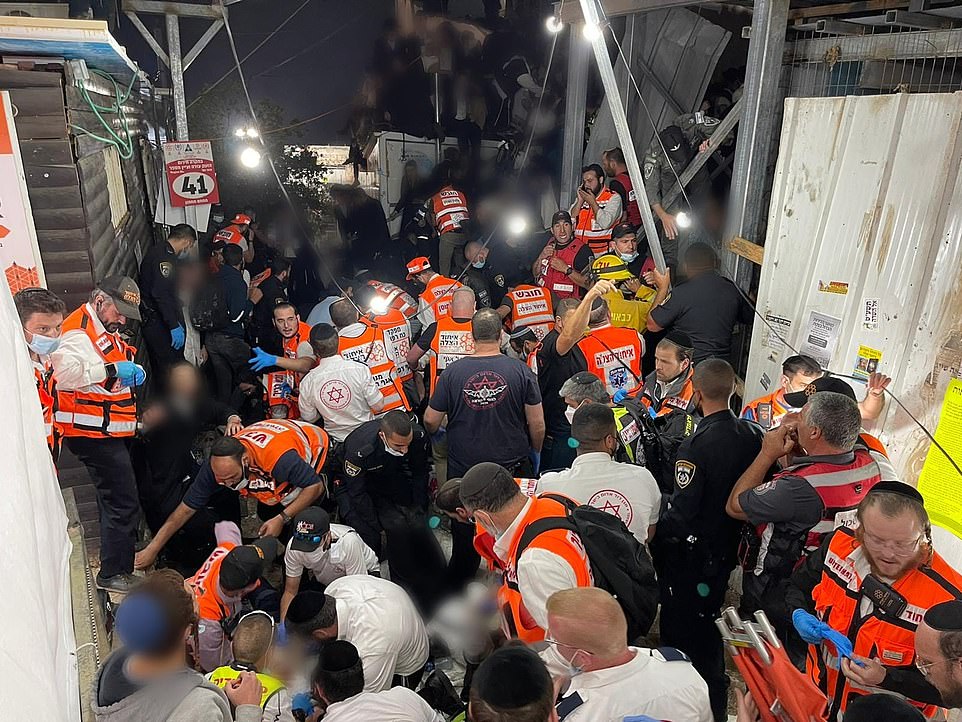 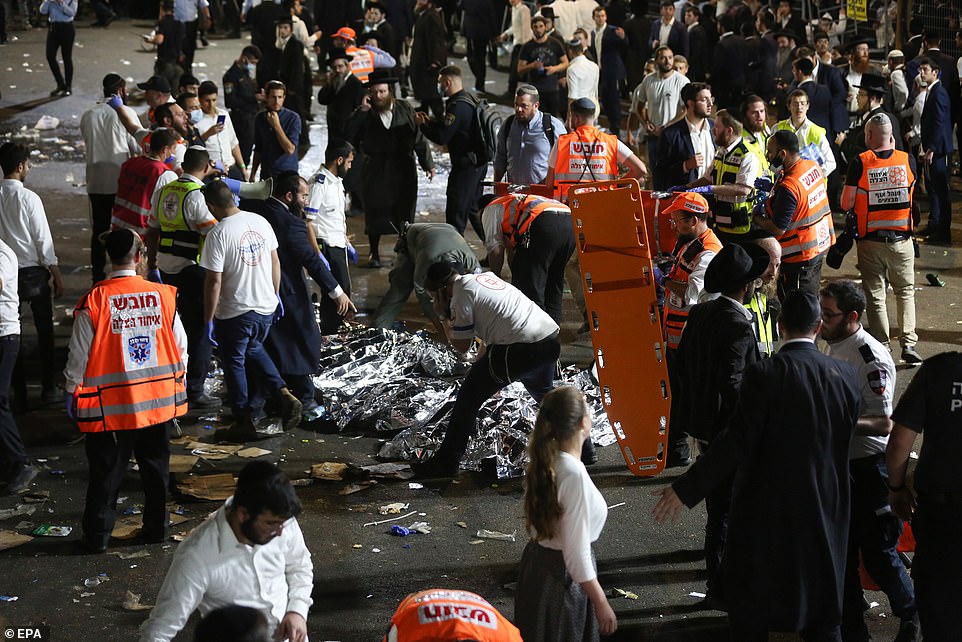 Israeli security officials and rescuers inspect the dead bodies of dozens of people who died during an event in Mount Meron, Israel, on April 29 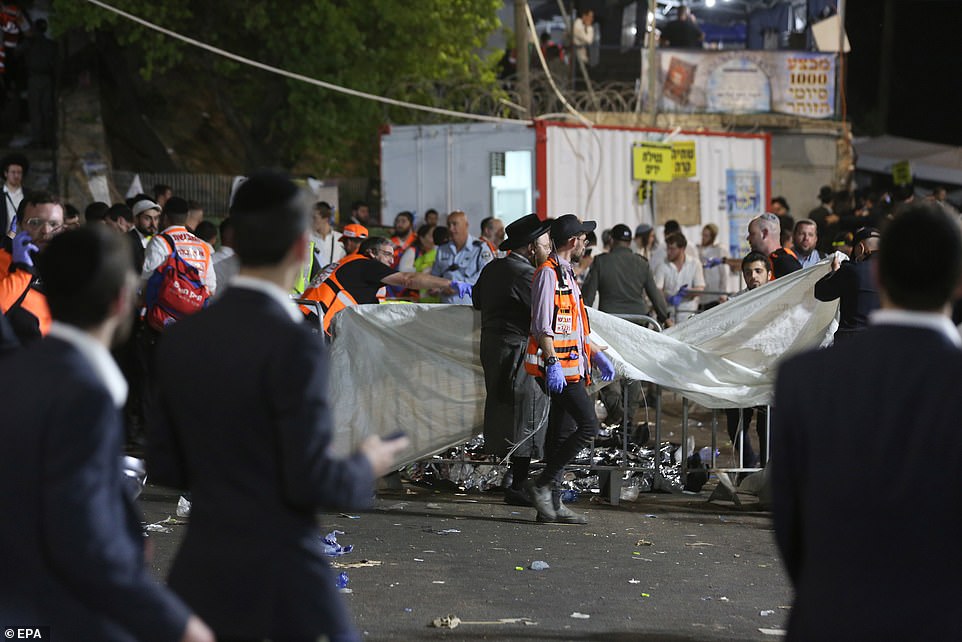 On Twitter, Israeli Prime Minister Benjamin Netanyahu called it a ‘heavy disaster’ and added: ‘We are all praying for the wellbeing of the casualties’ 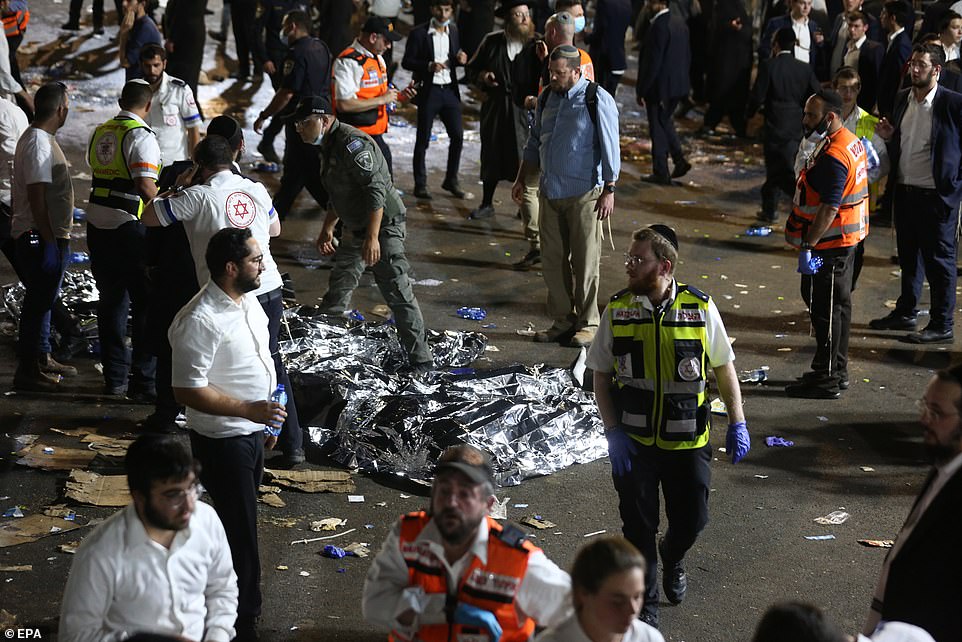 Israeli security officials and rescuers pictured at the scene. It was the first huge religious gathering of its kind to be held legally since Israel lifted nearly all restrictions related to the coronavirus pandemic

Authorities had authorised 10,000 people to gather at the site of the tomb but organisers said more than 650 busses had been chartered from across the country, bringing 30,000 pilgrims to Meron.

Around 5,000 police were deployed to secure the event, with the police urging pilgrims to avoid incidents during the feast when bonfires are lit.

It was the first huge religious gathering of its kind to be held legally since Israel lifted nearly all restrictions related to the coronavirus pandemic.

The country has seen cases plummet since launching one of the world’s most successful vaccination campaigns late last year. 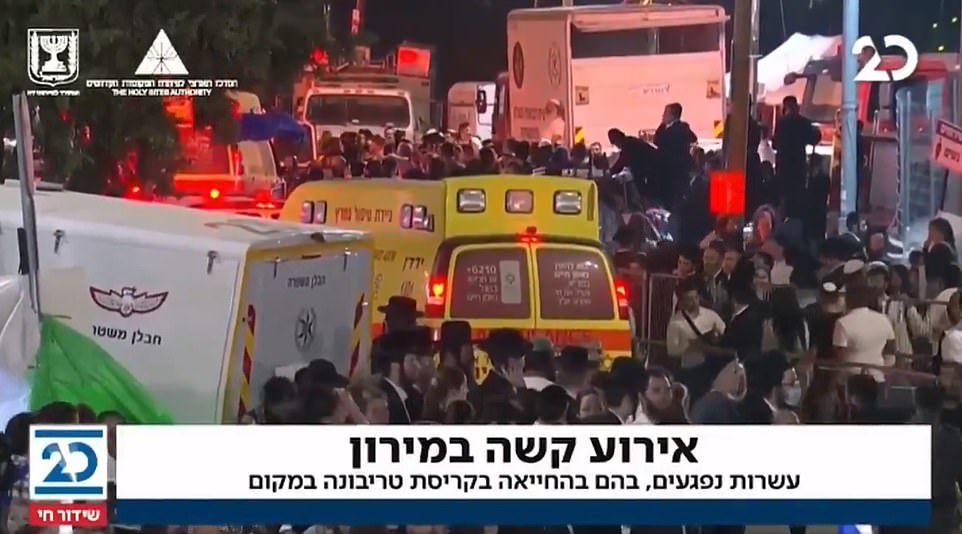 Emergency services pictured arriving at the scene. The MDA said teams are ‘currently evacuating in MDA ambulances and MDA helicopters to the hospitals’ 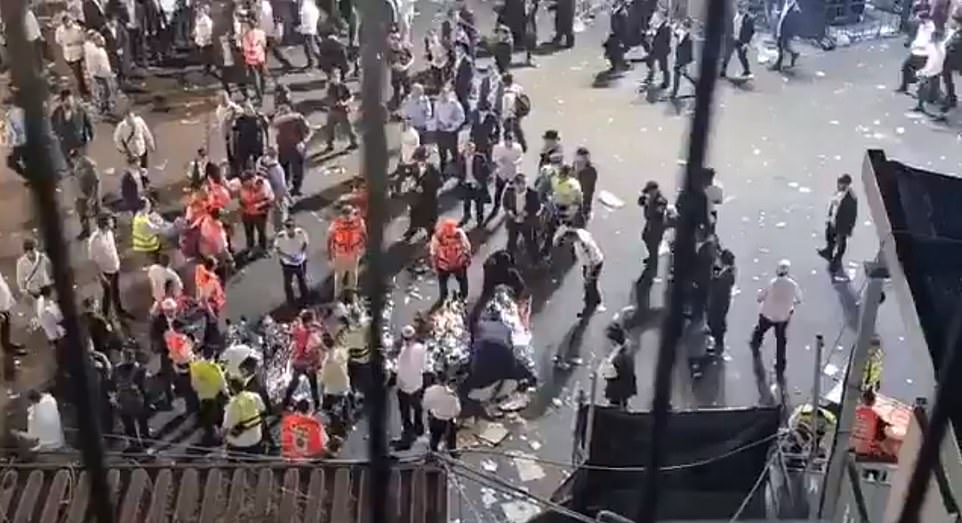 The scene pictured on April 29. Tens of thousands of Jews took part in the pilgrimage in northern Israel on Thursday, in the country’s largest public gathering in the age of Covid-19 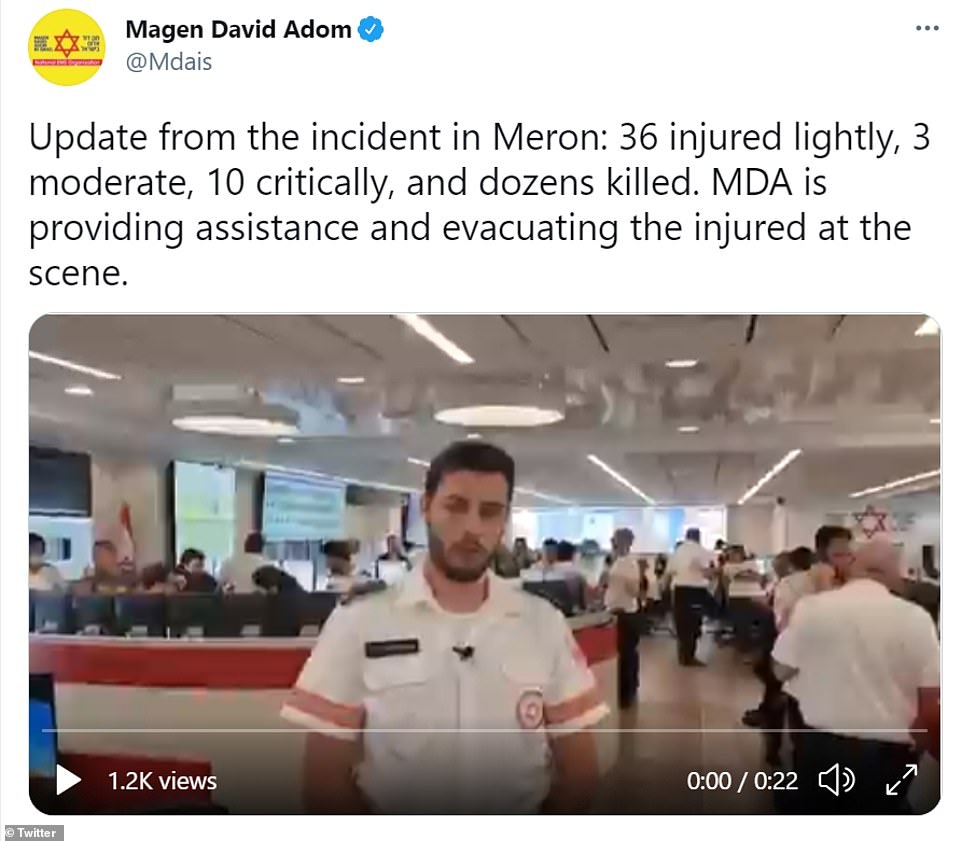 The MDA posted a video on Twitter, showing a worker saying: ‘The Magen David Adom teams have finished providing medical response at the site’ 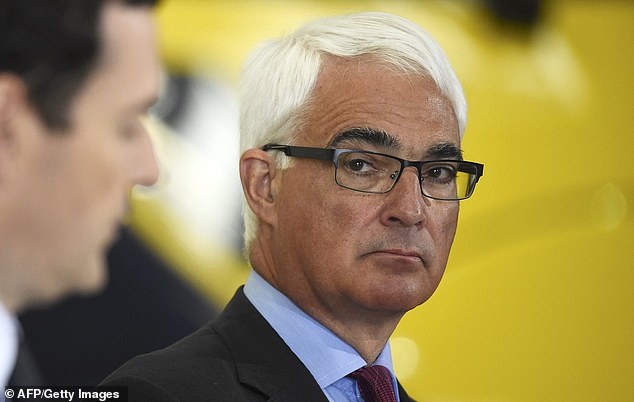 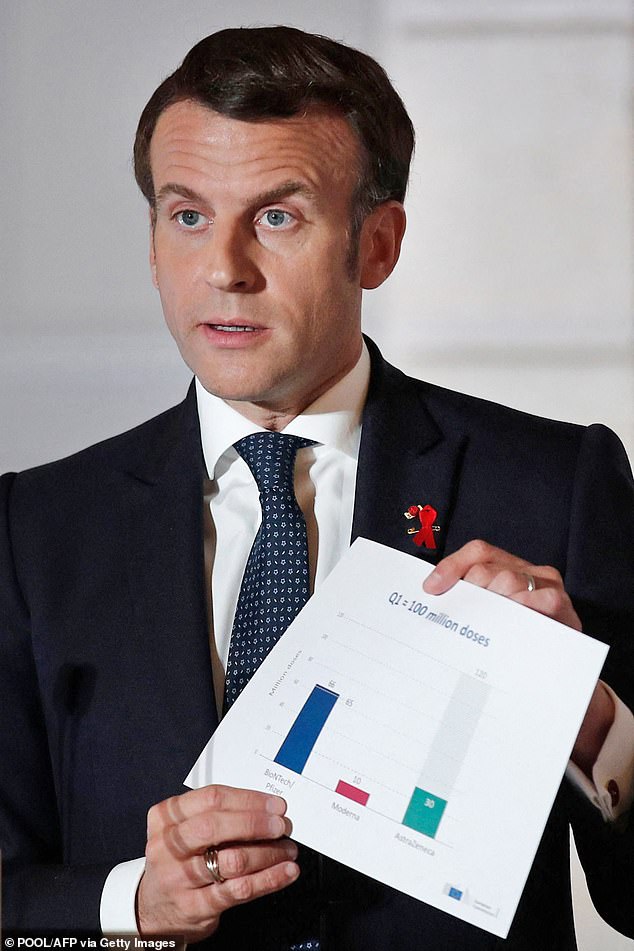 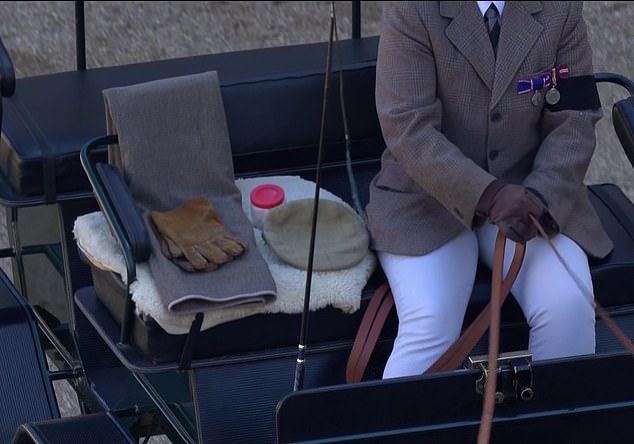 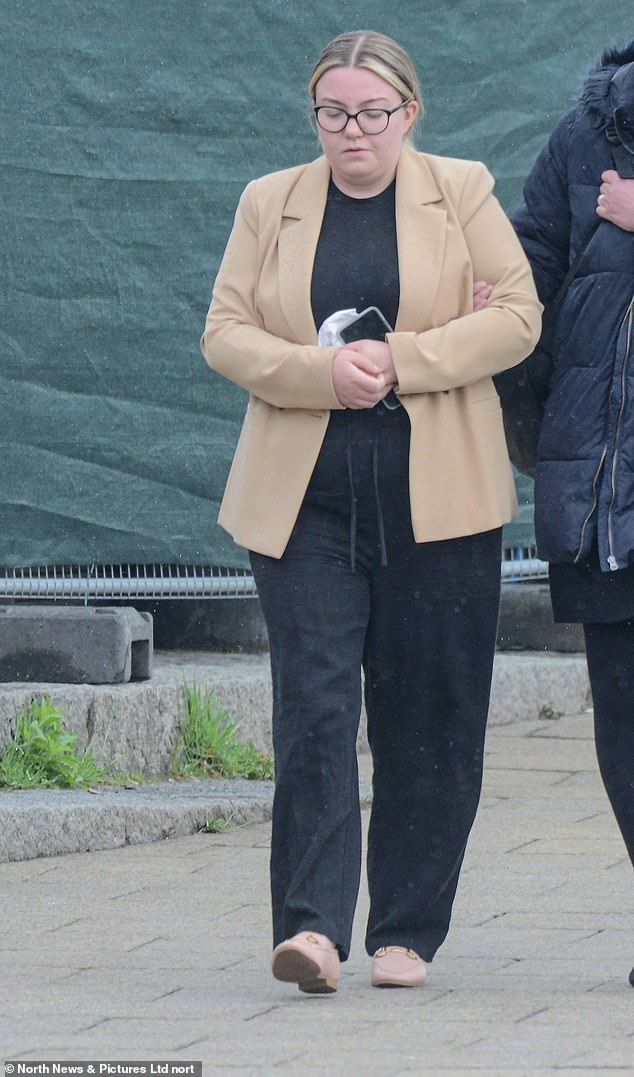 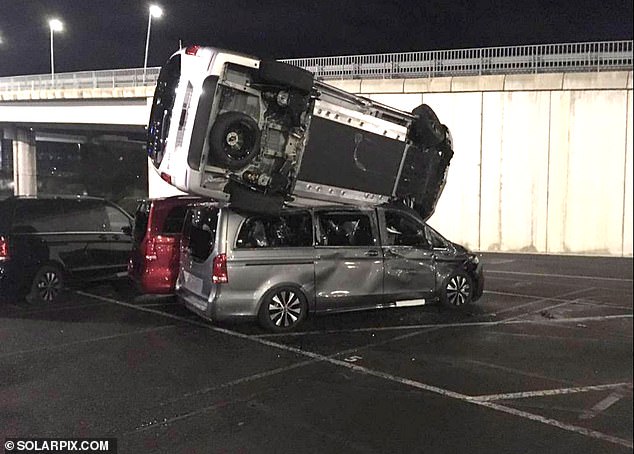 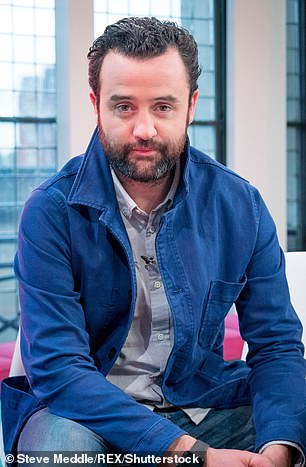 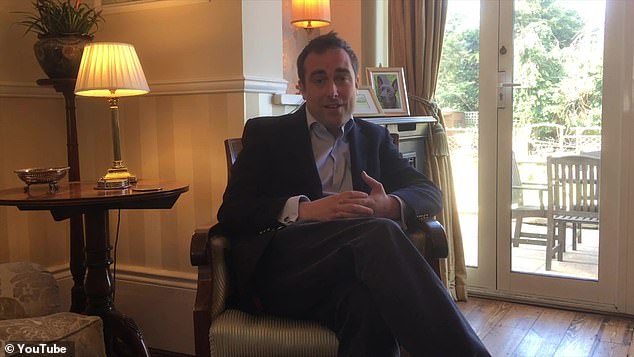 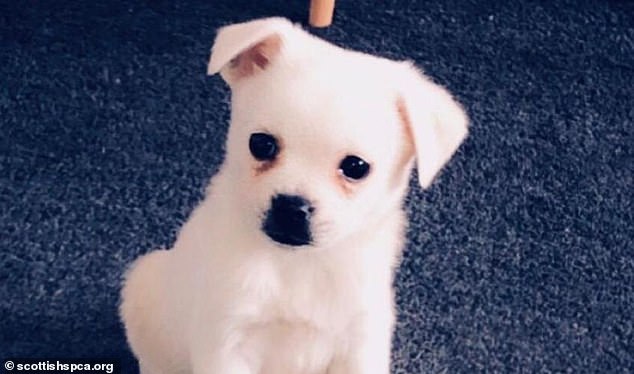