This is the shocking moment a police officer punched a Springer Spaniel puppy four times in his garden and yelled ‘you little b******’ after it went to the toilet on his lounge carpet.

Greater Manchester Police sergeant Martin Dunn, 48, from Meltham, who earns £44,000 a year, lost his temper and punched the five-month-old spring spaniel three or four times in the property’s garden on the evening of March 14.

The harrowing footage was played this afternoon in front of a hushed courtroom at Leeds Magistrates’ Court.

In the shocking video, which appears to have been recorded by a neighbour, a man can be heard shouting inside a house before Dunn storms into the garden and punches the cowering dog. 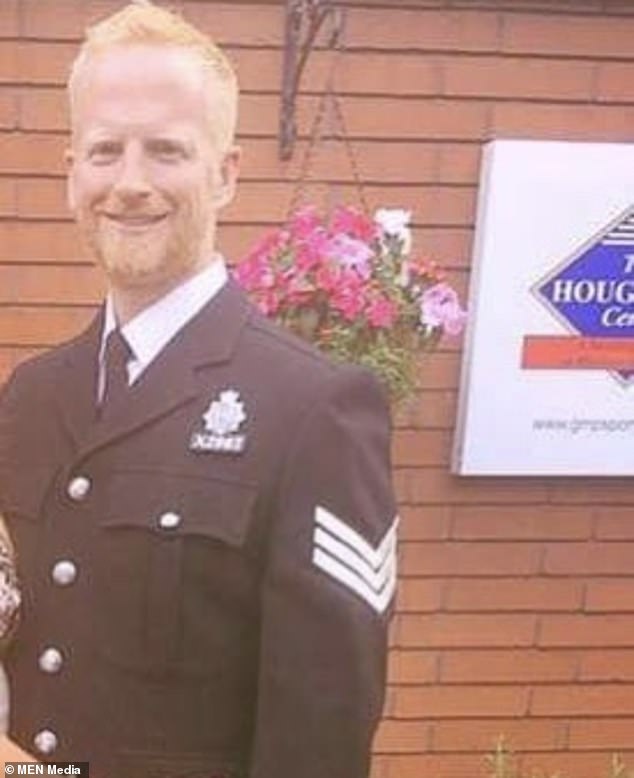 The pup can be heard yelping several times as Dunn continues to deliver blows to it.

Prosecutor Charles MacRae told District Judge Sue Bouch the defendant who had been drinking when the offence took place had pleaded guilty to an offence of animal cruelty at an earlier hearing.

He said he could be heard shouting and swearing at it.

He said the dog was examined initially by a vet, Dr Sean Taylor, and then later by David Ryan, a specialist in the field of canine behaviour.

In his report Mr Ryan said that in carrying out his assessment: ‘When I shouted at Frank he reacted with extreme fear indicating that he had learnt to fear such behaviour.’

He added: ‘Punching a dog repeatedly is not appropriate training.’

Mr MacRae called for the pet to be rehomed by the RSPCA saying ‘any contact between Dunn and Frank would be detrimental. He took it upon himself to chastise it.’

He added that there was ‘a clear loss of control and excessive use of force even if he did not intend to chastise the dog.’ 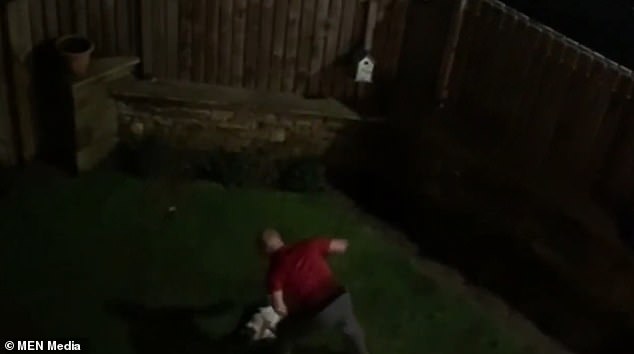 In the shocking video, which appears to have been recorded by a neighbour, a man can be heard shouting inside a house before Dunn storms into the garden and punches the cowering dog

A spokeswoman for probation said: ‘He is deeply ashamed. On the day of the event when he saw the puppy had made a mess he saw red.’

She added that the officer had been involved in the terrible events at Manchester Arena in 2017 and has been suffering from PTSD ‘but without realising it.’

The defendant had now been referred for treatment by Occupational Health.

In mitigation, Sarah Barlow, said: ‘In this case there are a number of stress factors that came together on that evening that caused him to behave as he did.

‘He hung his head in shame when he saw the video. It was a complete one-off.’

She said his job which saw him patrolling Manchester Airport ‘requires that at all times he is under control of his actions.

‘As a firearms officer he has a great responsibility. In short he can’t believe that he behaved as he did.

‘No excuses are made for it. This is the only occasion when he has behaved in any way like this.

‘The effects of witnessing what he did at Manchester Arena affected him very deeply. So often police officers don’t avail themselves of counselling fearing it will affect how they are viewed.’ 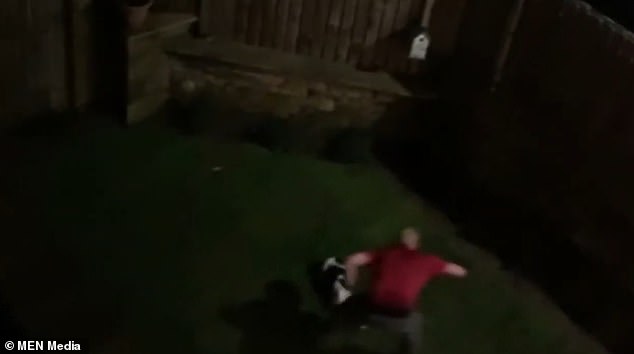 Canine behaviour specialist David Ryan said when shouted at, Frank showed ‘extreme fear indicating that he had learnt to fear such behaviour.’

She said he was also involved in a ‘horrific neighbour dispute’ and was hoping to sell the home he shared with his partner.

She said it meant he ‘can’t relax either at work or at home.’ There were also issues with the custody of his son.

District Judge Bouch sentenced him to a 12 months community order with 120 hours of unpaid work reduced from 180 because of his guilty plea.

He was also disqualified for five years from keeping any animals apart from a lizard-type, Leopard Gheko.

It was unclear precisely what would happen to Frank as the court heard the dog’s ownership is disputed. 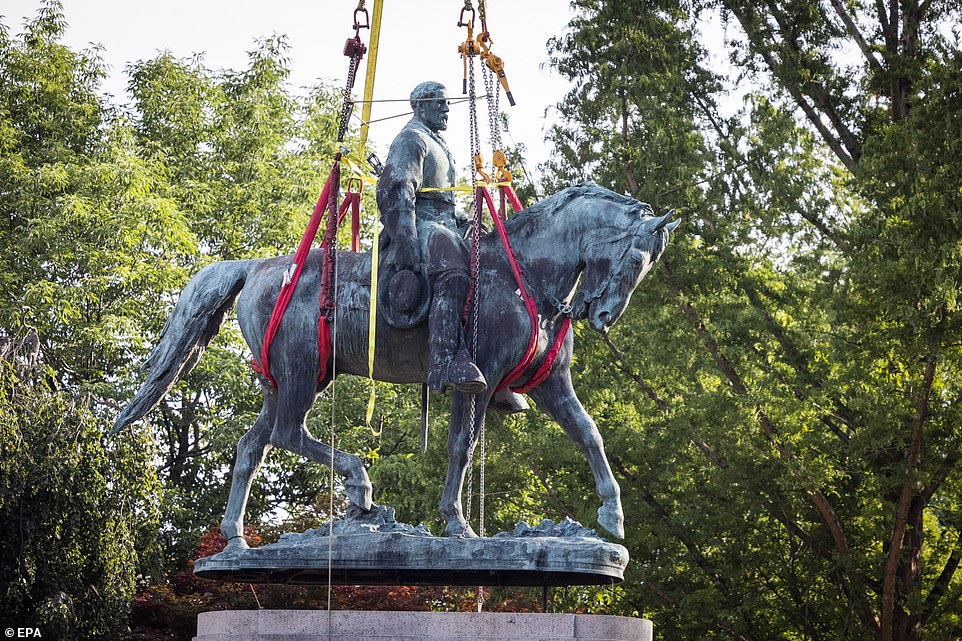 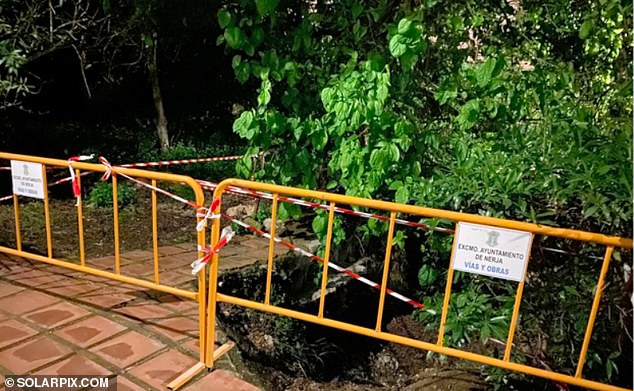 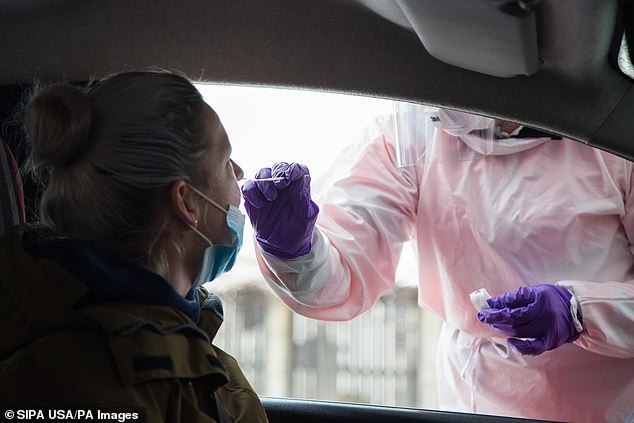 New mutant strain of coronavirus more contagious because it replicates in the throat, says study 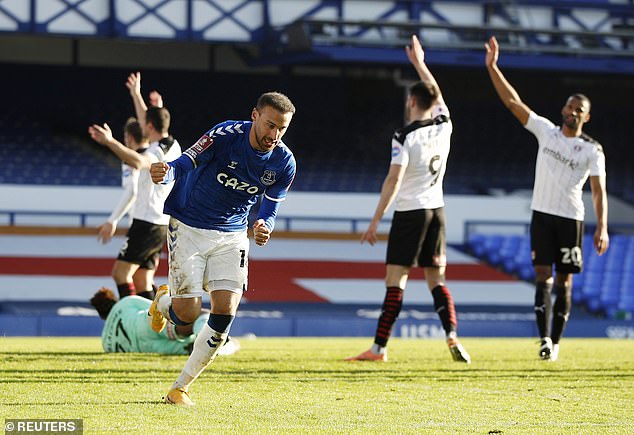 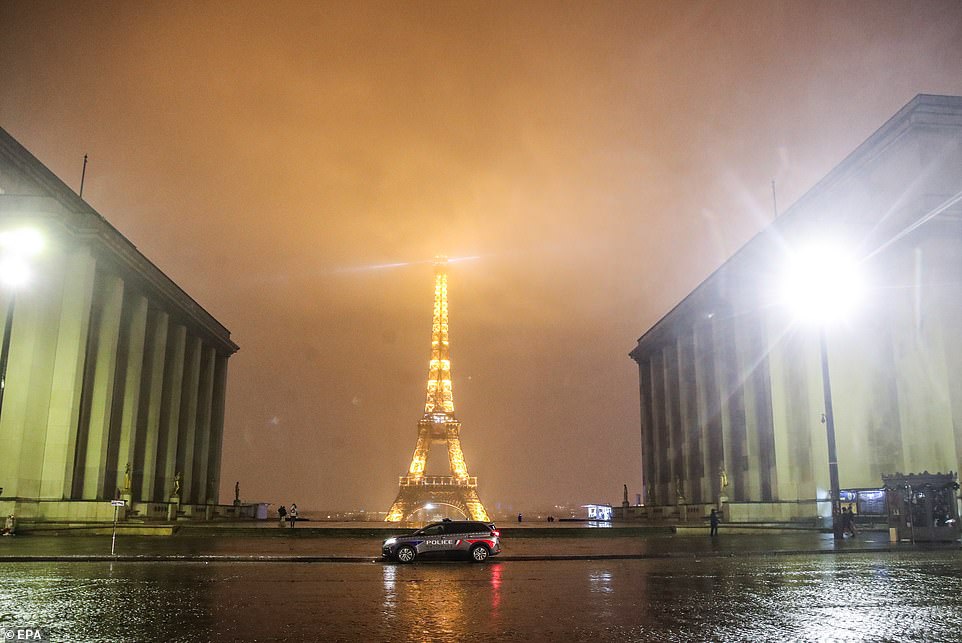 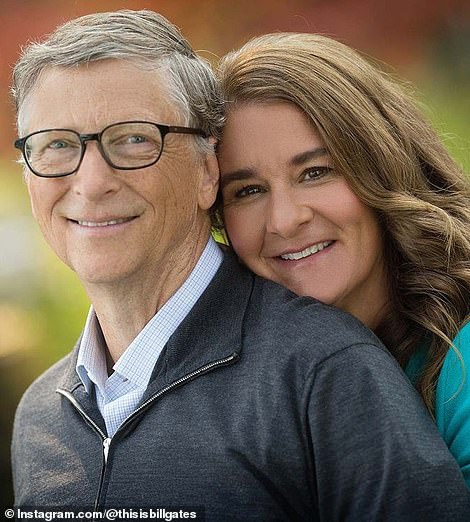 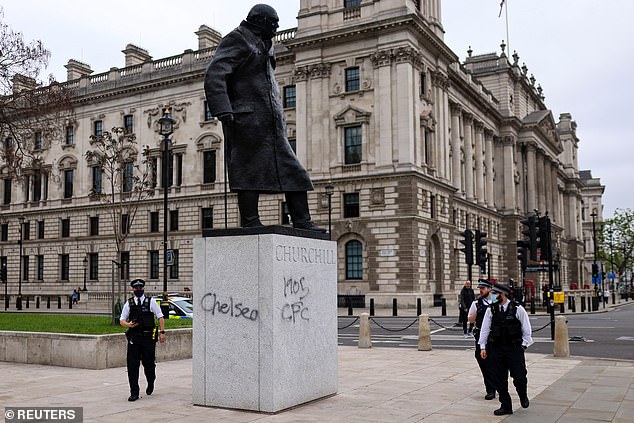 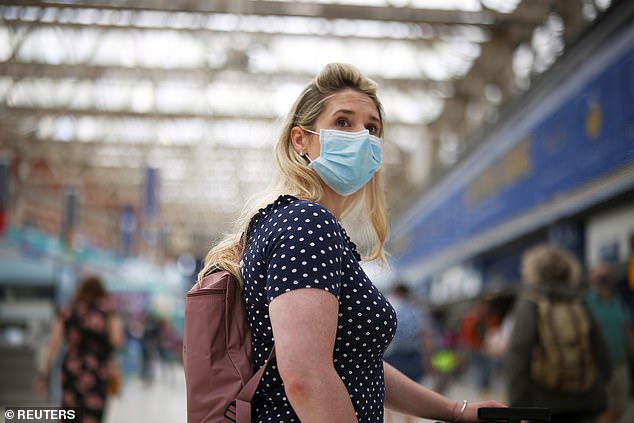