An Italian socialite who ordered a hit on her Gucci heir ex-husband has been scammed out of £2.5 million by friends, prosecutors say.

Patrizia Reggiani, 72, who will be played by in an upcoming film about her life, was sentenced to 29 years, reduced to 26 on appeal, in 1998 for ordering the assassination of Maurizio Gucci.

The couple fell out over Gucci’s decision to sell the family fashion house before leaving Reggiani for another woman. She paid a pizzeria owner £240,000 to shoot Gucci in the head in 1995.

The Black Widow was released in 2016, proudly posing for the paparazzi on Milan’s Monte Napoleone shopping street and later telling the press that she had her husband killed because he ‘irritated her’.

The quote inspired Hollywood director Ridley Scott to make a movie about her life, which is currently filming in Italy with Adam Driver as Gucci and Gaga as Reggiani.

But in another extraordinary twist in Reggiani’s life, it yesterday emerged that her confidantes were under investigation over claims they swindled from her €3million (£2.6m).

Patrizia Reggiani, 72, (right) was sentenced to 29 years in 1998 for ordering the assassination of Maurizio Gucci (left). The sentence was reduced on appeal to 26 years and she was finally freed in 2016 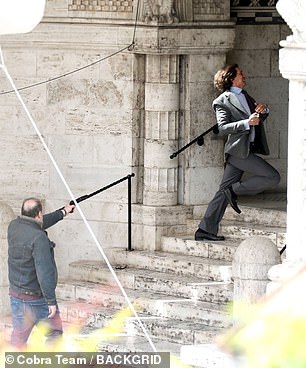 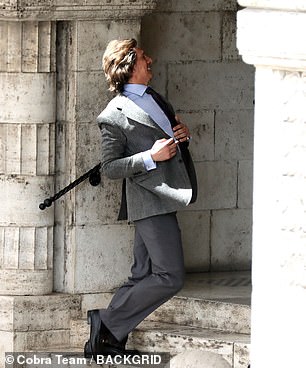 Adam Driver plays Gucci in the death scene on set in Italy earlier this month. Debt-ridden pizzeria owner Benedetto Ceraulo was hired by Reggiani for £240,000 to shoot her ex-husband as he entered his Milan offices in 1995 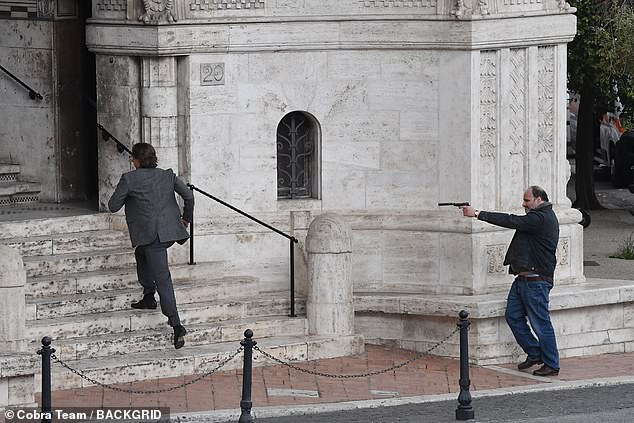 Adam Driver playing Gucci. The real Gucci was left lying on the cold marble stairs of his Milan offices after being shot in the head by the hitman 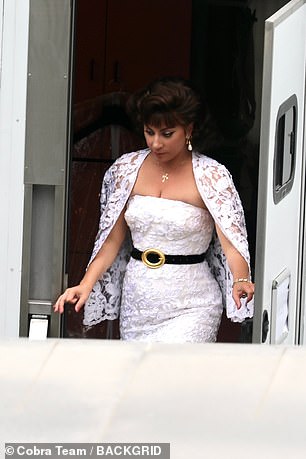 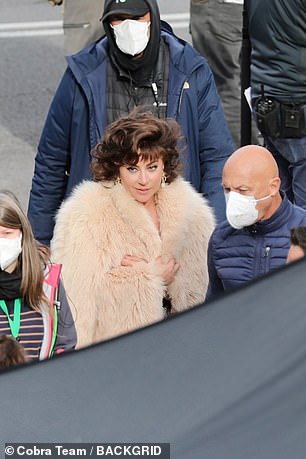 According to local media police raided the home of Loredana Cano, Reggiani’s former prison cellmate who she hired as her personal assistant when they were freed.

Pizzi’s office was also searched by officers. He denies wrongdoing.

Reggiani comes from a wealthy family and inherited millions from her mother when she died two years ago.

Gucci’s money went to his daughters by Reggiani when he was killed.

It is their daughters’ complaint which triggered the police investigation, explained their lawyer Antonio Golino.

Mr Golino told : ‘Reggiani had nothing when she left jail and suddenly ran into millions when her mother died in 2019.’

He claims that Cano and others ‘formed a protective circle’ around Reggiani and prevented her from ‘having contact with the outside world.’

‘A court has already found that she was incapable of managing her own finances and was easily influenced,’ he added.

Mr Golino said that the police are probing claims that money was siphoned off by ‘charging her real estate companies dubious consultancy fees.’

In 1998, Reggiani was found guilty of paying a hitman to kill the 46-year-old grandson of fashion founder Guccio Gucci.

Gucci had left Reggiani for another woman 10 years previously after telling her he was going on a short business trip, from which he never returned.

She was also said to be furious her former husband had started seeing other women, and feared her daughters’ $170 million inheritance was at risk if he remarried before ordering the hit.

Reggiani eventually hired hitman Benedetto Ceraulo, a debt-ridden pizzeria owner who shot Gucci dead on the steps of his office in Milan as he arrived for work.

Ceraulo was convicted and sentenced to life in prison.

She was initially sentenced to 29 years in 1998, which was reduced to 26 on appeal. She served 18 – with her pet ferret Bambi as a companion for some of the time – before being released in October 2016.

Having Bambi by her side was a special privilege negotiated by her lawyers – however he was to suffer an unfortunate demise when a fellow inmate accidentally sat on him.

Well-known for her luxury lifestyle, Reggiani once said: ‘I’d rather cry in a Rolls Royce than be happy on a bicycle,’ and turned down the offer of day release while in prison because it would have meant doing ‘menial’ work. 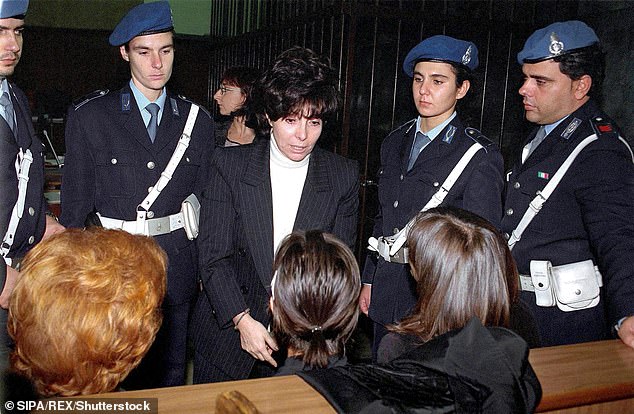 High profile: During the murder trial, which transfixed Italy, Reggiani arrived each day wearing head-to-toe Gucci clothes and accessories. She was sentenced in 1998 (pictured) 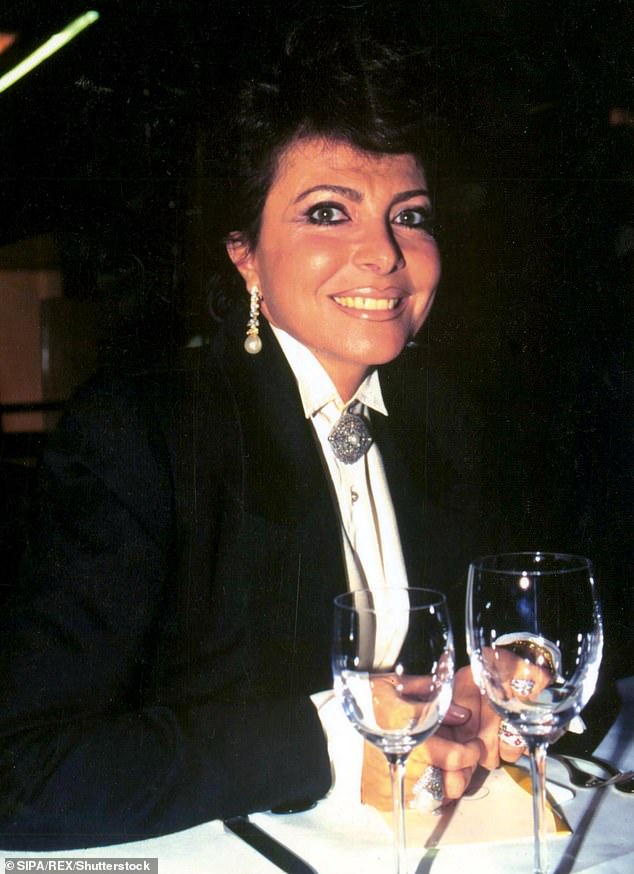 In 2017, a court ruled Reggiani was entitled to receive £900,000 a year from her ex-husband’s fortune and she was given a lump sum of £16 million for her time in prison.

‘The court decided the fact she was jailed for murdering him is irrelevant — a deal is a deal and the maintenance agreement still stands,’ said Reggiani’s laywer, Danilo Buongiorno, at the time.

In the early 1990s it was hit by problems and he sold the label for $120 million, just two years before his death.

The great-grandchildren of Guccio Gucci have appealed to filmmaker Sir Ridley Scott to respect their family’s legacy in the new movie that focuses on a sensational murder.

The new film is scheduled to go on general release from November 24. 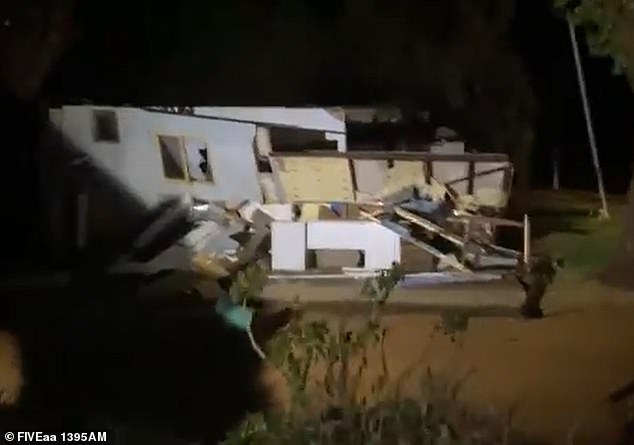 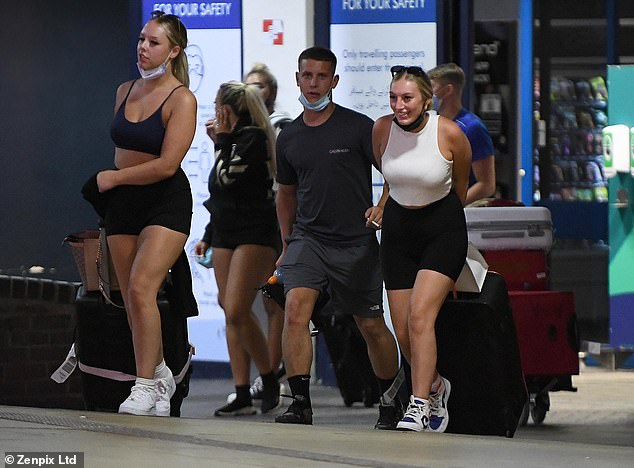 Mad dash from the Balearics as tourists pay up to £1,000 to get back to the UK 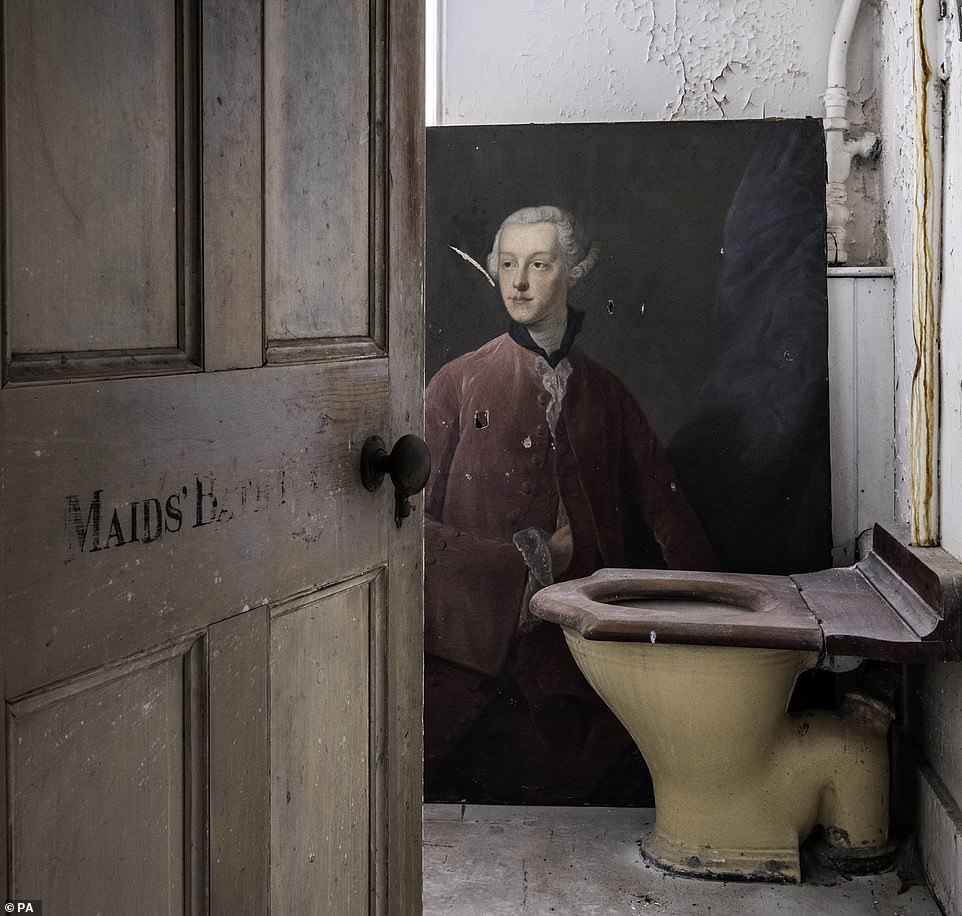 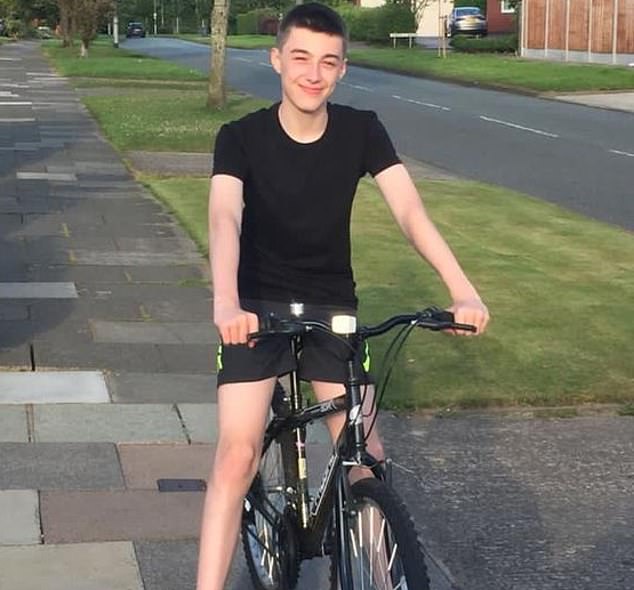 Bullies on Snapchat ‘drove 15-year-old schoolboy to take his own life’, inquest hears 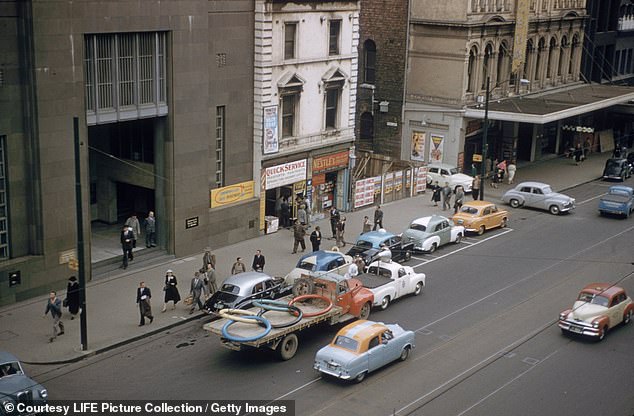 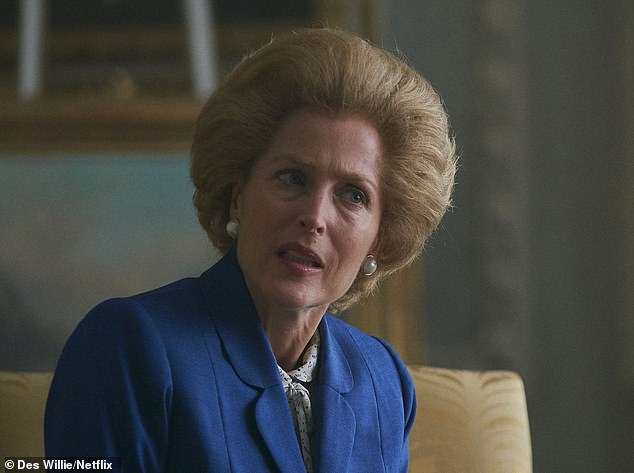 Is The Crown poisoning minds against our proudest institutions? 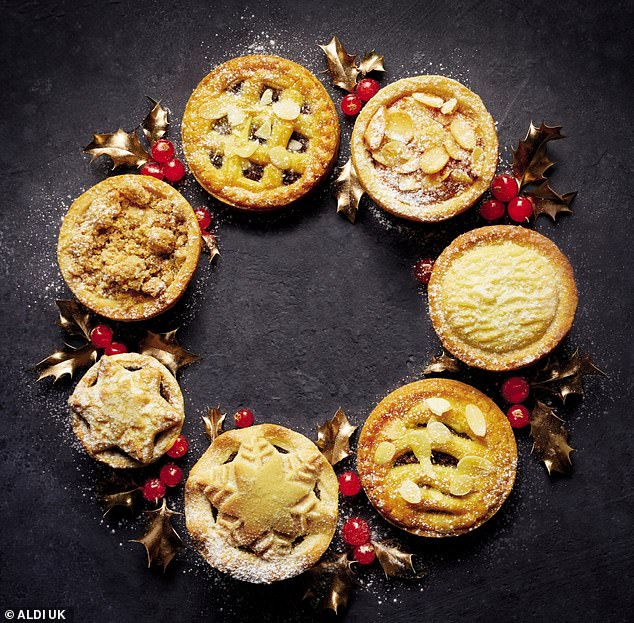 Aldi delights shoppers with return of mince pies ahead of ‘Junemas’