Three police officers who seized a Bentley Continental from an uninsured driver took it for an unauthorised drive up and down a dual carriage way before impounding it.

Hertfordshire PCs Lewis Mack, Sam Butler and Ian Gould jumped into the Bentley when it was decided it had to be taken back to the police station because the driver did not have insurance.

But after setting off they went on a detour, driving up and down a dual carriage way and taking it in turns to get behind the steering wheel.

Unknown to the trio Bentley Continental GT V8 had a tracker fitted to it and its owner – who was not the man driving it that night – had an app on his phone allowing him to follow its journey.

He could he see they had taken a detour before taking the car back to Cheshunt Police Station in Hertfordshire. 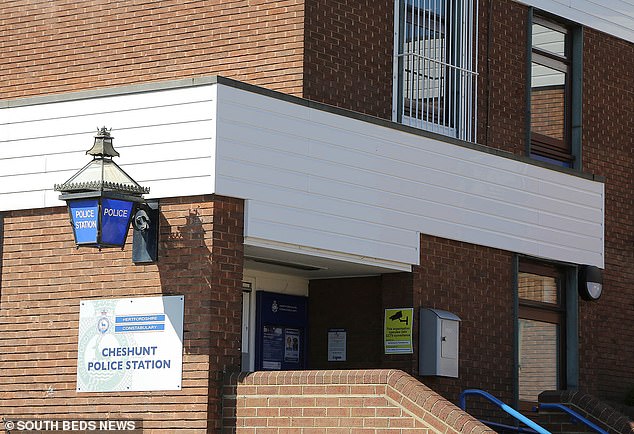 PCs Lewis Mack, Sam Butler and Ian Gould drove a Bentley Continental GT V8 around before driving it to Cheshunt Police Station (pictured) after they seized it from a driver found to have no insurance

While the three officers were in the station and preparing to finish their shift they learned he had made a complaint to police.

The officers appeared before a misconduct hearing on Friday following a two day hearing earlier in the week, to hear that the panel had decided their behaviour that night amounted to gross misconduct.

Chairman of the panel, Akbar Khan, told PCs Lewis Mack, Sam Butler and Ian Gould that public confidence and trust in the police force would have been significantly undermined by the their conduct.

Mr Khan told the officers: ‘We have not dismissed you.’

The final written warning will last for two years.

The hearing had been told how late on the night of May 29 last year the black Bentley Continental was stopped as it travelled north on the A10 towards Cheshunt because it was not displaying its lights.

A number of police officers attended the scene, including the three PCs who were all part of Hertfordshire Police’s Operation Scorpion team, a pro active unit which targets burglars, robbers and those involved in drug and vehicle-related crime.

Roadside checks revealed the driver was not insured to drive the car and, after he handed the keys over, it was decided the vehicle would be driven to the rear yard at Cheshunt Police Station where it could be collected by a recovery vehicle. 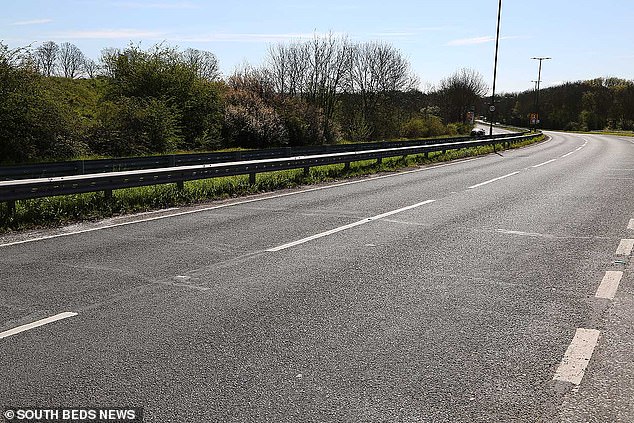 The hearing was told that in radio communications between the three officers, the driver had heard the words ‘Shotgun to drive the Bentley back’ and ‘Shotgun front seat passenger.’

The term ‘Shotgun’ is similar to youngsters saying ‘bagsy’ and, the hearing was told, for the officers to have said the word showed a lack of respect and courtesy.

With PC Gould behind the wheel of the vehicle, PC Butler in the front passenger seat and PC Mack on the back seat, the three set off for the short drive to the police station.

Their route should have been to continue north along the A10 and then turn right into Cheshunt and the police station.

However, moments after setting off and after reaching a roundabout, PC Gould took a left turn onto Lieutenant Ellis Way, a stretch of dual carriageway just over one and a half miles in length.

On reaching the end of the road at another roundabout, PC Butler got behind the wheel driving the car up and down the the road.

Finally PC Mack took over behind the wheel still on Lieutenant Ellis Way and headed back onto the A10 and drove back to the police station.

The hearing was told the diversion the three had taken added around six minutes onto their journey time back to the station. 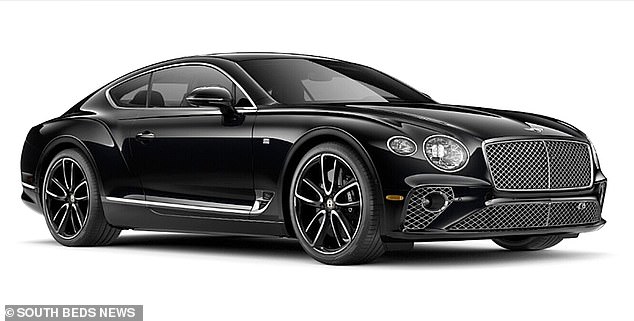 Unknown to the trio Bentley Continental GT V8 (stock, pictured) had a tracker fitted to it and its owner – who was not the man driving it that night – had an app on his phone allowing him to follow its journey

Soon after arriving back at the police station and as they prepared for the end of their shift, they learnt that a complaint had been made about their detour.

The three immediately went to see a sergeant at the station that night and told her about their drive back to the station, how each had taken a turn to drive, and how each had exceeded the speed limit while they were behind the wheel of the Bentley.

As a result, the hearing was told, the officers were moved off the Operation Scorpion team.

Giving evidence, PC Mack said the phrase he had used ‘Shotgun front seat passengers’ had on reflection been completely unprofessional.

He said having got into the Bentley that night he got caught up the ‘luxury’ of its interior.

He told the panel: ‘I am ashamed to say I didn’t have the self control. I didn’t consider anything other than I was driving a luxury vehicle at the time.’

He said it was only when they got back to the station and learned that a complaint had been made that ‘it dawned on us how wrong our actions were.’

The officer went on ‘We decided to be open and honest about our actions and spoke to the sergeant.’

Cross-examined about his time in the Bentley that night, he said: ‘It was the luxury side of it that I was focused on and that’s why I lost self control.’

He said he believed he had gone over the 50 miles per hour speed limit in lieutenant Ellis Way when he had driven the vehicle.

PC Mack told the hearing that in the car that night ‘I must have expressed my interest in wanting to drive this luxury car.’

He said back at the station when he learned of the complaint, his heart had ‘sunk.’

The officer told the hearing: ‘I realised what I had done was massively wrong. It was not what the public would expect.’ 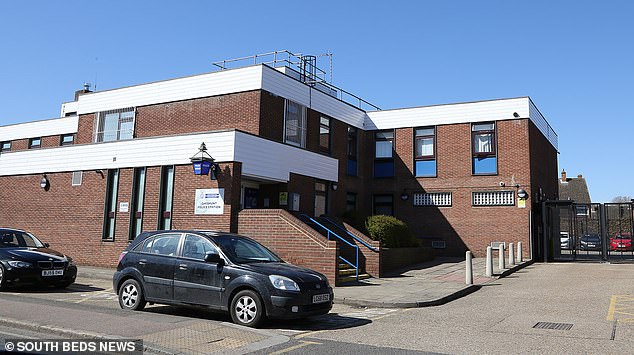 He added: ‘I think I just got caught up in the environment and luxury and that’s why I didn’t think at the time and lost self control.’

He said the car was one that he would never be able to afford in his lifetime and he went on: ‘I wasn’t thinking like a police officer and, on reflection, I regret that.’

In his closing submission to the panel, barrister George Thomas who brought the case against the three on half of Hertfordshire Police. said they had taken the car on a ‘joy ride that night.’

Barrister Kevin McCartney who represented the officers said that although they had behaved with ‘blatant stupidity’ they had done their very best to be frank and transparent to assist the panel.

The officers had faced three allegations that they had breached the Standards of Professional Behaviour concerning their integrity, by their driving of the car that night for their own pleasure, speeding, failing to challenge one another’s behaviour, and failing to show courtesy and respect and by using the term ‘Shotgun.’

They were also accused of bringing discredit to the police service by their actions which would have the effect of undermining the public’s confidence in it.

The panel found that the breaches of the Standards of Professional Behaviour which had been proved, amounted to Gross Misconduct. 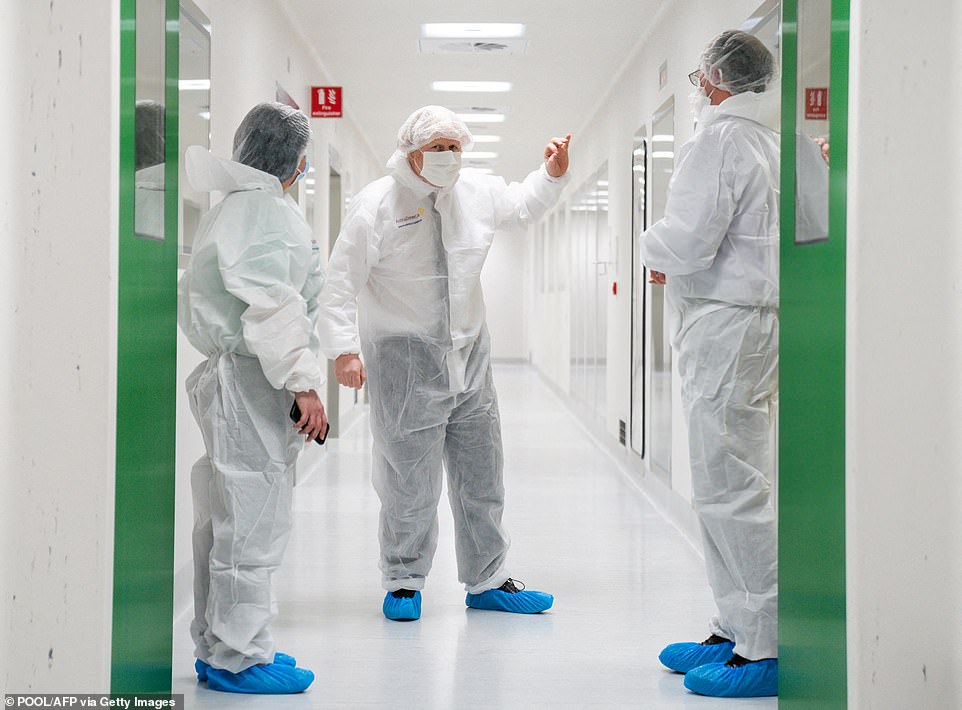 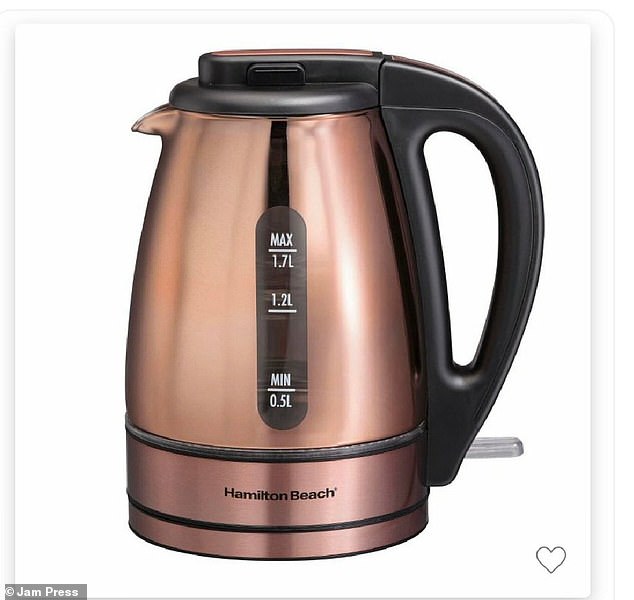 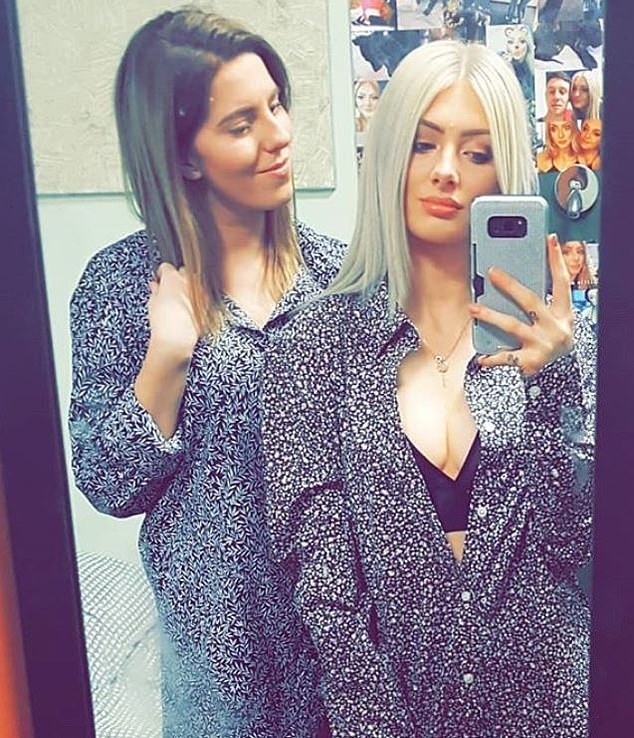 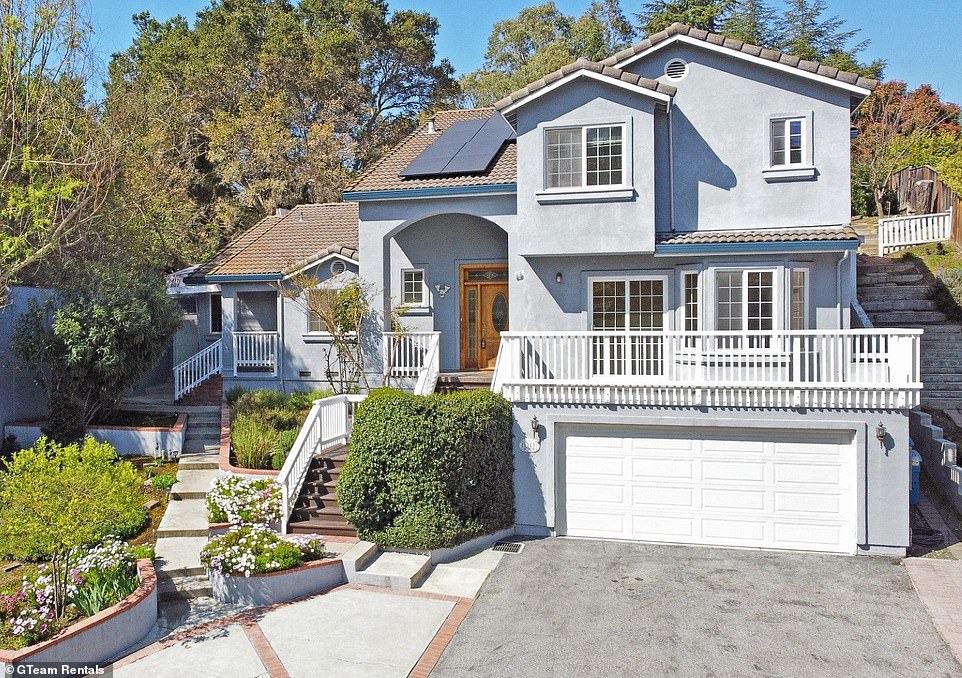 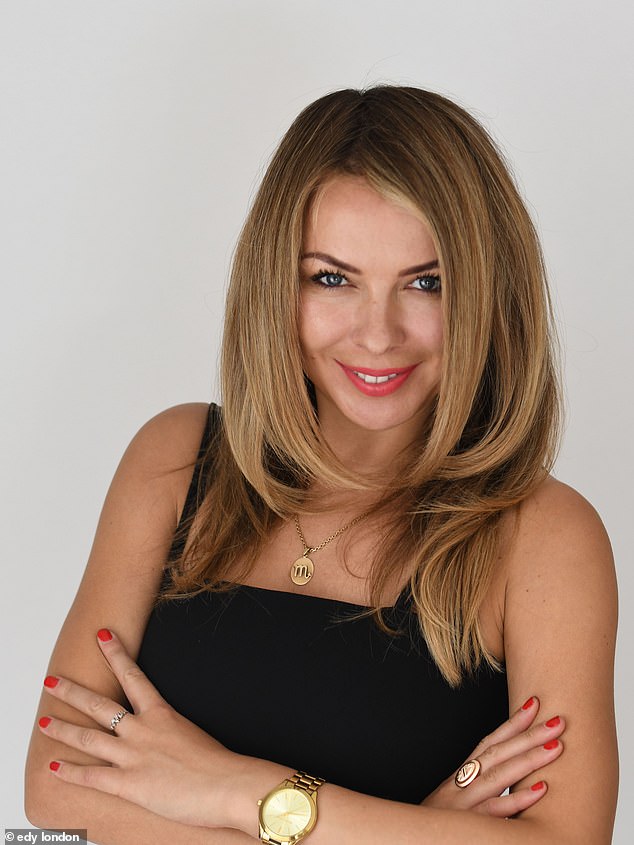 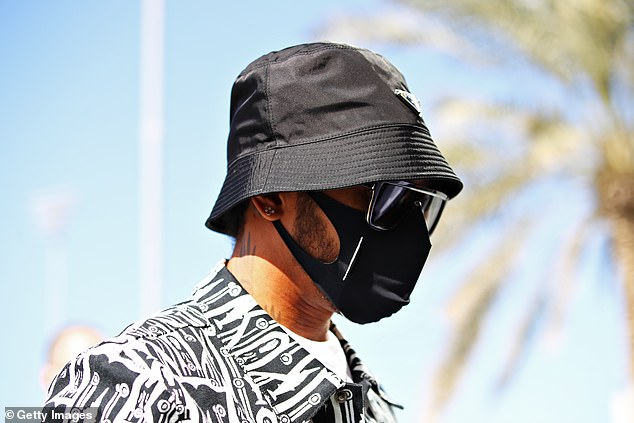