Sheryl Underwood tearfully claimed she has been suffering from post-traumatic stress disorder (PTSD) following her heated on-air clash with Sharon Osbourne, as The Talk returned to TV screens after an almost month-long hiatus on Monday.

‘I feel like I’m in PTSD, because it was a trauma, and I feel like I want to get past this,’ Underwood, 57, said while holding back tears, addressing the drama that saw Osbourne, 68, quit the CBS show after speaking up for her friend .

Osbourne defended Morgan, 56, for saying he didn’t believe was suicidal during her  interview – which lead to a very heated exchange between herself and Underwood.

During Monday’s show, Underwood also took part in a trust exercise – giving direct eye contact to her co-hosts – which she described as feeling as though she was in a ‘safe space.’ 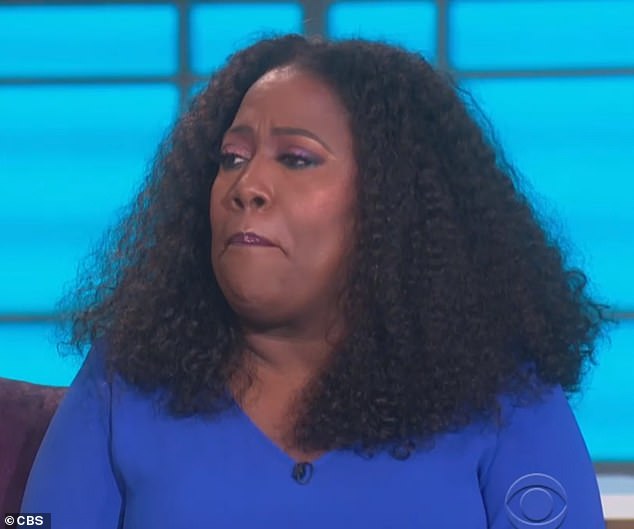 Emotional: Sheryl Underwood held back tears Monday and she claimed she has PTSD after her argument with Sharon Osbourne – as The Talk hosts return after month-long hiatusMonday

Before the panel got to their discussion about the incident – which included remaining co-hosts Carrie Ann Inaba, Amanda Kloots and former Teen Vogue editor Elaine Welteroth – Underwood gave a special introduction to camera.

‘As you may know, during our break, Sharon decided to leave The Talk. We need to process the events of that day and what happened since, so we can get to the healing,’ Underwood stated at the beginning of Monday’s show.

‘Over the next hour, we will honestly discuss what occurred and explore some of our feelings. And we’ll also show you how anyone can become more comfortable discussing important issues and having difficult conversations. By the end of the hour, we want everyone to feel empowered and ready to move forward. So, let’s start talking.’ 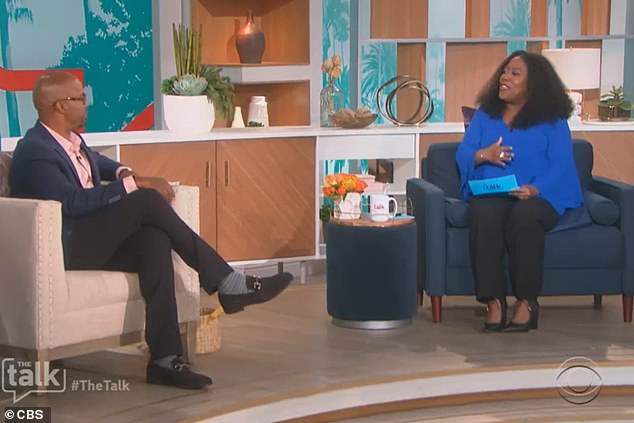 Addressing the issue: Underwood, 57, spoke to Donald E. Grant, an expert on diversity, equity, inclusion and justice, to talk about the aftermath of her argument with Sharon Osbourne 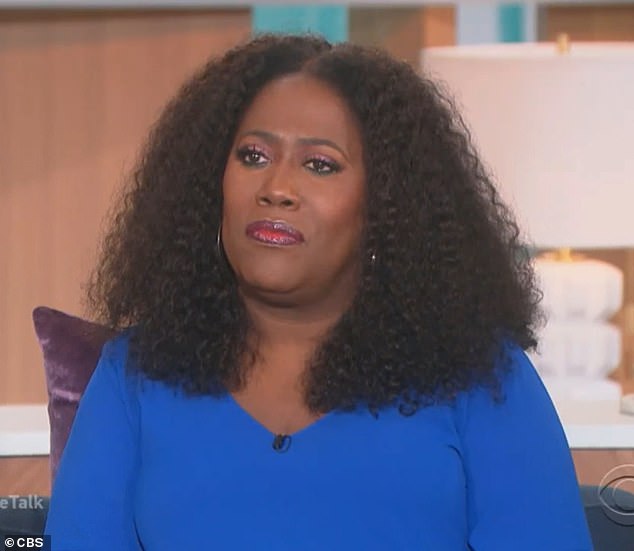 Teary-eyed: Underwood also took part in a exercise giving direct eye contact to her co-hosts which she described as feeling as though she was in a ‘safe space’

Last week, Osbourne shared text messages with DailyMail.com that she had sent to Underwood to apologize for her comments, but did not receive a reply from the stand-up comedian.

Underwood addressed this on the show, confirming that she had received the text messages but felt unsure if she was allowed to reply because it was when CBS was conducting an official investigation into the matter.

The Talk was joined by Donald E. Grant, an expert on diversity, equity, inclusion and justice, and Anita Phillips, a trauma therapist and life coach.

Phillips made the hosts do an exercise where they looked at each other directly in the eyes, which Underwood described as being ‘in a safe space’ as she sat across from co-host Kloots.

Meanwhile, Underwood addressed the drama publicly for the first time in a three-part series on her podcast titled ‘Sharon Walks Away’ last week, where she claimed Osbourne never apologized to her for the argument. 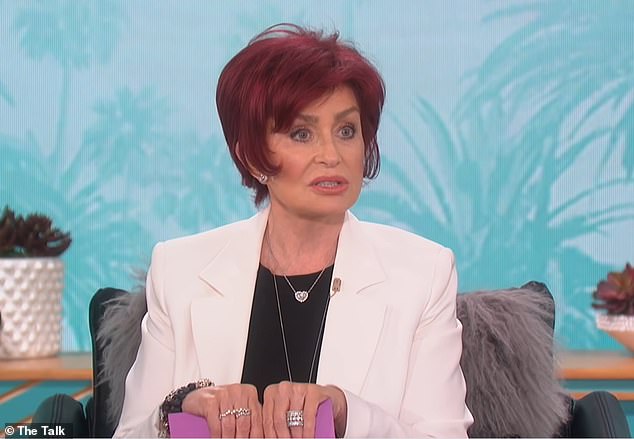 Dramatic departure: Osbourne defended Piers Morgan for saying he didn’t believe Meghan Markle was suicidal, which lead to a heated exchange between herself and Underwood

Osbourne debunked that claim by releasing screenshots of the lengthy text messages she sent to Underwood asking to patch things up.

‘I not only sent these messages to Sheryl but I apologized to her in person in her dressing room,’ Osbourne told DailyMail.com.

‘Why are you saying I never apologized Sheryl? What are you trying to do to me?

‘Why are you trying to destroy my reputation? Just be honest. Tell me.’

In the first message dated 7.28pm on March 12 – two days after the on-air row – Osbourne wrote: ‘Sheryl, My heart is heavy and I’m deeply saddened by the events that transpired on Wednesday. 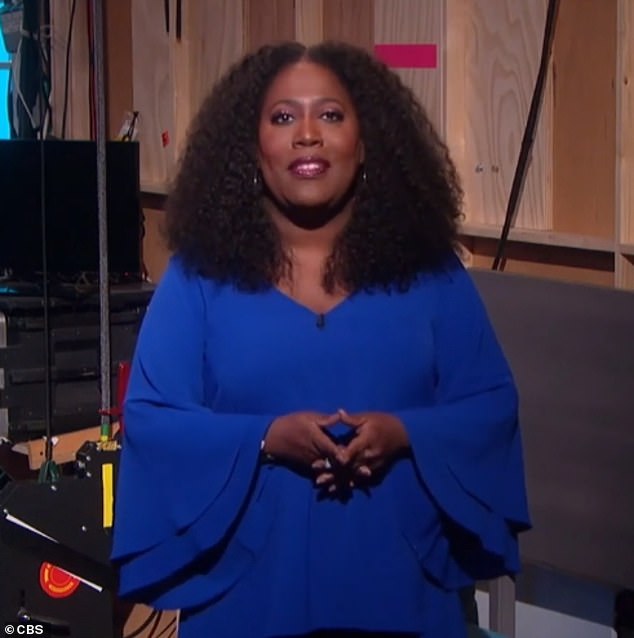 The show must go on: The Talk RETURNS from month-long hiatus after Sharon Osbourne’s controversial exit… as Sheryl Underwood says panel look forward to ‘healing’ 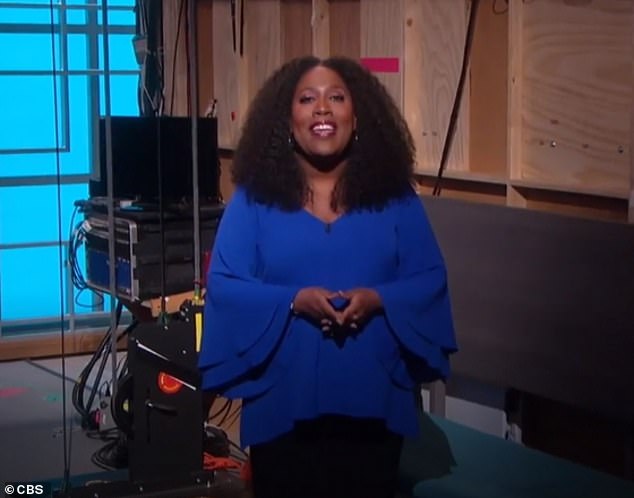 Talking: Underwood promised in her introduction, ‘by the end of the hour, we want everyone to feel empowered and ready to move forward.’ 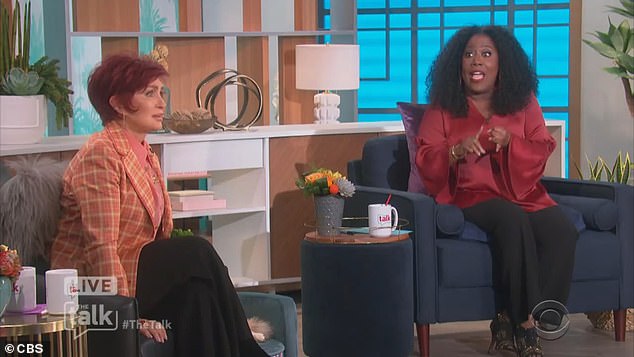 On The Talk, Osbourne defended Morgan in an on-air debate with co-host Sheryl Underwood, which turned heated as Osbourne demanded ‘educate me’ on how Morgan is racist 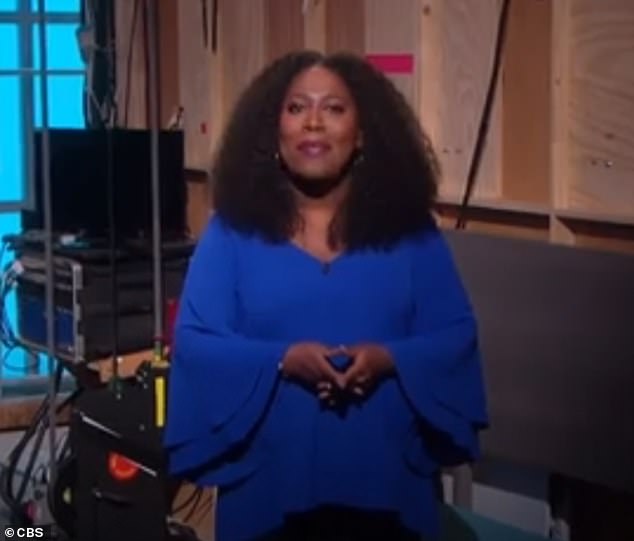 ‘I don’t want to lose my true friend over this. Im sorry for telling you to f**k off during break, I’m sorry for accusing you of fake crying while we were live on air and I’m sorry for losing my temper with you.

‘I felt shocked, scared and saddened by what felt like was a blind sided attack. You know me. You know how I’ve always had your back. We’ve outlasted everyone on this show and that’s because we’ve always been a team and had each other’s backs.

‘I consider you a genuine friend. If you want to talk on the phone over the weekend I’m here. Once again from the bottom of my heart I’m sorry.

‘Is there anything You need from me or that I can do to help you heal? Love and respect always – Sharon.’ 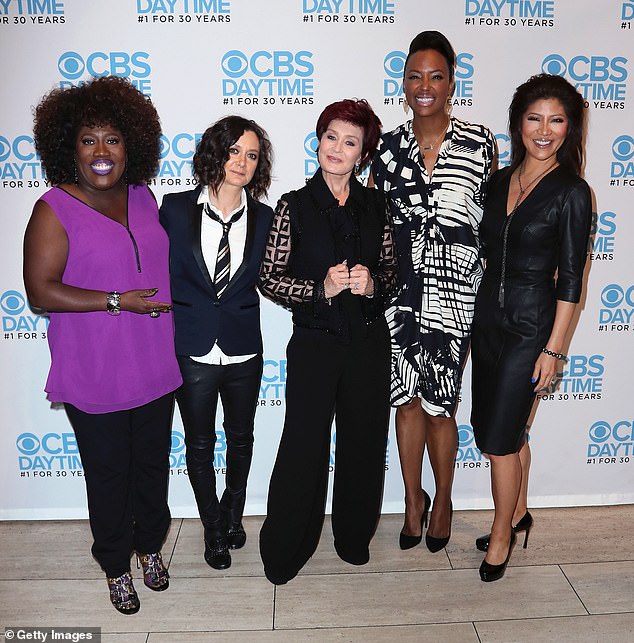 An original: Sharon Osbourne was one of the only founding hosts left on the show before her exit (above pictured with Underwood, Sara Gilbert, Aisha Tyler and Julie Chen in 2016)

That message went unanswered for three days before Osbourne sent another, dated 1.45pm on March 15.

‘Hi Sheryl. I know you’re taking space and I don’t want to disrespect that. I’m just reaching out because I want you [to] know I’m thinking about you. If you are willing, can we talk before Wednesday? Big kiss,’ she wrote.

Another three days passed before Osbourne wrote on at 4.32pm on March 18: ‘Sheryl I am thinking about you. Hope you are well. Sending my love.’

On her podcast, Underwood claimed that she and Osbourne had not spoken since they faced off on set on March 10.

Asked if Osbourne had reached out to apologize, Underwood said: ‘No’ and shared her phone history to corroborate that claim. 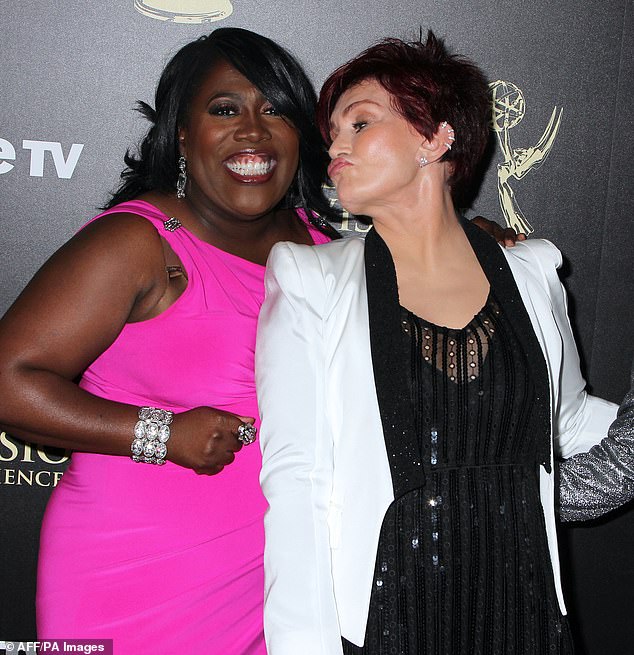 The controversy began on March 10 when Osbourne delivered a vociferous defense of her friend Morgan, who quit Good Morning Britain after furious criticism of his staunch insistence that he did not believe Markle’s explosive claims about experiencing racism in the Royal family in her interview with Oprah Winfrey three days earlier.

Underwood, who is black, pushed back hard and accused Osbourne of downplaying Morgan’s comments.

‘Educate me, tell me when you have heard him say racist things,’ Osbourne said.

‘I very much feel like I’m about to be put in the electric chair because I have a friend, who many people think is a racist, so that makes me a racist?’

Osbourne later issued an apology for her ‘panicked’ defense of Morgan and The Talk was placed on hiatus as an internal investigation was launched.

Osbourne (far right) and Underwood (second from left) got into a heated exchange over Osbourne’s support for her friend Piers Morgan (third from left), who has come under fire for comments he made about Meghan Markle and Prince Harry. Morgan posted this photo in February 2020 of the show’s former panel from last year. From left to right: Carrie Ann Inaba, Underwood, Morgan, Marie Osmond, and Osbourne

Allegations soon emerged that Osbourne made racist remarks about co-hosts behind the scenes at The Talk – claims which she has staunchly denied.

On March 26 CBS announced Osbourne would be leaving her post on the show after more than a decade.

‘Sharon Osbourne has decided to leave The Talk,’ CBS said in a statement confirming her departure. ‘The events of the March 10 broadcast were upsetting to everyone involved, including the audience watching at home.’

‘As part of our review, we concluded that Sharon’s behavior toward her co-hosts during the March 10 episode did not align with our values for a respectful workplace,’ the statement continued.

‘We also did not find any evidence that CBS executives orchestrated the discussion or blindsided any of the hosts,’ CBS said, responding to allegations from Osbourne’s camp that she was ‘set up to fail’ by being spurred into the debate by producers.

‘At the same time, we acknowledge the network and studio teams, as well as the showrunners, are accountable for what happened during that broadcast as it was clear the co-hosts were not properly prepared by the staff for a complex and sensitive discussion involving race,’ the statement added.

‘During this week’s hiatus, we are coordinating workshops, listening sessions and training about equity, inclusion and cultural awareness for the hosts, producers and crew. Going forward, we are identifying plans to enhance the producing staff and producing procedures to better serve the hosts, the production and, ultimately, our viewers,’ CBS said.

Osbourne had reportedly cited clauses in her contract to demand millions in severance if she were forced to quit, but it was not immediately clear whether CBS had agreed to pay out. 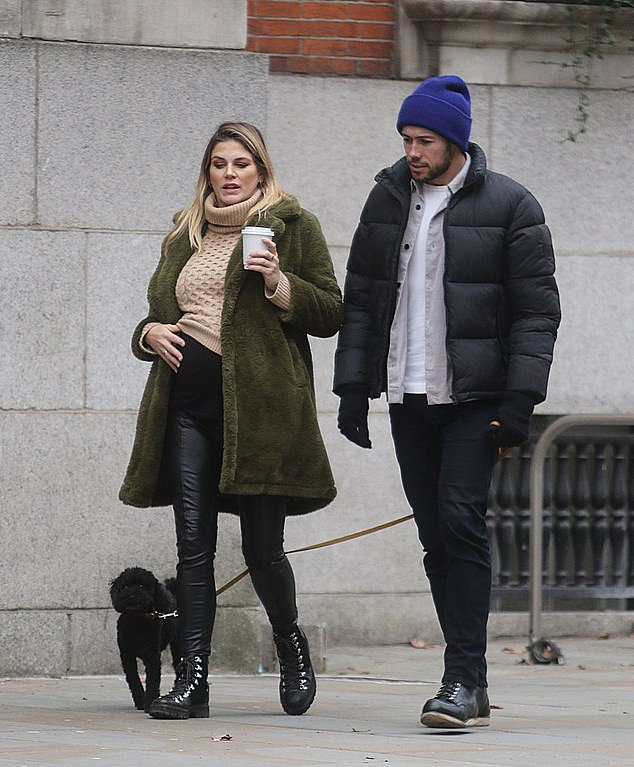 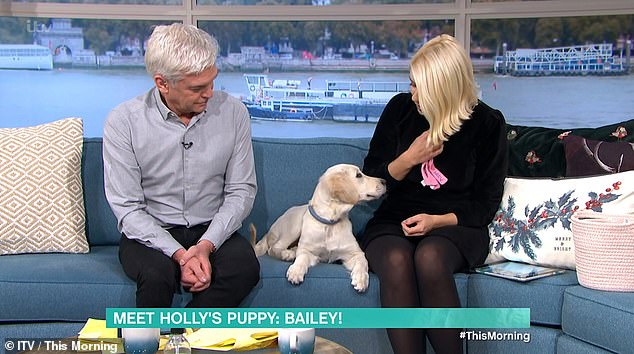 Holly Willoughby brings her new puppy Bailey to This Morning 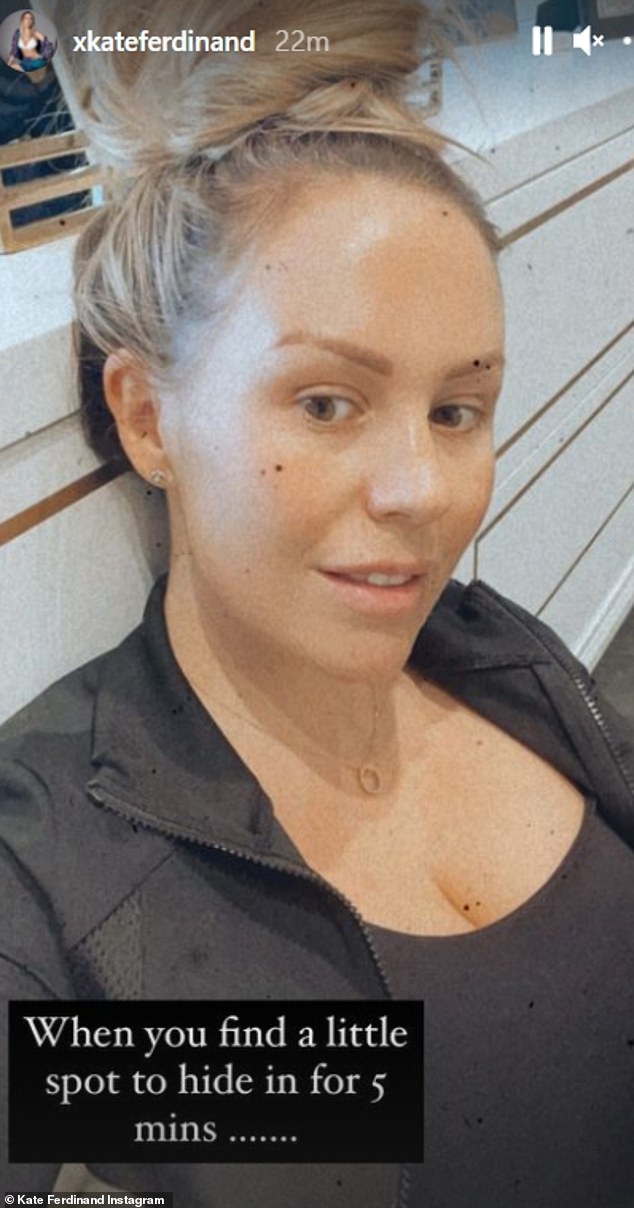 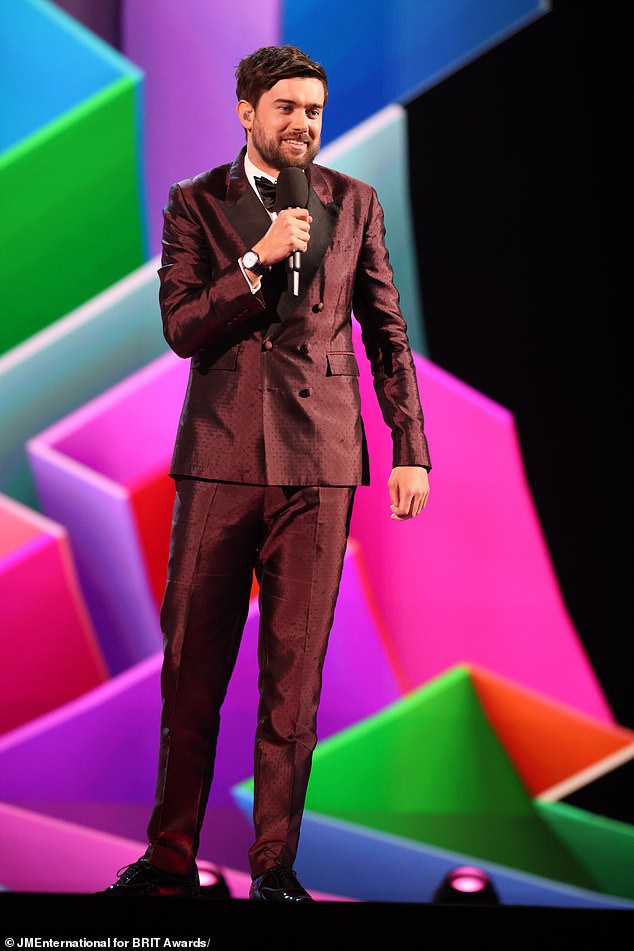 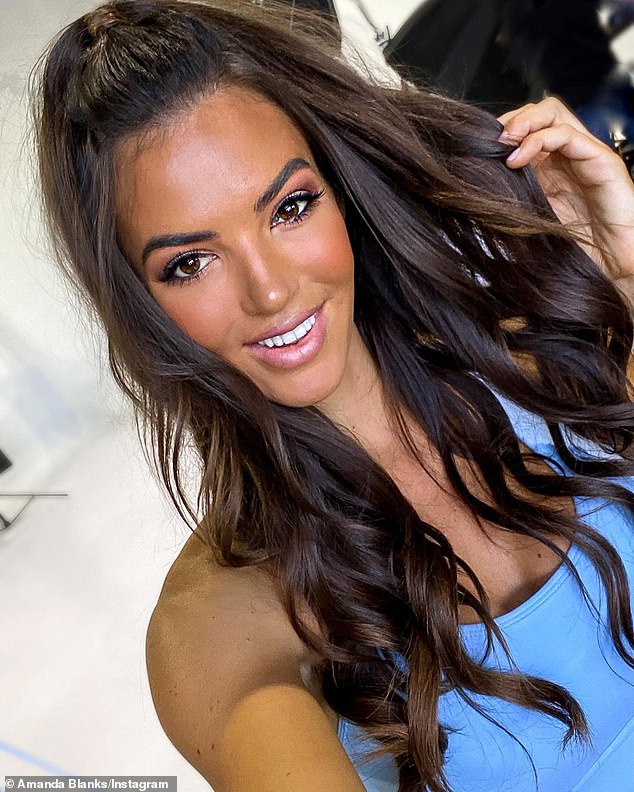 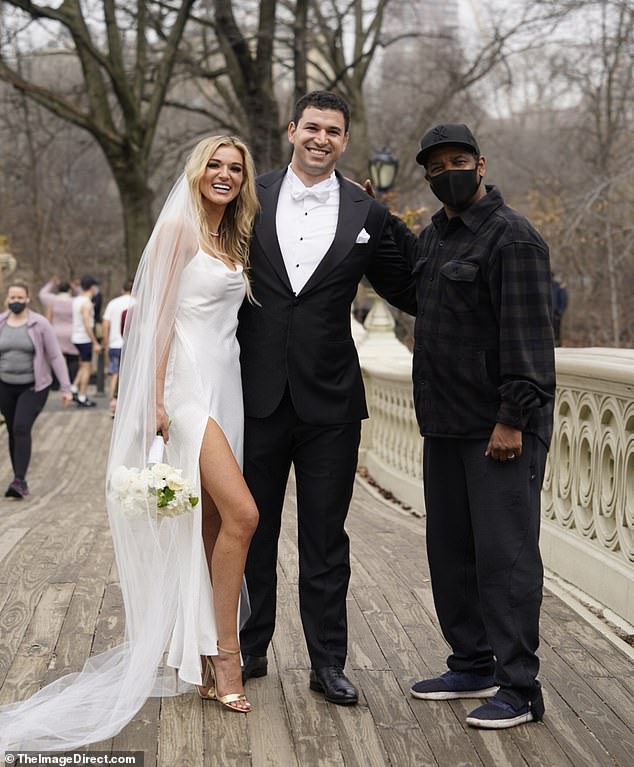 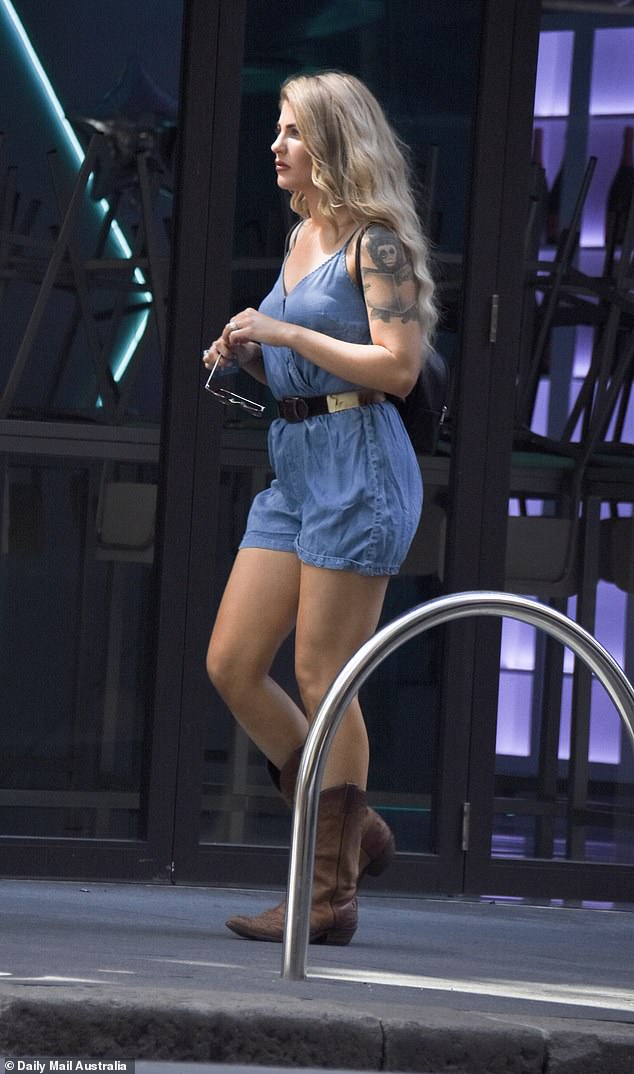 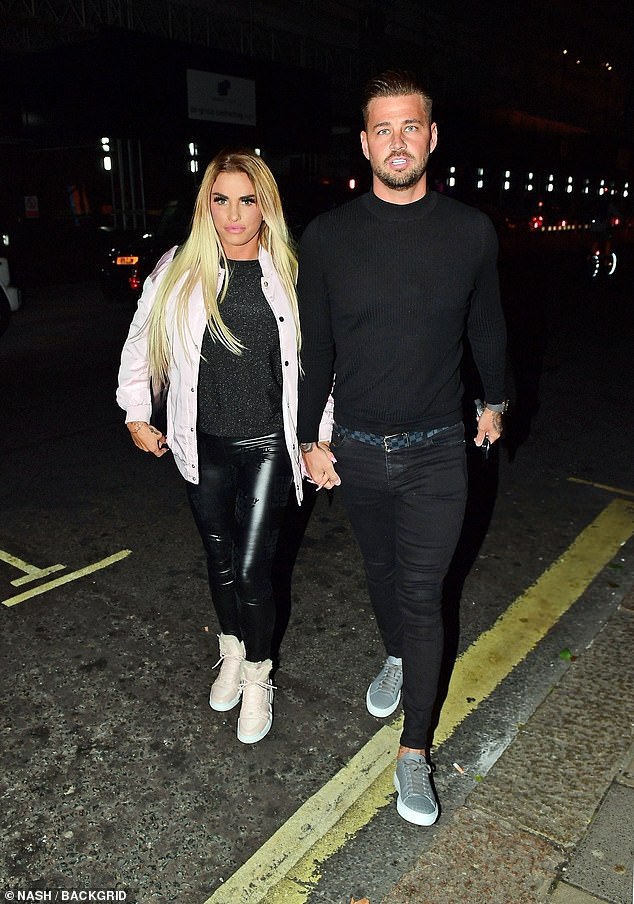