A mother has told an inquest how she pleaded with a crossbow killer to spare her unborn baby after a neighbour burst into her house and shot dead her boyfriend in a row over him smoking cannabis.

Shane Gilmer, 30, died after a crossbow bolt, fired by Anthony Lawrence, 55, broke his arm and a rib, damaged his liver and kidney and became embedded in his spine, Hull Coroner’s Court heard.

The inquest was told that Lawrence broke into the loft of the home shared by Mr Gilmer and his partner Laura Sugden in Southburn, East Yorkshire, and waited for them to return before launching his attack in January 2018.

Appearing as a witness at Hull Coroners’ Court, Laura said she was shot in the head by Lawrence and also cut her throat with the arrow after she managed to remove it.

Laura, who was 27 at the time, told the inquest that she begged Lawrence not to kill her because she was pregnant, but he told her he already knew because he had been ‘listening to their conversations for a year’. 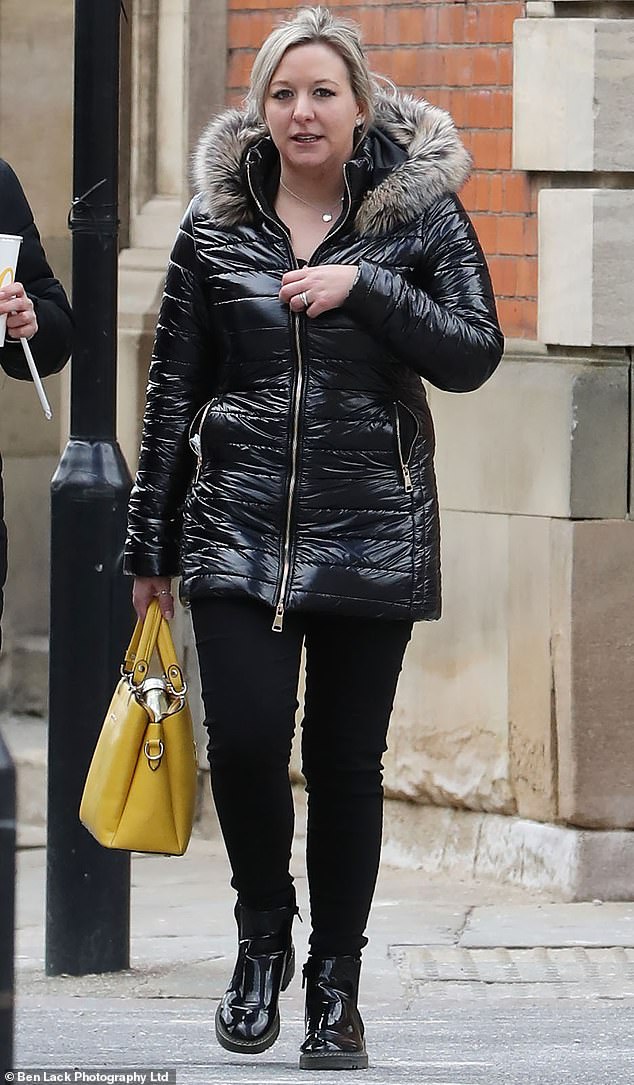 Appearing as a witness at Hull Coroners’ Court, Laura Sugden (pictured arriving at the inquest today), then 27, said she was shot in the head by Anthony Lawrence, 55, and also cut her throat with the arrow after she managed to remove it 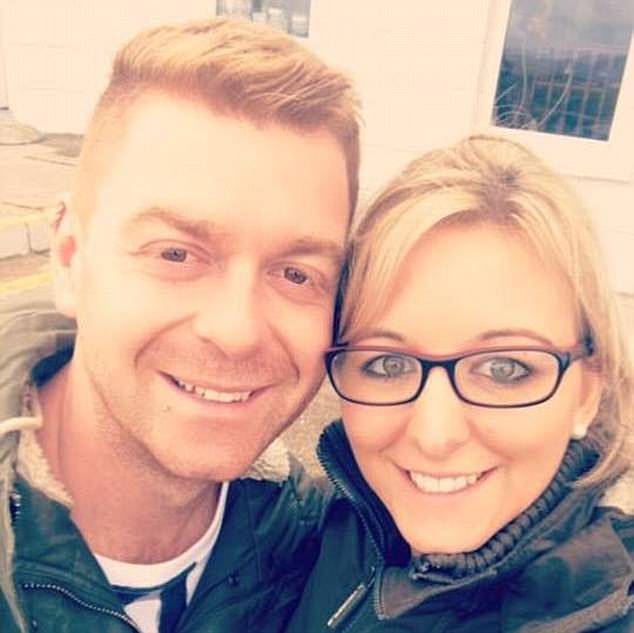 Shane Gilmer (above, with Laura), 30, died after a crossbow bolt fired by Lawrence broke his arm and a rib, damaged his liver and kidney and became embedded in his spine, court heard

She told the coroner: ‘Shane came into the bedroom and he was injured. I asked him [Lawrence] if what he had done would kill Shane.

‘He said it would and he was going to kill me too. I told him I was pregnant and he said he already knew. I asked him how he knew and he said he had been listening to our conversations for a year.’

The court heard Lawrence claimed the couple had got him evicted. Ms Sugden said: ‘I was trying to reason with him and said I didn’t know what he was talking about.

‘He said we had got him evicted.  I said I would ring the letting agent and say it was nothing to do with us.

‘He then said I was lying, I was a lying b***h because he had been listening to Shane and I for a year. He shot me in the head. At the top of my head.’

She added: ‘I took the arrow out of my head.

‘He had left the room at that point but I think he must have heard me get up so he came into the bedroom and he managed to get the arrow I had in my hand and push it on my neck.’

She said her and Shane reported Lawrence to the police and letting agent when they could smell cannabis in their house, coming from their neighbouring property.

But when the agent served him with an eviction notice, they told Lawrence it was for renovation works to the property to protect Shane and Laura.

However, after the notice was served, Lawrence twice dumped piles of manure on their drive.

Laura said: ‘My daughter was suffering really badly with her asthma, so we reported it to the police and then to the letting agent. 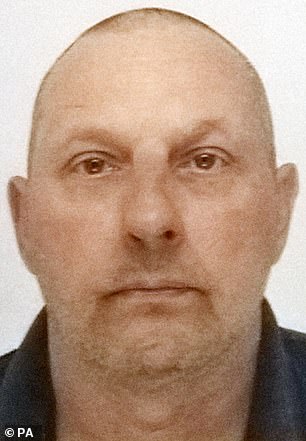 Laura said her and Shane reported Lawrence (above) to the police and letting agent when they could smell cannabis in their house, coming from their neighbouring property

‘It smelt more powerful than just someone smoking it, it was more overpowering as if it was being grown.

‘When the letting agent went round to his house, she said it was very odd and something was definitely wrong, just by the way he had acted.

‘To me, it seemed that he knew it was us who had reported him to the letting agent.’

Laura also told the court Lawrence had previously threatened to kill Shane with an axe when the tragic father asked him to turn his music down in the autumn of 2016.

Lawrence, who had the axe in his hand, told Laura: ‘I’ll f***ing kill you too’ when she left her house to see what the commotion was, the court heard.

She told the court: ‘It just seemed strange, he seemed to know it was Shane knocking on the door and why he would come to the door with an axe.

‘Shane hadn’t even got to the back gate before he came out carrying on and screaming at him.’

On the night of the attack, Laura and Shane had been out to Gino D’Acampo’s Italian restaurant in Hull, the inquest heard.

When they arrived home, Laura said she noticed a dark stain on the cream carpet underneath the loft hatch.

She told the court she opened her daughter’s bedroom door to find Lawrence stood with the crossbow. She said Lawrence accused the couple of ‘cooking up a plan’ with the letting agent to get him evicted. 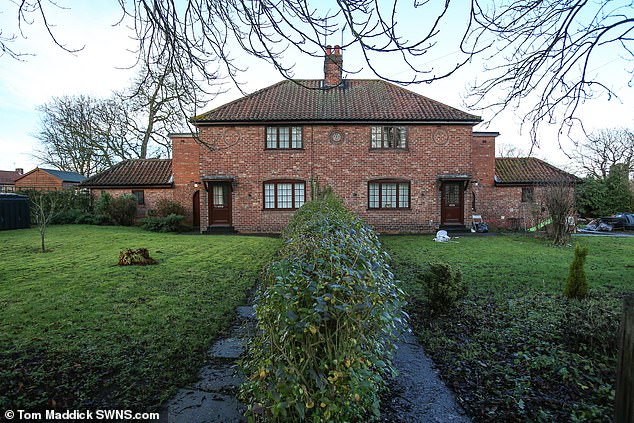 Laura said she tried to fight Lawrence off and managed to get on top of him at one point, but when she called Shane, he was too badly injured to help.

The court was also read a transcript in which Shane told the operator: ‘It is right in – about ten inches into my body – and it has ripped through my arm as well.’

Laura told the inquest Shane’s final words to her were to tell her to get out of the house to safety.

She said: ‘I got on top of him [Lawrence] with the arrow and I asked Shane to help me. I thought he could help me get the arrows in him. He just cried and said he couldn’t.

‘Lawrence left the room and Shane said to go and get help. I said I didn’t want to leave him, but he said ‘keep you and baby safe or I’ll never forgive you’.’

Laura sprinted 20 metres to a neighbouring property to raise the alarm, the inquest heard.

In a statement read out to the court, neighbour Thomas Rymer recalled Laura knocking at his window in the minutes after the attack in a t-shirt that had ‘white sleeves, but the rest was covered in blood’.

Laura, who had wounds to her head and neck, begged Mr Rymer and his wife Zoe for help as she frantically tried to explain what had happened.

Mr Rymer said: ‘I could see her in the glass panels in the front door. I could see where she had been banging on the door, there were blood stains on the glass.

‘I thought she might have been involved in a car accident. At some point, the girl gave her name as Laura.

‘Her hair was matted with blood and she had a t-shirt with white sleeves but the rest of it was covered in blood. I couldn’t believe the amount of blood coming from her.’ 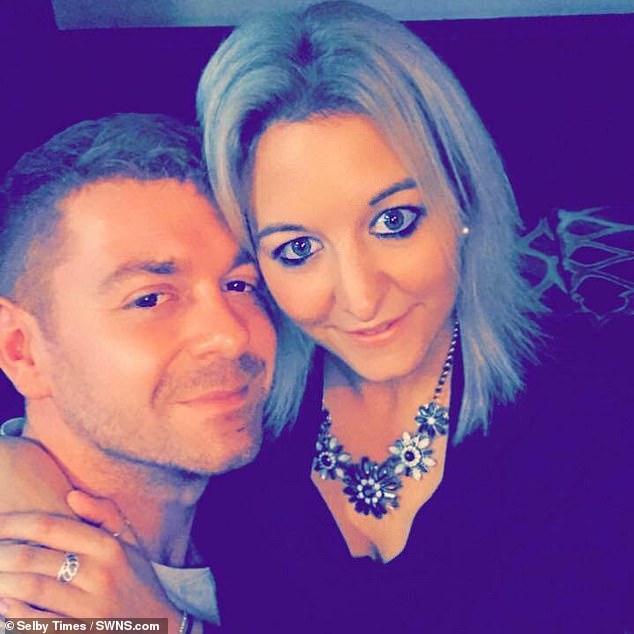 Zoe Rymer said: ‘She was covered in blood from the top of her head and all over her upper body.

‘She had so much blood on her face that I thought she had gone through the windscreen of her car. Then I heard her screaming “you’ve got to get help for my partner”.’

Both were taken to Hull Royal Infirmary but Shane suffered a cardiac arrest and died on arrival at the hospital. Laura’s baby was unharmed in the ordeal.

Dr Matthew Lyall, a Home Office forensic pathologist, told the inquest that Shane died as a result of crossbow bolt wounds to his torso and right arm.

The inquest heard that the broken shaft was still in Mr Gilmer’s body and was ‘difficult to remove’.

Dr Lyall said he found that Shane had a heart abnormality, which may have made him more vulnerable to blood loss.

Prof Marks described crossbows as a ‘deadly and vicious weapon’, adding he intended to write a report at the conclusion of the inquest addressing the fact the purchase of such weapons is ‘completely unregulated’. 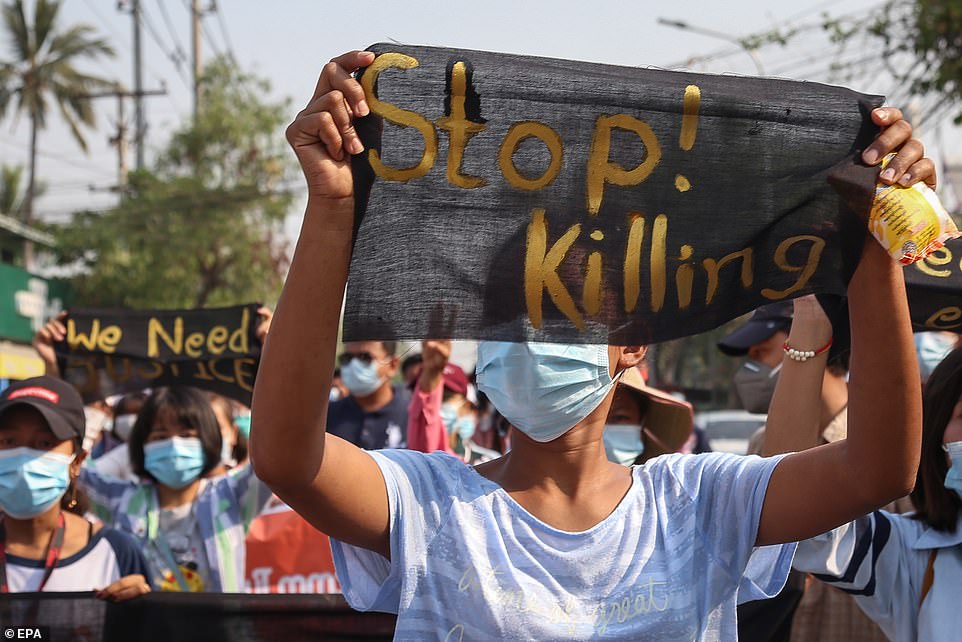 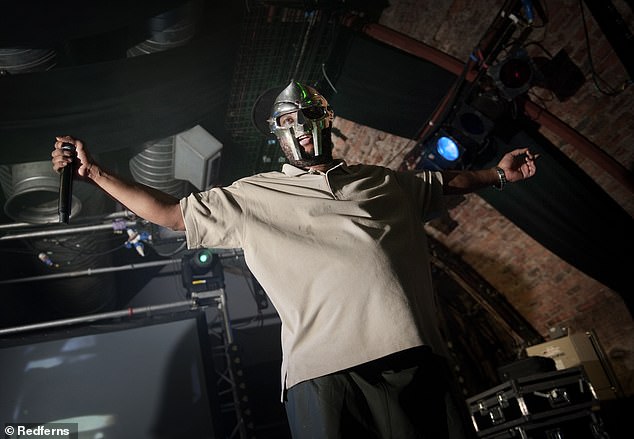 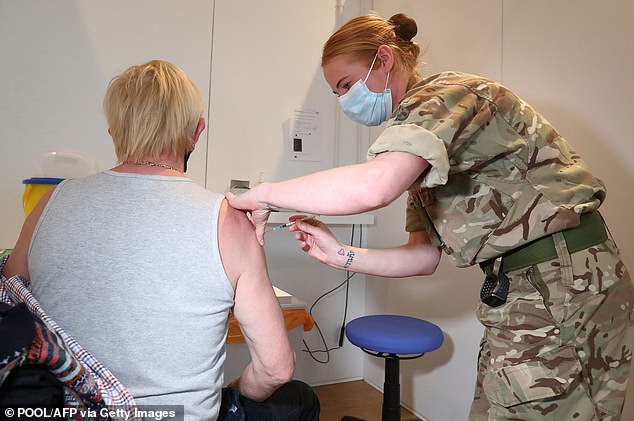 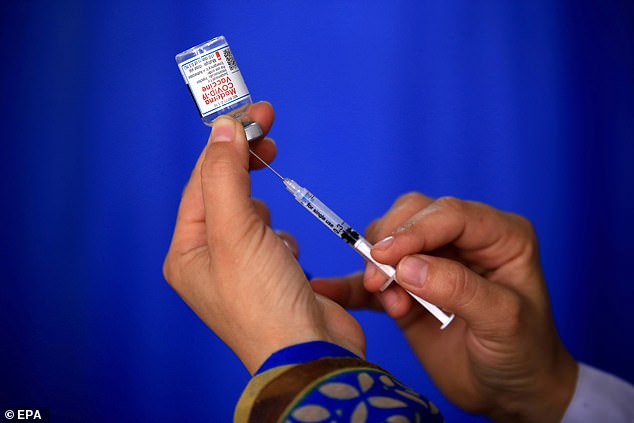 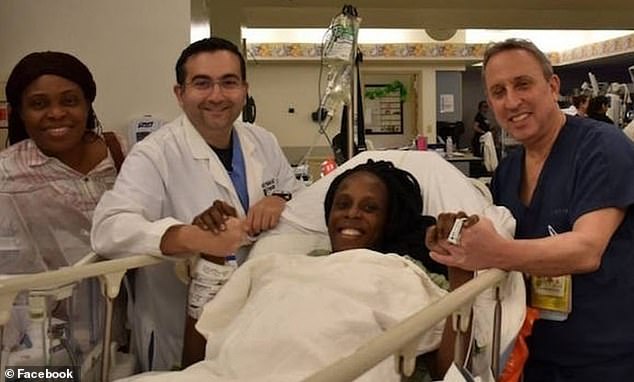