She split from her co-star James Lock and relocated to Dubai in February.

And Yazmin Oukhellou looked stunning as she flaunted her taut abs and eye-popping cleavage in a sizzling bikini snap on Saturday.

The former reality star, 26, threw shade at her haters from the United Arab Emirates and told her followers: ‘People who are intimidated by you talk bad about you in hopes that others won’t find you so appealing’ 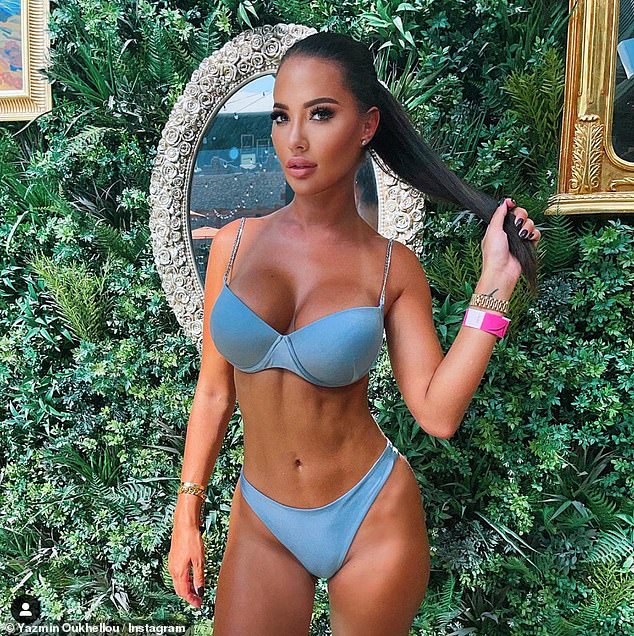 Beach babe: Yazmin Oukhellou looked stunning as she flaunted her taut abs in a sizzling bikini snap from Dubai on Saturday

Make a splash like Yazmin in a bikini by Theanna

Yazmin wowed her followers as she showed off her incredible physique in a muted blue bikini.  Glammed up for her trip to the pool, Yazmin looked flawless as she donned a full face of make-up, including fake eye lashes.

She accessorized the swimwear with a pair of subtle gold bangles, diamond stud earrings and a chunky watch.

And the recent expat swept her chestnut tresses up into a sleek ponytail, which she clutched the end of as she worked her angles for the camera.

The post comes after the Essex native recently embarked on a new career in Dubai, following the breakdown of her relationship with James. 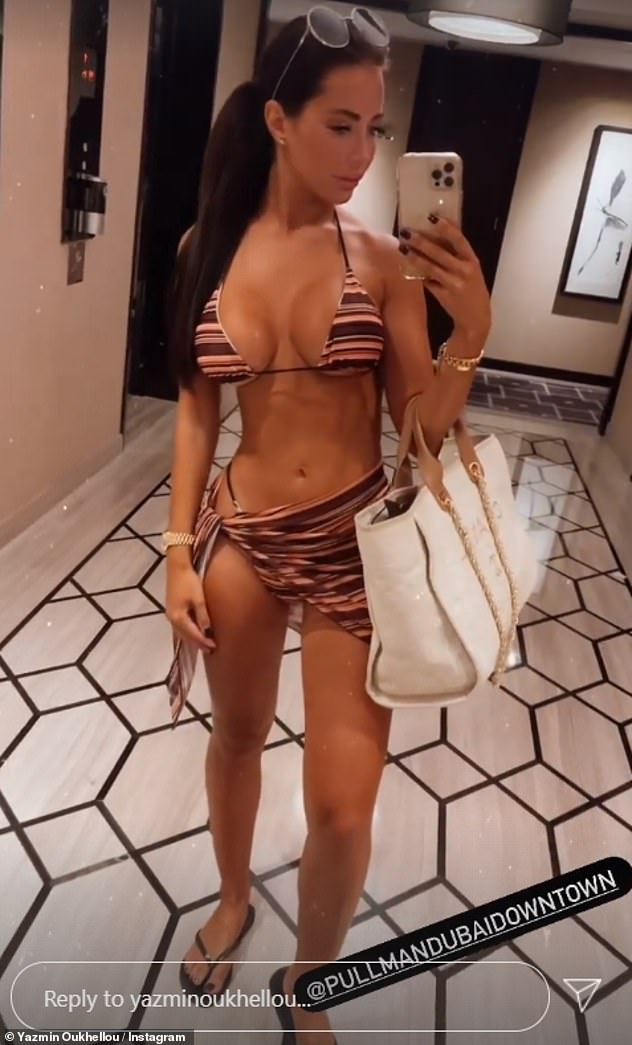 Relocation relocation: Yazmin left her reality TV career behind two months ago to become a real estate mogul in Dubai

Yazmin turned her back on the new series of The Only Way Is Essex because she ‘wants to pursue a career in real estate in the United Arab Emirates’.

A spokesperson for TOWIE told ‘Yaz has decided to stay in Dubai to pursue a career in real estate so she won’t be starting this series of The Only Way is Essex.

‘We support this decision and wish her well in this new venture. As with other cast, the door remains open should she return to Essex.’

Yazmin has posted a number of Instagram posts of her new job, working for real estate brokers Property Hawk, in the office and out on viewings with clients. 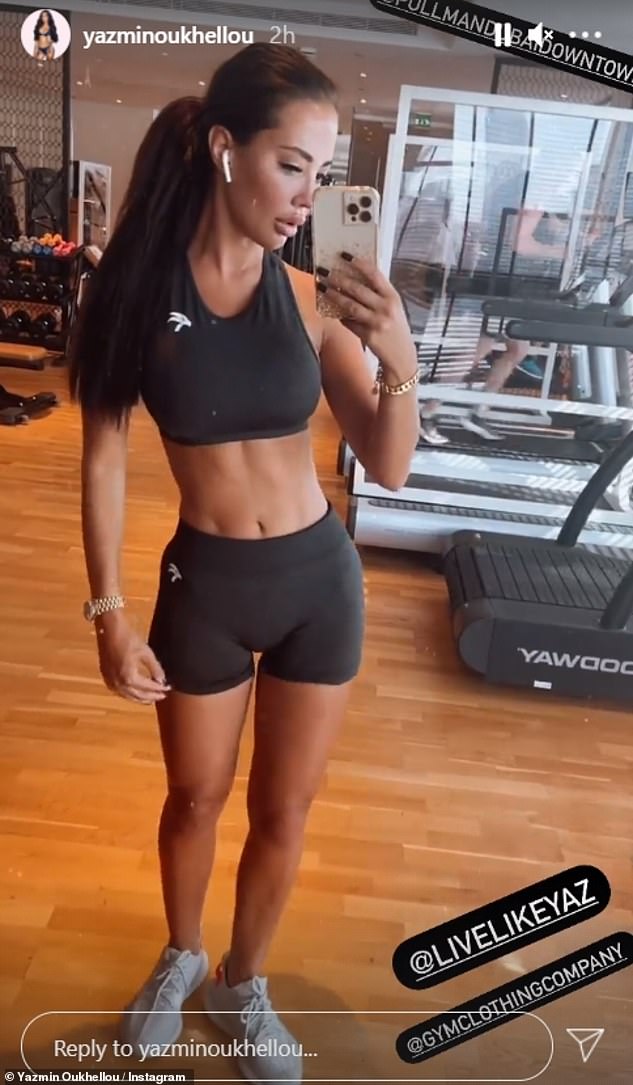 Fresh start:  The Essex native recently embarked on a new career in Dubai, following the breakdown of her relationship with ex James Lock in February

Dubai is on the UK’s red list of countries, meaning if Yazmin had decided to return home to star in the next series, she would have to pay £1,750 for a mandatory, 10-day quarantine at a government-mandated hotel.

Yaz made the fresh start after the beginning of her trip to Dubai was marred by the breakdown of her relationship with co-star James.

The TOWIE couple mutually agreed to cut ties after their relationship turned toxic in February, with James flying home and Yazmin staying in the UAE.

A source previously revealed to MailOnline: ‘James and Yazmin haven’t been in a good place for a while now and living together in Dubai only put further strain on their relationship. 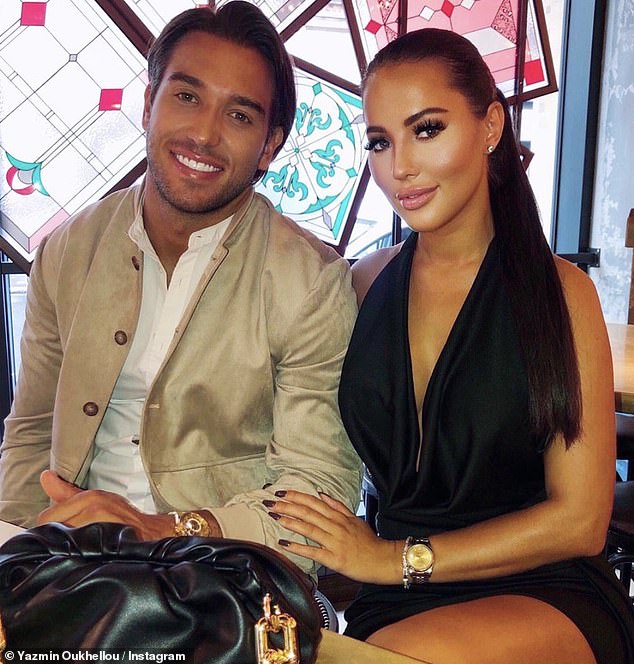 See ya! The TOWIE couple mutually agreed to cut ties after their relationship turned toxic, with James flying home from Dubai while Yazmin stayed in the UAE (pictured in 2020) 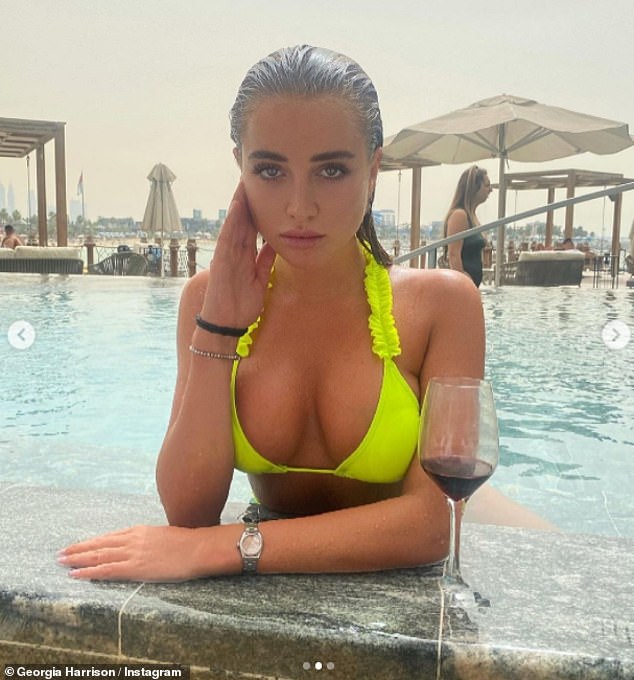 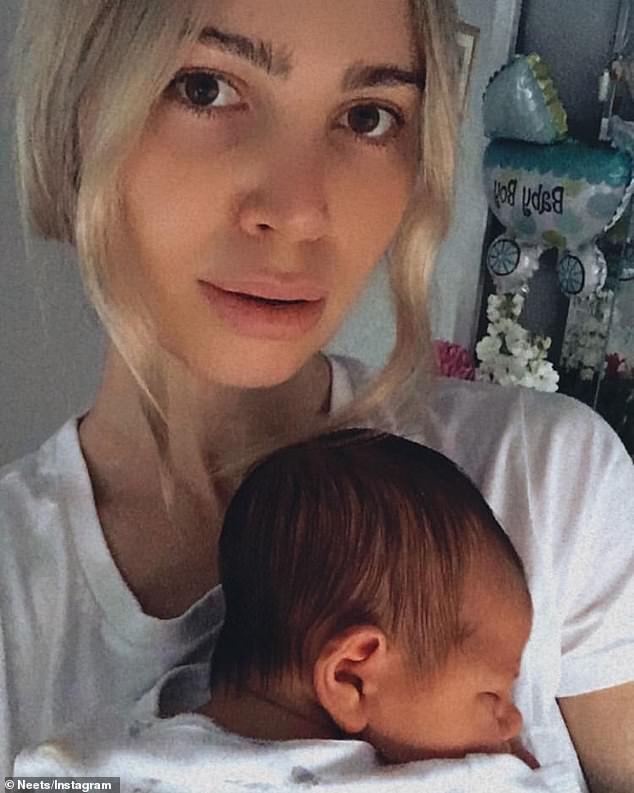 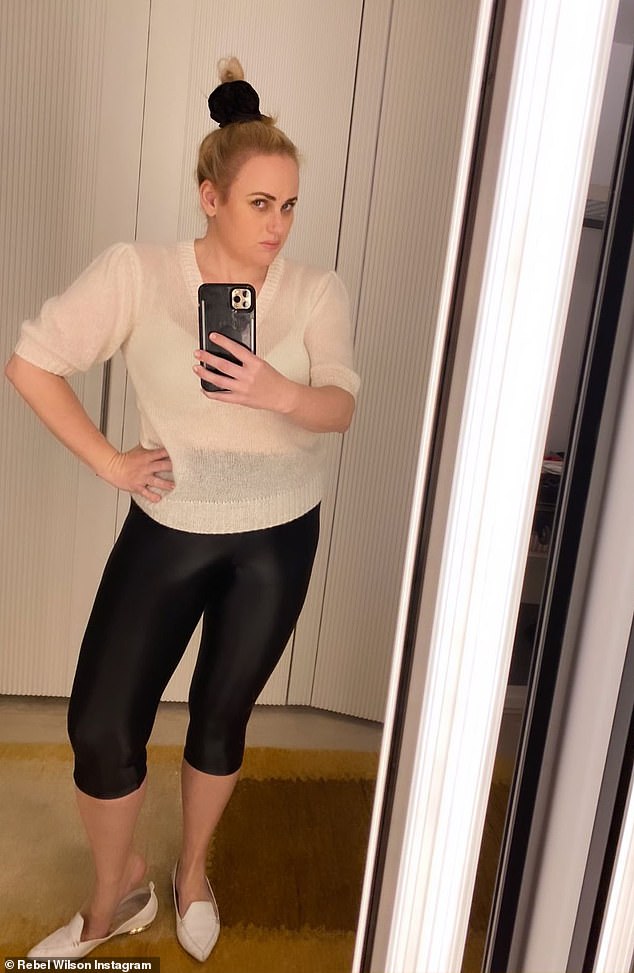 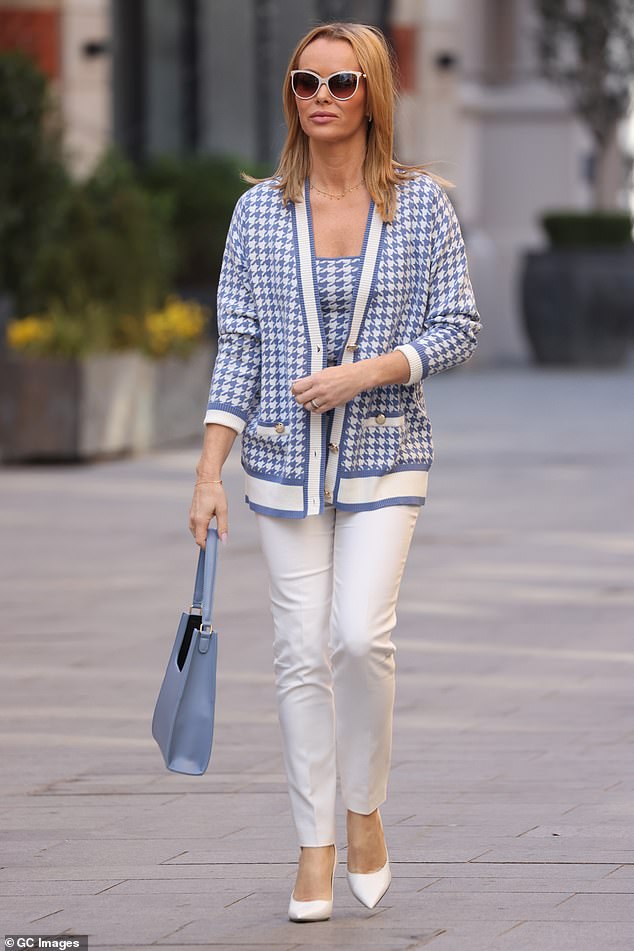 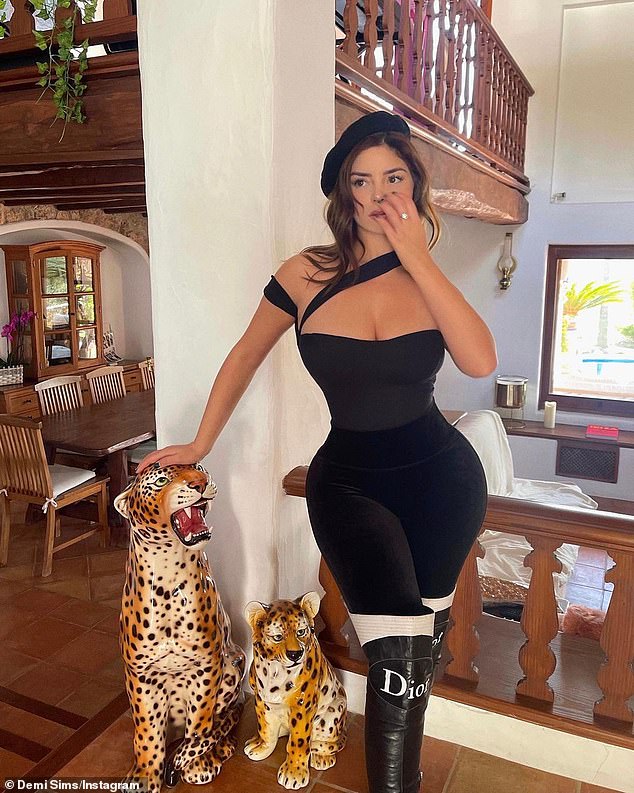 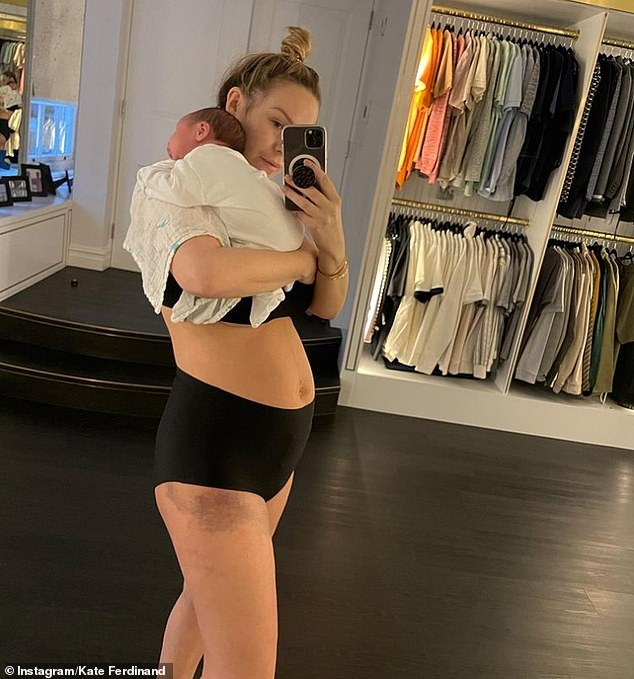 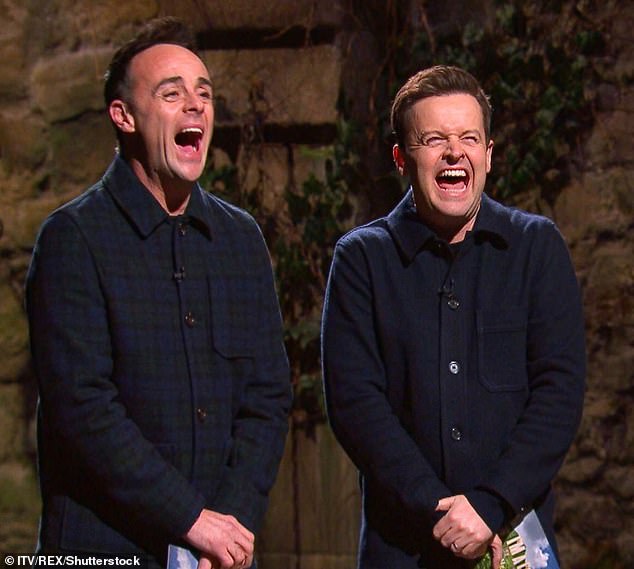 EXC: I’m A Celeb forced to relocate to Wales 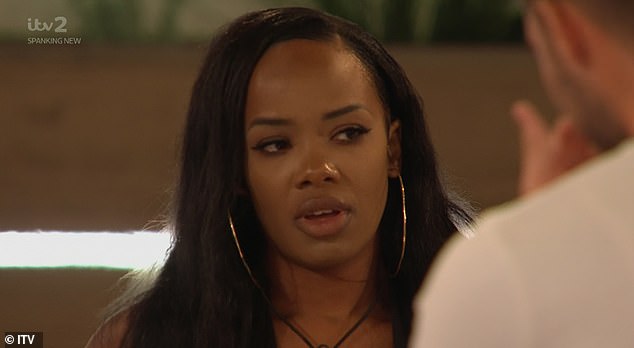 Love Island: Rachel chooses BRAD… who says her looks have ‘room for improvement’