A rapper who was convicted then cleared of killing a Holby City actor’s daughter has been filmed with a gun and lines of white powder on a table.

Ceon Broughton, who supplied girlfriend Louella Fletcher-Michie with the drugs that killed her, appeared in a clip on a skateboarding rap gang’s Instagram story.

The footage shows him sitting at the table with another man as music blares out in the background.

Wearing a black Supreme jumper, beanie and a chain around his neck, he is surrounded by spirit bottles and lines of white power next to a bank note.

The white powder is closer to the other man, who has short hair and appears zoned out as he listens to the rap music.

Another shot from the clip shows a terrified-looking French bulldog lying on the sofa with a handgun pointing at it. 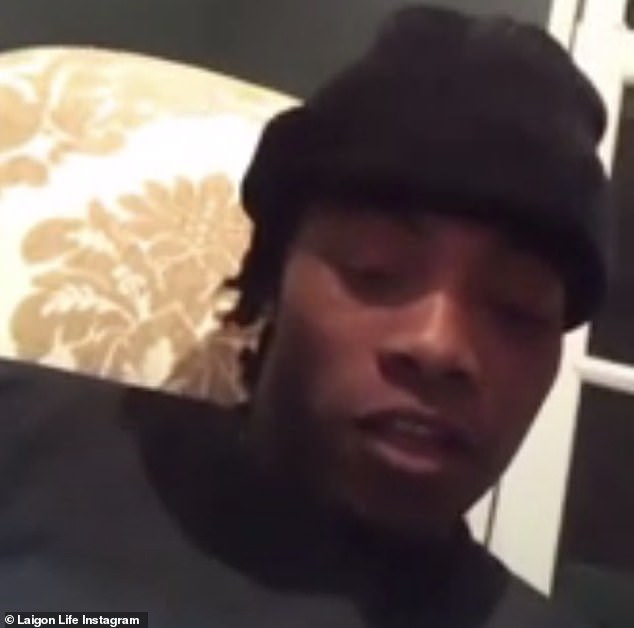 Ceon Broughton, who supplied girlfriend Louella Fletcher-Michie the drugs that killed her, appeared in a clip on a skateboarding rap gang’s Instagram story 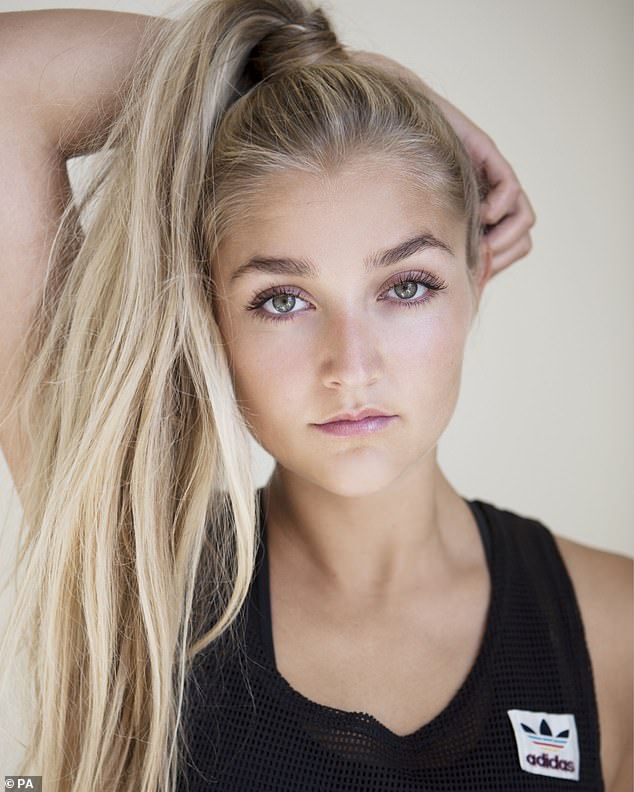 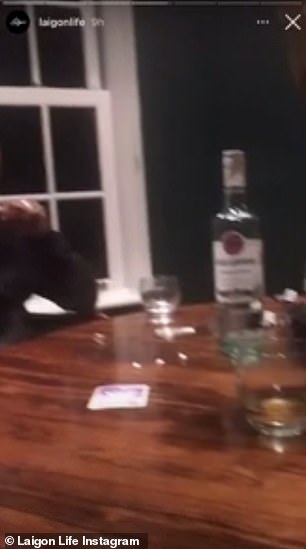 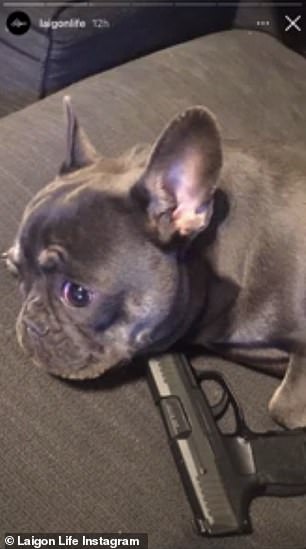 The footage shows him sitting at the table with another man as music blares out in the background. There is also a dog with a gun pointing at it and white powder on a table

The Instagram story starts with a still image of a man – possibly the other male in the video – sipping from a whiskey tumbler during the day.

He is standing outside and there is a lantern above his head that looks similar to the blue lamps that hang outside some police stations.

The screen shot has an image of Broughton in the top right corner as the pair were video calling.

There are also stills of someone – whose upper body is out of shot – carrying a bag with the face of a woman printed on it.

Another picture tries to plug Laigon Life merchandise, a black t-shirt with a skull on it. 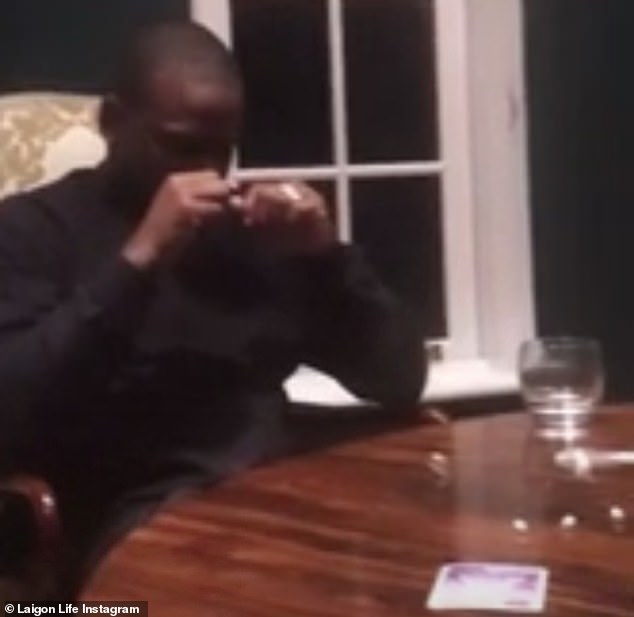 Broughton, known as Ceon RPG in the rapping world, was jailed for manslaughter by gross negligence and supplying a Class A drug in March 2019 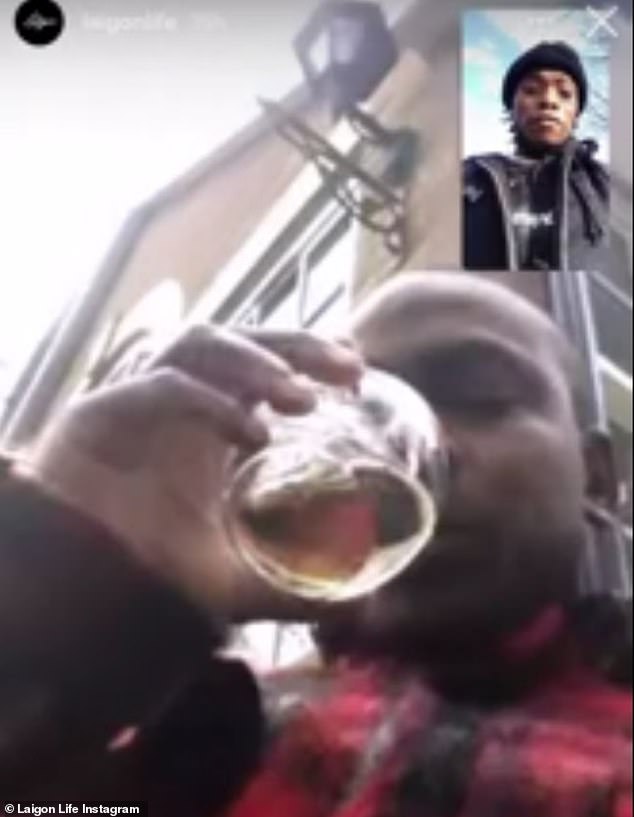 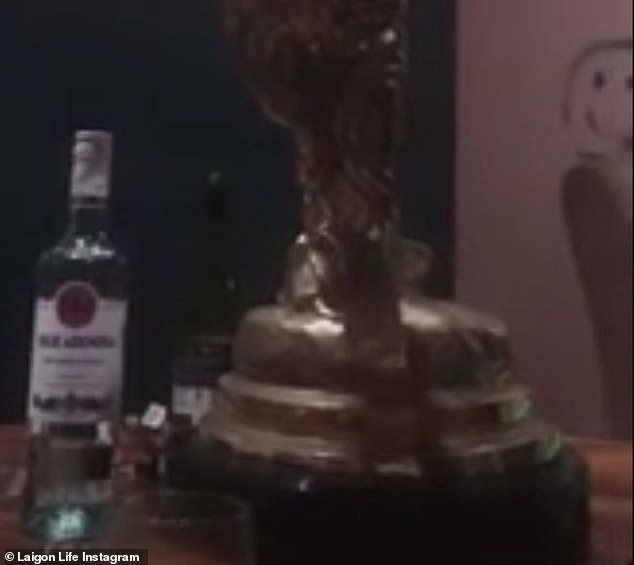 Broughton, of Enfield, north London, had his conviction quashed at the Court of Appeal in August. Pictured: A grab from the video showing booze and a statue

Broughton, known as Ceon RPG in the rapping world, was jailed for manslaughter by gross negligence and supplying a Class A drug in March 2019.

But Broughton, of Enfield, north London, had his conviction quashed at the Court of Appeal in August.

He gave his girlfriend Ms Fletcher-Michie – daughter of actor John Michie – the hallucinogenic Class A drug 2CP at Bestival in 2017.

Broughton then sickeningly filmed her for more than six hours as she overdosed and begged for help. 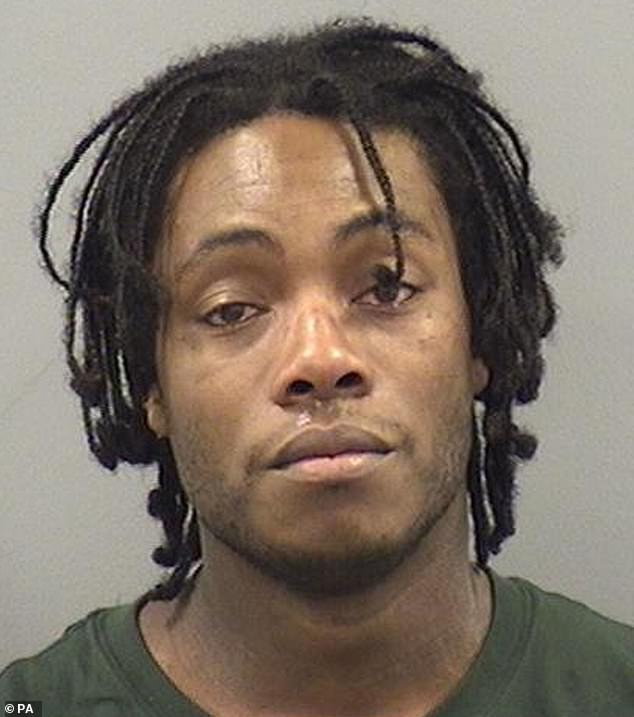 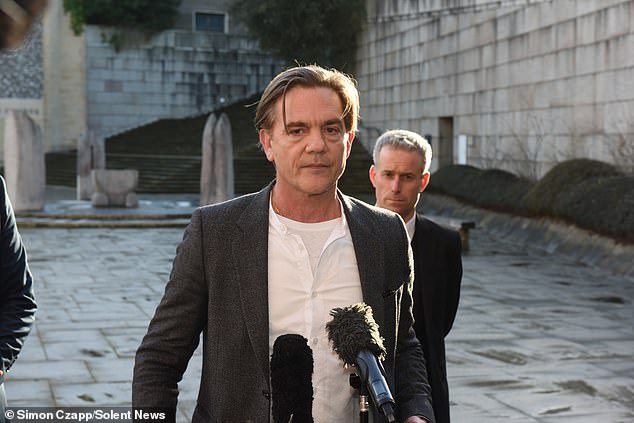 He failed to seek medical attention until it was too late even though a hospital tent was just 400m away.

During the first trial, a court heard how Broughton filmed Ms Fletcher-Michie as she grew ‘disturbed, agitated, and then seriously ill’.

He also reportedly called her a ‘drama queen’ as she lay dying. Security found her dead in woodland at Bestival at 1am on September 11, 2017 – he 25th birthday.

One shows him and another man – whose face is covered by a bucket hat – posing against a brick wall, captioned ‘stitched stains’. 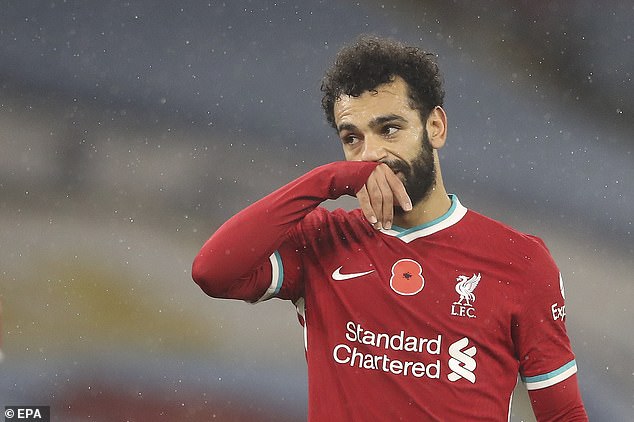 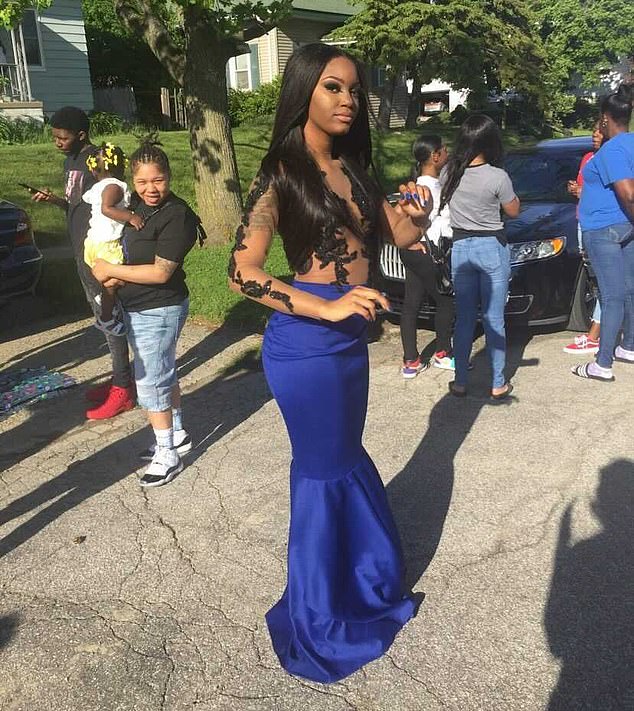 Woman, 19, shot dead by officer during Juneteenth parade after she opened fire on him from her car 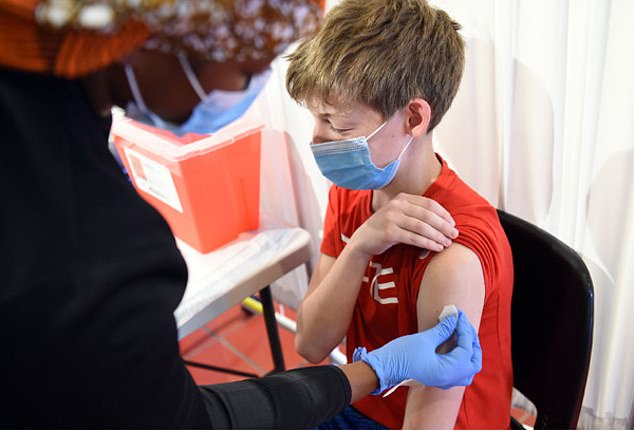 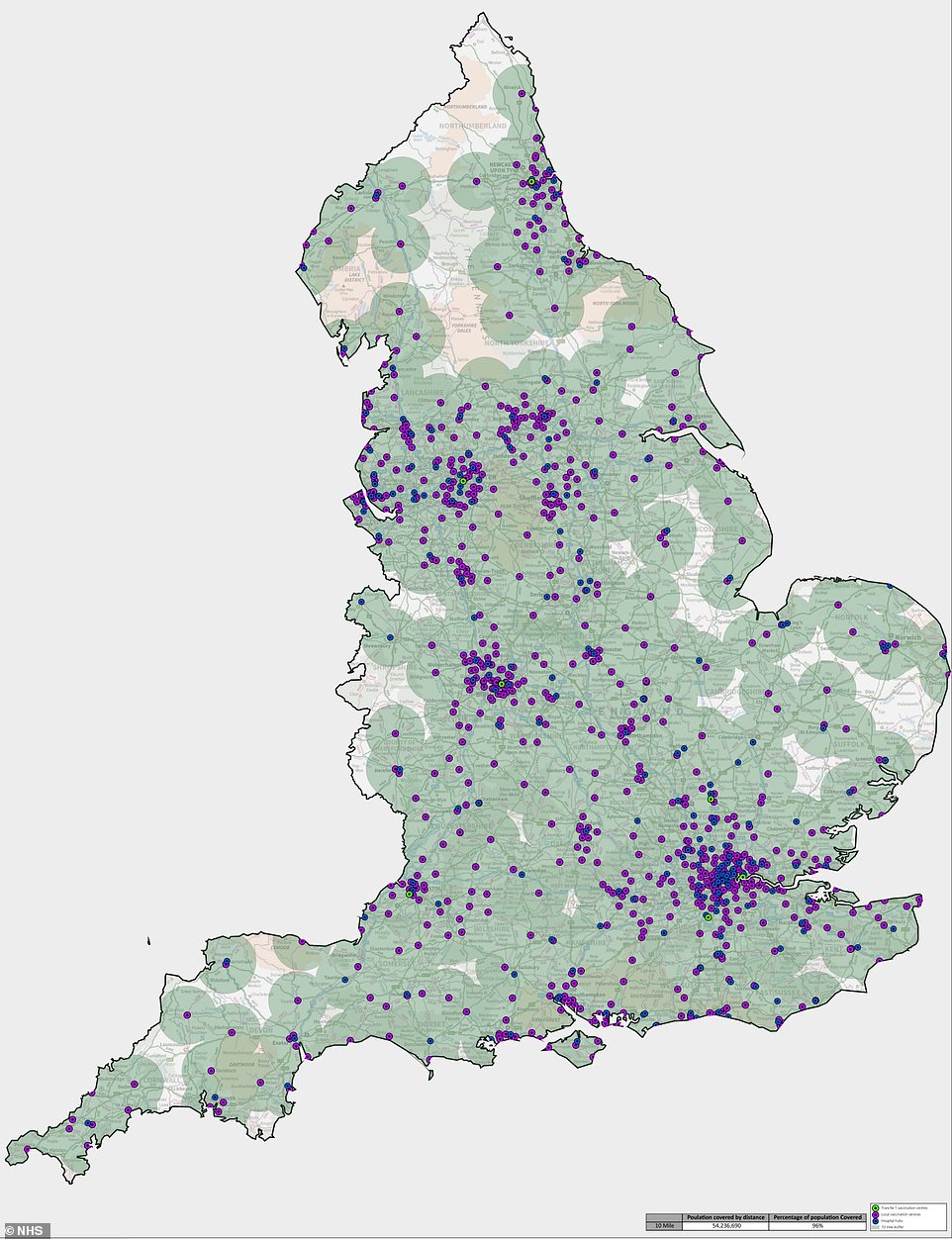 British heiress was murdered by her boyfriend for money, a court hears 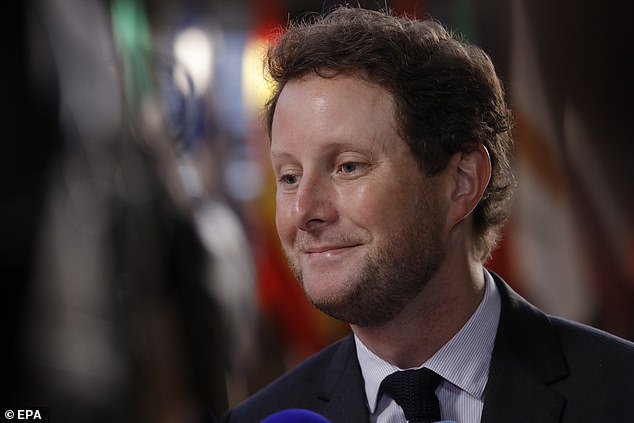 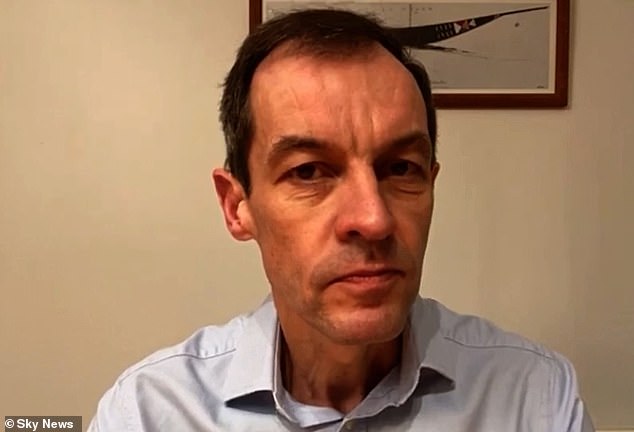