Reese Witherspoon has had a very active Easter Sunday.

The 45-year-old actress gave her 25.3 million followers a glimpse into how she was spending the holiday with her family.

The multitalented performer began by sharing a snap of her posing next to her French Bulldog Minnie Pearl, who was dressed up in a knitted bunny rabbit cap. 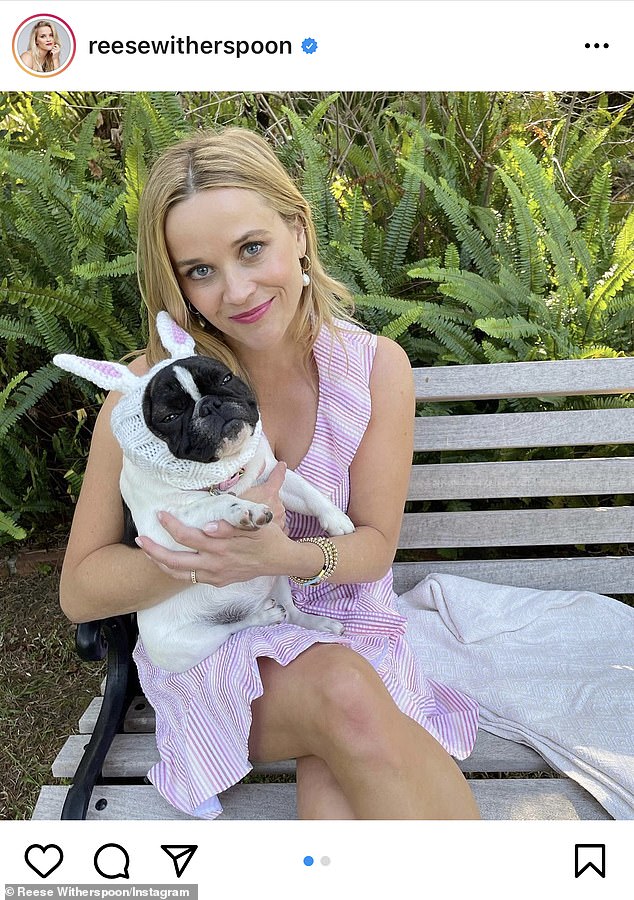 That time of the year: Reese Witherspoon got into the Easter spirit with a bundle of social media on Sunday

Witherspoon looked charming in a pink-and-white sundress from her own company Draper James, which she founded in 2015.

The Walk The Line actress accessorized with several bracelets and a pair of earrings while letting her striking blonde hair fall straight.

Though her pup was adorable, Reese revealed it wasn’t her pet’s favorite look.

She captioned the snap: ‘Listen… when they are little, you can dress them how ever you like. Am I right? Minnie’s first Easter!’ 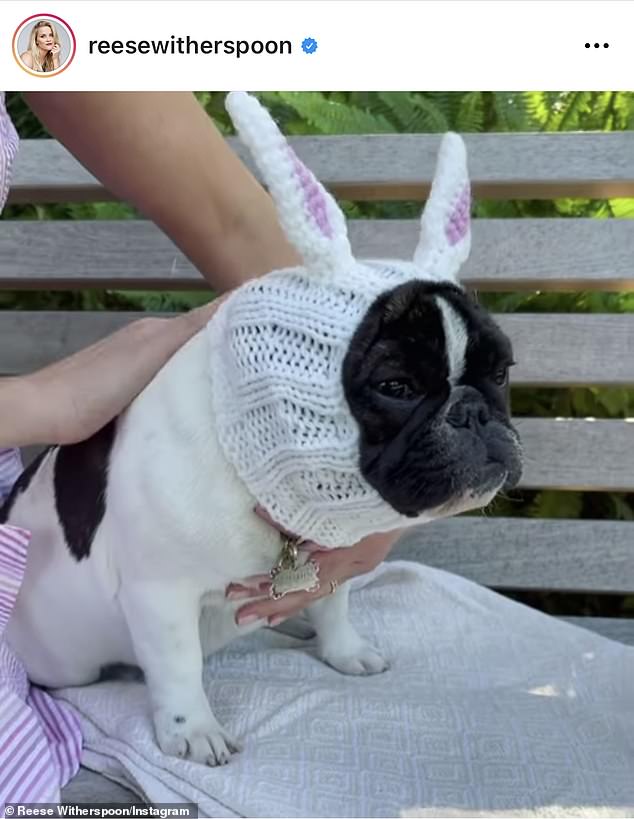 Not having it: The actress’ French Bulldog Minnie Pearl did not appear to be happy about wearing a knitted bunny-ear cap

Witherspoon also included a video of herself talking to Minnie and reminding her dog that costumes come with the territory.

She told her pooch: ‘When you’re an entertainer, you just do things that make people happy, and it’s not always your favorite thing, but that’s okay!’

The Oscar-winning actress’ Instagram Story gave her followers an inside look at how her family celebrated Easter.

The performer’s first post was meant to give her fans a better glimpse at her other puppy, Major. 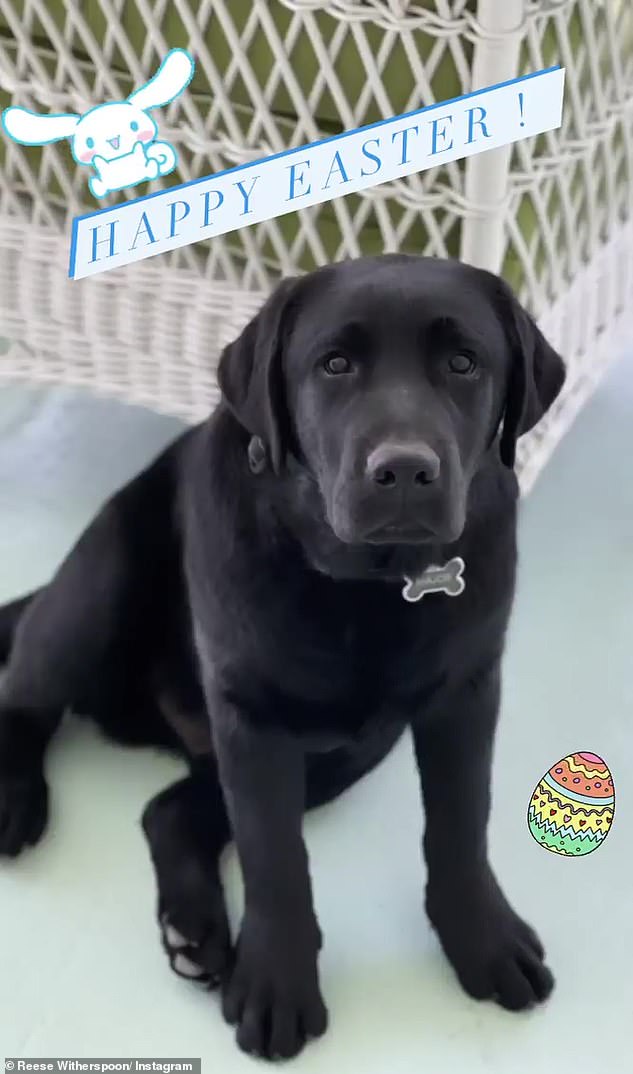 Puppy love: The Walk The Line actress’ first Story post gave her followers a better look at her other dog Major 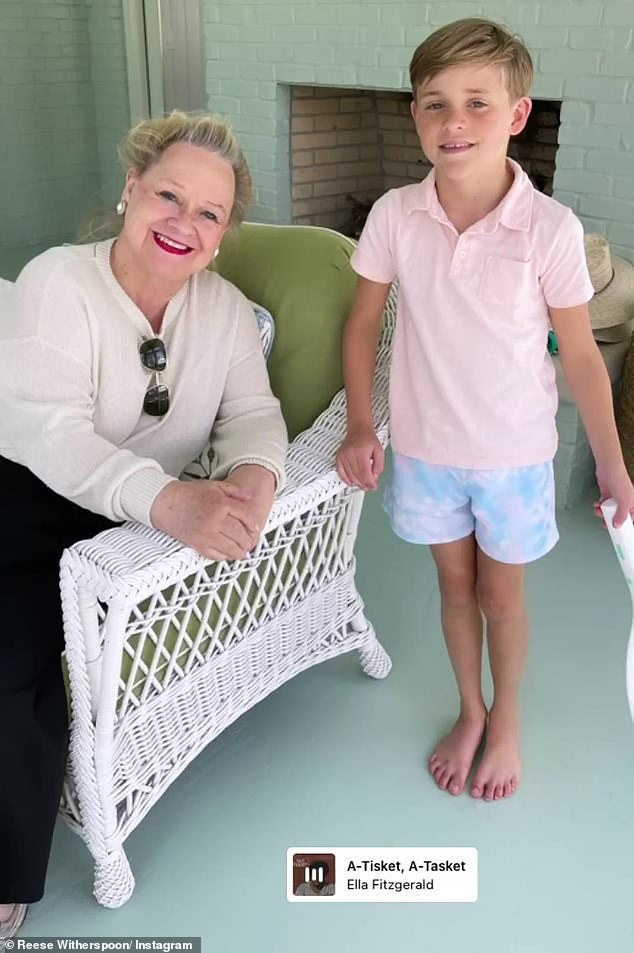 Her second video showed her youngest son Tennessee James, aged eight, spending time with his grandmother Mary Elizabeth, who appeared to be having a great time while visiting her family.

Afterwards, Witherspoon included a shot of an impressive spread of food that had been laid out for the Easter celebration.

The fourth entry of the set showed Tennessee taking a snap of his grandmother, who had graciously posed for the camera; the graphic text for the video read, ‘Budding photographer.’ 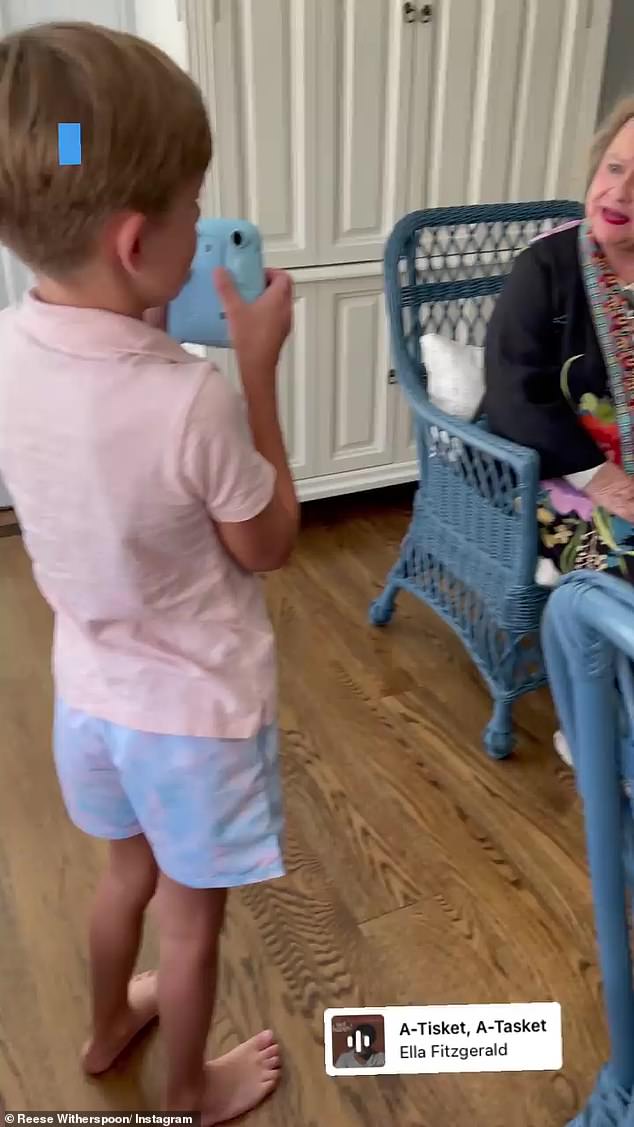 Showing off his skills: Witherspoon also got a video of her child taking a photo of his grandmother as she relaxed at a table 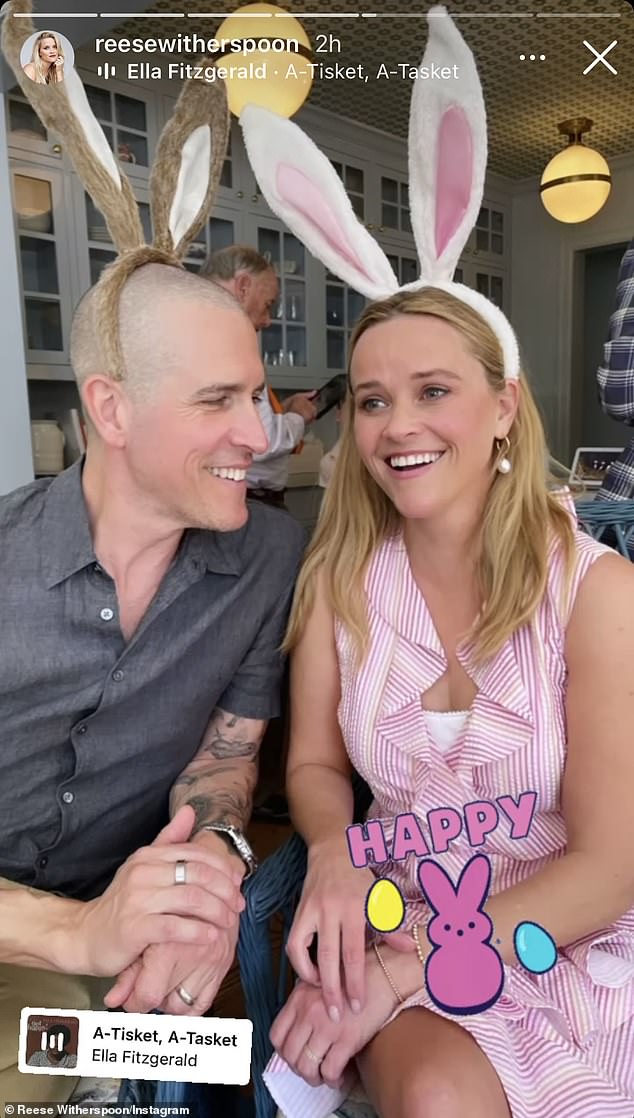 Festive couple: The Election actress posed for a shot with her husband, Jim Toth, as the two wore large sets of bunny ears

The Little Fires Everywhere actress also posed for a shot with her husband, Jim Toth, as the two both wore large sets of bunny ears.

Minnie’s second appearance on Witherspoon’s Instagram came with her sixth Story entry, where the pooch was seen being held by her niece, Abby James.

The final video on the actress’ Story showed Toth spending time with her eldest son Deacon, aged 17, as they made rabbit faces at each other while celebrating the springtime holiday. 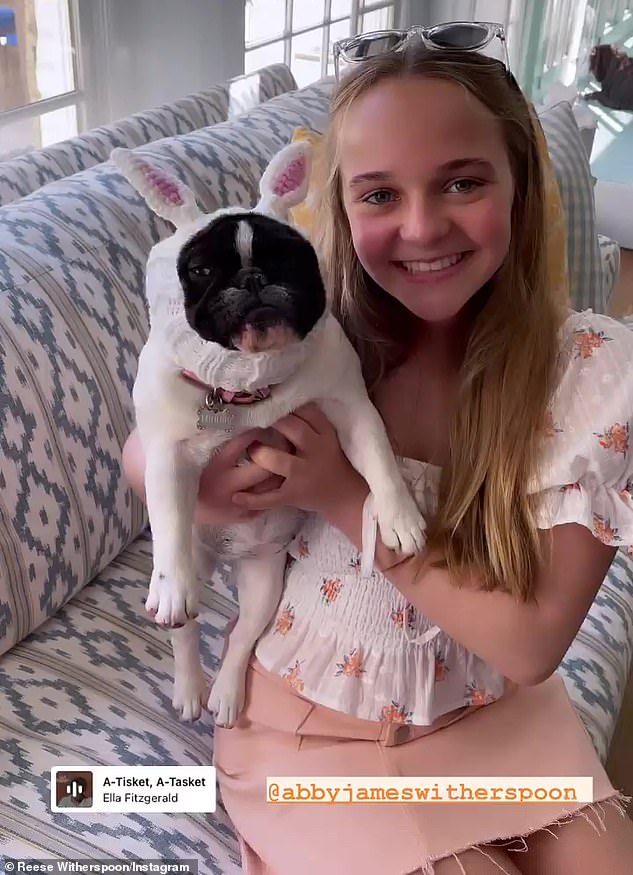 There she is again: Minnie Pearl made an appearance on Witherspoon’s story as she was seen being held by the actress’ niece Abby James 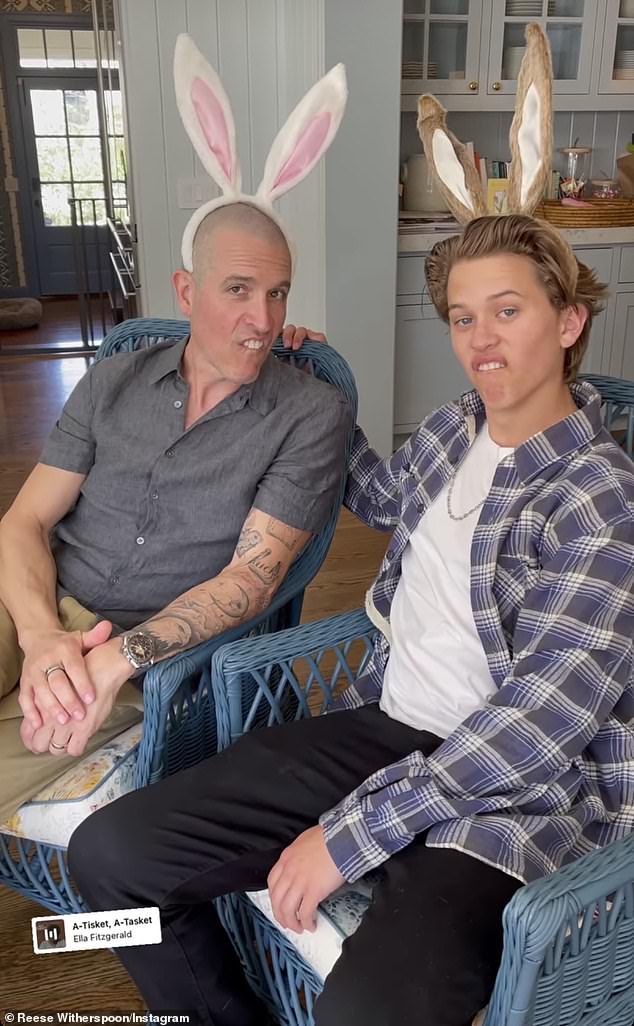 Having fun: The actress’ final video showed her husband and her oldest son Deacon making bunny faces while spending time together 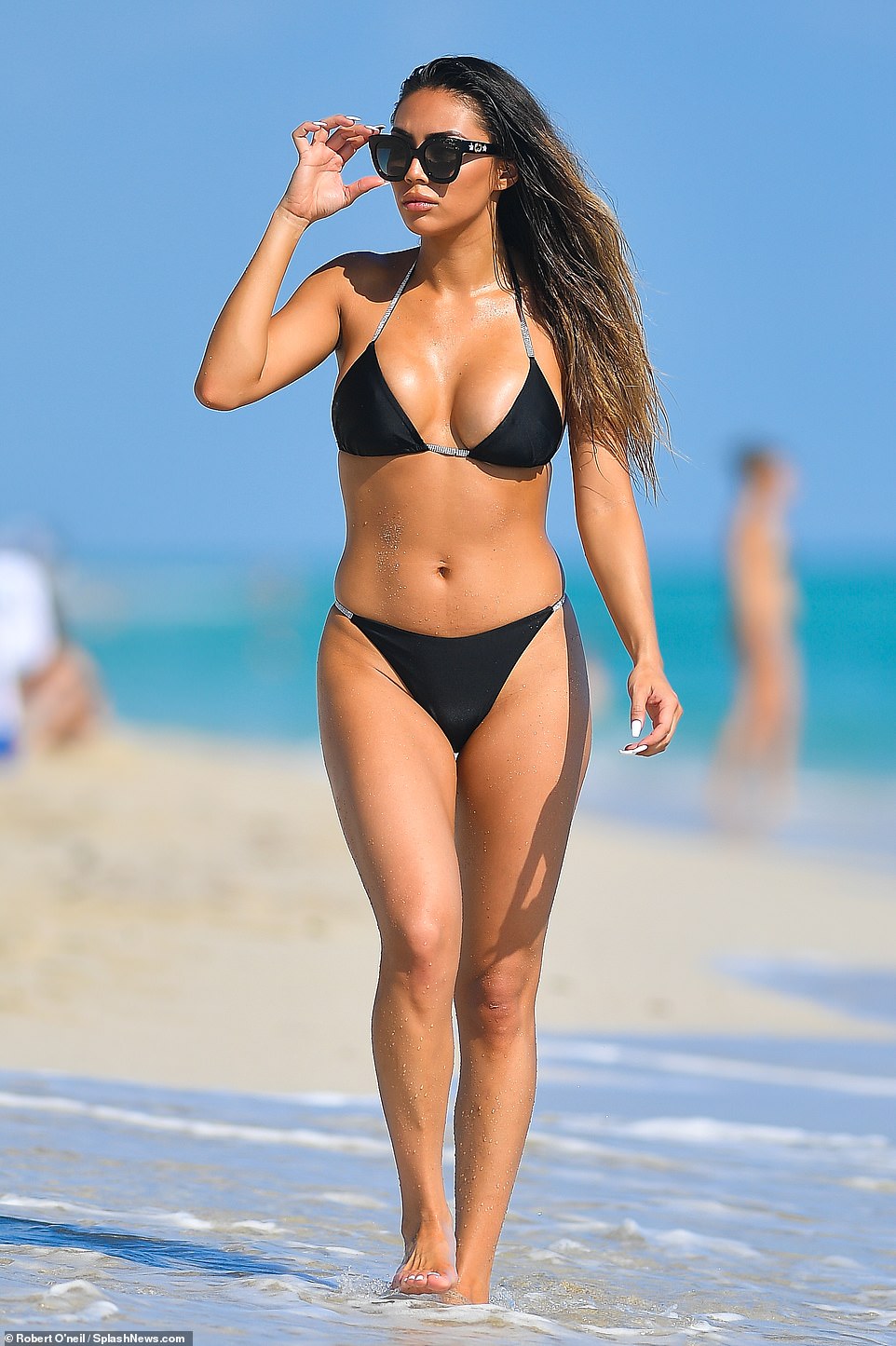 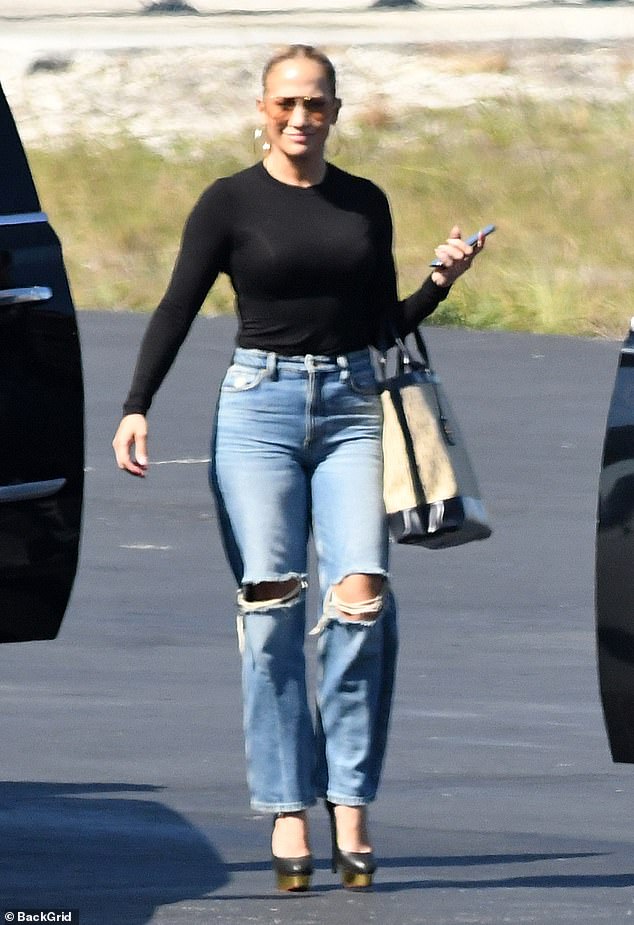 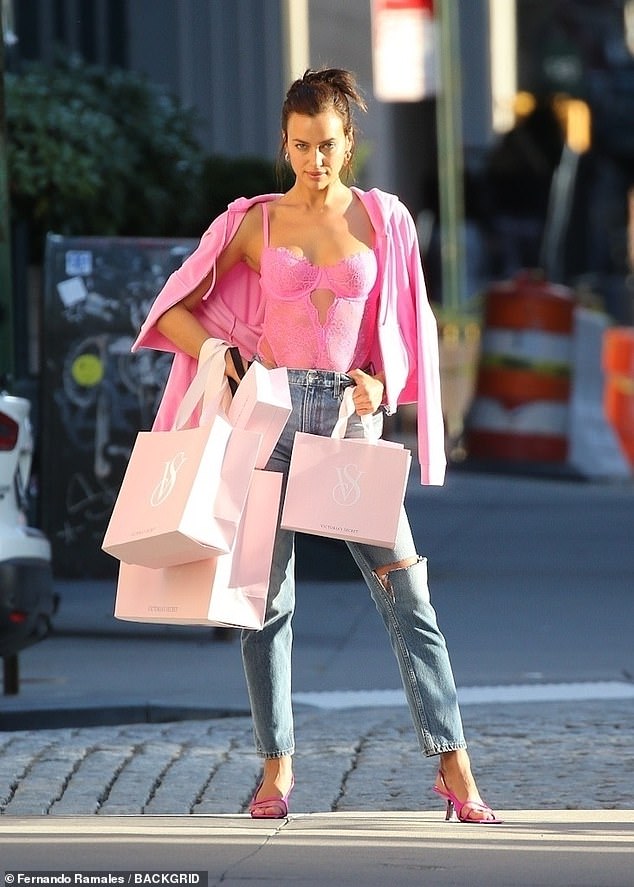 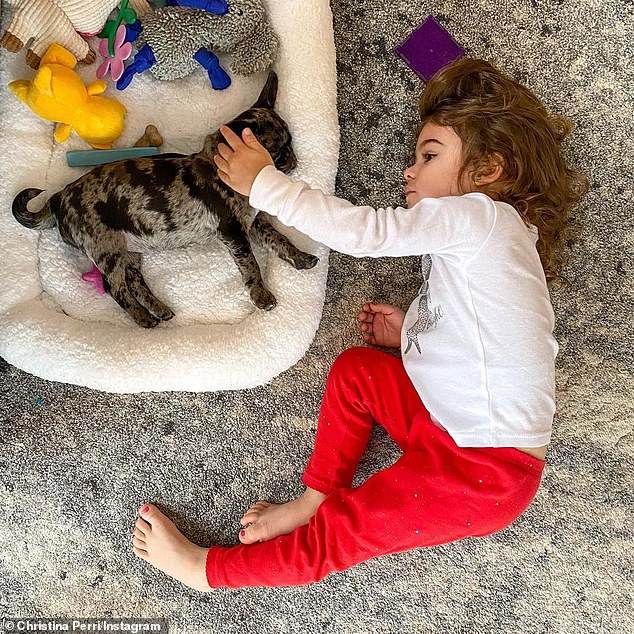 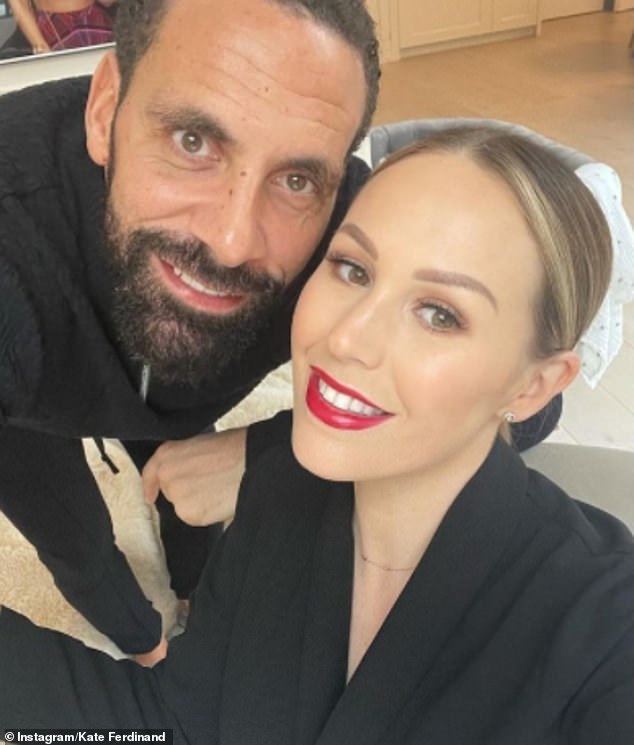 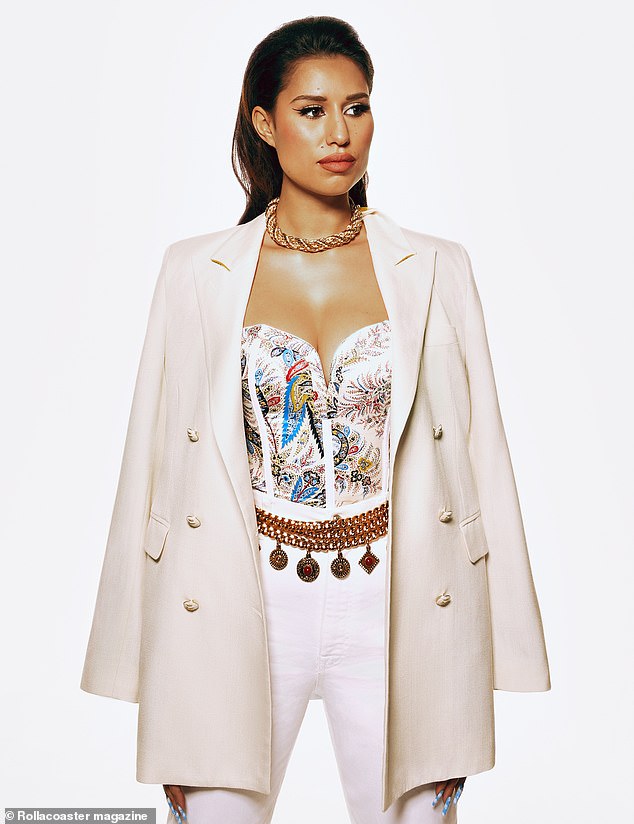 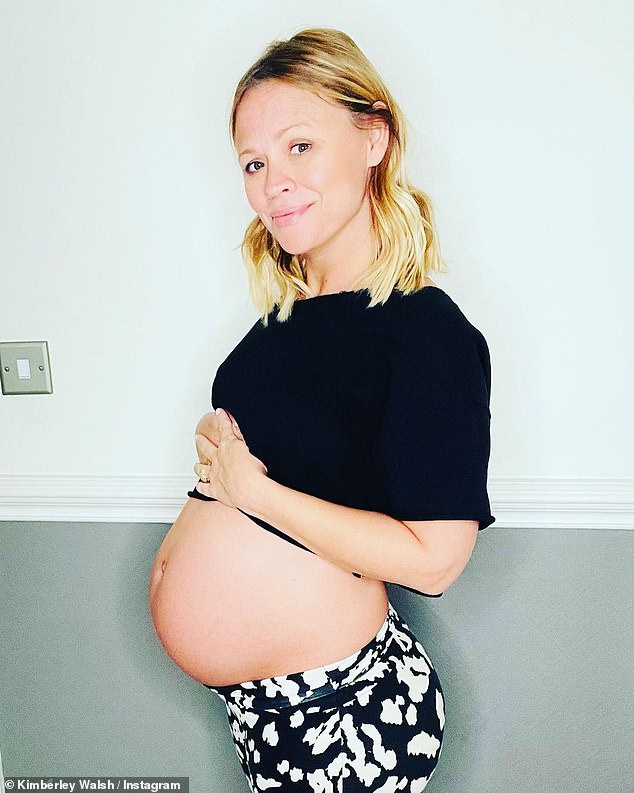 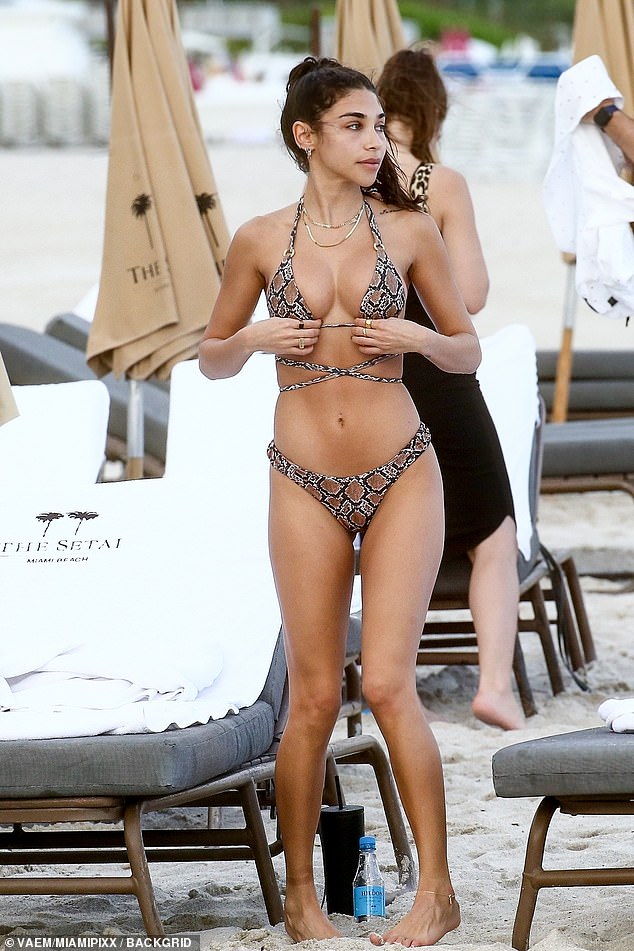