The Boohoo group is selling the same coat for four different prices across its various stores, FEMAIL can reveal.

The multi-billion pound brand, which owns Debenhams, Dorothy Perkins, Warehouse, Oasis, and Karen Millen among others, faced questions yesterday after an identical mushroom coat was found on sale at £89 in upmarket retailer Coast but just £65 at Dorothy Perkins.

And now it appears the coat isn’t the only item with a price disparity across the Boohoo brands, with the group selling a black coat in Warehouse for  £18, while it was 150 per cent more expensive in Oasis at £27. 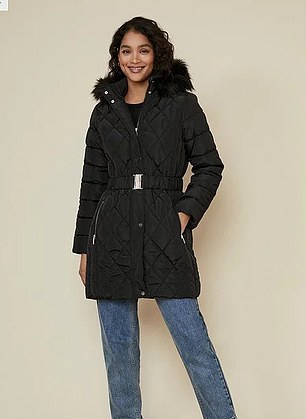 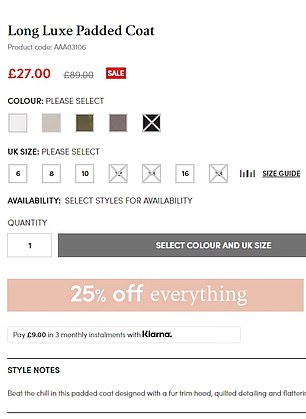 Yesterday the Boohoo group revealed they were launching a probe after an investigation revealed their brands were selling identical items for vastly different prices. And it appears the coat isn’t the only item with a price disparity across the Boohoo brands, with the group selling a black coat in Warehouse for £18, while it was 150 per cent more expensive in Oasis at £27. 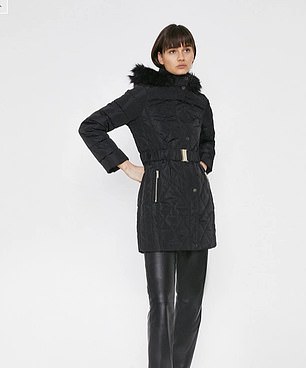 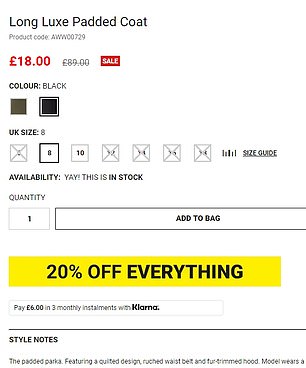 At Warehouse, an identical coat was only £18, 150 per cent less than in Oasis

All the items were on sale, with their original prices also vastly different.

In Debenhams and Dorothy Perkins, the coat was originally £65, while in Warehouse and Oasis it was £89.

It comes as the fast fashion group launched a probe after a BBC investigation found  a mushroom luxe coat was priced at £89 at Oasis, but was selling for £65 at Dorothy Perkins and £30 at Warehouse. 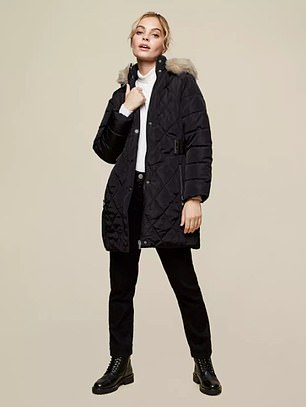 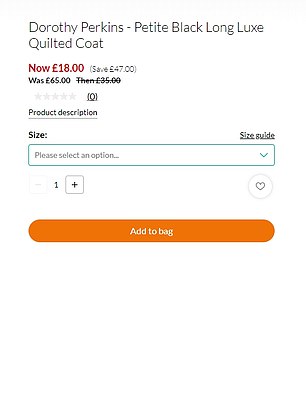 The coat is listed on Debenham’s website as an item from Dorothy Perkins, where it cost £18, reduced from £65 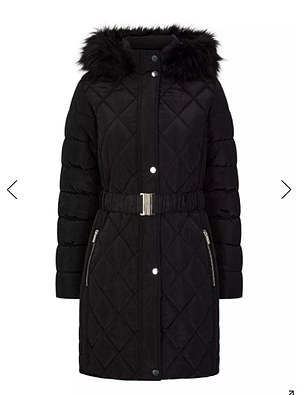 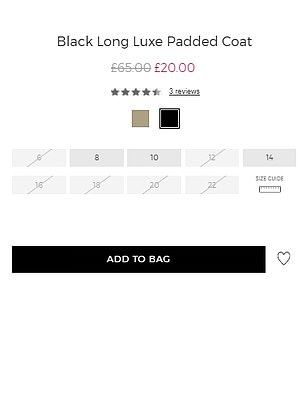 But on the Dorothy Perkins website itself, the coat is £20, despite being identical to the one sold for £18 and £27 in other Boohoo-owned brands

What brands do Boohoo own?

Another identical coat cost £34 more in Coast than it was listed on the Dorothy Perkins website.

In pictures that will raise questions for the retailer, it appears the Dorothy Perkins branding was also cut off from the label of the product sold to Coast customers.

The retailer said they’re investigating the differences across the Boohoo-owned brands and say that the error was ‘not intentional’.

‘Our internal investigation continues and we will be re-pricing all the crossover stock to be aligned.’

In February they announced a £25.2million deal to buy Dorothy Perkins, Wallis and Burton after Sir Philip Green’s Arcadia empire collapsed amid the pandemic.

The online retailer said they would be buying the brands and stock but would shut all 214 physical stores, concessions or franchises with 2,450 job losses.

The retailer is no stranger to controversy. 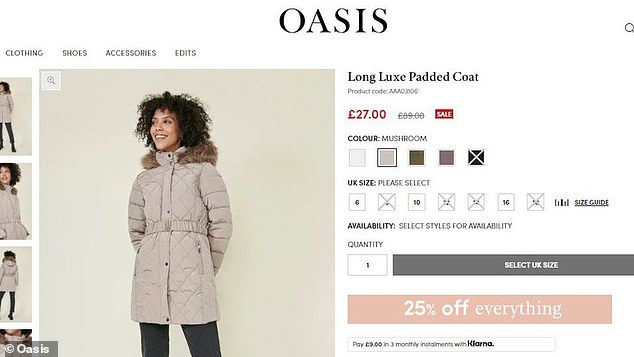 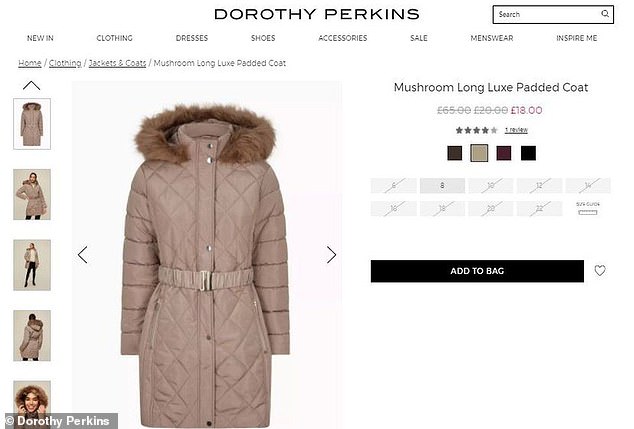 Investigations over the past five years revealed concerns over low pay and poor working conditions at their Leicester clothes factories.

The working conditions at the factories were further highligted when there was an outbreak of Covid amongst the workers at the start of the pandemic.

A damning report released last year also indicated directors were aware of questions over its supply chain much earlier after reporters and politicians raised the issue.

Boohoo was founded by British businessman Mahmud Kamani, 55, who before launching the company started his business selling handbags at a traders’ stall in Manchester.

He spotted the potential of internet sales and set up his online retailer in 2006 with the aim of delivering their own-branded fashion at rock bottom prices.

It since became synonymous with the wildly popular, yet equally controversial, fast-fashion phenomenon. 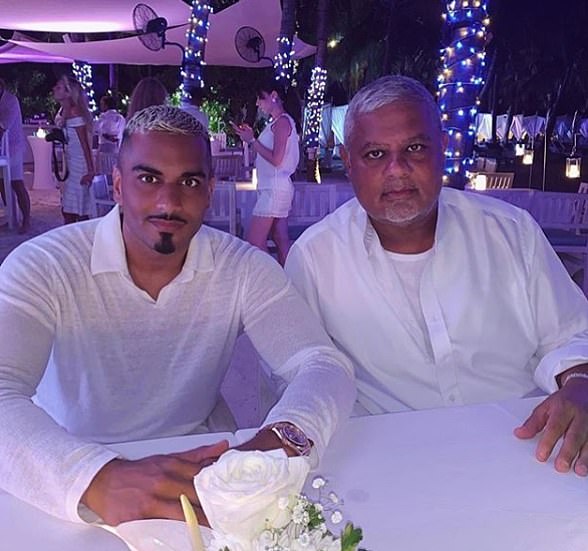 The Indian-born founder of fast-fashion company Boohoo grew his Manchester market stall into a £2.6billion business.

He spotted the potential of internet sales and set up his online retailer in 2006 with the aim of delivering their own-branded fashion at rock bottom prices.

It since became synonymous with the wildly popular, yet equally controversial, fast-fashion phenomenon.

Mr Kamani’s parents, who were originally from India, arrived in Manchester from Kenya in 1969 when his father was just two years old.

The Kamanis were forced to flee to Britain by increasing unrest and draconian employment laws that favoured native Kenyans.

Entrepreneurial Mahmud sold handbags on a market stall. He invested his money wisely in property and began a wholesale business, Pinstripe, sourcing garments from India.

By the early 2000s, the company was selling £50 million-worth a year to high street brands such as Topshop and Primark, which led to Mahmud setting up the Boohoo brand in 2006.

The company’s growth quickly skyrocketed and is now believed to be worth £2billion or more and employing 2,352 people. 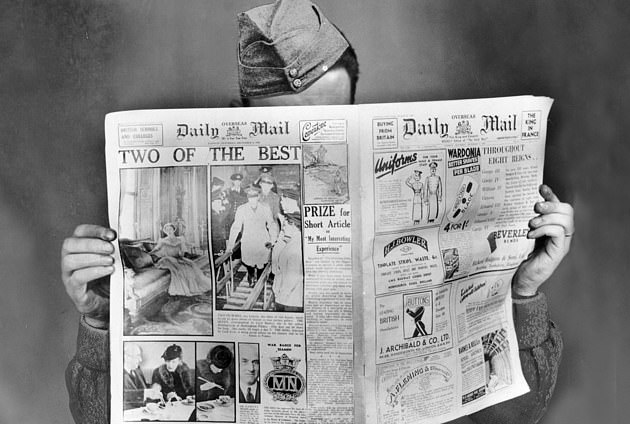 RICHARD LITTLEJOHN: Here’s to Fleet Street’s finest (and that includes you) 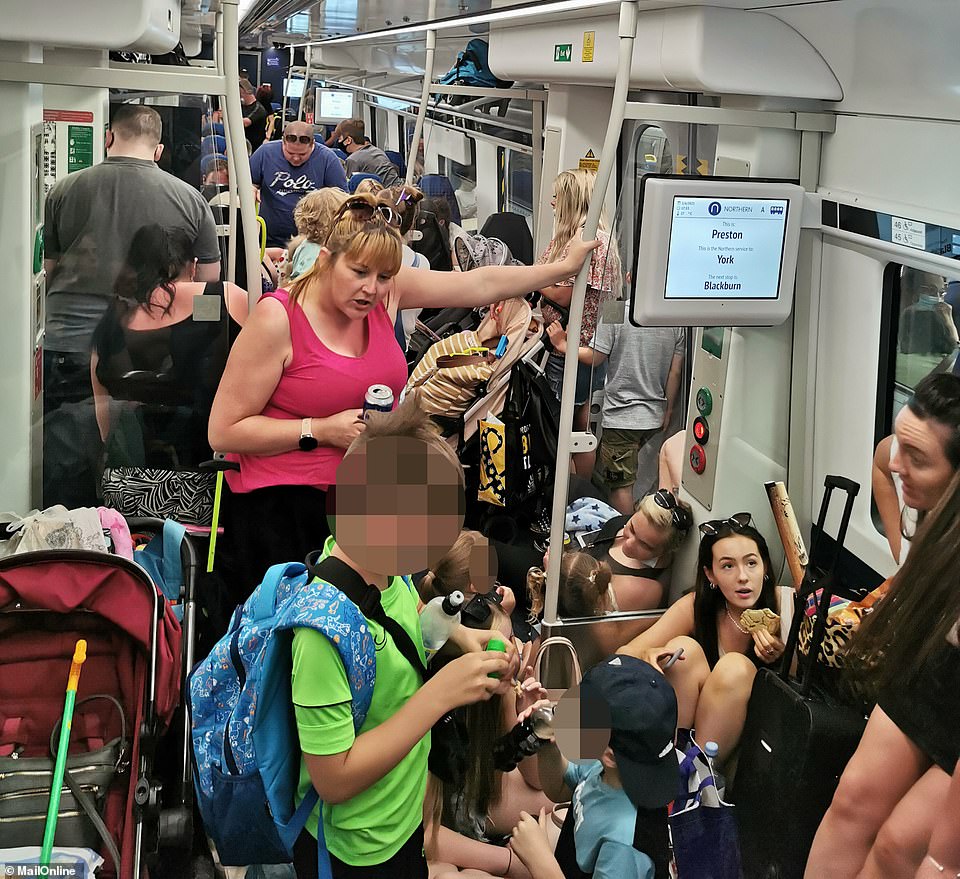 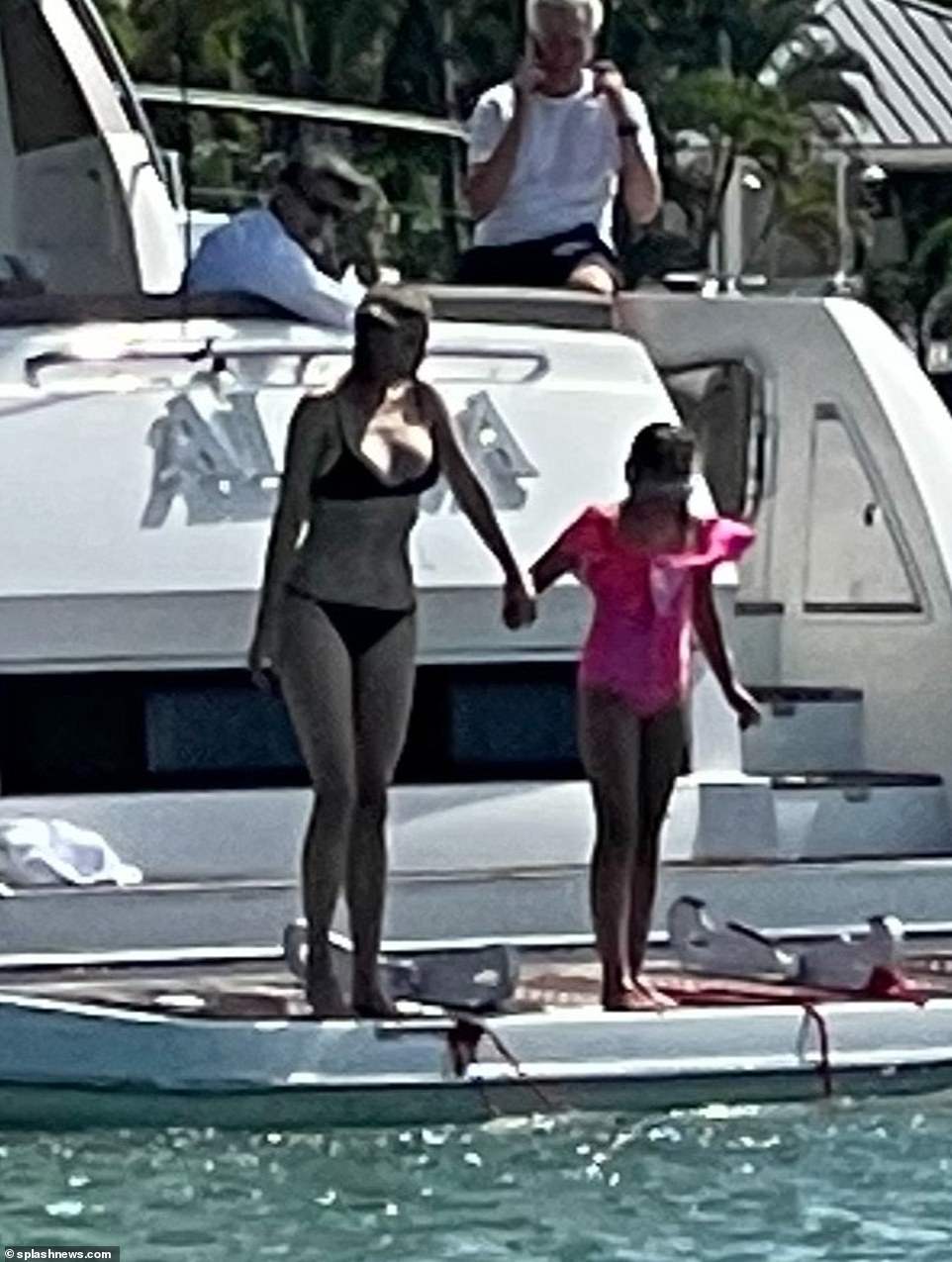 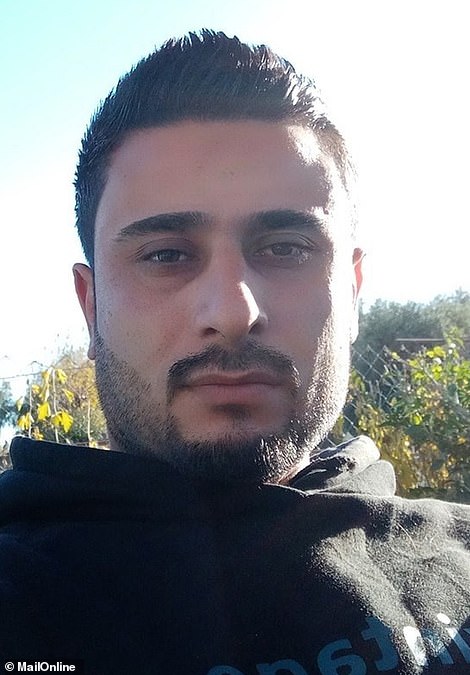 Fears more migrants will die if they cross today 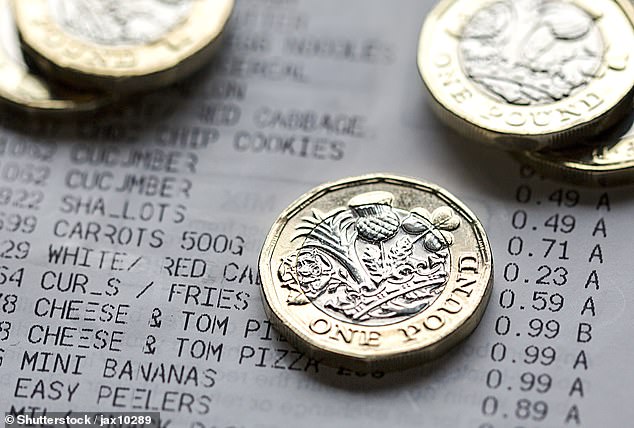 JEFF PRESTRIDGE: Victory at last in fight for cash 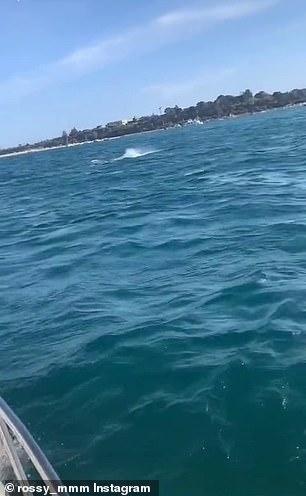 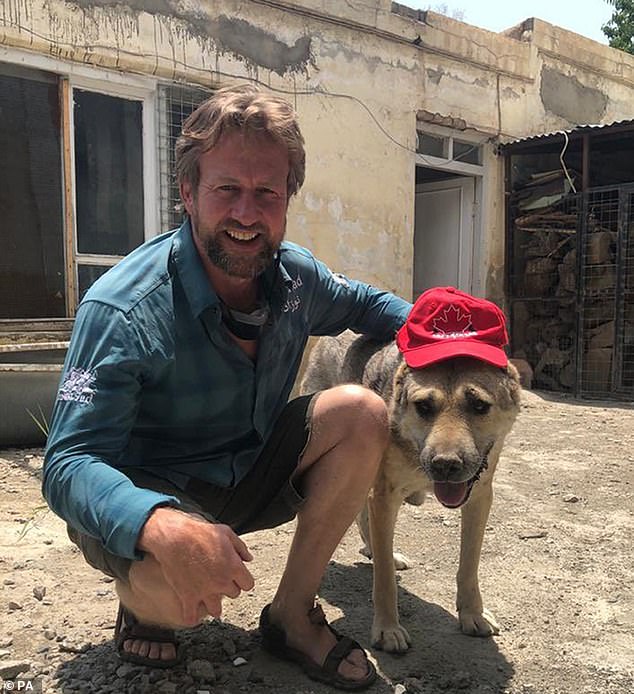