Hunter Biden has revealed his father staged an intervention to get him to give up drugs last year, during the Presidential election, in his first sit-down interview for months where he also admits the damaging laptop with details of his business dealings in Ukraine ‘could’ be his, but says he was ‘hacked by Russians’.

Hunter did two interviews with CBS to promote his new memoir, Beautiful Things. The first will air on Sunday morning, and the second will air on Monday morning.

The network teased a trailer for both on Friday morning. It is the first time it is publicly known that the Biden family staged an intervention for Hunter.

Hunter, 51, who has struggled with drug abuse for years, described how his father, then 77, chased him down the driveway of their Wilmington, Delaware, home, in front of Hunter’s daughters, to stop him from getting in the car.

He doesn’t say when it was specifically but admits it was during the campaign, in 2020. He also doesn’t say what kind of drugs he was taking at the time or what the outcome of the intervention was, but says all he could think about was lying to his elderly father to get ‘another hit’. It’s unclear when exactly Hunter gave up drugs.

In the interview, Hunter also addressed the laptop that was found last year in a store in Delaware and contained details of Hunter’s business dealings in Ukraine, as well as damaging photos of him doing drugs and drunk.

The Biden family has shied away from discussing it at length. He says that he ‘for real, doesn’t know’ if it was his or not. 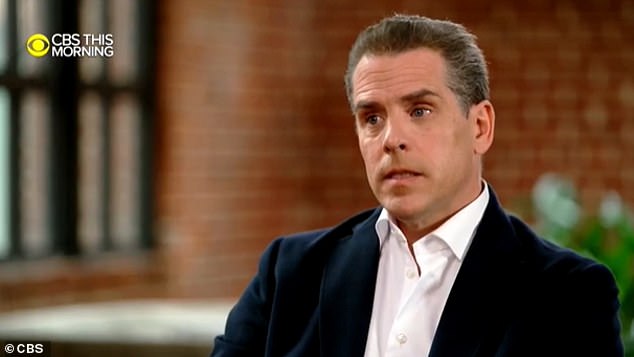 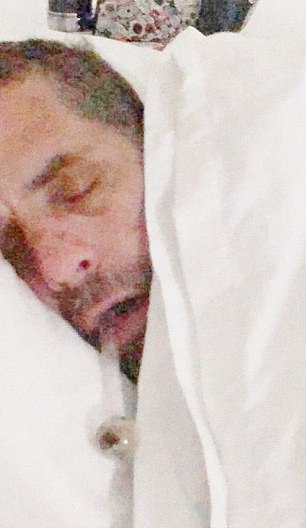 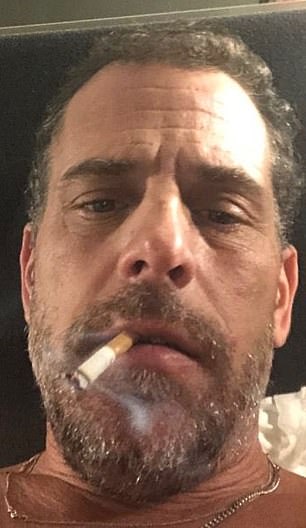 Hunter Biden became so addicted to illicit sexual thrills that he once spent $11,400 on a single night of debauchery at a New York strip club and shelled out more than $21,000 to one adult ‘live cam’ adult website

Revealing the intervention, he said: ”I tried to go to my car, and my girls literally blocked the door to my car, and said: “Dad, Dad, please. You can’t. No, no.”

‘I thought: “I need to figure out a way to tell him that I’m gonna do something, so that I can go take another hit.”

‘It’s the only thing I could think. Literally. That’s how powerful. I don’t know of a force more powerful than my family’s love, except addiction,’ he said.

They are his children with his first wife Kathleen.

He also has two baby sons; Beau Biden Jr, his son with his current wife, South African native Melissa Cohen who he married within days of their first meeting, and Navy, his lovechild with a former stripper in Arkansas who sued him over not paying child support.

He was dating his late brother Beau’s widow, Hallie, when he impregnated Navy’s mother, Lunden Roberts.

In the interview, Hunter shirks away from it again, saying ‘There could be a laptop out there that was stolen from me.

He maintains that he doesn’t know if the computer was his, protesting: ‘For real! I don’t know!’

The laptop was discovered during the campaign and threatened his father’s campaign. 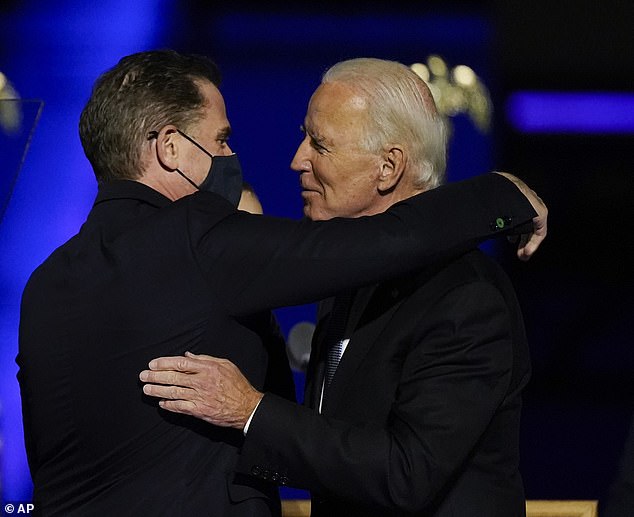 Joe and Hunter Biden on November 7. It’s unclear when the intervention took place but Hunter said it was during the campaign, in 2020.

It contained emails that showed Hunter communicating with a Ukrainian businessman where the pair discussed what looked like a meeting between the businessman and Joe, when Joe was Vice President.

The emails first emerged in a report by The New York Post.

It suggested that Joe met with  Ukrainian businessman Vadym Pozharskyi, months before putting pressure on Ukrainian officials to fire a prosecutor who was investigating Pozharskyi’s firm.

Shortly after the purported meeting, a Ukrainian prosecutor who had been investigating the businessman dropped the charges.

It raised serious red flags about whether Joe had abused his power in any way, with some suggesting he’d called in favors to help his son, who earned millions through vague business deals in China and Ukraine.

His experience before then had been as a lawyer and lobbyist.

Joe has always denied, broadly, any wrong-doing but Hunter has never been properly quizzed on the specifics of the Ukraine emails.

The email, sent in April 2015, read: ‘Dear Hunter, thank you for inviting me to DC and giving an opportunity to meet your father and spent [sic] some time together. It’s realty [sic] an honor and pleasure’.

Hunter had just joined Burisma, which was paying him $50,000 a month, and Pozharskyi was the number three executive in the company. 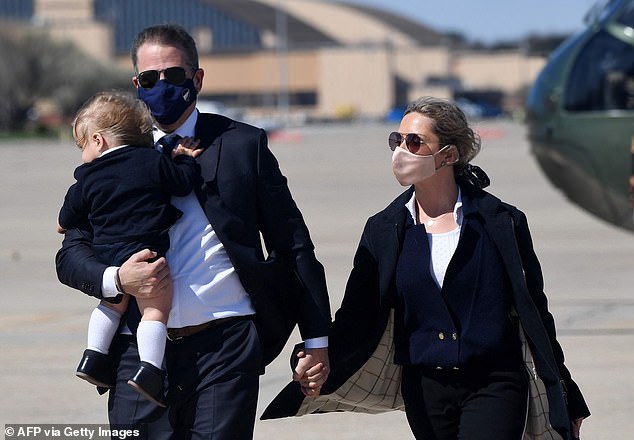 Hunter Biden, pictured with his wife Melissa Cohen and their son Beau Biden Jr. on March 26 as they boarded Air Force One at Joint Base Andrews, Maryland 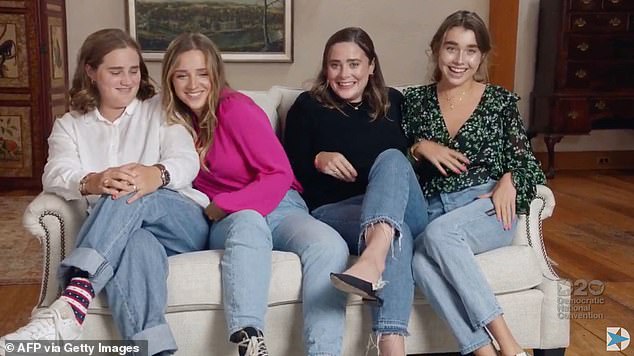 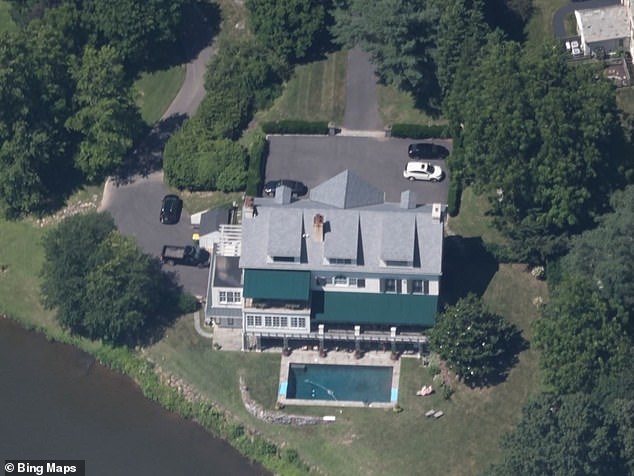 Eight months later, Biden put pressure on Ukrainian leaders to fire a prosecutor who had publicly announced that they planned to investigate Burisma.

Biden boasted about it at the time.

When the emails emerged in October last year, the Biden campaign was vague in their response to them.

The story was censored by Facebook, which claimed it had not had a chance to ‘fact check it’, and was also temporarily suspended on Twitter.

It also contained embarrassing images of Hunter smoking a crack pipe, in bed, and in a bathtub, inebriated.

It’s unclear when exactly the photos were taken, or when Hunter’s addiction began.

During the presidential debates, Trump used Hunter’s struggles to attack Biden – leading the Democrat to say their children should be kept out of their political rivalry.

On Thursday night Trump was asked in a fawning interview with Gina Loudon, co-chair of Women for Trump 2020, how he had raised such fine children. She noted that this week her son had played soccer with Trump’s son, Barron, 15.

‘I think you have to give them a lot of attention,’ said Trump.

‘I’ve been able to do that, despite being busy, to put it mildly.’

His eldest daughter, Ivanka, now 39, told CNN in 2016 that her father was ‘an incredible parent’, although he was not particularly hands-on, and was not the type to play games with his children and read them bedtime stories. 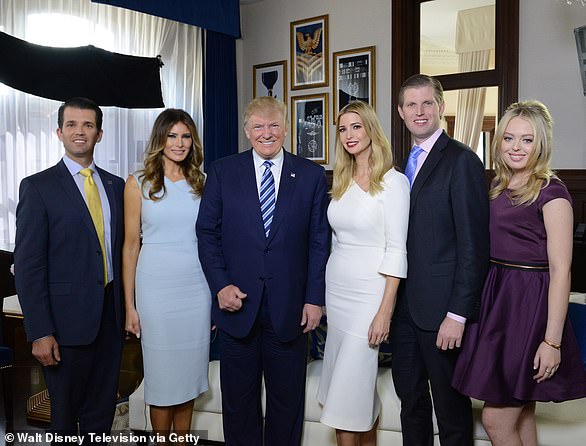 ‘He was not really the type of – he wasn’t long on diaper changing and things like that.’

She said he was ‘was very accessible and very available,’ noting how she was always able to call him directly in the office.

Trump, a teetotaler who saw his brother Fred’s die from alcoholism in 1981, also said that keeping children away from illicit temptations was another pillar of parenting.

‘I always also, you can have good children, but if they start with the drugs, alcohol, cigarettes…

‘I’ve said it for years to them. So far it’s had a pretty good impact.’ 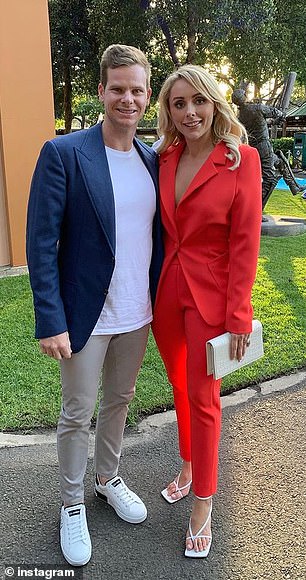 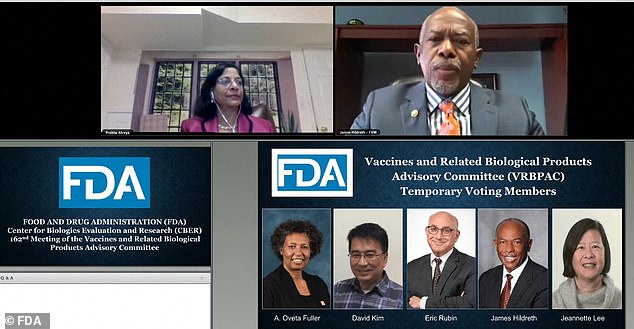 FDA commissioner suggests Pfizer vaccine may not be approved today 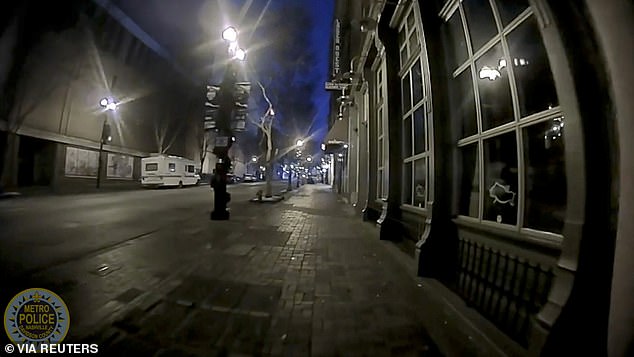 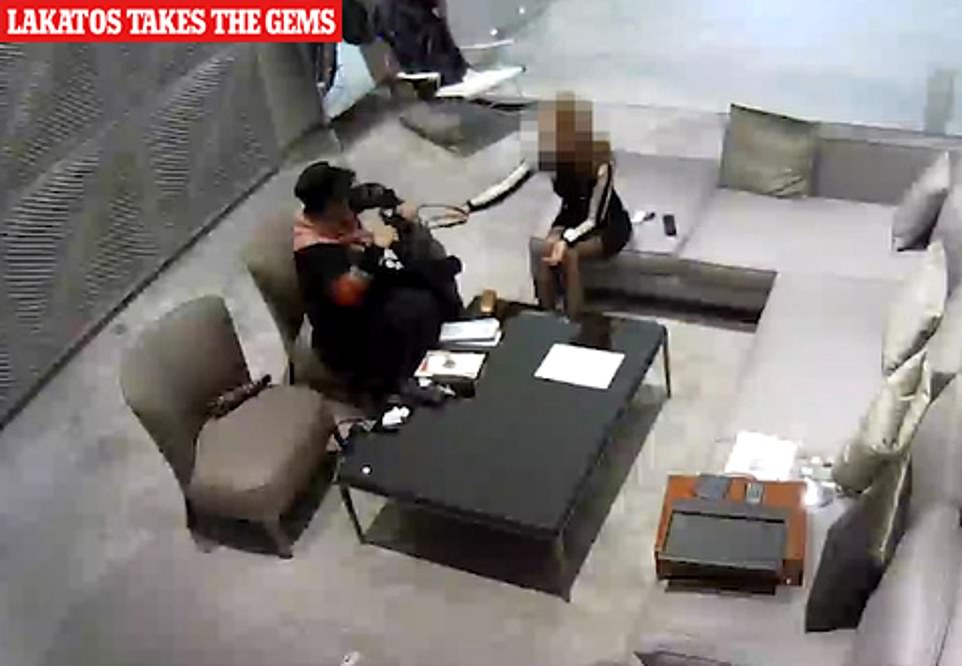 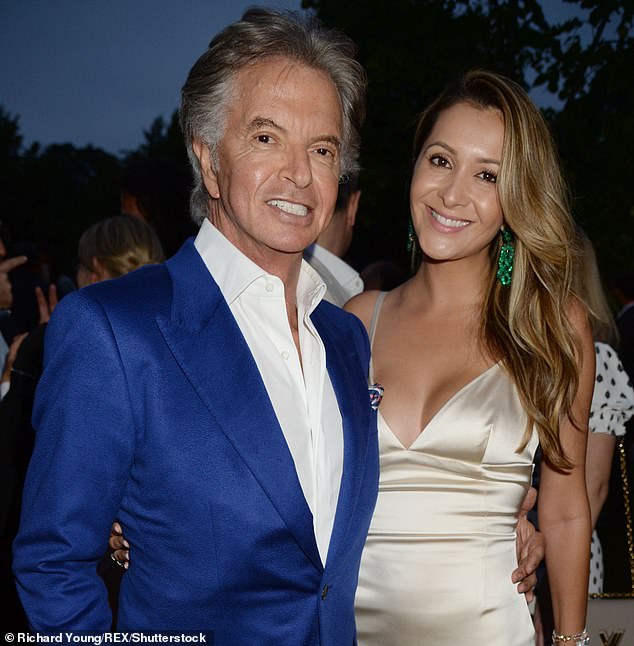