Doggie doo in the White House?

One of President Joe Biden’s dogs apparently deposited the pile of poo in the hallway outside the Diplomatic Reception Room, just off the South Lawn, on Wednesday.

Reporters accompanying Jill Biden on an upcoming trip to California spotted the brown stuff on the red-carpeted hallway as they waited just inside the mansion to be escorted to the first lady’s motorcade.

It was unclear which pooch — Major or Champ — dropped the poo.

Earlier this week, Major, the younger dog, was involved in his second biting incident in March.

President ‘s dog Major was spotted playing on the lawn this morning after biting a second person this week, sparking calls for him to be euthanized. 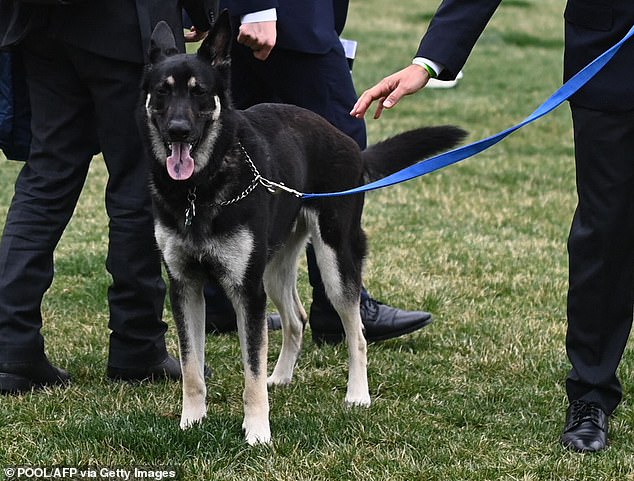 Major, a 3-year-old rescue, was kept on a leash as aides took him and his brother Champ out onto the White House South Lawn for a walk on Wednesday morning. Either Major or Champ pooped inside the White House, thought it is currently unclear 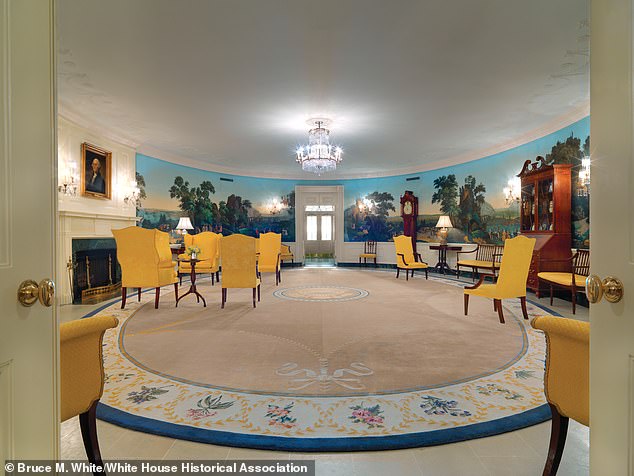 The dog pooped in the hallway outside the Diplomatic Reception Room, just off the South Lawn, on Wednesday 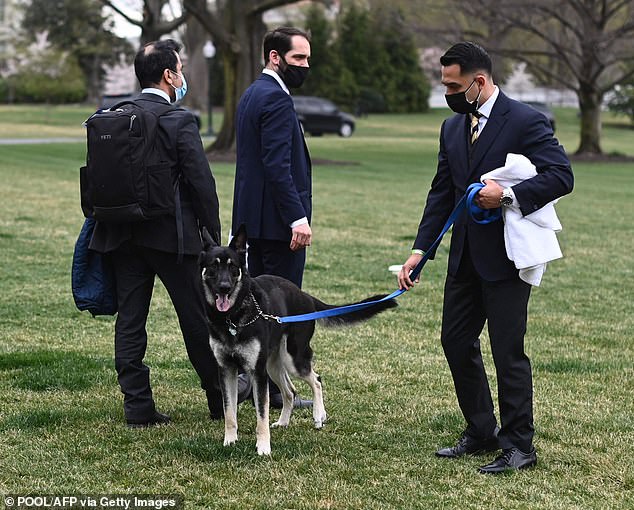 Major, a 3-year-old rescue, was kept on a leash as aides took him and his brother Champ out onto the White House South Lawn for a walk.

It came a day after it was revealed Major had nipped a second person in the space of a month.

After the first incident in early March that involved a Secret Service agent, Major and his sibling Champ were whisked back to Biden’s home in .

The two dogs had only just returned to the White House last week before Monday’s second biting incident occurred.

The First Lady’s press secretary, Michael LaRosa, revealed that Major had ‘nipped someone while on a walk’ on Monday, adding that the dog ‘is still adjusting to his new surroundings’.

The person, a National Park Service employee, was treated by the White House Medical Unit ‘out of an abundance of caution’ and returned to work without injury.

Major had been seen by reporters on a walk around the South Lawn before Biden and First Lady Jill traveled to the Vietnam Veterans Memorial early Monday evening.

It came three weeks after the first biting incident, which occurred on March 8, when a Secret Service agent suffered a minor injury.

Major and Champ, who is 12, were immediately moved to the Bidens’ Delaware home after the incident with the president saying the pup was undergoing training.

The second incident sparked calls for Major to be euthanized.

Among them was MSNBC’s Joe Scarborough who, on his show Morning Joe on Tuesday, repeatedly suggested Major be sent to ‘dog Jesus’.

Others on Twitter said they would be forced to put down their dogs if the animals bit even one person. 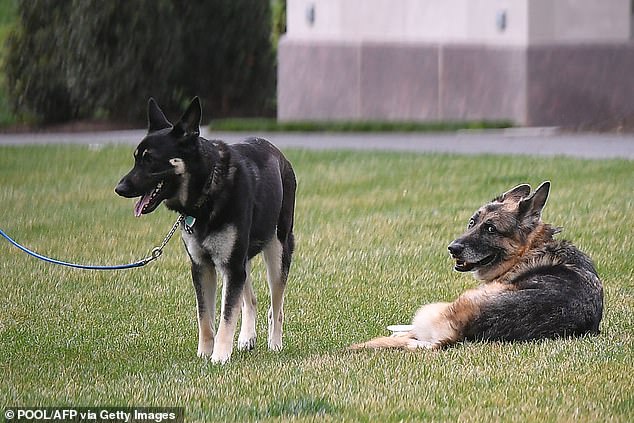 Major, a 3-year-old rescue, was kept on a leash as aides took him and his brother Champ, 12, out onto the White House South Lawn for a walk 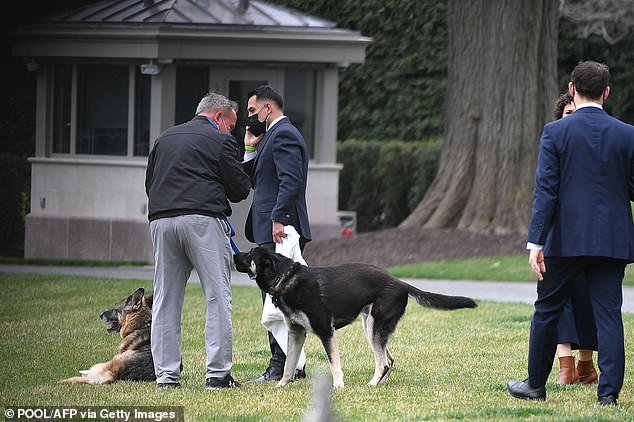 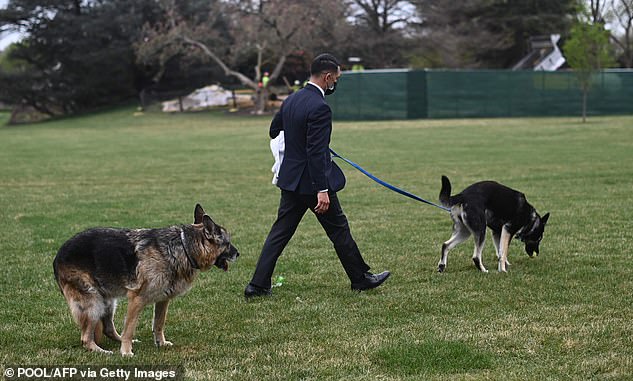 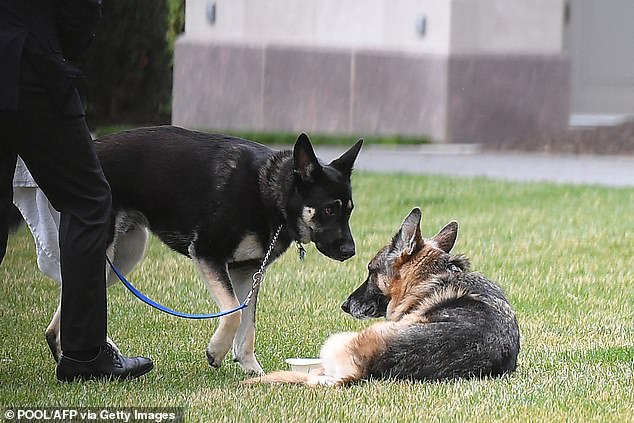 Following the first incident, Biden disputed the idea that the pup had been banished away after the incident.

He said the dogs went to Wilmington because the first couple was going to be out of town.

The dogs met the Bidens two weekends ago at Camp David in Maryland and came back to Washington on March 21.

Last week, one of the two German shepherds waited on the balcony of the White House as Marine One landed on the South Lawn, having ferried the president back from a speech in Columbus, Ohio.

‘The dogs will come and go and it will not be uncommon for them to head back to Delaware on occasion as the president and first lady often do as well,’ said White House press secretary Jen Psaki.

The president adopted Major from the Delaware Humane Society in 2018 after serving as vice president under former President Barack Obama.

Biden’s other dog Champ is an old Washington hand having joined the family in 2008 when Biden was elected vice president. 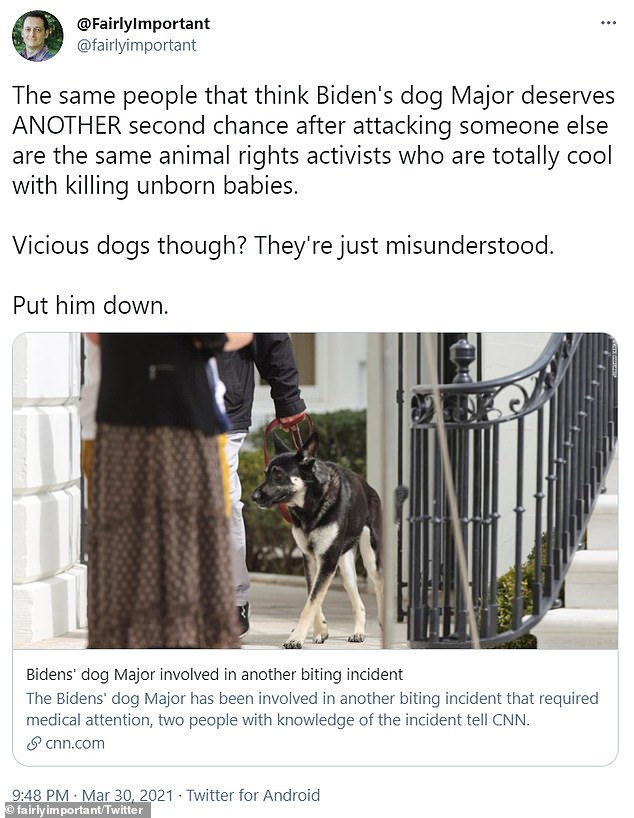 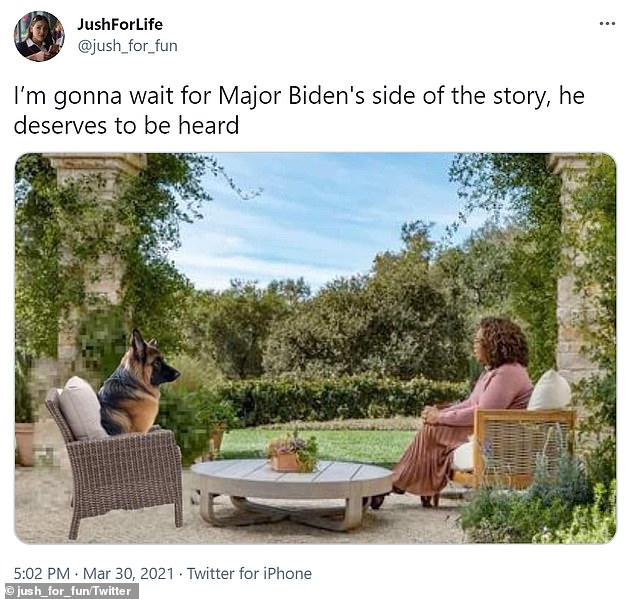 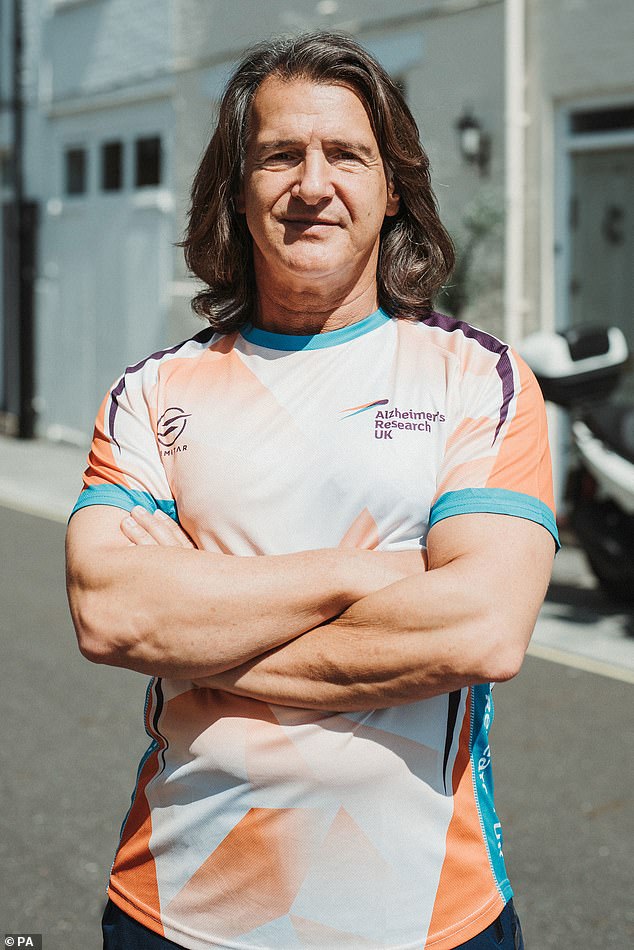 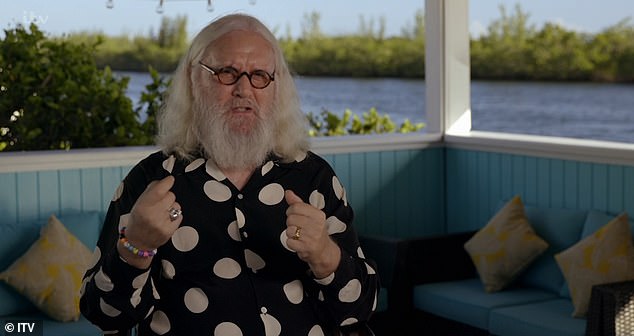 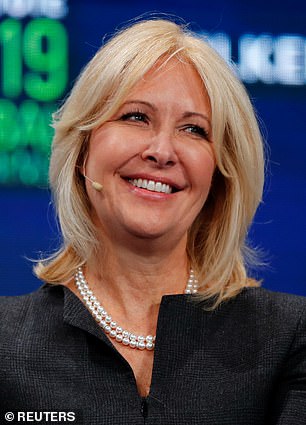 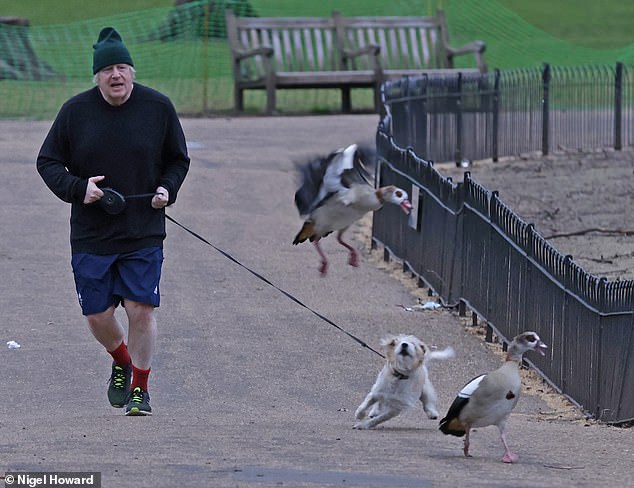 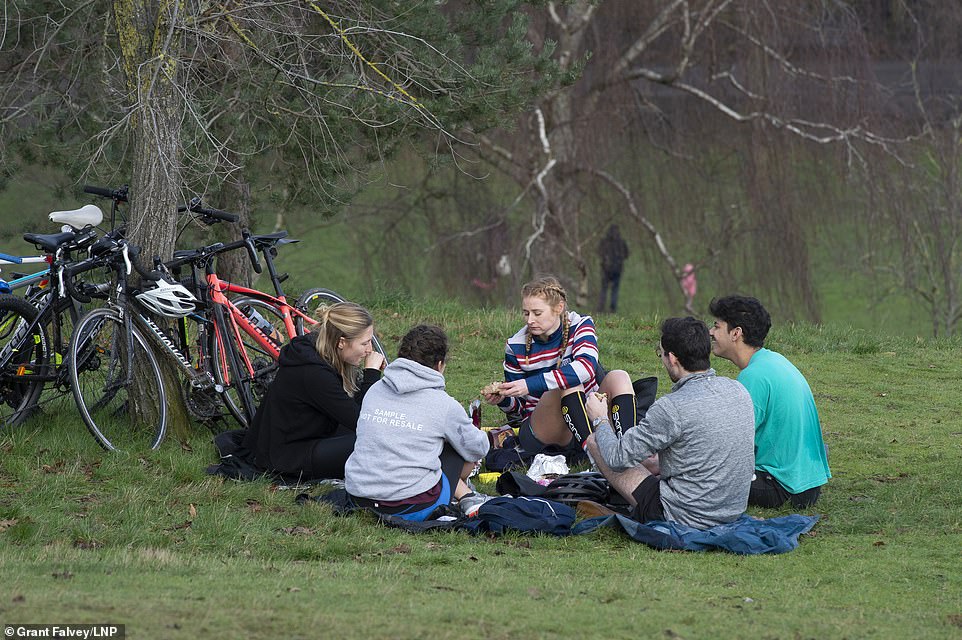 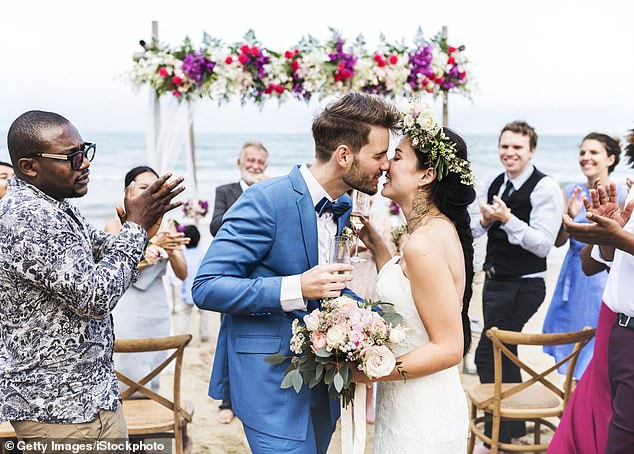 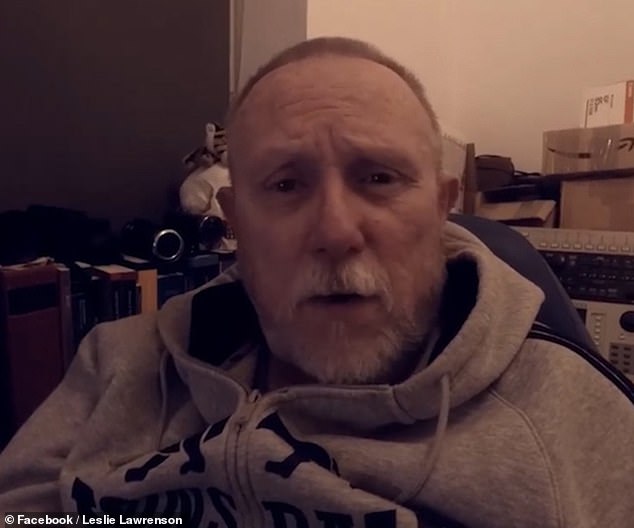 When will Covid vaccine refuseniks see sense and get a jab? 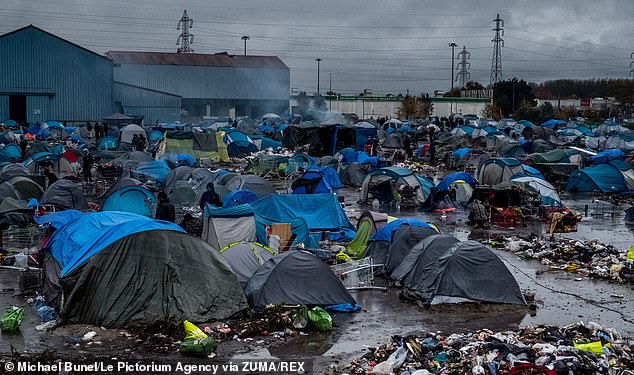