has been crowned Star Baker on The Great Celebrity Bake Off.

The star, 28, impressed and with a biscuit themed tribute to her bandmates for her Showstopper, and beat out Stacey Dooley, Katherine Ryan and KSI to be crowned that week’s champion.

Speaking after her win, Jade gushed: ‘I can’t believe it, I’m in shock! My mam will be so proud, I think I might even frame my apron or just start wearing it all the time to remind myself.’ 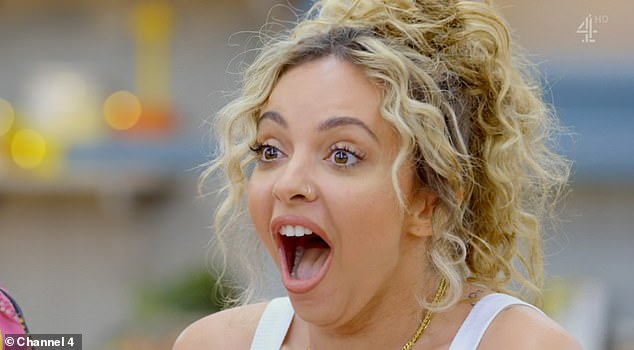 She did it! Jade Thirlwall has been crowned Star Baker on The Great Celebrity Bake Off

Jade’s biscuit scene was a sweet tribute to her Little Mix bandmates, Leigh-Anne Pinnock, Perrie Edwards and Jesy Nelson, and was a recreation of one of the group’s concerts in front of thousands of biscuit fans.

Paul said he was ‘impressed’ with her work given she’d done little baking before heading into the tent.

In December Jesy announced that she was leaving Little Mix after nine years with the band, and has since signed a solo deal, while the band vowed to continue as a trio. 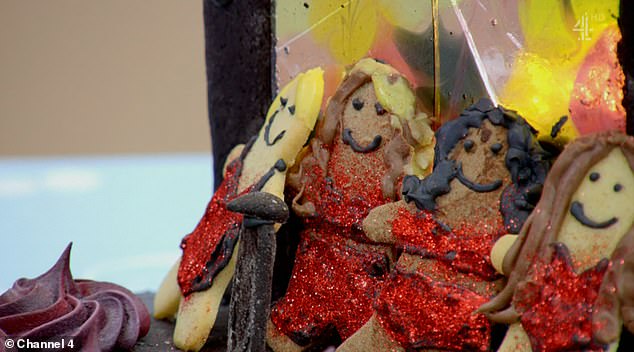 Sweet: The Little Mix star impressed Paul Hollywood and Prue Leith with a biscuit themed tribute to her bandmates for her Showstopper 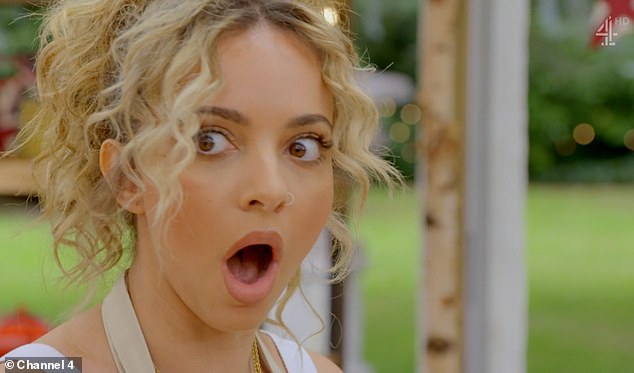 Elated: Paul said he was ‘impressed’ with her work given she’d done little baking before heading into the tent 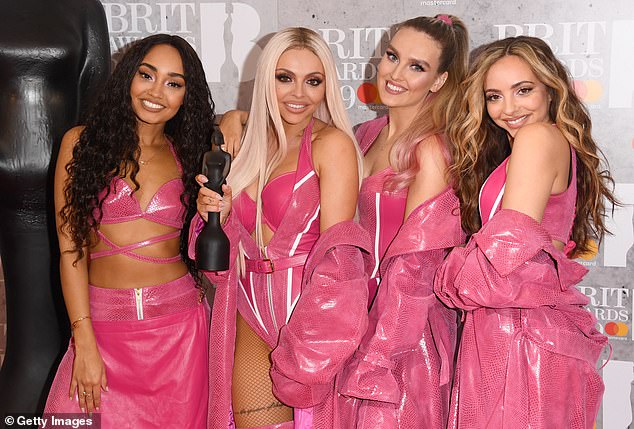 Back in the day: Jade’s tribute came while Little Mix was still a foursome, before Jesy Nelson announced in December she was leaving the band (pictured in 2019)

During Tuesday’s show, the four bakers were first tasked with creating nine fondant fancies inspired by their favourite cocktails, and choices ranged from an espresso martini to a strawberry daiquiri.

The singer also impressed with her technical, a cherry lattice pie, while her co-stars’ attempts at the iconic bake ended in disaster. 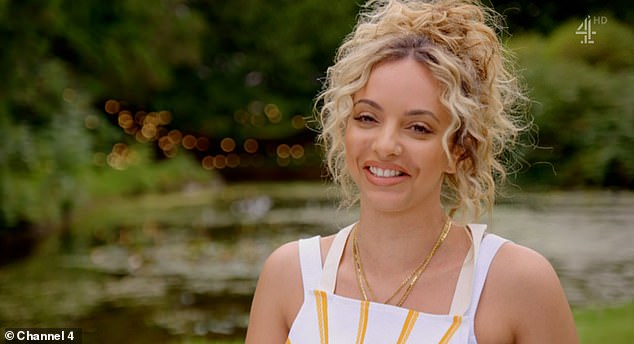 Elated: Speaking after her win, Jade gushed: ‘I can’t believe it, I’m in shock! My mam will be so proud, I think I might even frame my apron or just start wearing it all the time to remind myself’ 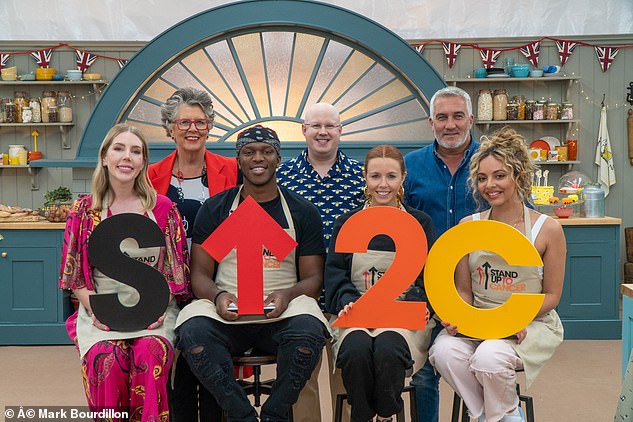 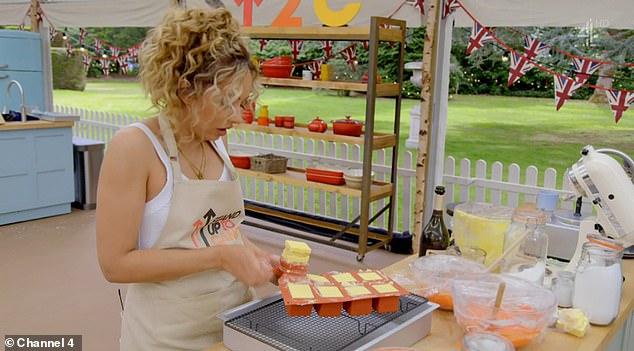 JJ’s attempt at the legendary bake ended in disaster when he flipped his undercooked pastry, causing his creation to completely collapse.

The common theme for the celebrities seemed to be a failure to drain their cherries enough, leaving their pastry soggy and undercooked.

For their Showstopper, Jade, Stacey, JJ and Katherine had to create a biscuit and meringue scene inspired by something they ‘couldn’t live without.’ 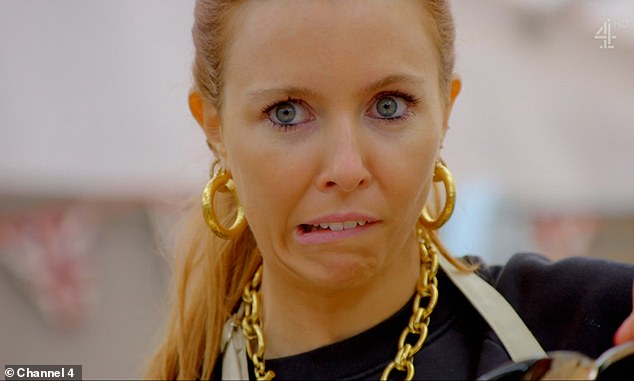 Chaotic: As ever it wasn’t smooth sailing for the celebrities, with Stacey’s attempt at a cherry lattice pie falling apart 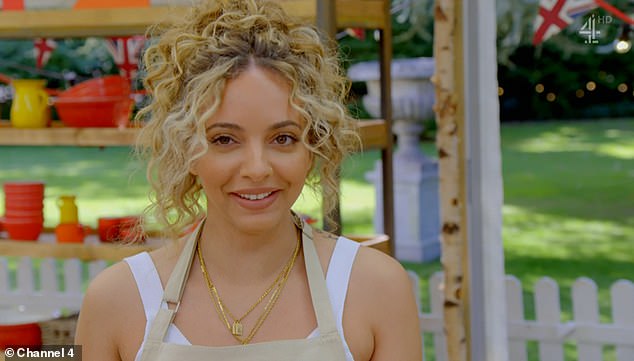 Crush: It came after Jade gushed over judge Paul Hollywood ‘s eyes, joking that she got all ‘hot and bothered’ when she arrived in the famous tent

While JJ opted to create a replica of his bedroom, Stacey conjured up a biscuit homage to Gloria Estefan and a cup of tea to replicate her morning ritual, and Katherine used her bakes as a tribute to her dogs.

It came after Jade gushed over judge ‘s eyes, joking that she got all ‘hot and bothered’ when she arrived in the famous tent.

She said: ‘I think I will be a bit starstruck when I see Paul and Prue. I’m a proper fan and Paul’s eyes are something else aren’t they? I’m getting all hot and bothered.’ 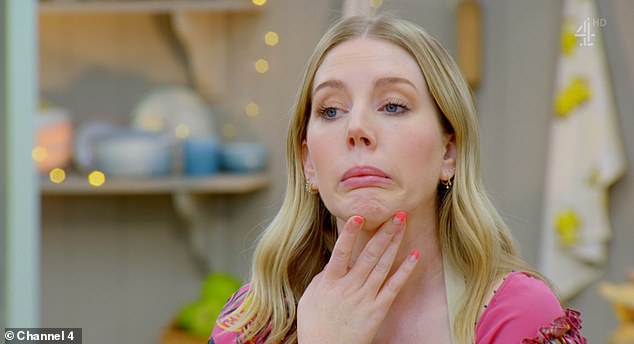 Coming close: Katherine came close to winning Star Baker with her Showstopper, but Jade won out after being praised as the most ‘consistent’

Jade spoke of trying her hand at some of the bakes before appearing on the show, but joked her attempt at the first challenge went ‘horrifically wrong’.

The Wings hitmaker said: ‘Then I tried the big showstopper. I think I did a good job but once the time is whittled down to three-and-a-half house, it can all go a bit pear-shaped.’

After losing her grandmother and auntie to the disease, Jade described cancer as ‘terrible’ and wanted to help raise money for the cause.

The Great Celebrity Bake Off continues on Tuesday at 8pm on Channel 4. 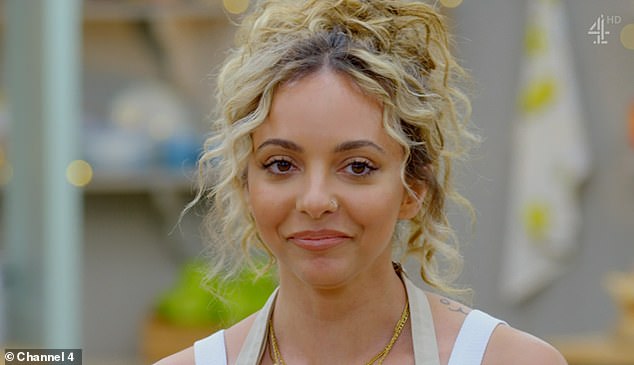 Back soon: The Great Celebrity Bake Off continues on Tuesday at 8pm on Channel 4 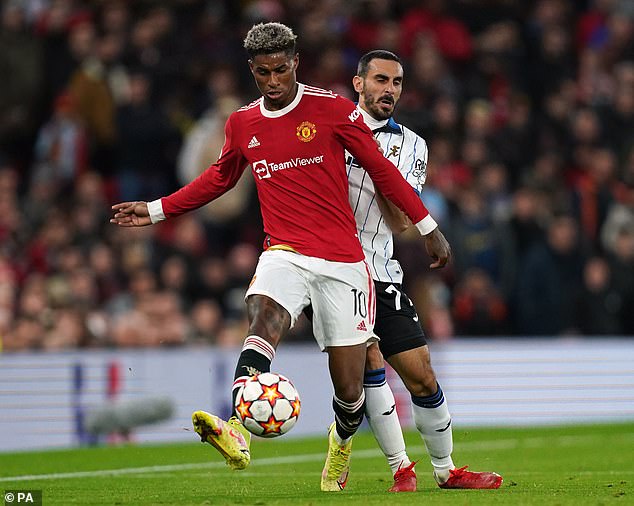 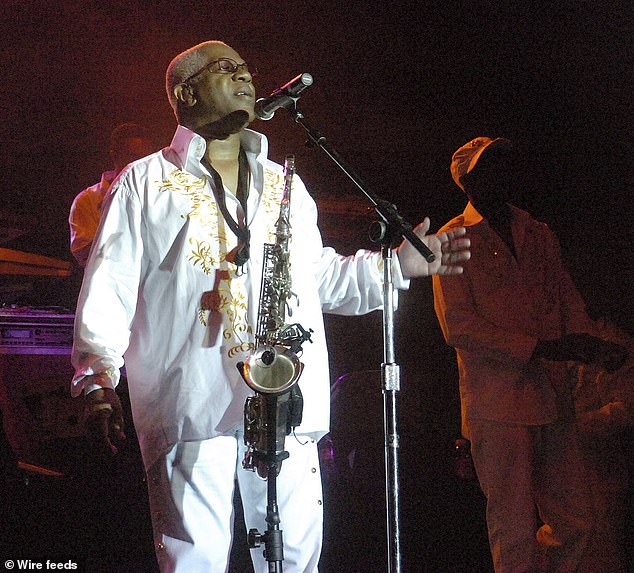 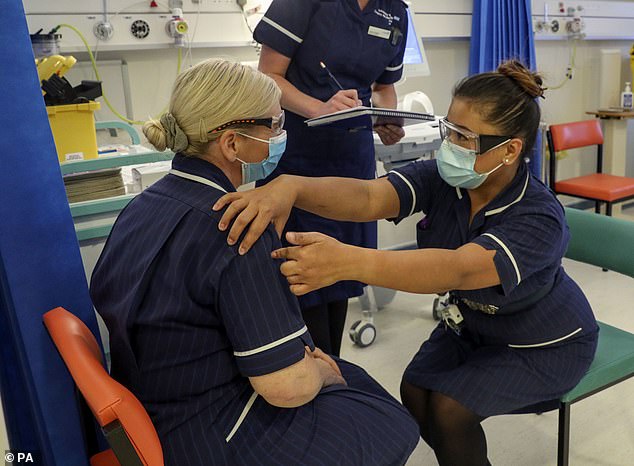 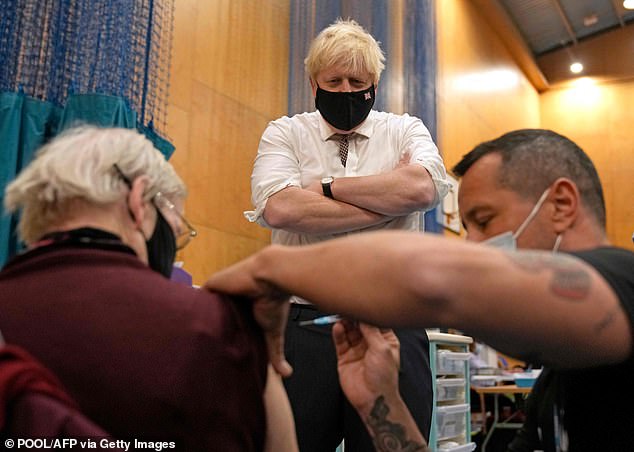 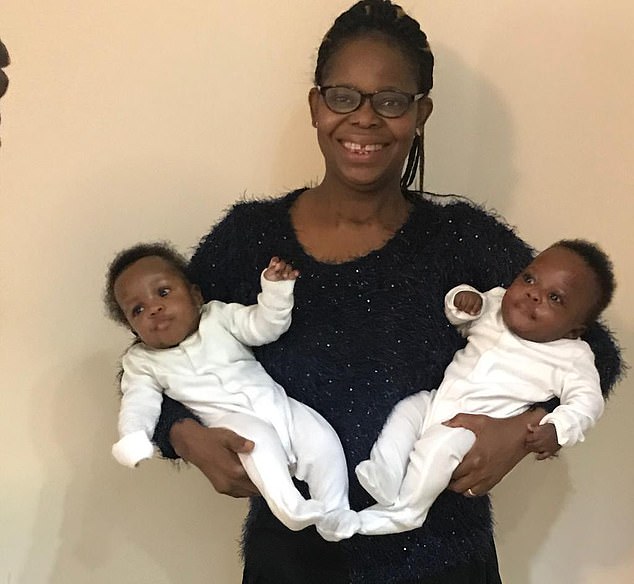 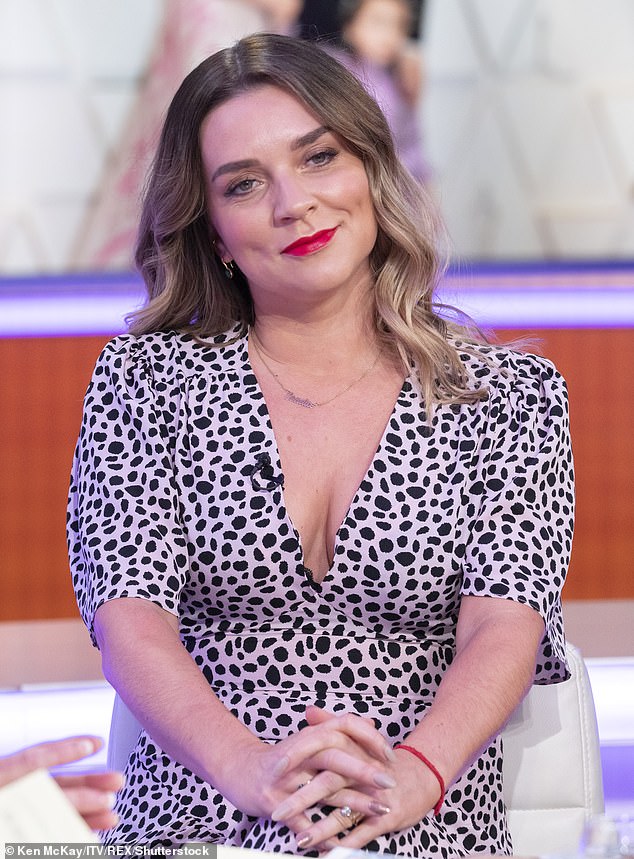 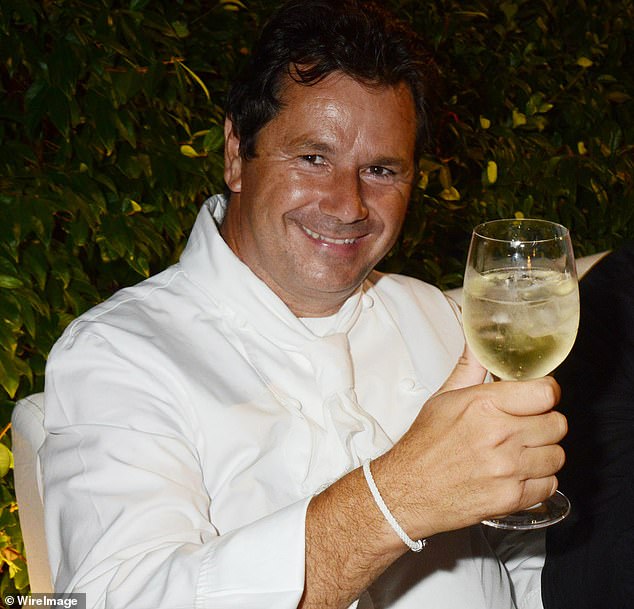 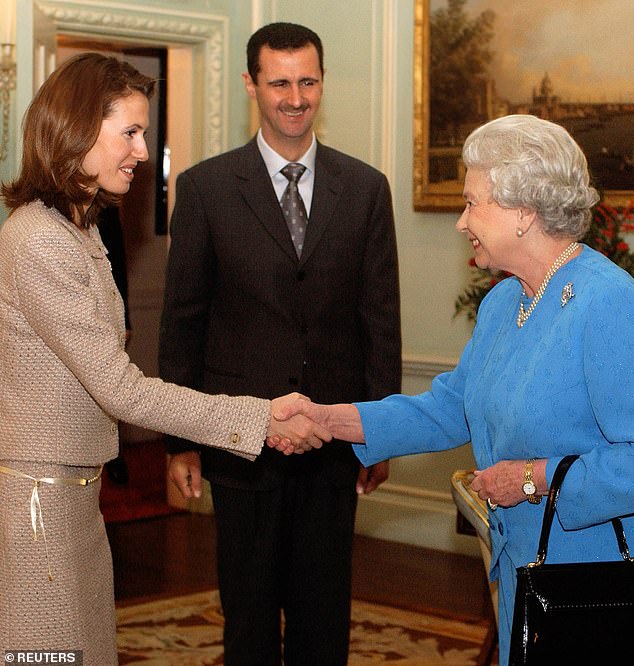