She kept her marriage to husband Siniša Mačković under-wraps for a whole year until announcing their anniversary earlier this month.

But Chloë Sevigny couldn’t hide her love for the art gallery director while enjoying a walk around with Siniša and baby boy Vanja on Monday.

The Kids actress, 46, looked ultra-chic as she donned a fuzzy cheetah-print coat and bell-bottoms to fetch lunch and then ice cream with her family. 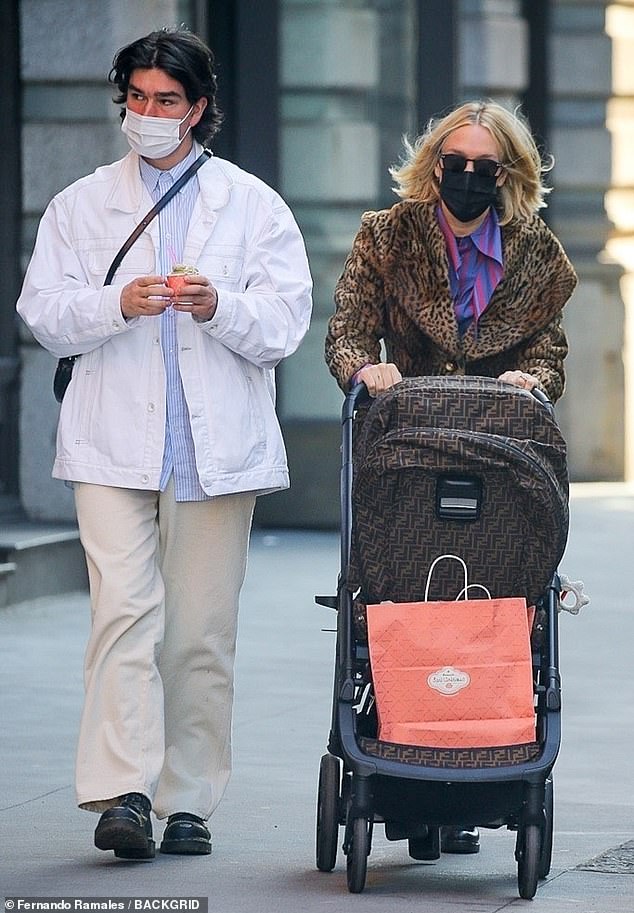 Family outing: Chloë Sevigny started her week off on the right foot, seen getting lunch with husband Siniša Mačković and son Vanja on Monday

But her most high-fashion accessory wasn’t part of her outfit, but was the Fendi stroller she pushed Vanja, almost 11-months-old, around in.

Siniša walked next to the it-girl-turned-actress carrying a small ice cream while clad in a white painter’s jacket, blue seersucker shirt, and light khakis.

It looked like they’d indulged in a delicious lunch from Italian eatery Sant Ambroeus, seen with a to-go bag tucked into the stroller’s bottom basket. 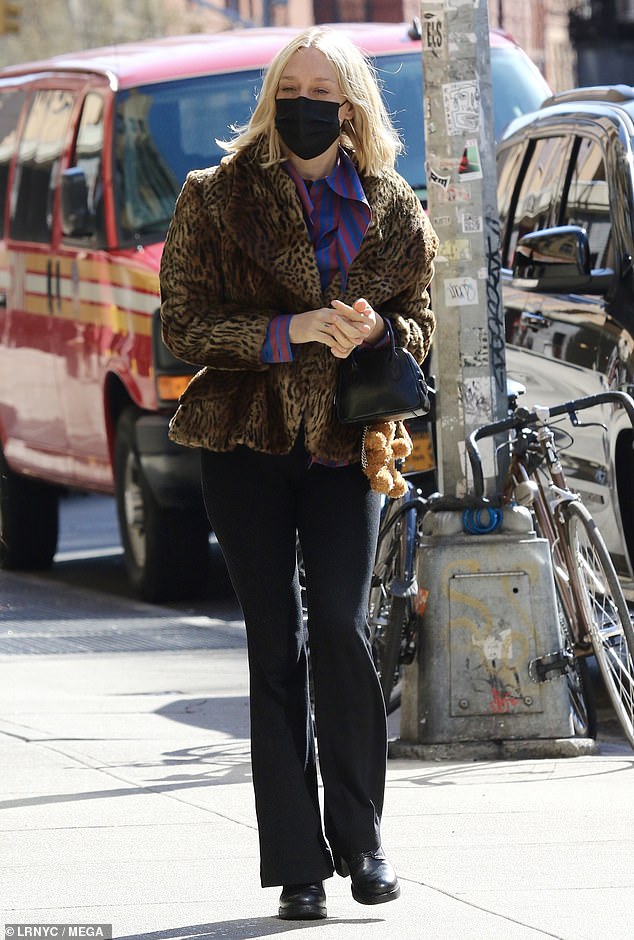 Cool as can be: The Kids actress, 46, looked ultra-chic as she donned a fuzzy cheetah-print coat and bell-bottoms around Manhattan 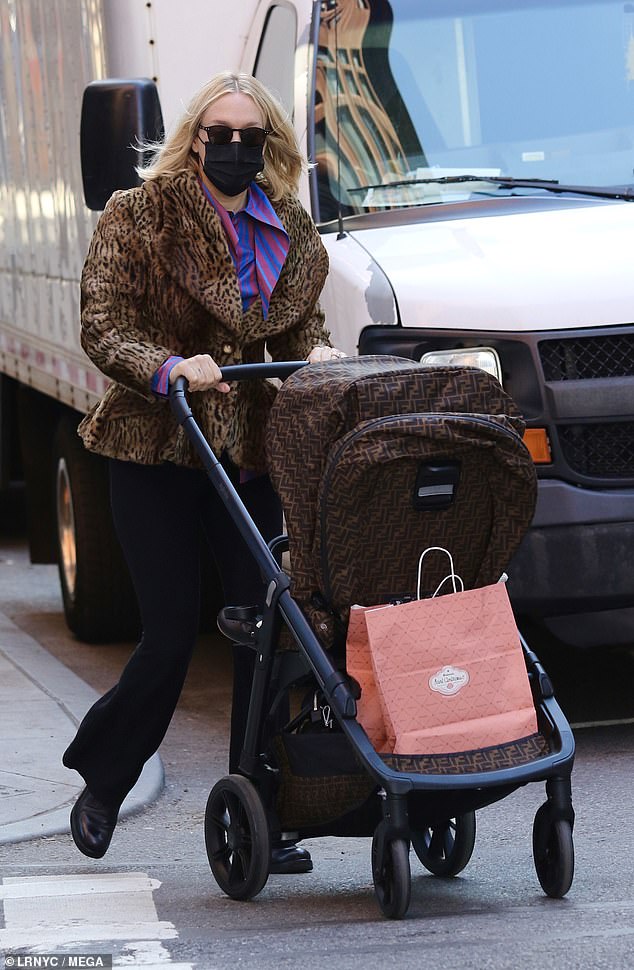 Yum: It looked like they’d indulged in a delicious lunch from Italian eatery Sant Ambroeus, seen with a to-go bag tucked into the stroller’s bottom basket

Chloë and family’s day around the Big Apple comes not long after she slyly revealed she and Siniša had secretly wed in March 2020, just weeks before the COVID-19 pandemic would transform life around the globe and two-months before welcoming Vanja May 2nd 2020.

The Big Love actress offered a glimpse into their wedding day, sharing a snap of the couple donning mostly black while posing in front of a backdrop of New York City Hall.

‘Married on a Monday. March 9th 2020,’ Sevigny wrote in the caption, adding: ‘Happy one year anniversary my love.’

The New York-native leaned on her love in the snaps, showing off her third-trimester belly in a tight, black longsleeve dress worn with opaque tights and ankle boots. 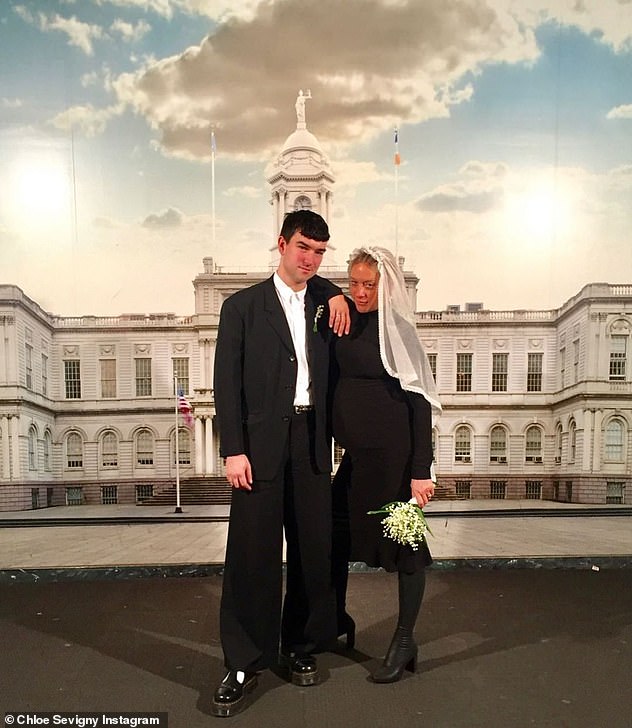 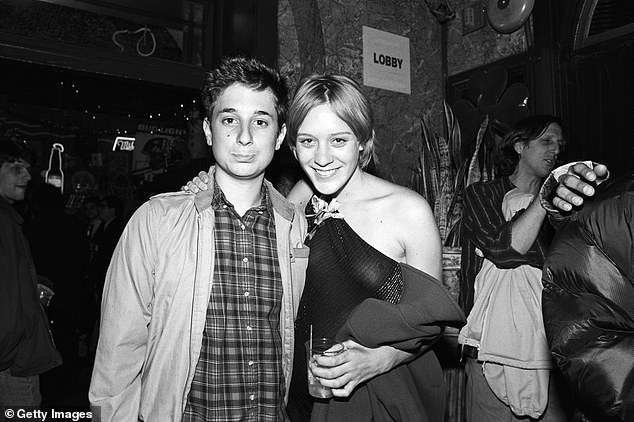 Exes: This is Sevigny’s first marriage. She’s previously been in high-profile relationships with filmmaker Harmony Korine (above together in 1996), Vincent Gallo, actor Jason Segal, and Pulp rocker Jarvis Cocker

Adding a simple touch of tradition, she tossed on a gauzy white veil while holding onto a bouquet of white blooms.

Sinsia smiled as he stood at the Gummo star’s side, donning a wide-legged suit with his jacket open casually.

This is Sevigny’s first marriage. 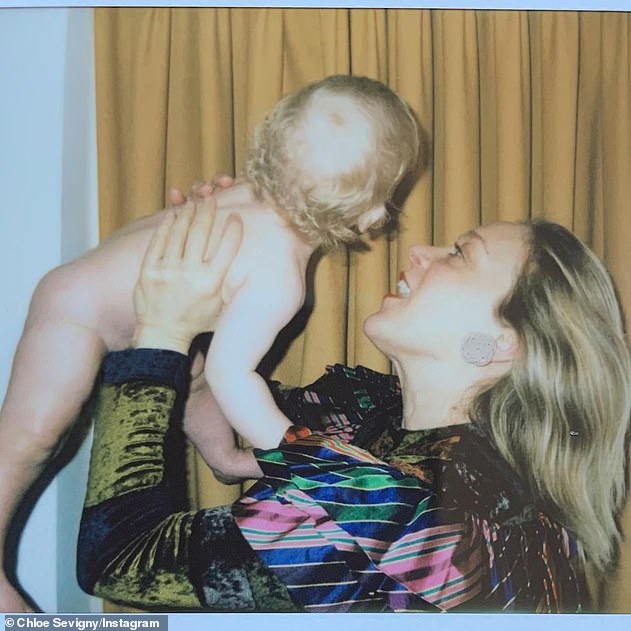 In late February Chloe offered another intimate look into her personal life when she shared an adorable snap of her and son Vanja.

The Brown Bunny star was all dolled up in the Polaroid snap as she lovingly cooed at the tot.

Despite being in the comfort of her home, Chloe was runway ready in a patterned silk dress while holding her blonde-haired boy.

Though Chloe and family have chosen to keep many details of their life under-wraps, she did open up to  ahead of her son’s arrival, talking about when she learned her child’s gender. 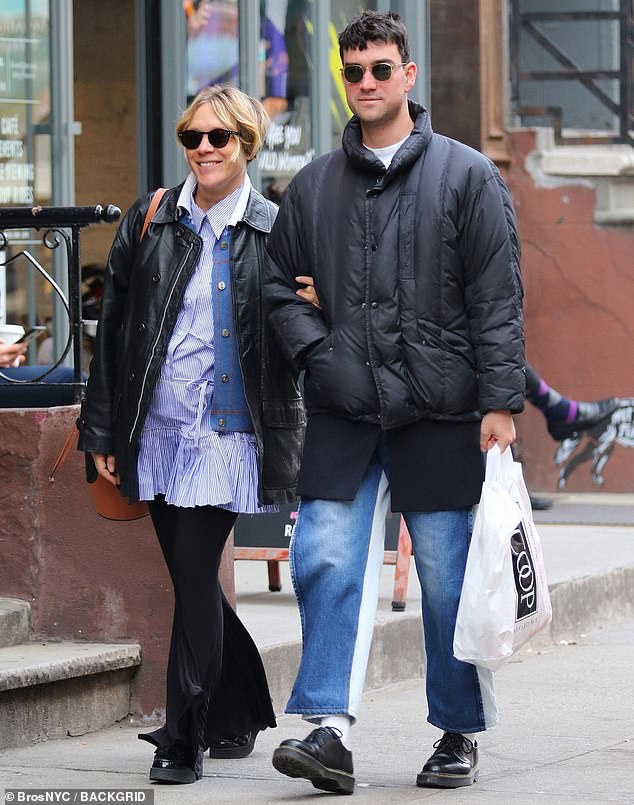 Parents-to-be: She and her now-husband Sinisa have chosen to keep much of their relationship and journey to parenthood under-wraps. They’re pictured in February 2020 above

‘When I found out I was having a boy, I had to wrap my head around that, as I am so girly. I don’t even have that many boy friends; all of my friends are girls. I just relate better to girls. I’m like, what the hell am I going to do with a boy?’ she shared.

Despite her initial hesitation, she shared that she was ‘thrilled and so excited about the whole thing.’

She and her Croatian-born beau have been dating for a little over two years, but she has rarely revealed any information about their relationship.

Sevigny admitted that their pregnancy was not planned in an interview with last year, saying ‘It was a real shocker. This was an accident. I didn’t think I’d ever have kids. I just acquiesced that it was not going to happen for me.’ 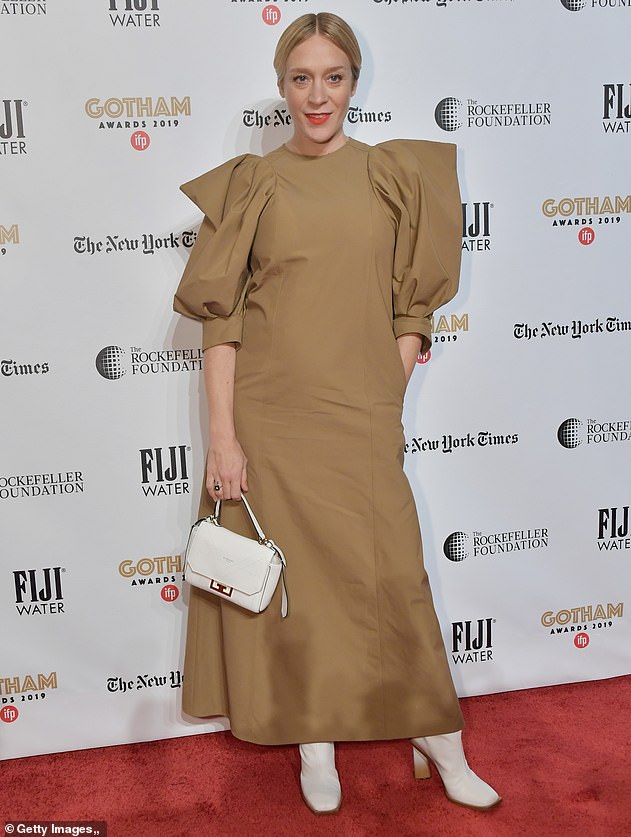 Unexpected news: The Oscar-nominated actress confessed that she didn’t think children were in the cards for her having tried over the years both naturally and with medical aid, as she called the exciting news ‘an accident’. She’s pictured in 2019 above 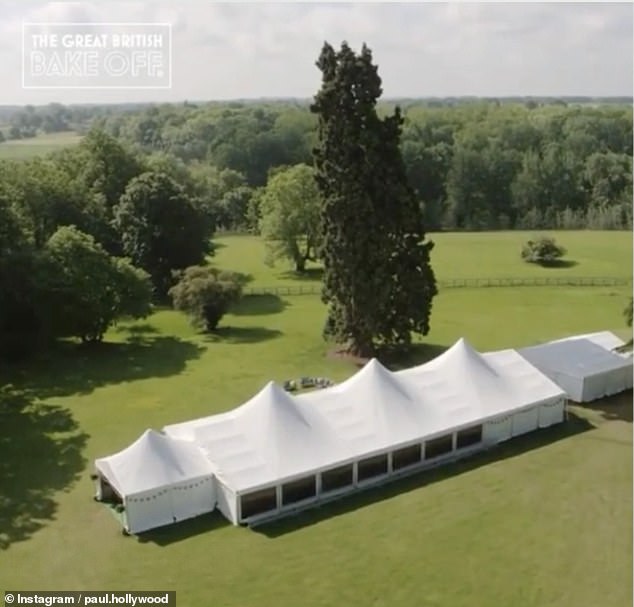 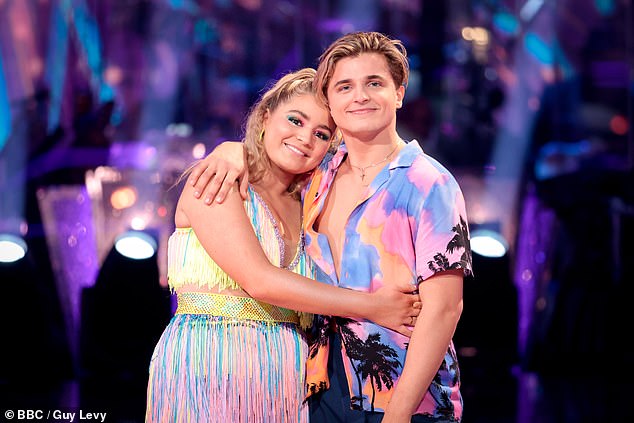 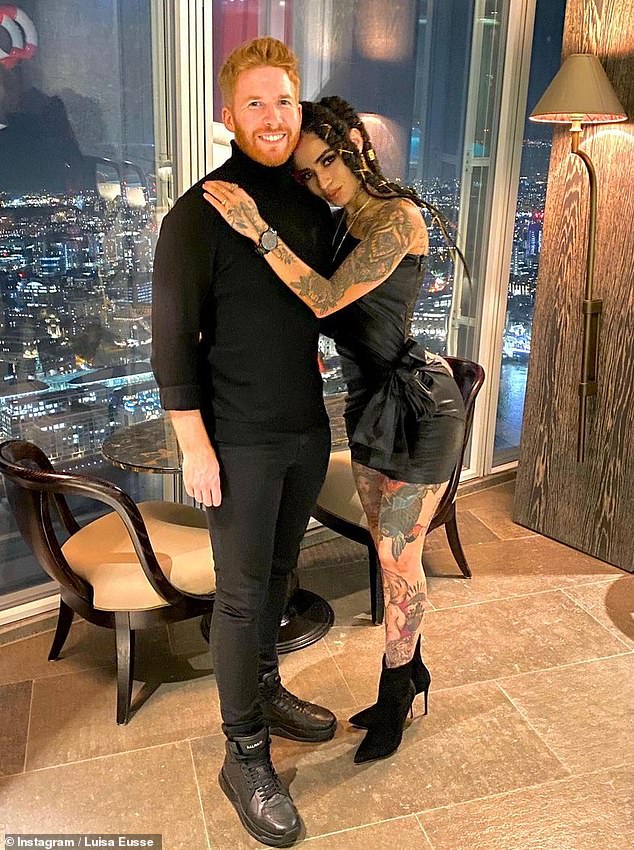 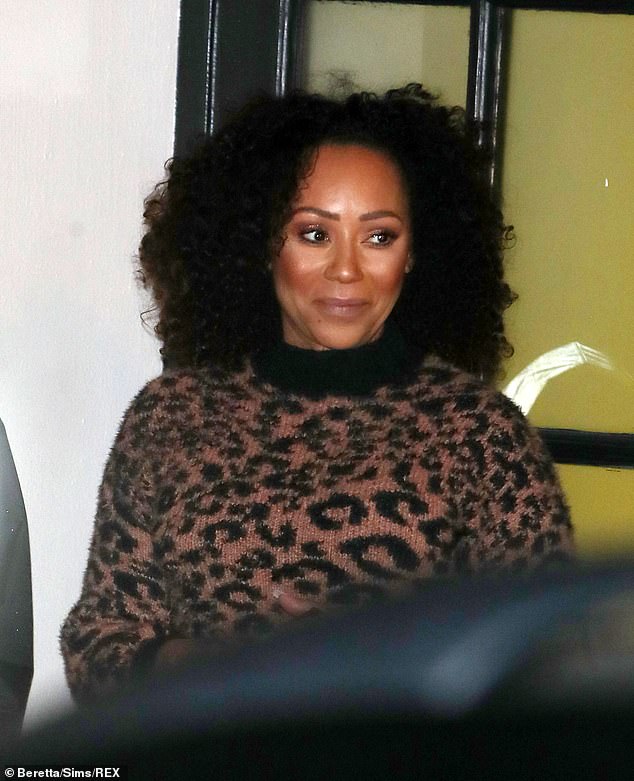 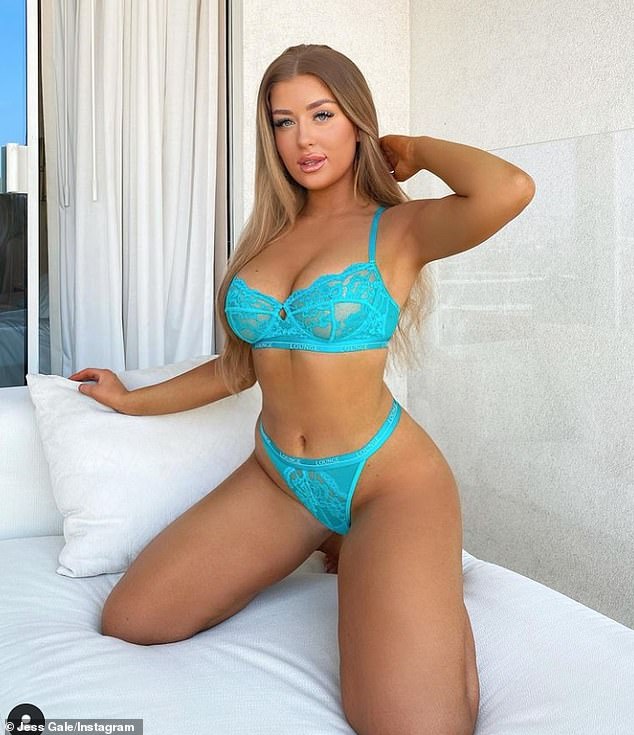 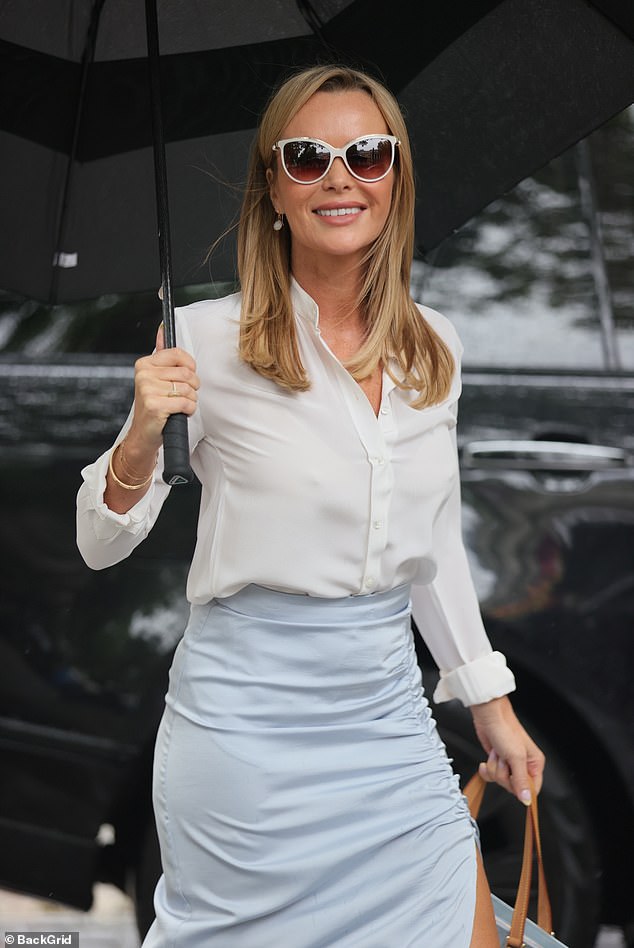 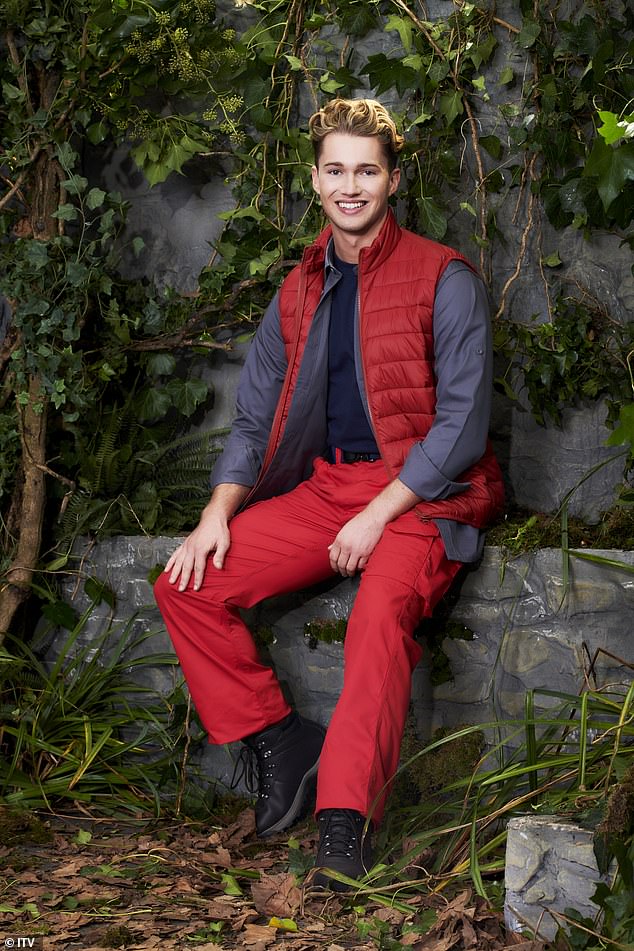