A new HBO docu-series has named the head of  as Ron Watkins, the son of the founder of 8chan.

Q: Into The Storm is airing on HBO Max on March 21. Its filmmakers name Watkins, the son of 8chan founder Jim Watkins, as Q, the head of the right-wing, pro-Trump conspiracy theory group.

Ron Watkins is interviewed as part of the series as his father and other members of the group.

It’s unclear why filmmaker Cullen Hoback thinks he is Q. Holback says he spent three years studying the right-wing group and he is interviewed for the series.

In a trailer for it, he told the filmmakers: ‘So you’re making a list of who might be Q?

Ron is the administrator of 8chan (now known as 8Kun), an online message board where QAnon sprouted roots in 2017 and gained followers. 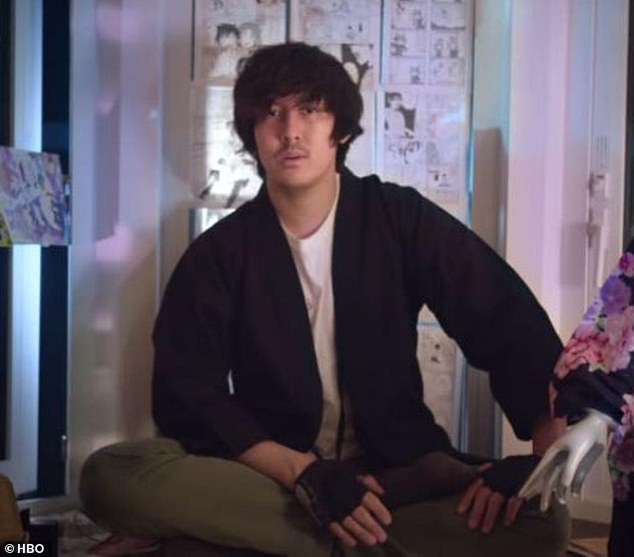 Q: Into The Storm is airing on HBO Max on March 21. Its filmmakers name Watkins, the son of 8chan founder Jim Watkins, as the Q, the head of the right-wing, pro-Trump conspiracy theory group. 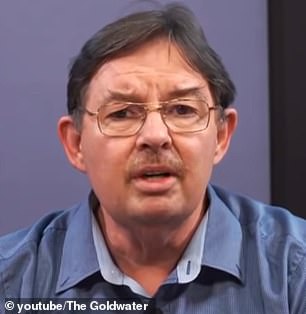 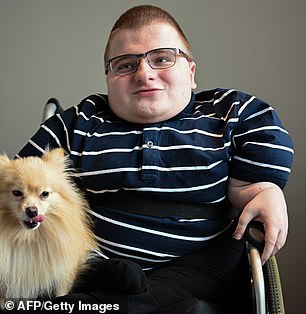 Ronald’s father is Jim Watkins (left). He now owns 8chan, now known as 8Kun, the online messaging board where QAnon took its roots. Frederick Brennan (right) founded 8chan and he quit in 2018 as he watched it become increasingly right-wing. He has previously said that Jim Watkins or his son is Q 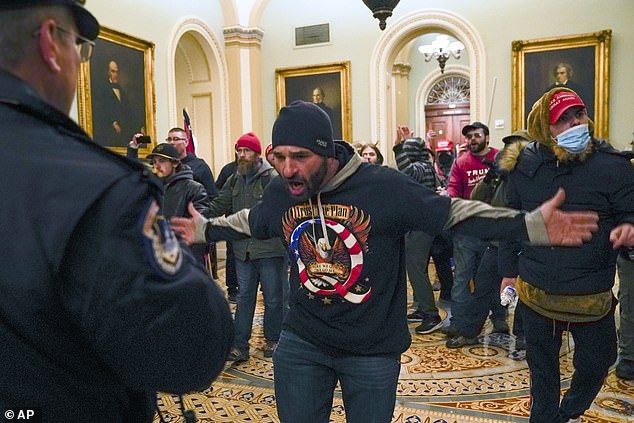 Many of the Capitol rioters were QAnon followers, including Douglas Jensen, who is shown storming the Capitol wit h a Q shirt on

QAnon exploded in the final months of Donald Trump’s presidency, bolstered by the unproven theory that widespread voter fraud won the election for Biden amid widespread conspiracy theories about the COVID-19 pandemic.

SOME OF QANON’S THEORIES

QAnon is founded on and operates under the belief that there is a deep-state organization of powerful, Democratic politicians who are pedophiles.

Supporters of the theory think that for years, these pedophiles have been able to operate free from criticism by protecting each other.

It also teaches that they are Satan worshipers who, after abusing children, drink their blood.

None of it is true.

One theory that has been tied to QAnon but was not necessarily borne out of it is the idea that there is a video, found on the laptop of disgraced congressman Anthony Weiner, which shows his wife Huma Abedin and Hillary Clinton abusing a child and then drinking the child’s blood.

Pizzagate erupted as a theory during the first Trump election in 2016.

It is the theory that the Comet pizza shop in Washington DC has been used for years as a base for the pedophile and child sex trafficking ring.

Again, there is no evidence of it.

It’s unclear if ‘Q’ – if it is Ronald Watkins – could face any criminal charges in relation to the January 6 attack on the Capitol.

8chan was originally created by Fredrick Brennan but he quit after the Watkins refused to remove the racist manifesto of the Christchurch, New Zealand, shooter, in 2018.

He has been trying for years to get the site taken offline and says it is now out of control and dangerous.

Only Jim and Ron have verified ‘Q’s posts on 8chan, which has fueled speculation that one of them is the leader.

They have also appeared on 4Chan, the less extreme version of the site.

Many of the rioters from the January 8 attack on the US Capitol were QAnon followers and some even wore ‘Q’ branded clothing.

The rioters were irate and incredulous when Trump lost the election, and deduce that the only explanation for it was that he is being victimized by a secret organization of powerful pedophiles and child traffickers who had arranged widespread voter fraud to secure the election for Biden.

Among the wild theories tied to QAnon is Frazzledrip – a farfetched theory that claims there is a video of Hillary Clinton and her former aide Huma Abedin mutilating a young girl and drinking her blood as part of a satanic ritual.

QAnon also believes the Pizzagate theory – that a pizzeria in Washington DC was being used by powerful politicians and leaders to sexually traffic children.

None of the theories have ever been supported by any evidence.

They were at first considered harmless, marginalized to a corner of the internet, but under Trump’s presidency they gained steam and have now infiltrated the real world of politics.

Republican Congresswoman Marjorie Taylor Greene has said in the past that she believes some of what QAnon teaches, and some voters factored it in when deciding how to cast their ballots this year.

Watkins lived with his father in the Philippines in the early 2000s.

It’s believed he is now living in Japan but it’s unclear where. It is also unclear how old he is. 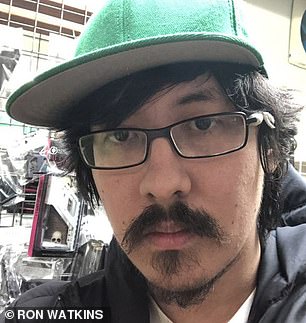 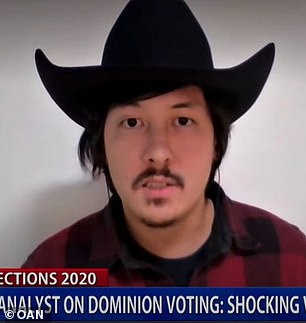 Little is known about the mysterious Watkins. He is believed to be living in Japan but it’s unclear where and it’s also unclear how old he is

This is an example of the kind of post left on 8chan by ‘Q’. The account has never been claimed 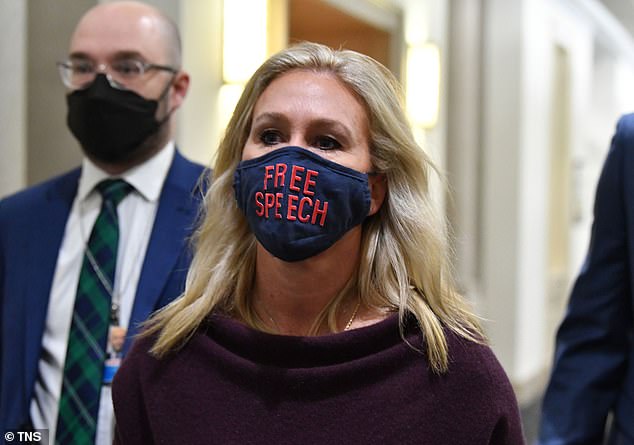 Qanon took its roots after President Trump won the 2016 election. In 2017, the posts – known as Qdrops – started appearing online.

They claimed that he was fighting back against a ‘deep state’ network of pedophiles and that the world had no idea what was really going in within the highest levels of Washington power.

Q claimed to be a military source with privileged information on the matter.

They never revealed their identity, nor did they give proof for any of what they were claiming.

But as Trump waged war on Democrats in Washington and as he fought endless battles with the mainstream media, the theories – which once seemed far-fetched – started gaining sympathy.

In January, the theory and those who support it were deemed terror risks. 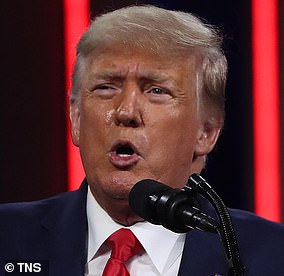 QAnon exploded in the final months of Donald Trump’s presidency, bolstered by the unproven theory that widespread voter fraud won the election for Biden amid widespread conspiracy theories about the COVID-19 pandemic.

It had been gradually gathering steam throughout Trump’s presidency after being founded in 2017 or thereabouts.

It started with a few posts that had been put on 4Chan, by Q, that were picked up on and promoted.

Q claimed to be a high ranking military official with knowledge of what Trump was up against – a secret ring of pedophiles and child sex traffickers.

Trump never endorsed the movement, although he is its hero.

He has, in the past, described some of its followers as ‘people who love our country.’

Facebook and Twitter have taken down or restricted countless QAnon posts which only feeds supporters’ believes that big tech is also in bed with the pedophile ring.

At one time, the conspiracy theorist set their sights on the Robert Mueller Russia probe.

They believe that it was a cover for a bigger investigation into the pedophile ring.

When Mueller’s investigation concluded to no avail other than clearing Trump of wrongdoing, QAnon’s focus shifted.

Jim Watkins attended the January 6 riot and took the filmmaker with him. It’s unclear whether or not Ron was there. 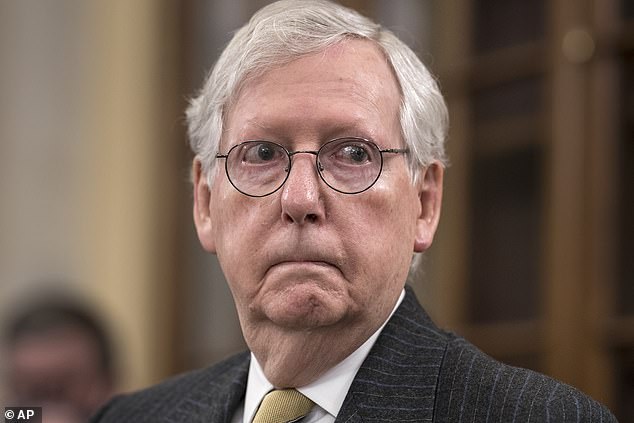 ‘I’m not going anywhere’: Mitch McConnell rejects claims he will be stepping down as Senate leader 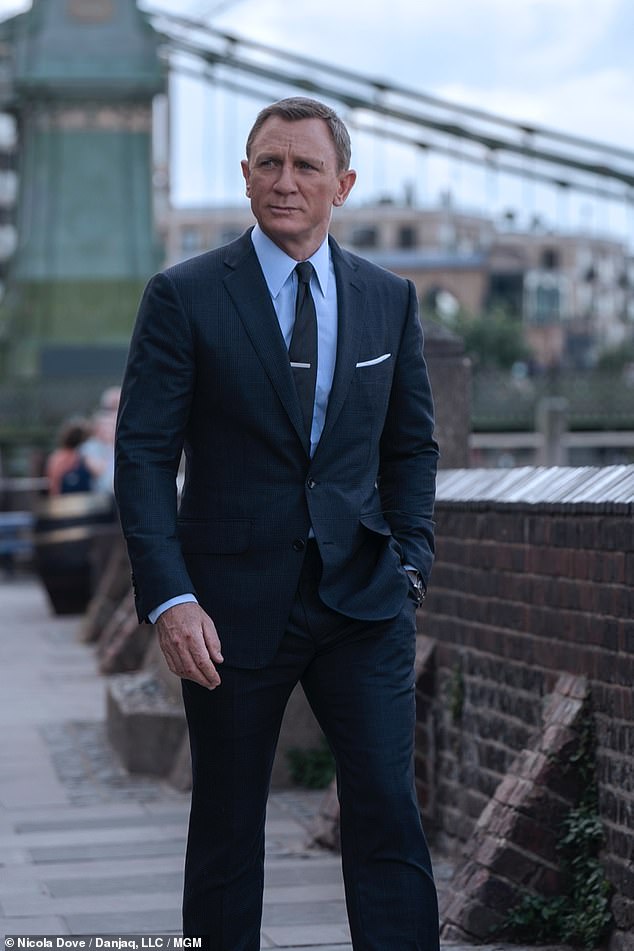 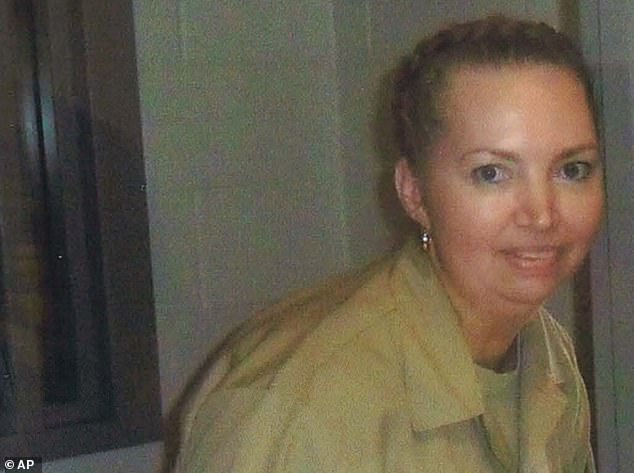 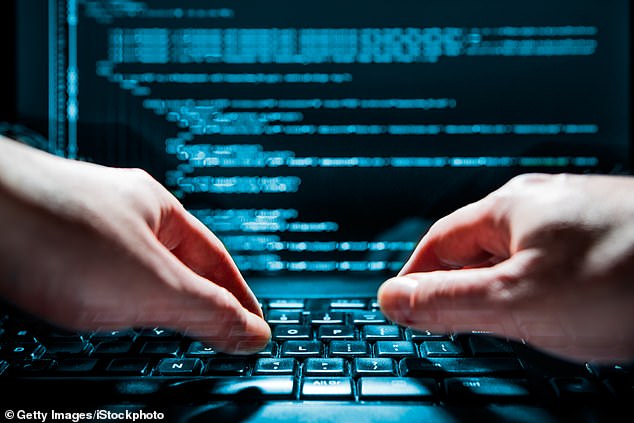 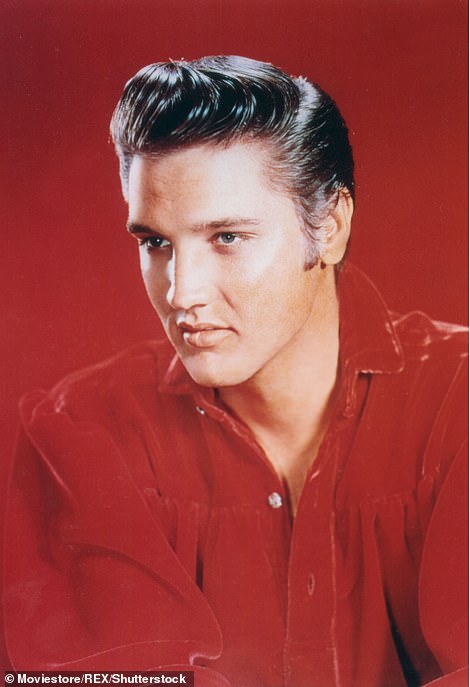 The fascinating stories behind the watches of iconic people throughout history 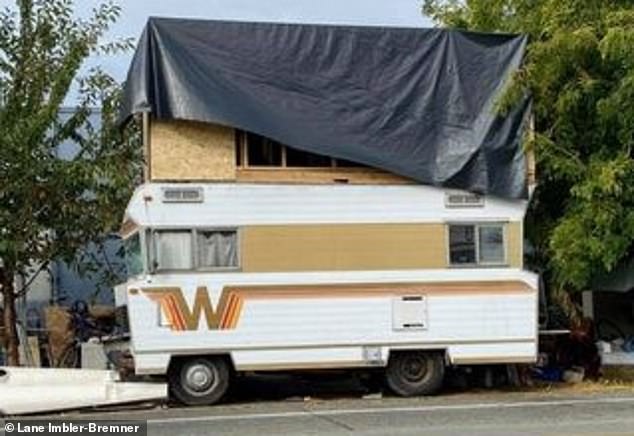 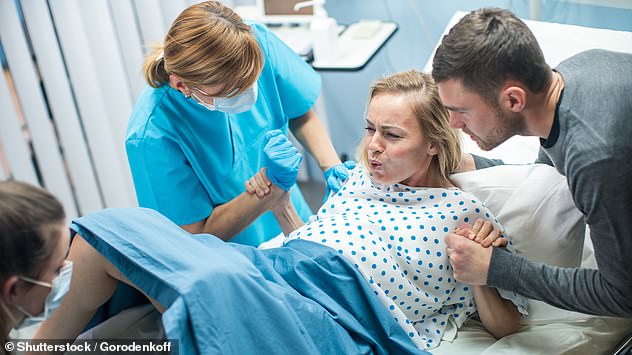 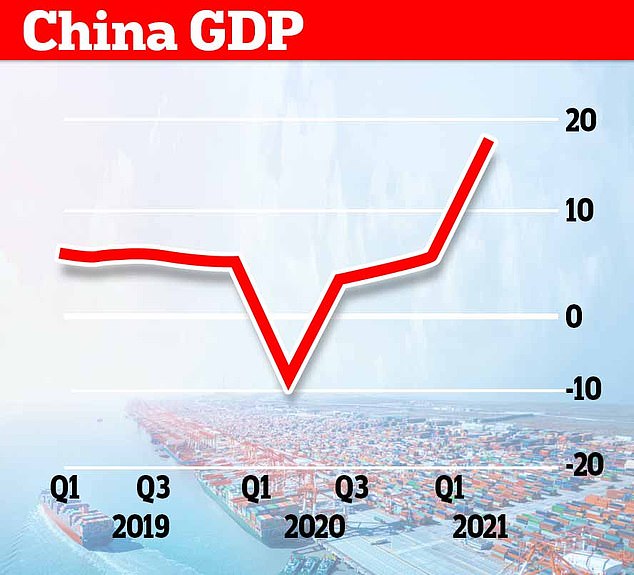