Conservative radio icon Rush Limbaugh is still boasting from the grave, with his death certificate listing his occupation as the ‘greatest radio host of all time’.

Limbaugh, who was dubbed the ‘voice of American conservatism’, died on February 17, aged 70, following a year-long battle with lung cancer.

Prior to his death, Limbaugh had galvanized listeners for more than 30 years with his unflinchingly conservative and self-promoting personality.

And his death certificate, obtained by , appears to hammer that point home.

Under the section that lists occupation, his death certificate reads: ‘Greatest radio host of all time’. 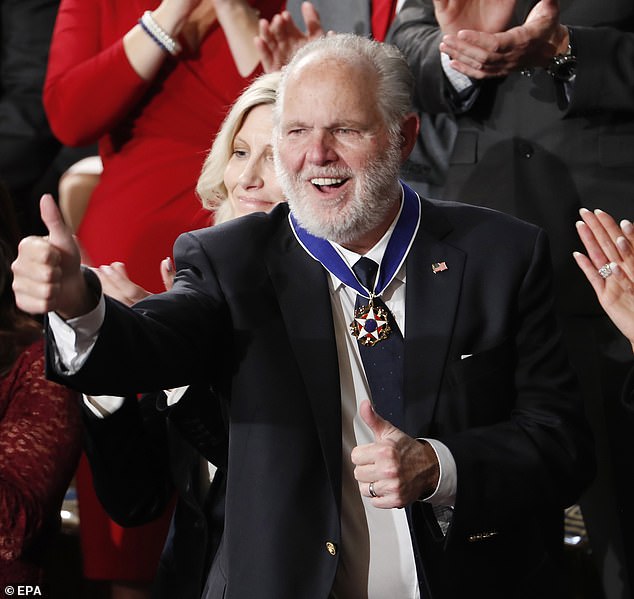 Rush Limbaugh, who was dubbed the ‘voice of American conservatism’, died on February 17, aged 70, following a year-long battle with lung cancer 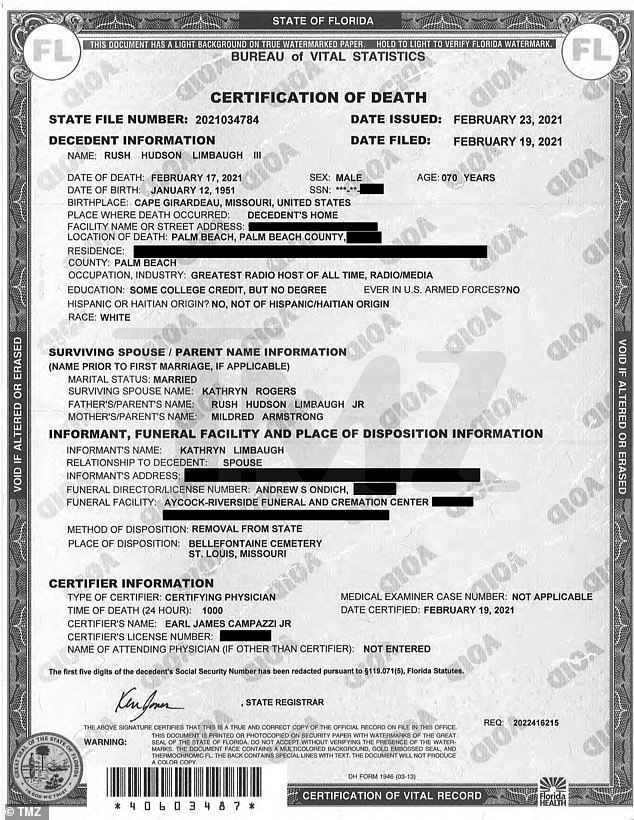 On his death certificate, obtained by TMZ, his occupation is listed as the ‘greatest radio host of all time’

It is likely that his widow, Kathryn Limbaugh, is behind the title given she is listed on his death certificate as the person providing the information.

Kathryn married Limbaugh back in 2010 after the couple had been dating for three years. He had been married three times previously.

Before his death, Limbaugh was a leading voice of the Republican party and conservative movement for decades with a daily radio show that was broadcast on more than 600 US stations for more than 30 years.

His widow praised her late husband a week ago during an interview on his radio show, saying that ‘he was just shy of a president’.

‘I’m doing okay. Of course, it’s a very difficult time. But I really, truly feel we are all going through this process together, and it’s very much a process,’ she told guest host Todd Herman.

Speaking about his funeral, she said: ‘It was an absolutely gorgeous day, slightly chilly, but nothing like the snow that Missouri had had a few days prior. The sun was shining brightly and the really crisp air, and this cemetery is very historic.

‘And just to picture it, it might remind you a bit of Arlington or other historic cemeteries around the world, with winding hills and pathways and big trees that are bare right now but in the upcoming months they will be full and green and very lovely to walk around. 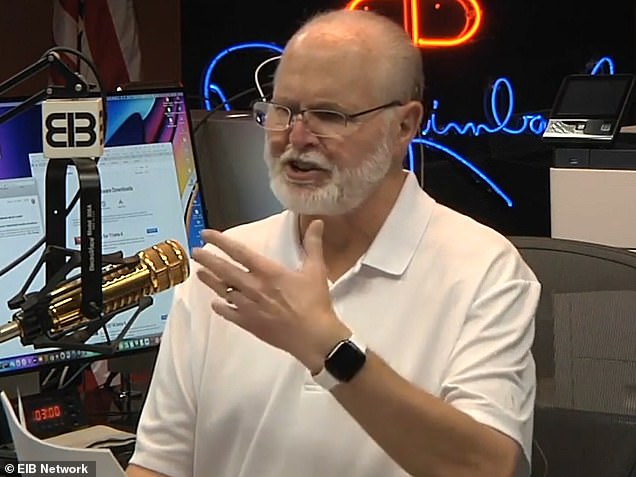 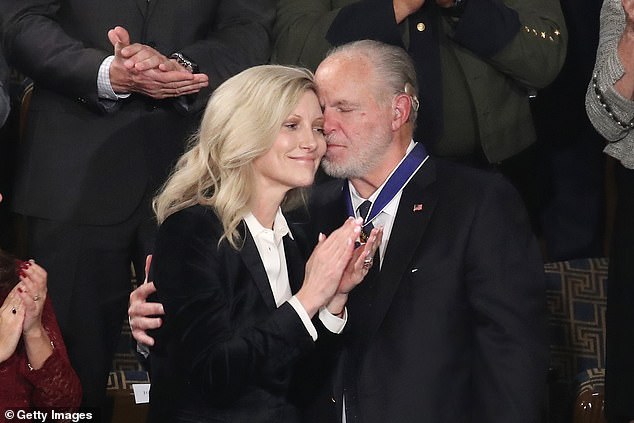 Rush Limbaugh pictured embracing his wife in February 2020. Limbaugh, 70, passed away in February due to complications with lung cancer

‘I’ve always said Rush is just shy of a president, in my opinion.’

Limbaugh, who was diagnosed with Stage IV advanced lung cancer back in February 2020, hosted his last radio show on February 2.

His radio show became nationally syndicated in 1988 and quickly built a large and committed following, making him wealthy in the process.

Forbes magazine estimated his 2018 income at $84 million, ranking him behind only Howard Stern among radio personalities.

Despite his diagnosis, Limbaugh continued to host his radio show in the months that followed.

He had vowed to do his program ‘as normally and as competently’ as he could while undergoing treatment.

In his last broadcast of 2020, Limbaugh thanked his listeners for their support as he opened up about his fight with terminal cancer. 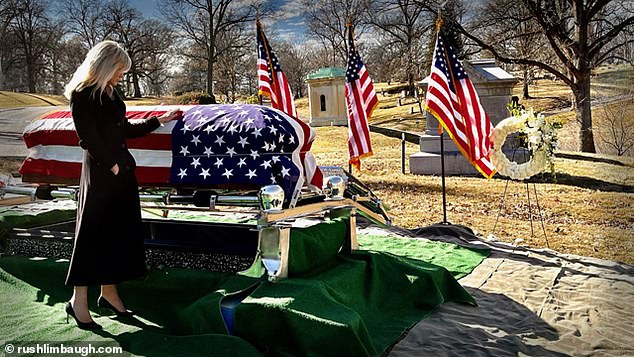 Limbaugh, 70, passed away on February 17 and was laid to rest on February 24. His wife Kathryn Limbaugh is pictured at his funeral

‘I wasn’t expected to be alive today,’ he said.

‘I wasn’t expected to make it to October, and then to November, and then to December. And yet, here I am, and today, got some problems, but I’m feeling pretty good today.’

Just days after revealing he had cancer last year, Limbaugh attended President Donald Trump’s State of the Union where he was awarded the Presidential Medal of Freedom.

First Lady Melania Trump presented him with the nation’s highest civilian honor after her husband lauded Limbaugh as ‘a special man beloved by millions of Americans’ and ‘the greatest fighter and winner that you will ever meet’.

He called himself an entertainer but his monologues during his three-hour weekday radio show shaped the national political conversation, swaying ordinary Republicans and the direction of their party. 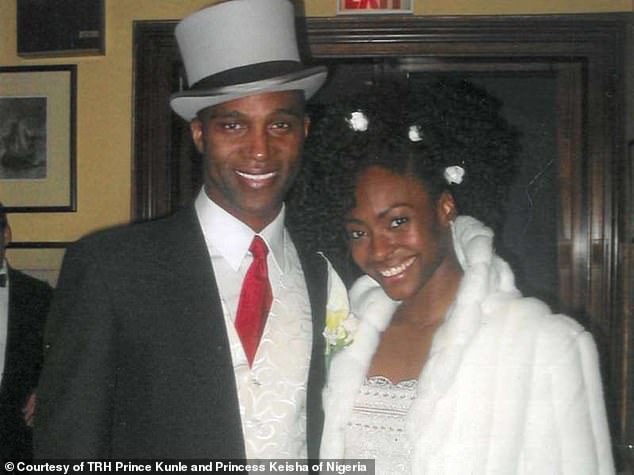 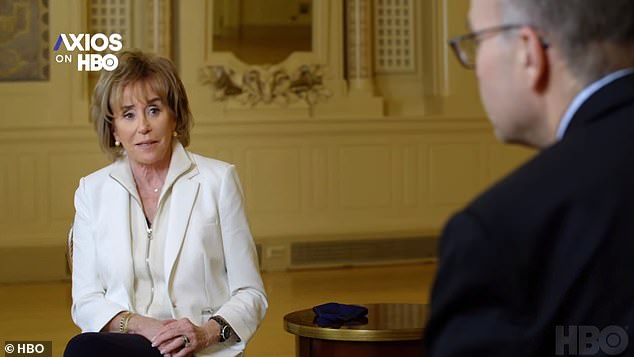 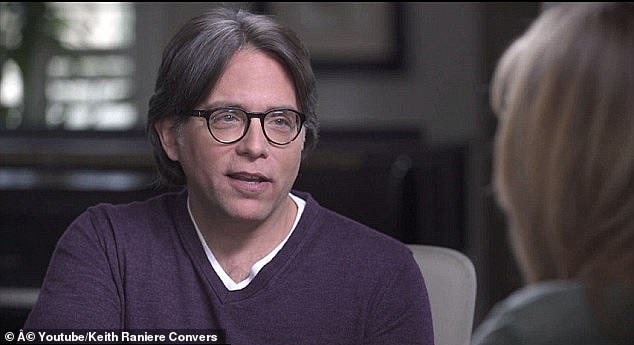 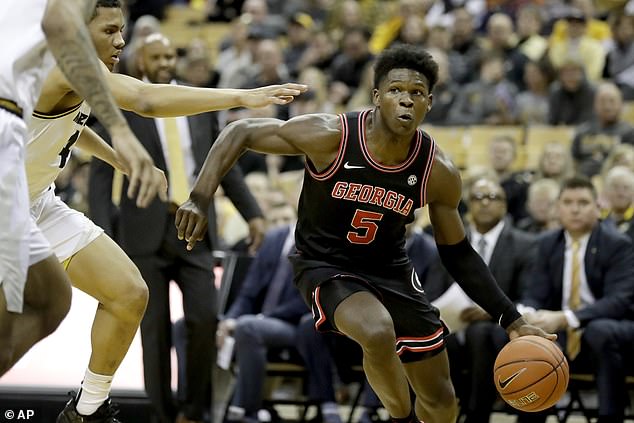 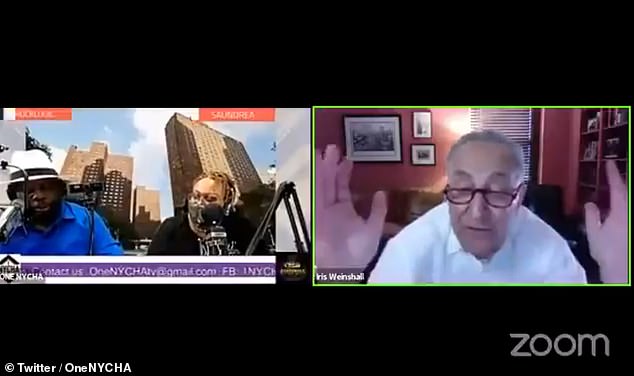 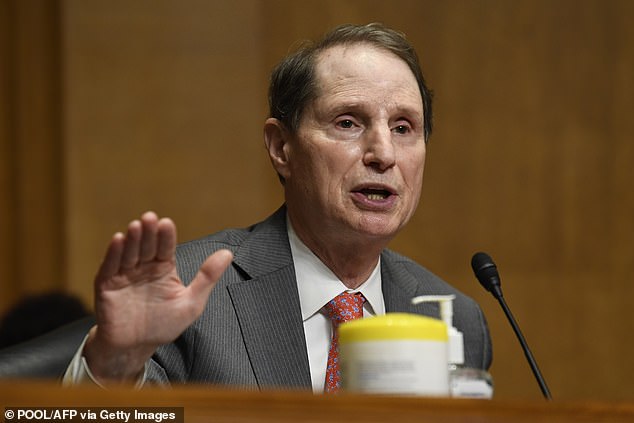 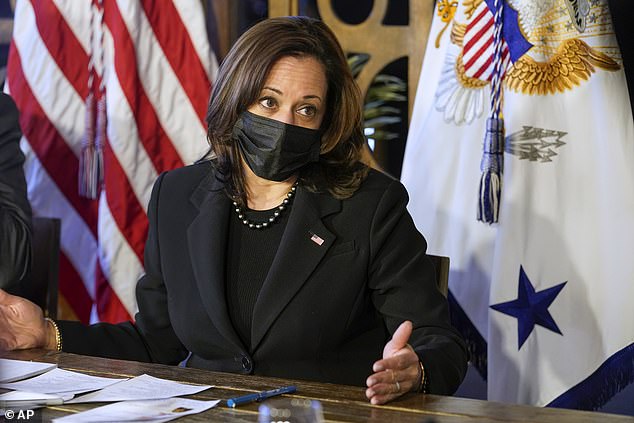 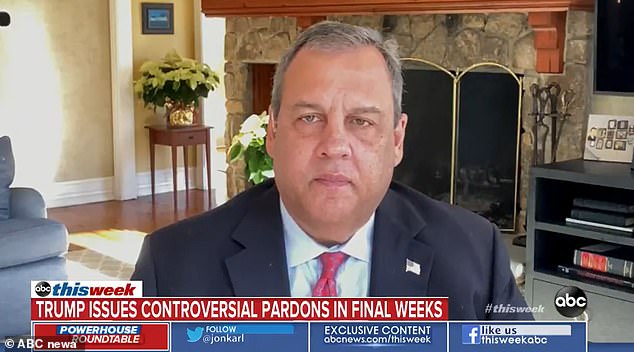