Downing Street has refused to rule out a one-off Covid bonus for nurses as it faces a tsunami of fury over a 1 per cent pay rise for staff.

– who faces the nation in a 4pm press conference today – is under pressure to up the offer made to an independent pay review, after ministers said it was the only ‘affordable’ increase.

The offer sparked widespread condemnation and threats of strike action from nursing unions, coming after a year of backbreaking efforts to save lives from .

First Minister has already said that nurses in Scotland will receive a £500 bonus, and the Prime Minister’s official spokesman today refused to rule out a similar move in England.

‘We have been clear that we think the 1 per cent pay rise is what is affordable,’ he said.

‘I’m not going to comment on speculation. We’ve set out what we think is affordable, it’s now for the pay review body to look at that and look at the other evidence and come forward with their recommendation.’

It came as new research suggested that three out of four NHS workers affected by the Government’s controversial pay offer are women.

Unison’s head of health Sara Gorton said: ‘The overwhelming majority of staff working in the NHS are women. The people who’ve been working tirelessly to care for us during the pandemic, and who expected a decent pay rise to recognise their efforts and boost morale.

‘International Women’s Day would be the perfect opportunity for ministers to swiftly admit they’ve got this wrong and think again about their paltry pay offer.’ 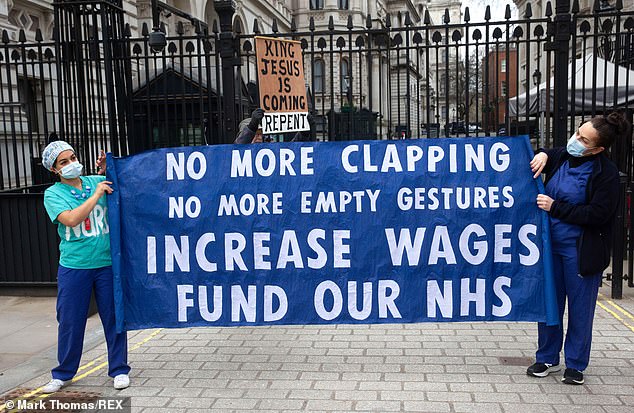 The offer sparked widespread condemnation and threats of strike action from nursing unions, coming after a year of backbreaking efforts to save lives from coronavirus. 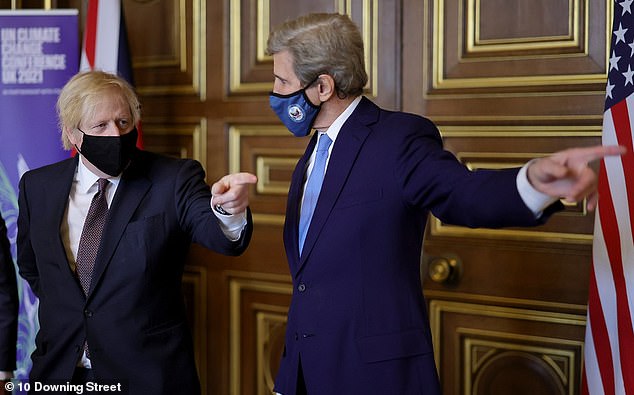 Mr Johnson (pictured today with US climate change envoy John Kerry)  is under pressure to up the offer made to an independent pay review, after ministers said it was the only ‘affordable’ increase

Labour, which commissioned the research, accused the Government of refusing to address these issues in any of its economic responses to the pandemic.

Marsha de Cordova, shadow women and equalities secretary, said: ‘Once again the Chancellor has chosen to turn his back on women who have experienced the worst economic and social impacts of the pandemic.

‘To give women on the NHS front lines a pay cut is just another example of how badly Boris Johnson’s government have consistently failed women.

‘Inaction risks further entrenching inequalities long into the future and turning the clock back on progress made over the last few decades.

‘The Government must guarantee NHS workers a real pay rise.’ 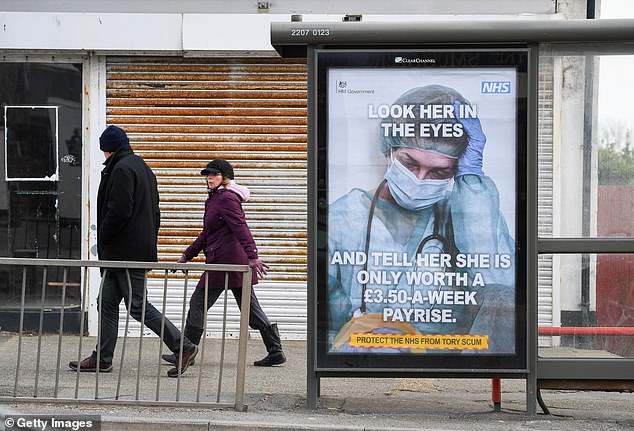 Labour said women made up the majority of jobs in professions including nursing, midwives, health visitors and support roles.

Labour said women made up the majority of jobs in professions including nursing, midwives, health visitors and support roles.

The Government is facing growing anger over its recommended 1% pay rise, with some unions threatening industrial action, while Unison is urging the public to join a ‘slow handclap’ next Thursday in a show of support for NHS workers.

A Government spokesman said: ‘Over one million NHS staff continue to benefit from multi-year pay deals agreed with trade unions, which have delivered a pay rise of over 12 per cent for newly qualified nurses and will increase junior doctors’ pay scales by 8.2 per cent.

‘Pay rises in the rest of the public sector will be paused this year due to the challenging economic environment, but we will continue to provide pay rises for NHS workers, on top of a £513 million investment in professional development and increased recruitment. That’s with record numbers of doctors and 10,600 more nurses working in our NHS, and with nursing university applications up by over a third.

‘The independent pay review bodies will report in late spring and we will consider their recommendations carefully when we receive them.’ 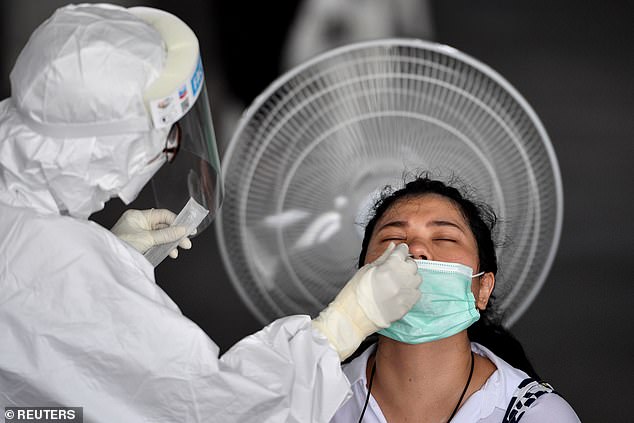 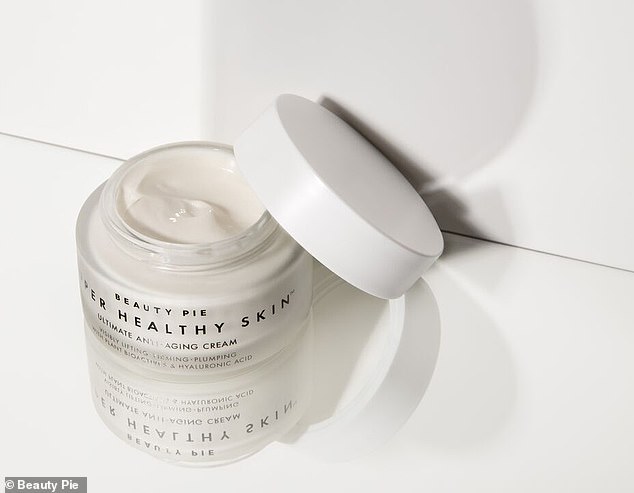 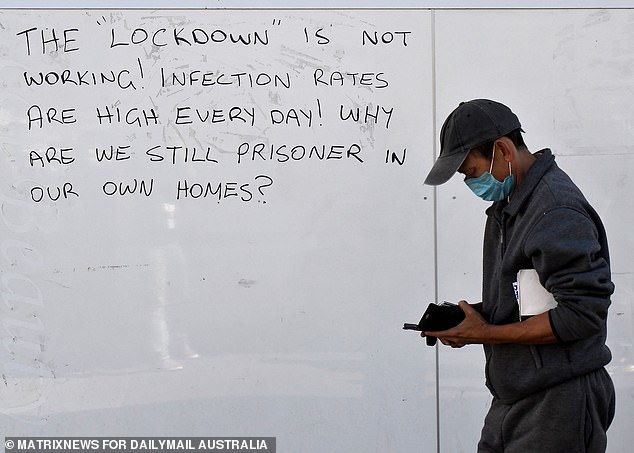 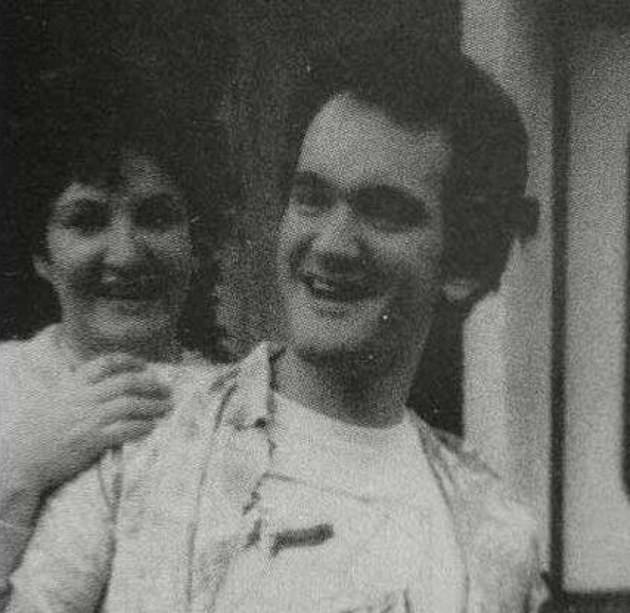 Quentin Tarantino’s mother, 75, says she is proud of him even though he hasn’t given her a penny 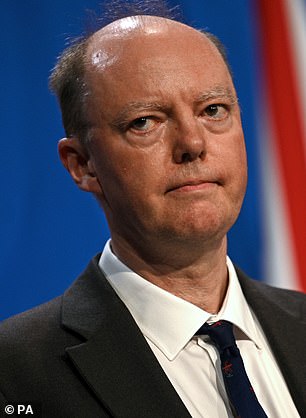 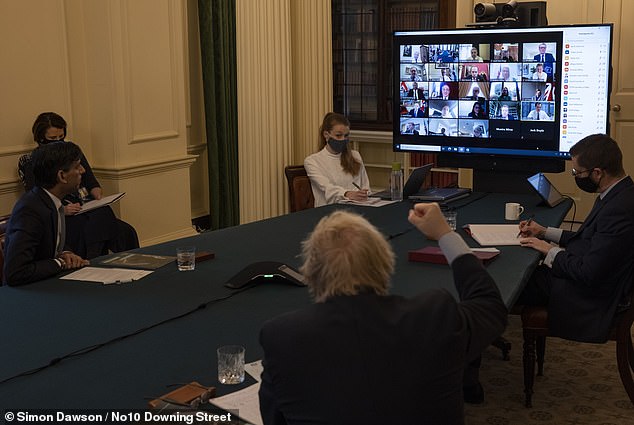