Stripping off her wedding dress and donning a leotard, Belinda, 29, sat her groom, 27, in a chair and danced around him passionately.

As she twirled and writhed on the floor, fans watching at home could not contain their amusement. 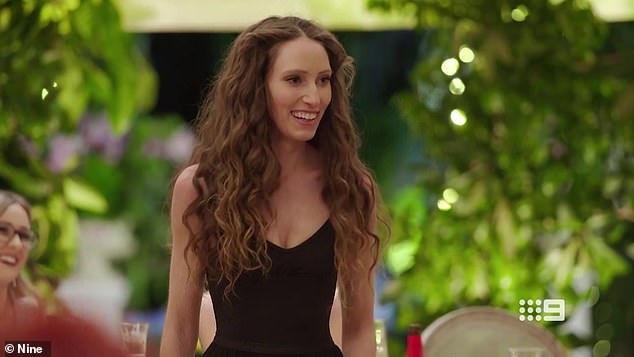 One person Tweeted: ‘Belinda: [dances]. Me: Did I just open up my jewellery box from 20 years ago?’

Another viewer wrote: ‘Am I awful if I say this dance is a bit weird?’

While someone else added: ‘WHAT IS HAPPENING?? Why is there an interpretive dance happening? I’M SO CONFUSED.’ 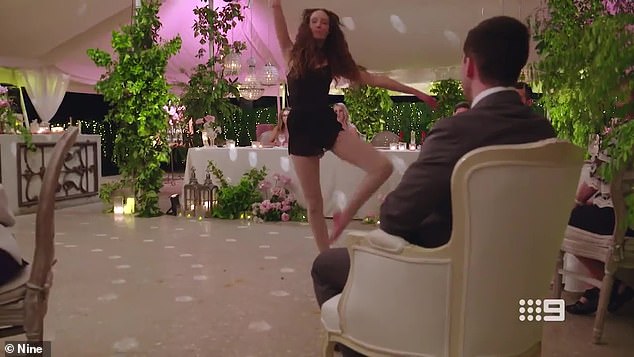 That’s something! Stripping off her wedding dress and donning a leotard, Belinda sat her groom in a chair and danced around him passionately 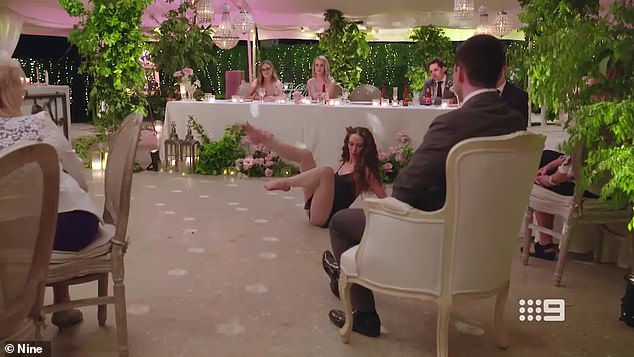 She’s got the moves: As she twirled and writhed on the floor, fans watching at home could not contain their amusement

One more wrote:  ‘Anyone that does interpretive dancing, I’m sorry, but just no’.

Another person said:  ‘I am getting big summer heights high Ja’mie dancing in front of the assembly vibes here’.

Several people watching at home were expecting the dance to be a tad racier.

‘I really hope Patrick’s thought wasn’t, “oh have I married a stripper”‘ one person Tweeted. 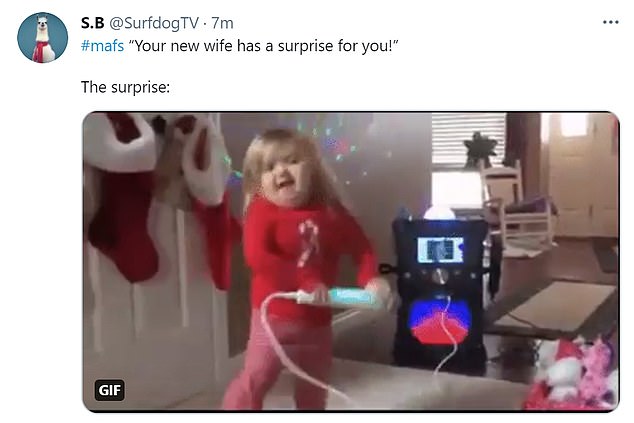 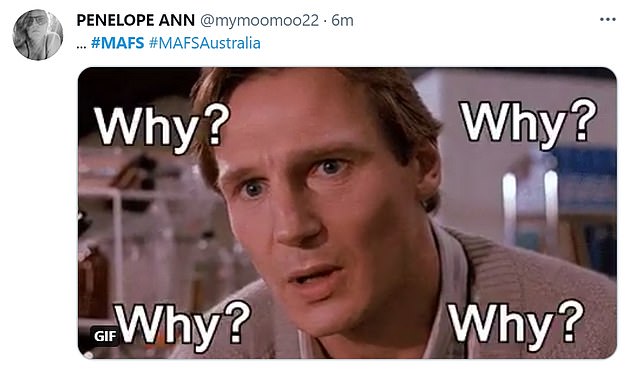 Funny: Fans at home poked fun at her ‘interpretive dance’ but others thought it was ‘beautiful’ and bonded the couple closer to together, while others thought she was about to strip

Another viewer added:  ‘When they said she was going to dance I thought they meant like Showgirls’.

However, just as many viewers found the dance to be a sweet bonding moment between the new couple.

‘I was bracing myself for something really cringe but she is amazing and Patrick is mesmerised by her,’ someone wrote.

Another Tweeted: ‘And he wasn’t freaked out by the interpretive dance. Good match,’ while someone else added: ‘Belinda’s dance was beautiful’. 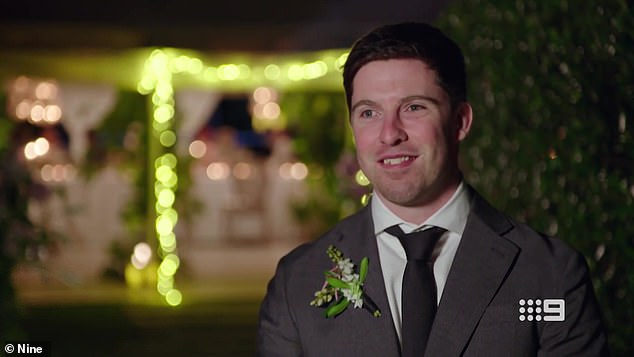 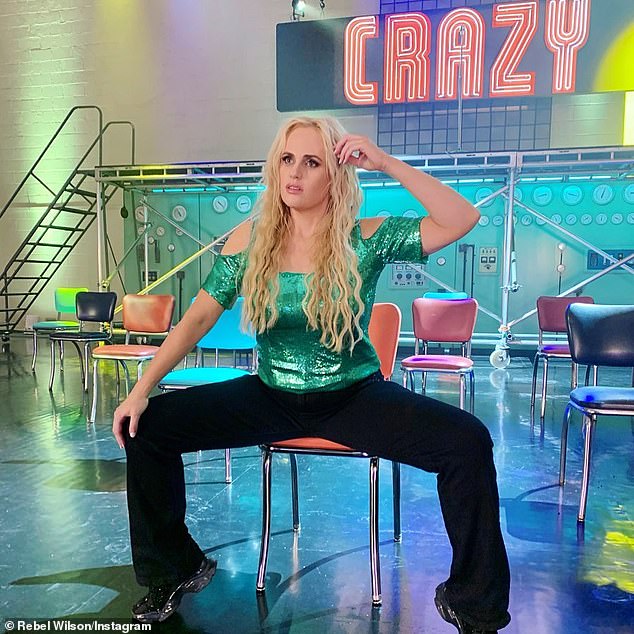 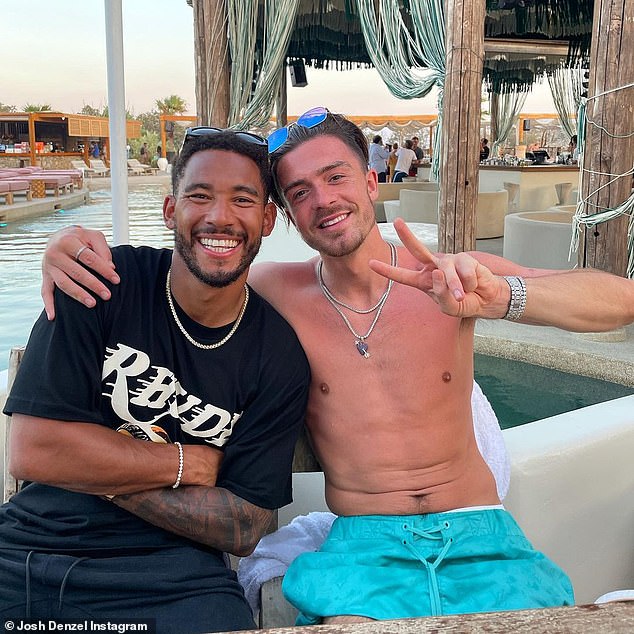 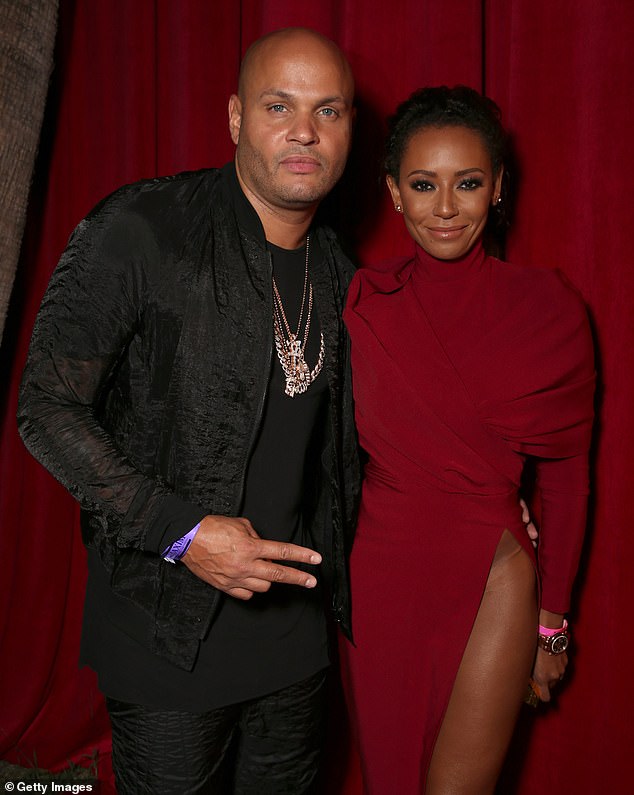 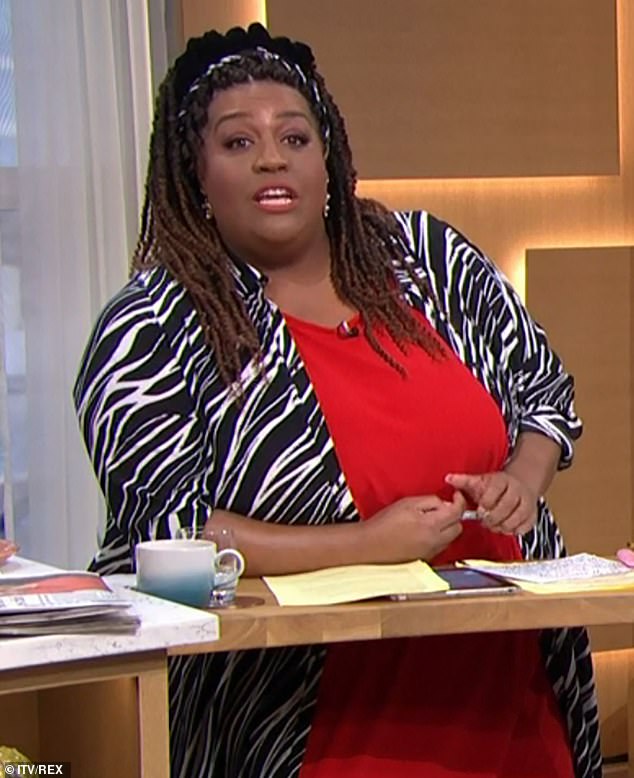 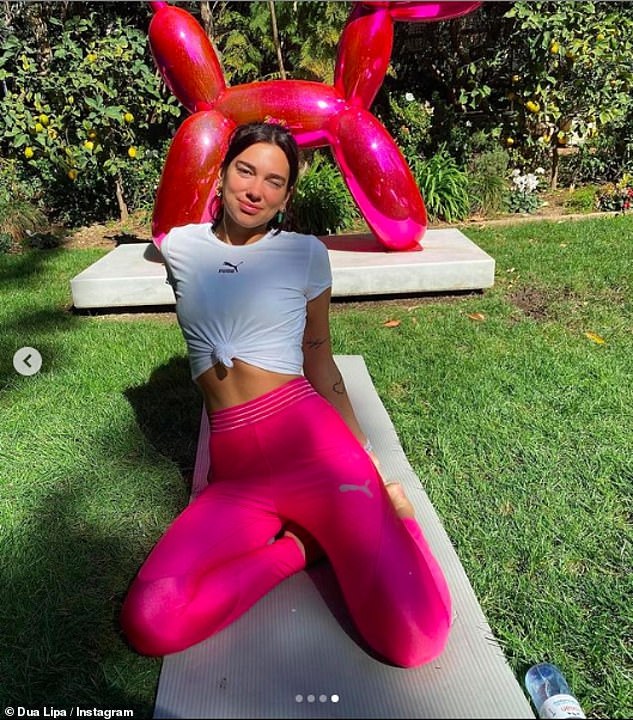 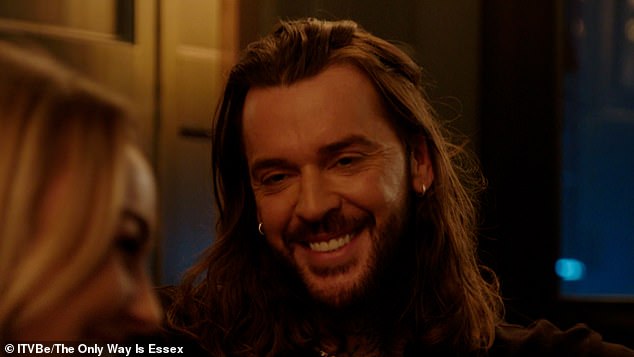 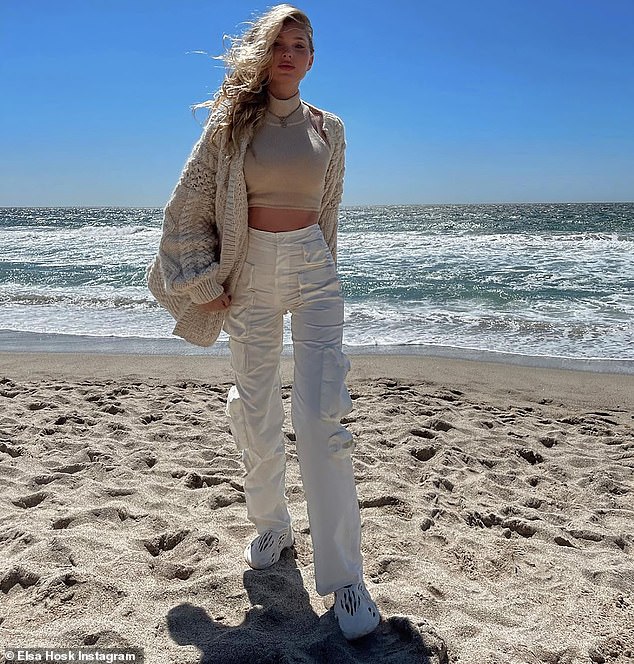 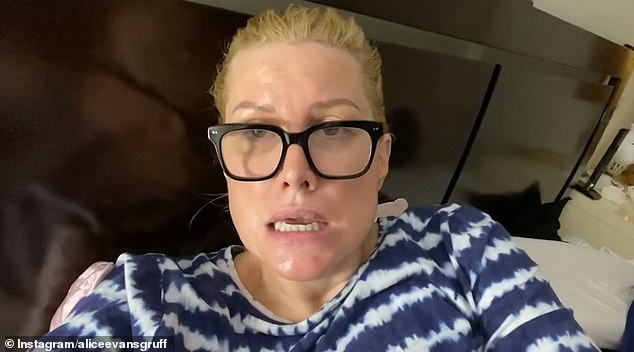