A museum is to use Government cash to host a virtual drag queen night to kick-start a research project to find gay, lesbian and transgender Britons who may have helped in the Industrial Revolution more than 200 years ago.

The Ironbridge Gorge Museum Trust runs sites in the Shropshire Valley region known for its 18th century cast iron bridge and for being the birthplace of British manufacturing innovation.

A virtual cabaret night, named ‘Steam Punq’ and featuring cocktails and drag acts, will kick off the Trust’s ‘Hidden Histories’ project to try to look for ‘queer stories’ in the area.

But Tory MP Andrew Bridgden blasted what he called the ‘PC brigade’ for trying to turn Britain’s Industrial Revolution into the ‘sexual revolution’.

The Trust last year received more than £2million in emergency public money after it was hammered by plummeting visitor numbers caused by the pandemic.

Historian and researcher Sacha Coward, who is leading the project and claims to be related to famous playwright Noel Coward, told  that while Ironbridge is ‘traditionally a masculine place’, ‘you’re still going to get queer people there’.

The area’s iron bridge, which spans what was formerly the Severn Gorge, was built in 1779 to link the industrial town of Broseley with the smaller mining town of Madeley.

It was the first structure of its kind in the world and the process by which it was made is considered the catalyst for the boom in industry which saw Britain become the industrial centre of the world. 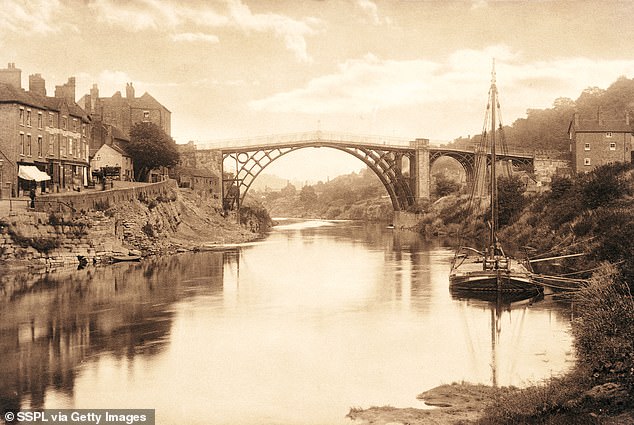 A museum is to use Government funding to try to show how gay, lesbian and transgender people were involved in helping to kickstart the Industrial Revolution. The Ironbridge Gorge Museum Trust runs sites in the Shropshire Valley region known for its 18th century cast iron bridge and for being the birthplace of British manufacturing innovation 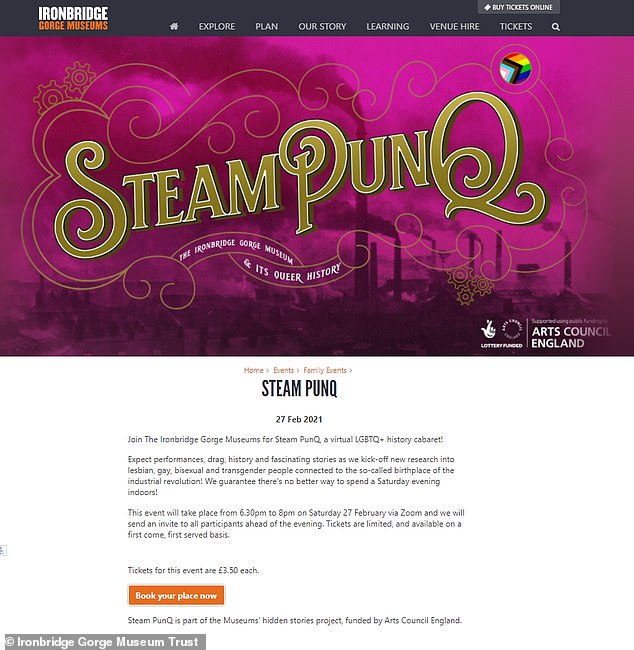 A virtual cabaret night, named ‘Steam Punq’, will kick off the Trust’s ‘Hidden Histories’ project to try to look for ‘queer stories’ in the area

Mr Coward, who claimed on Twitter that Noel Coward is his great uncle, said: ‘Even if the town is industrial, about steel and coal, and traditionally a very masculine place, you’re still going to get queer people there.

‘We want to show that we are also salt of the earth and we’ve always been there.

‘We’ve existed in every strata of society. I could be a gay coalminer, or engineer or landlord.’

Mr Coward admitted that Ironbridge was not a ‘traditional’ area to look for ‘queer’ stories in but said ‘that doesn’t mean it’s not there, we have to look a little harder.’

However, MP Mr Bridgden said he thought Ironbridge was part of the Industrial Revolution, ‘not the sexual revolution’.

He added that there appeared to be ‘no limit for the PC brigade’. 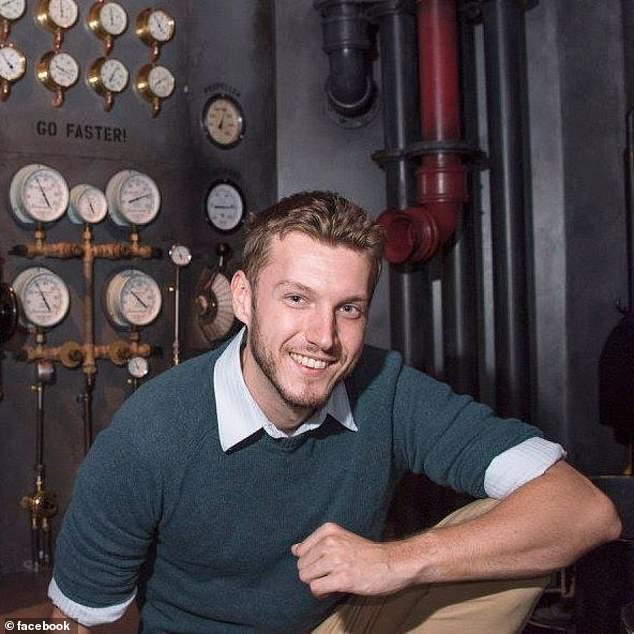 Historian and researcher Sacha Coward, who is leading the project and claims to be related to famous playwright Noel Coward, said that while Ironbridge is ‘traditionally a masculine place’, ‘you’re still going to get queer people there’ 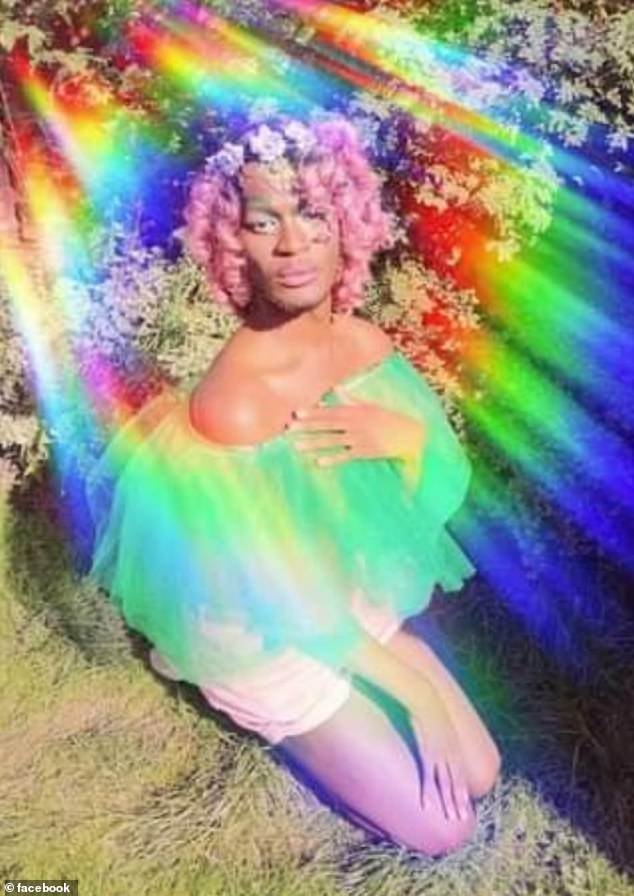 The Trust’s project will launch on Saturday with the virtual cabaret event, tickets for which cost £3.50. Non-binary entertainer ‘Miss Sundi’ will perform at the cabaret event

The Trust’s project will launch on Saturday with the virtual cabaret event, tickets for which cost £3.50.

They added: ‘We guarantee there’s no better way to spend a Saturday evening indoors!’

Non-binary entertainer ‘Miss Sundi’ will perform at the cabaret event.

The Trust’s attractions in the Severn valley, which include its museums and a re-created Victorian town, are normally popular with millions of visitors each year.

However, the charity last year needed a £500,000 grant from the Art’s Council’s Emergency Response Fund and a further £1.86million from the Government’s separate Culture Recovery Fund.

Both were set up to help deal with the fallout of both the coronavirus pandemic and the lockdowns imposed as a result. 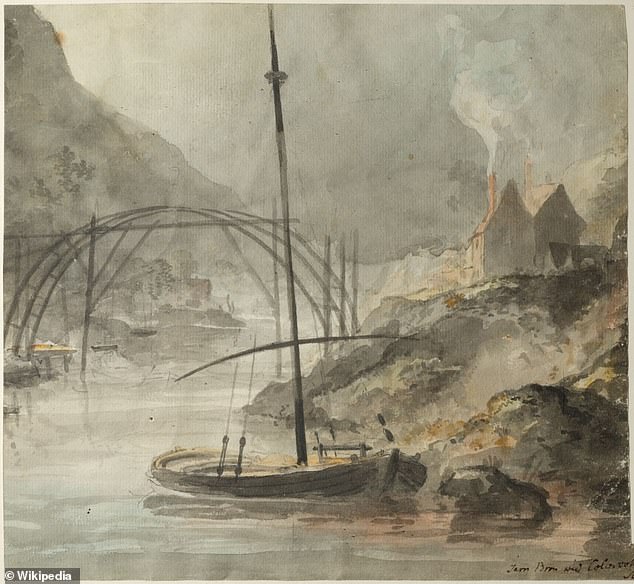 The area’s iron bridge, which spans what was formerly the Severn Gorge, was built in 1779 to link the industrial town of Broseley with the smaller mining town of Madeley. Pictured: A contemporary painting of the bridge being constructed, by artist Elias Martin

Ironbridge: The industrial town that changed the world

The first iron bridge in the world was built over the River Severn, at Coalbrookdale, in Shropshire, England, in 1779.

The town that grew around the structure took its name – Ironbridge.

The gorge which the bridge spans is in a region rich with minerals, coal, iron ore, limestone and clay.

The area first begun being exploited in the 16th century, during the reign of Queen Elizabeth I.

By 1700, there were several furnaces and forges in the area.

In 1708, the blast furnace leased by industrialist Abraham Darby began to make iron there using coke as fuel instead of the customary charcoal. 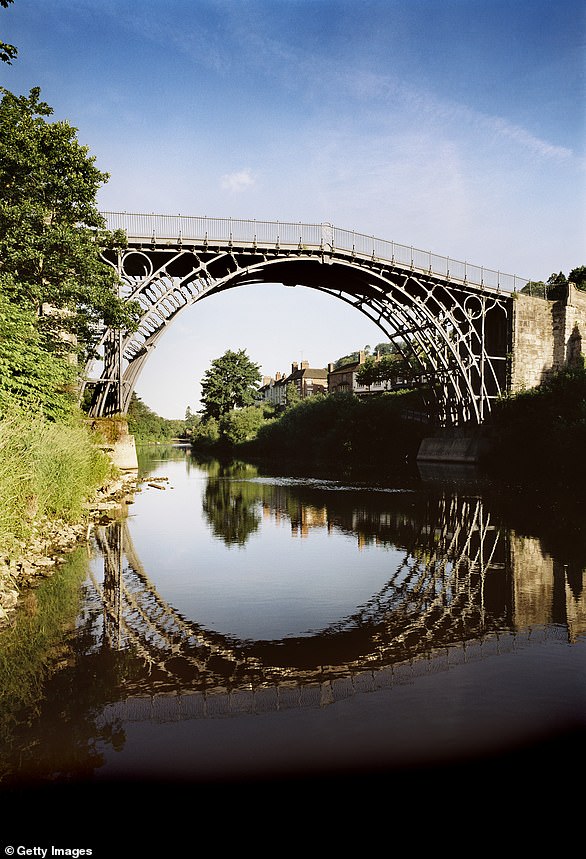 The first iron bridge in the world was built over the River Severn, at Coalbrookdale, in Shropshire, England, in 1779

This momentous development allowed for a vast increase in Britain’s iron production, helping to spark the Industrial Revolution.

By 1758, 400 vessels were trading between Gloucester and Welshpool and within 50 years this number had doubled.

To get across the gorge, six or more ferry crossings were operating.

They were essential for carrying raw materials across the river to the ironworks and other industries.

However, with the river shallow in summer and too swift and high in winter to allow for reliable deliveries, a new bridge was commissioned.

Nearly 400 tonnes of iron was needed to build the bridge over the course of three months.

A single painting showing its construction depicts a simple scaffold with the ironwork almost free-standing.

The final cost of the bridge was around £6,000, which equates to £1.5million in today’s money.

It was the first in the world to be made from cast iron and its success inspired the use of the material for other similar structures.

For most families, it has already been a common practice to spend the Holiday season in a foreign location. This is caused by the aviation market changes which have given a lot of benefits for people who travel a lot. Airfares going to different tourist destinations are becoming more inexpensive. What does this mean? If there is a perfect time to purchase luxury holiday package deals, now it the right time! Based on the market trend nowadays, you can save both money and time when you go for a luxury holiday. There are countless offers that combine travel and accommodation in one package which is a lot cheaper than getting separate deals. Aside from that, it is also risky to individually book the services that you need for the vacation. You might end up missing out on some important details of the trip. Unlike when you take advantage of luxury holiday package deals, you can be sure that everything is organized meticulously and according to what you really need. Nonetheless, you would still need to carefully select the package that would fit your needs. Review the following tips in getting packages that are reasonably priced. · Normally, luxury tour packages include accommodation, flight travel and transportation to individual tourist destinations. It would be best to choose the complete package so you won’t have to worry about other vacation elements. In addition to that, these are the packages that have the biggest discounts. · You can get big mark down prices, if you will purchase more packages. It is not a bad idea to share the wonderful moment with your loved ones. By doing so, you would not only enjoy, you will also save more money. You can even use your savings for other activities on your vacation. · It would be best to know how much you are willing to pay for the luxury tour packages. You can already work around your budget. You have to stick to your budget. If not, you might end up spending a lot and you will be left with less money for your vacation. · Prices may vary depending on the destination of the tour. You can do a research about places that are attractive yet inexpensive. There are thousands of destinations and you just have to choose wisely. · There are packages that include recreational activities. This means that you are paying for all the activities when you purchase these packages. The right thing to do is to make sure that the activities that are included would be the ones that you really enjoy. There is no sense in paying for activities that will not really make your vacation memorable. If you are going with friends, you should also consider their preferences so that you can be sure that everyone will enjoy the trip. There are other ways on how you can be sure that you are getting the best deal for your luxury holiday vacation. No matter how you choose to do it, you have to get adequate information about the packages. This will help you determine whether it is worth the price.
(Total views: 887 Time, 1 visits per day) 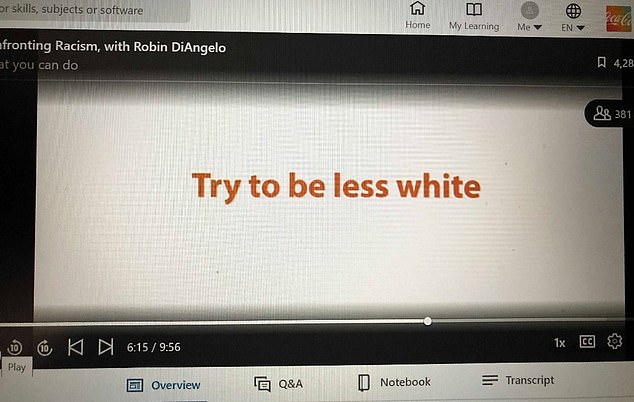 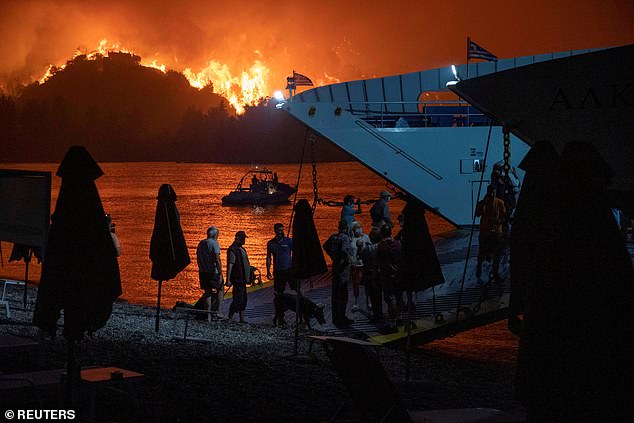 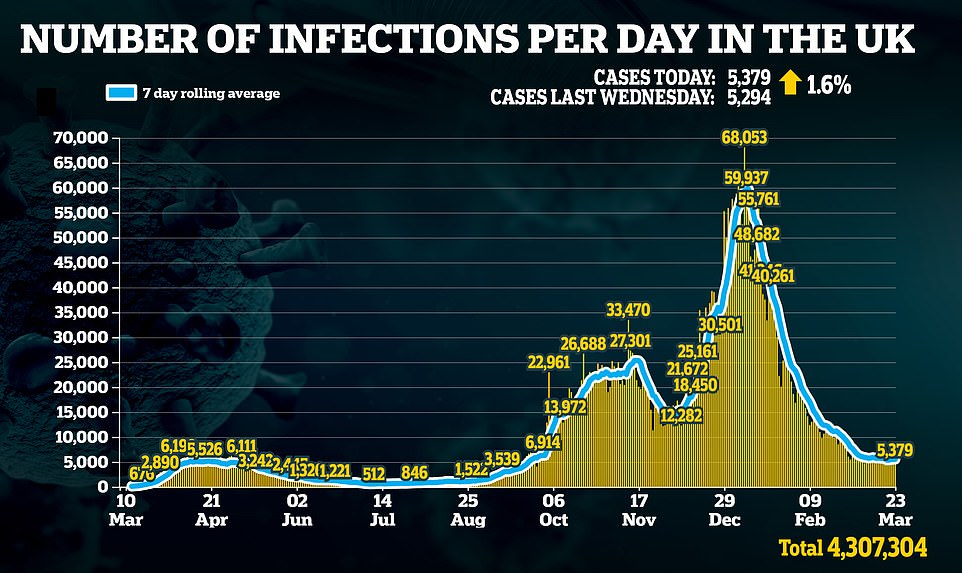 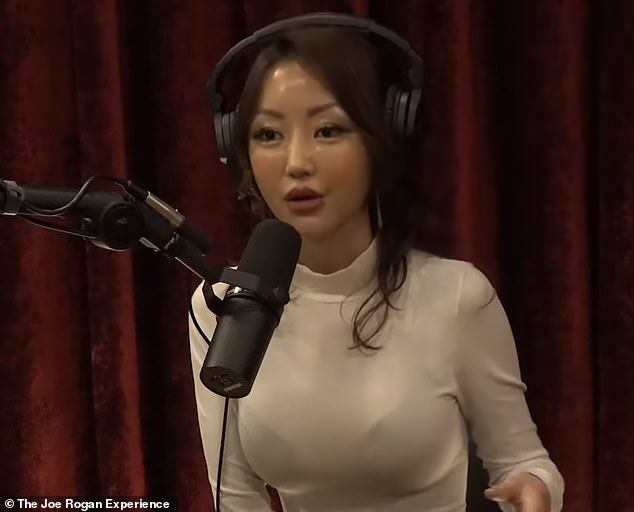 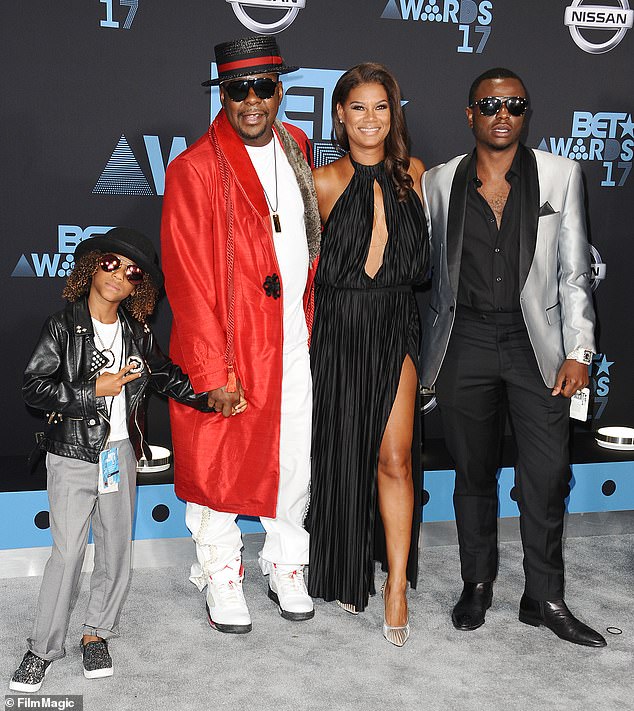 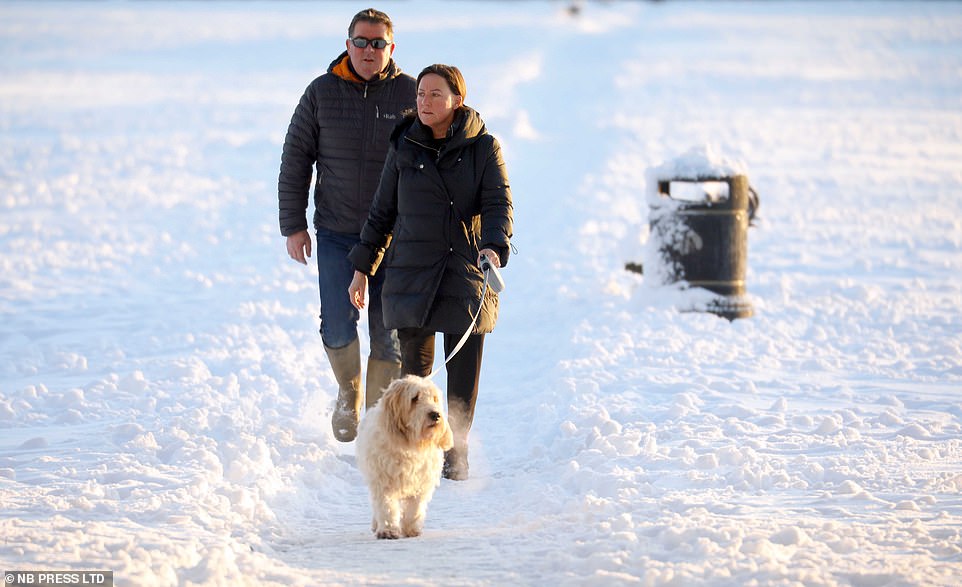 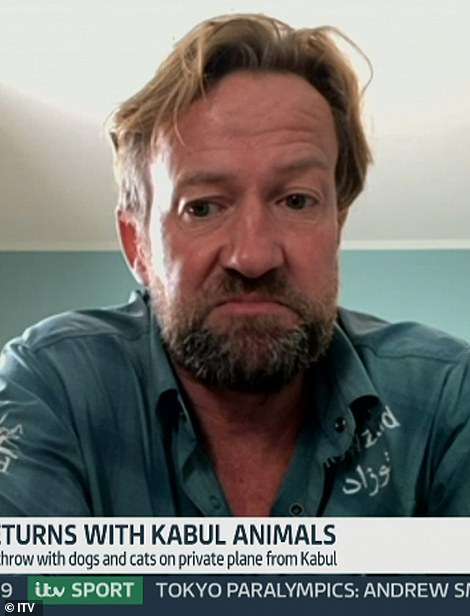 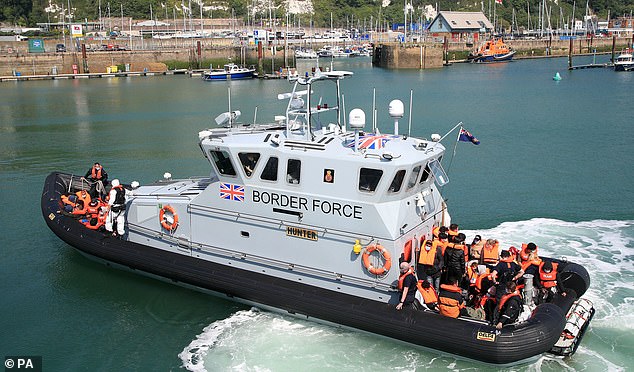 PETER HITCHENS: What is the point of tourists’ tests if migrants can walk in?