She is due to welcome her first child into the world in just a few weeks.

And Laura Whitmore has revealed her baby will be greeted by a wardrobe filled with envy-inducing designer gifts, including a pair of £150 Gucci trainers and Stella McCartney pyjamas.

The presenter, 35, shared a video haul with her Instagram followers on Monday, saying: ‘Is it wrong that I’m gonna be really jealous of my kid’s wardrobe?’ 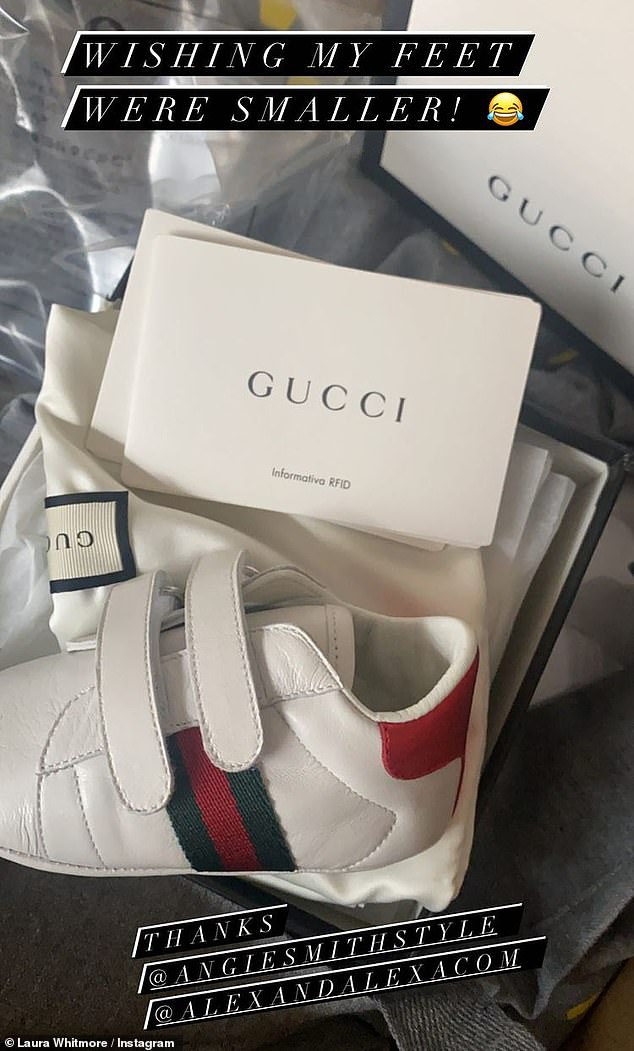 Baby baller:  Laura Whitmore has revealed her baby will be greeted by a wardrobe filled with envy-inducing designer gifts, including a pair of £150 Gucci trainers

The mother-to-be captioned the photo of the tiny trainers: ‘Wishing my feet were smaller!’

Laura and comedian husband Iain Stirling’s baby will have quite the sneaker selection, as the elaborate bundle of presents also included a pair of stylish leopard print Converse.

The Irish TV presenter then zoomed in on a pair of cute tiger print Stella McCartney pyjamas destined for her little one.

The haul also included a gift for the future mother. 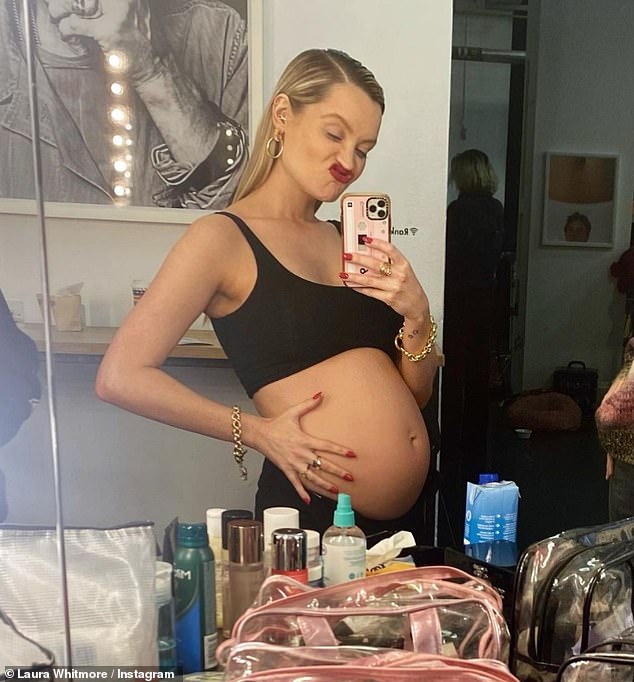 Jealous: The Love Island presenter, 35, shared a video haul with her Instagram followers on Monday, saying: ‘Is it wrong that I’m gonna be really jealous of my kid’s wardrobe?’ 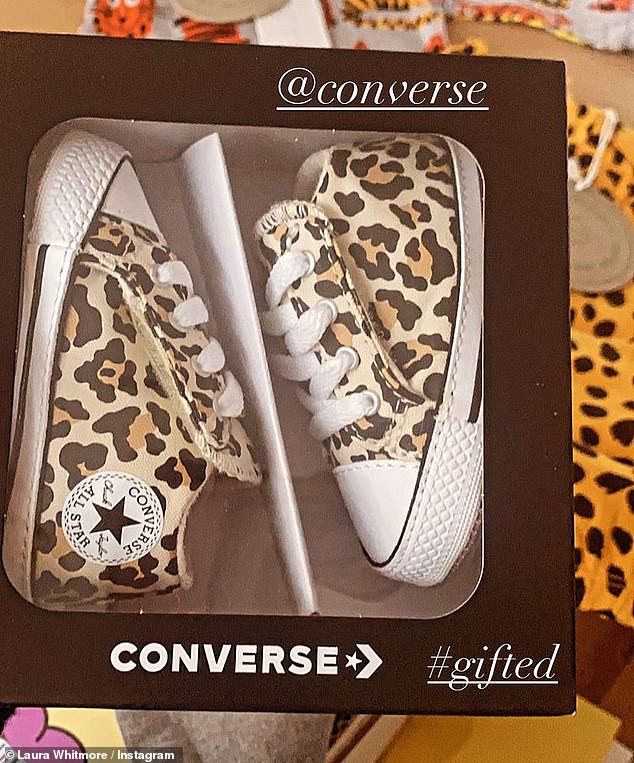 Fresh footwear: Laura’s baby will have quite the sneaker selection, as the elaborate bundle of presents also included a pair of leopard print Converse 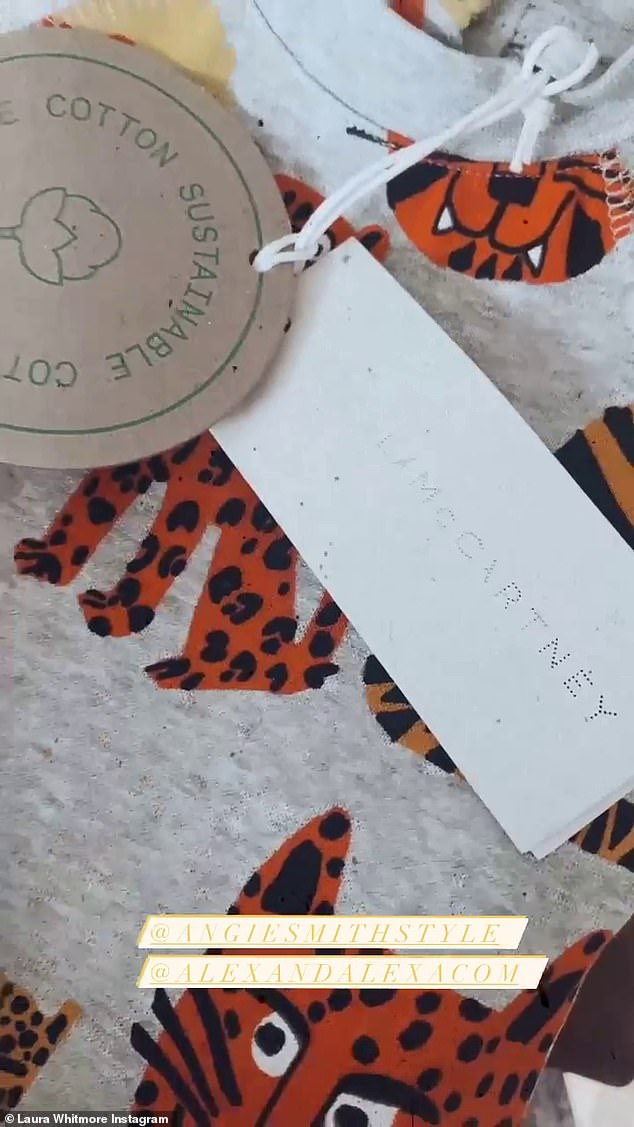 ‘Is it wrong that I’m gonna be really jealous of my kids wardrobe?’ Laura was envious of her child’s Stella McCartney pyjamas – a gift from her stylist Angie Smith

‘Baby gets designer sneakers but hey I have this!’ Laura wrote hilariously beneath a bottle of vaginal oil.

The somewhat un-glamorous product laughably paled in comparison to her baby’s flash footwear.

Laura has said she has no plans to give up work once her baby arrives.

Speaking in an interview with ‘s Stella magazine this weekend, she said: ‘All my friends from school are doctors or teachers.

‘The fact that I even thought it was possible to go off and work at MTV came from my mum because her attitude was: ‘If you want to, then why not?’ 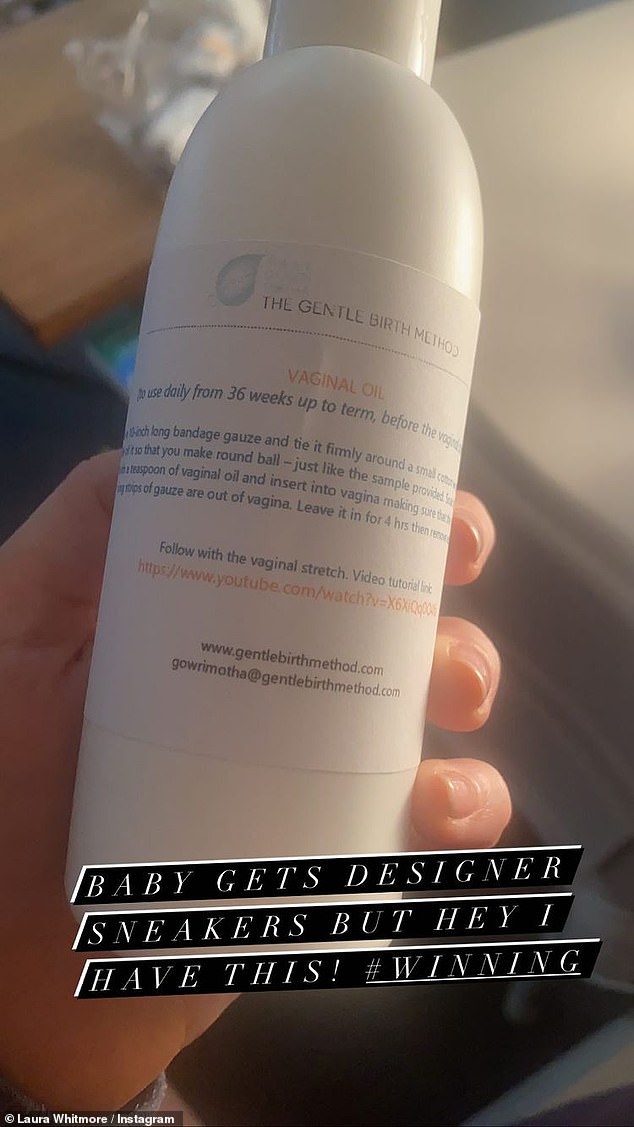 Wow! It wasn’t all bad news for the expecting presenter as the haul also included a glamorous gift of vaginal oil for her

‘When people ask if I’m going to give up work this year because of the baby, I’m like, ‘Why? Mum did it in ’80s Ireland!”

Laura is hoping to be back at work this summer for the next series of Love Island, which was pulled off air last year due to the coronavirus pandemic.

The TV presenter insisted she has been told the show is coming back this year and is ‘praying’ the vaccine will have kicked in to allow the series to go ahead.

She added that lockdown has treated her well and has allowed her to spend more time with husband Iain, 33, who would normally be travelling back and forth to stand-up gigs.

Late last year, it was revealed Laura and Iain had secretly tied the knot in a Humanist ceremony at Dublin’s City Hall on November 11.

Taking to Instagram to celebrate the start of 2021, Laura finally confirmed the nuptials while sharing a beautiful snap from the pair’s big day.

The couple have been together since the summer of 2017 and Iain is believed to have proposed in South Africa in early 2020 when they were filming the winter series of Love Island.

Laura recently discussed her road to motherhood and her pregnancy journey so far in an interview with Hunger magazine, where she said she believed things had fallen into place for her. 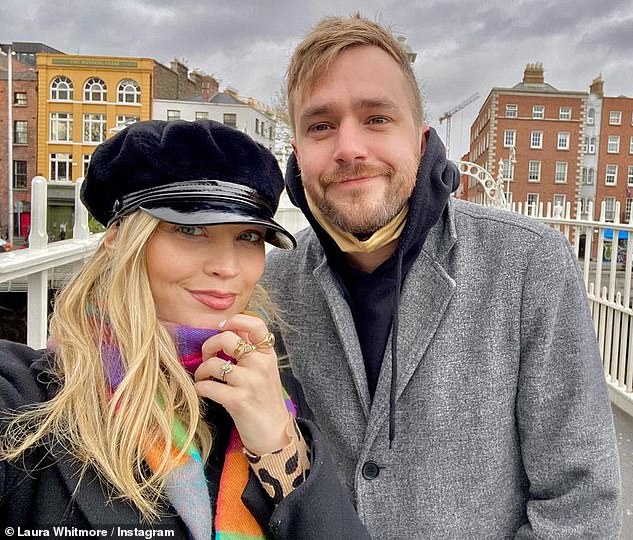 Happy couple: The TV presenter is expecting her first baby with comedian husband Iain Stirling, 33, after the pair tied the knot in secret in November 2020

Speaking in December 2020, she said: ‘As a timing thing, it probably wasn’t something that we thought about, it was a nice surprise. So I’m due at the beginning of next year and I think things just fall into place.’

The star also revealed the couple had found out the sex of their baby very early on via a Harmony blood test, with Laura saying the check had given her peace of mind that her baby was healthy after suffering a tragic miscarriage in 2018.

She said: ‘For me it wasn’t about the sex, it was just about whether the baby was OK. You constantly have that fear. I think there are a lot of things that are important to keep to yourself.’

Laura also admitted that keeping the pregnancy a secret until she reached the 12 week milestone was ‘so hard’ as she battled with morning sickness and extreme tiredness while maintaining her busy working schedule. 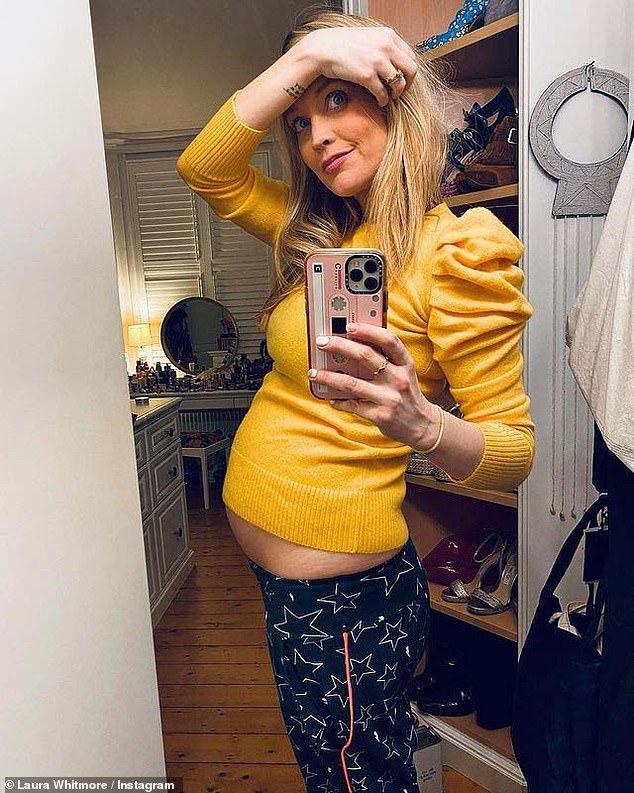 Working mummy: Laura has said she has no plans to give up work once her baby arrives and is hoping to present the forthcoming summer series of Love Island 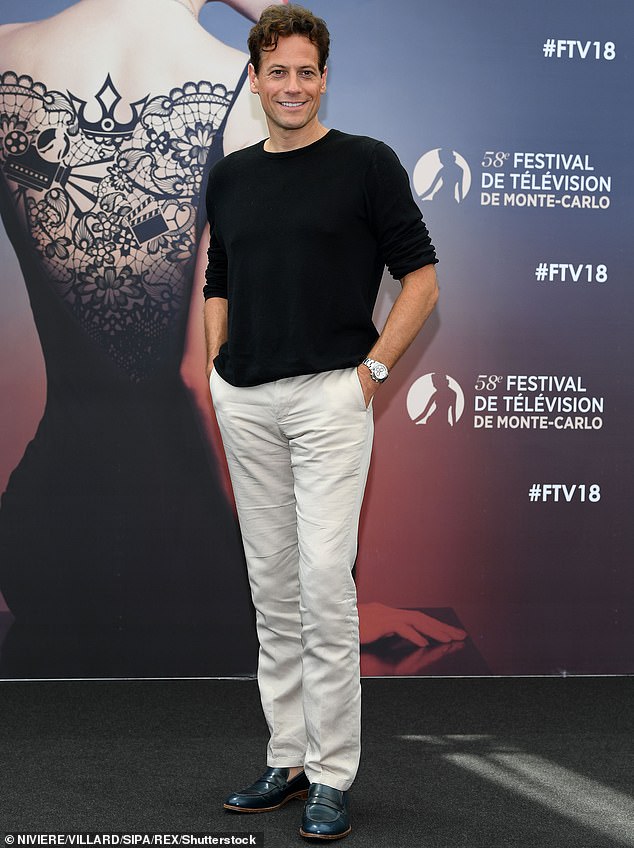 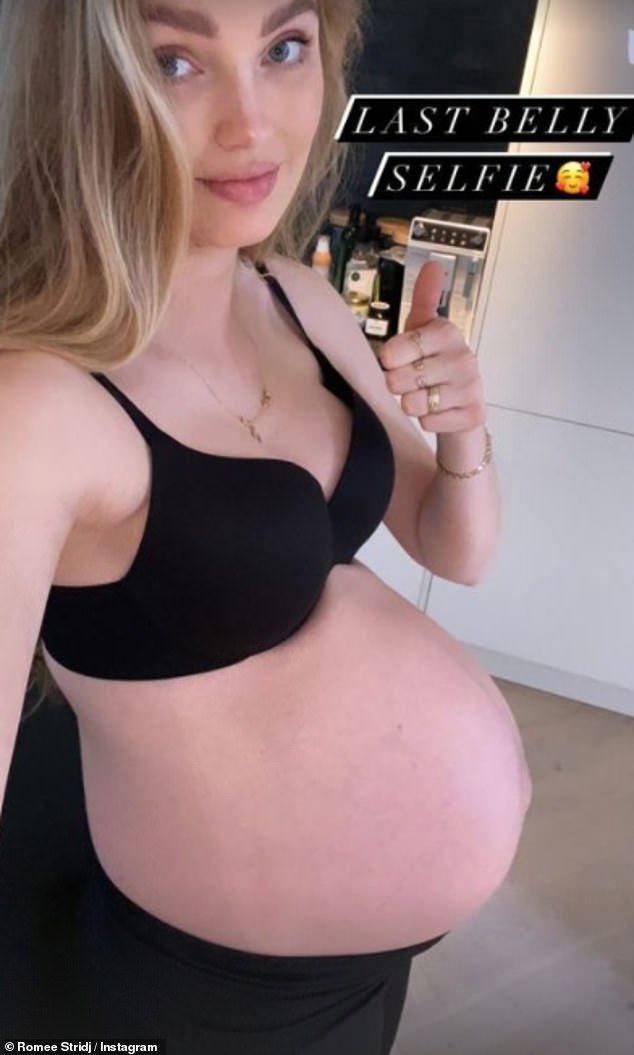 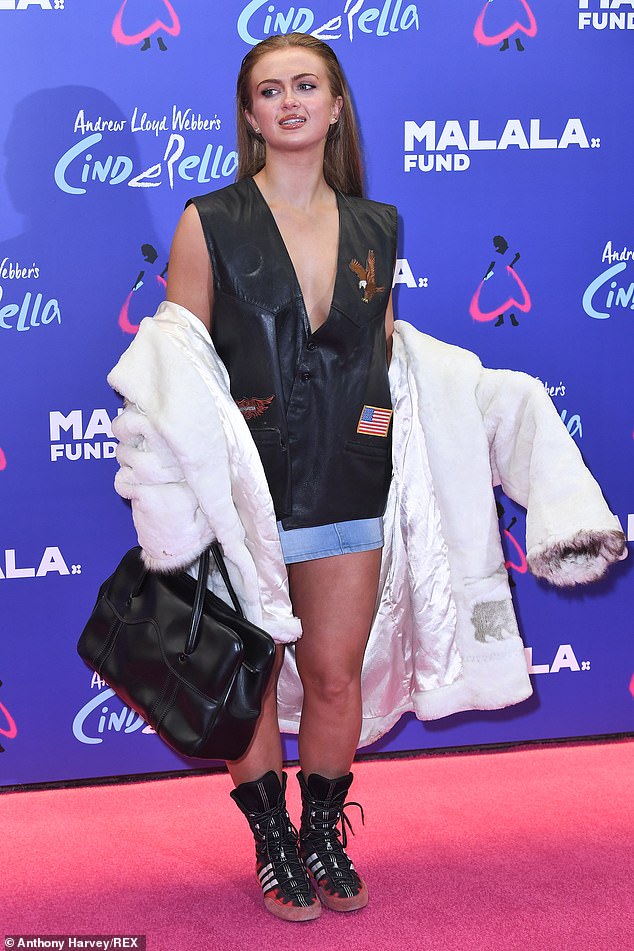 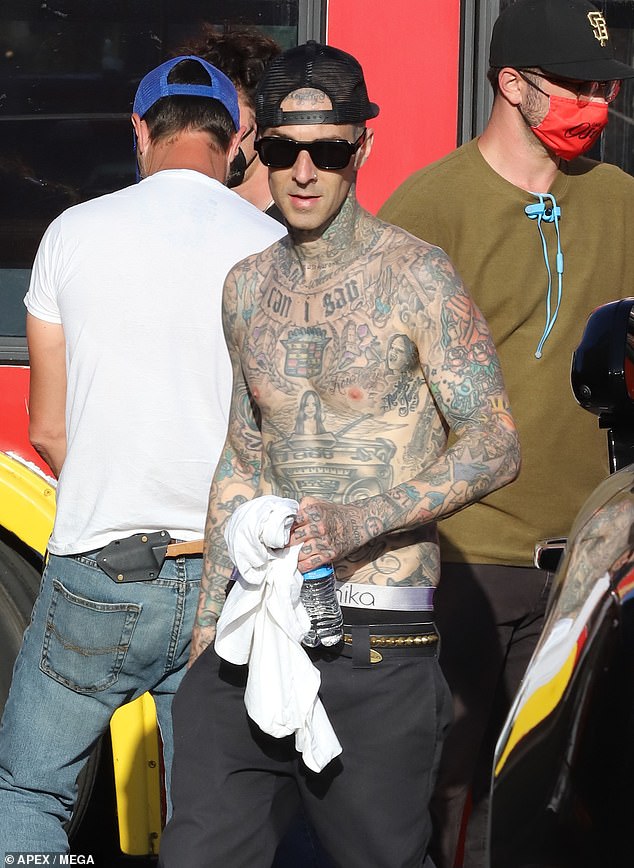 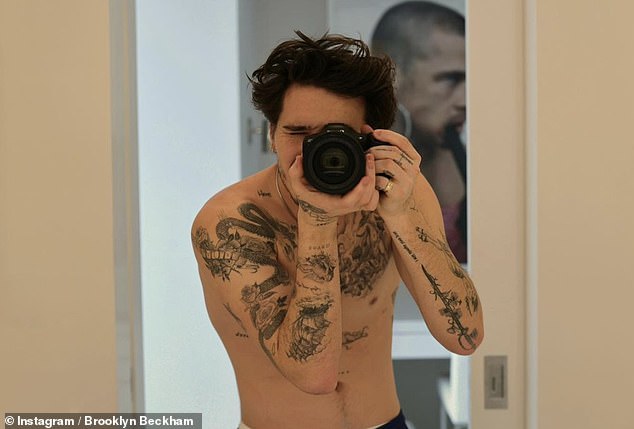 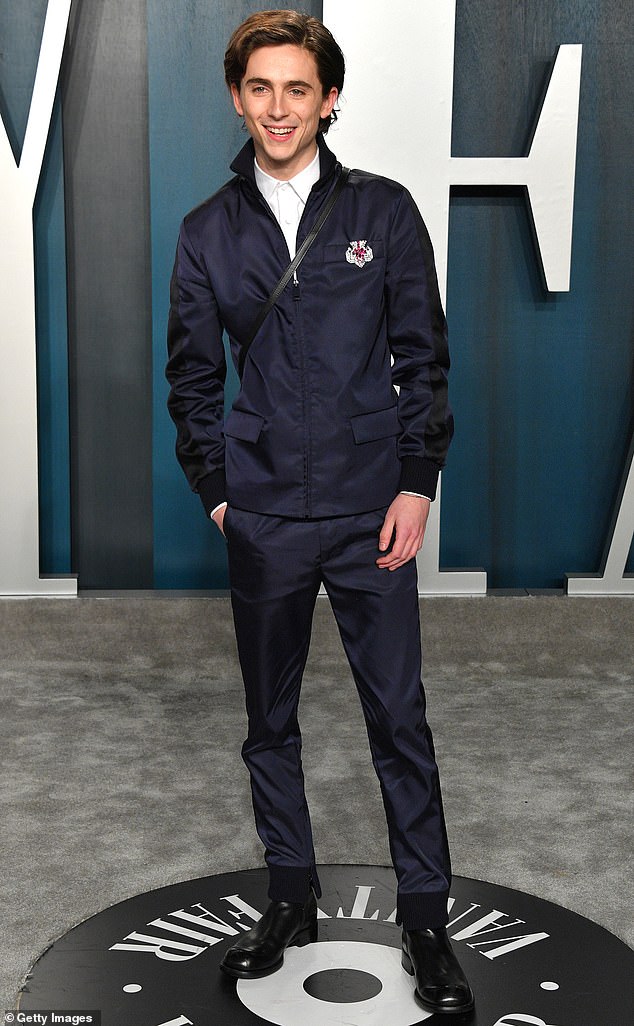 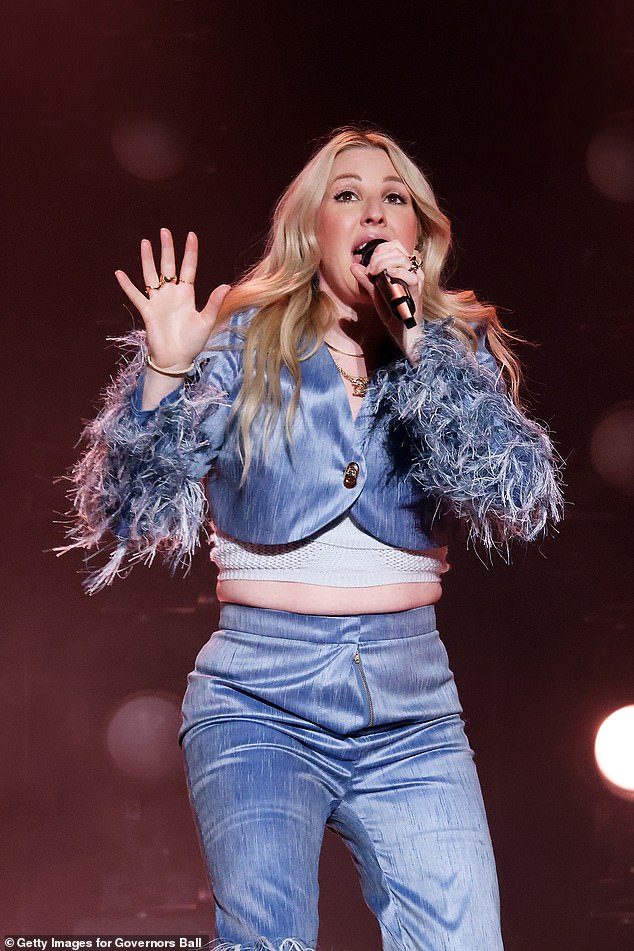 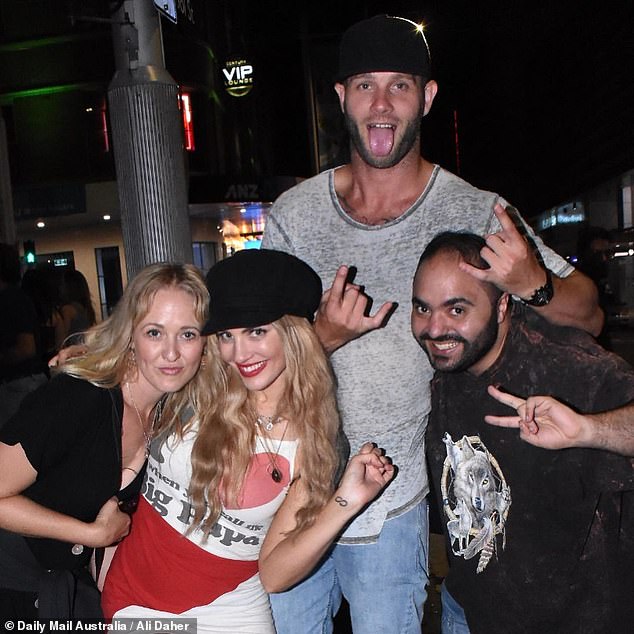