A cyclist has recorded shocking footage showing a steady stream of vehicles hurtling towards him in a Paris bike lane.

The GoPro footage was captured on the Avenue Gambetta in the French capital by a keen biker who uses the pseudonym Altis Play.

It shows a steady stream of scooters, cars and even a bus veering across into the designated two-way cycle lane at speeds ‘above the 30km-per-hour speed limit’.

The video prompted action from the authorities with an overnight transformation of the area including the installation of new asphalt, markings and separators.

In the clip, Altis can be seen gripping the handlebars of his bike as he rides down the cycle lane delineated by yellow markings.

But immediately up ahead a van hurtles toward him, quickly followed by a scooter, which are both forced to swerve back on to the main road.

They are quickly followed by a steady stream of ambulances, taxis and even a bus – many of which Altis claims were ignoring the 30km-per-hour speed limit.

At one point, Altis grinds to a complete halt as he waits for traffic to get out of the two-way cycle lane. 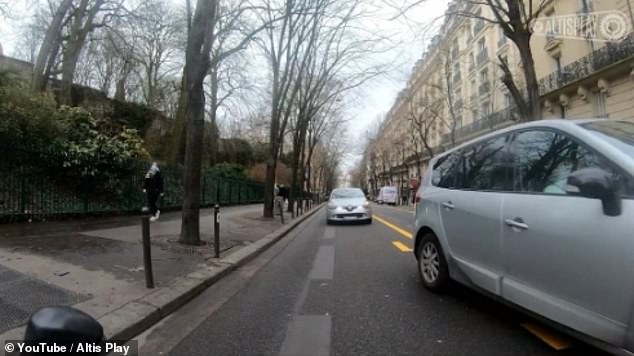 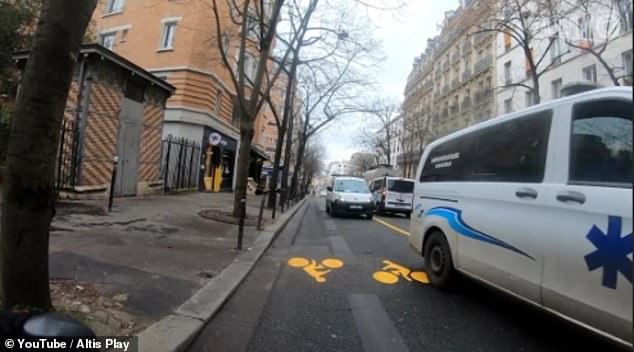 It shows a steady stream of cars, buses and vans veering across into the designated two-way cycle lane at speeds ‘above the 30km per hour speed limit’

Altis, who has his own cycling website, said he had first complained about the lane six months ago before being told by one of his followers that improvement work was set to be completed by February 3.

The keen biker then went to check on progress on February 17 – which is when he recorded this latest video – to see that very little had changed.

He uploaded the clip to social media, as well as his  channel, where it has so far received more than 150,000 views.

Altis tweeted: ‘I hope that physical separators will soon arrive on the Boulevard Gambetta track. Because it is not possible.

‘The big problem is there is no arrow on the ground for vehicles to tell [motorists] not to drive against the flow of traffic.’ 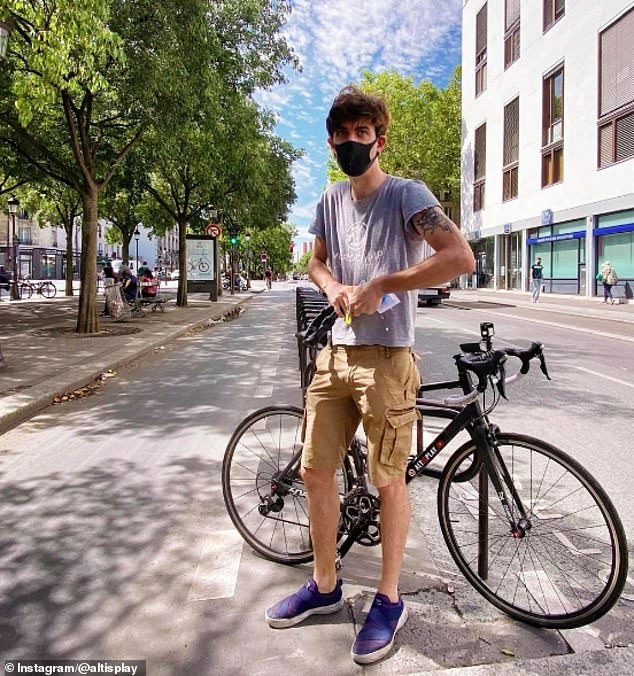 Altis (pictured), who has his own cycling website, said he had first complained about the lane six months 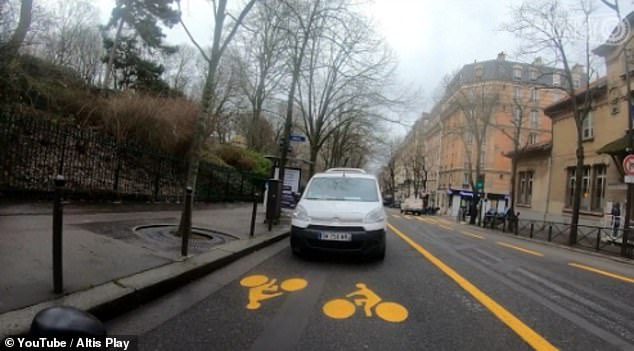 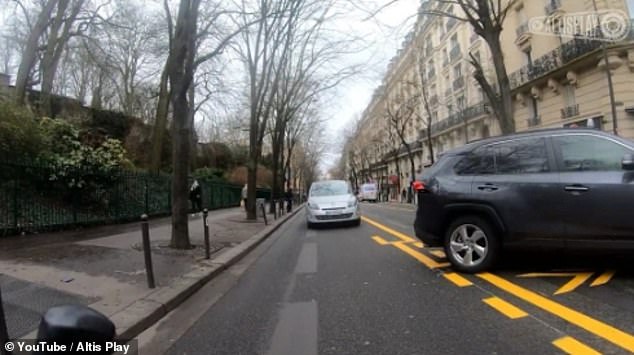 At one point, Altis grinds to a complete halt as he waits for traffic to get out of the two-way cycle lane

The video was shared multiple times before being addressed by David Belliard – the deputy mayor in Paris for the transformation of public space, transport and mobility.

He said that action had been taken later that same day to improve the road following the feedback.

Mr Belliard tweeted on February 18 with a post that read: ‘Yesterday, as expected, for the safety of cyclists, [separators] were placed on the two-way cycle path Av. Gambetta.

‘Objectives: reduce car traffic delays, complete the cycling network. Thanks to the services for their work…

‘We are creating a protected bidirectional track, the result of a consultation following excessive traffic delays.

‘We are part of a tactical urban planning approach: we modify the facilities according to feedback and difficulties encountered.’

Altis went back once again the following day to see that the improvements had been completed as he remarked on the presence of newly-installed posts and barricades as well as clearer delineations. 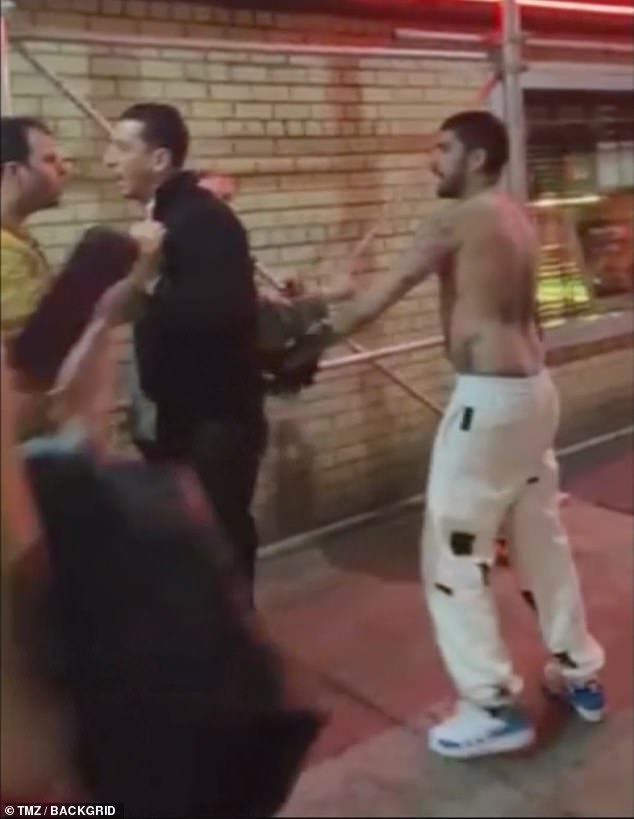 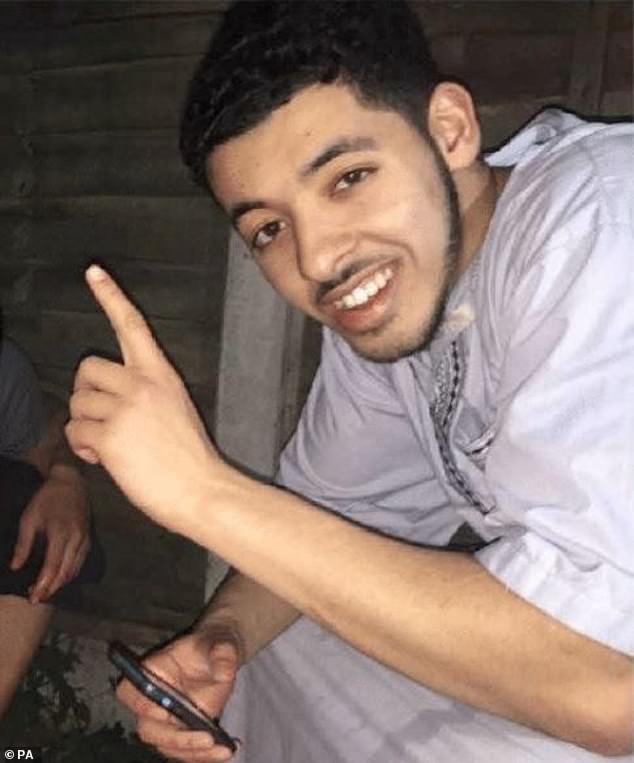 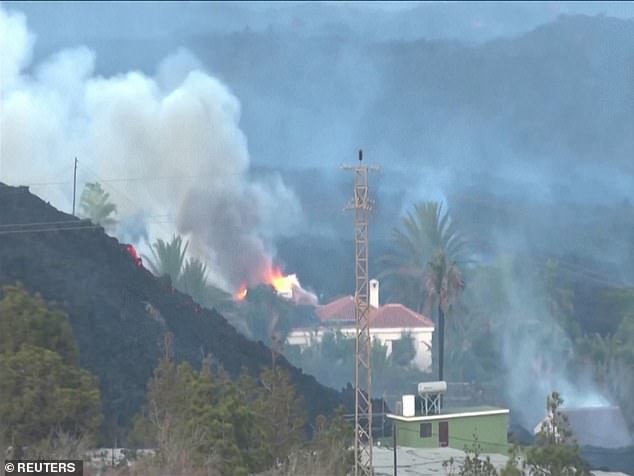 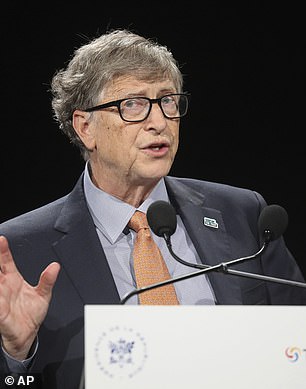 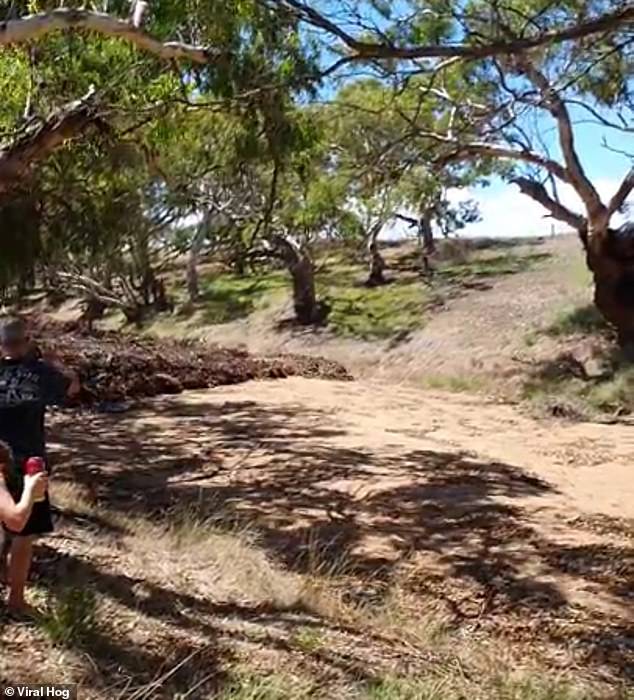 Life flows down stream: Amazing moment water runs along the banks  for the first time in three years

Labour warns it would be ‘profound mistake’ to slash Universal Credit 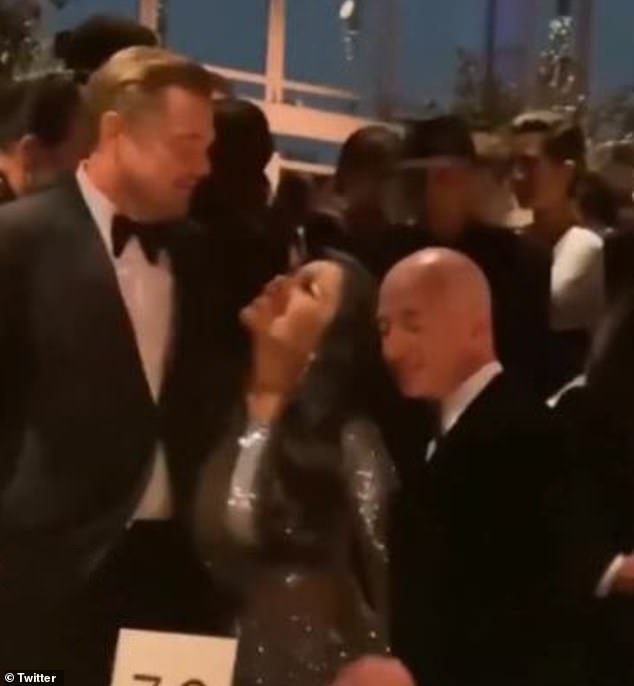 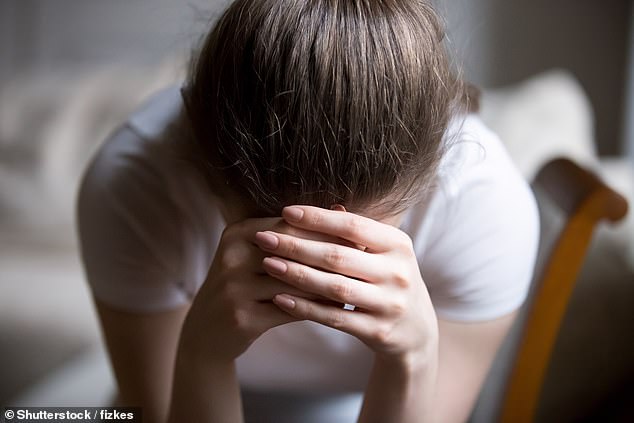