At least 200 people are missing in northern after a piece of Himalayan glacier broke off, sending a massive flood of water and debris crashing into two dams and sweeping away roads and bridges.

Nine bodies have been recovered, Surjeet Singh, a police official told the Associated Press, and a desperate operation has been launched to rescue some 17 people trapped in a tunnel.

A portion of the Nanda Devi glacier broke off in Uttarkhand state’s Tapovan area on Sunday morning, damaging the Rishiganga and Dhauliganga hydropower projects as well as homes in the area.

The massive burst of water tore through the Dhauliganga river valley, destroying everything in its path, videos shot by terrified residents showed.

‘There was a cloud of dust as the water went by. The ground shook like an earthquake,’ local resident Om Agarwal told an Indian TV station. 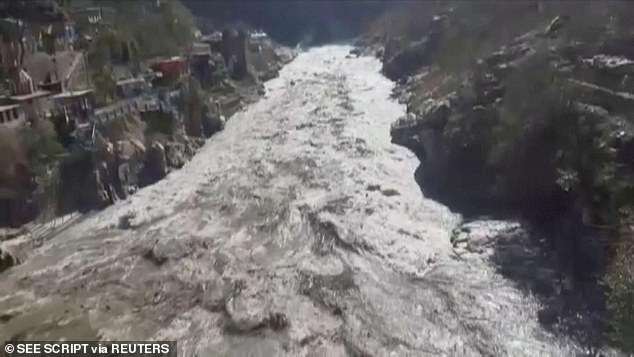 At least 200 people are missing in northern India after a piece of Himalayan glacier broke off, sending a massive flood of water and debris crashing into two dams and sweeping away roads and bridges. Pictured: The massive burst of water tearing through the Dhauliganga river valley 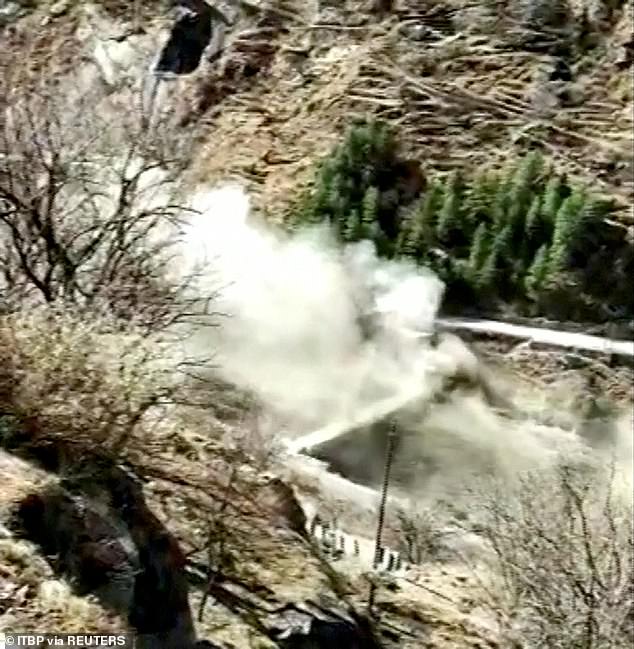 Nine bodies have so far been recovered, Surjeet Singh, a police official told the Associated Press. Pictured: A dam is shattered by a river in Chamoli, Uttarkhand, following the glacier break off

Most of those missing are workers at two power plants that were battered by the deluge after a huge chunk of the Nanda Devi glacier slipped off a mountainside further upstream, the Uttarkhand state police chief Ashok Kumar said.

‘There were 50 workers at Rishi Ganga plant and we have no information about them. Some 150 workers were at Tapovan,’ he added.

‘About 20 are trapped inside a tunnel. We are trying to reach the trapped workers.’

Both are on the Alaknanda River, which flows from the Himalayan mountains to the Ganges River. 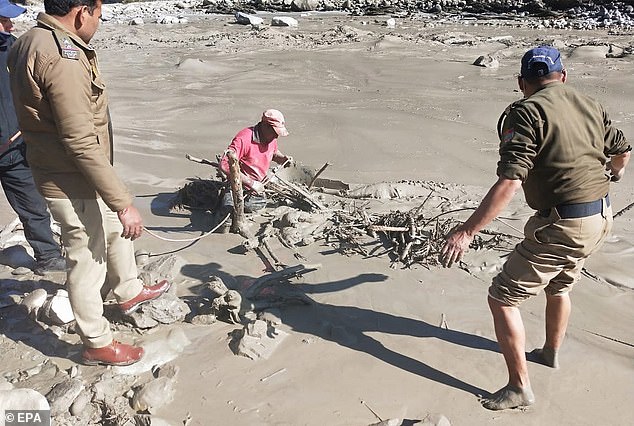 A desperate operation has been launched to rescue some 17 people trapped in a tunnel at a destroyed hydroelectric power station. Pictured: A rescue operation near the Dhauliganga hydro power project in Chamoli 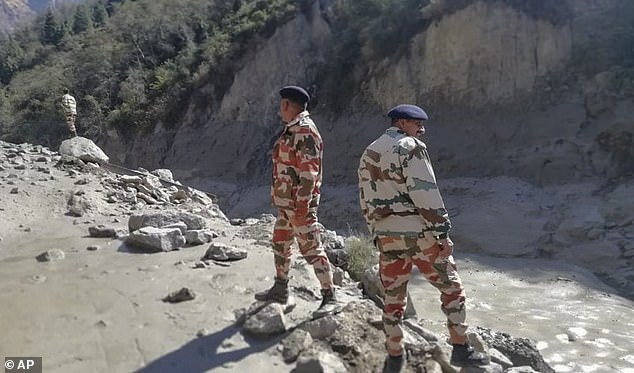 Hundreds of troops and paramilitaries along with military helicopters and other aircraft have been sent to the region to conduct rescue efforts. Pictured: Indo Tibetan Border Police personnel arrive for rescue work

With the main road washed away, the tunnel was filled with mud and rocks and paramilitary rescuers had to climb down a hillside on ropes to get access to the entrance.

Hundreds of troops and paramilitaries along with military helicopters and other aircraft have been sent to the region to conduct rescue efforts.

Authorities have emptied two dams to stop the flood waters reaching the Ganges at the towns of Rishikesh and Haridwar, where people were barred from going near the banks of the sacred river, officials said.

Villages on hillsides overlooking the river were evacuated, but as night fell authorities announced that the main flood danger had passed.

Scores of social media users captured the disaster, with footage showing the massive burst of water tearing through a narrow valley below the power plant, leaving roads and bridges destroyed in its wake.

‘India stands with Uttarakhand and the nation prays for everyone’s safety there,’ he wrote on Twitter. 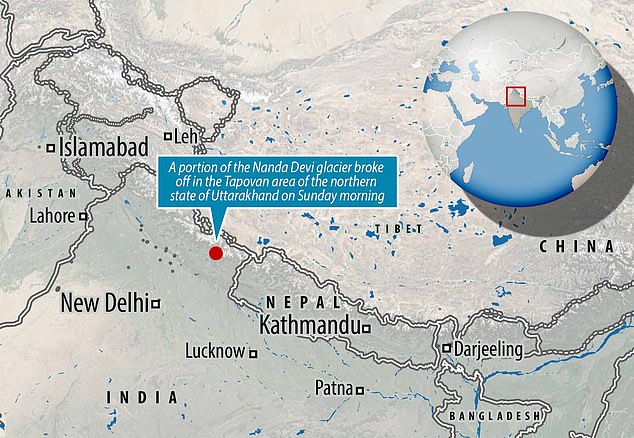 Uttarkhand, where the glacier broke off, was the site of a 2013 disaster. Thousands of people were killed in the state after heavy rains triggered landslides and floods, washing away thousands of homes and roads and cutting communication links in many parts of the area

Fourteen glaciers overlook the river in Nanda Devi national park – the topic of scientific studies because of growing fears over climate change and deforestation.

In 2013, thousands of people were killed in Uttarakhand after heavy rains triggered landslides and floods, washing away thousands of homes and roads and cutting communication links in many parts of the state.

The disaster led to calls for a review of development projects in the state, particularly in isolated areas like those around the Rishi Ganga dam.

Uma Bharti, a former water resources minister, said that she had called for a freeze on hydroelectric projects in ‘sensitive’ Himalayan areas such as the Ganges and its tributaries when in government.

Vimlendhu Jha, founder of Swechha, an environmental NGO, said the disaster was a ‘grim reminder’ of the effects of climate change and the ‘haphazard development of roads, railways and power plants in ecologically sensitive areas.’

‘Activists and locals have constantly opposed the massive river valley projects,’ he added.

Afghanistan evacuation: New video shows people clinging to side of US jet 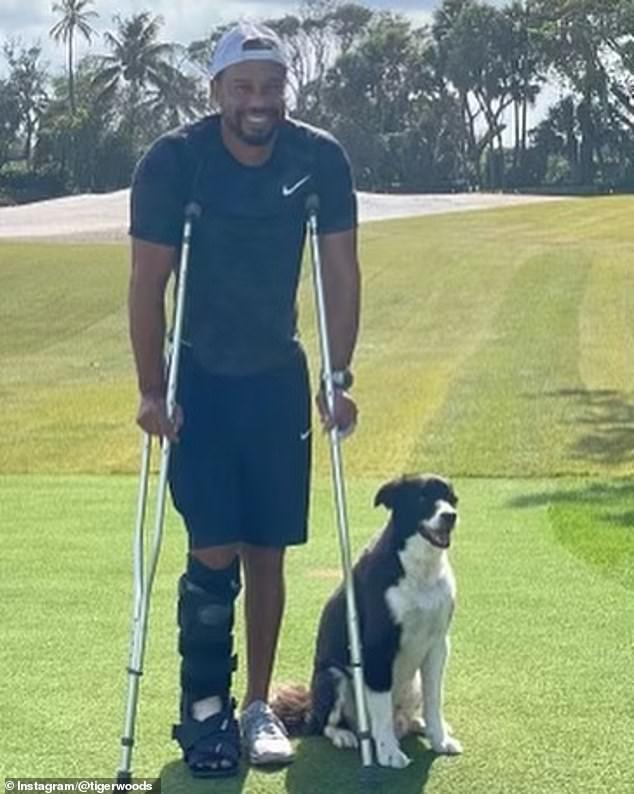 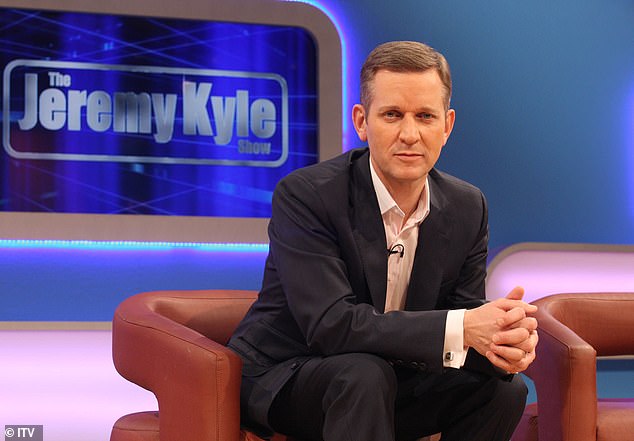 ‘I was hunted and scapegoated’: Jeremy Kyle breaks silence on ITV axeing 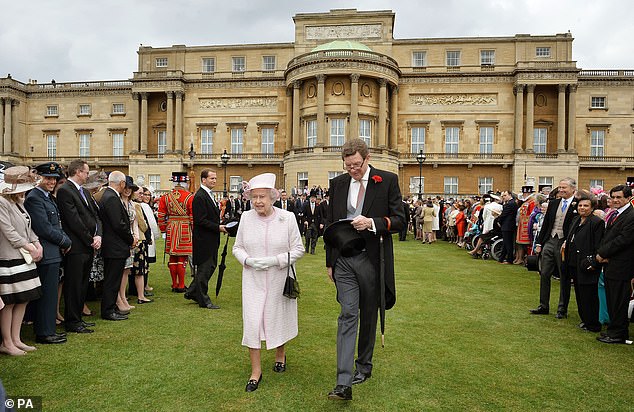 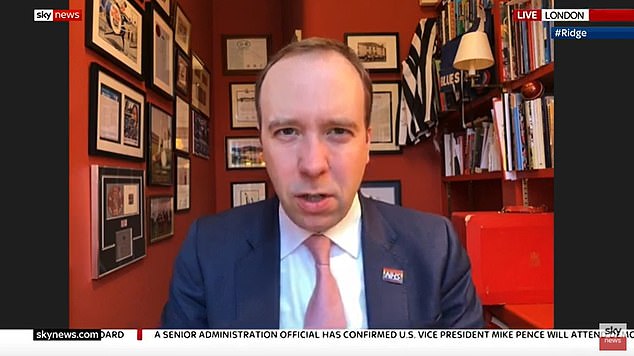 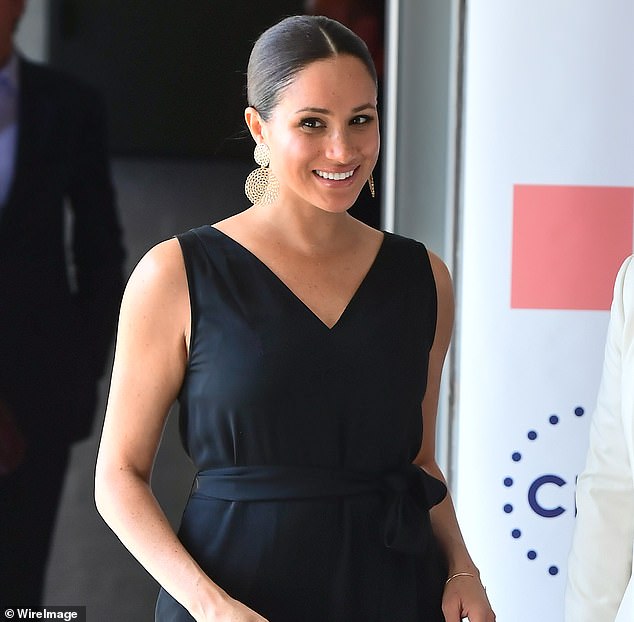 TALK OF THE TOWN: Meghan Markle left furious at the pal who hated her emojis 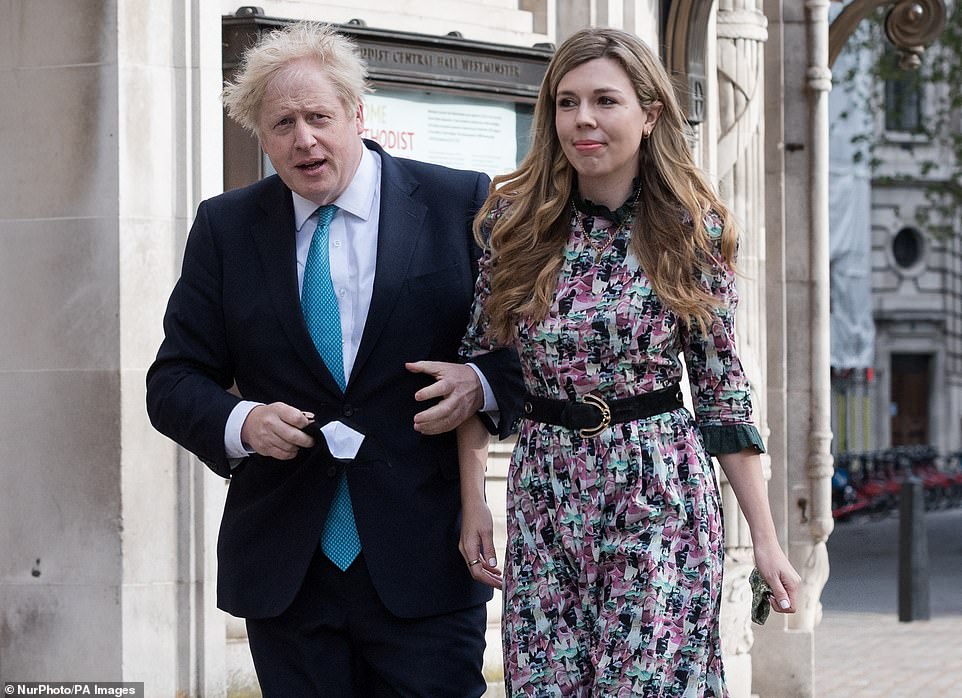 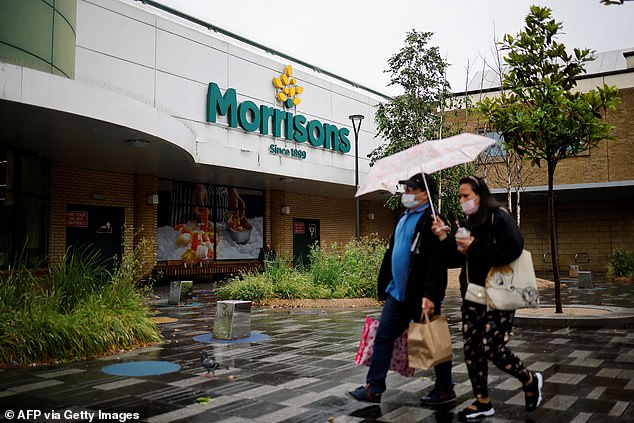