Political satirist Bill Maher has defended Hollywood actor Armie Hammer following allegations of abuse and sexual misconduct from multiple women that have surfaced on social media over the past month.

The controversy around the 34-year-old actor sees him accused of emotional and physical abuse by a number of women.

But on Real Time with Bill Maher on Friday night, the comedian suggested that the women involved would have known what they were getting themselves into from the very start. 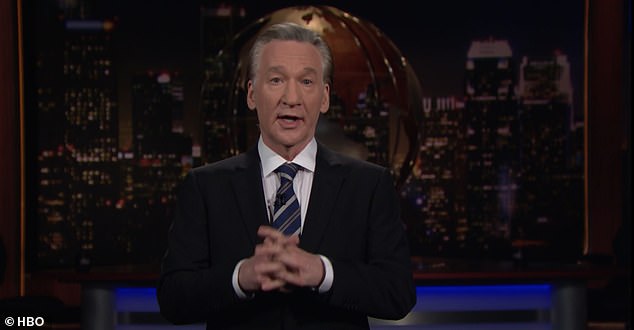 On his HBO talk show, Bill Maher, defended Hollywood actor Armie Hammer suggesting the women involved ‘knew what they were getting themselves into.’ 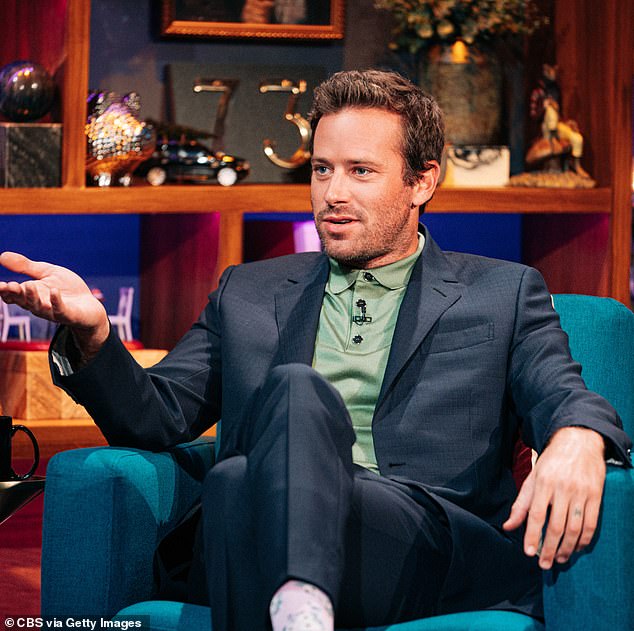 ‘I think we can talk about this in relation to where feminism is, because apparently, Armie Hammer has a predilection to tell his dates he wants to ‘eat’ them. And who wouldn’t want to be eaten by Armie Hammer? Come on,’ Maher started.

‘Apparently this is something called ‘ethical human cannibal fetishism.’ No actual women were eaten in the making of this movie. They were just talking. They have his texts, where he was saying things like, ‘I want to take your rib out and boil it with barbecue sauce,’ says Maher.

‘My point is that the women who are objecting to this now, who went out with Armie Hammer—willingly—and stayed in—willingly—and there wasn’t physical bad stuff happening, OK… we can all agree that’s intolerable—but if there wasn’t any physical coercion, why isn’t this just filed under, ‘That seemed like a good idea at the time—to let Armie Hammer eat me—but it really wasn’t.’ It seems like we don’t have any ownership anymore of our own choices.’

Hammer began trending online earlier this month after a series of sexually graphic Instagram DMs that he allegedly wrote to a woman were leaked publicly by an anonymous, now-private account, House of Effie.

The messages then became conflated with actual allegations of coercion and emotional and physical abuse.

As a result, he has exited multiple film projects in recent weeks over graphic messages he allegedly sent several women over social media.

Hammer also was dropped Friday by his talent agency, WME, and his publicist has stepped away from working with him as well. 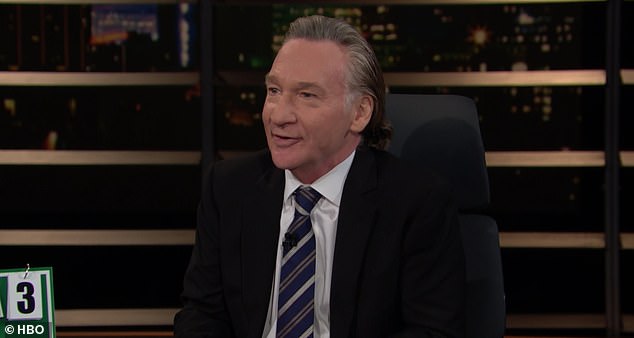 Armie’s ex-lover, Paige Lorenze, told  that he allegedly wanted to remove one of her ribs and eat it.

‘In non-sexual settings he asked me on multiple occasions to remove my ribs,’ she said. ‘He wanted to find a doctor in LA to like, remove the ribs that I don’t need. And he wanted to, like, he has a smoker at his house in L.A. and he wanted to smoke it and eat it.’

The model admitted that she took it as ‘dark humor’ at first, before he made the request ‘five times’ — to the point that she believed it was more of a ‘serious thing.’

‘He would always say, “I wonder what it tastes like, I bet it tastes good,” stuff like that,’ she claimed.

When asked if she thought the actor would have really eaten her ribs, Lorenze responded firmly: ‘100 percent.’ 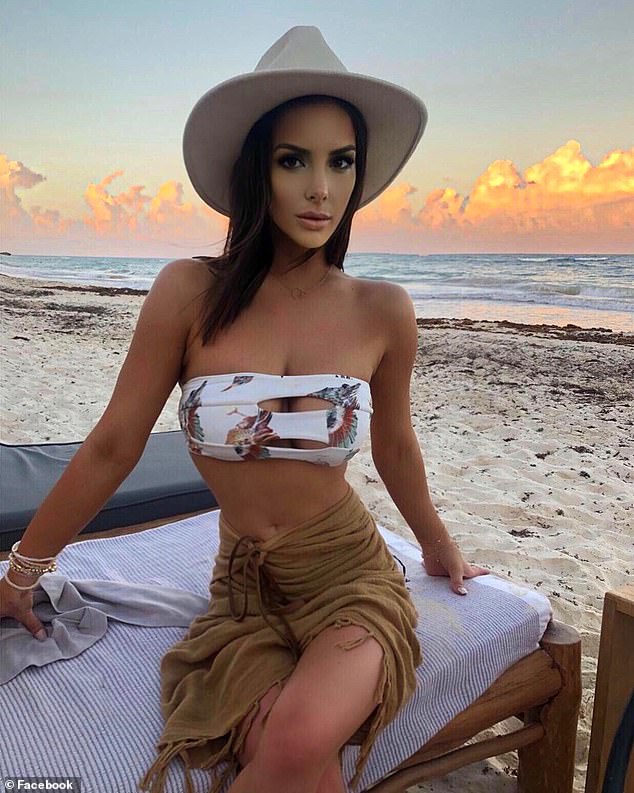 Hammer’s ex-girlfriend, Courtney Vucekovich, told DailyMail.com in an exclusive interview that the star was into ‘master-slave fetishes’ and told her he wanted to break and eat her ribs

Hammer’s ex-girlfriend, Courtney Vucekovich, told DailyMail.com in an exclusive interview that the star was into ‘master-slave fetishes’ and told her he wanted to break and eat her ribs.

The Dallas-based app founder said she met Hammer in June through mutual friends, and from the beginning he was ‘intoxicating.’

‘He’s a very charming, intense human being. But once you start talking to him, he’s pretty aggressive right from the start. Not violent, but just sexually aggressive in the way he speaks,’ she said. 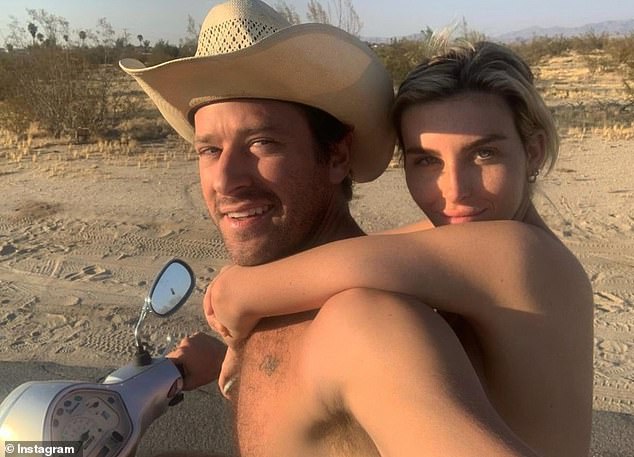 Another woman, 22-year-old Paige Lorenze, claimed Hammer sent around nude photos of her to other people without her consent and then emotionally manipulated her into letting him bruise her

Another woman, 22-year-old Paige Lorenze, claimed Hammer sent around nude photos of her to other people without her consent and then emotionally manipulated her into letting him bruise her, encouraging her to ‘show off’ the marks and to ‘be proud’ of them.

On Maher’s show, Real Time, he defended Hammer suggesting that everything between the women was ‘consensual’.

‘I think he is exactly the guy in the book Fifty Shades of Grey, which was the most popular book ever, I think, with women… He’s this rich, handsome, movie star guy, and he’s got a kink.’

A panelist on the show, Time journalist Charlotte Alter, noted that some physicality occurred between Hammer and his accusers.

‘Some of the women have alleged that there was sort of some slapping around. One woman said he carved his initials into her body,’ Alter added.

Maher went on to blame Hammer’s accusers: ‘If you’re gonna swim with the alpha sharks, it’s not gonna come out well in the end. Shouldn’t you know that? I mean, is it really that hard to figure out without the law getting involved?’ claimed Maher, adding, ‘He’s a cad!’

A lawyer for Hammer has categorically denied the allegations against him, calling them ‘patently untrue’.

‘Any interactions with this person, or any partner of his, were completely consensual in that they were fully discussed, agreed upon, and mutually participatory,’ Hammer’s attorney said in a statement to DailyMail.com. 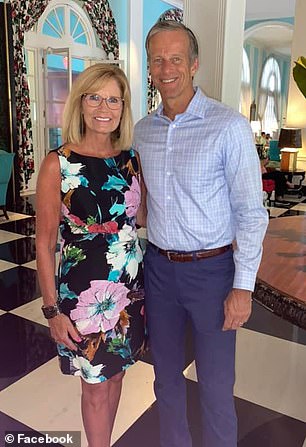 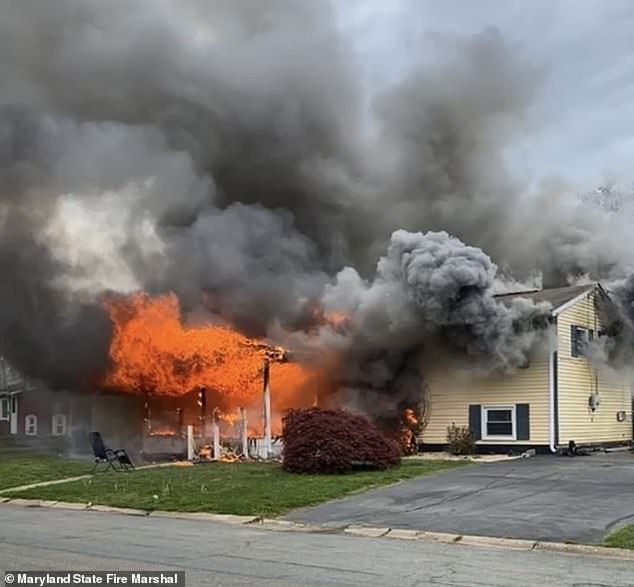 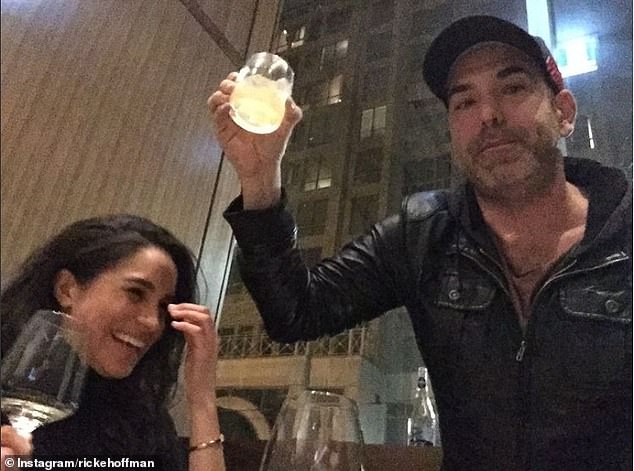 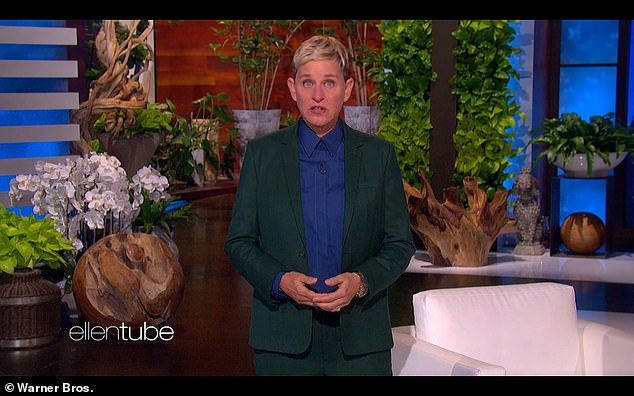 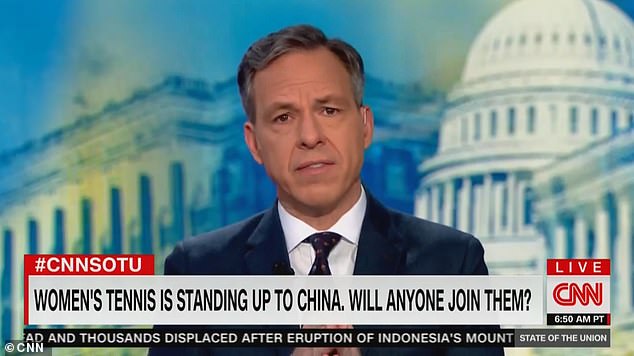 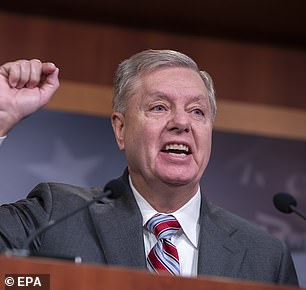 Lindsey Graham told Trump ‘you f***ed your presidency up’ 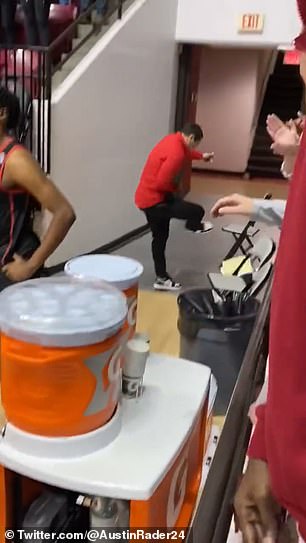