Evan, 33, and singer Manson, real name Brian Warner, 52, got engaged in January 2010 after a three year romance, but called off their engagement in August 2010.

They met when she was aged 18 and he was 18 years her senior.

Evan alleged in her statement released on Instagram on Monday: ‘The name of my abuser is Brian Warner, also known to the world as Marilyn Manson. 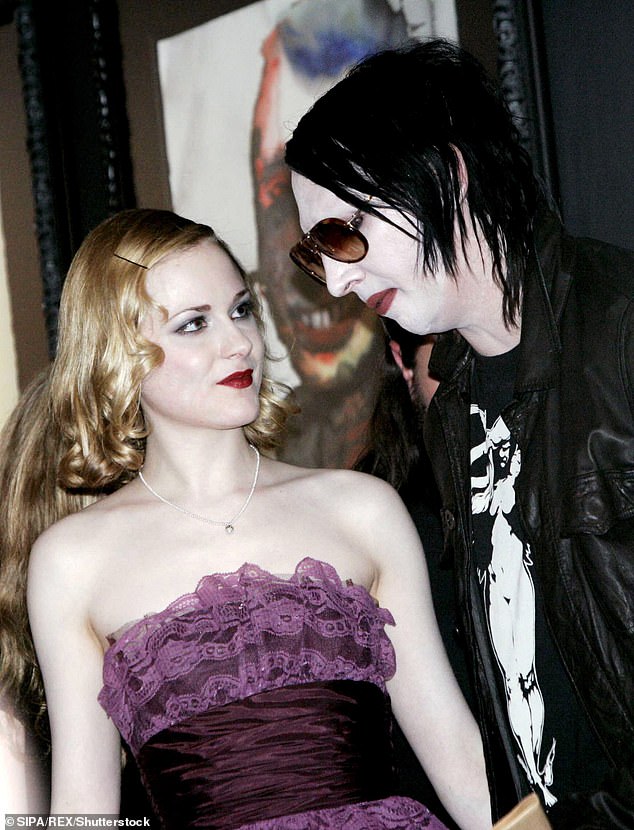 ‘He horrifically abused me for years’: Evan Rachel Wood, 33, has alleged ex-fiancé Marilyn Manson, 52, ‘groomed and brainwashed her as a teenager’ (pictured in June 2007) 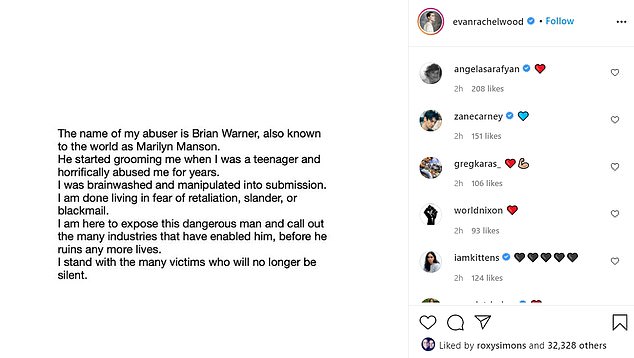 Words: Evan released this statement on Instagram on Monday with fans expressing their support – Manson’s reps have ‘categorically denied’ similar accusations in the past

‘He started grooming me when I was a teenager and horrifically abused me for years.

Evan continued: ‘I was brainwashed and manipulated into submission. I am done living in fear of retaliation, slander, or blackmail.

‘I am here to expose this dangerous man and call out the many industries that have enabled him, before he ruins any more lives. 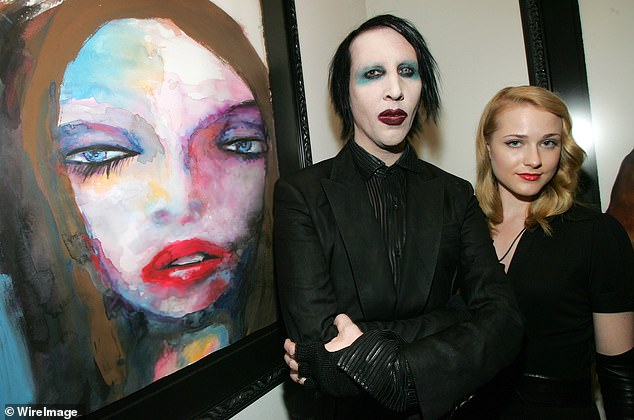 Evan said: ‘I was brainwashed and manipulated into submission. I am done living in fear of retaliation, slander, or blackmail’ (pictured in 2006)

She concluded: ‘I stand with the many victims who will no longer be silent.’

Manson’s reps have ‘categorically denied’ similar accusations in the past.

The four other women who made allegations about Manson on Monday…

‘I continue to suffer from PTSD, and struggle with depression. I stayed in touch with quite a few people who went through their own traumas, under his control. As we all struggled, as survivors do, to get on with our lives, I’d keep hearing stories disturbingly similar to our own experiences. It became clear the abuse he’s caused; he continues to inflict on so many and I cannot stand by and let this happen to others. Brian Warner needs to be held accountable.’

‘I have been afraid to bring any spotlight upon myself as to avoid winding up in his crosshairs again. As a result of the way he treated me, I suffer from mental health issues and PTSD that have affected my personal and professional relationships, self-worth and personal goals. I believe he gets off on ruining people’’s lives. I stand in support of all that have and all will come forward. I want to see Brian held accountable for his evil’

I have night terrors, PTSD, anxiety, and mostly crippling OCD. I try to wash constantly to get him out or off of me. … I am coming forward so he will finally stop.’

‘It has taken me five years to speak out and say that I was in an abusive relationship. I have been diagnosed with PTSD and still suffer from nightmares. I blocked out a lot of the memories, but the feelings remain and manifest in various ways. The reason I’m finally sharing this traumatic experience is for my healing and because I’m done being silent. I don’t believe it’s fair for someone to not be held accountable for their horrific actions. I’m not a victim. I’m a survivor.’

According to  at least four other women posted their own allegations against Manson.

They detailed ‘harrowing experiences that they claim included sexual assault, psychological abuse, and/or various forms of coercion, violence, and intimidation’.

And responding to a question about his relationship with ex, Evan, Manson said: ‘I have fantasies every day about smashing her skull in with a sledgehammer.’

He gave a shocking account of their relationship in Christmas 2008, saying: ‘Every time I called her that day—I called 158 times—I took a razor blade and I cut myself on my face or on my hands.

‘I wanted to show her the pain she put me through. It was like, ”I want you to physically see what you’ve done”.’

A rep for Manson previously released a statement to NME saying: ‘It is my understanding that Evan Rachel Wood dated multiple people around the time she was dating Manson.

‘Basic internet research will give you a host of other names that have not come up in any of our discussions.

‘Your next couple of points deal with comments Manson made in Spin magazine in 2009. Your confusion around the timeline of this is extremely worrying.

‘The comments in Spin where Manson had a fantasy of using a sledgehammer on Evan and he cut himself 158 times was obviously a theatrical rock star interview promoting a new record, and not a factual account.

‘The fact that Evan and Manson got engaged six months after this interview would indicate that no one took this story literally.’

They continued: ‘There are also numerous articles over multiple years where Evan Rachel Wood speaks very positively about her relationship with Manson.

‘In NetAPorters.com’s The Edit, she said: ”I wouldn’t trade any of [our relationship], Wood told the mag.” I appreciate everything he taught me. I just don’t think we were right for each other.’ 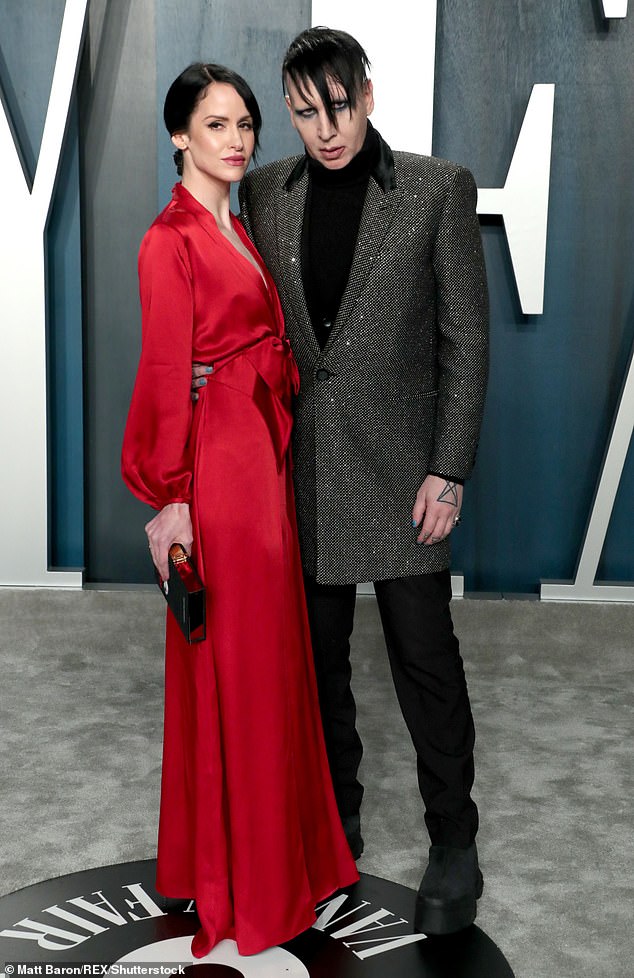 In 2018, Evan testified in front of Congress and detailed a harrowing account of sexual and physical abuse with a partner who she did not name.

She gave the testimony to push for all 50 states to adopt the Sexual Assault Survivors’ Bill of Rights Act.

She detailed ‘sick rituals of binding me up by my hands and feet to be mentally and physically tortured until my abuser felt I had proven my love for them.

‘In this moment, while I was tied up and being beaten and told unspeakable things, I truly felt like I could die.

‘Not just because my abuser said to me, ”I could kill you right now,” but because in that moment I felt like I left my body and I was too afraid to run. He would find me.’ 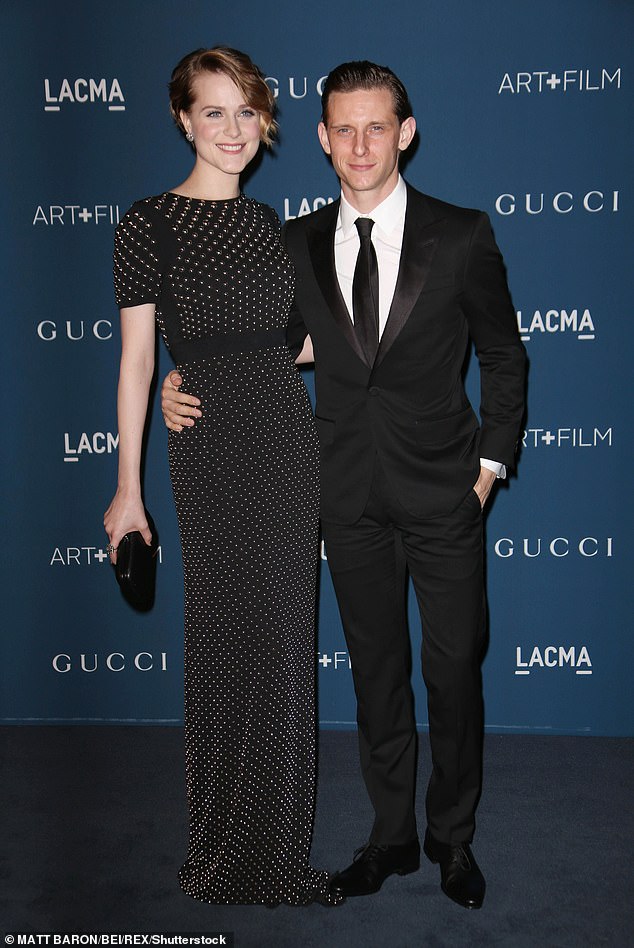 Ex files: Evan later went on to marry actor Jamie Bell, 34, and they have a son, seven, together. They separated in 2014 following a two-year marriage (pictured in 2013)

She also said: ‘My experience with domestic violence was this: Toxic mental, physical and sexual abuse which started slow but escalated over time, including threats against my life, severe gaslighting and brainwashing, waking up to the man that claimed to love me raping what he believed to be my unconscious body.’

wrote that in May of 2018, a police report was filed against Manson citing unspecified sex crimes that allegedly took place in 2011.

In August of 2018, the Los Angeles District’s Attorney office announced that it was declining to pursue that case because of a lack of corroborating evidence.

Manson’s attorney, Howard E. King, told The Hollywood Reporter that the ‘allegations made to the police were and are categorically denied by Mr. Warner and are either completely delusional or part of a calculated attempt to generate publicity…. . … Any claim of sexual impropriety or imprisonment at that, or any other, time is false.’

MailOnline has contacted reps for both Evan Rachel Wood and Brian Warner for further comment.

Evan later went on to marry actor Jamie Bell, 34, and they have a son, seven, together. They separated in 2014 following a two-year marriage.

In 1999, he got engaged to Charmed actress Rose McGowan, 47, but she called off the engagement in 2001, blaming ‘lifestyle differences.’ 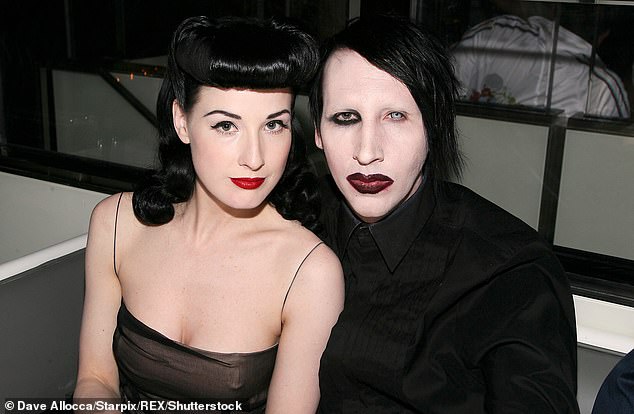 Former love: Manson was married to burlesque performer Dita Von Teese from 2005-2007, (pictured together in May 2006) 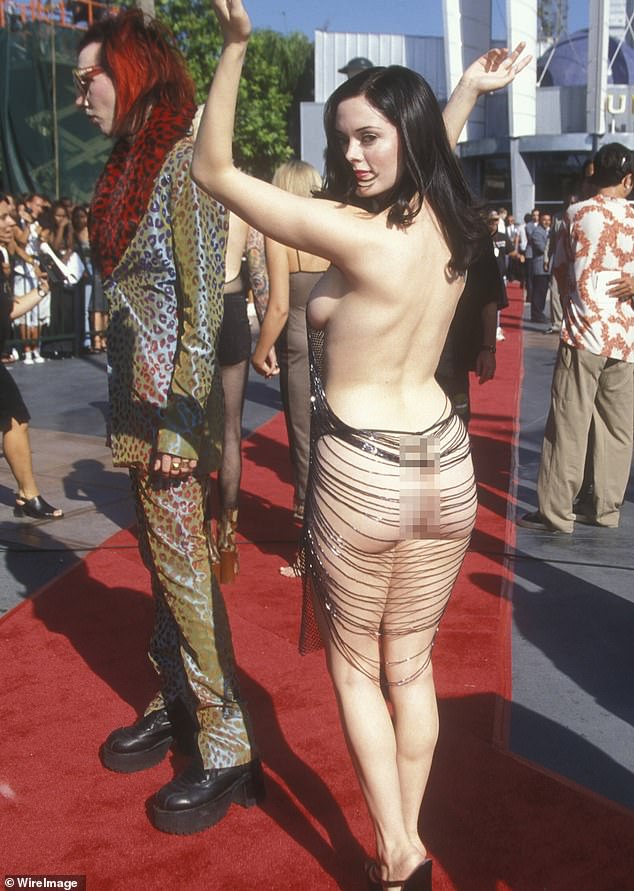 Charmed: In 1999, he got engaged to actress Rose McGowan, 47, but she called off the engagement in 2001, blaming ‘lifestyle differences’, (pictured together in 1998) 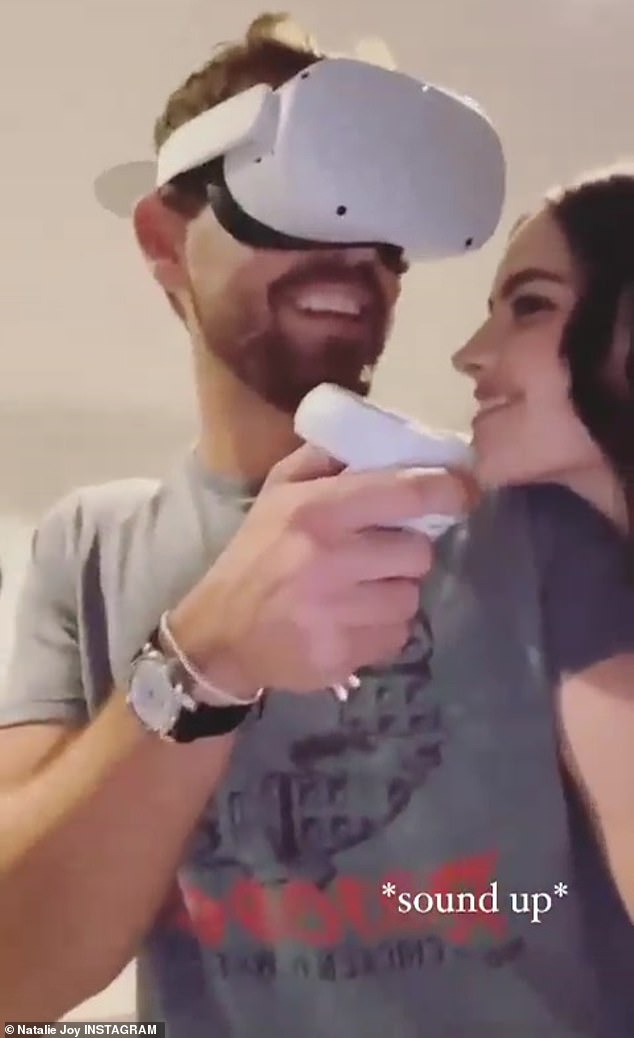 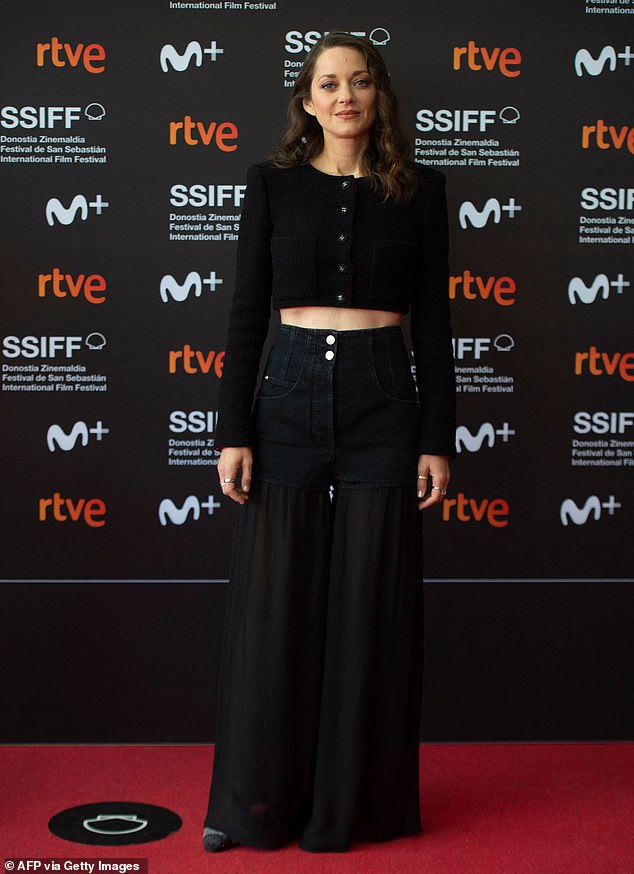 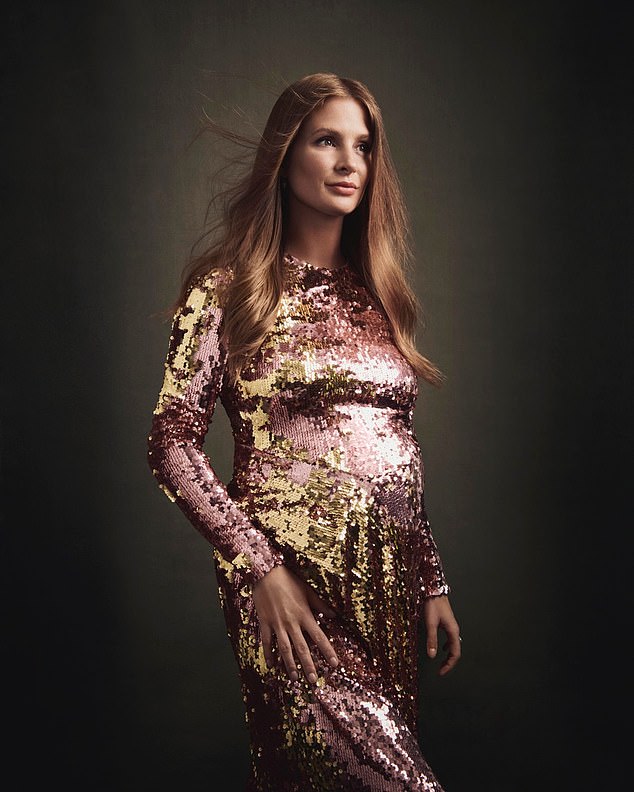 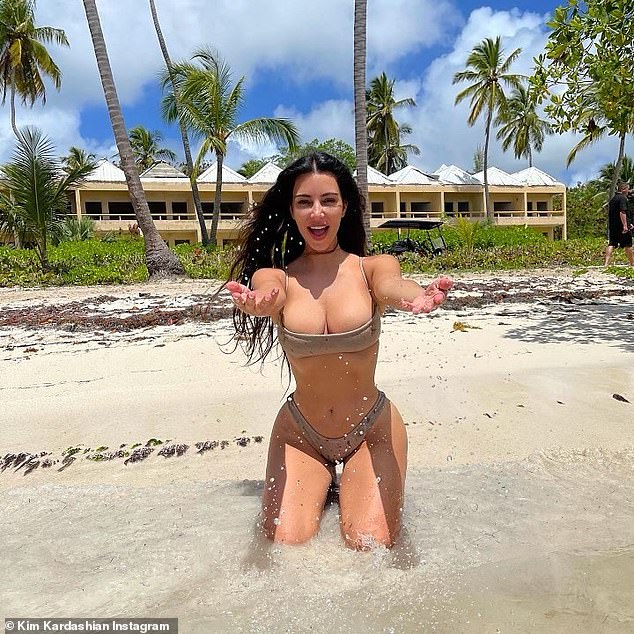 Kim Kardashian is ‘being pursued by royals, billionaires and A-listers’ amid Kanye West divorce 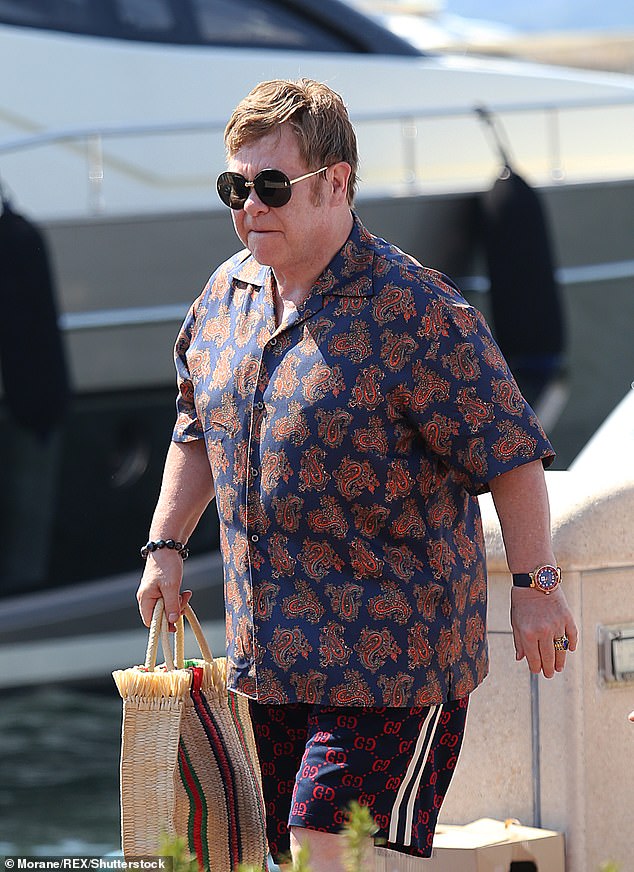 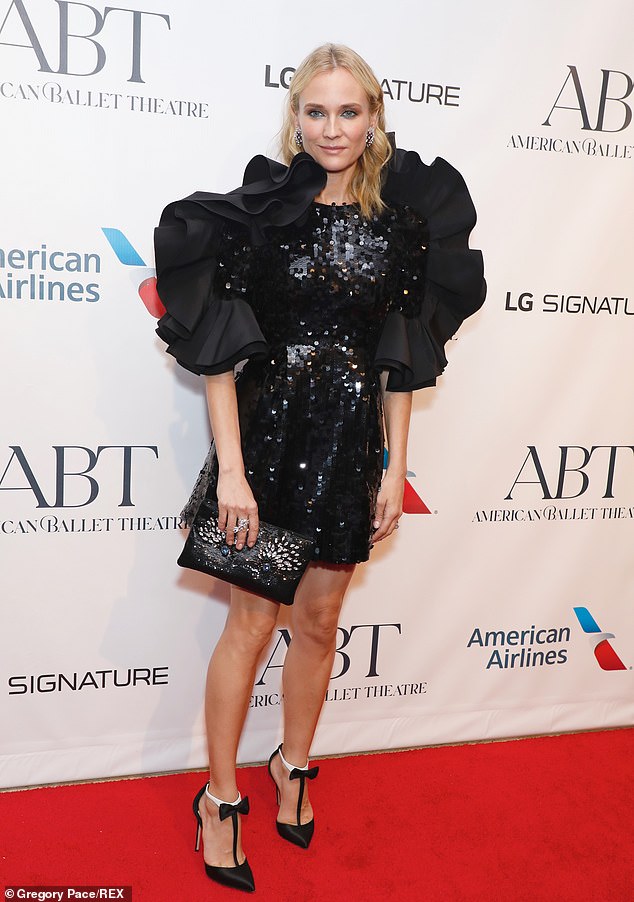 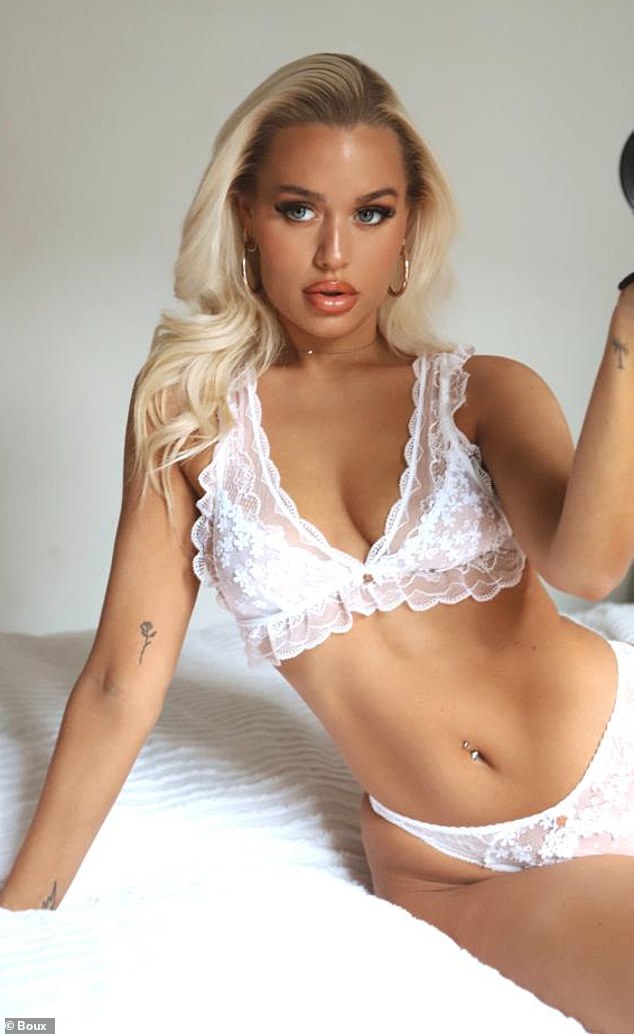