has been accused of pedaling a ‘dark fantasy’ about the in a bid to ‘terrify’ Americans into submission.

The New York congresswoman on Wednesday night claimed the party has had an influx of ‘legitimate white supremacists’ into its ranks. In the aftermath of the Capitol riots, she told of fearing for her life and even feeling unsafe among her Congressional colleagues, whose motives she distrusted.

On Friday night host Tucker Carlson charged Ocasio-Cortez with stirring up dangerous panic in the country, and creating yet more division.

Carlson railed against ‘power-mad members of Congress dividing people by race, so they can conquer’ and played his viewers a clip of the 31-year-old’s appearance on MSNBC on Wednesday. 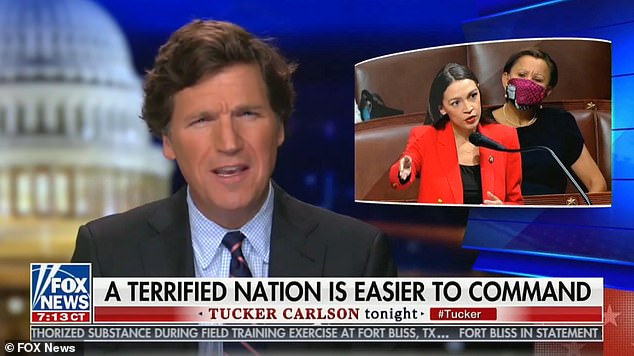 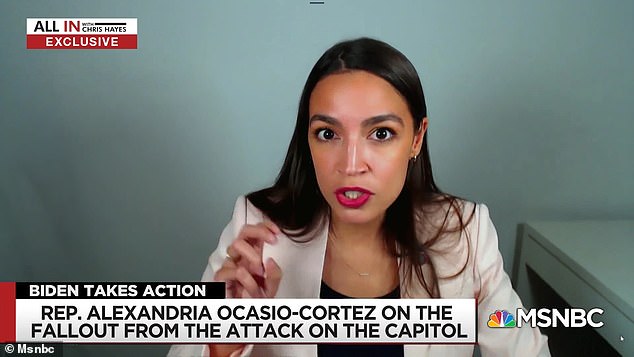 Ocasio-Cortez urged Kevin McCarthy, the leader of House Republicans, to take action against those in his party who she believed had crossed a line.

‘There are no consequences in the Republican caucus for violence,’ said Ocasio-Cortez.

Carlson, on Friday, said Ocasio-Cortez was ‘a tool of corporate power, posing as a truth teller.’

He said: ‘Look at her campaign contributions. Who is supporting her campaign: people who want to change the subject away from economics to identity politics.’

Ocasio-Cortez’s biggest donor is the University of California, according to , followed by Google’s parent company Alphabet and the City of New York.

Carlson continued: ‘Listen specifically to what she says, and think about the effect on the people listening, people standing in airports will hear her say that.

‘Fealty to white supremacist organizations as a political tool. What does that even mean? We are not sure who she’s talking about,’ he said.

‘Apparently the Republican party and its grand leader Kevin McCarthy of California. 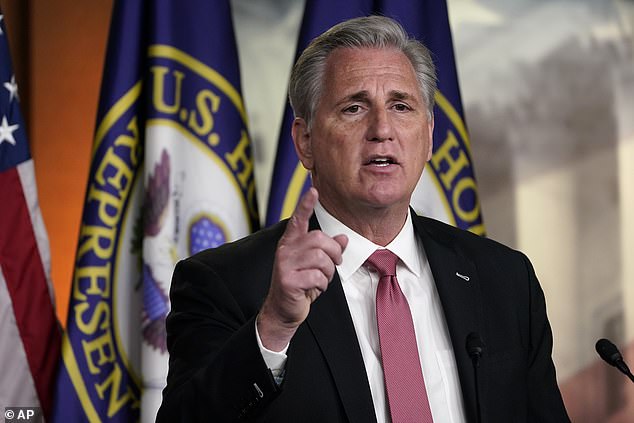 ‘That’s not true, but it’s worse than that. This is a fantasy, it’s a very dark fantasy, designed to terrify people and make them easier to command.’

Carlson’s accusations came hours after Republican lawmakers demanded Ocasio-Cortez apologize to Senator Ted Cruz for accusing him of almost having her murdered during the January 6 insurrection on Capitol Hill.

On Thursday, Cruz had tweeted at AOC, as she is known, that he agreed with her that Congress should investigate Robinhood’s decision to block GameStop trades.

‘I am happy to work with Republicans on this issue where there’s common ground, but you almost had me murdered 3 weeks ago so you can sit this one out,’ Ocasio-Cortez replied on Twitter.

‘Happy to work w/ almost any other GOP that aren’t trying to get me killed. In the meantime if you want to help, you can resign.’

Two of Cruz’s colleagues in the House have since condemned her response. 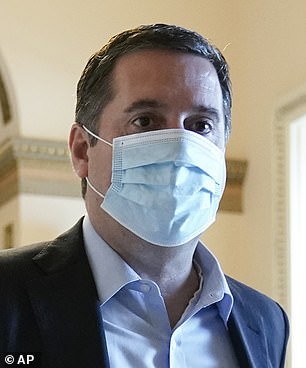 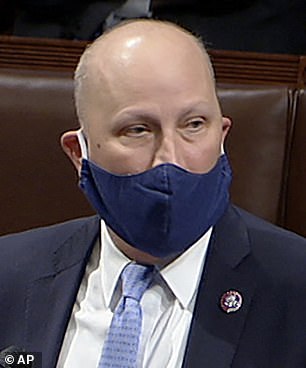 Republicans Reps. Devin Nunes (left) and Chip Roy (right) have both voiced anger at AOC over her comments about Ted Cruz, with Roy writing a letter to House Speaker Nancy Pelosi demanding that the New York Democrat apologize 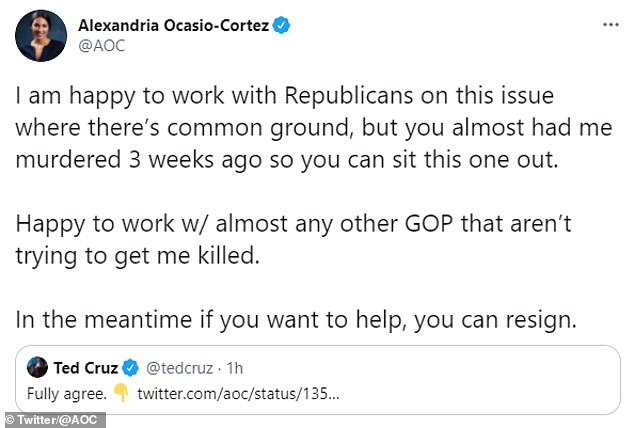 AOC declined the invitation to work with Sen. Ted Cruz saying, ‘you almost had me murdered 3 weeks ago,’ for his role in inspiring the Capitol insurrection. Cruz was among a group of Republican senators who gave weight to then President Donald Trump’s lie about voter fraud

Devin Nunes, a California Republican and ally of former President Donald Trump, told Sean Hannity on Fox News Channel Thursday night that ‘socialist revolutionaries’ like AOC are doing their best to promote that Republicans are evil.

Chip Roy, a Texas Republican, sent a letter to House Speaker Nancy Pelosi demanding that Ocasio-Cortez apologize of ‘we will be forced to find alternative means to condemn this regrettable statement,’ he said.

‘It has come to my attention that Representative Alexandria Ocasio-Cortez sent out a tweet a few hours ago in which she accused Senator Ted Cruz, in essence, of attempted murder,’ Roy wrote.

‘As a member of this body who disagreed with “objections” to the electors and who has expressed publicly my concerns about the events leading to January 6th, it is completely unacceptable behavior for a Member of Congress to make this kind of scurrilous charge against another member in the House or Senate for simply engaging in speech and debate regarding electors as they interpreted the Constitution.

‘I ask you to call on her to immediately apologize and retract her comments,’ he said.

Cruz said that ‘there’s a lot of partisan anger and rage on the Democratic side’ when asked about AOC’s response to his invitation to work together.

‘It’s, it’s not healthy for our country, it’s certainly not conducive of healing or unity, but everyone has to decide how they want to interact with others,’ the Texas Republican said.

AOC reacted to that too.

‘Oh, there’s anger?’ she tweeted. ‘Now why would there be anger that Cruz amplified known lies about our election that fueled an insurrection that cost ppl’s lives?’

‘What does he think the logical response to his lies should be? A hug?’ she asked. 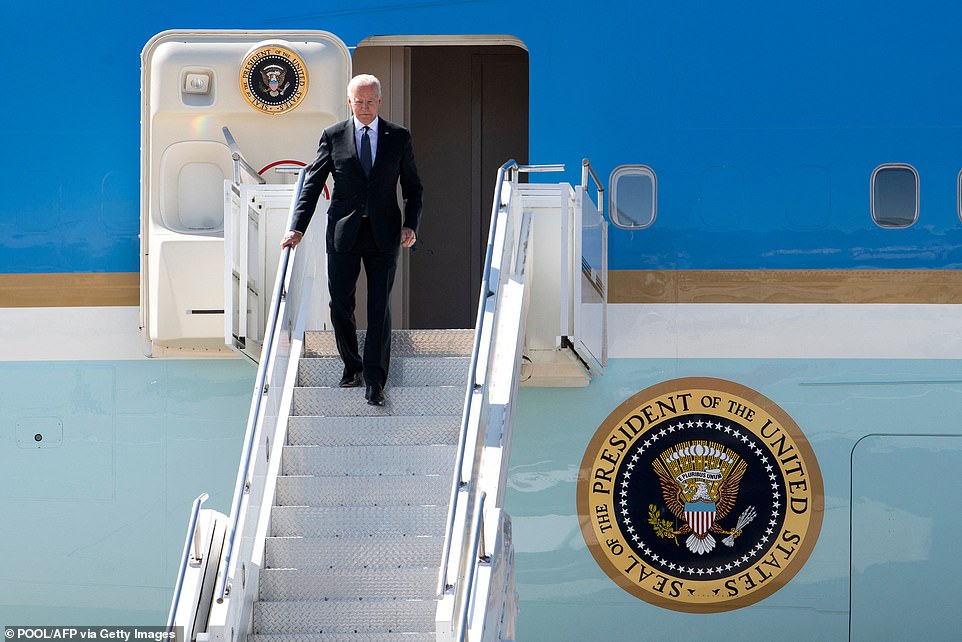 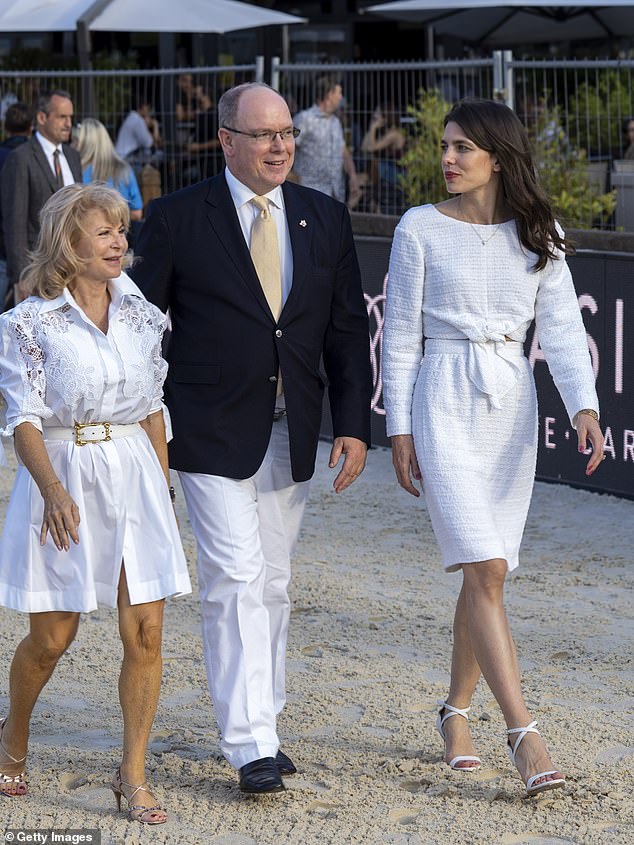 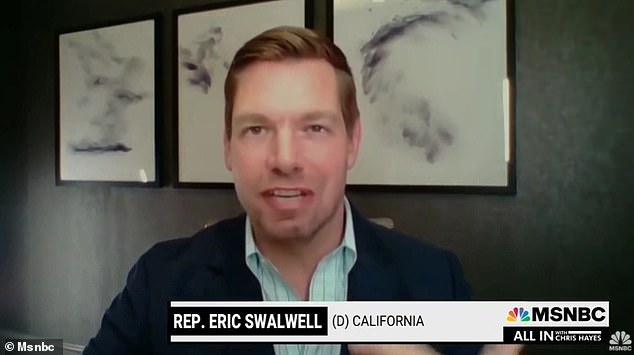 Swalwell: 2022 midterms could be country’s ‘last election’ if GOP wins 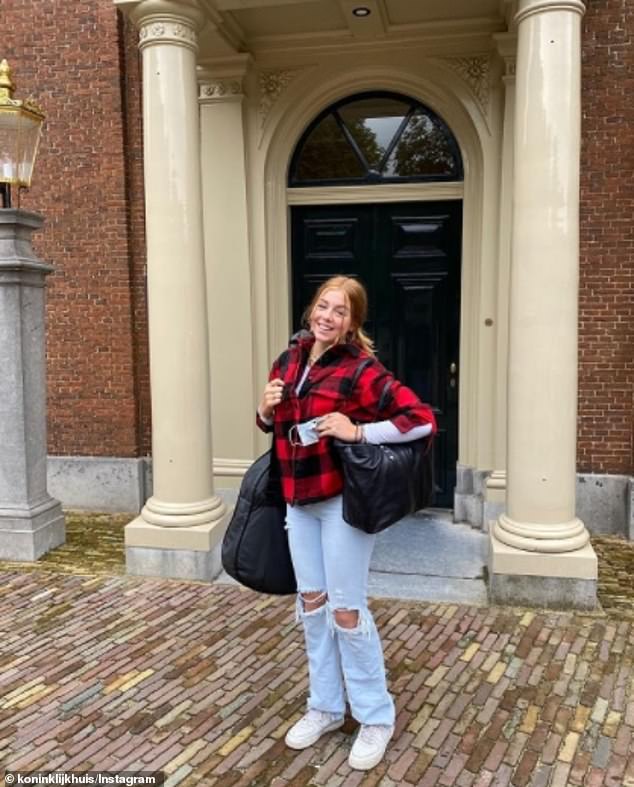 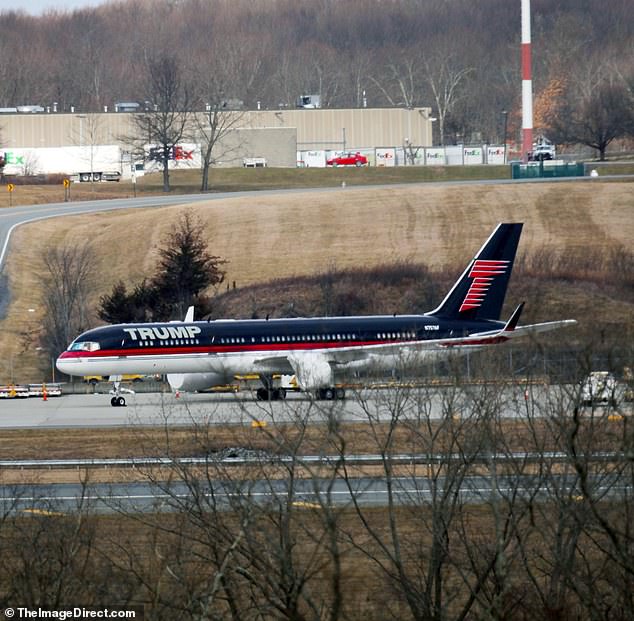 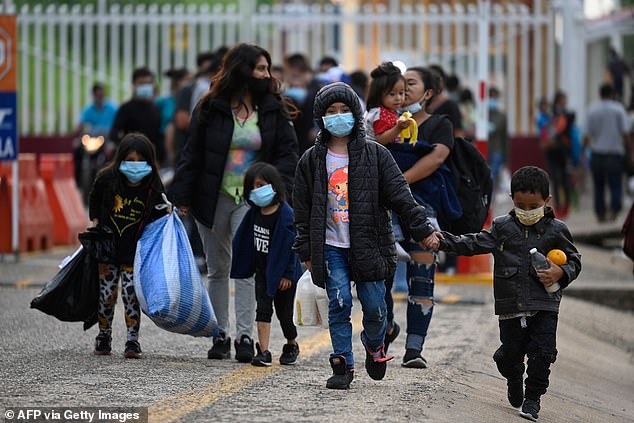