Rumer Willis has shared further images from her new underwear campaign while addressing the backlash she received after using the shoot to promote self-acceptance.

Taking to Instagram on Monday, the actress and singer, 32, posted three more shots from her recent collaboration with lingerie startup CUUP, little more than a day after confirming she had teamed up with the brand

In an intimate, understated shoot, carried out at Rumer’s home, she is captured modelling a variety of underwear styles while striking a series of natural poses. 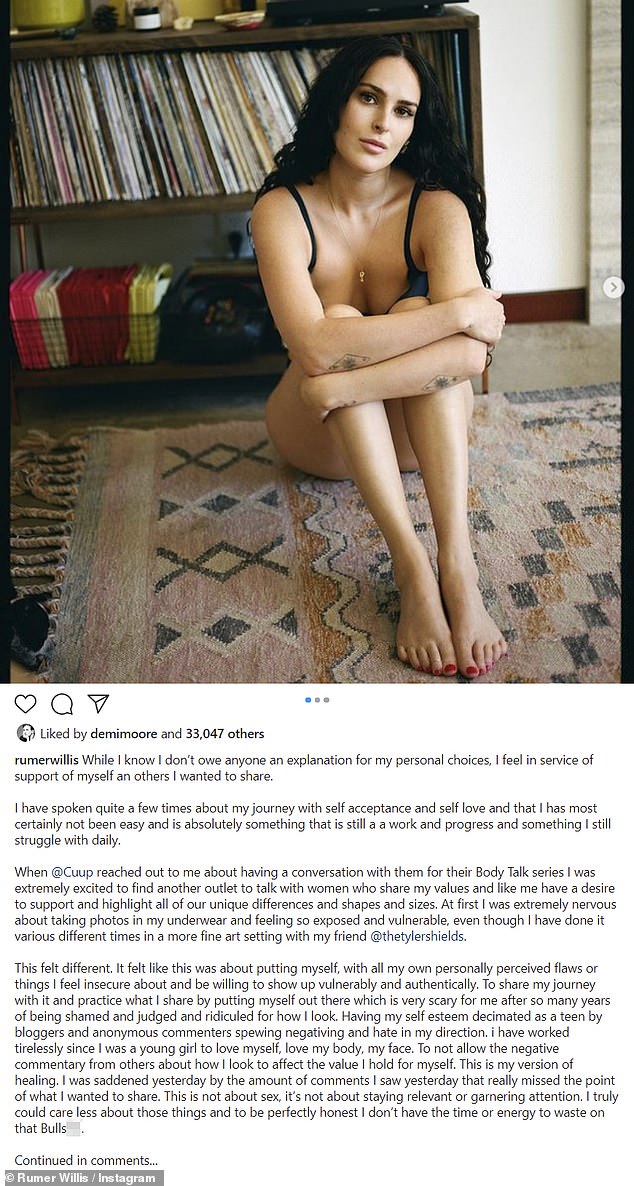 Speaking out: Rumer Willis has shared further images from her new underwear campaign while addressing the backlash she received after using the shoot to promote self-acceptance

Captioning the images, Rumer admitted she was keen to get involved with the brand’s Body Talk series – a new campaign launched to empower and support women – after struggling with self love and self acceptance for much of her life.

She wrote: ‘When @Cuup reached out to me about having a conversation with them for their Body Talk series I was extremely excited to find another outlet to talk with women who share my values and like me have a desire to support and highlight all of our unique differences and shapes and sizes.’

‘At first I was extremely nervous about taking photos in my underwear and feeling so exposed and vulnerable, even though I have done it various different times in a more fine art setting with my friend @thetylershields.’ 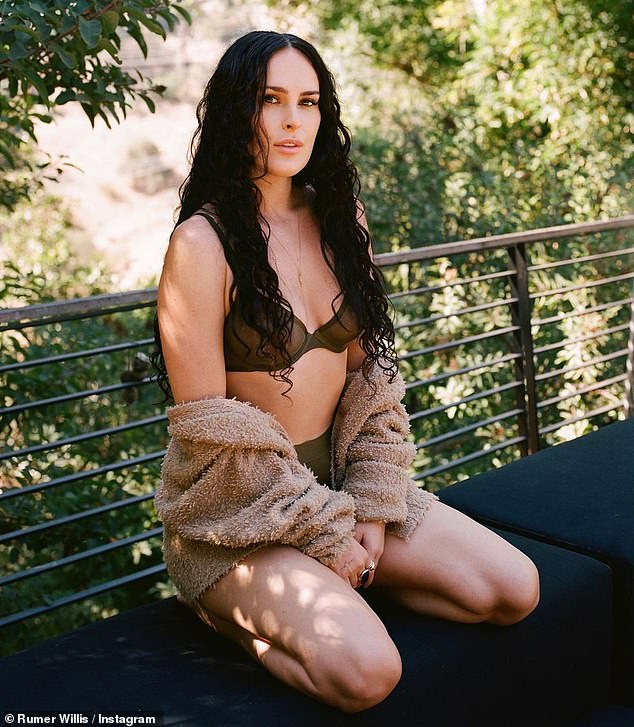 Looking good: Taking to Instagram on Monday, Rumer posted three more shots from her collaboration with lingerie startup CUUP, little more than a day after confirming she had teamed up with the brand

She added: ‘This felt different. It felt like this was about putting myself, with all my own personally perceived flaws or things I feel insecure about and be willing to show up vulnerably and authentically.

‘To share my journey with it and practice what I share by putting myself out there which is very scary for me after so many years of being shamed and judged and ridiculed for how I look.

‘Having my self esteem decimated as a teen by bloggers and anonymous commenters spewing negativing and hate in my direction. i have worked tirelessly since I was a young girl to love myself, love my body, my face. To not allow the negative commentary from others about how I look to affect the value I hold for myself. This is my version of healing.’ 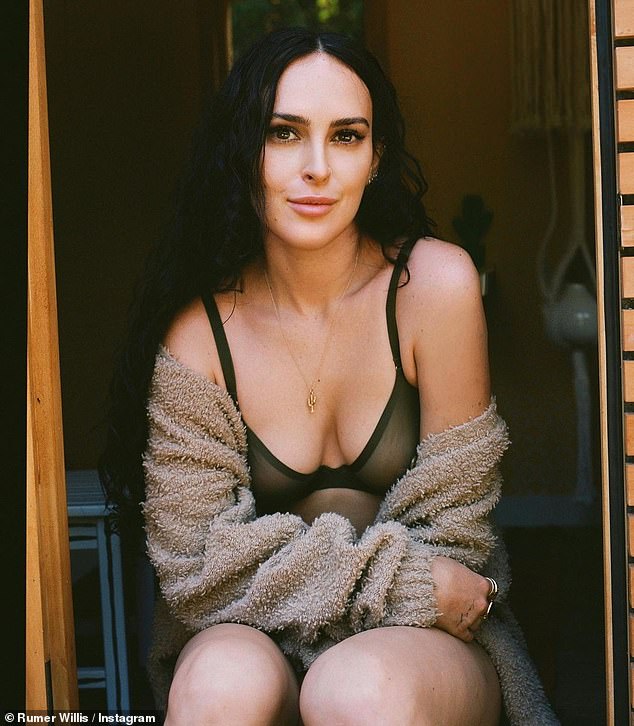 Tasteful: In an intimate, understated shoot, carried out at Rumer’s Los Angeles home, she is captured modelling a variety of underwear styles while striking a series of natural poses

The daughter of Bruce Willis and Demi Moore also hit out at critics after receiving a slew of negative comments relating to her work with CUUP the previous day.

She wrote: ‘I was saddened yesterday by the amount of comments I saw yesterday that really missed the point of what I wanted to share. This is not about sex, it’s not about staying relevant or garnering attention.

‘I truly could care less about those things and to be perfectly honest I don’t have the time or energy to waste on that Bulls**t.’ 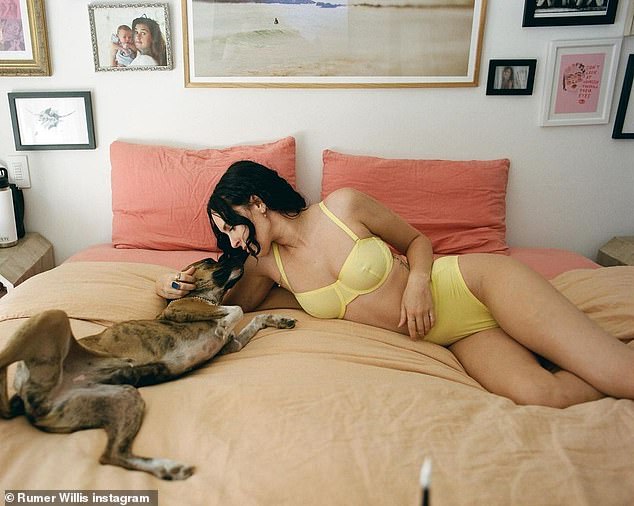 With Valentine’s Day around the corner, it’s easy to reach for red lingerie sets or anything made from lace but this season why not opt for sunshine hues?

Rumer Willis is our source of inspiration as she showed off this gorgeous yellow set by CUUP. The brand launched in 2018 and offer minimal yet flattering shapes that offer support, all whilst being stylish in sophisticated colourways.

Here Rumer is wearing ‘The Balconette’ bra and ‘The Highwaist’ briefs designed in a gorgeous citrine shade and cut from sheer mesh for a seductive touch.

The set is selling out fast, so click (right and below) to get your hands on the set. Missed out on your size? Check out the carousel for lovely lemon sets by Savage x Fenty, Oh Polly and Marlies Dekkers. 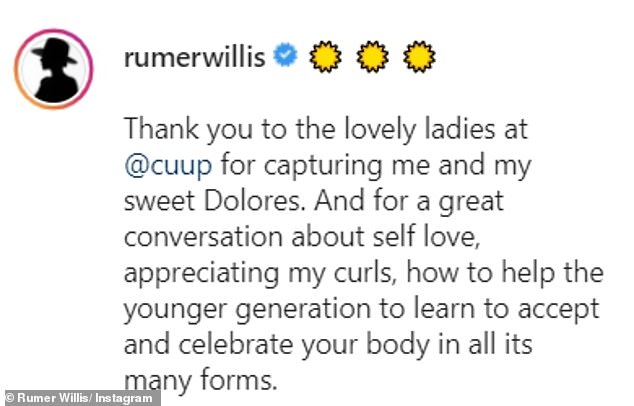 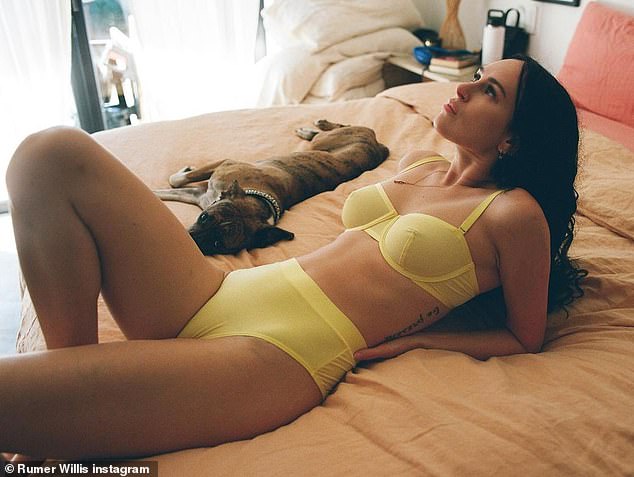 Previously: In posts shared with followers on Sunday, Rumer was pictured modelling a lemon yellow two-piece while reclining on her double bed with pet dog Dolores

In posts shared with followers on Sunday, Rumer was pictured modelling a lemon yellow two-piece while reclining on her double bed with pet dog Dolores.

Captioning the shots, she wrote: ‘Thank you to the lovely ladies at @Cuup for capturing me and my sweet Dolores. And for a great conversation about self love, appreciating my curls, how to help the younger generation to learn to accept and celebrate your body in all its many forms.’

However a faction of followers slammed the star for using her body instead of her brain to promote self-acceptance among women. 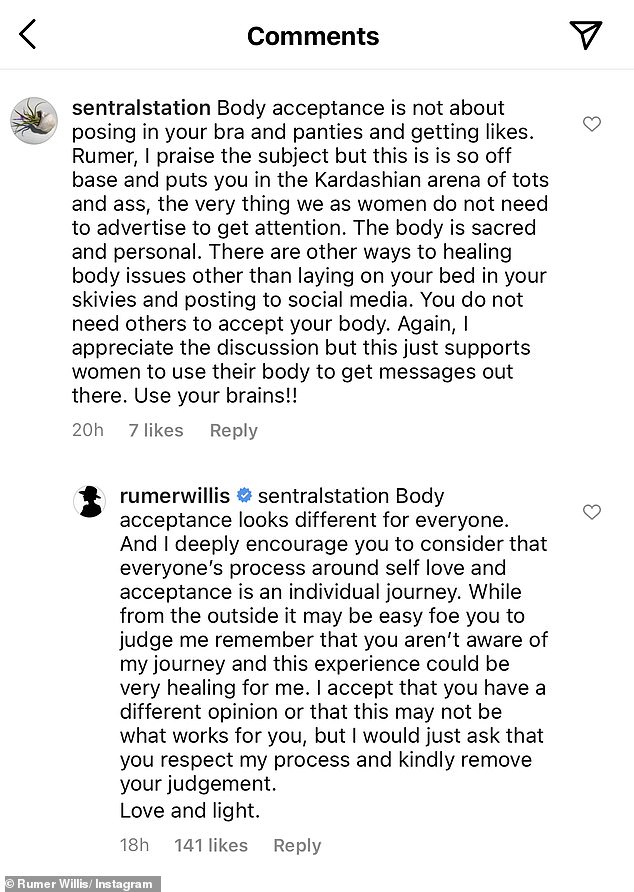 Not happy: However a faction of followers slammed the star for using her body instead of her brain to promote self-acceptance among women

Commenting on the post, one wrote: ‘Body acceptance is not about posing in your bra and panties and getting likes. Rumer, I praise the subject but this is is so off base and puts you in the Kardashian arena of tots and ass, the very thing we as women do not need to advertise to get attention.

‘The body is sacred and personal. There are other ways to healing body issues other than laying on your bed in your skivies and posting to social media. You do not need others to accept your body.

‘Again, I appreciate the discussion but this just supports women to use their body to get messages out there. Use your brains!!’

Responding to the post, Rumer urged the incensed to ‘respect’ her journey, while insisting that everyone’s version of self love is different.

‘Body acceptance looks different for everyone,’ she replied. ‘And I deeply encourage you to consider that everyone’s process around self love and acceptance is an individual journey.

‘While from the outside it may be easy for you to judge me remember that you aren’t aware of my journey and this experience could be very healing for me. I accept that you have a different opinion or that this may not be what works for you, but I would just ask that you respect my process and kindly remove your judgement.’ 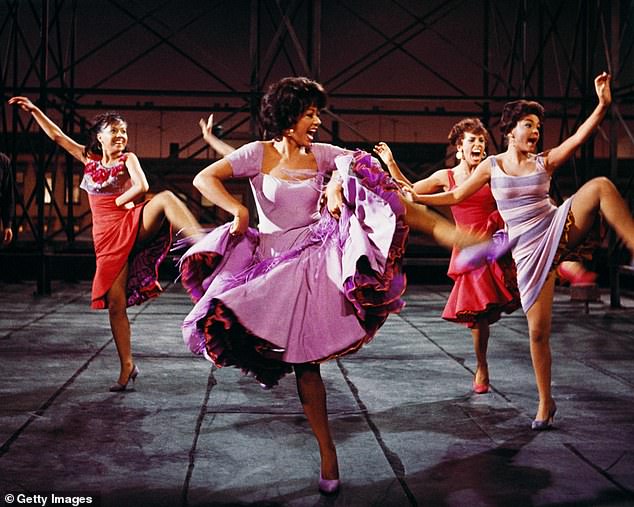 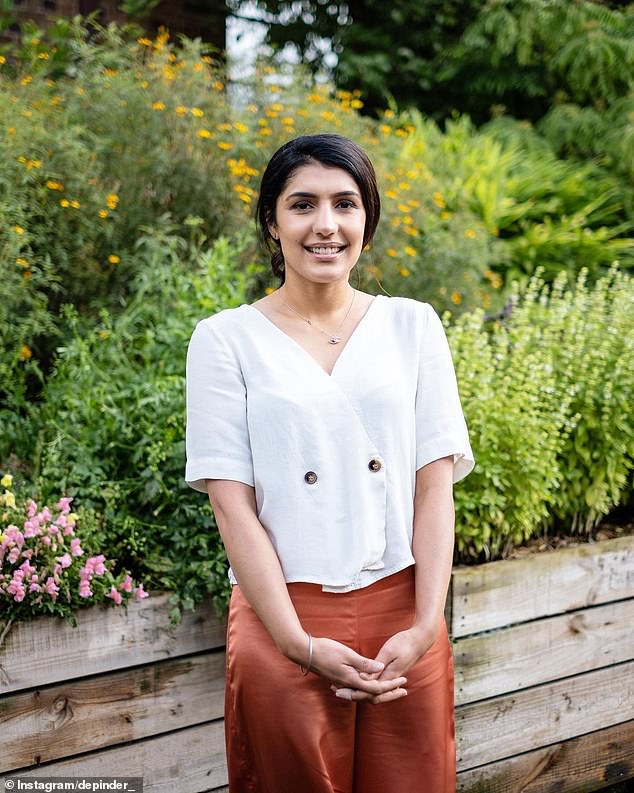 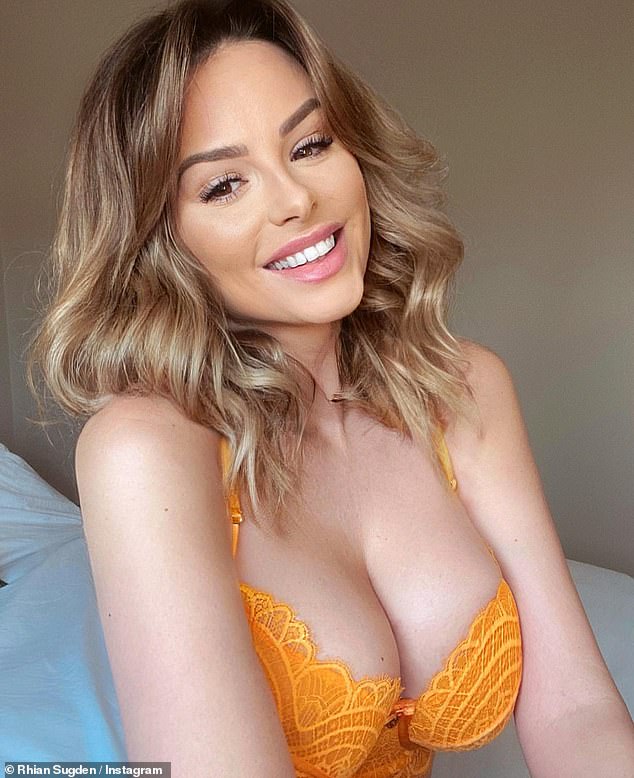 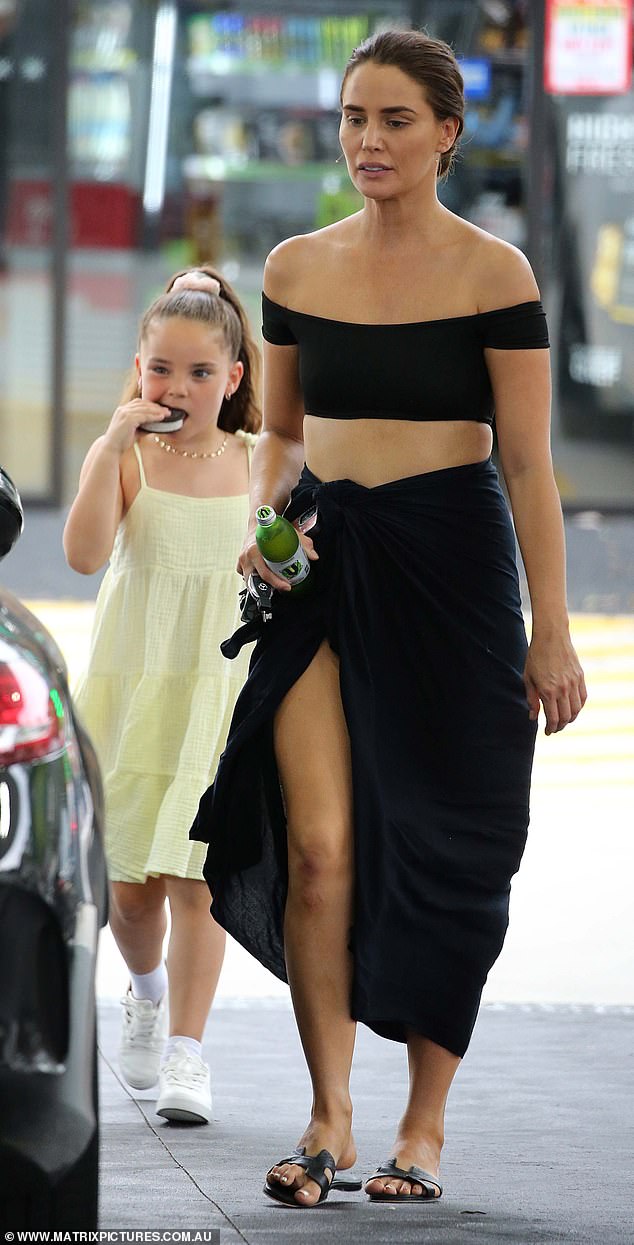 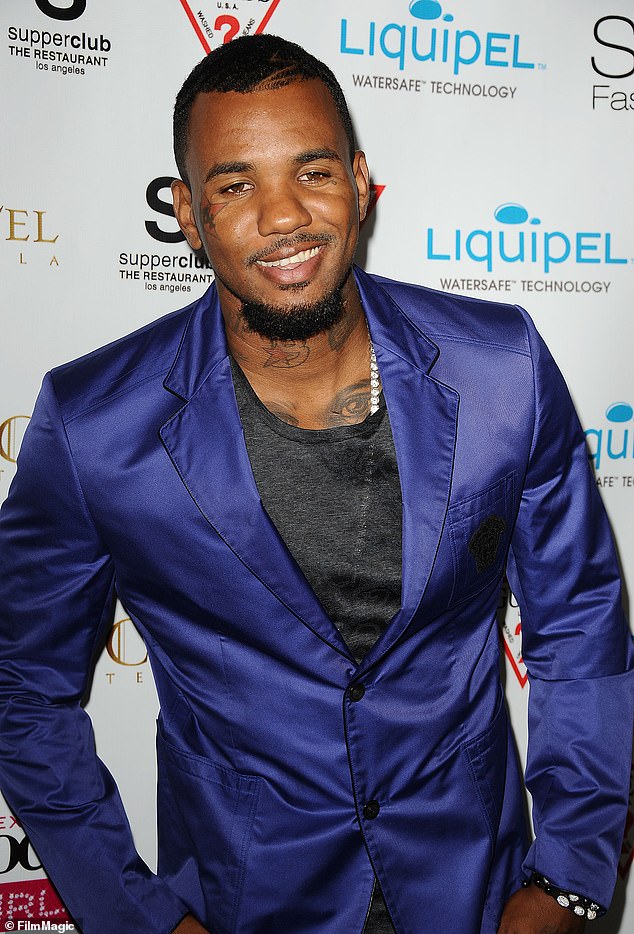 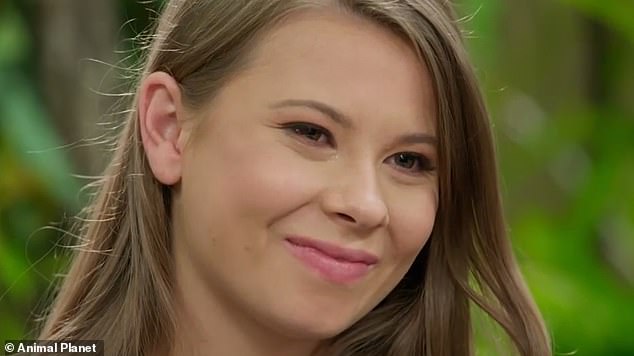 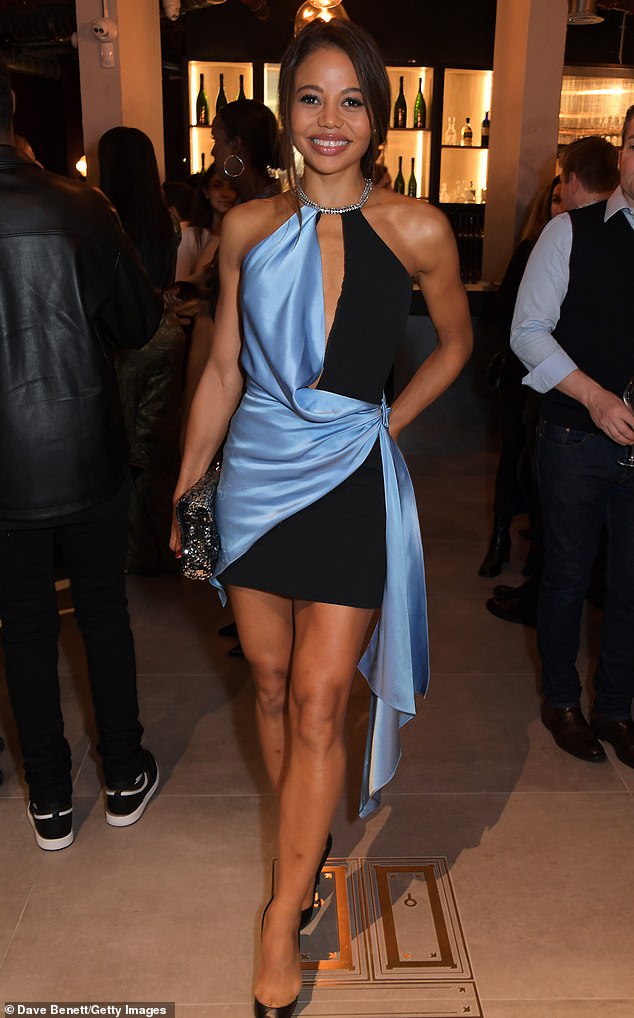